To read the rules for the runaway teen challenge go here.  The only rule so far that I am changing is the traits.  It says you can have only one helpful trait but seriously I didn't know what to pick!  I kept rolling the dice and getting things like evil and party animal.  So I took angler, gatherer, green thumb and dog person.  You might see that as cheating but oh well it's my game.  With seasons on she's going to have a really hard time of it so I want to give her some advantage.  I was reading some forums where people kept trying this challenge and their sims kept dying.  Craziness.  So I bulldozed a bigger lot and plopped down a 10x10 lot on the main island of Isla Paradiso away from everything else for her to hide.  All she has is a sleeping bag which she is very excited about and got the nicely decorated buff.  Teens, ya just never know eh?  I named her Sophie Marx.  I wanted her to be a relative of the Marx family from my legacy in a way.  She ran away after finding out that Ariella was going to try to have as many babies as possible.  (insert evil laughter here)  I got the name Sophie from MiaSims on youtube:

So here's my girl Sophie checking out her little (and man is it little) plot of land and sleeping bag. 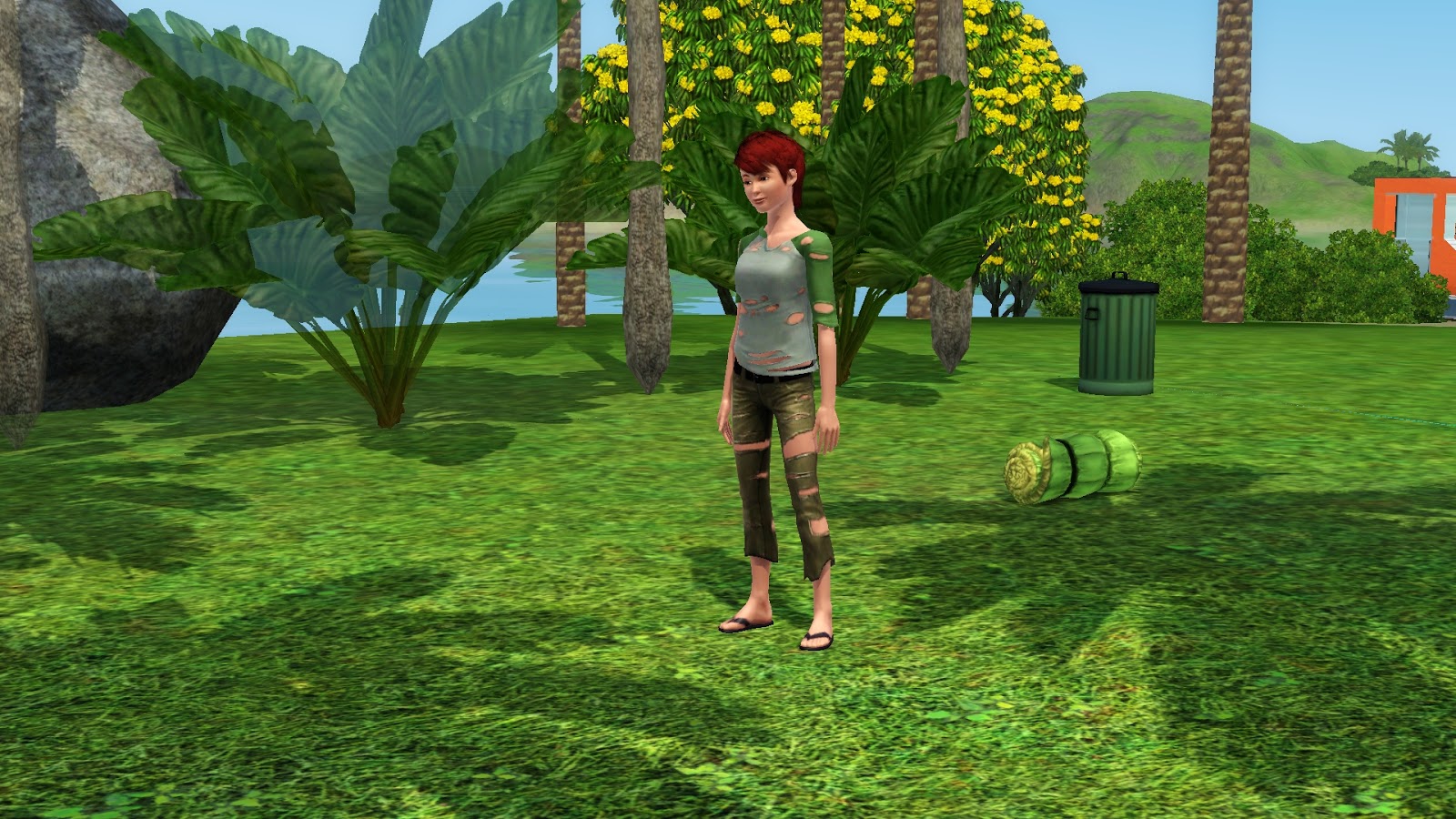