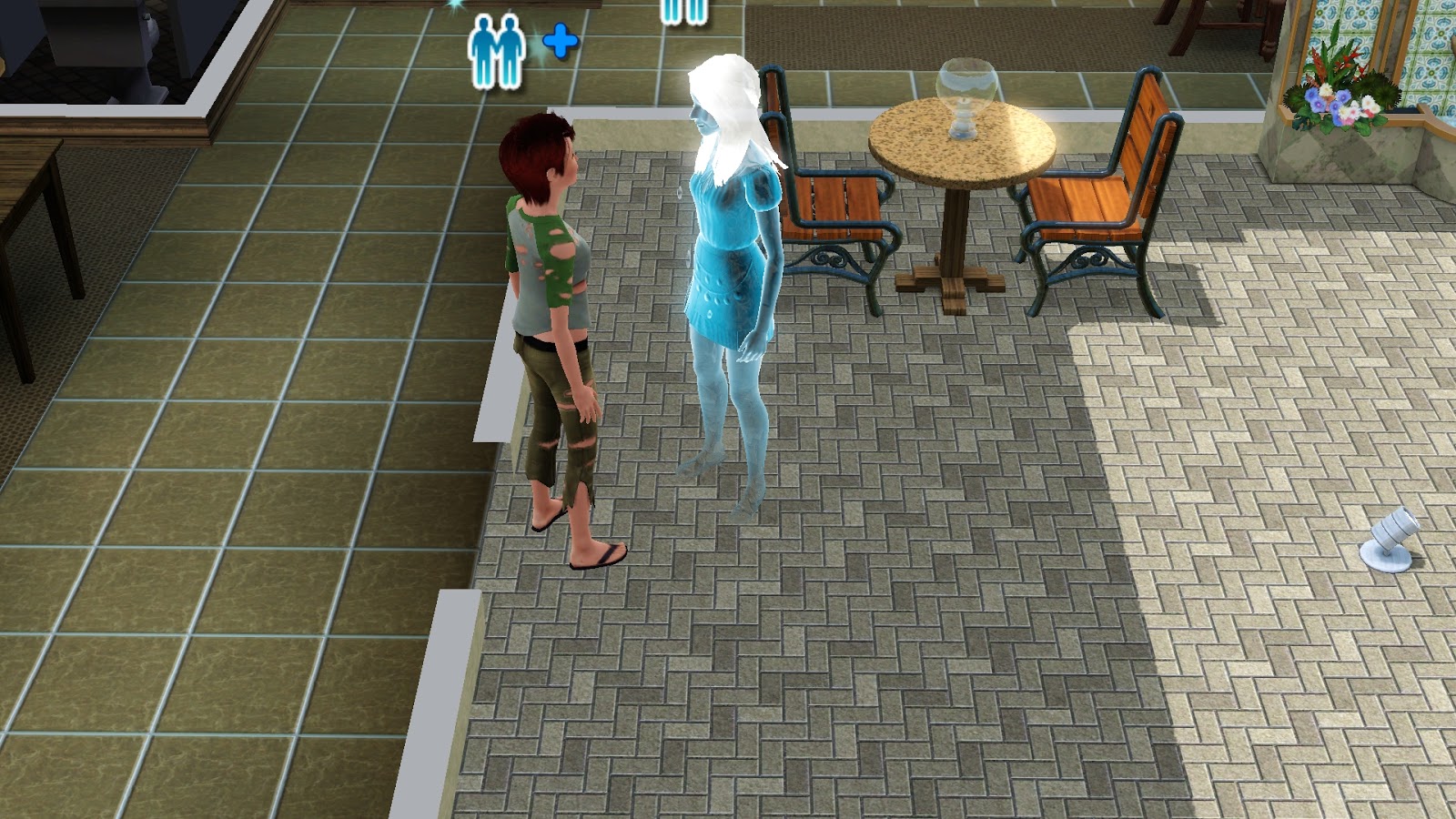 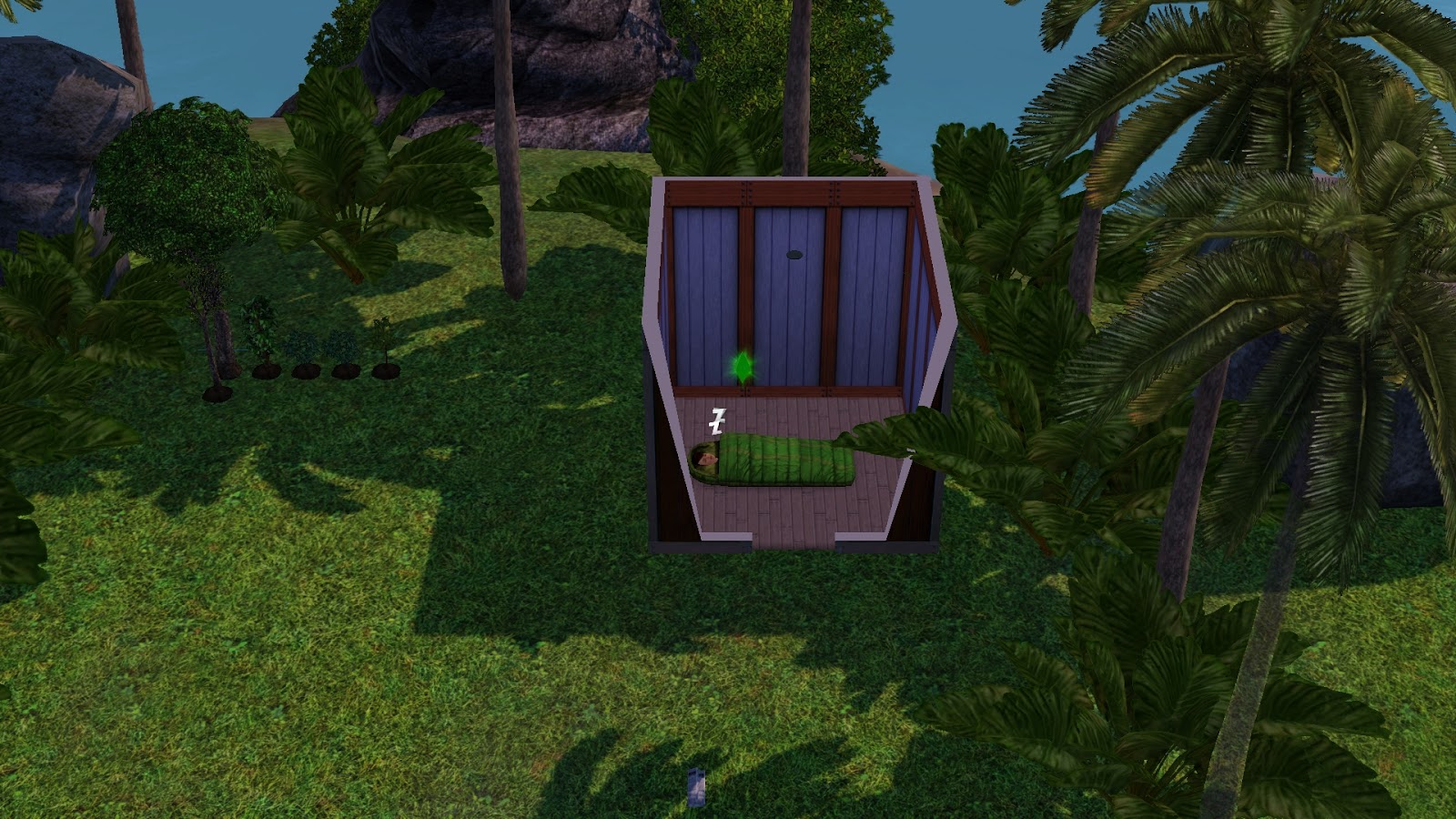 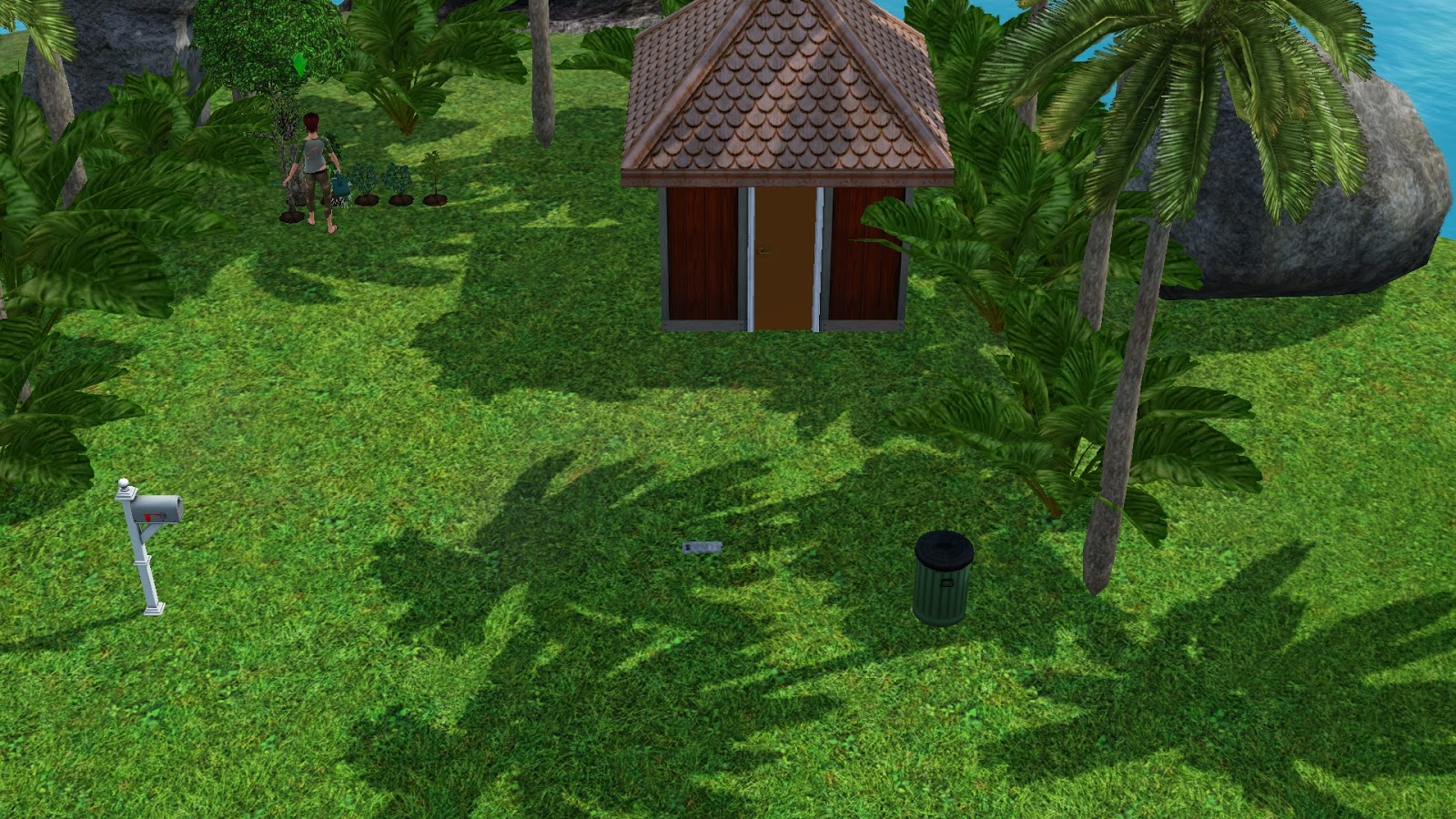 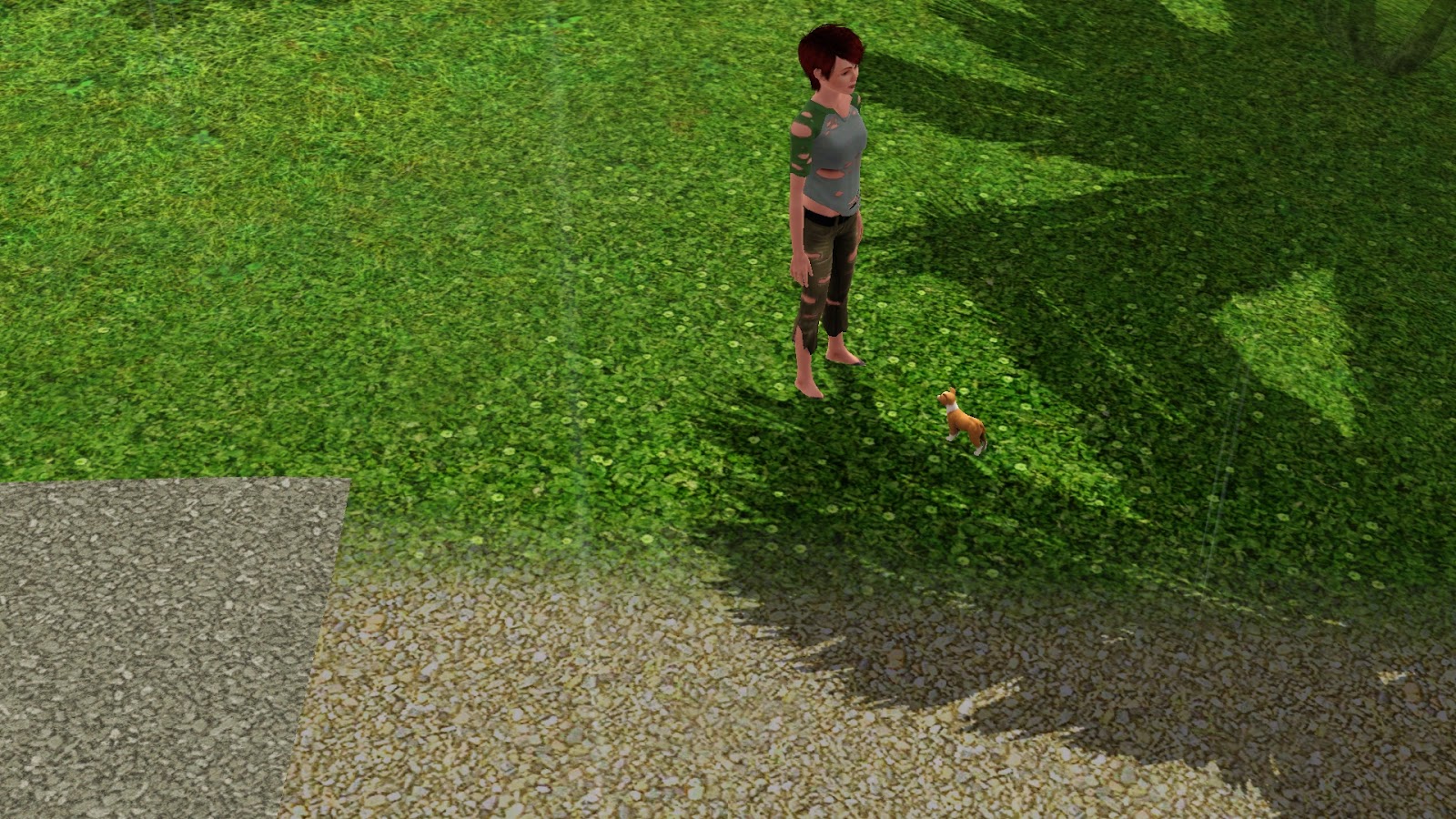 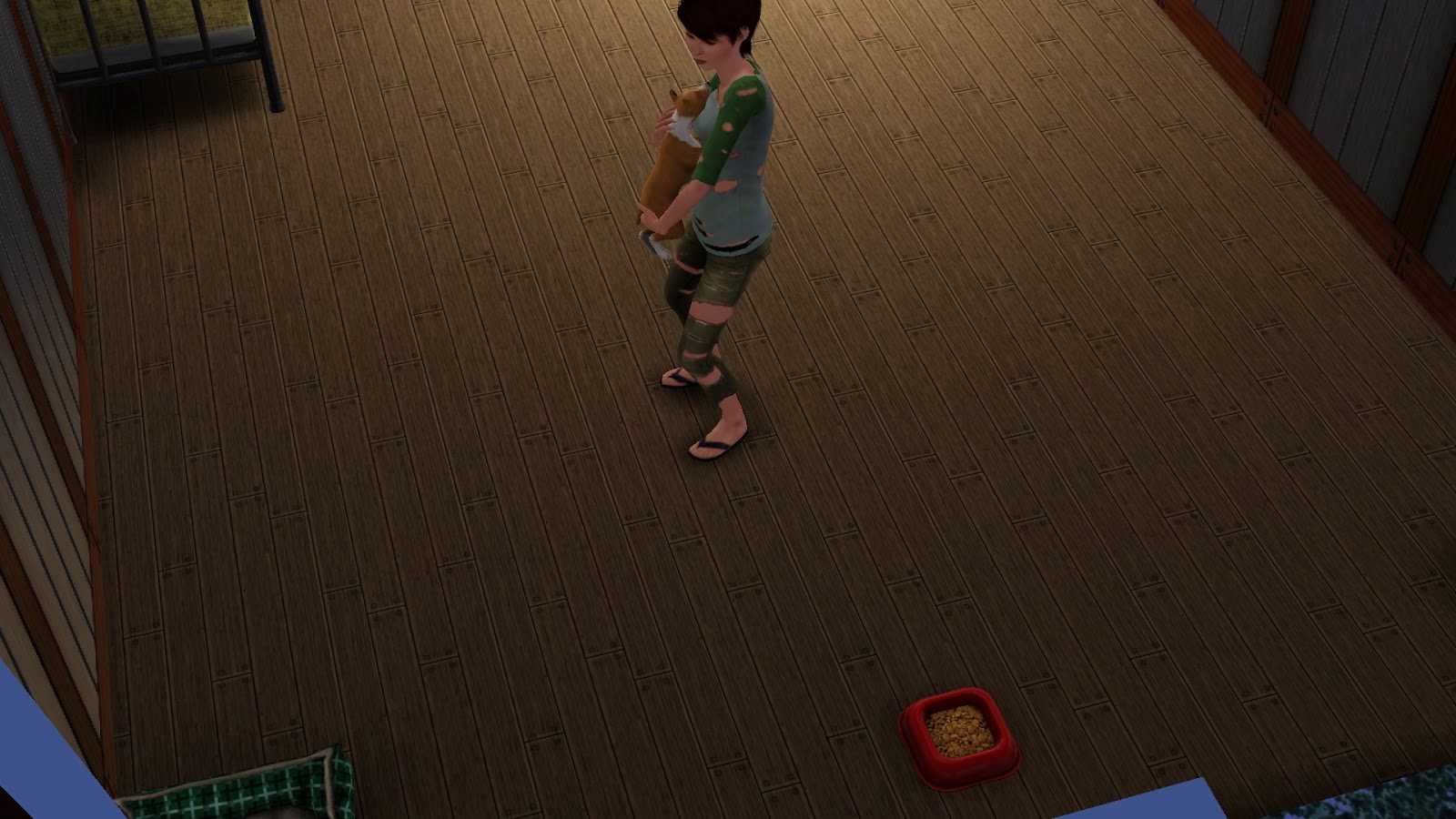 Pictures starting from the top... Sophie was so desperate for social she tried to talk to a ghost.  The ghost hates kids and after a few minutes they were enemies.  LOL  Next 2 are her first shelter.  Whew she managed to make enough selling produce and fish to build it before it rained on her.  Next is the puppy she adopted and the last is her hugging the puppy on his birthday.  I lowered the puppy age so he can learn to hunt.  His name is Fang.  As you can see he is really small.  So it took 2 weeks to get a bike and a dog.  I did make really good simoleans off of these wildflowers from the park but it didn't seem fair so I lowered the funds and am limiting myself to one flower a day.  I keep having to buy flamingos to pay for cab fair because some things are on different islands and I have no choice.  Guess I picked the wrong world.  So as you can see from the bottom picture Sophie now has a bed!  It's very exciting.  I'm hoping to make some more expansions to the house soon.
Posted by Rainy at 10:15 PM