Now that the family is finally done mourning Alex's death we can get some work done.  Yep there are aspirations to work on and skills to build up.  And yet again I get an invisible kid.  I hope this isn't a pattern.  I had to send her to the park with red motives and back home just to make her visible!  Ugh.  I decided to leave her name as Hannah instead of using cheats to change it because I've heard that using the cheats can mess things up.  I don't want more bugs!  But anyway, with that I give you your review: 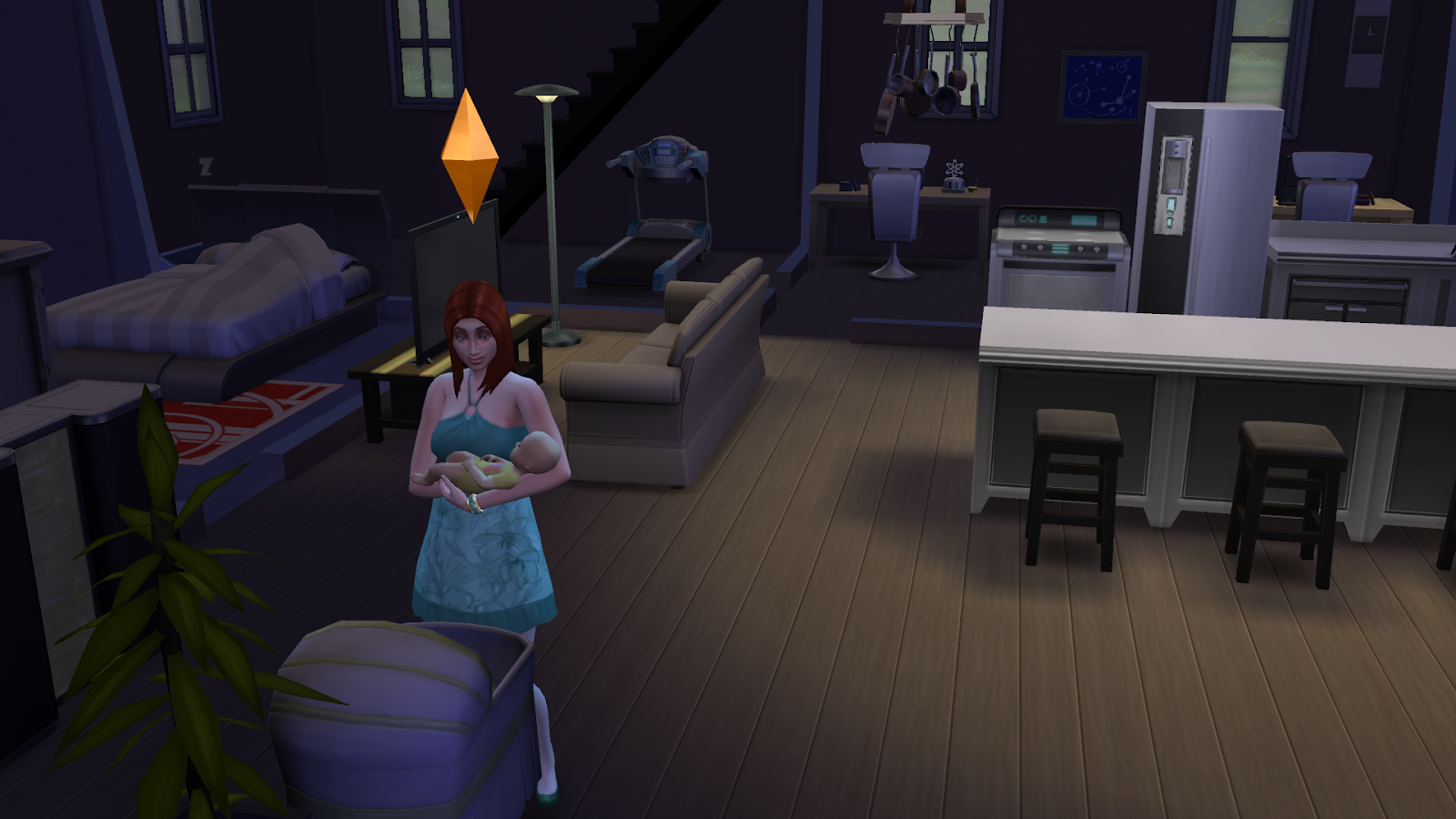 I had to move baby Hannah out of the bedroom so that Isabel could sleep. 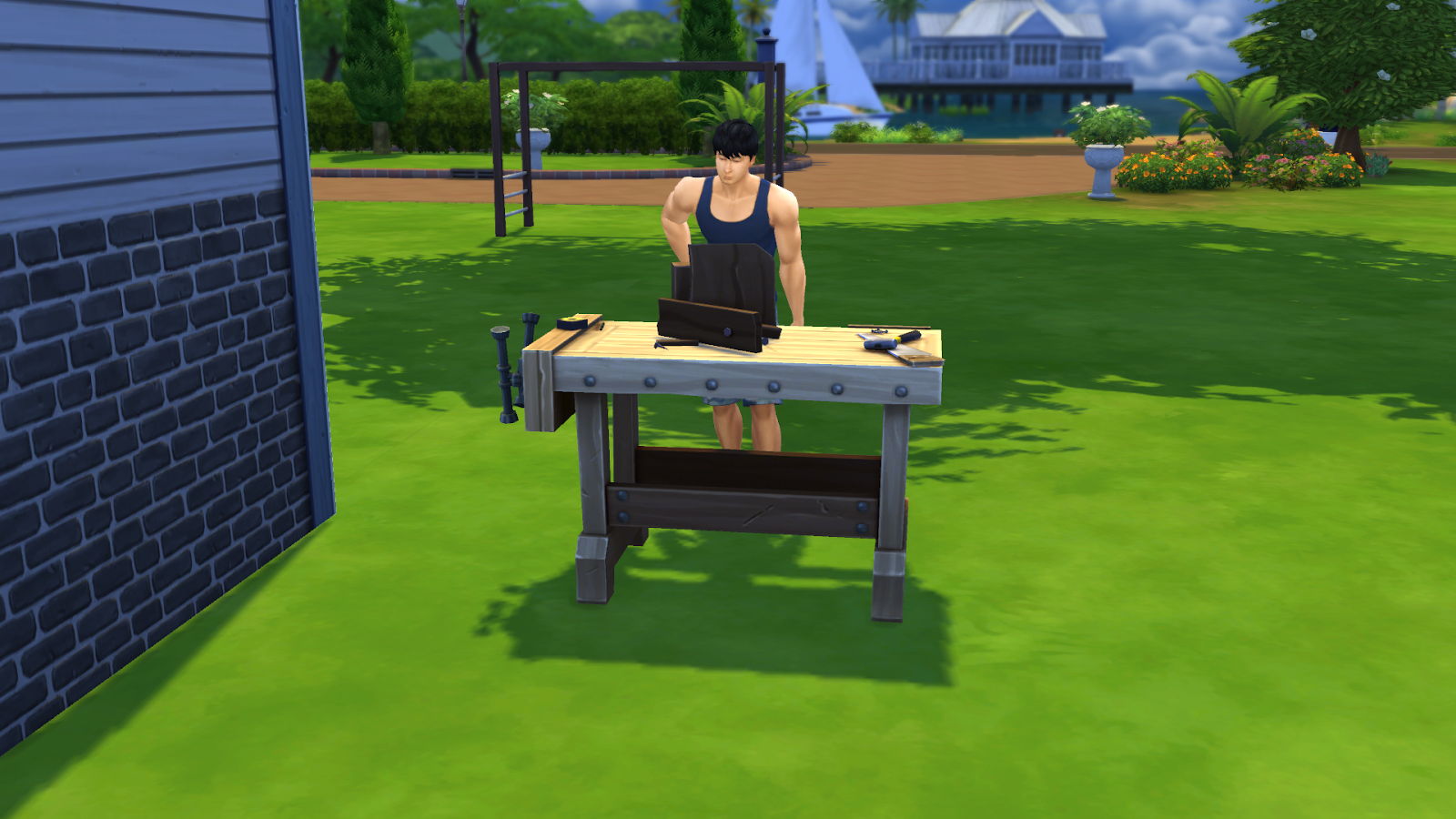 Aiden hard at work trying to get to level 10 handiness. 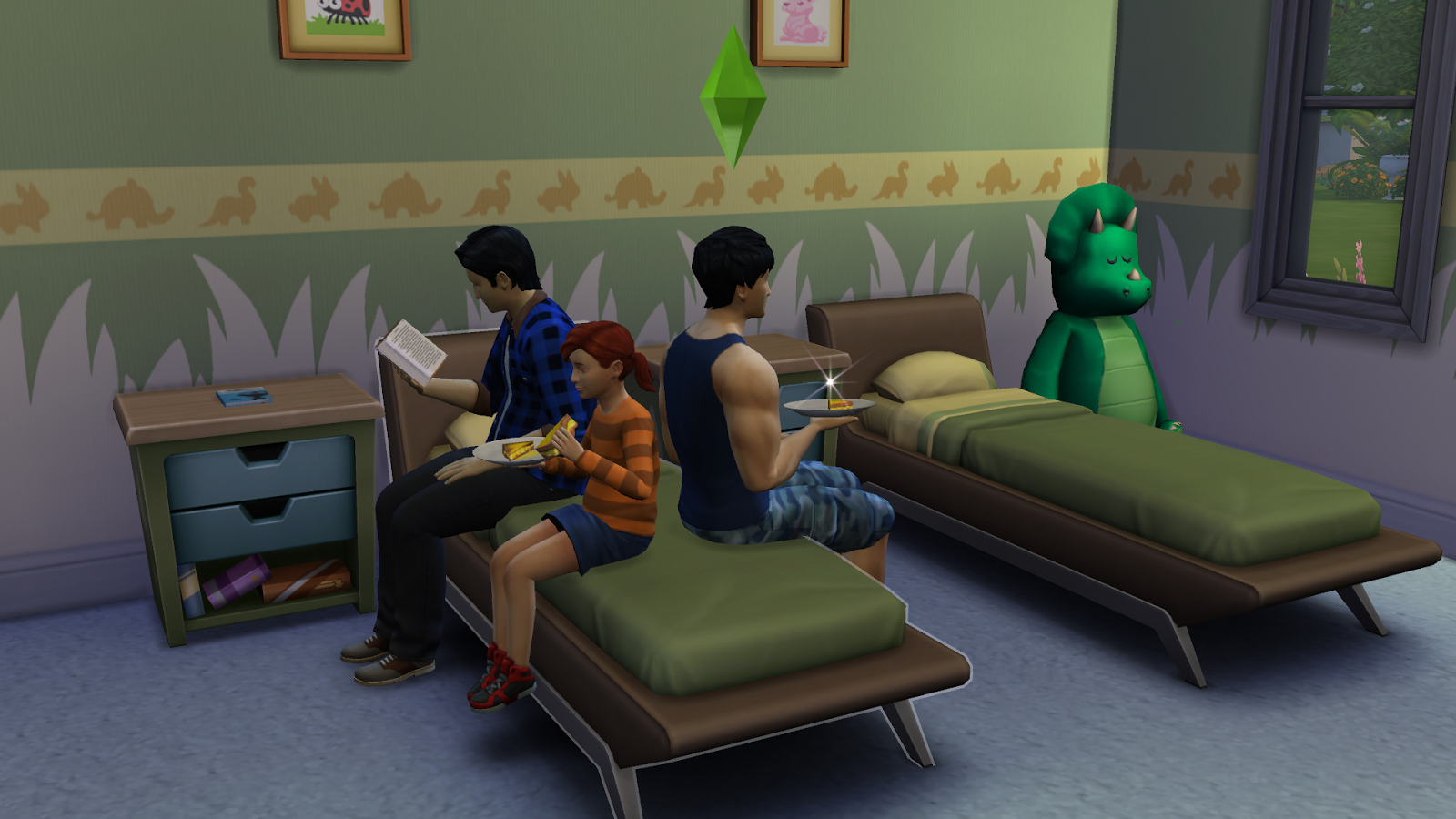 I love how the sims all congregate together.
Aaron was sitting there reading and Aiden and Isabel decided to join him. Yay I can see Hannah! 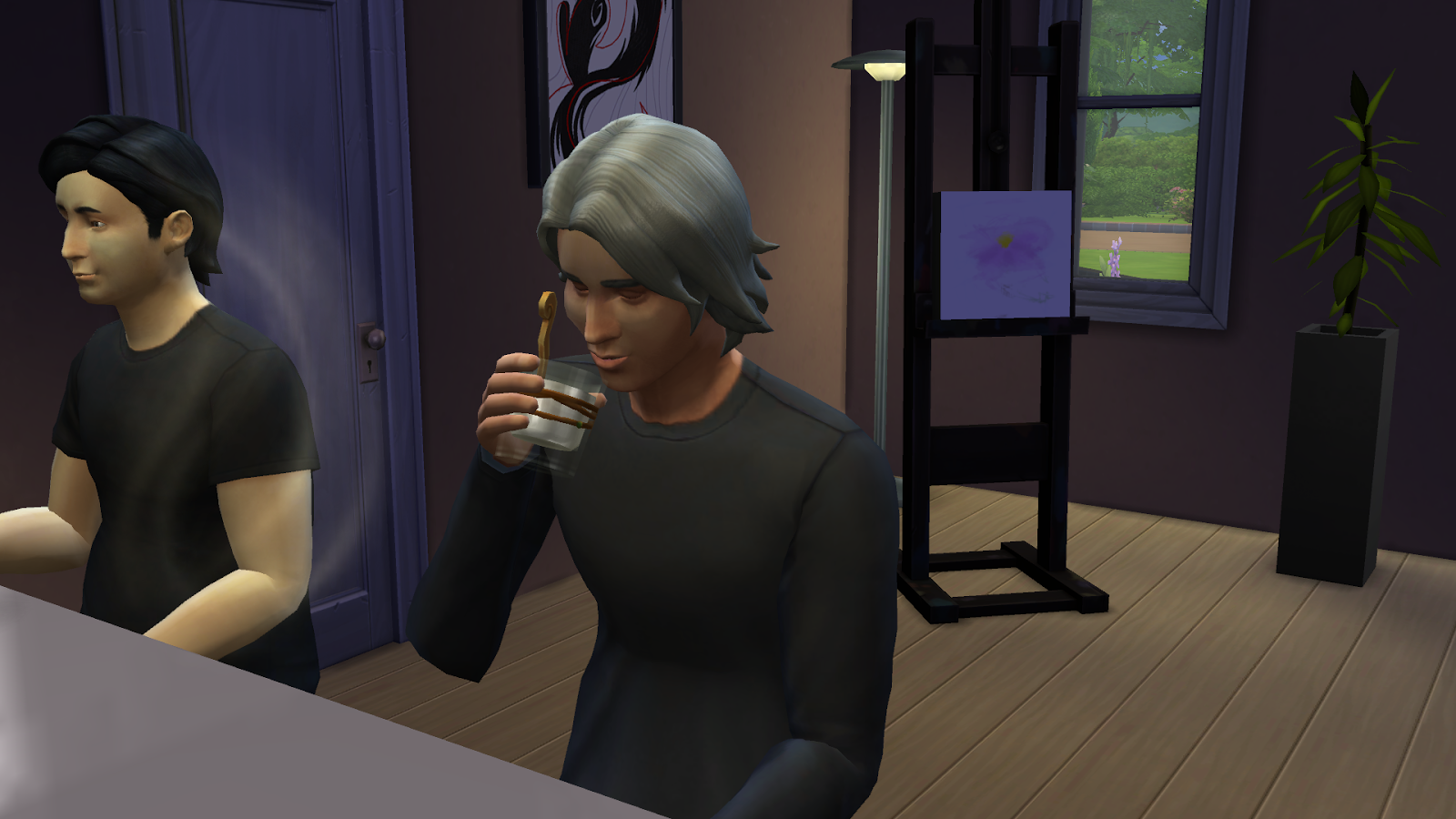 Heath drinks the life potion.
I was hoping there would be sparks or something exciting but no, he just drank it and that was it. Grandpa gets suckered into many chess games. 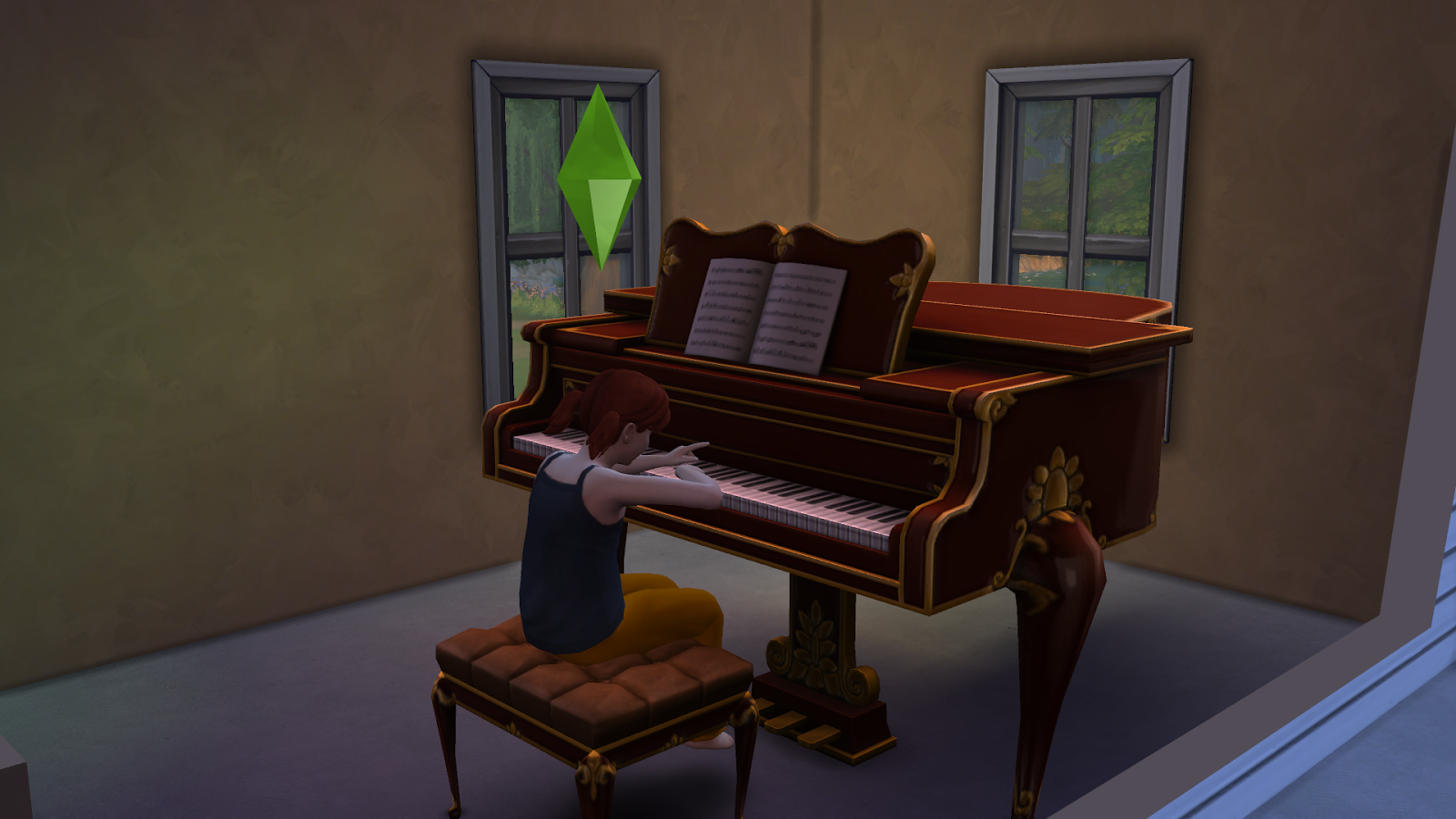 Isabel trying to get her 10 hours of instrument playing. 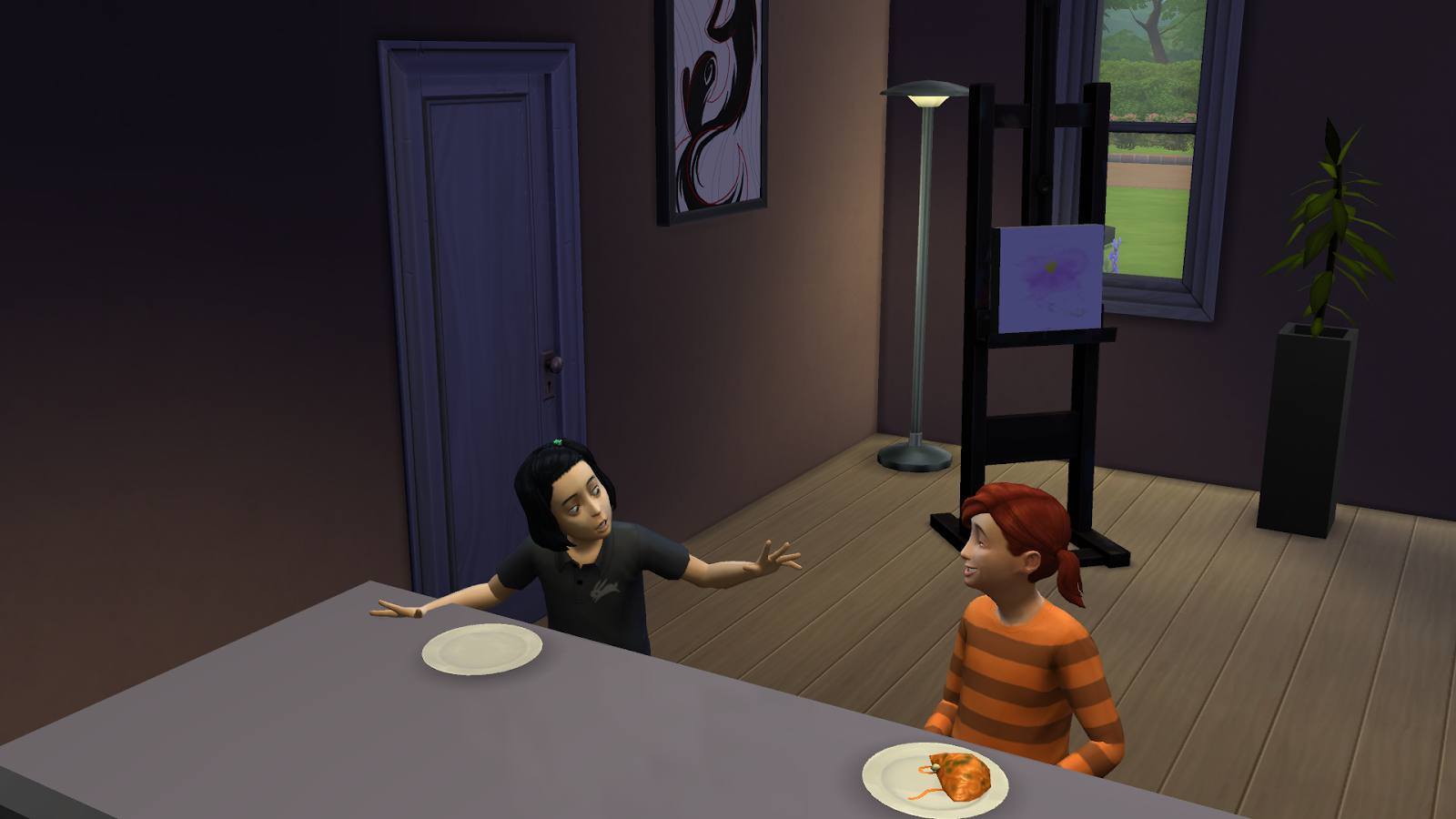 Hannah's face is so funny in this picture. Aiden breaks through the hidden door! It was really pretty inside but he needed to eat I should have checked before he left.