Yep that's right generation 6 has been born.  Only 4 generations to go.  My computer has been buggy today.  It's turned off on me a couple of times.  Then when Isabel aged up she was invisible so I had to quit and restart the game.  Sometimes I feel like we are the beta-testers for all of the bugs in this game.  There has only been one patch since it came out which considering all of the problems people are reporting on the forums is surprising.  My biggest pet peeve is the giant muscles from digging up fossils.  I hate it.  But that's enough of my complaining.  You want to know what's happened so since my last update! 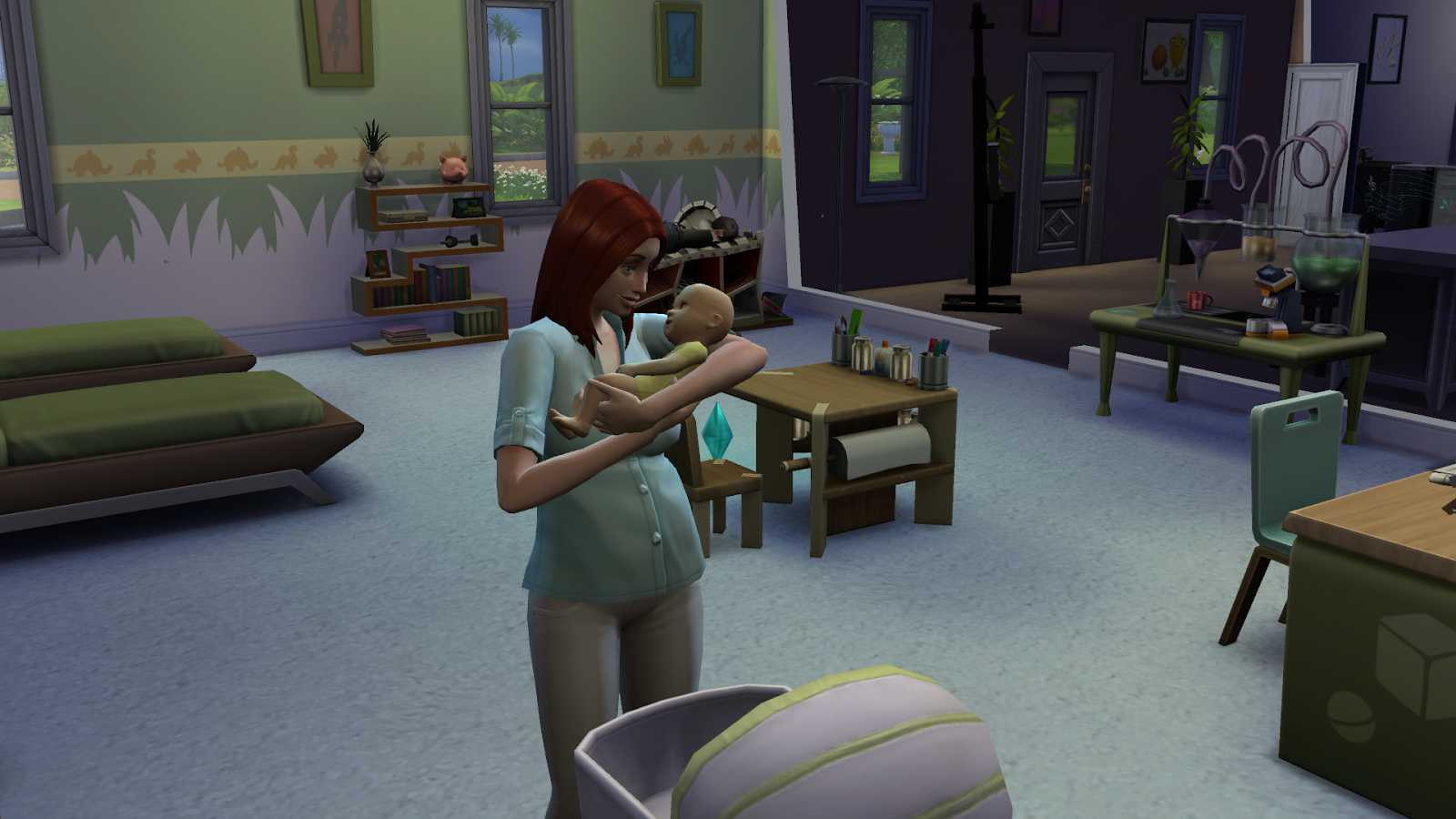 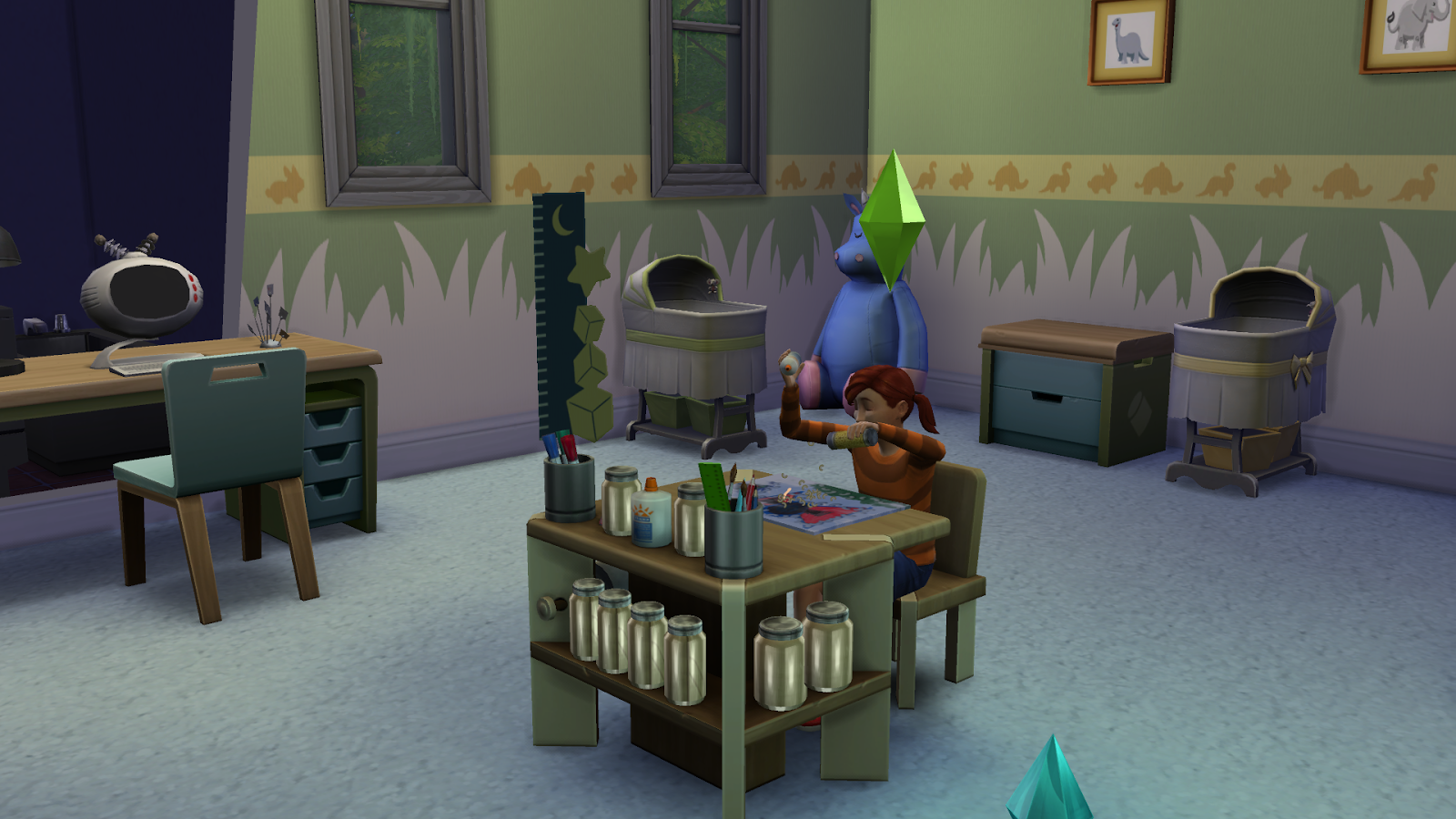 Isabel working on her aspiration. 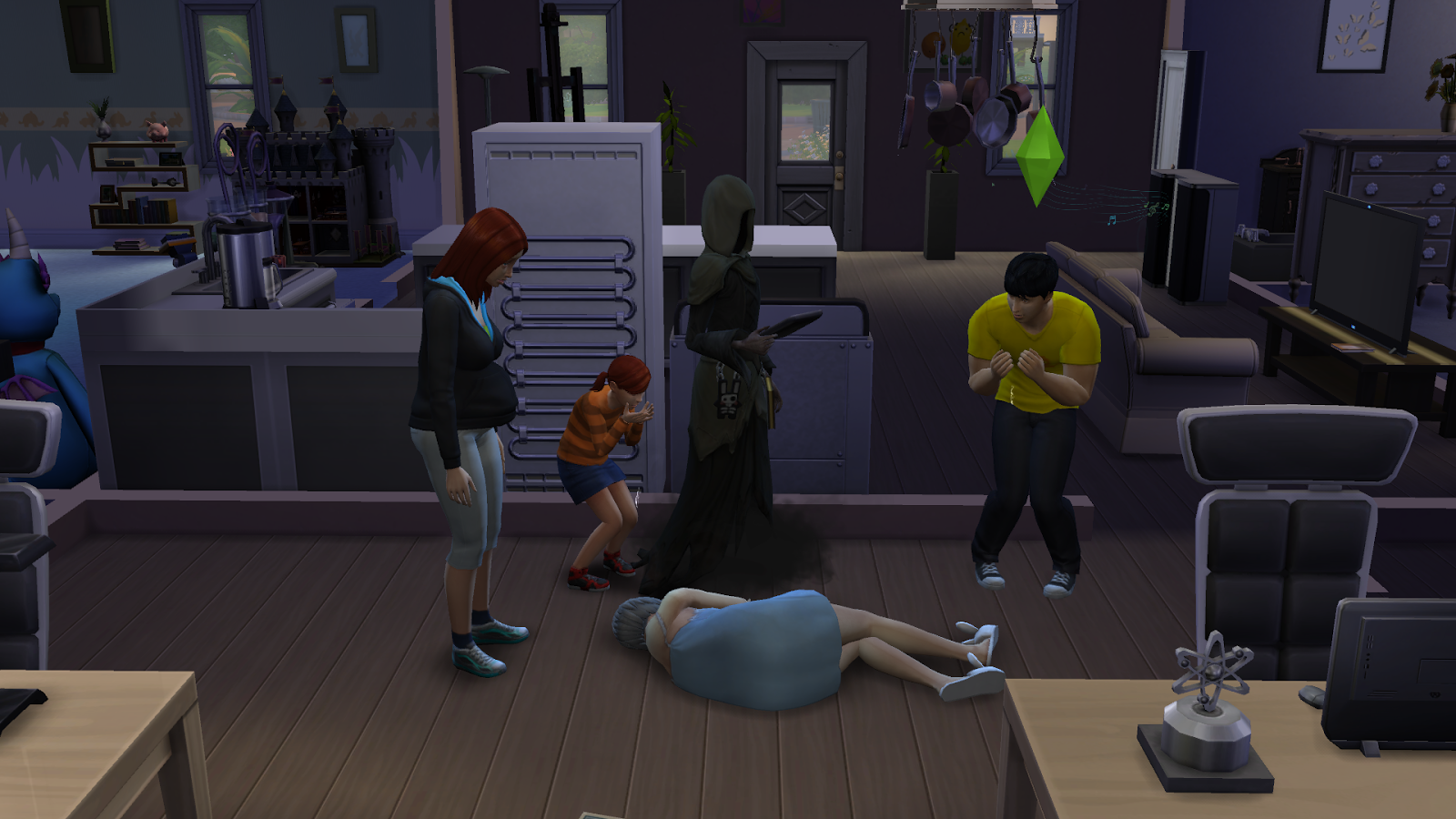 Alex passes away.  For once not in the bedroom!
Posted by Rainy at 3:32 PM