Yay so from the title you know that the twins are finally not teenagers anymore.  I swear that took forever!  I didn't blog yesterday because not much of anything really happened and it would have been super short.  So this way you get a nice long post instead.  There have been some changes to the legacy challenge rules.  We can now download families from the gallery and add them to our game.  The reason for this is because those of us that have played for awhile have noticed our towns have turned into ghost towns.  It's a little hard to find spouses or friends when there is nobody around.  Plus the ones that I have seen keep dissapearing!  I think this is a major bug that needs to be fixed.  Without story progression making babies we need to know that the town will still populate itself.  It was working before, not sure why it's changed.  Mabye because I've played so long with the same family?  Who knows!  But enough of that here is the review of things that have happened since my last post: Aiden looking for frogs for his aspiration. 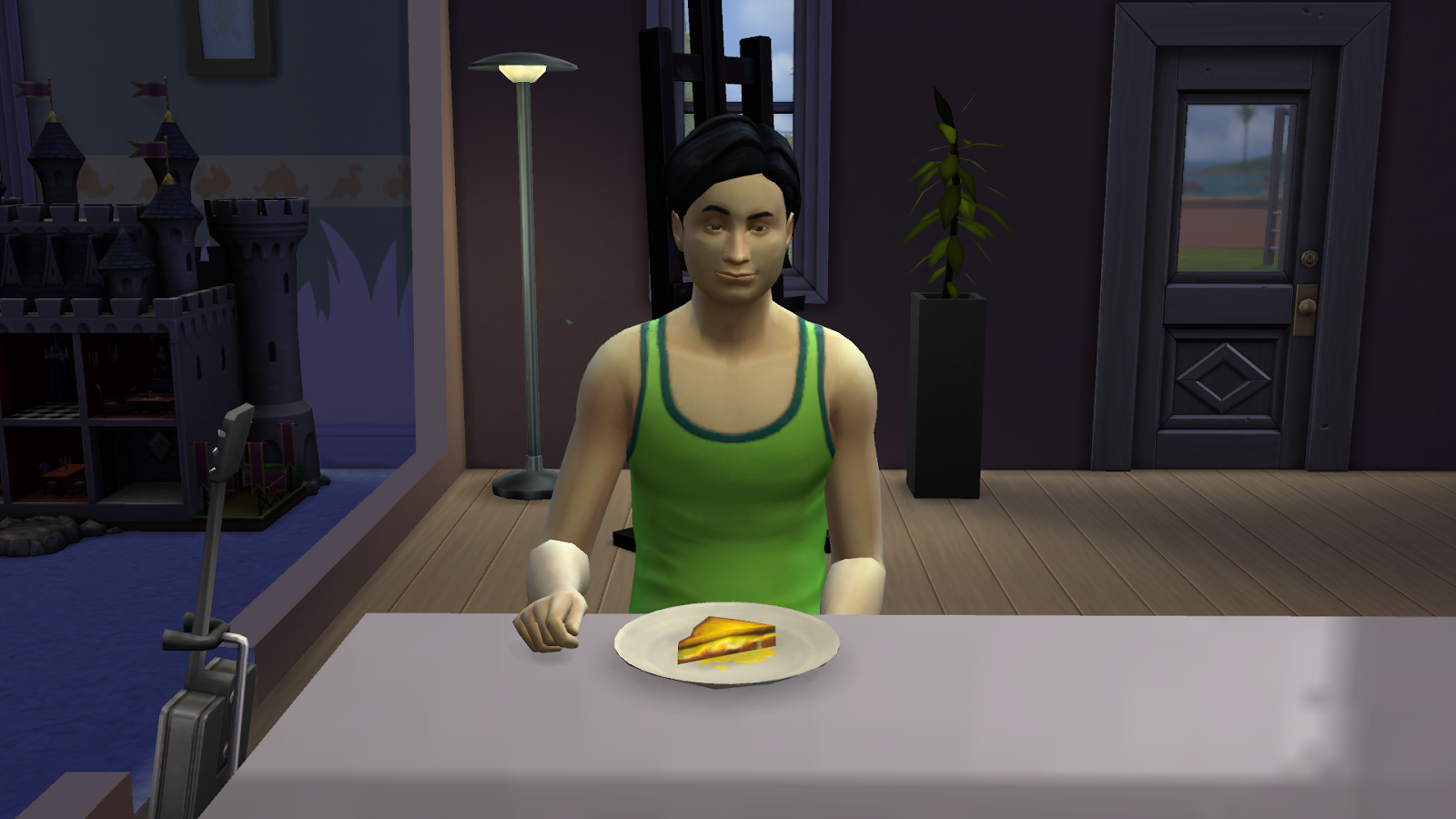 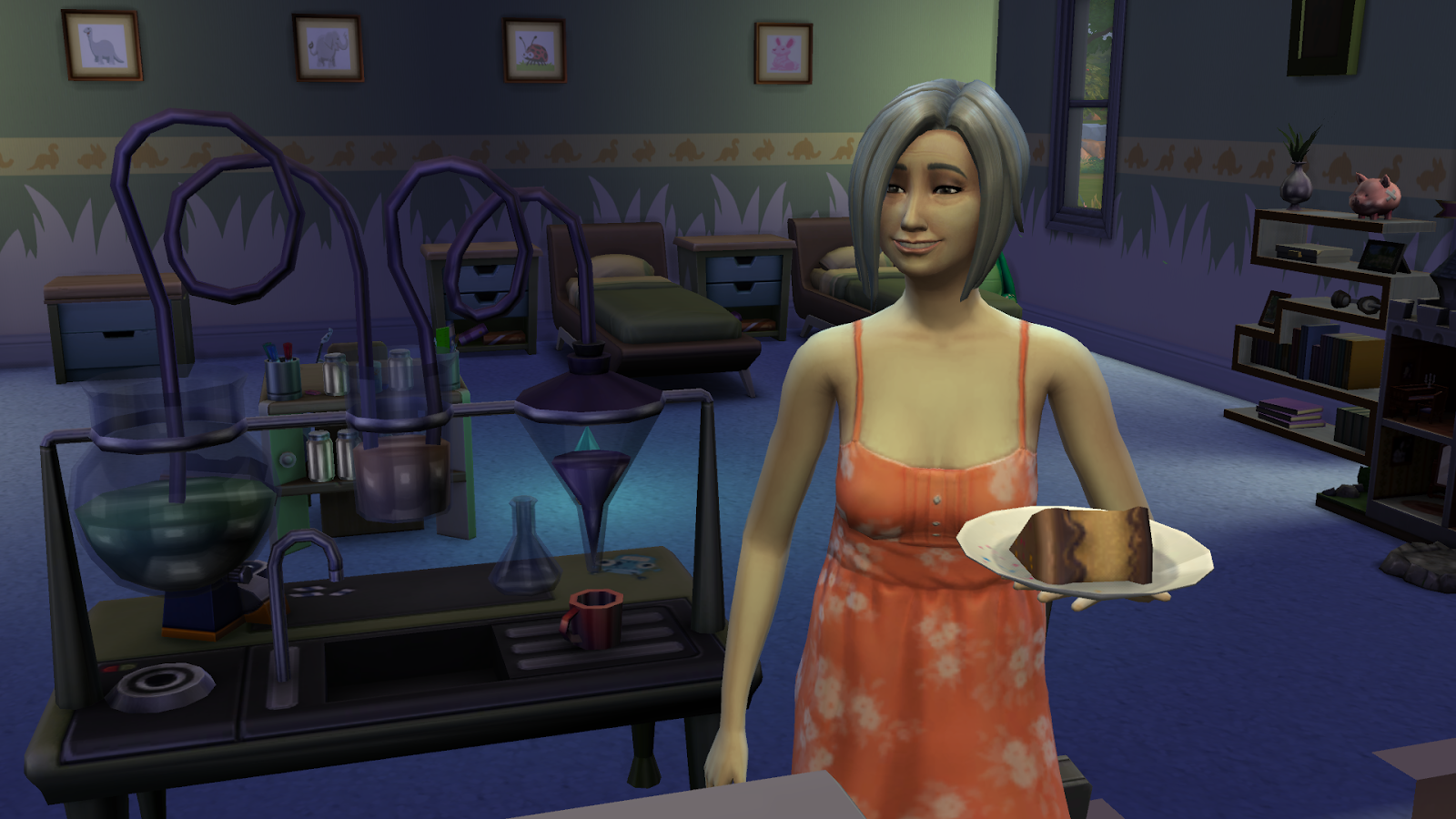 Aiden leveling up handiness on the new woodworking table. This is where I am storing the potions of youth.  I lost 11 of them not realizing that they don't go into family inventory when a sim dies. 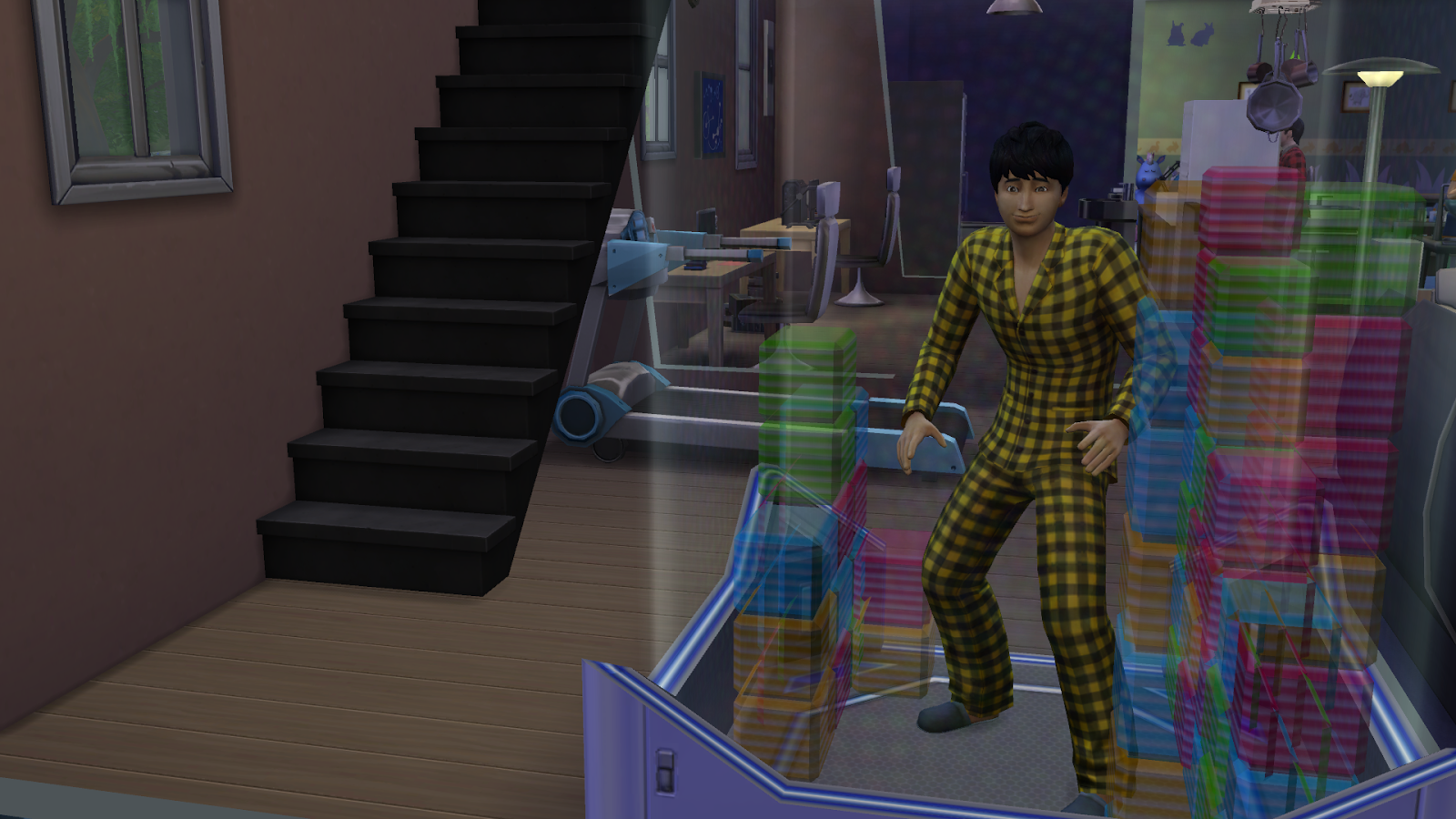 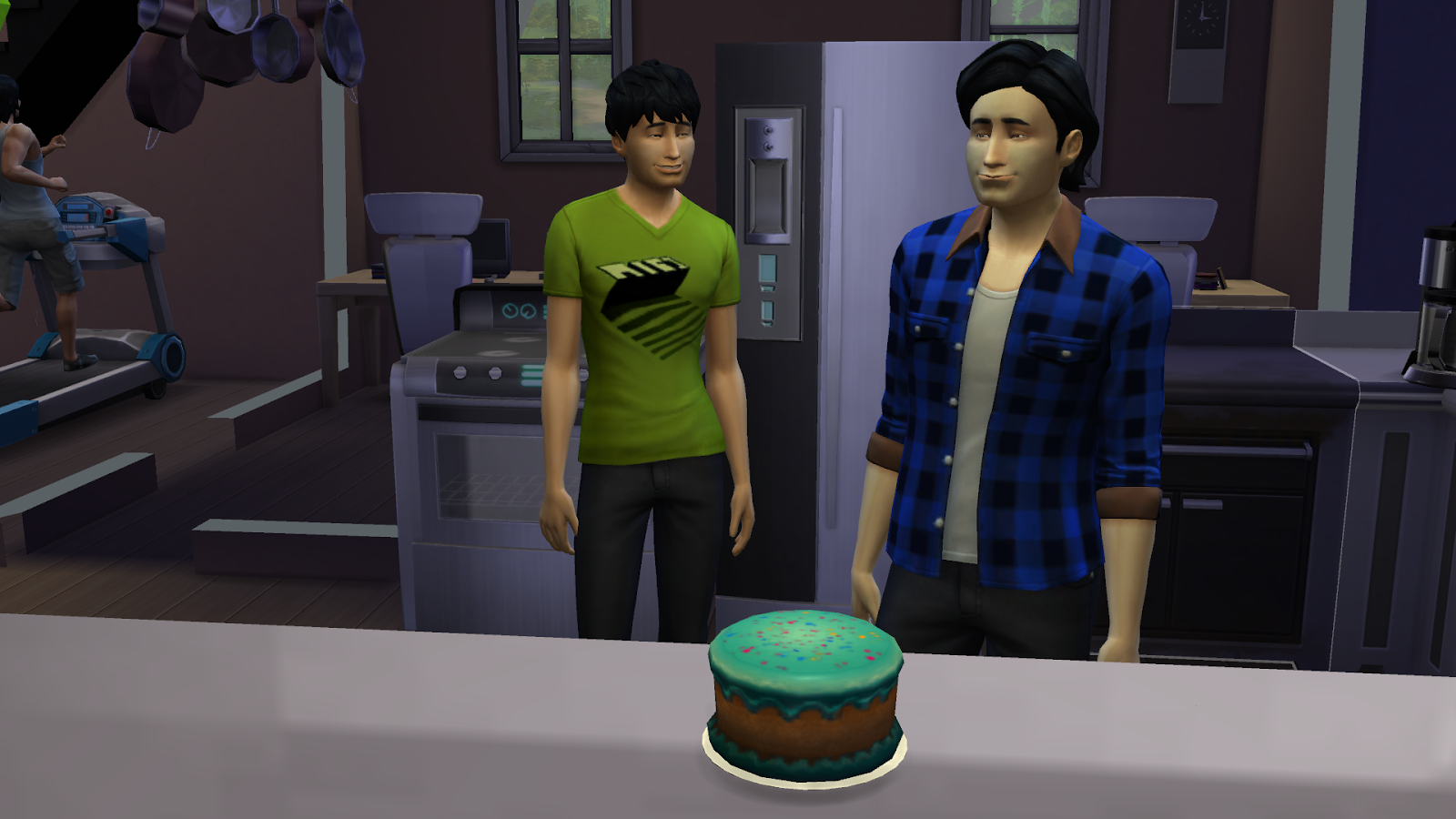 Aiden and Aaron just aged up to young adults. 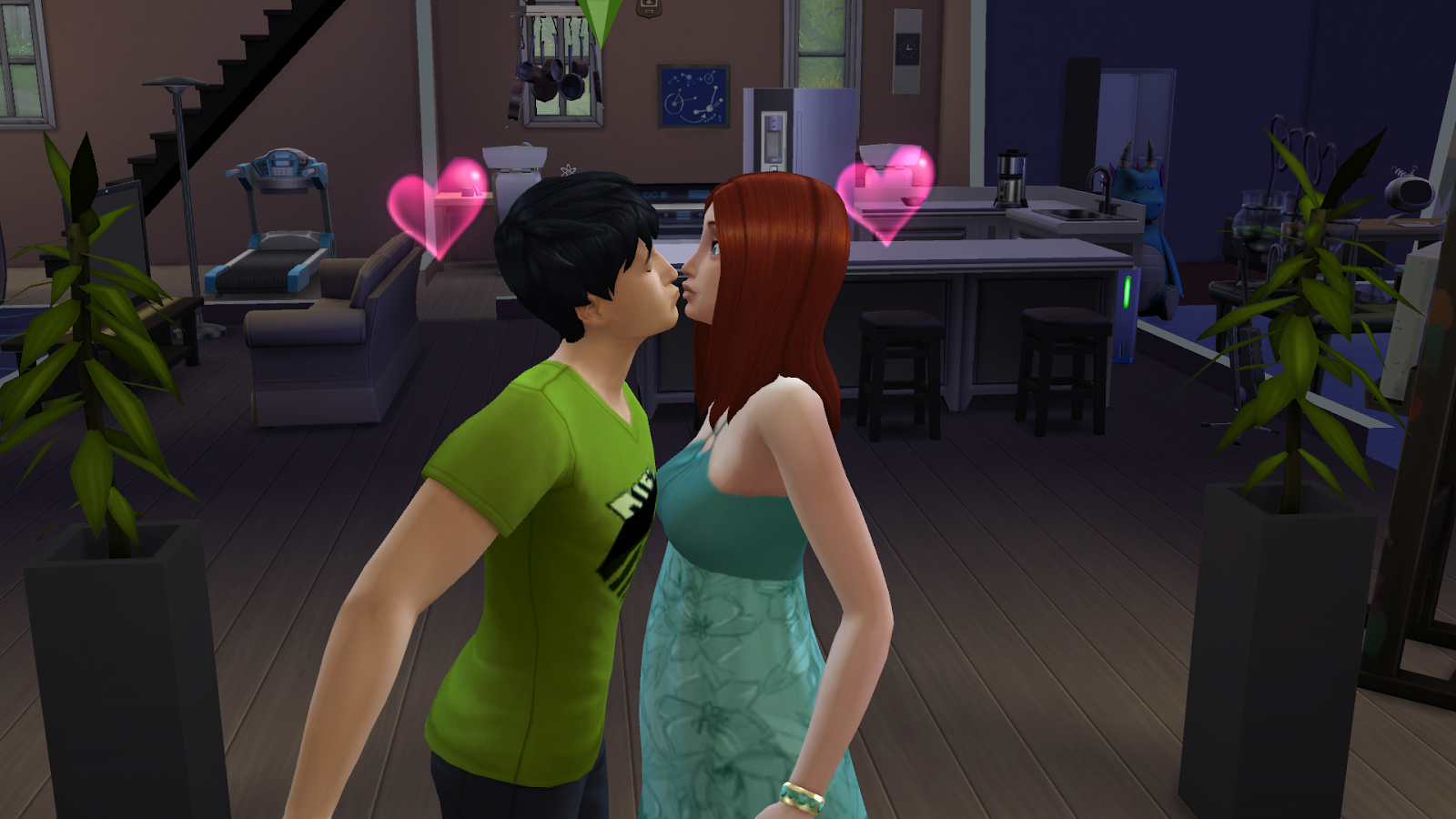 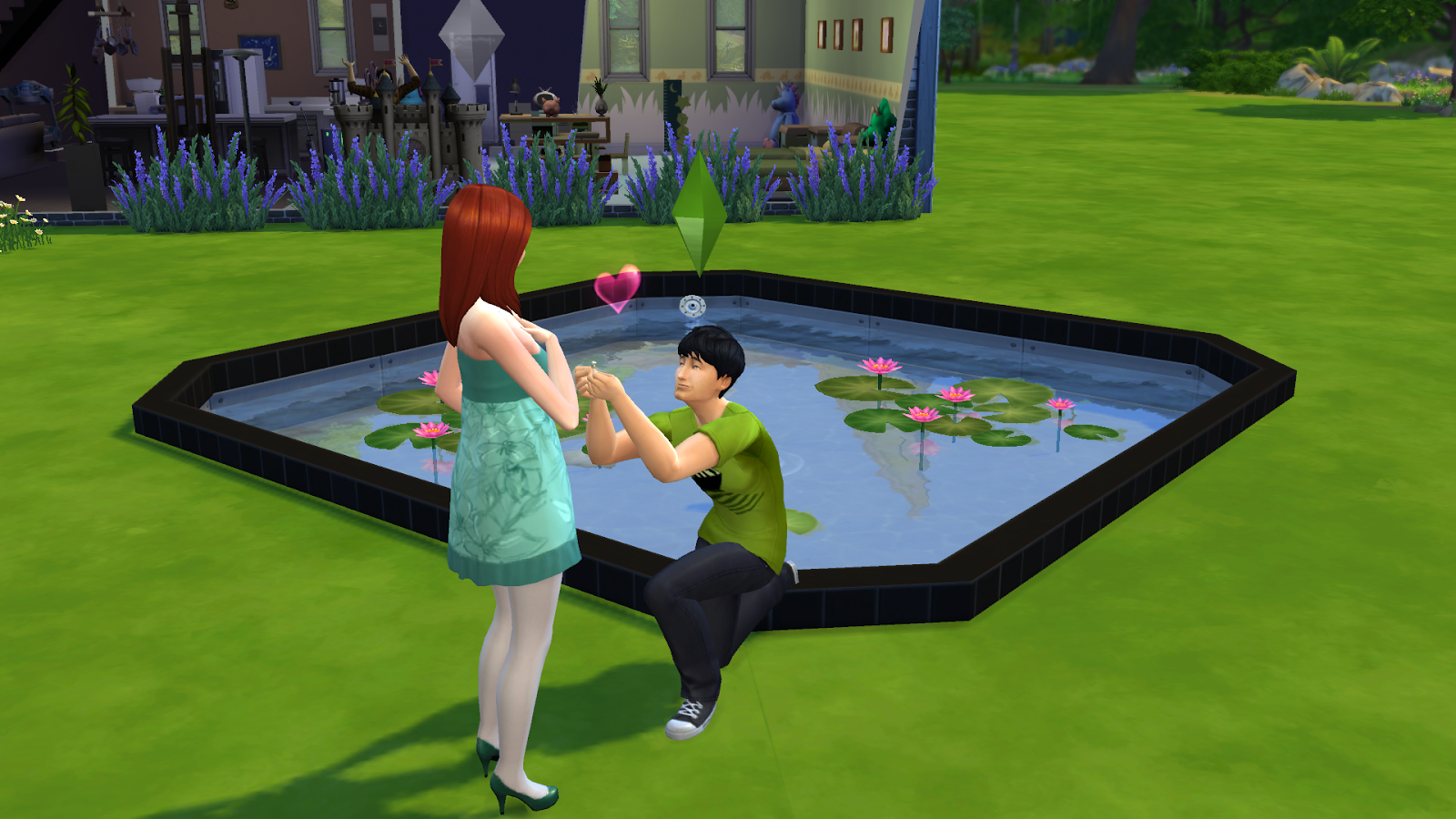 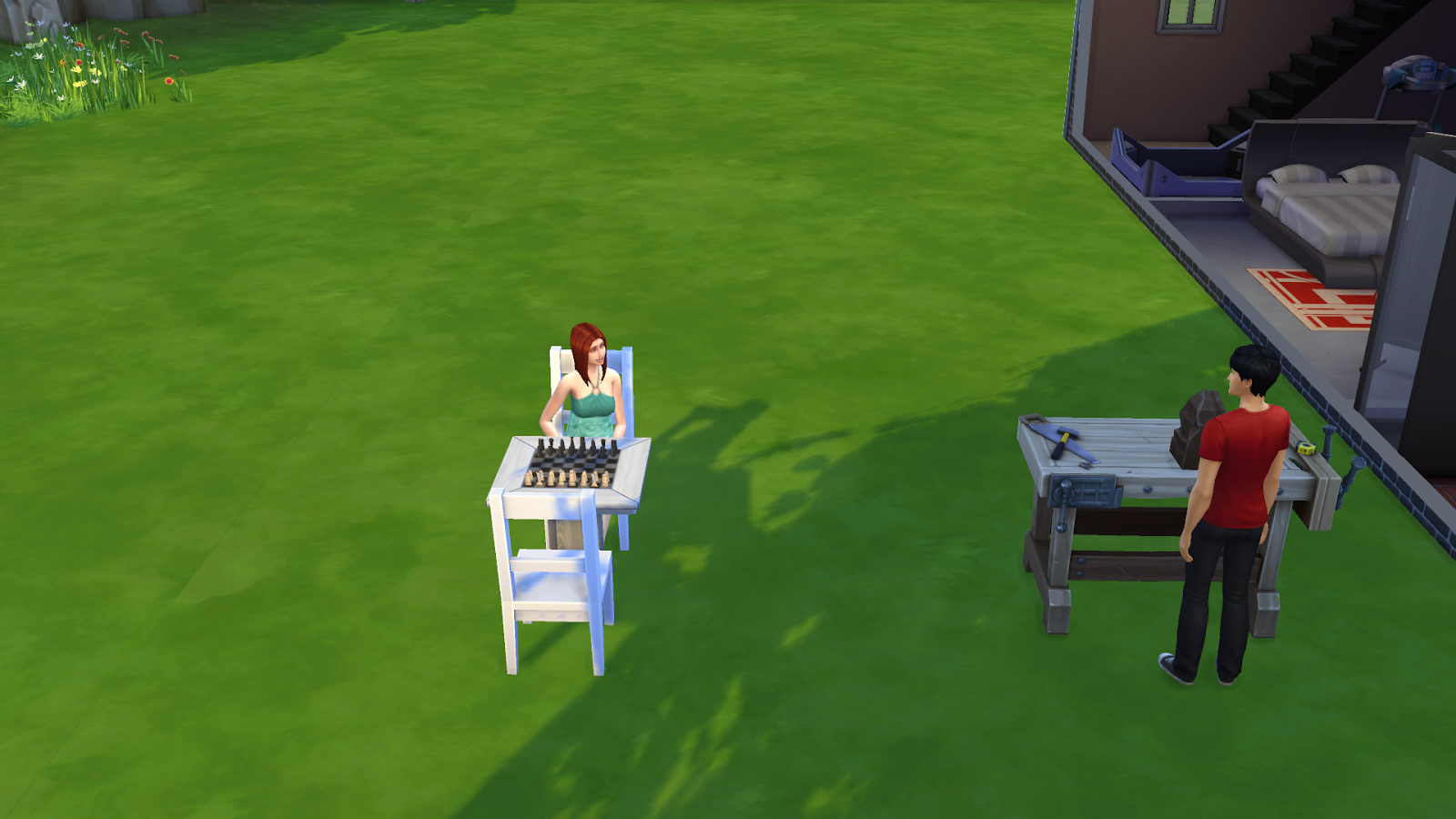 Erica plays chess while Aiden woodworks and they chat the whole time. 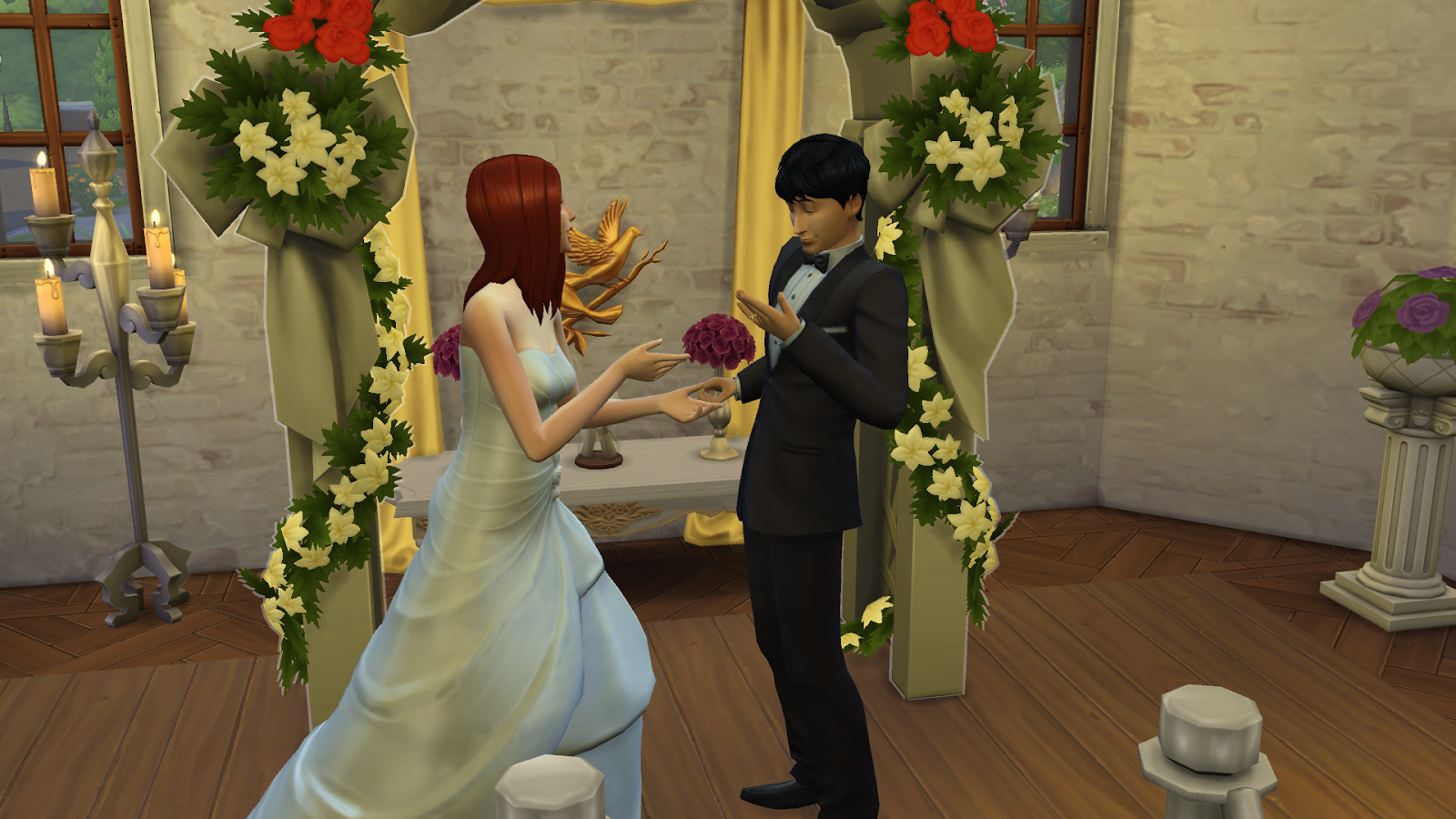 Aiden checks out his new ring. Aiden shares the first piece of cake with his bride.
Posted by Rainy at 4:15 PM