The legacy is starting to get boring at this point.  I've even started looking for other challenges that I can try but it doesn't seem like anyone has made one yet.  You'll figure out why it has gotten boring once you read my review of yesterday's play.  Although I spent more time on the forums yesterday than anything.  After reading horror stories of people losing their games I've started using 3 different save files and rotating through them.  I was already saving to the external every couple of days.  I plan to do that more often.  Right now I have like 8 more days of teenage-hood of the boys before I can do much of anything.  *yawn*  So here it is, what you've been waiting for...

After discovering how few households there were I contacted Pinstar (the creator of the challenge) on Twitter.  I believe that he will be coming out with a new rule today that we can download townies from the gallery to re-populate our towns.  I am very happy about this change. 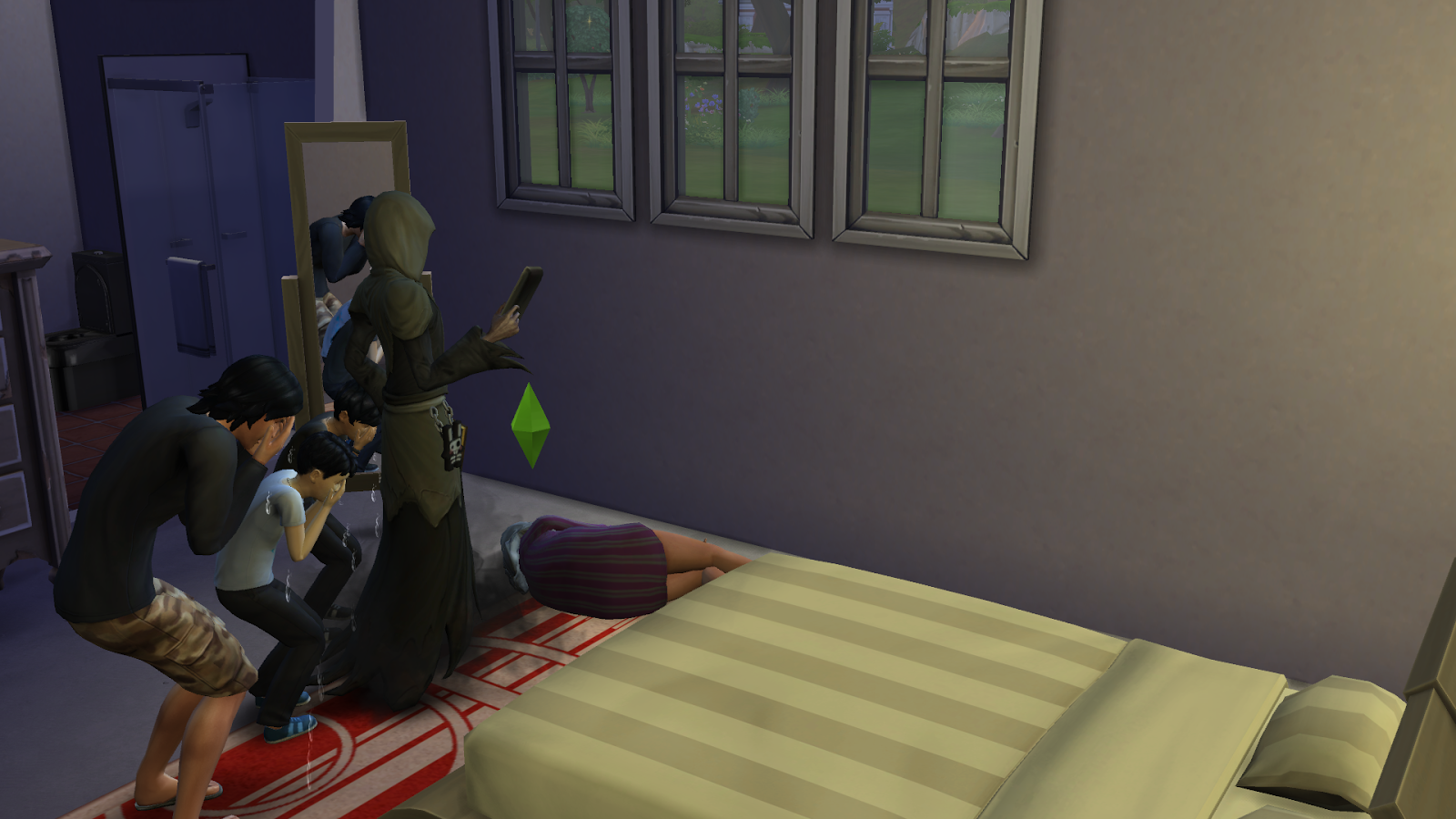 Grim taking Willow while Dad and the boys cry.
I've noticed they only mourn if they see the death. Grim stands by while the boys "cry it out". 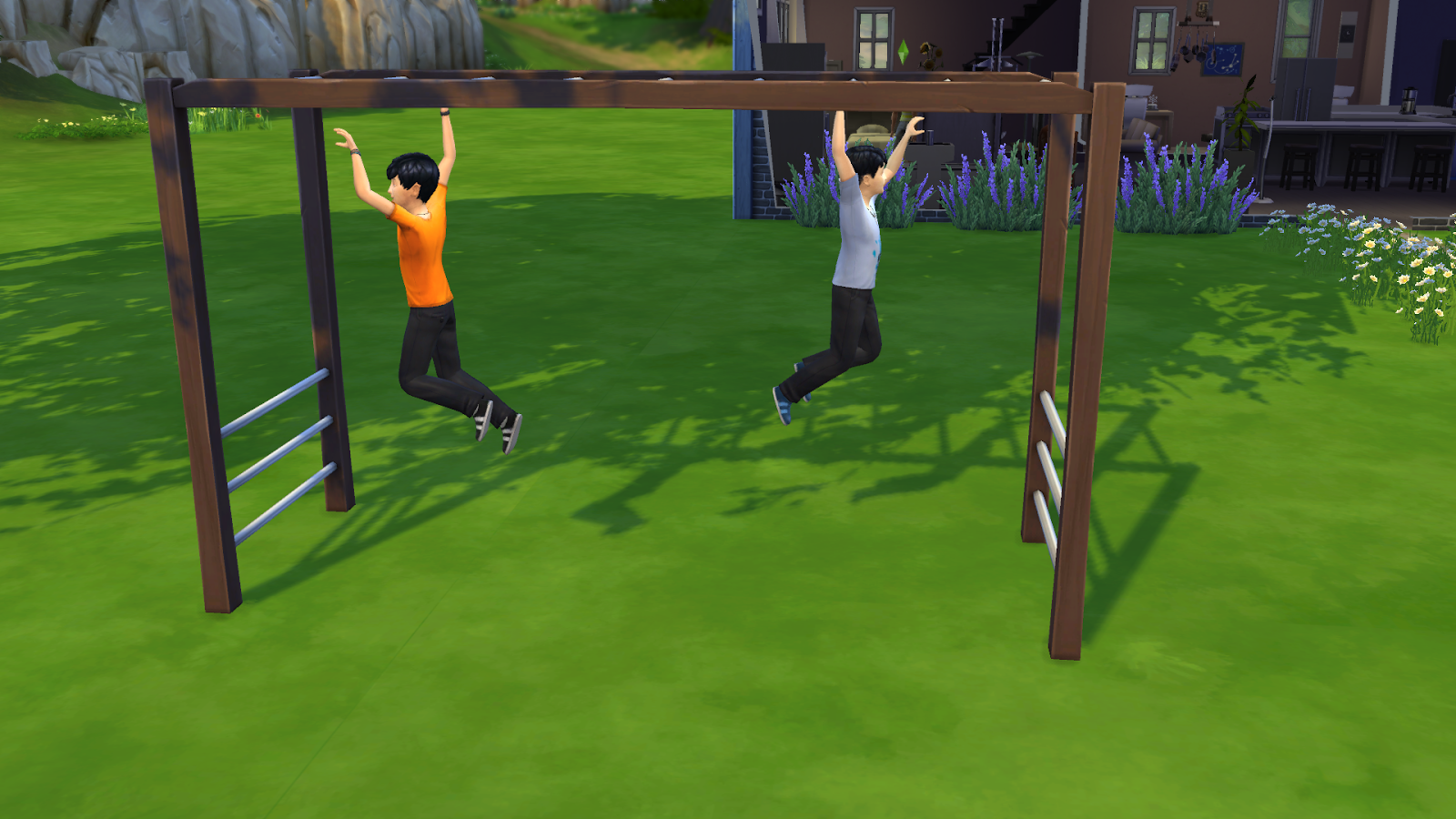 Aiden & Aaron on the monkey bars.  I thought this was cute. 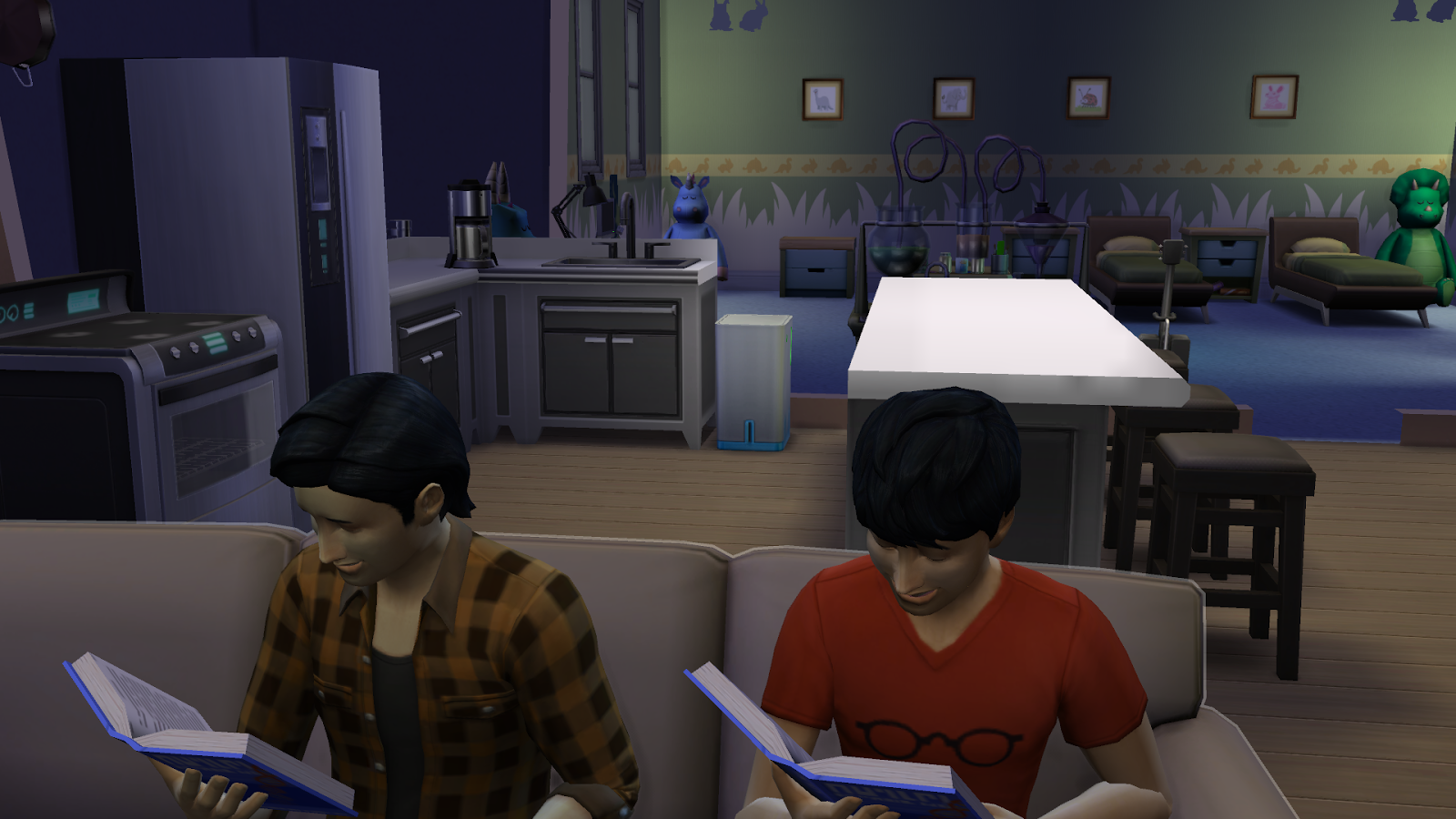 Aaron & Aiden doing homework.  I will try to get a better pic of them.
Posted by Rainy at 9:04 AM