Yep you read the title right.  Little Alex gave birth to twins.  She wasn't even very big during her pregnancy so the people I have read saying their sim was bigger with twins are wrong.  She didn't even have a belly in her first trimester.  Oh and did I mention it's twin boys?!  So yea, another male heir.  The competition is close between the two but I think I already know who is going to win.  Though I thought Daisy was going to win in the last generation so we'll have to see.  Here is a review and some pics for you... 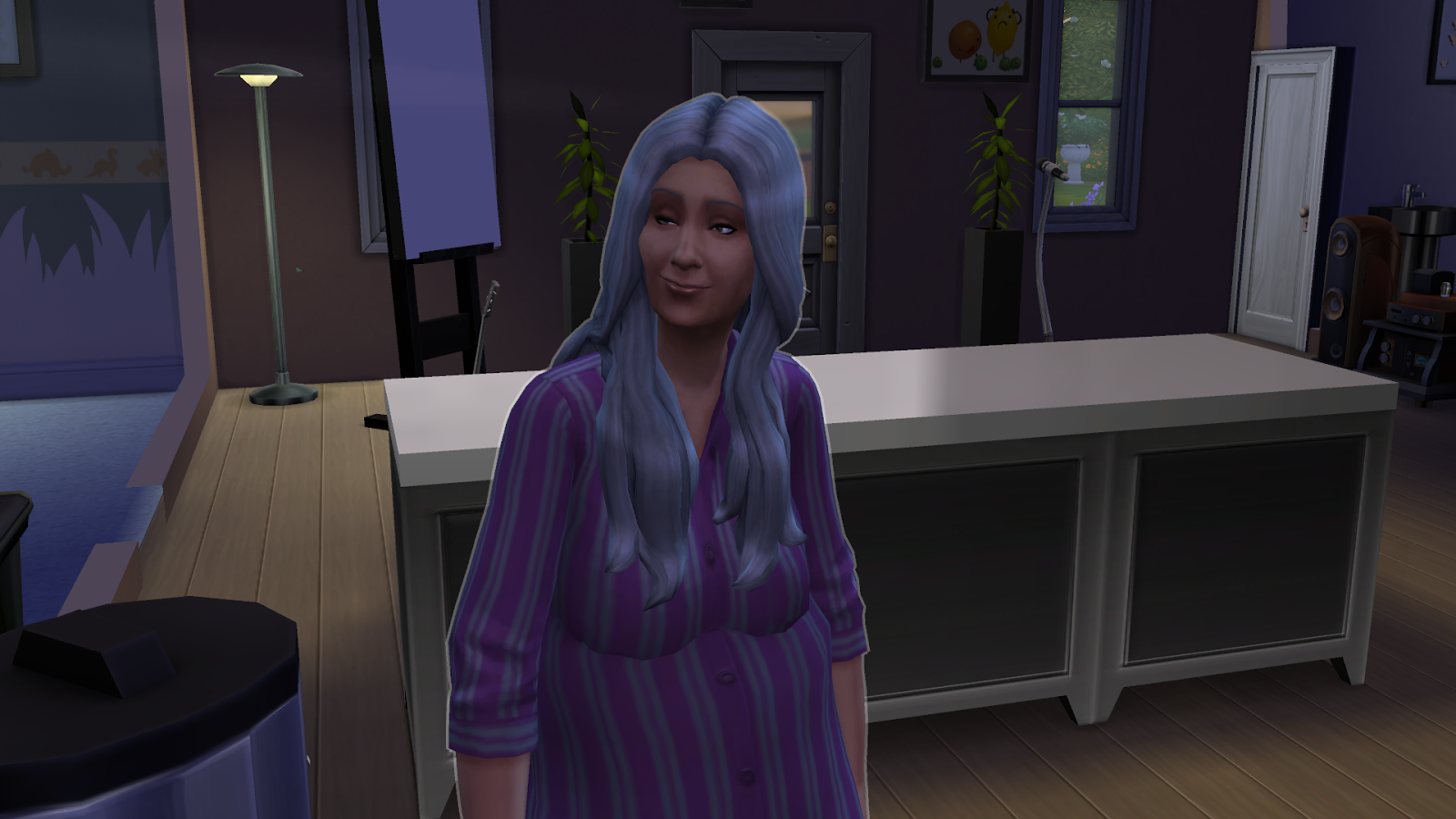 Willow as an elder. 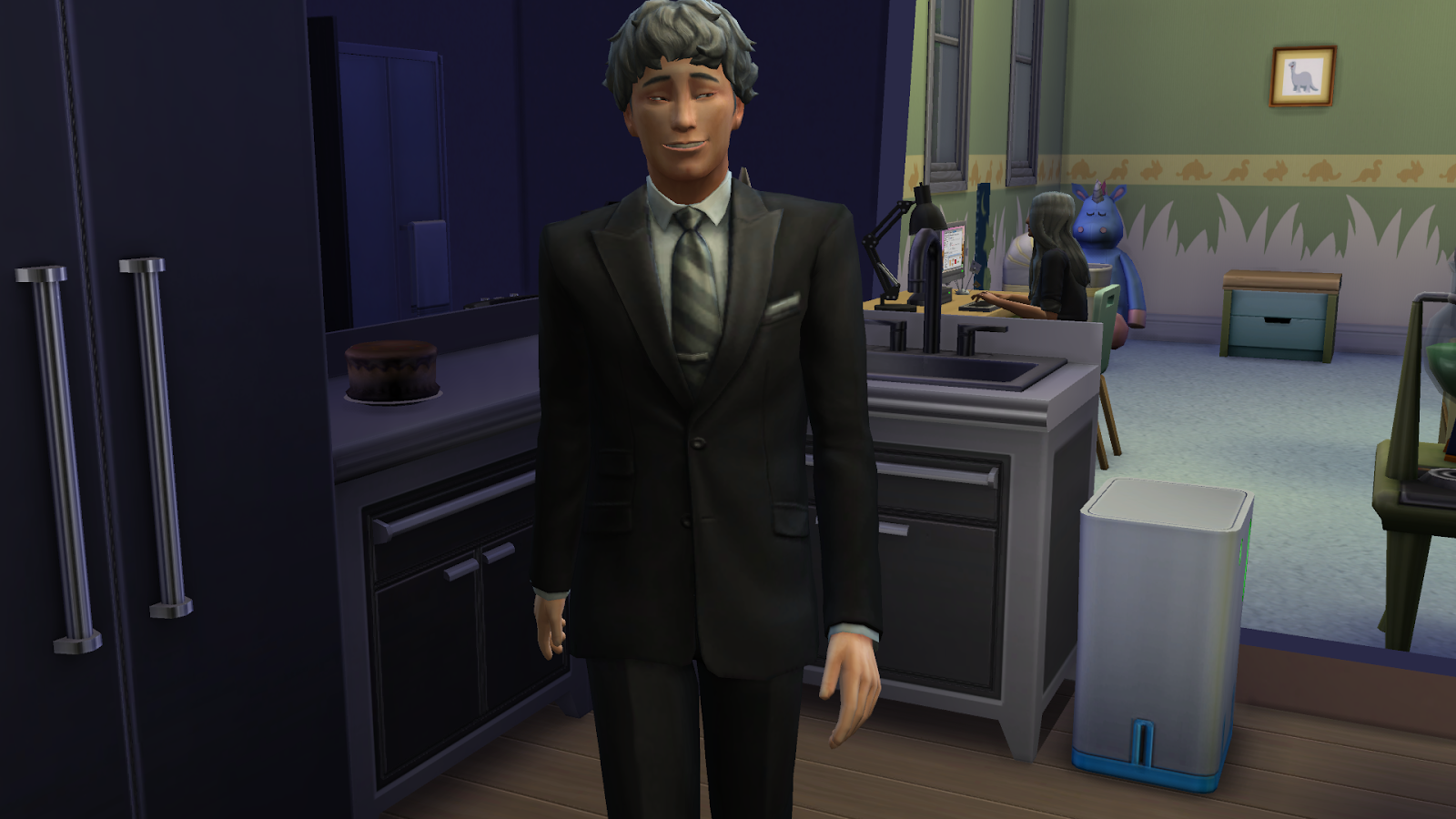 Giovanni as an elder. Grandpa and Daddy taking care of the twins. 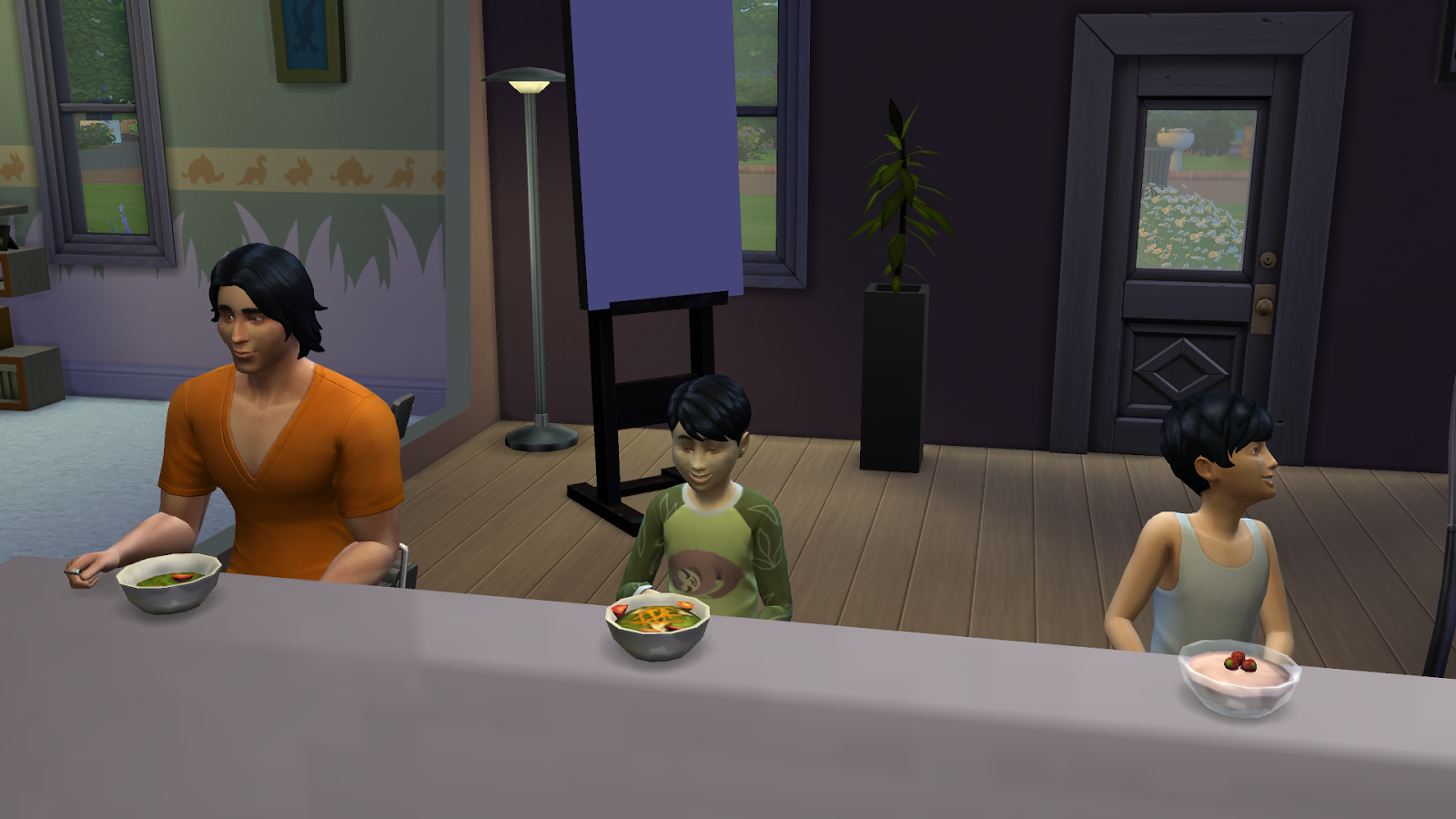 Dad eating breakfast with the twins. 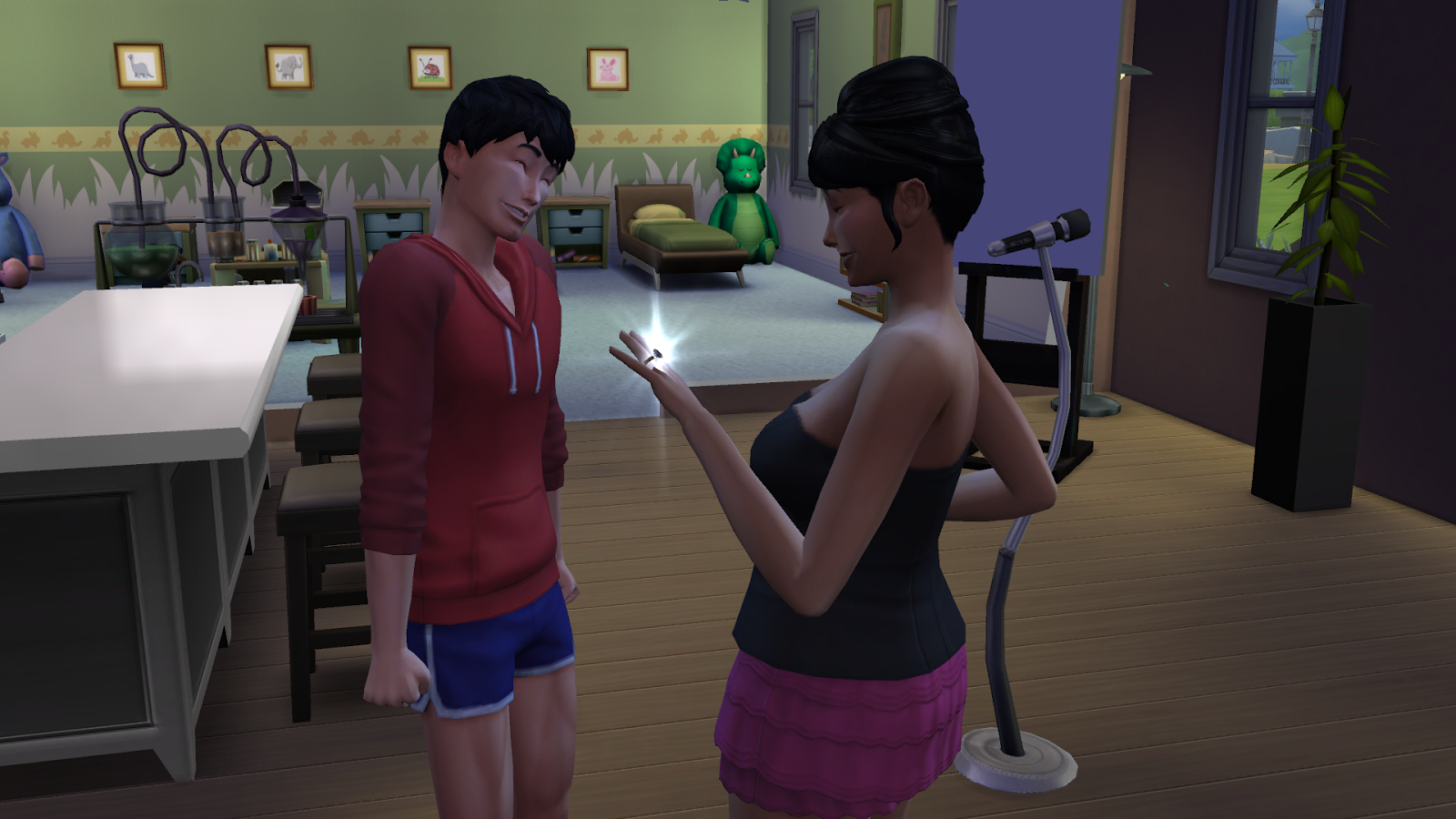 Daisy and Rez get married. 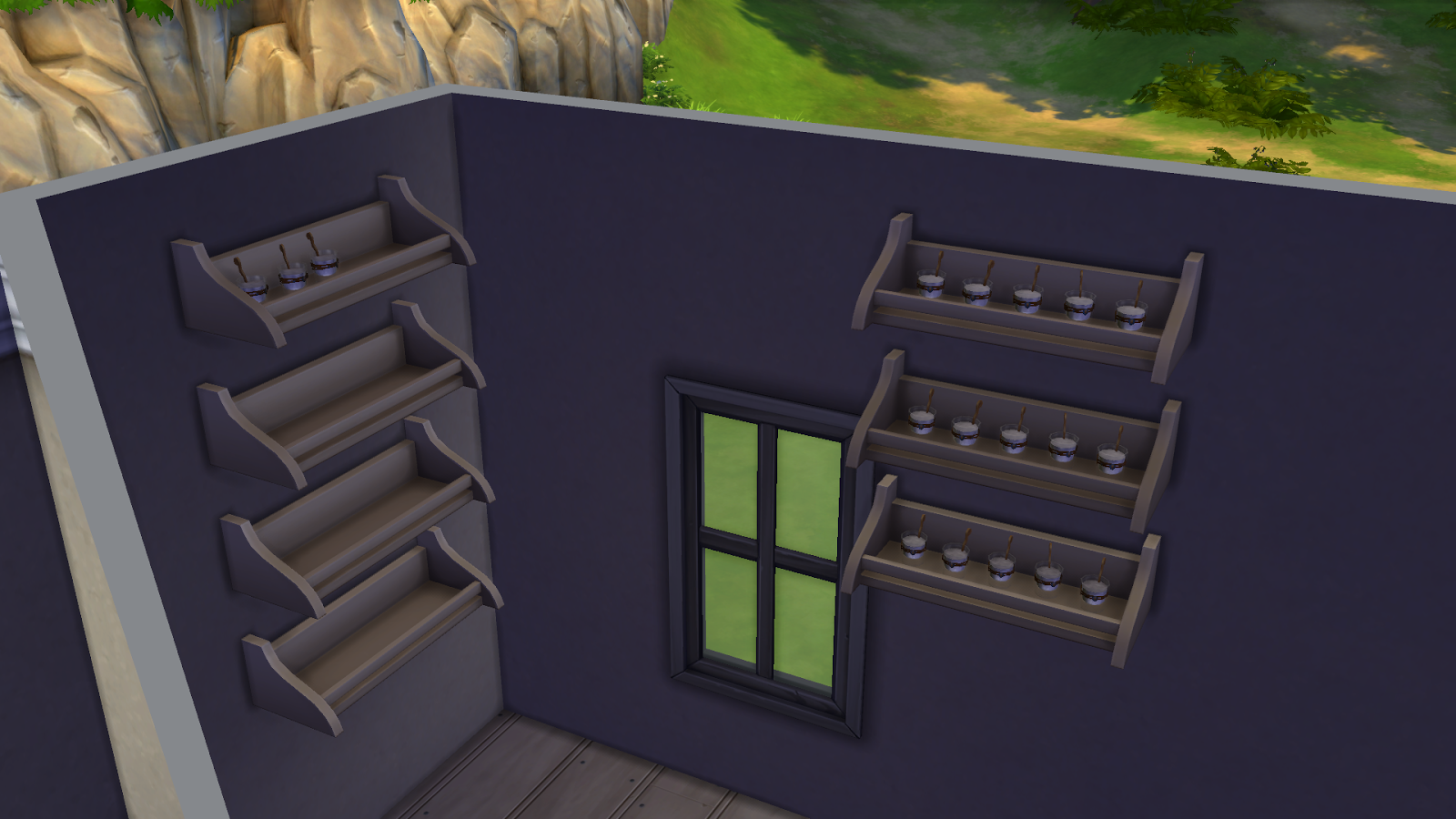 Since the potions of youth dissapear when a sim dies I have made a shelving system in a hallway for them!
Posted by Rainy at 8:10 AM