On one of her first days living at the bunker Alaya was playing with a stray dog and then had to leave for work.  I had forgot to lock the gate so the dog made itself at home and knocked over the trashcan and shredded a bed.  With just Alaya in the house it was fairly easy to keep her constantly busy and not spraying roaches, which is prohibited.  But now, with roaches everywhere outside I have to micro-manage their every move to keep them away from the darned roaches from hell!  Btw: The pics look different because Fraps quit working on me and I had to printscreen everything. 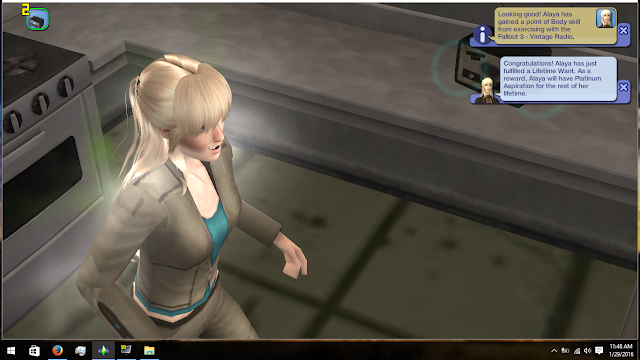 Alaya gets her final body point needed to max all her skills and get a platinum aspiration meter. 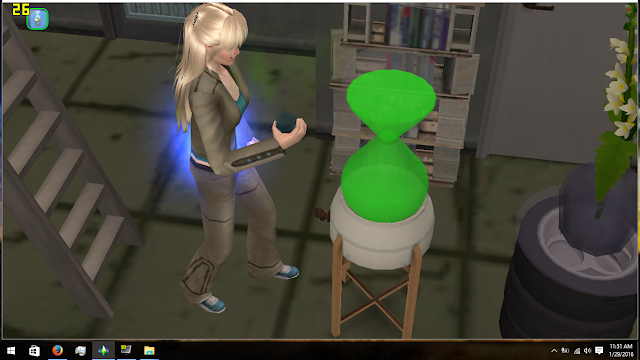 With a platinum meter it is safe to take the elixir of life.  She is now only 3 days older than Brandon.  Who, by the way moved in and married Alaya.  I just don't have any of those pics! 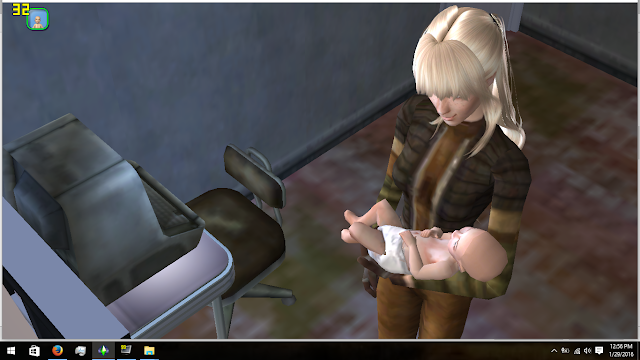 After about 20 tries Alaya got pregnant and gave birth to a boy named Asher.  She didn't show up for work and was fired. 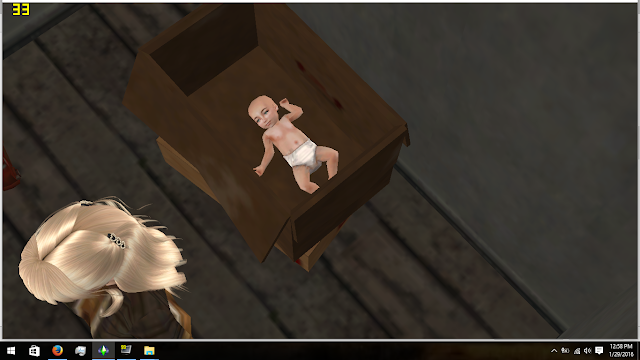 Asher gets this lovely cardboard box as a crib. 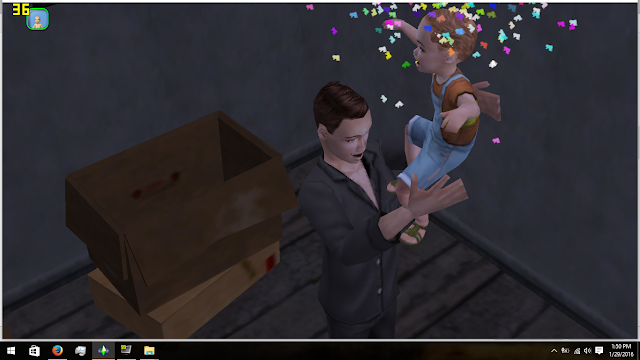 Asher ages up to toddler.  I made the mistake of potty training him not realizing that changing a dirty diaper is the only way to increase a toddler's hygiene. 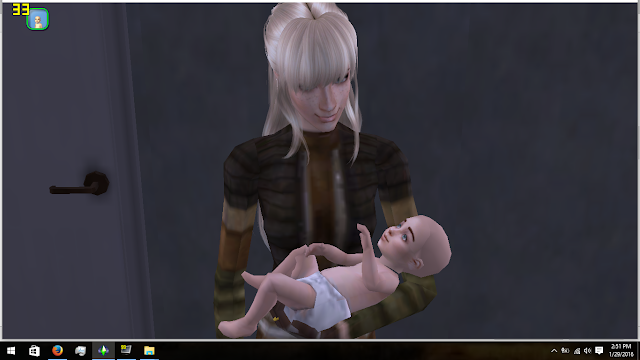 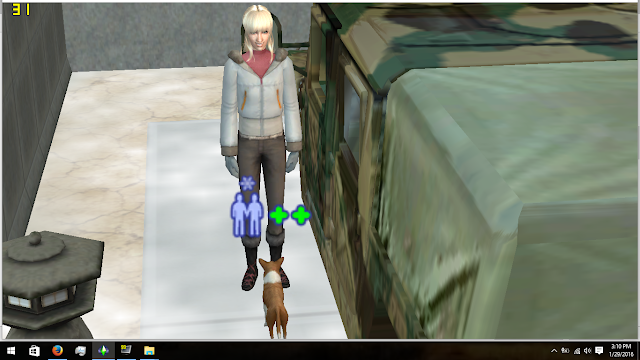 After hours spent watching the driveway for strays, trying to befriend them and failing finally Alaya adopts Tucker.  He already knows 2 tricks, is potty trained but is aggressive. 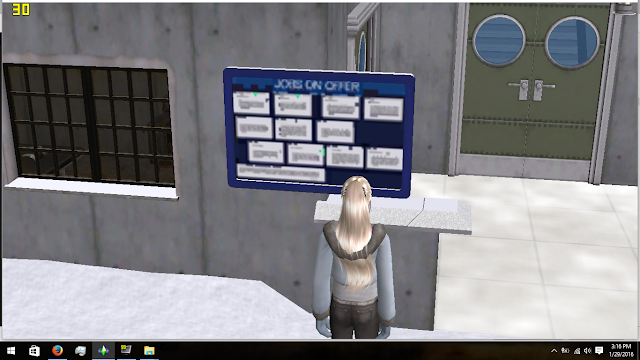 Alaya takes Tucker to the military base to get him a job in security. 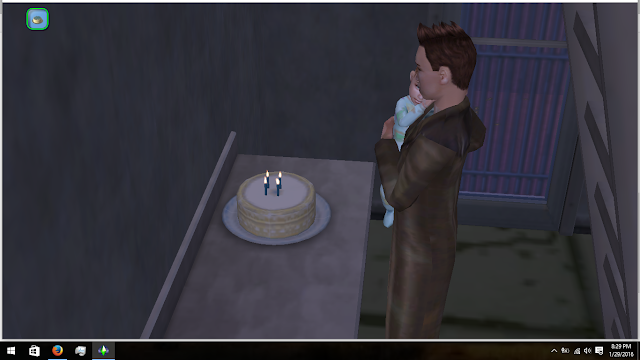 It's already time for Asher's birthday! 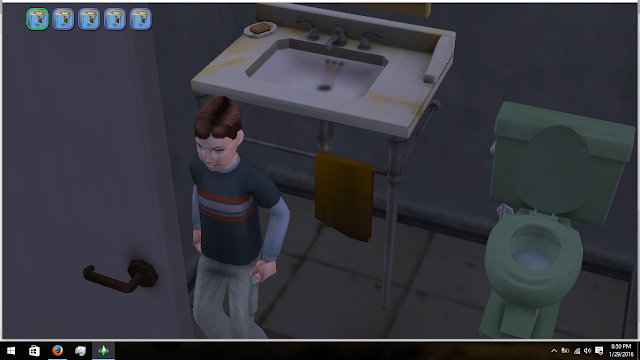 Get used to that hand-washing kid. 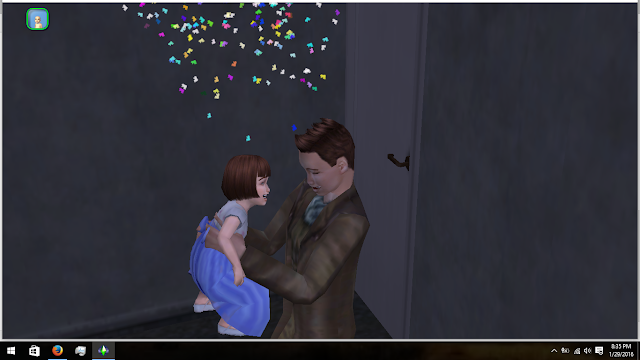 Then Fallon ages to toddler.  That dress is so not post-apocalyptic!

Chapter 1.3: Baths and Birth Control for All!