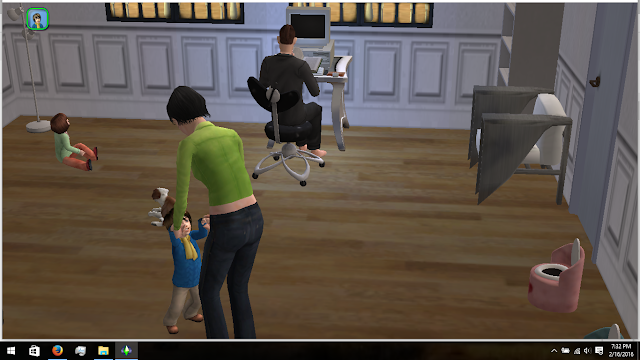 Life was stressful at the Pine household.  Tori was alone training the twins because Clarence had to skill for his Gamer job.  In the end Brylee never finished learning how to talk.  It was just too hard. 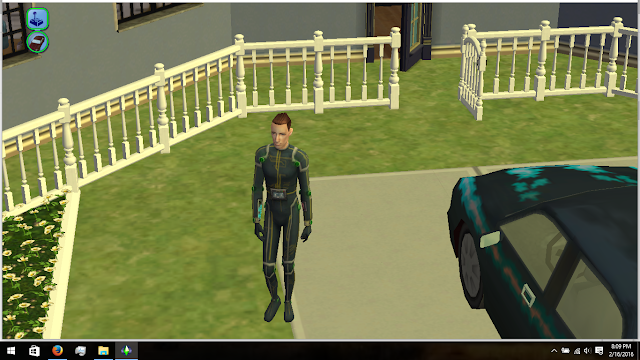 When I saw Clarence going to work dressed like this I thought oh my gosh he looks like that annoying gamer guy that comes whenever someone's played chess too much! 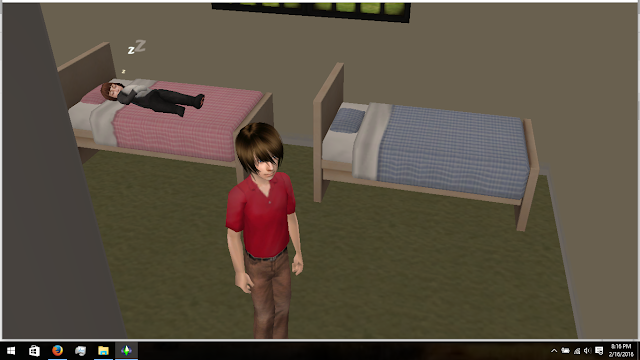 The twins didn't have a birthday party because they were sleeping and those darned toddler beds won't let you wake them up.  So Bryce jumped out of bed shortly after 6pm and aged to a child. 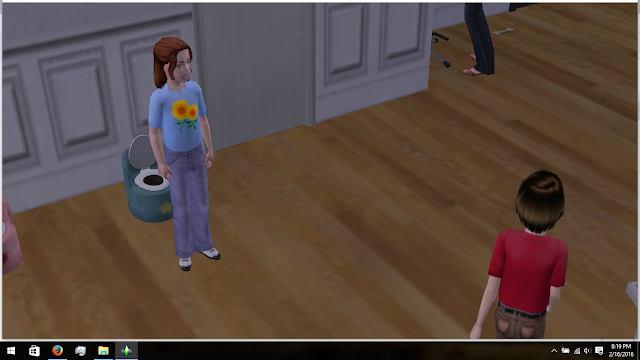 Brylee used the potty chair then aged up.  And heck no I'm not having another sim with that hair! The next day the family has a nice sit-down meal together sort of a late birthday celebration since both parents are off work and Clarence has all the skills needed to top his career. 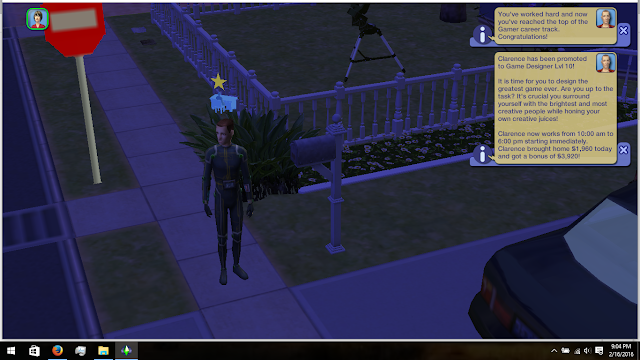 Do whatever you want on your computers!  Buy personal electronics!  Buy games and remote control toys!  Craft a servo if you want!  Clarence has lifted the Gamer restrictions! 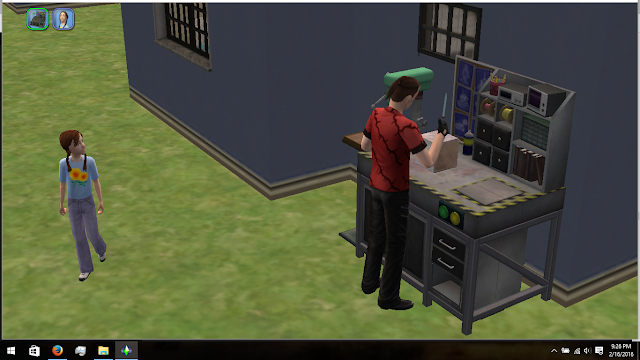 The next morning Clarence starts gaining some skill in robot-making so he can craft his very own servo. 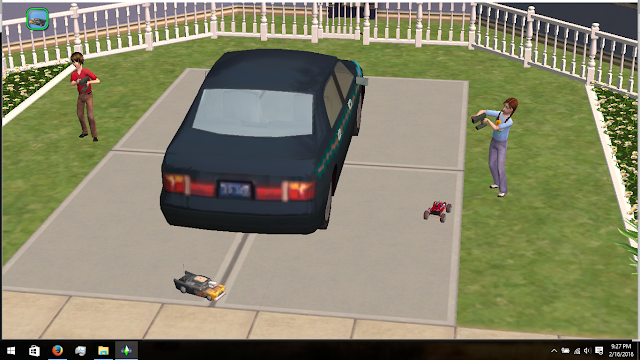 The twins play with their new remote control cars. 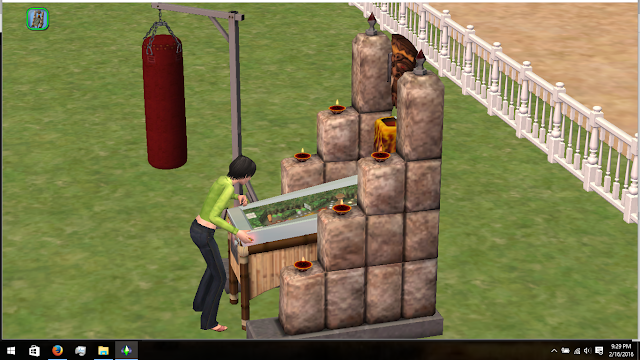 And Tori has a blast playing on Clarence's pinball machine.