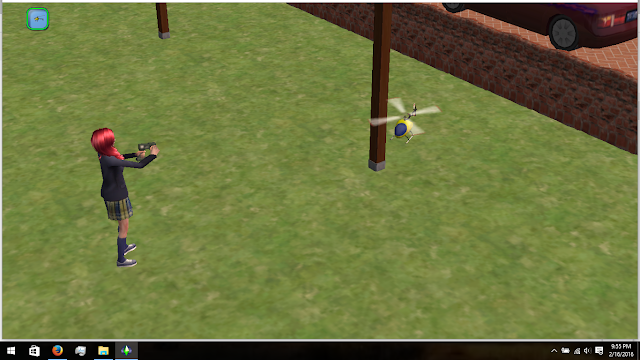 Lina having a little fun after school with the new remote helicopter. 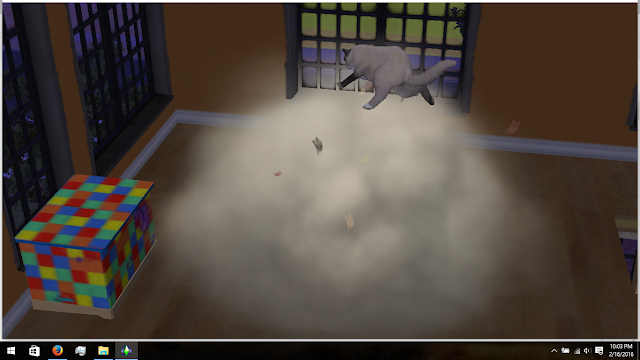 One, this picture is hilarious!  Two, darned Cosmo and Shadow keep fighting.  Cosmo ran away and didn't have a collar so I didn't think anyone would bring her back but someone did during the party.  The guy was creepy and didn't leave after he brought the cat back. 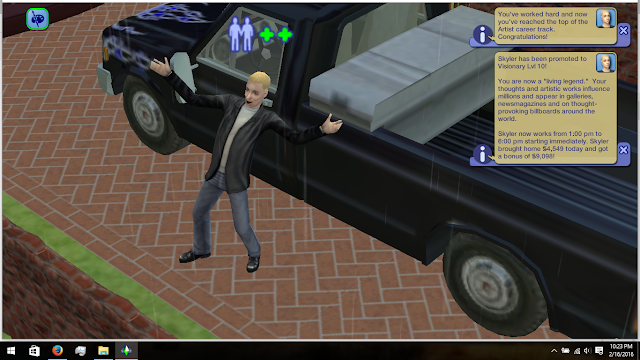 Buy all the decorations you want!  Hang your plaques!  Purchase the activity table for your kids!  Take pictures!  Use the easel!  Skyler has topped the Artist career and lifted those restrictions! 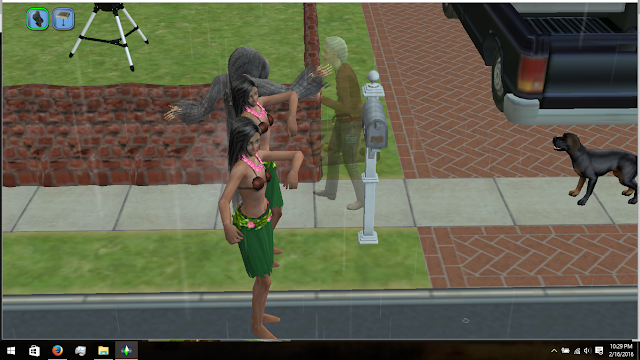 Grim came for Zoe as she got out of the carpool.  She was 75. 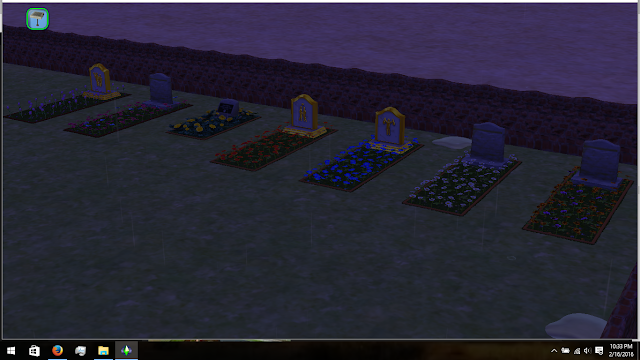 So far this is the only lot I've made a graveyard for. 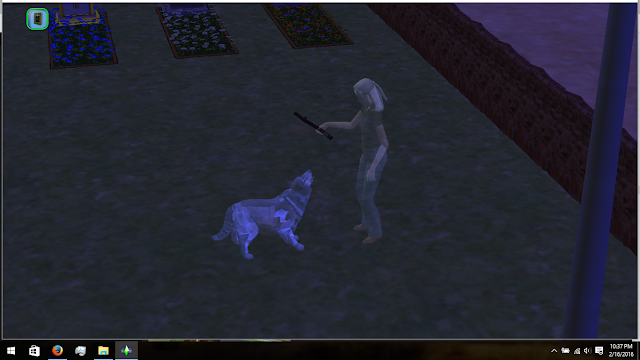 I thought this was too cool.  Fallon playing fetch with Ziggy. 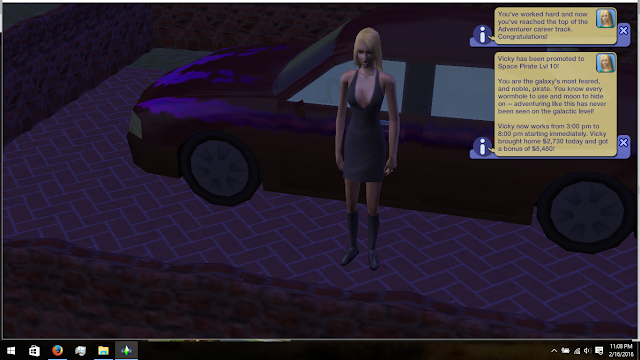 Go on vacation!  Use aspiration reward objects!  Heck, do whatever you want to do because this is the final career to be lifted and we have victory! 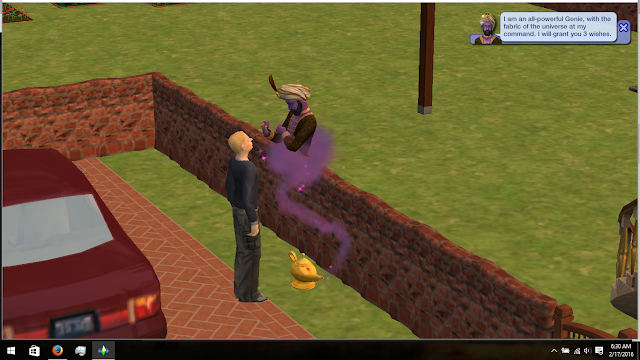 There's no way Skyler was ever going to go on 50 1st dates so he rubbed the lamp and got perma-plat. 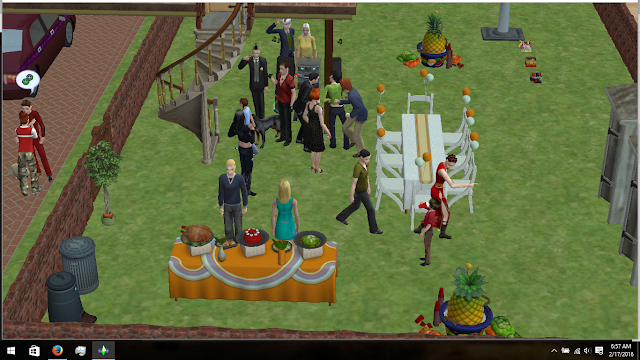 The entire family is invited for a victory celebration. 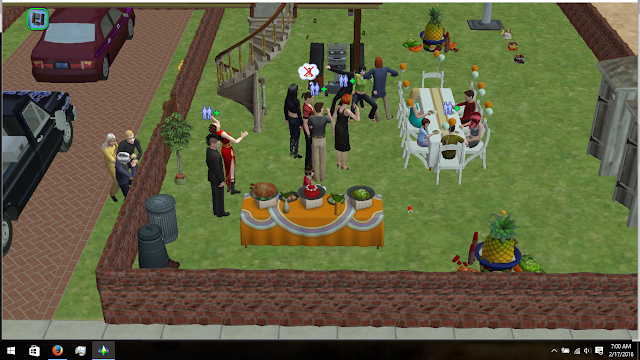 Some of them even do the smustle.  I may have missed the Parkers.  Hmm. 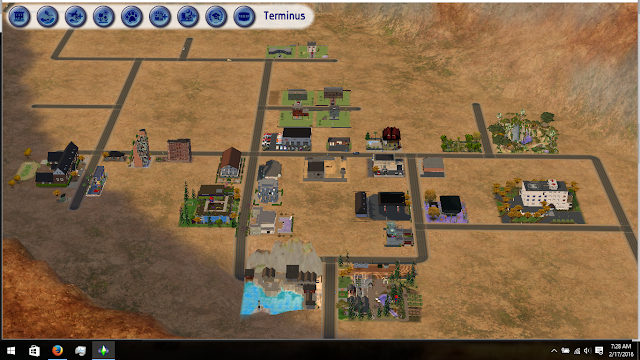 Here's a final pic of the town when tier 3 was lifted.  I replaced the dilapidated police dept., soup kitchen and first aid station.  I re-named the town Victory.  I still plan to play the families.  The zombies were cured by something that Vicky found while adventuring.  They are now harmless.