This chapter is a little bit different.  I tried something new... more notes at the end of the chapter. 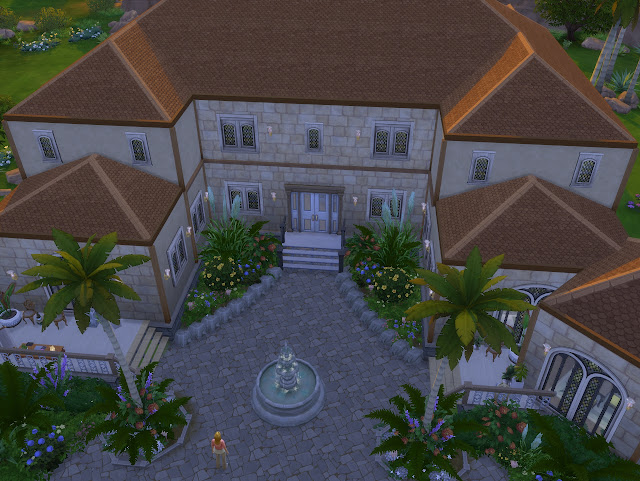 Star had been watching a lot of television since Nick's death.  She fell in love with a show called The Bachelor: Disney Princess Edition.  She decided that since there was a big empty mansion in Oasis Springs that she'd hold her own bachelorette challenge!  She put an ad in the newspaper and invited the guys that she found interesting. 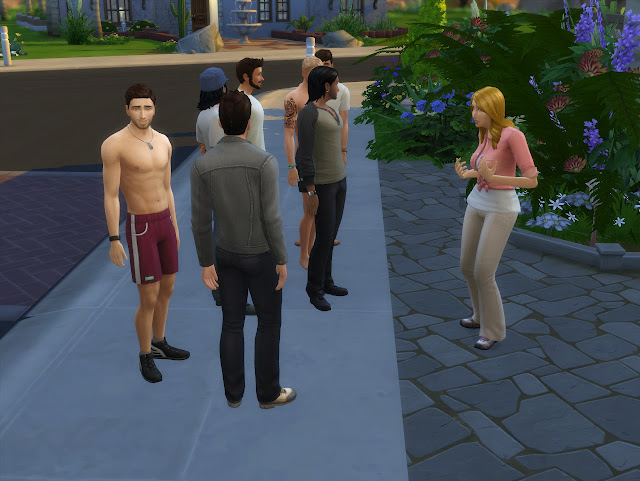 But once they all got there and she started explaining that they had to fight for her affections she started thinking this was all a big mistake. 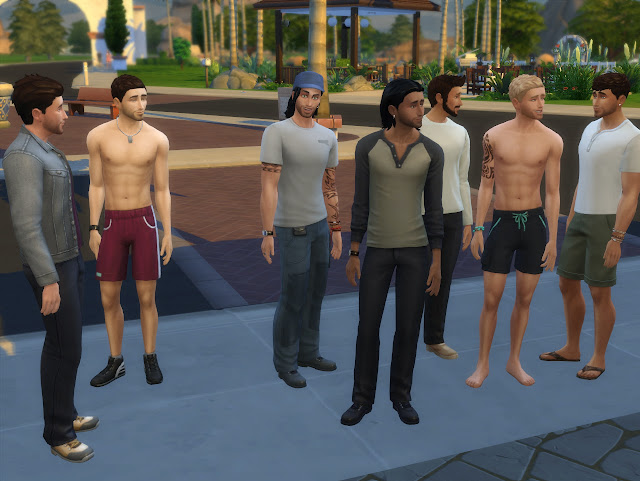 The guys listened to Star's speech then headed inside.  Starting from the left there's Curtis, Asher, Julian, Hawk, Jeremy, Dax and Bentley. 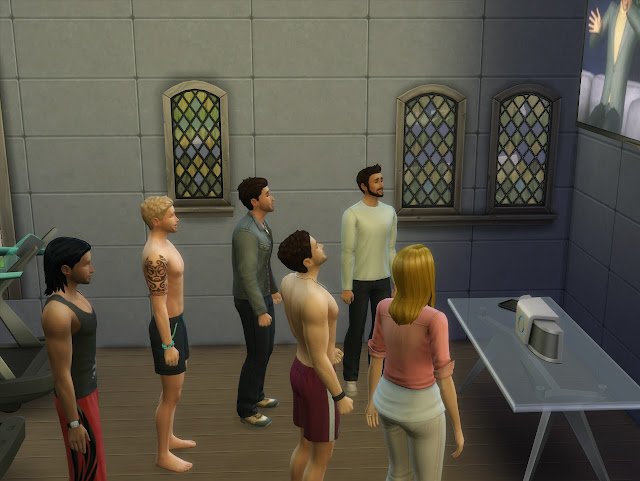 When Star realized that they paid much more attention to the tv and computers than they did her she had them removed. 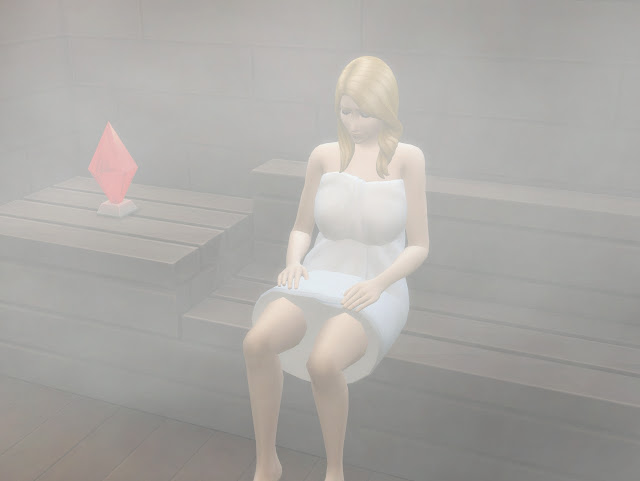 While she was at it she had flirty lamps added to every room.  That should catch the guys interest!  As should sitting around in nothing but a towel! 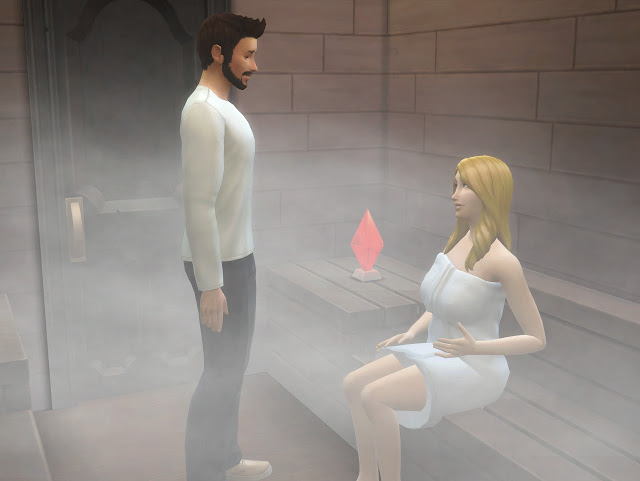 One of them comes in the sauna but he only talks to her for a minute before leaving.  She's disappointed that he doesn't join her. 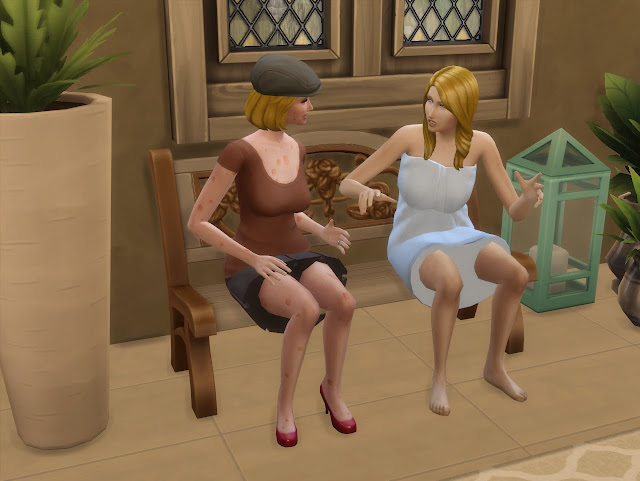 When her sister Shea shows up trying to talk her out of this foolishness Star gets defensive.  "I never got to date, I never got to choose.  I only married Nick because there weren't any other options!"  She yelled before storming back into the house. 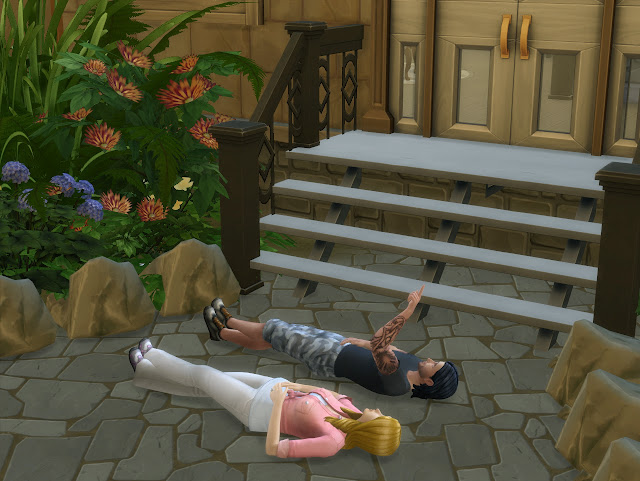 She decides to cloudgaze with Julian and they have a great time. 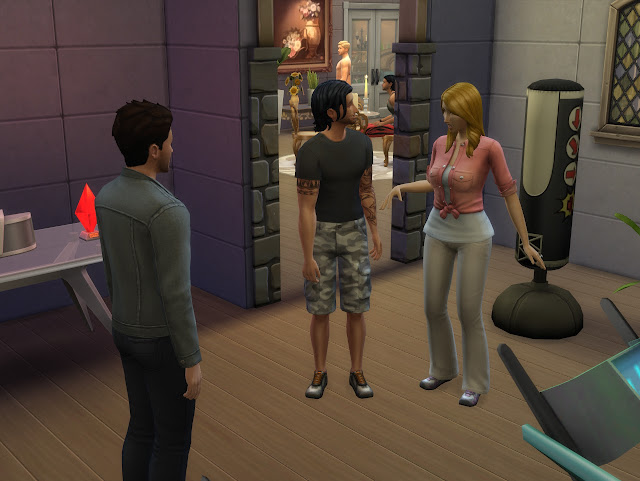 Such a good time that when he goes into the workout room she follows him and starts flirting with him. 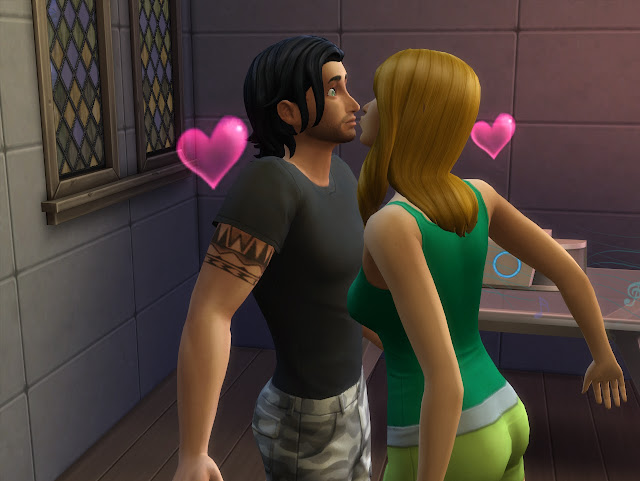 They talk and work out for a bit and then she kisses him. 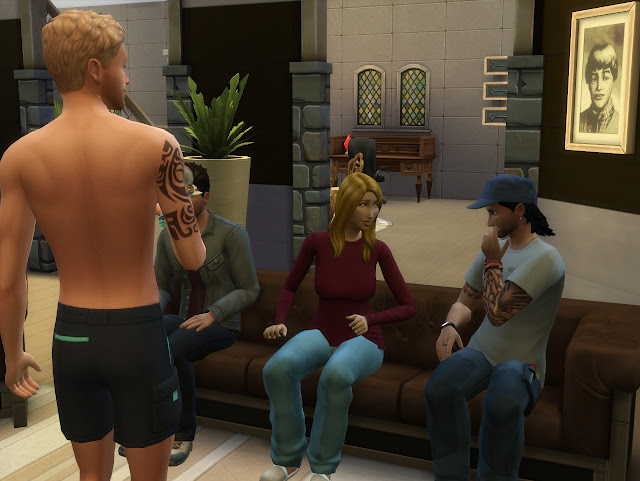 In the morning she still has Julian on her mind.  She starts flirting with him right away... and follows him around the house all day. 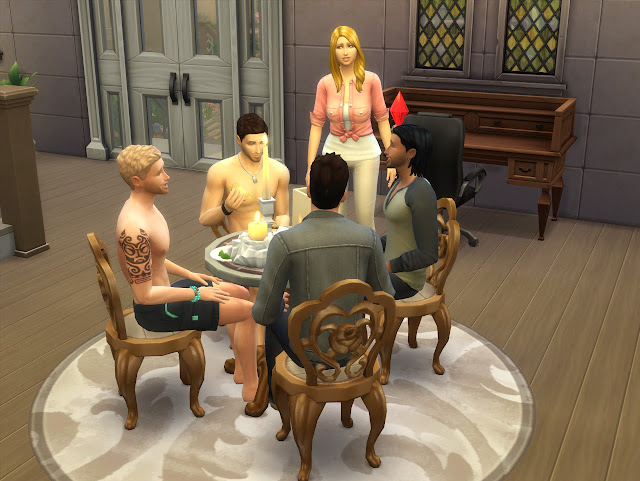 She tries chatting with some of the other guys the next day... this whole thing was to consider her options after-all. 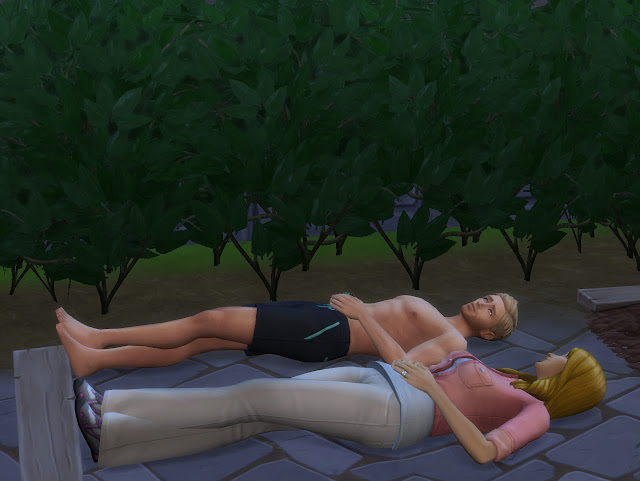 She even stargazes with Dax. 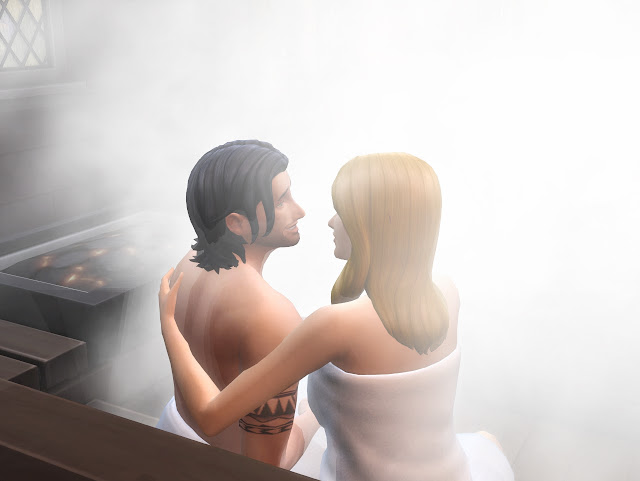 But it's Julian who holds her attention.  She gives up the charade of trying to be interested in any of the other guys and after everyone else goes to bed that night her and Julian elope.  They move into her old neighborhood in Oasis Springs and word around the town is that she's pregnant!

______________________________
Chapter notes: I thought it would be a lot of fun having Star pick out a guy... it was extremely boring.   From the moment they met her only whims were for Julian.  Despite putting flirty lamps in all of the rooms only Star and Julian autonomously flirted with each other.  I'd planned to let it go for a week and see who she had the highest relationship with at the end but by the 3rd morning her romance bar was maxed with Julian and I just gave up.  I guess it was just meant to be.