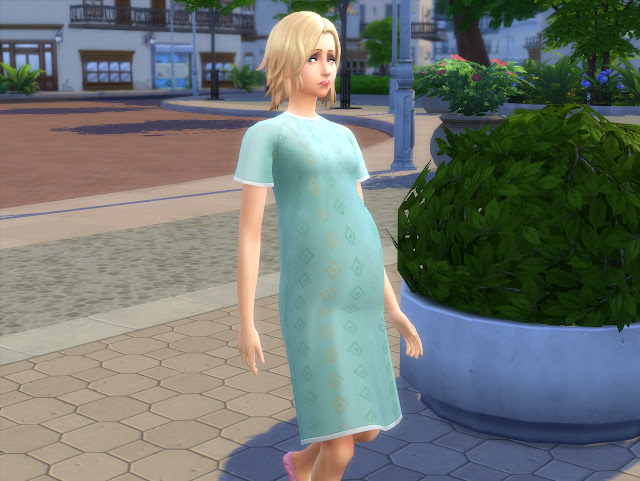 Sofia couldn't believe the mess that her life had turned into.  All because of Jaxton Nunn.  That jerk!  Not only had he been seeing Morgan Fyres at the same time as her but when she told him she was pregnant with his baby he had the nerve to laugh and tell her there's no way it was his baby.  Then he asked if a baby would get in the way of them dating! 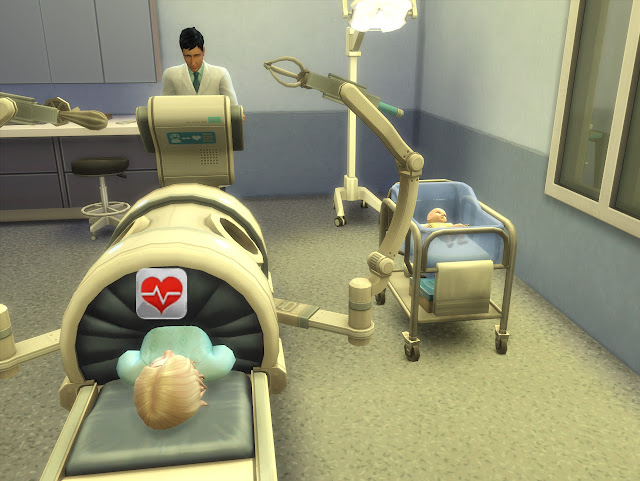 She'd made her way to the hospital alone... all of her family had turned their backs on her when she'd stopped being the perfect daughter by getting herself pregnant.  Doctor Noble announced that it was a girl.  She named her Tatum. 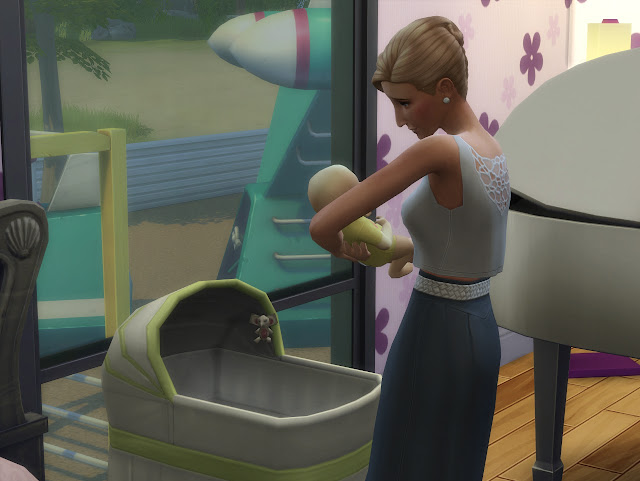 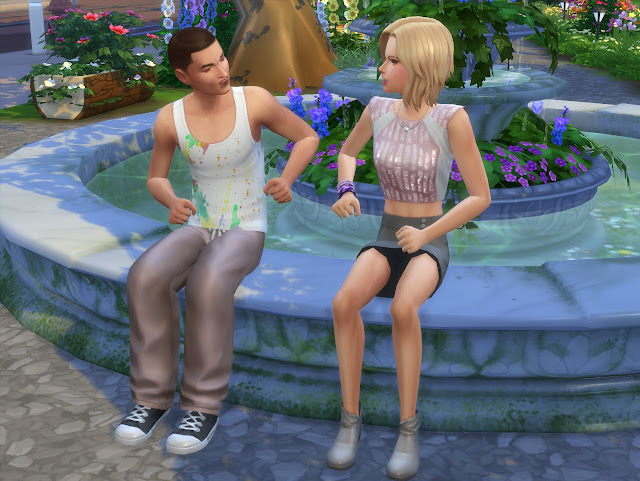 Sofia's family agreed to watch Tatum for awhile while she got out.  She went to the wishing well park intending to make a wish when her plans were ruined by the sight of none other than Jaxton!  He was dressed like a bum and smelled too.  She was humiliated that he was her baby's father.  She told him she didn't want to see him again. 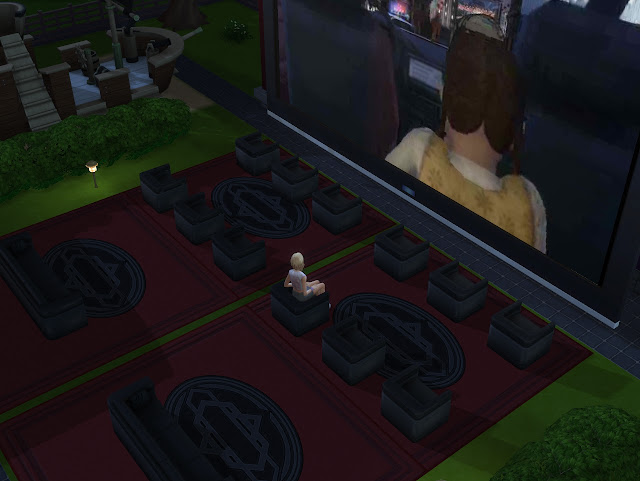 After leaving the park she went to the movies alone and watched a horror movie that bored her so much she fell asleep. 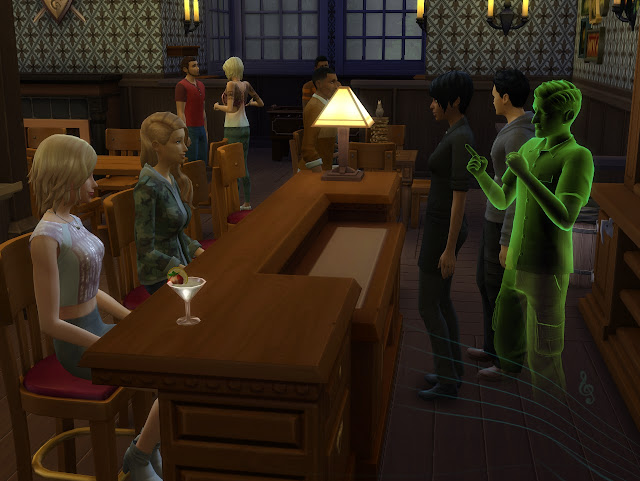 Once she woke up she headed next door to The Shrieking Llama for a drink.  When the bartender announced it was ghost night she thought about leaving.  First a goofy zombie movie and now ghosts?  But she changed her mind after she met Nick and Dwight. 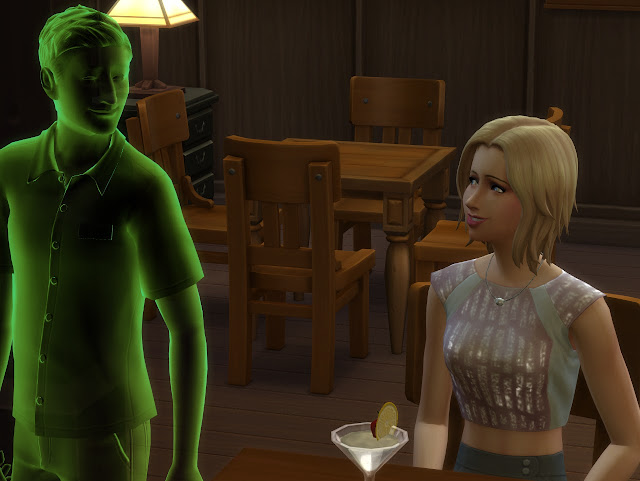 Nick was really funny and they chatted for hours. 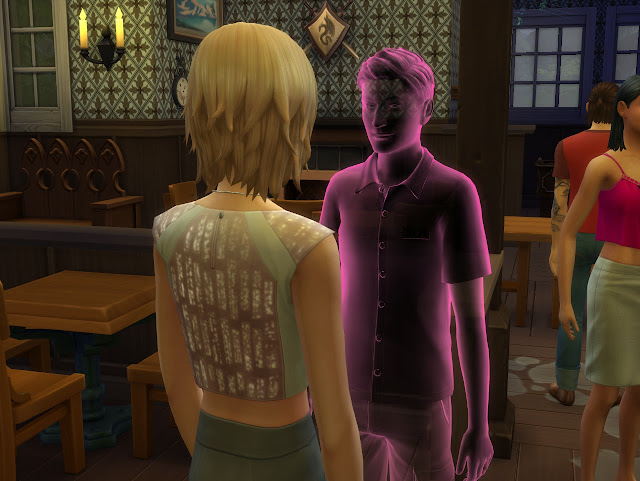 When his color changed to a flirty pink she thought what the heck and started flirting with him. 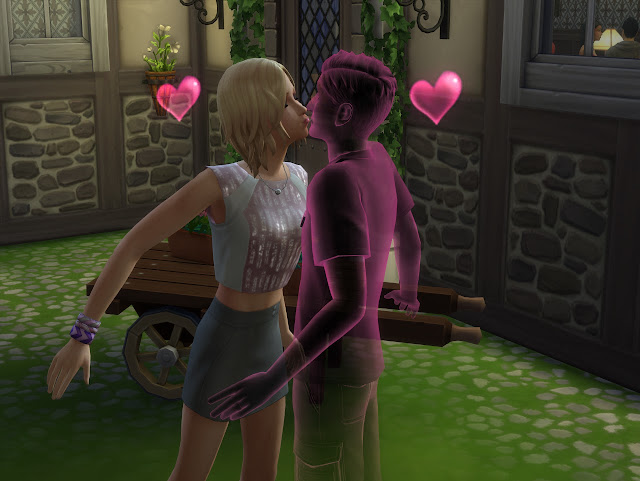 They made their way outside and Sofia gave Nick a kiss.  And then he just disappeared.  Gone.  Wow. 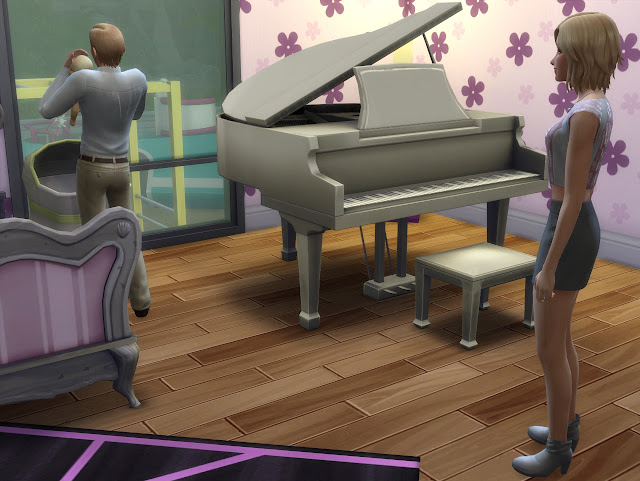 When she got home she found her father holding her daughter.  Things weren't as bad as she had thought.  Especially now that she'd met Nick. 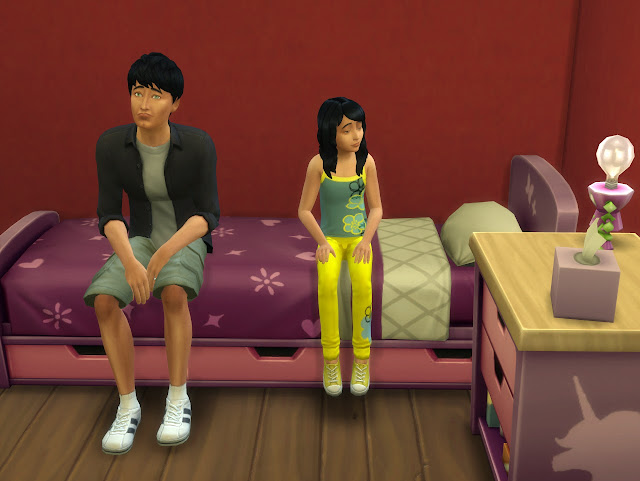 Explaining to Haven that her mother was dead when she aged up to a child was one of the hardest days of Angelo's life. 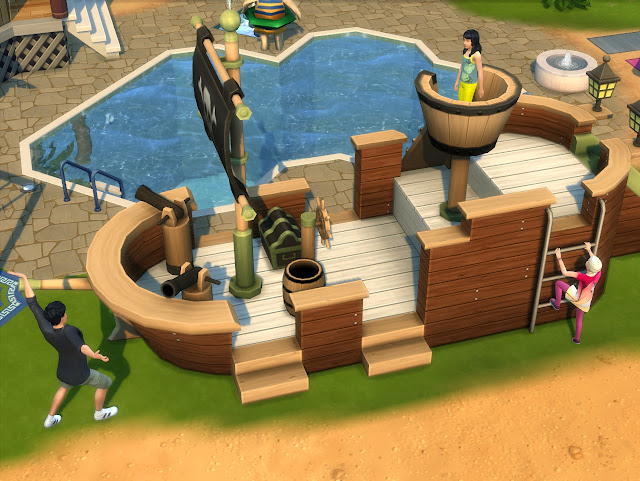 To cheer her up he took her to the park. 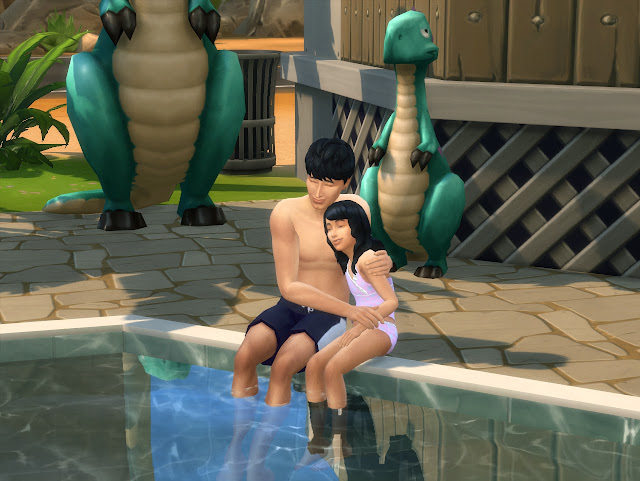 He adored his daughter.  Suri had wanted to name her Haven and that's what she was: his refuge. 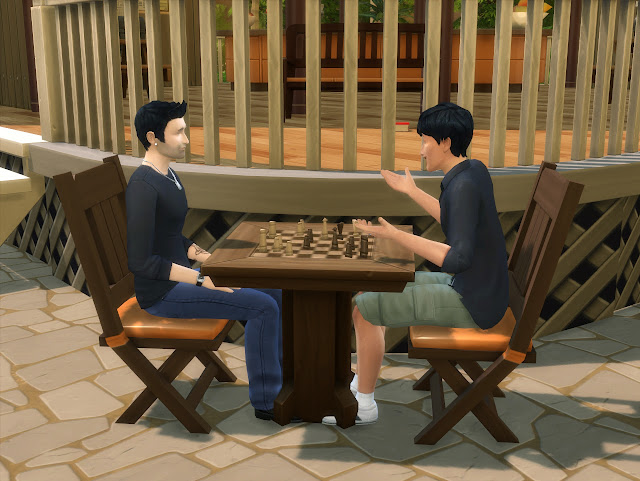 When Angelo sees Zayne playing chess he sits down and asks him how he got over the death of his first wife.  Zayne replies that he didn't really move forward until he met Shea. 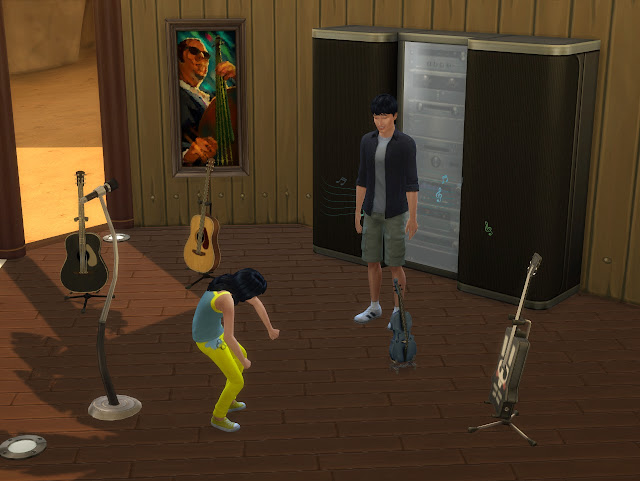 While watching Haven dance later Angelo decided he didn't need to replace Suri to be happy again.  He had his daughter. 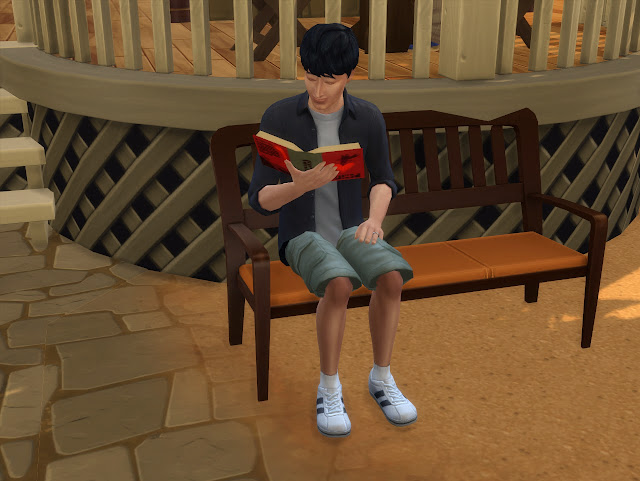 He had his books. 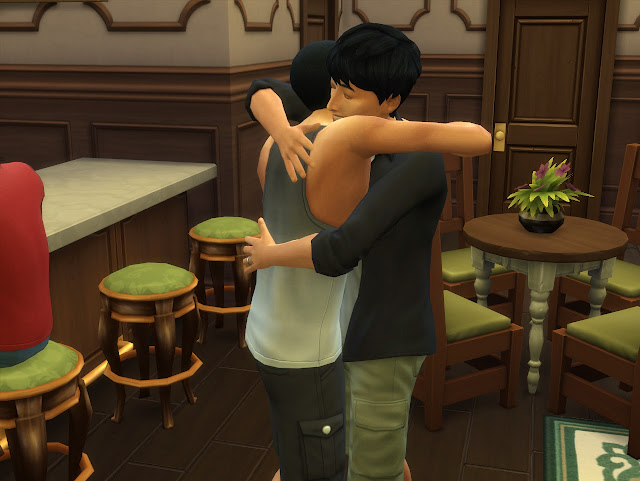 He had his family.  He met Rocco at the bar later and his brother gave him a big hug when he saw him. 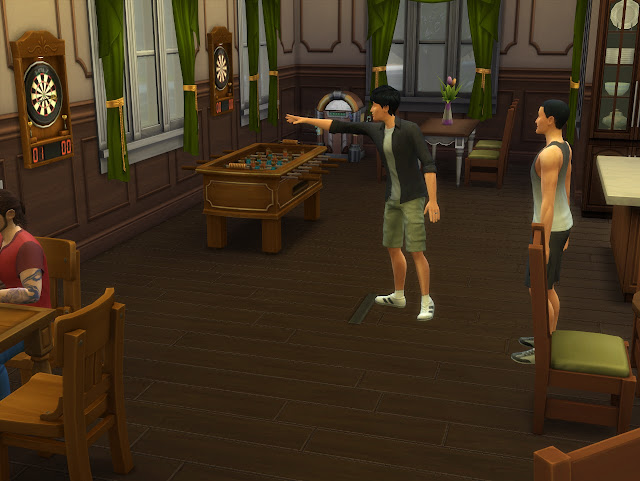 While they joked and played darts Angelo decided he had all he needed.  He would always love Suri and he would miss her until the day he died but she would want him to live his life to it's fullest. 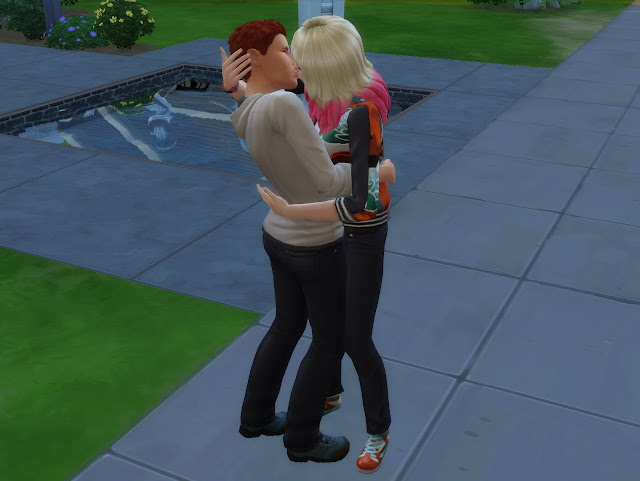 After his sister Kaci moved out and Candy's sister Yuki aged to a young adult Dillon asked her if she would move in. 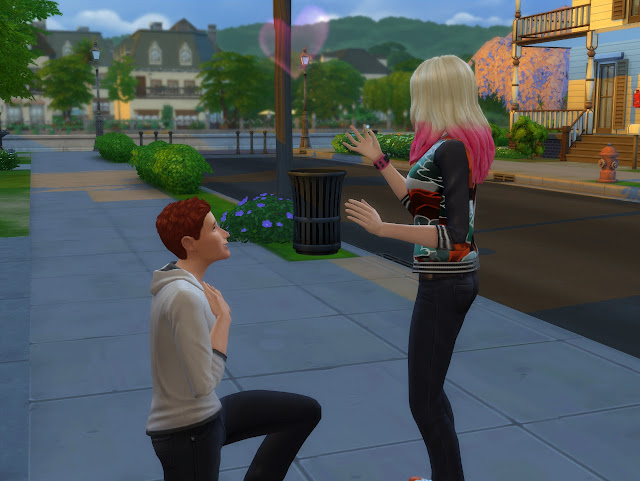 Caught up in the romance of the moment he asked her to marry him. 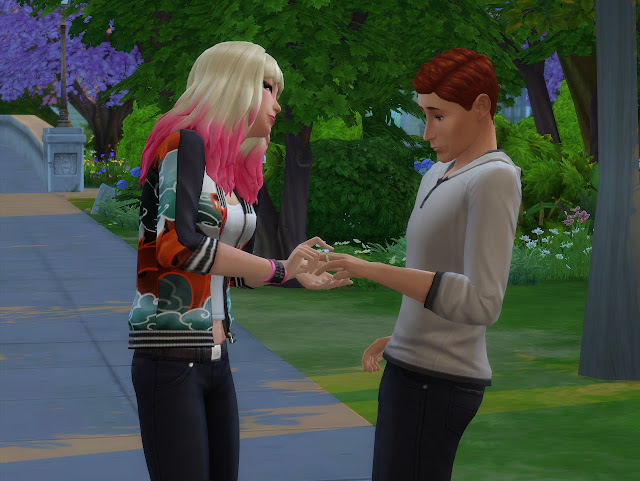 They decided to elope then and there!  They were excited that their lives together were finally moving forward. 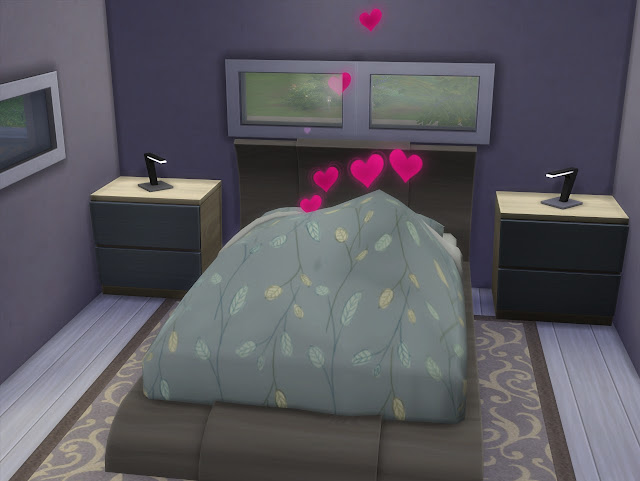 They broke in the new bed. 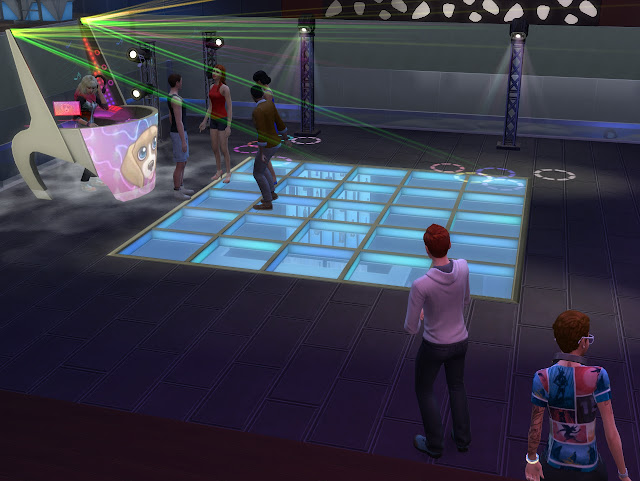 Candy had to dj that night and Dillon loved watching his girl in action. 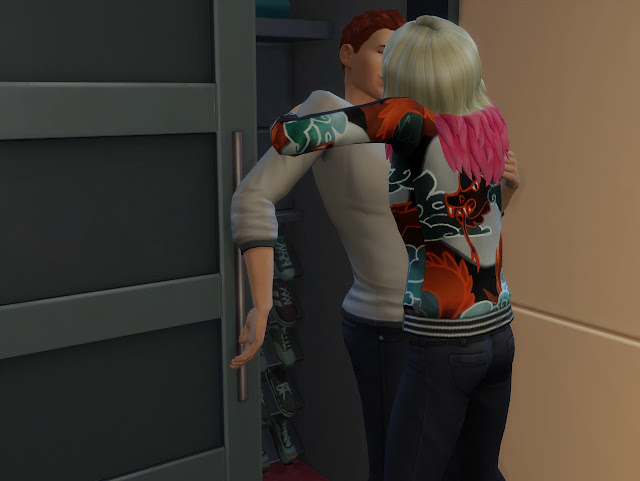 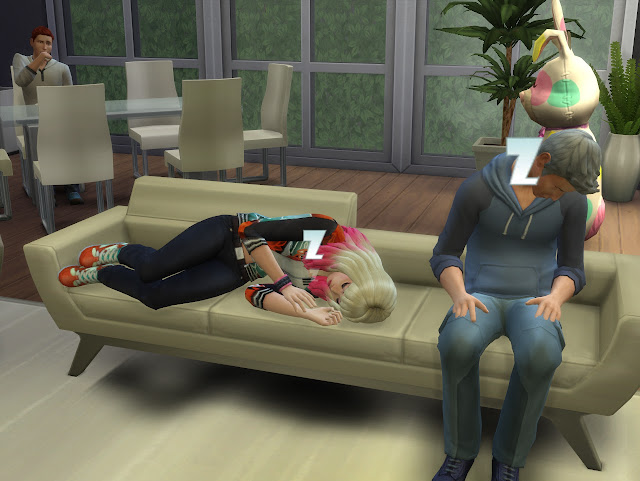 This was too cute I had to take a pic!

______________________
Chapter notes:
Surprised?  So was I!  I had risky whoohoo turned to 5% and had been considering changing it to a higher percentage.  I didn't even know that Sofia was pregnant because I was playing Star's Bachlorette household and didn't go into manage households for several sim days.  When I got the notification that she was in labor I was in shock!  So she's added to the rotation families now.  I took her to a bunch of different lots hoping maybe one of the bachelors would show up but it was Nick instead.  I'm really happy with the way this turned out.

Extra note: I'm publishing this a month or more after I wrote it.  The only reason I can think of that I never published it sooner was because of needing to make genograms for the families.  I also have half a chapter screenshotted that goes further into Nick and Sofia's relationship.  The new posts after this one will be moving on to my new WordPress blog most likely with a new shiny name to go with it!
Posted by Rainy at 7:21 PM