So much happened since my last post.  Simone had her birthday... 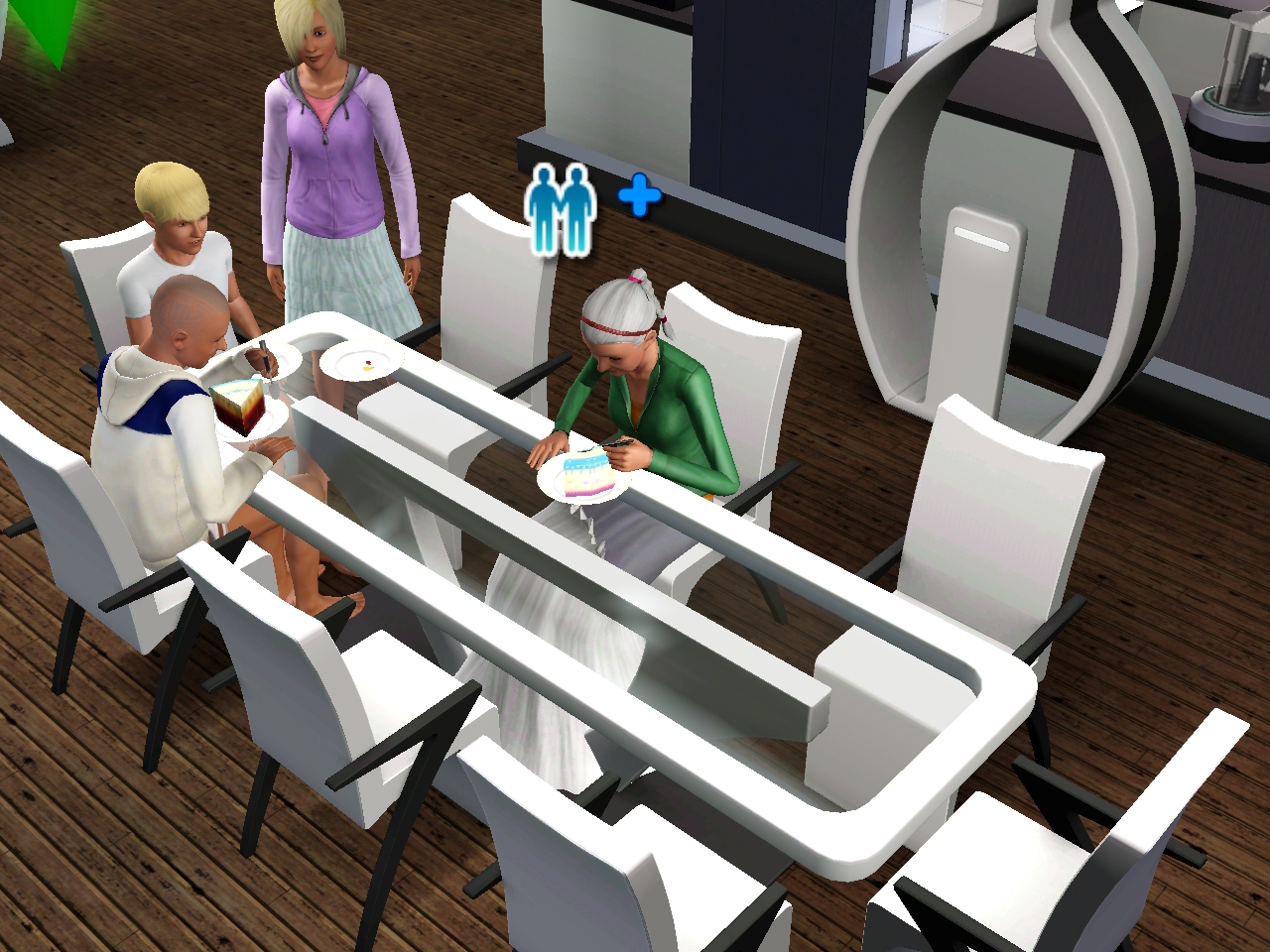 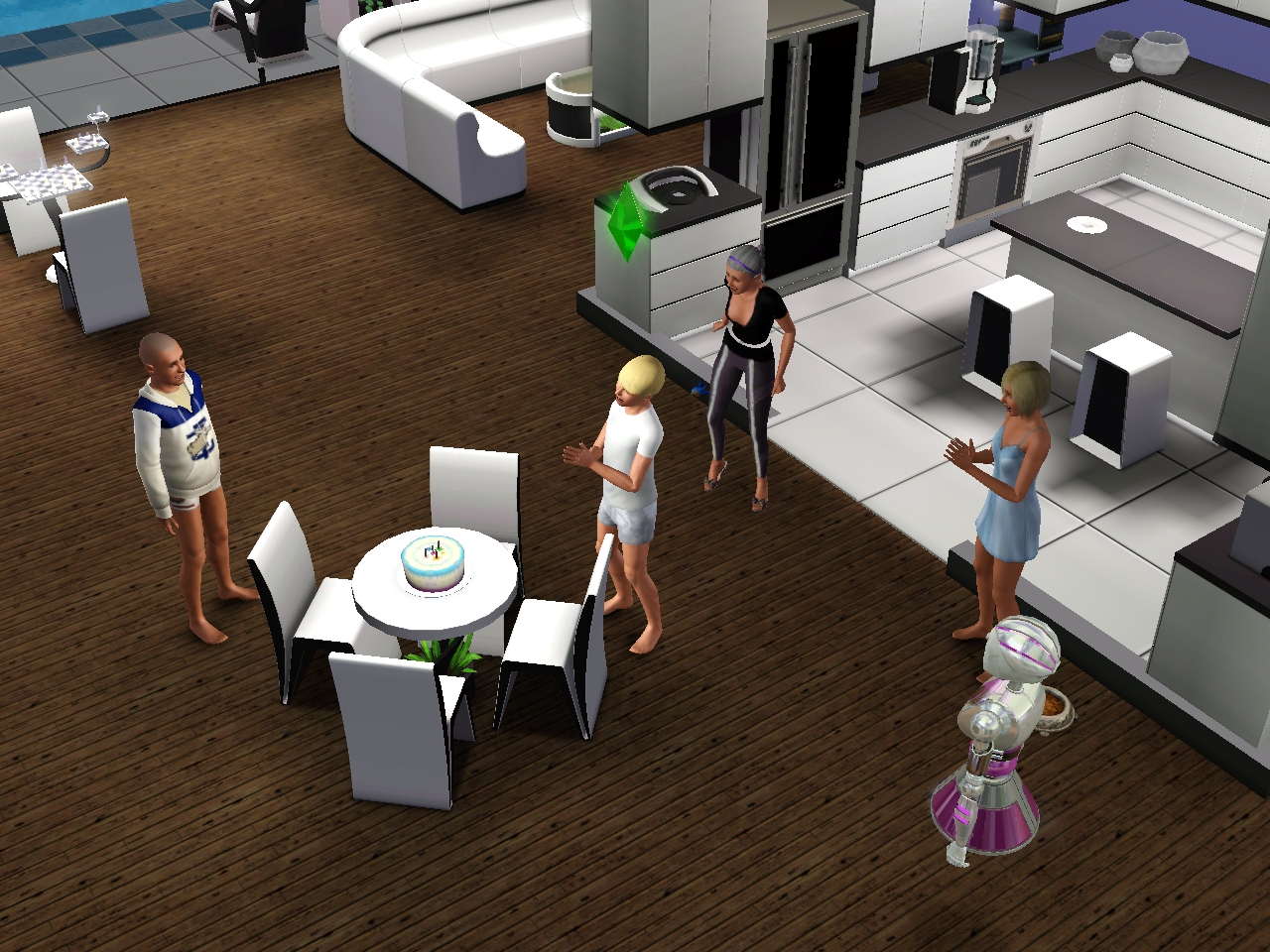 Simone and Irving got married. 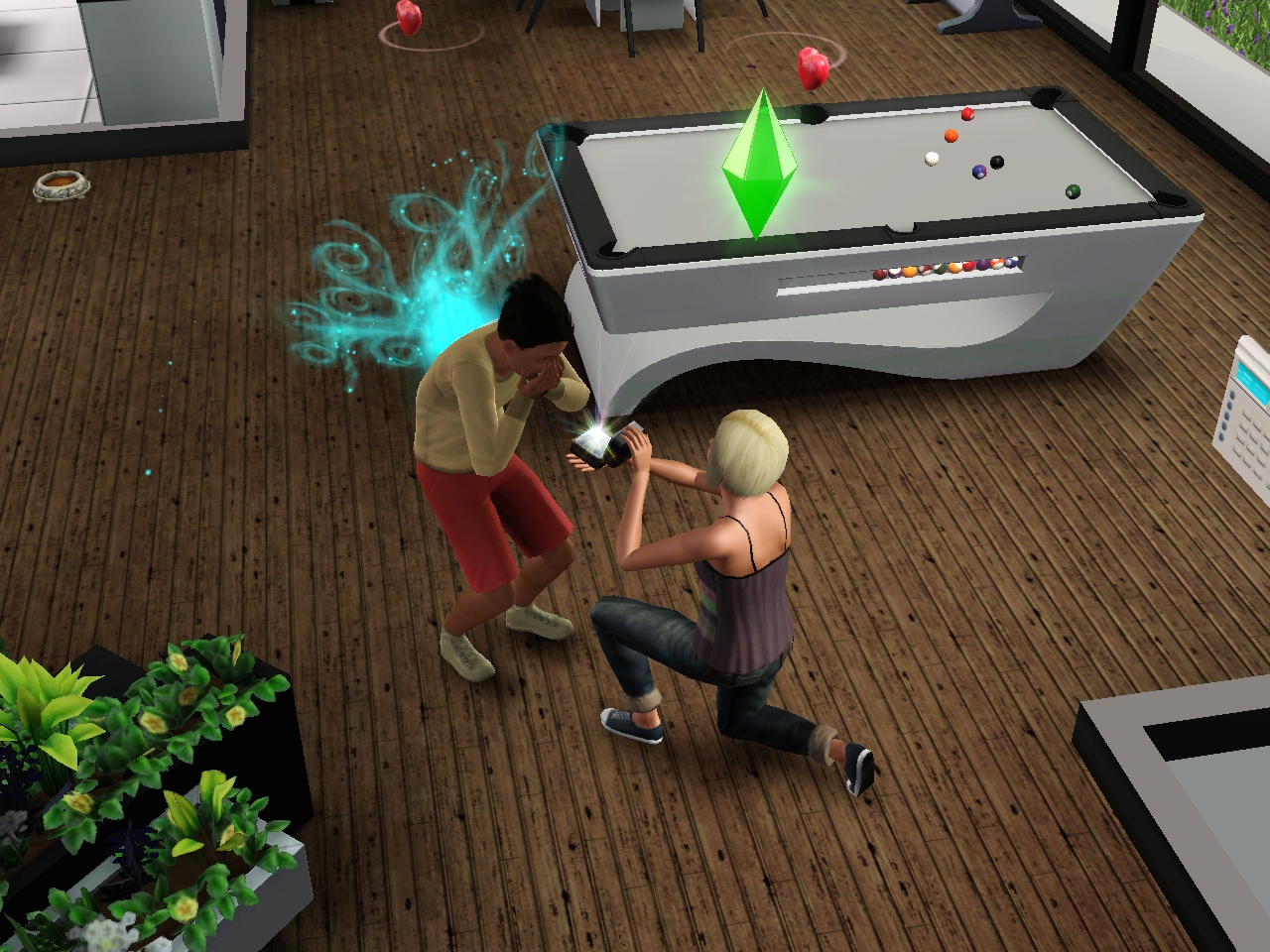 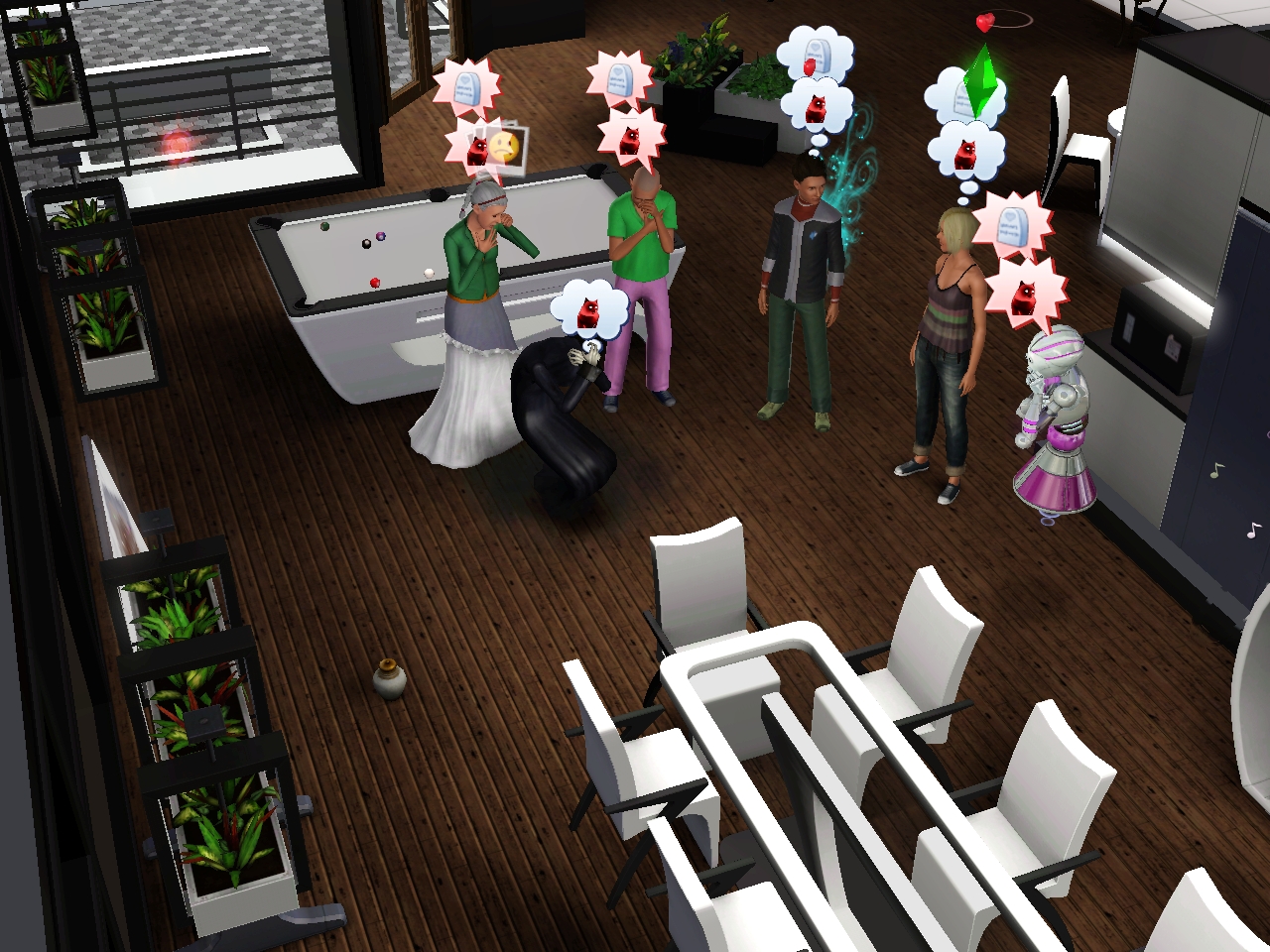 Which made Simone faint... 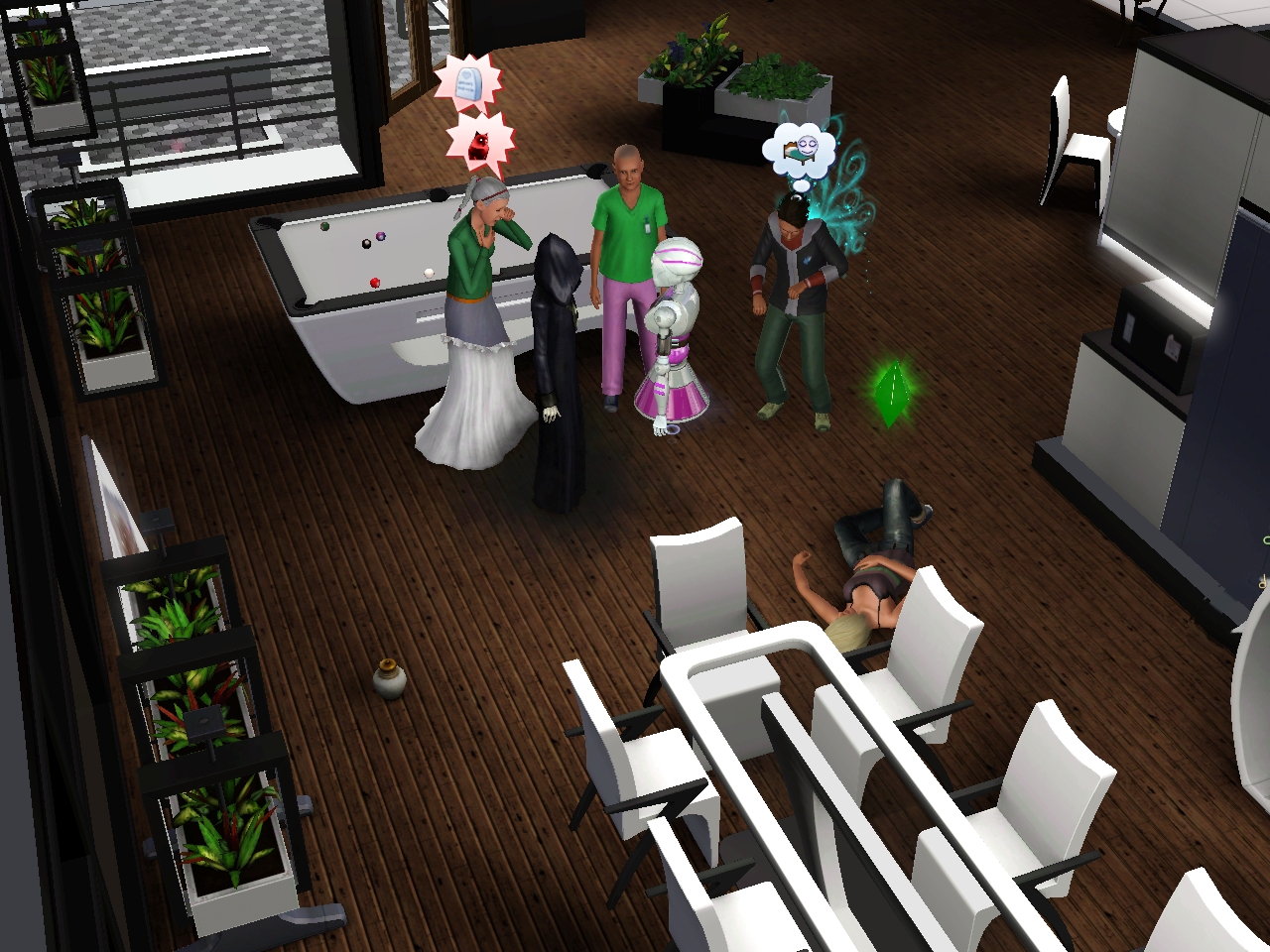 So, Simone has the following traits:
(which most suck but I don't get to pick them so oh well)

Her lifetime wish is The Animal Rescuer.  The cat that died was stray #1 of the 6 she has to rescue.  Oddly enough Irving has the same lifetime wish.  But since I can't count the same wish twice it kinda sucks too.  Oh and Tomas, the dad, fulfilled his lifetime wish today to be a world renound surgeon!  I forgot to get a painting of Rhys before he moved out so that sucks.  His was the first painting I didn't get since the founder.  Dunno what I was thinking!  I guess I was eager to get going on the baby making for generation 9.