So I have to say I thought the hardest part of this challenge would be raising the kids.  It's not.  It's finding men to whoohoo with and contending with story progression.  I met a guy, had one kid with him, next thing you know he's married and having a kid with someone else!  Then I made a sim, dropped a house for him to live in and went to his house immediately to meet him.  He was already at work!  Story progession sucks!  I ended up cheating with this guy.  I used edit town and moved him in with me.  We are waiting for baby number 5 now and I'm trying to decide what to do with him and who to use next.  Also, I got fertility treatment for both of them and they are still having single children.  Ariella spends her whole pregnancy listening to children's music and watching kids channel on tv.  It's ridiculous!  Whew sorry about the rant but sheesh.

So I'm up to 17 with another on the way.  Since my last post Devin, Lena, Chloe, Ryan Isaac and Ivan have all moved out.  They are costing me a fortune buying them houses and the money mover takes away for them.  I figure I started this challenge off rich instead of poor like most simmers do and I will end up poor once it's done.  Also, story progression has filled up the whole town and whenever I drop a new house for the kids to live in someone is living in there before I can move them in!  I end up having to edit town and delete the darn sim.  I've thought of moving to a new town so that there will be houses again and taking out story progression but then I won't be in the same town as my kids.  I wish I knew a way to delete like half the population.  I'm sure there's a way other than edit town but I don't know how.

Here's a few pics to entertain you: 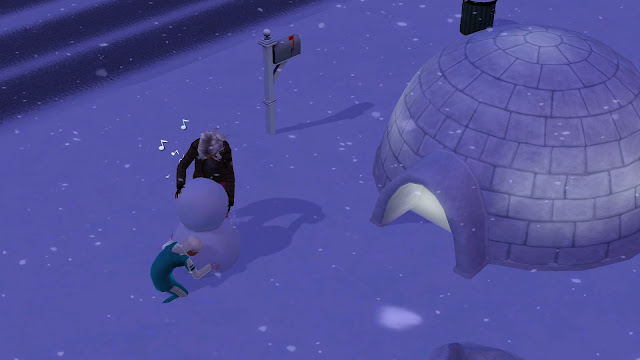 Mom building a snowman with Ivan 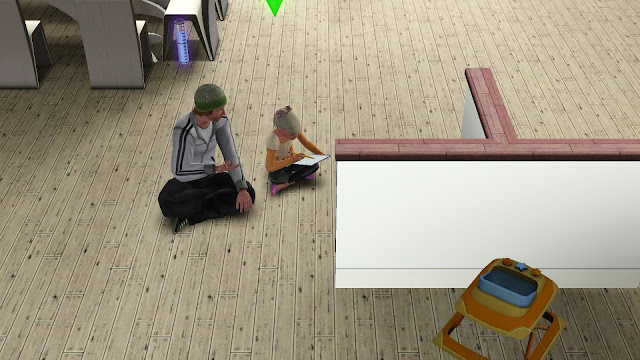 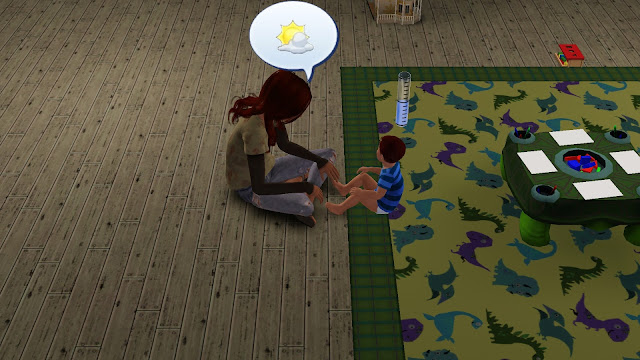 As you can see Mom now has red hair!  She had a midlife crisis and wanted to dye her hair.  She also wanted to remodel the house so I added a room to the second floor.  All in all she finished 8 midlife crisis wishes.  Whew.  The funny part is her next baby Aiden came out with red hair. 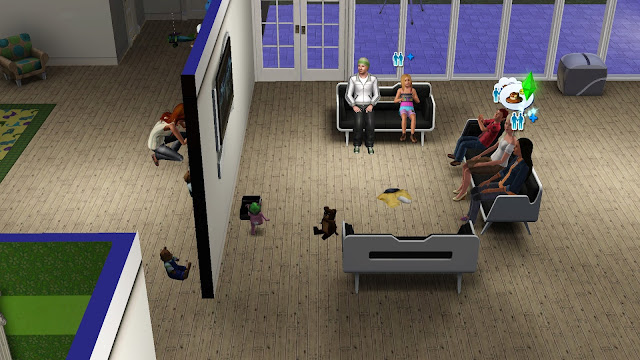 Robert, Katie, Aiden, Mandie and Willow watching tv.  Gotta up the fun after working hard at school every day to get that A!
Posted by Rainy at 12:33 PM