So my last post lacked in the picture department... this post will totally make up for it! 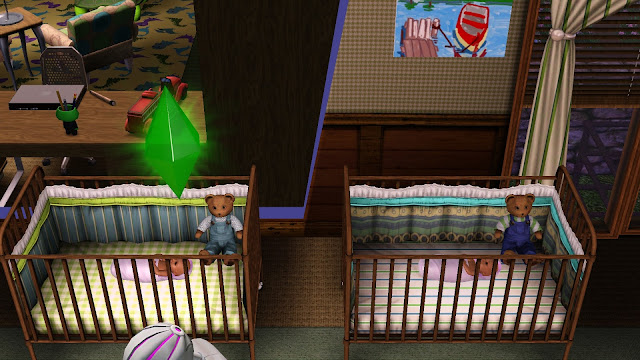 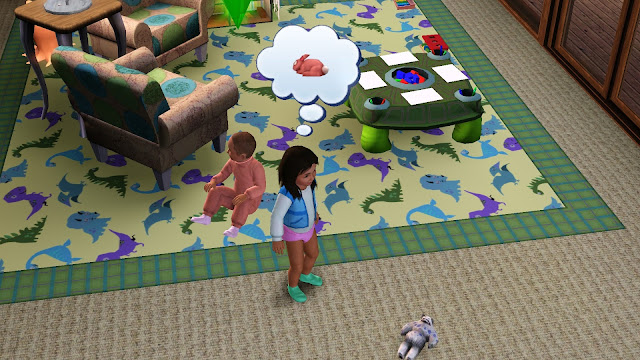 We had twins from father Don Lothario.  Jordyn and Celestia. 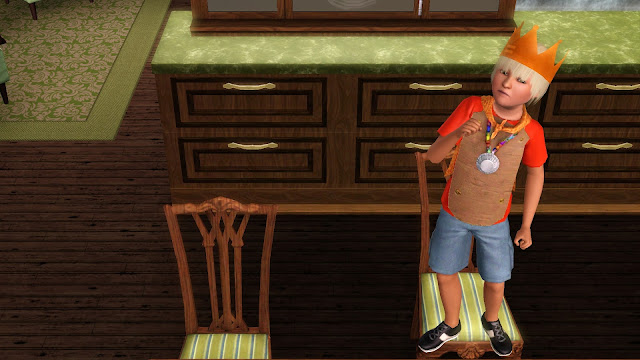 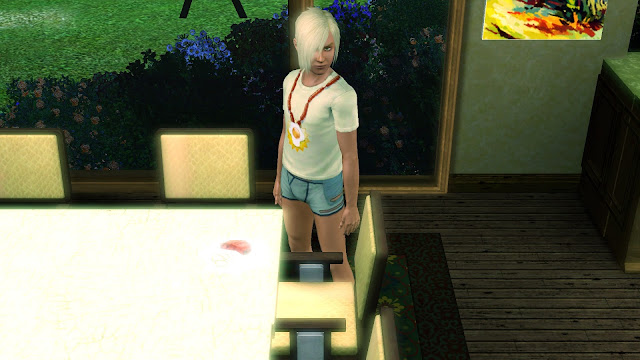 Ethan is growing up.  He's not doing so great in school because he has the loner trait and has the too many people moodlet while at school.  I doubt he'll be getting aged up early. 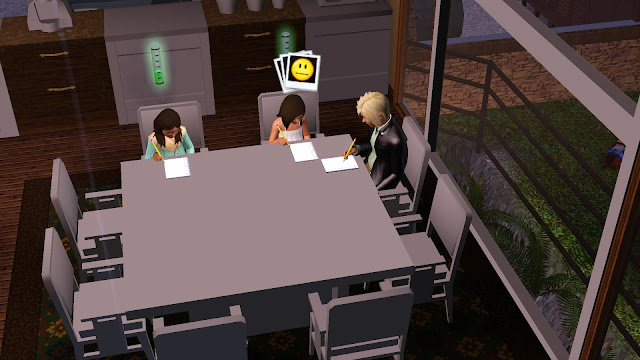 I thought this was so cute, all of them doing their homework together... notice I was having problems with the house not rendering.  I almost moved them but now the problem fixed itself.  <shrug> 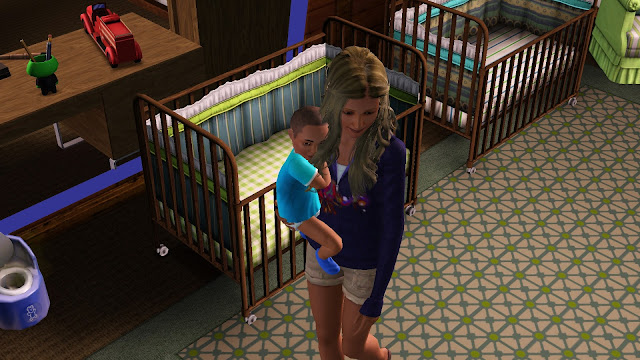 Ariella had a son Bryan with father Luke McDermott who I later found out was married with kids of his own.  Oopsie! 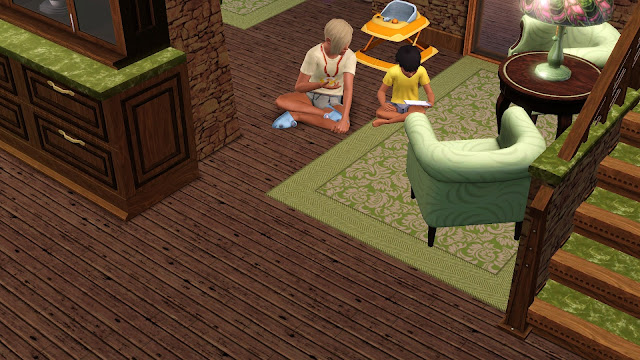 Here is Ethan tutoring Bryan.  So glad I got that tip off the forums about tutoring younger siblings when you have high logic skill! 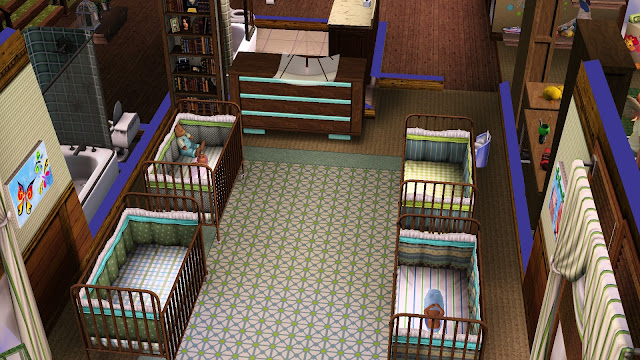 And lastly, you can't see them well but there are twins!  Jacen Mann fathered Daisy and Dylan.
Posted by Rainy at 10:33 AM