Not really a challenge...

So I've been doing nothing but challenges since I found the legacy challenge online.  I tried the apocolypse challenge but the restrictions kinda take the fun out of the game.  I tried playing the 100 baby challenge again but my heart just isn't into it.  It's the same thing over and over and over: get pregnant, have babies, teach babies, try to get good grades to get the kids out of the house.  I was having fun with it and Isobel has guys lined up to be baby daddies but I just can't keep my attention on it.  I already said I'm finished with the runaway challenge. So I searched for new challenges and nothing caught my attention.  There's only 2 weeks before The Sims 4 comes out.  I don't want to get into something that's going to take longer than that to finish.

So what did I do?  I decided to make a new household with sims I've never played before and wishes I've never done.  So I made a husband and wife.  A werewolf and a ghost.  He works the criminal career and wants to be the emporor of evil.  She wants to tame a unicorn.  So I gave her the fishing job so she can spend time where unicorns show up.  I hadn't thought about the amount of time the fishing areas are frozen over. 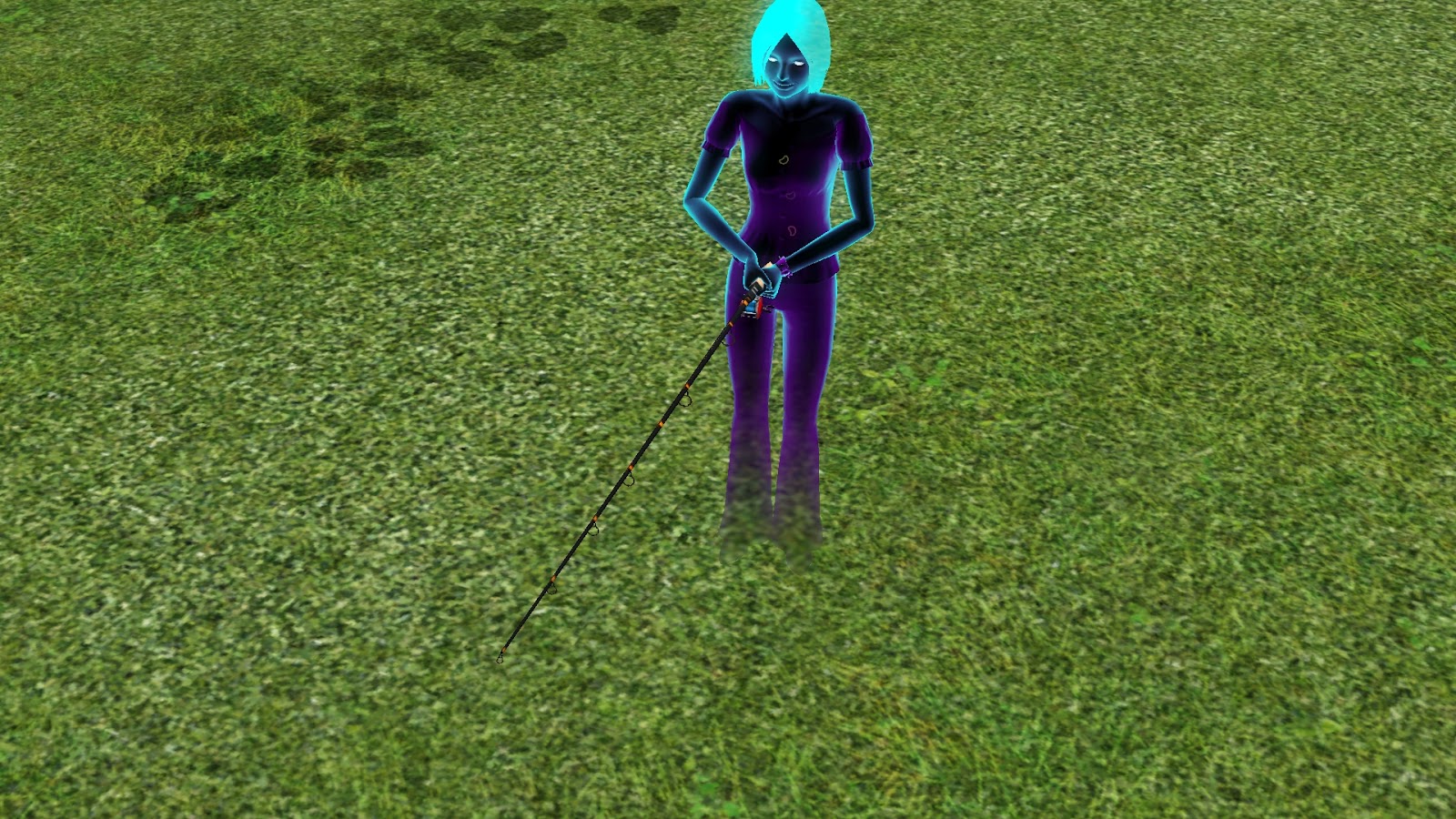 Nadia apparently ate a bad jellybean.  I thought it looked like a cool ghost. 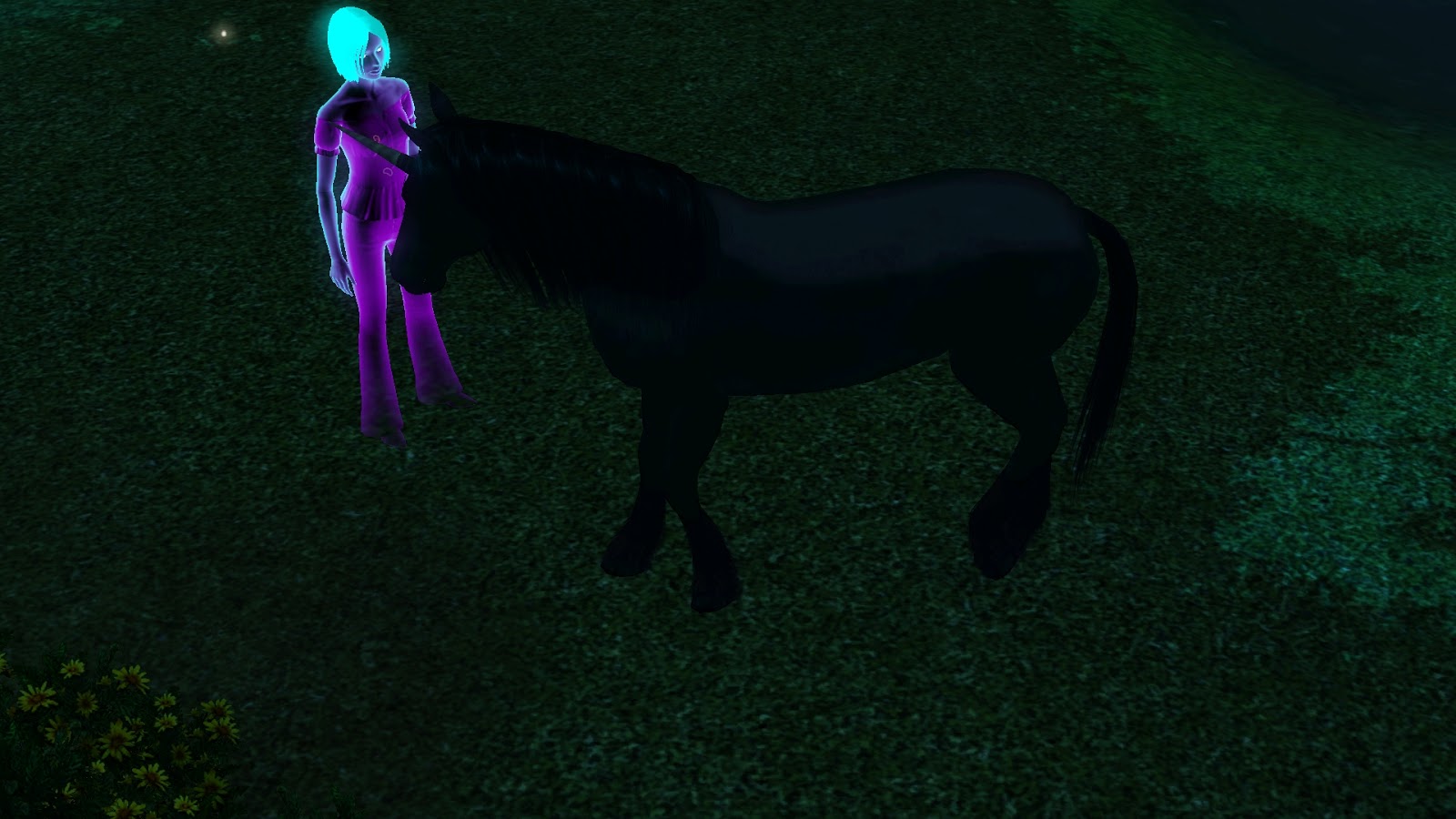 This picture is really hard to see but if you look close you can see the unicorn!  She met him fairy early on because I had been searching the map for the unicorn glow. 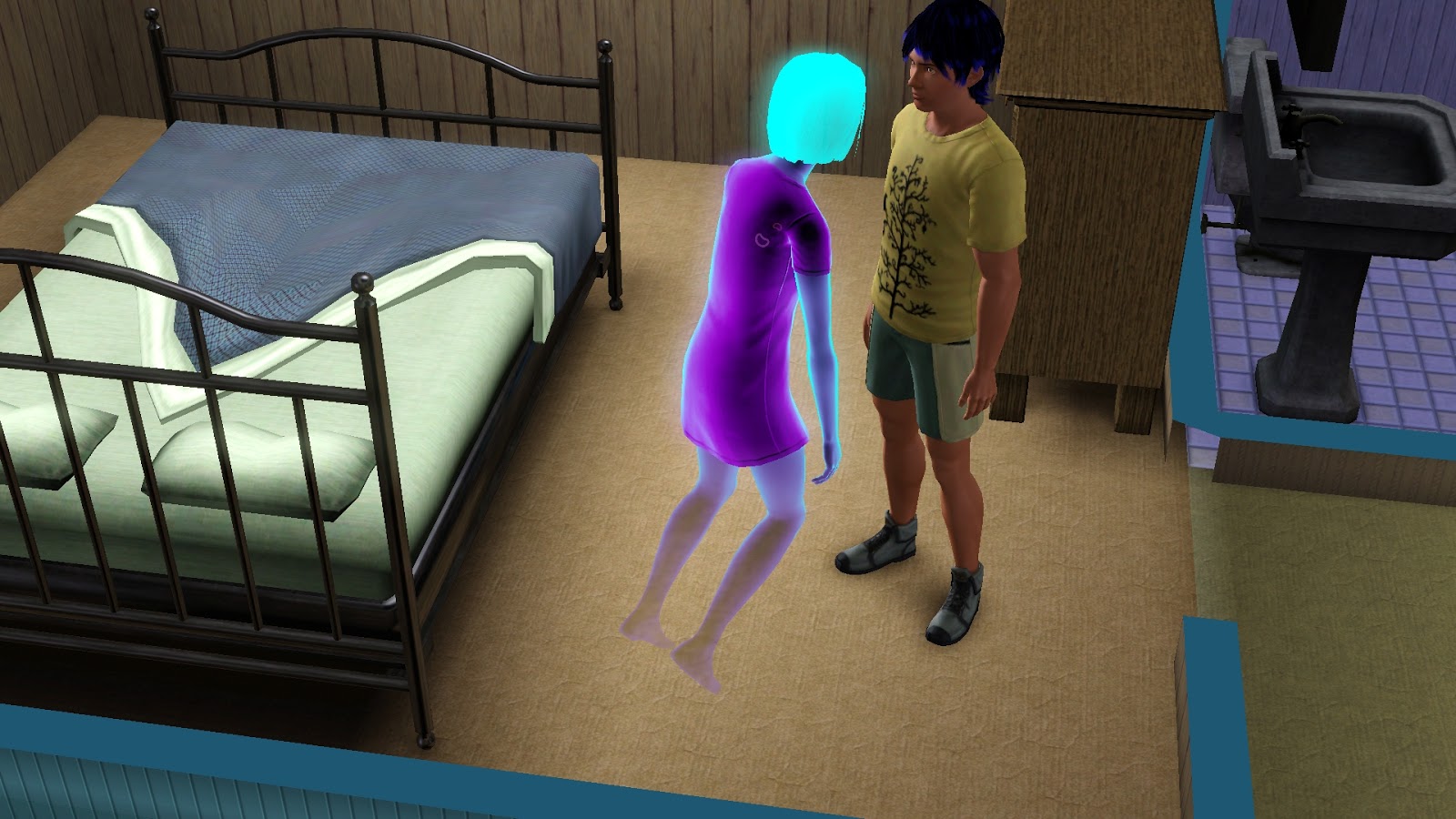 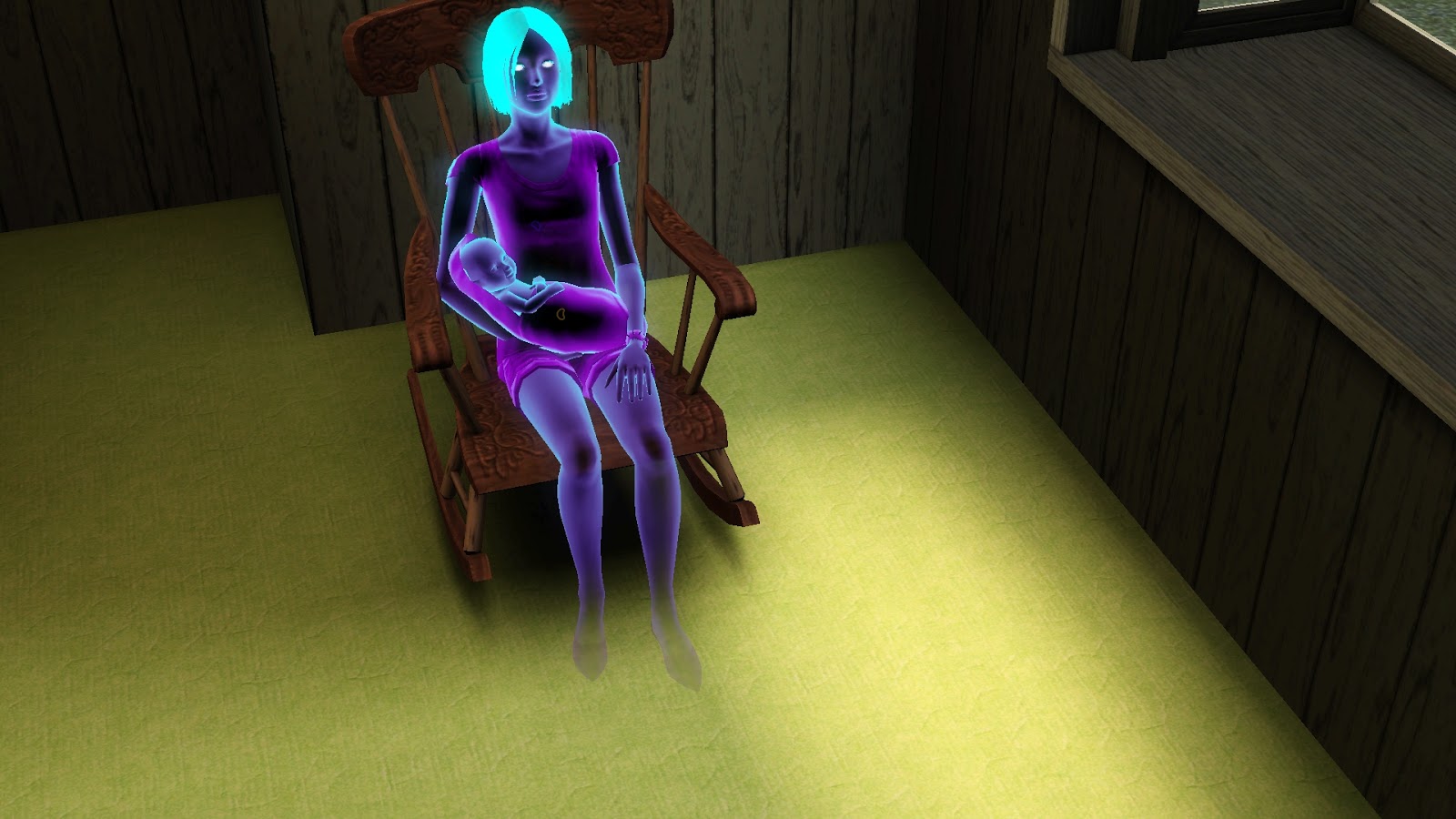 They both had the wish to have a baby and I wasn't going to do it at first but all the fishing spots froze up and the unicorn won't move in until she proves a friend of all animals.  I wanted a werewolf boy and got a ghost girl.  Oh well.

Nadia has adopted a kitten and puppy to be friends with, next is a horse then she can invite the unicorn again.  I just hope their relationship meter doesn't go too low while she's busy taking care of baby Samantha.
Posted by Rainy at 10:21 AM