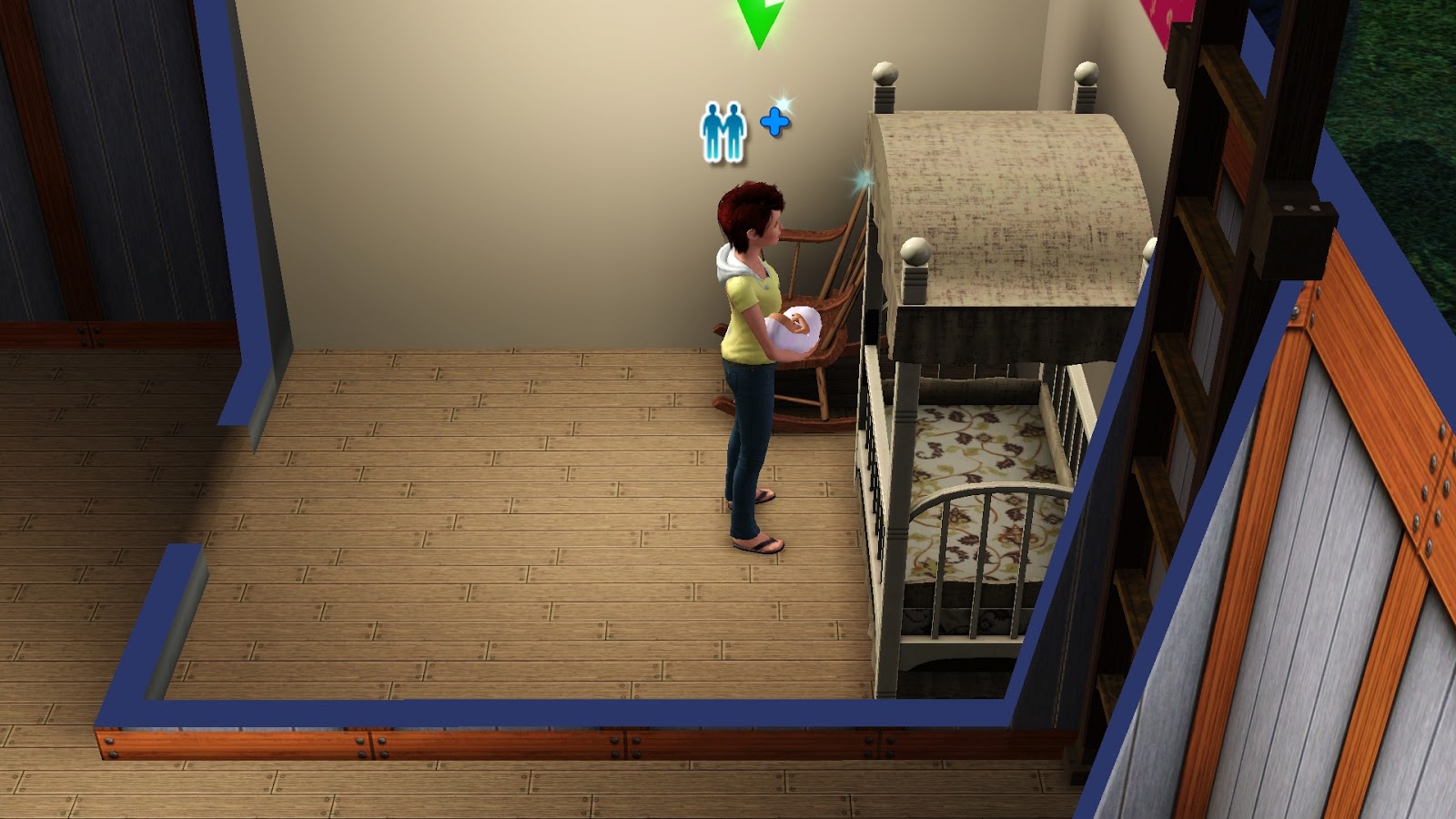 A lot happened in a week!  Sophie met Omar Collins and they hit it off right away.  He asked her to prom and even though she is homeschooled I decided she could sneak into prom.  During prom he asked her to go steady and they had their first kiss.  After a few dates they tried for a baby and viola Sophie was pregnant!  I tried moving Omar in with Sophie but I couldn't understand the bed thing to allow teens to sleep in the same bed so I used edit town to move him back with his family.  After they are both aged up I will most likely get them married.  I forgot to get a pic of them together I can't believe it.  But here is a pic of baby Moriah.  Oh and lastly Fang, the dog, dug up a tiberium and after getting it cut Sophie sat it in the front yard... after 2 days it was worth 38,000 simoleans.  So yea, having a dog in this challenge is kinda cheating.