So about a week ago we had a bad lightning storm and when the electric came back on my pc decided not to boot up.  After messing with it forever I finally got on and reversed it to an earlier time.  Somehow it messed up all of my sims 3 files.  I had a backup of some of them but it was an old backup.  So I had been playing the 100 baby challenge but lost more than a week in sim time of what had been going on.  Also my mods weren't working and I haven't had the energy to try to figure out what is wrong with them.  Since Sims 4 comes out tomorrow and I am pre-loading it right now there's not much point of trying to catch up on that challenge.  I did start the Midnight Sun or Island challenge but then went out of town unexpectedly for the weekend so I've got pics from that challenge to show you but I don't know how much of it I'll play.  But hey Sims 4 tomorrow that's good news!  So here are some pics... 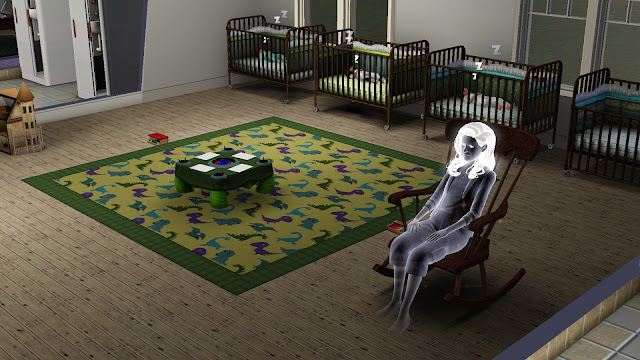 Ghost grandma Ariella comes to visit the triplets and snoozes in the rocking chair. 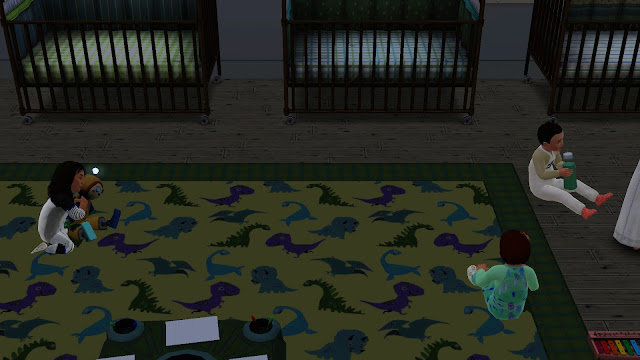 The triplets playing.  It was hard to get one with them all together. 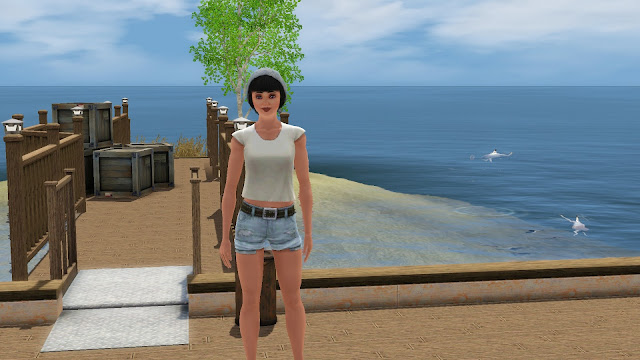 This is my Island challenge founder and darnit I forget her name. 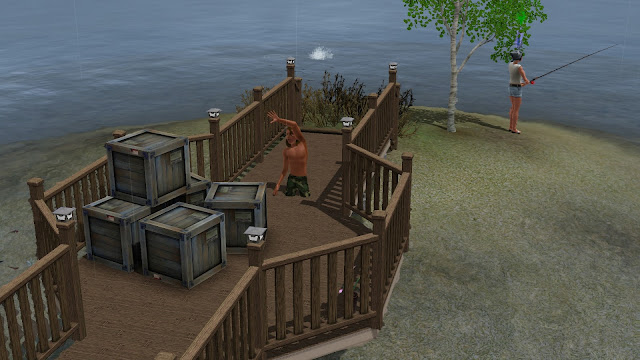 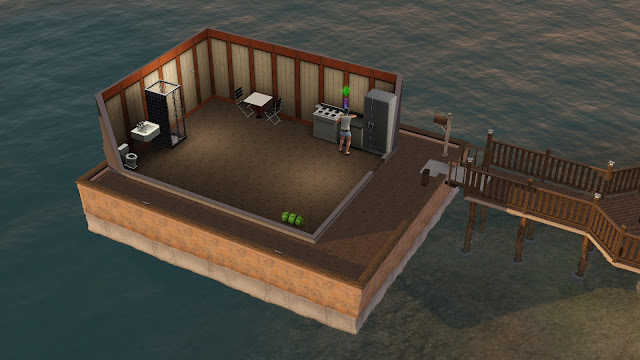 Here's the houseboat.  I've added a small basement bedroom since this pic was taken. 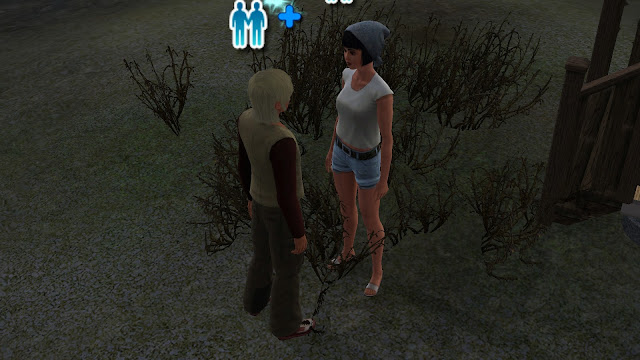 My founder and her soon to be hubby that washed up on the island. 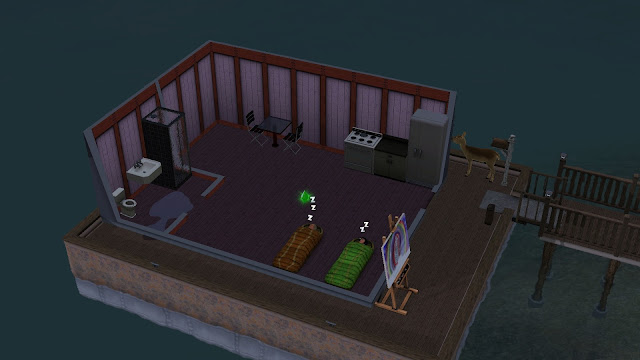 Didn't have money for a bed so he had to get a sleeping bag when he first moved in.  Notice the deer stuck by the mailbox?  I had to delete it, resetting all wouldn't work. 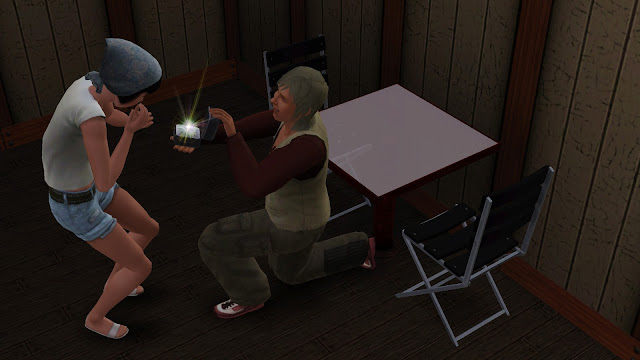 So he pops the question and they soon have a baby.  That's as far as I've gotten in this challenge.
Posted by Rainy at 1:53 PM