It was a good thing, it turns out, that Chloe had the social butterfly aspiration.  She met 4 boys and invited all of them (as teenagers) to meet her sister.  Out of the four Hannah picked Corey.  For one thing he was the best looking by far.  Other than that he had good traits.  Looks have to factor in, because with TS4 genetics are more advanced.  I didn't want a bunch of homely looking sims!  Hehe
So here is a review of approximately weeks 7 and a half... Corey after he blew out his birthday candles.  He's probly thinking what the heck? 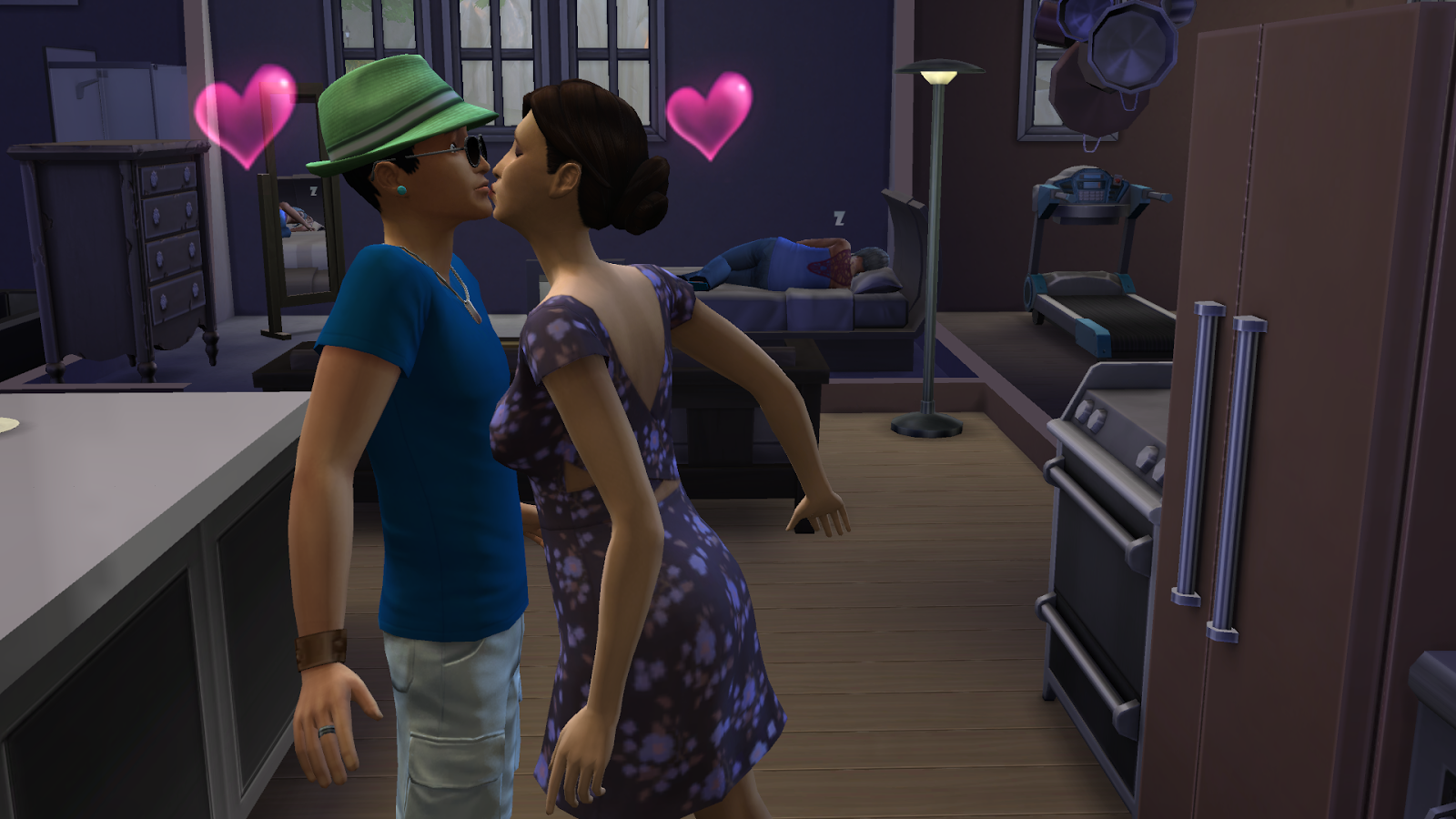 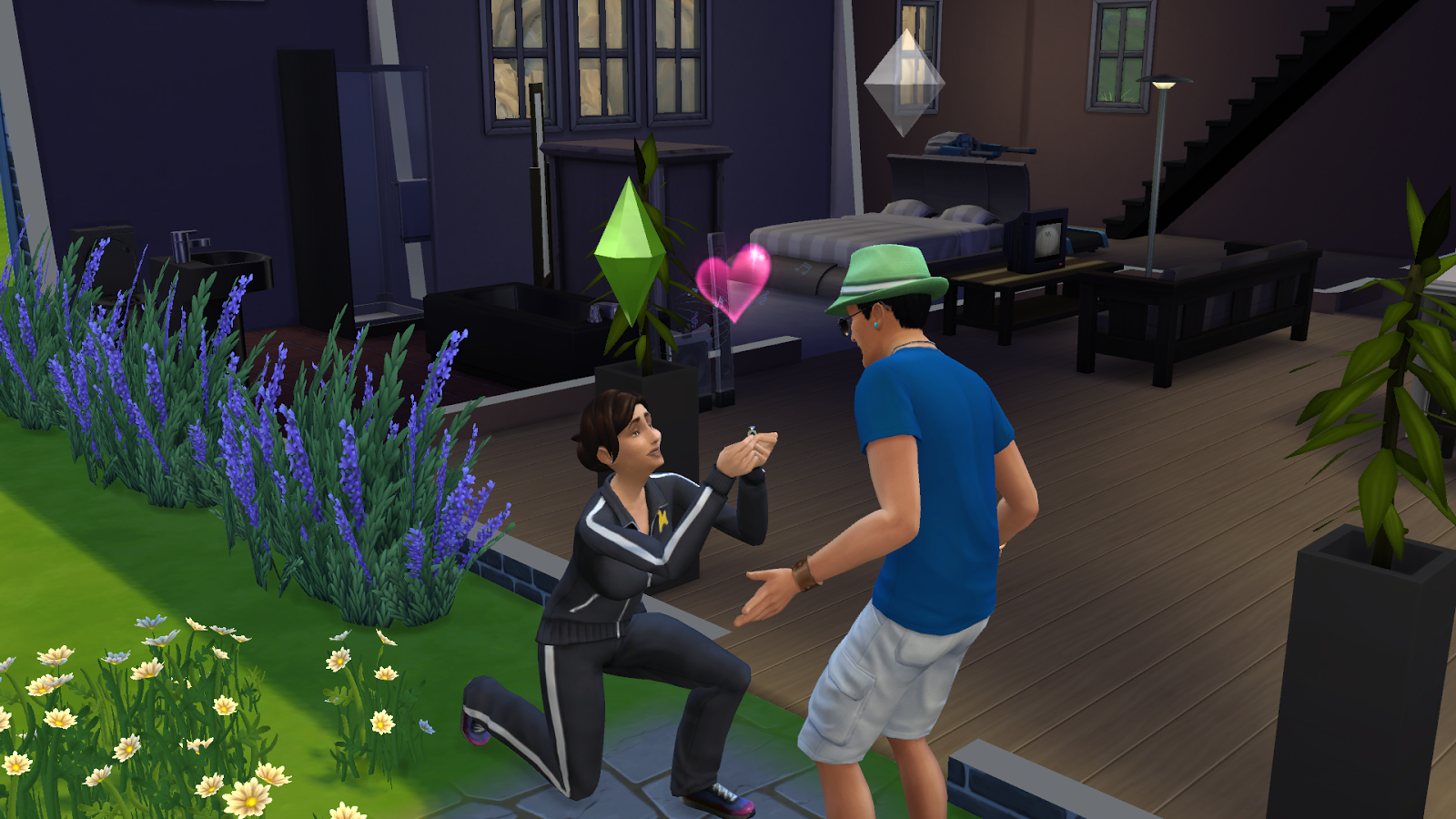 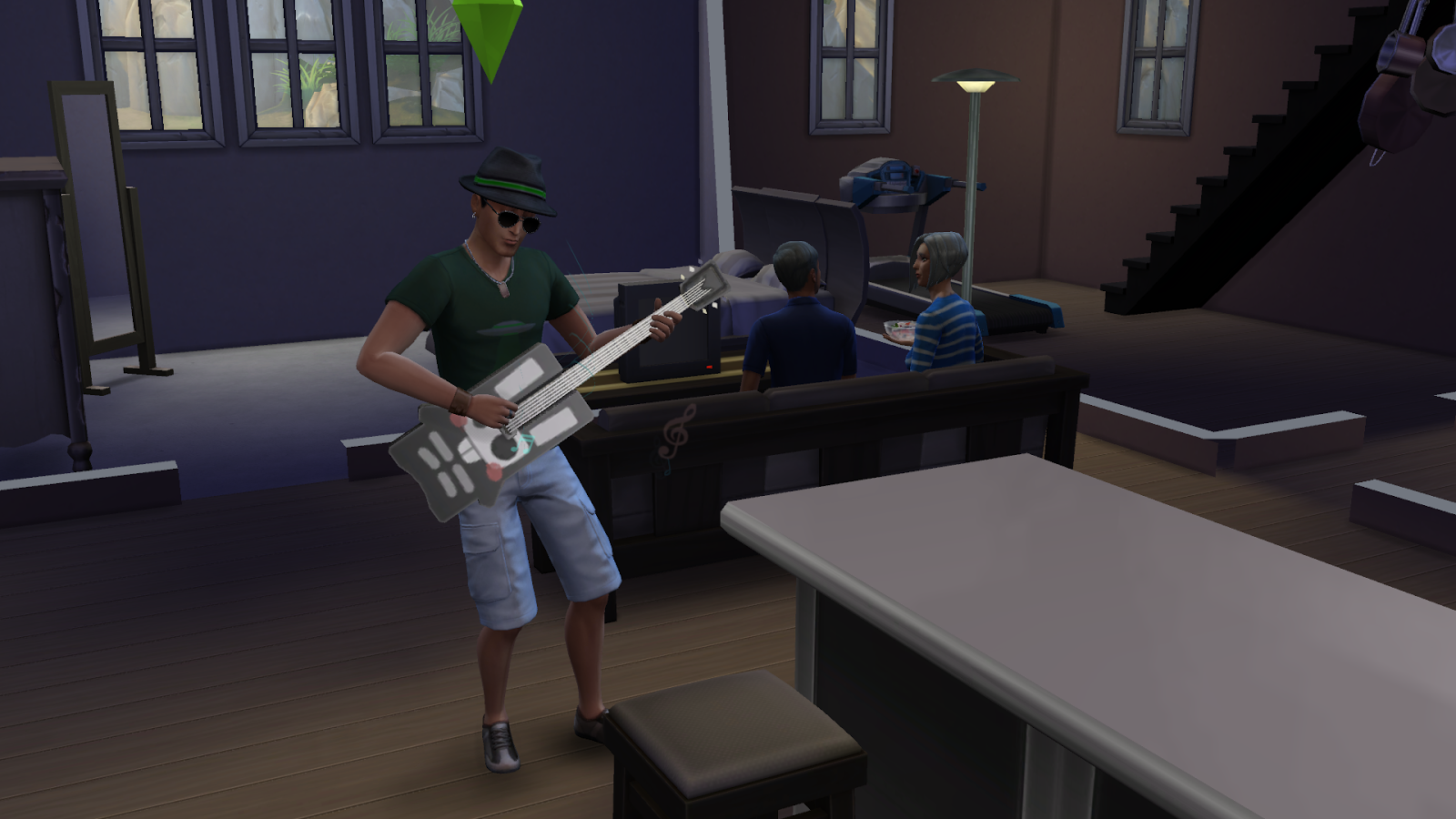 I tried to think what kind of instrument would an insane goofball play?
A freezer bunny blues guitar of course! 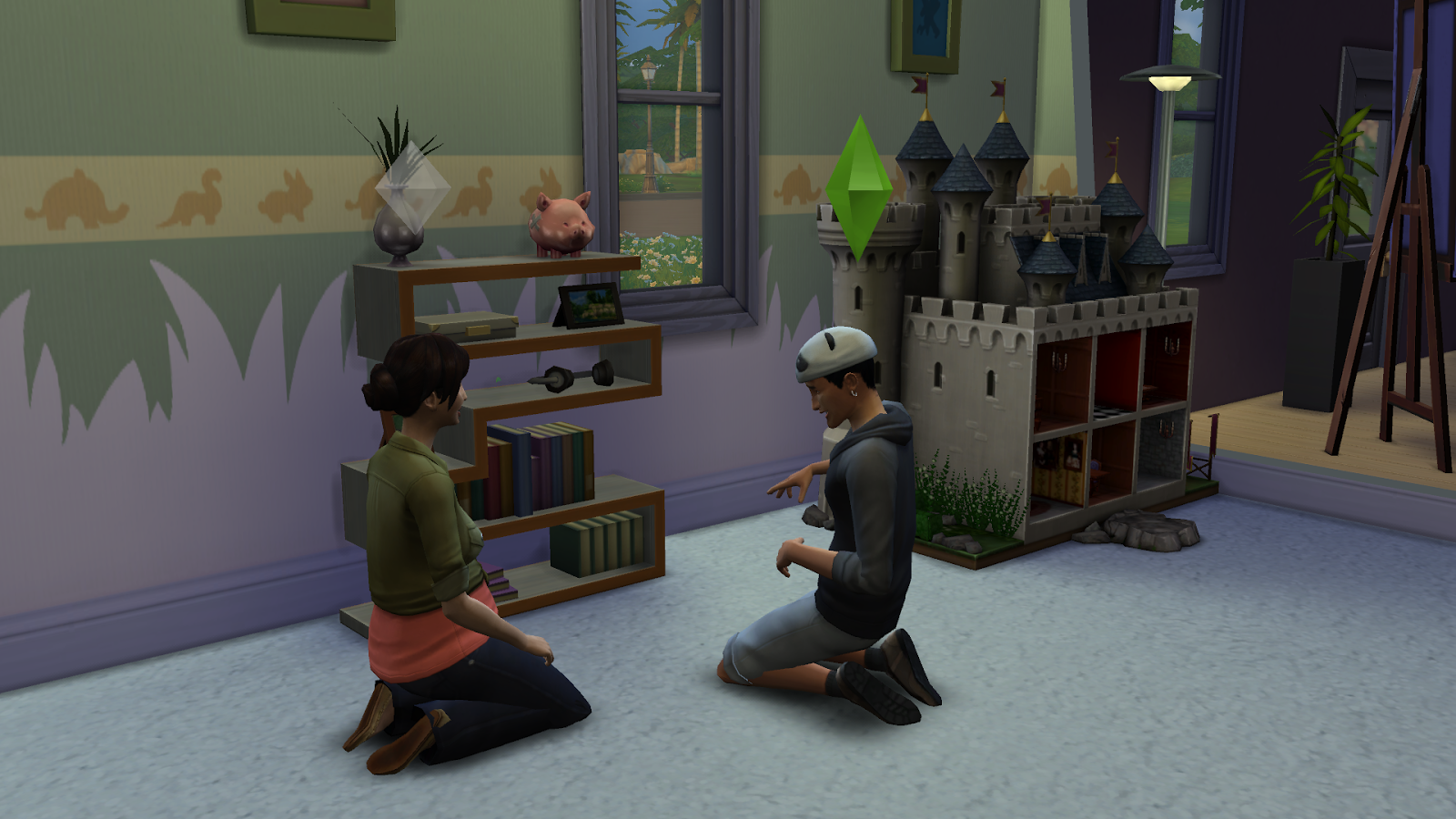 Hannah telling Corey the "big news" a baby is on the way. 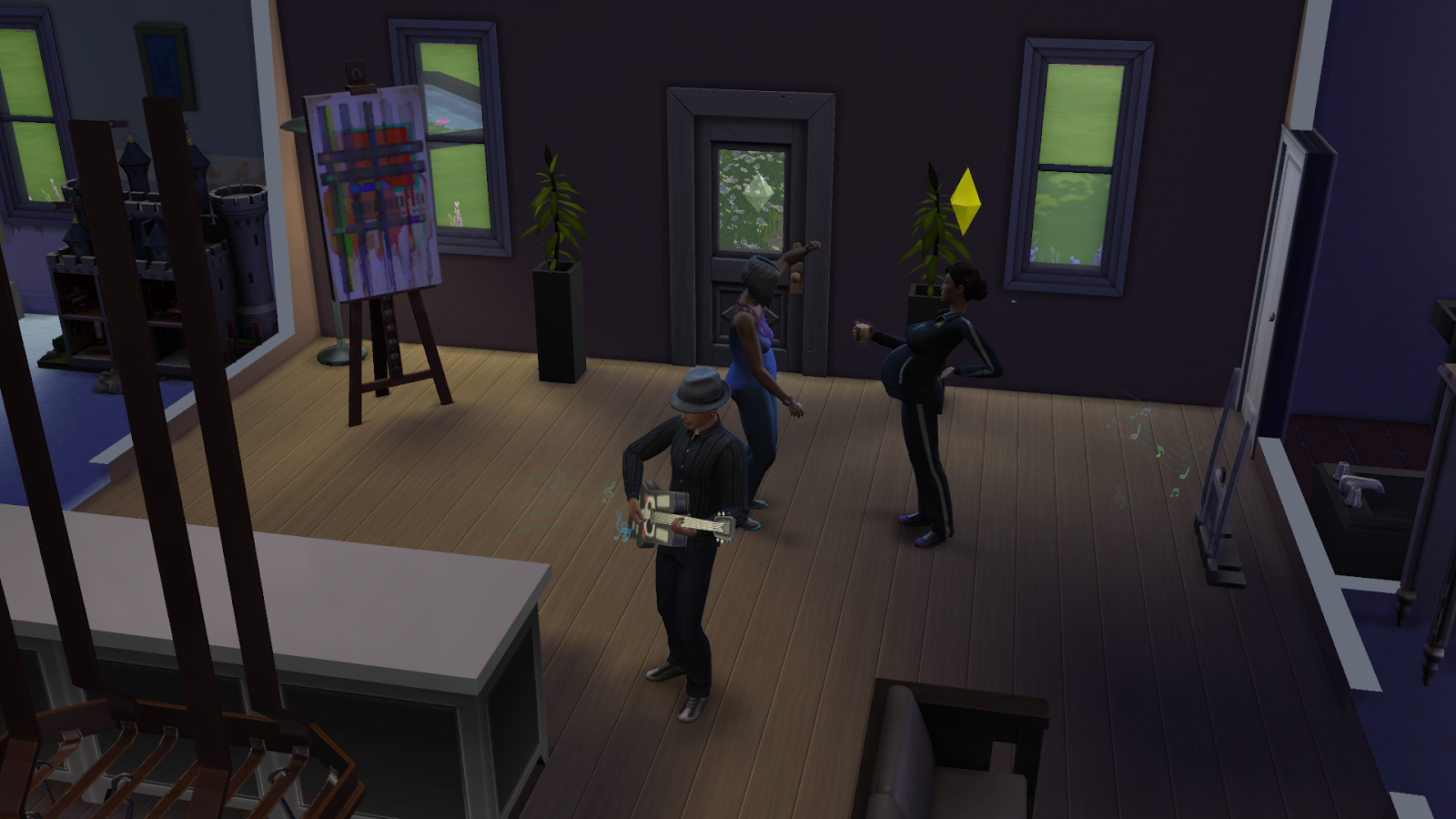 This picture didn't come out very well, I was trying to show how huge Hannah is and what kind of chaos the house is in. 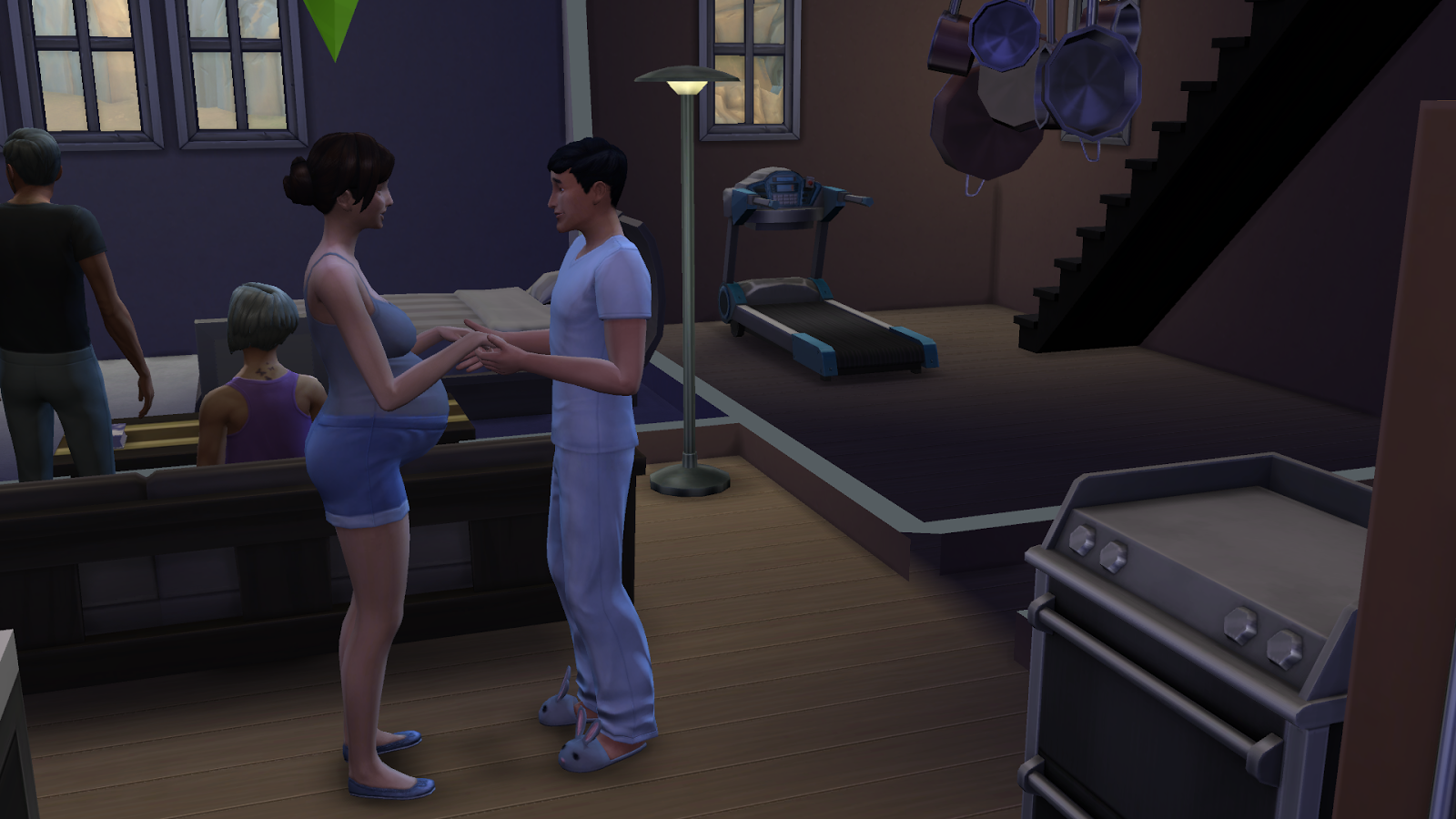 Hannah and Corey exchange vows while she's in labor in their pjs.
Totally fits his insanity and her being laid back and doing whatever Corey wants.
Posted by Rainy at 9:01 AM