I played non-stop yesterday.  I swear this game is so addicting.  At this point I am guessing at it being weeks 5 and 6.  It's approximately that amount of time that has passed. I had to add a room to the back for a staircase. So I moved the treadmill there. I made the girls their own small bedrooms and a small bath. I added some landscaping but not even close to what Nikolai needs for Mansion Baron.
The rooms look extremely strange but I never said I was a builder! 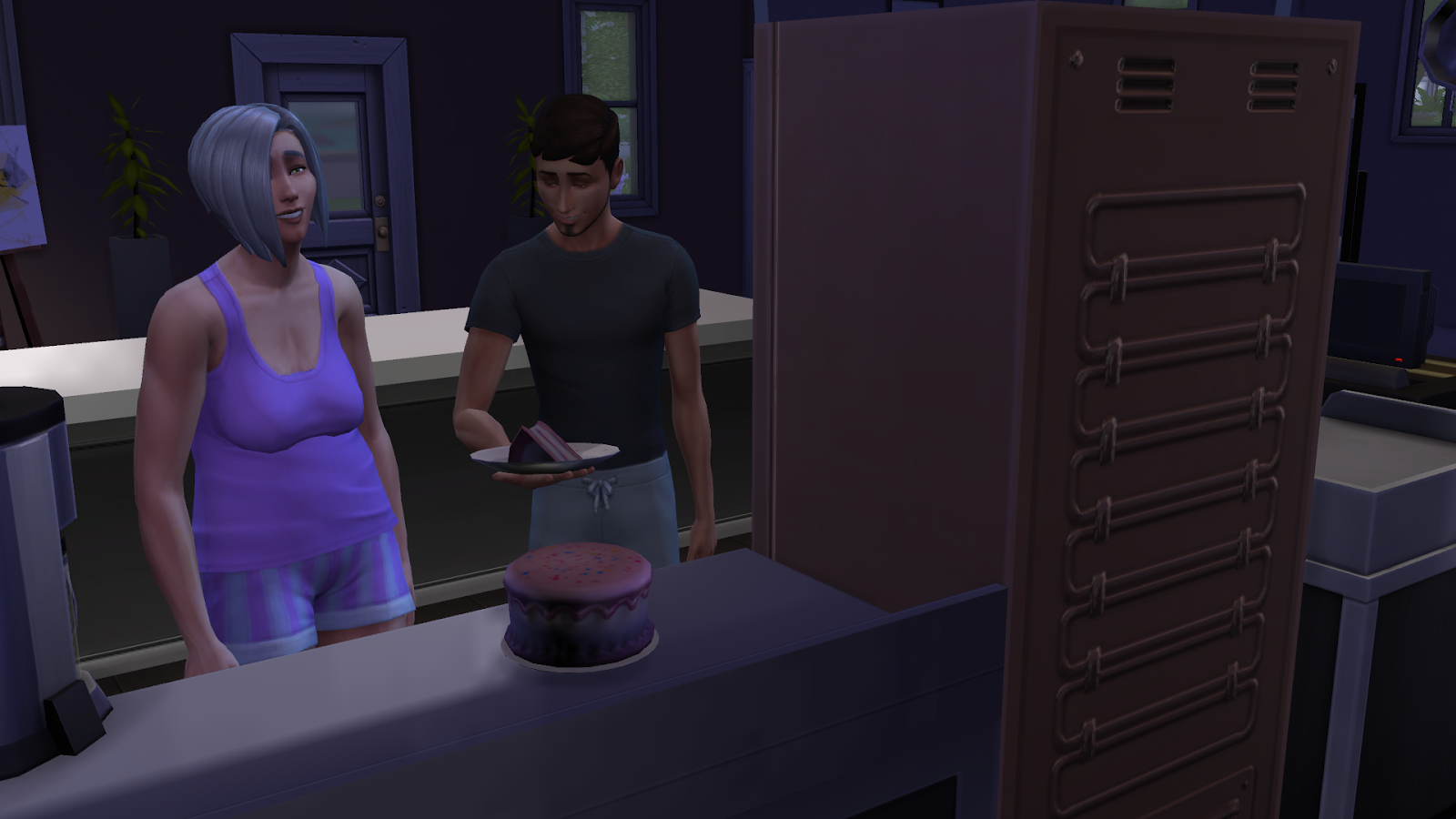 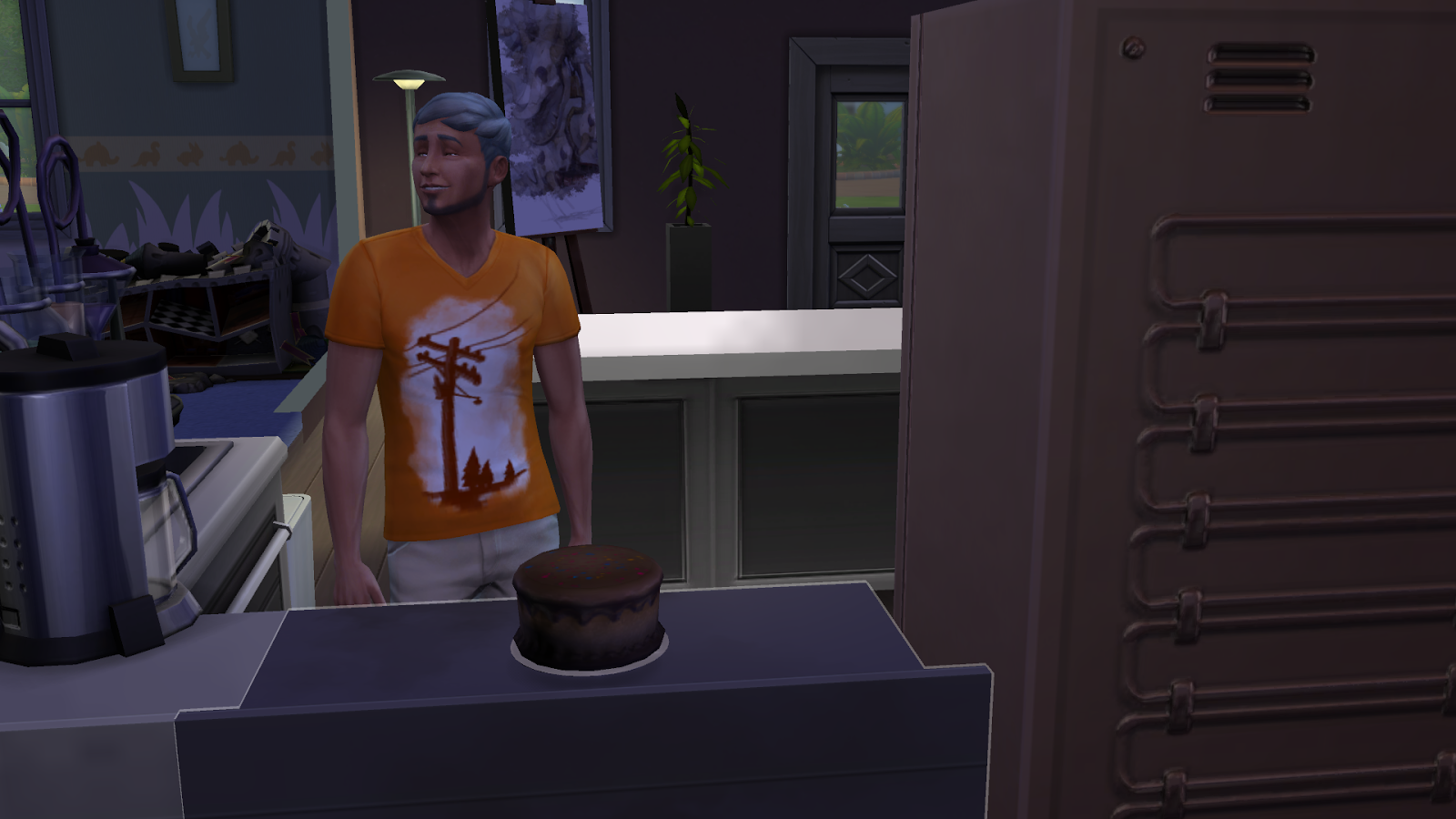 Nikolai's birthday.  He's a handsome elder I think.
Posted by Rainy at 9:31 AM