A patch came out yesterday that is supposed to fix the disappearing sims.  I have 3 new households "not in world" that I didn't have before.  I'm going to keep track of them to see if they stay.  Update: they did not stay.  They were replaced by 4 new "not in world" households.  I'm really bummed about this.  I guess the patch is only fixing some parts of the disappearing sims.  Hopefully the part that made all my legacy spares disappear after I moved them out.  I still have one, Hannah, living in a house.  Yay.  I was going to download a family of teenagers from the gallery but it says I can't have a household of only teenagers.  Darnit.  Back to checking #LegacyLoves for more teenagers!  And with that I give you your update: Annabeth on the jungle gym while playful for her aspiration. Aaron crawls out of the rocketship crash like it was nothing... 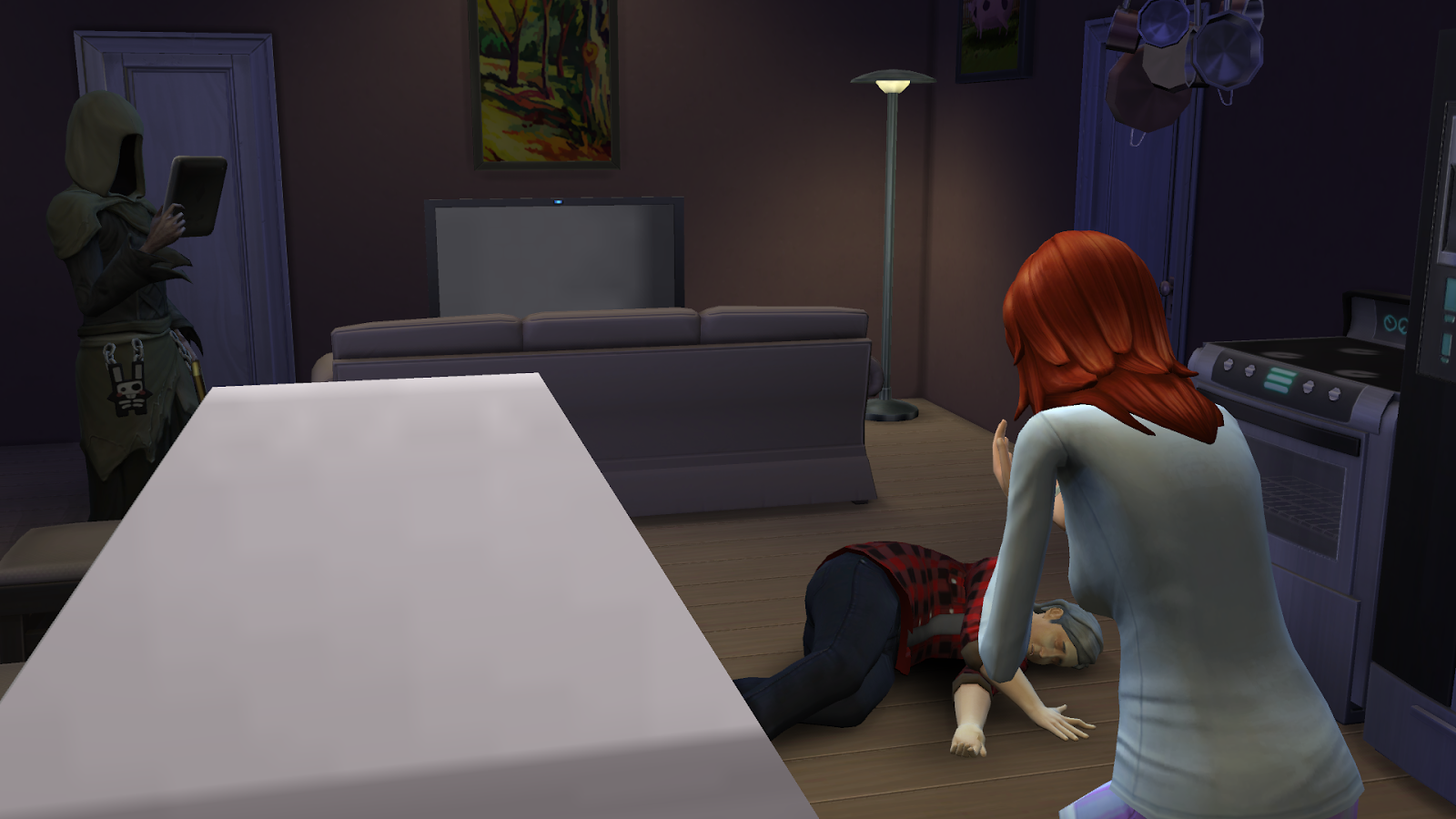 ...then dies of old age later the same day. 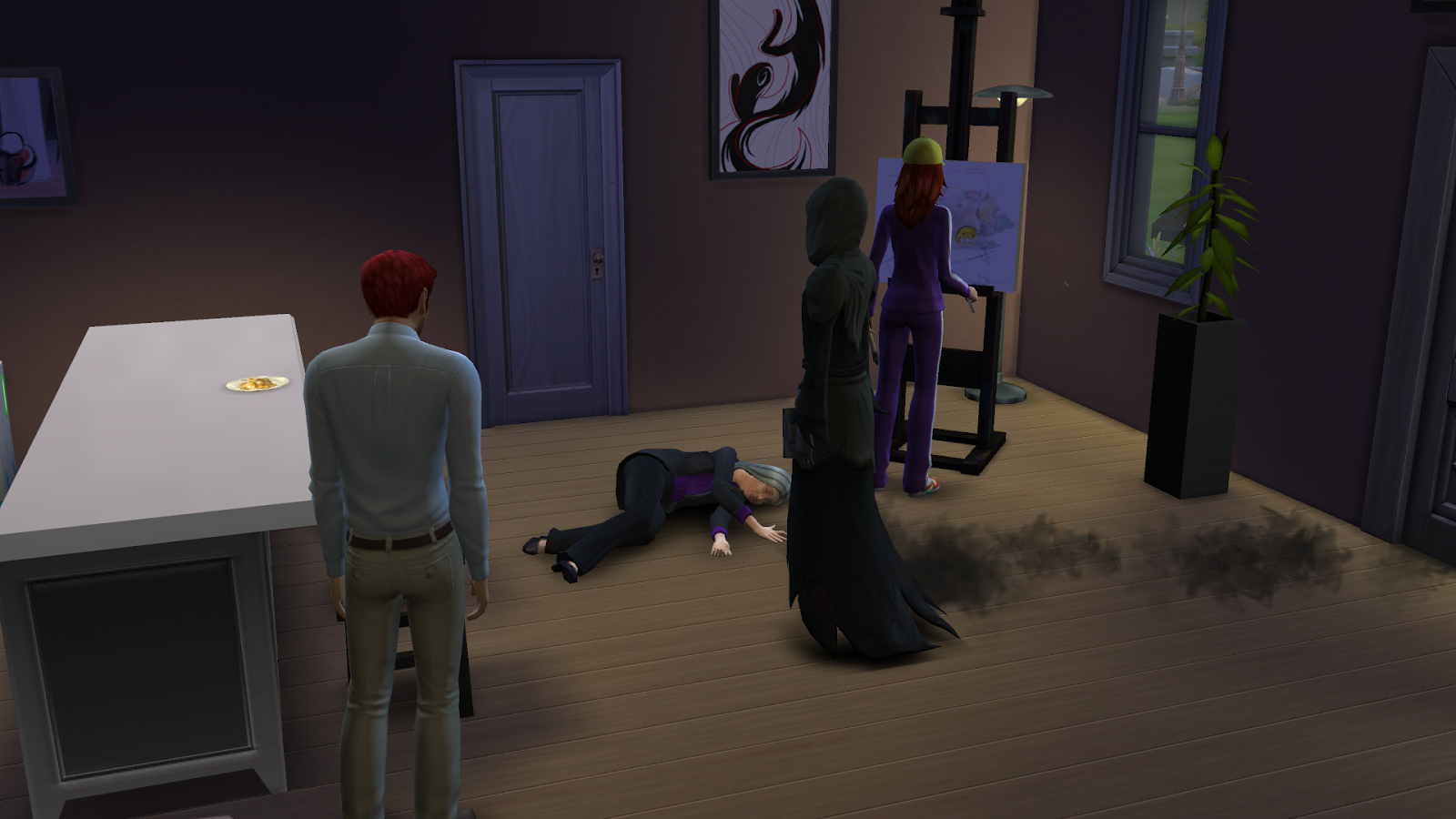 Erica finishes work and in the middle of her meal lies down and dies. 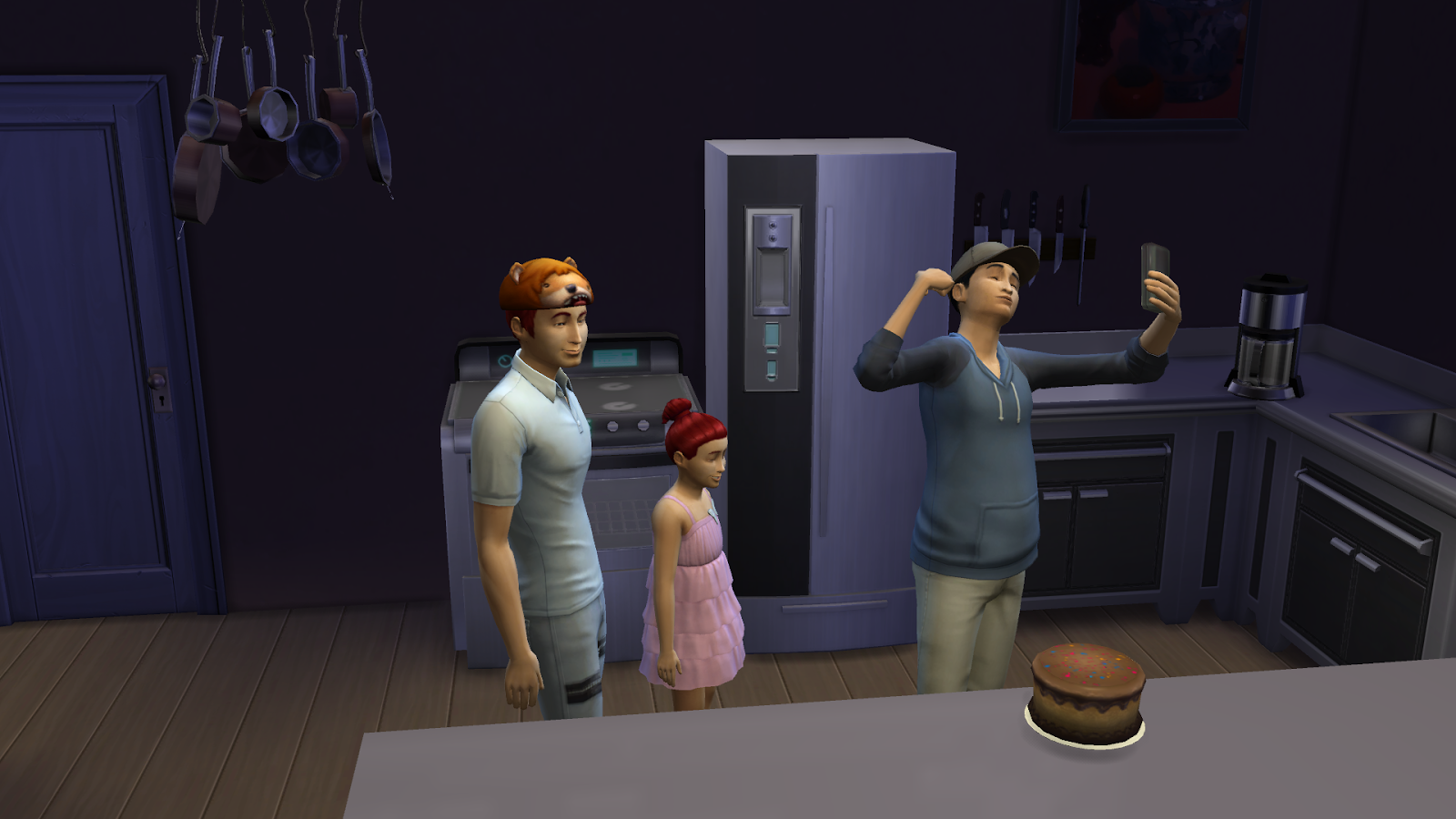 Duncan and Annabeth celebrate Hayes birthday while he takes a selfie. 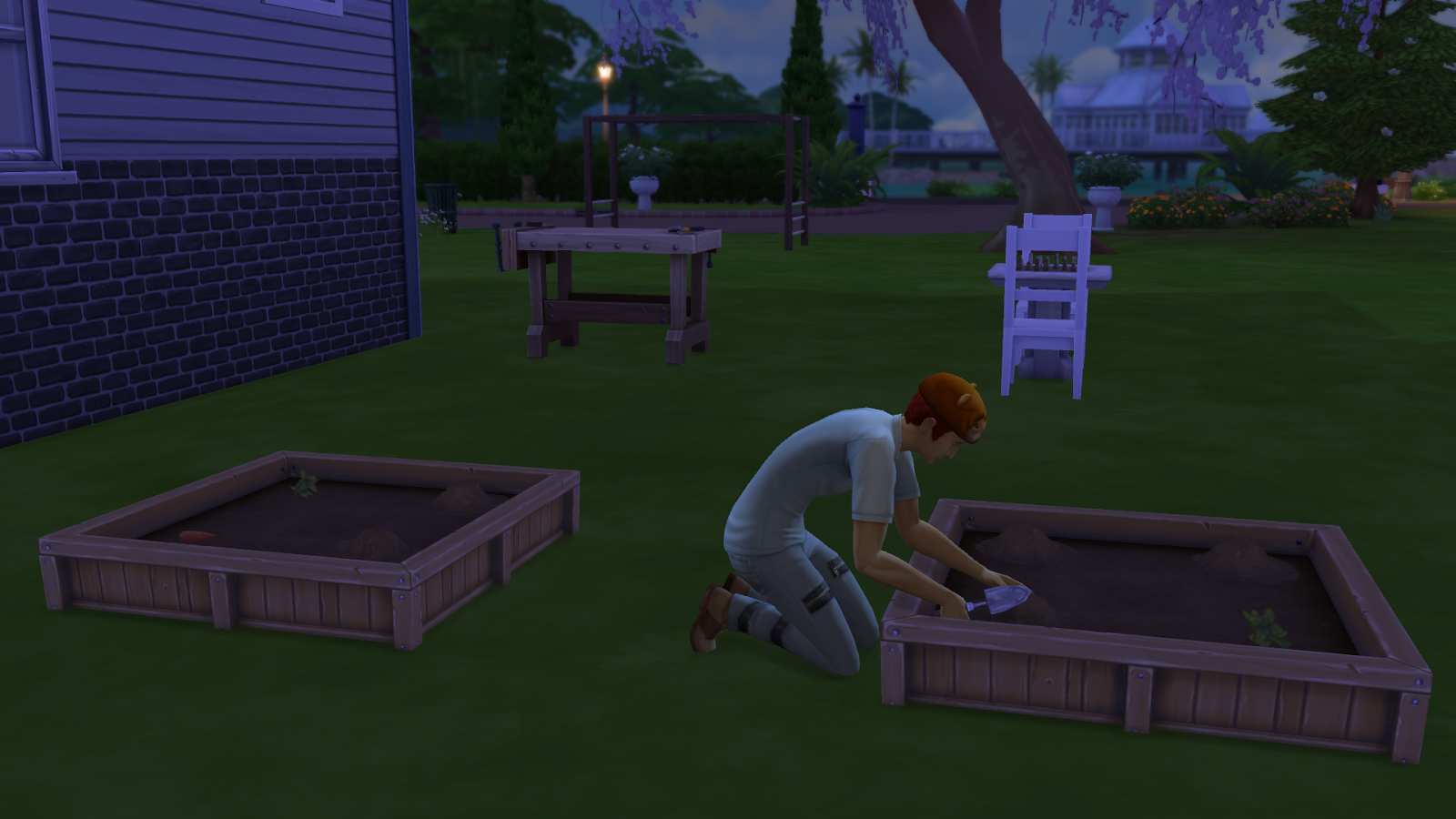 Duncan tending his garden.  I really gotta get that angry lion hat off his head!
Posted by Rainy at 3:18 PM