Despite the new patch my problem with disappearing townies persists.  I read on the forums if you visit lots more often the game will make townies.  I sent Annabeth as a child to play at the park to test this out.  There were 2 other kids there.  After she got home I checked manage households and the kids weren't there.  But even worse there was nobody except the families I have put in houses!  So apparently the patch only saves those we put in houses.  (which I had some disappear from houses before so I'm happy about)  It doesn't seem to help produce more townies that stay in the game!  Ugh.  So I decided to check out #LegacyLoves on the gallery.  I downloaded a house for the new sims named NEUANFANG by Julchens77.  Then I found a household of all teens but the one required adult.  I was so happy.  It is called Legacy Teens by JCobe2810.  I think I already have someone picked out for Duncan and Annabeth.  Hayes is so far behind there's no way he's going to win heir.  So here is your update for the day of what's happening in the Marx household: 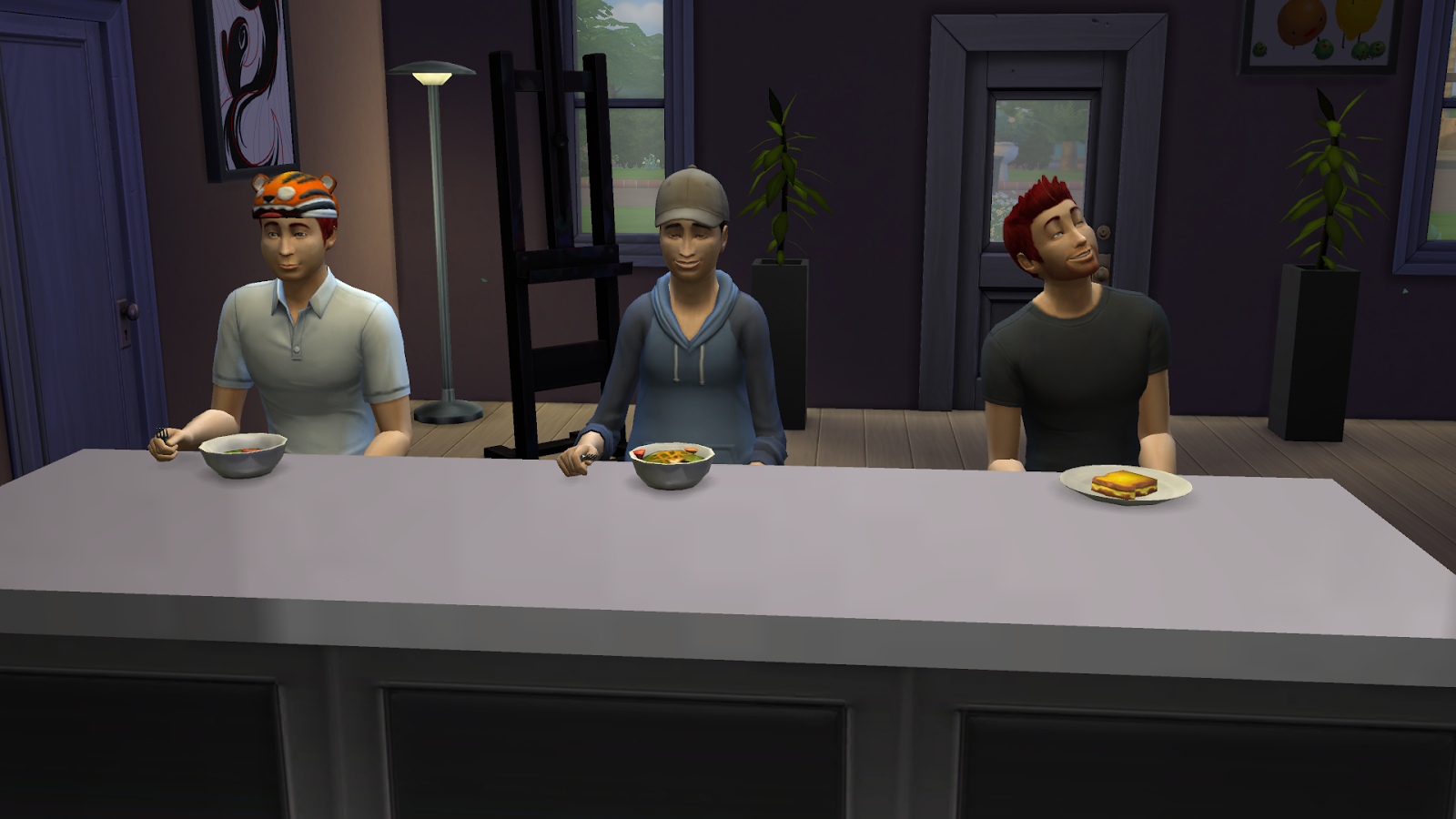 I just thought this was cute.  Duncan, Hayes and Dane eating breakfast together. Annabeth working on her aspiration right away after aging to teen. 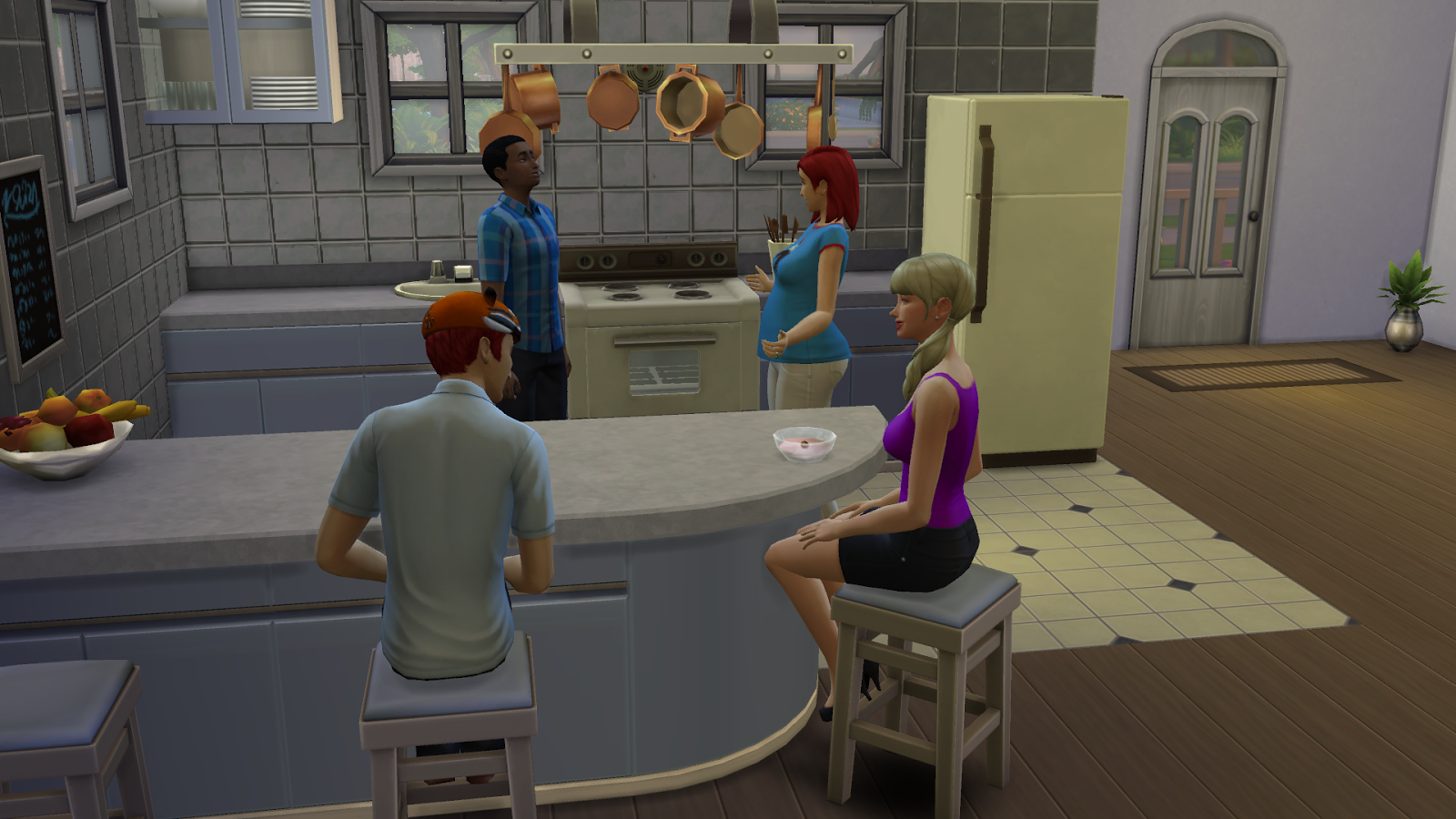 Duncan and Annabeth meet the different teens and discover their traits. More teens came in the door and started dancing. I left the walls down for this pic to show how crazy it was with so many sims. 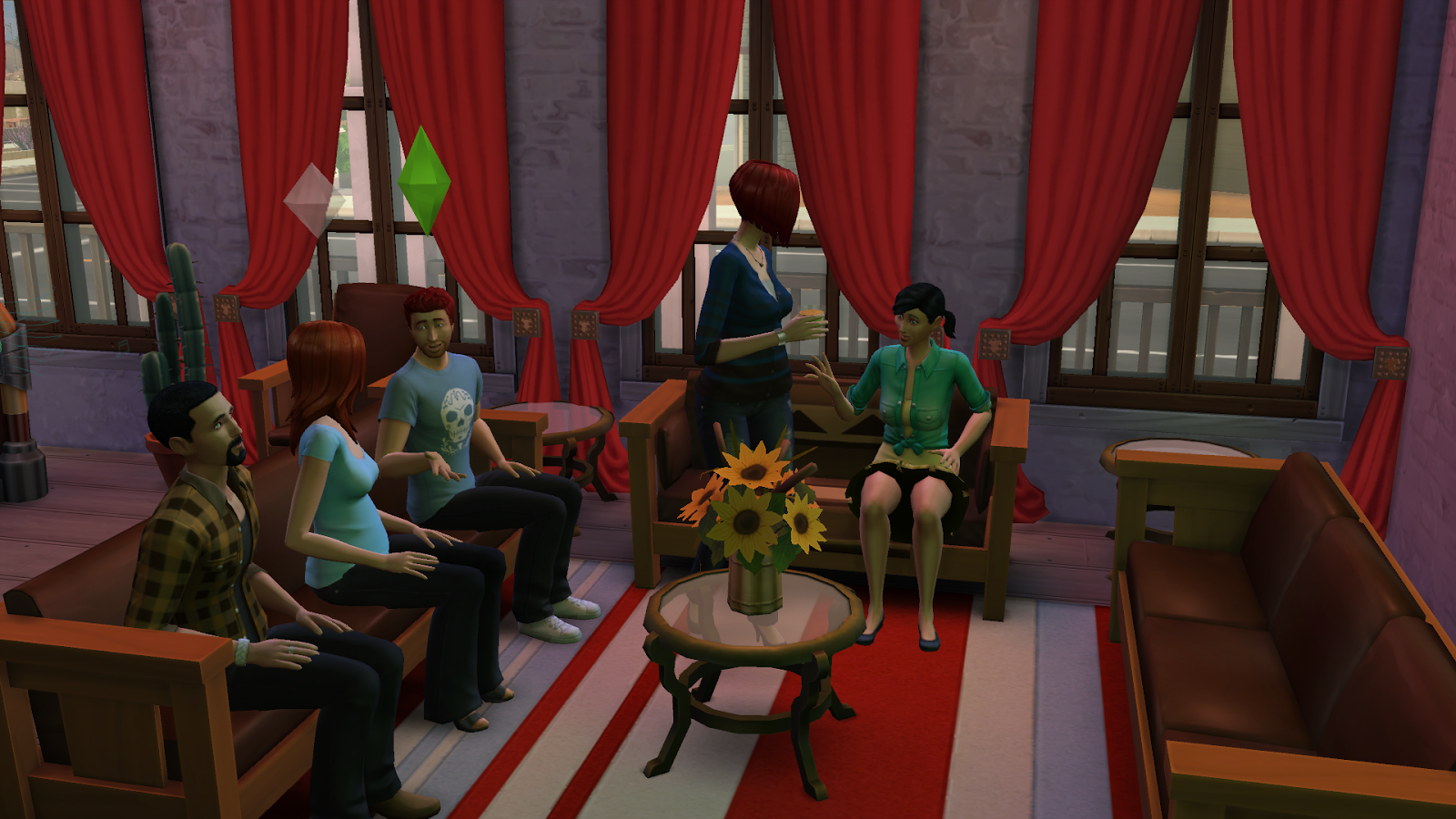 Isabel and Dane on their date.  It was a bit crowded. 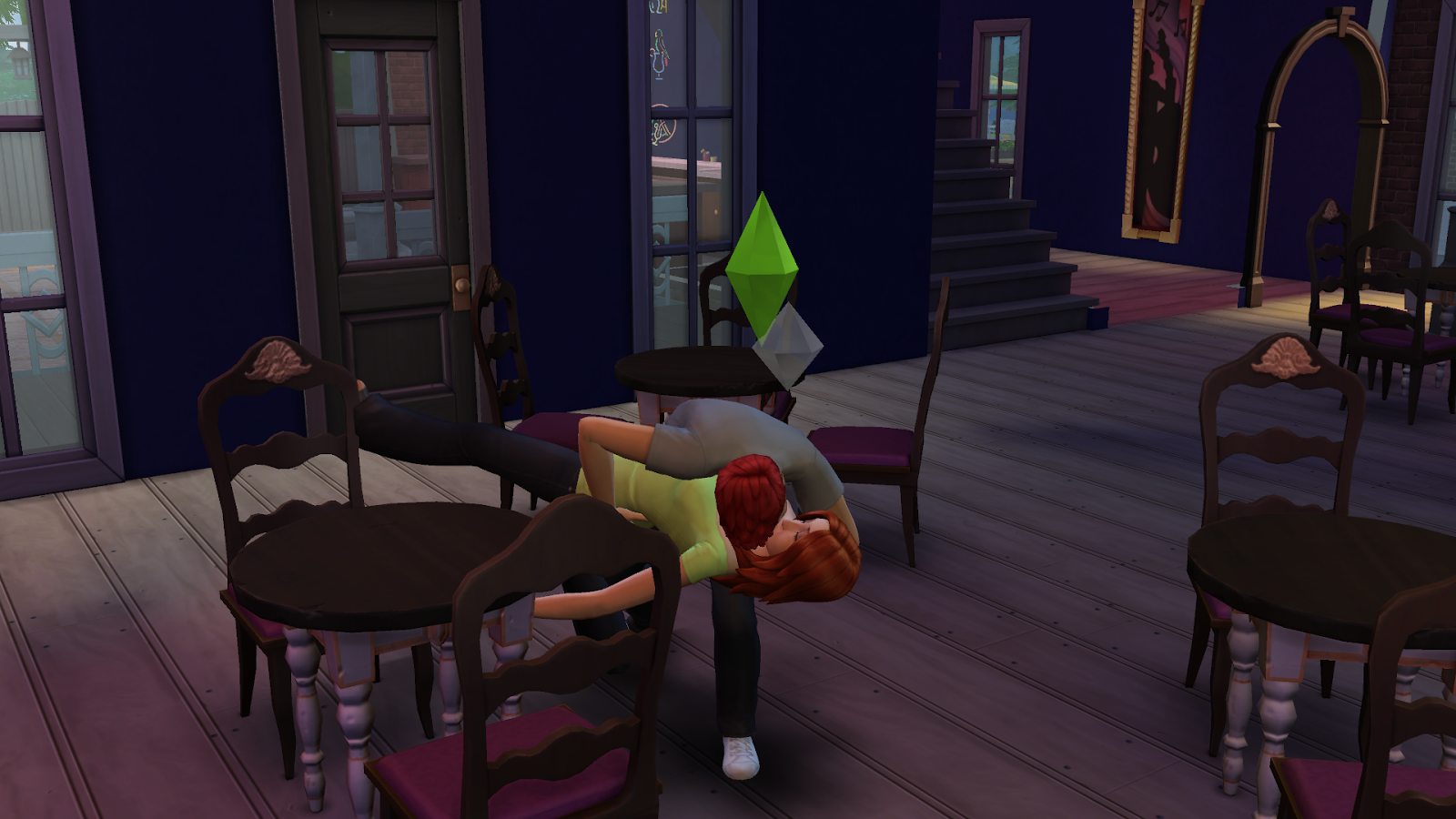 This date was less crowded.  Aren't they sweet?
Posted by Rainy at 1:49 PM