TS4 Marx Legacy- Do We Have a Winner?

The competition between Duncan and Annabeth during this generation has been close.  Hayes has barely scored due to having sucky aspirations.  But I think I can say with only 1 day left until Duncan ages up that Annabeth will be heir.  She is 2 points ahead of him.  She still has several days before she ages up but I am still going to hook Duncan up with a girl and have them have babies.  Why?  Because Mom Isabel's aspiration is to have 4 grandchildren!  Instead of having Annabeth have 4 and have 4 kids fighting to be heir I thought it would be easier for Duncan to have 2 babies and then move them all out.  I already plan to move Hayes out when he ages up.  Poor Hayes, he didn't have a chance.

Another thing.  On the EA bugs thread for sims disappearing they wanted to know: 1 when sims disappear 2 are they homeless 3 are they played or unplayed and 4 their age group.  So I decided to check every sim day.  Well... Under unplayed sims the only sims there are the ones in houses.  No townies.  One day I tried adding a family.  They disappeared the next day.  Checking every day makes me upset so I don't know how much longer I'll do it.  I don't have any answers to the questions they asked anyway.  I have no sims to disappear except the 4 families in houses!  Well, with that I'll give you your daily report: Duncan really hit it off with Michelle. They had their first kiss within minutes of her coming over. 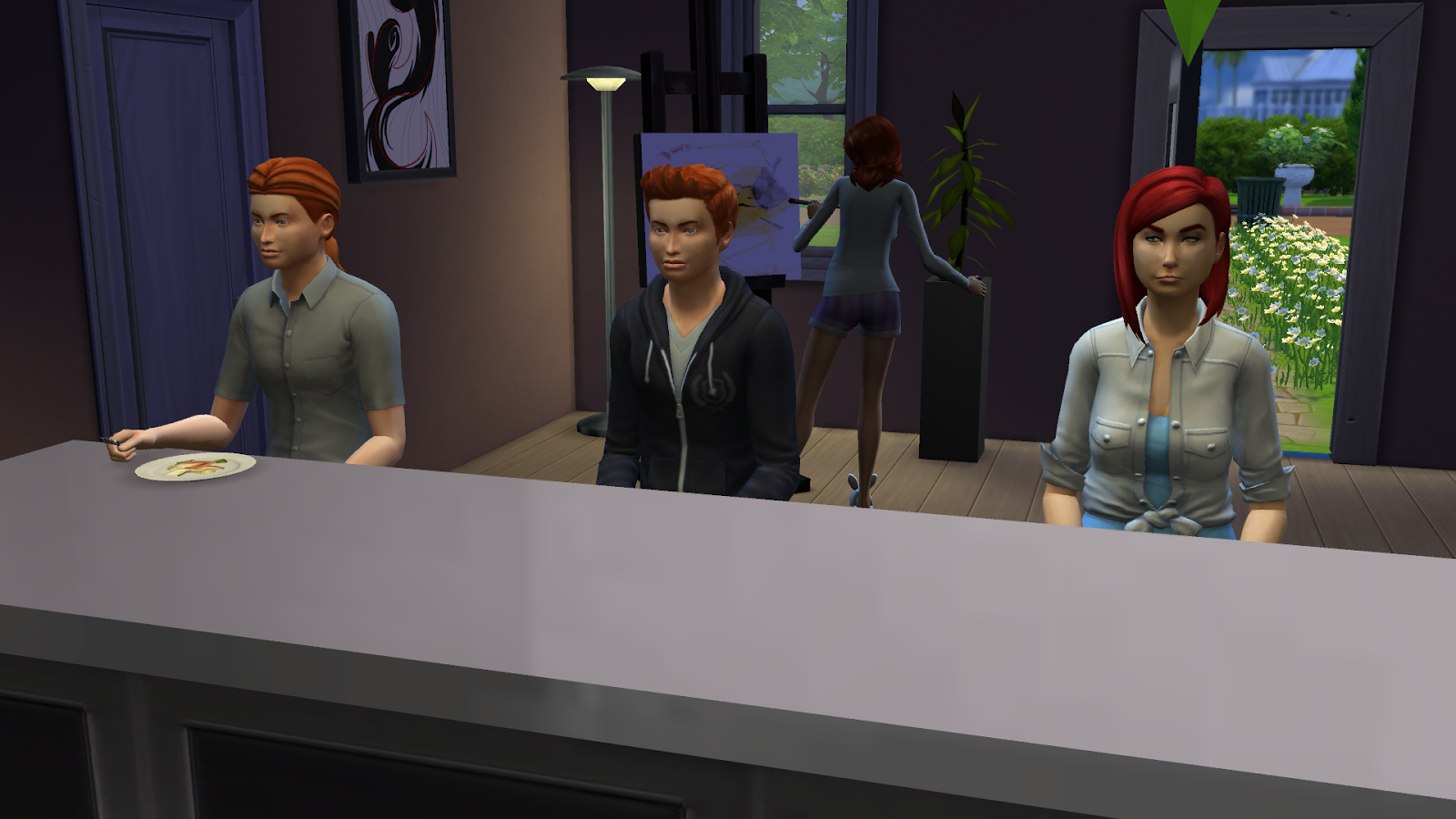 Annabeth sitting with Bernard and Gabriel, her 2 potential mates. Bernard and Gabriel ditched Annabeth to chat by the microscope. 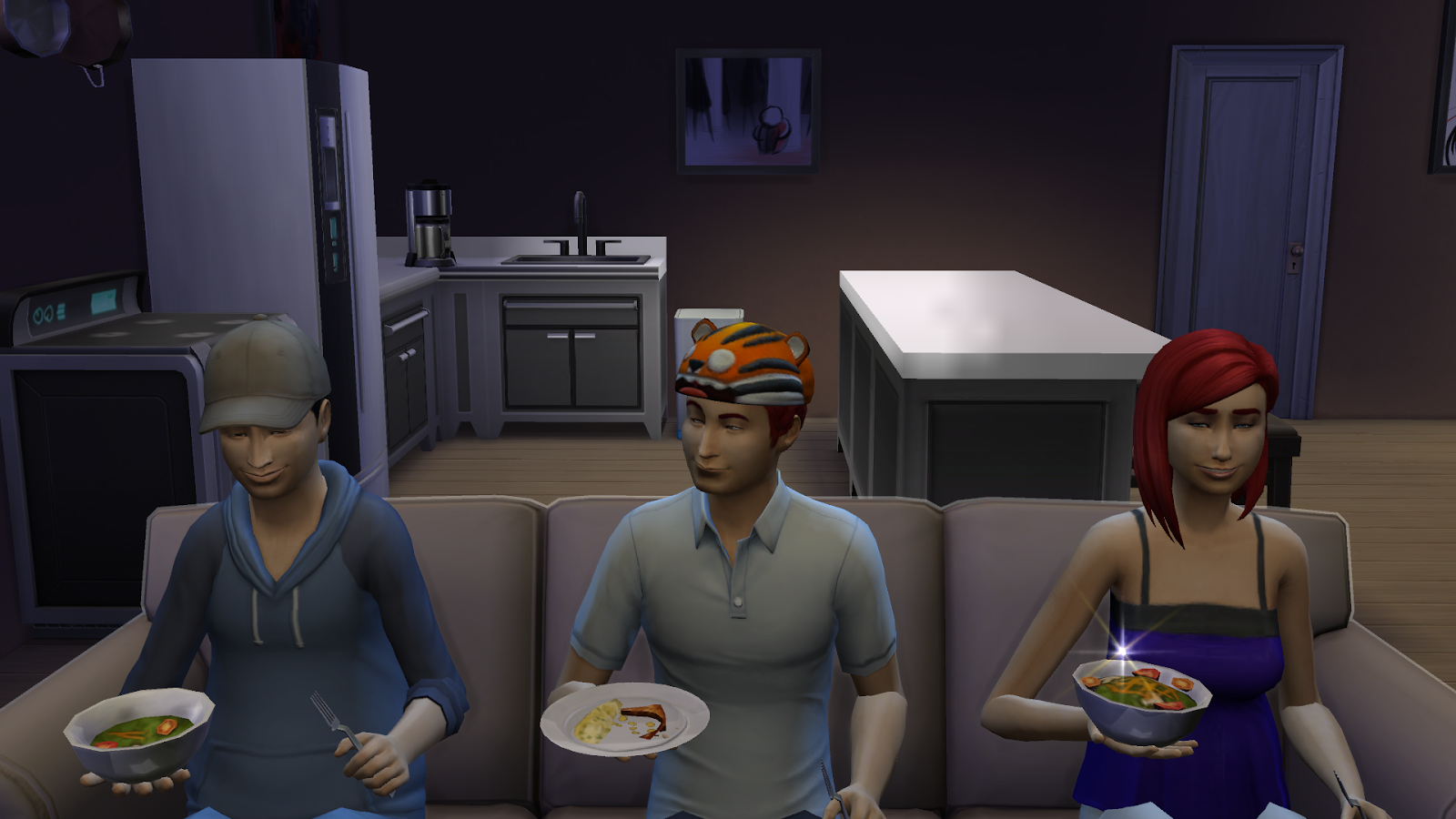 I thought this was cute.  Hayes, Duncan and Annabeth sitting on the couch together eating.
Posted by Rainy at 6:35 PM