Life has been crazy in the Marx household for the last week and a half.  With all the kids trying to meet their aspirations... Ash and Olive were failing miserably.  Ash needed 5 friends and had 2 and then I checked and he had 1 and then he had 0.  So he had to re-make friends with the ones he lost and try to make friends with 3 new ones.  He is about to age up to young adult and still hasn't managed it.  Olive seems to hate fishing.  She has the Angling Ace aspiration like her Mom and every time I send her out fishing I check on her and she's not fishing.  It's really strange because I've had sims fish until their needs were almost red.  So oddly enough even though she couldn't work on her aspiration as a teen I am declaring Willow the heir.  She has a score of 5 meaning she finished 5 parts of childhood aspirations.  Ash and Olive both have 3's.  They would have to get 3 more parts finished in order to beat her.  Or tie and have a better skill than her which they don't, she has almost mastered the guitar skill.  So lots has happened to lead up to this decision... let us have a little review:
So now we are waiting for Willow to have her baby, and for Ash and Olive to age up so they can move out.  Also Hannah and Corey will become elders soon so we have that to look forward to as well. 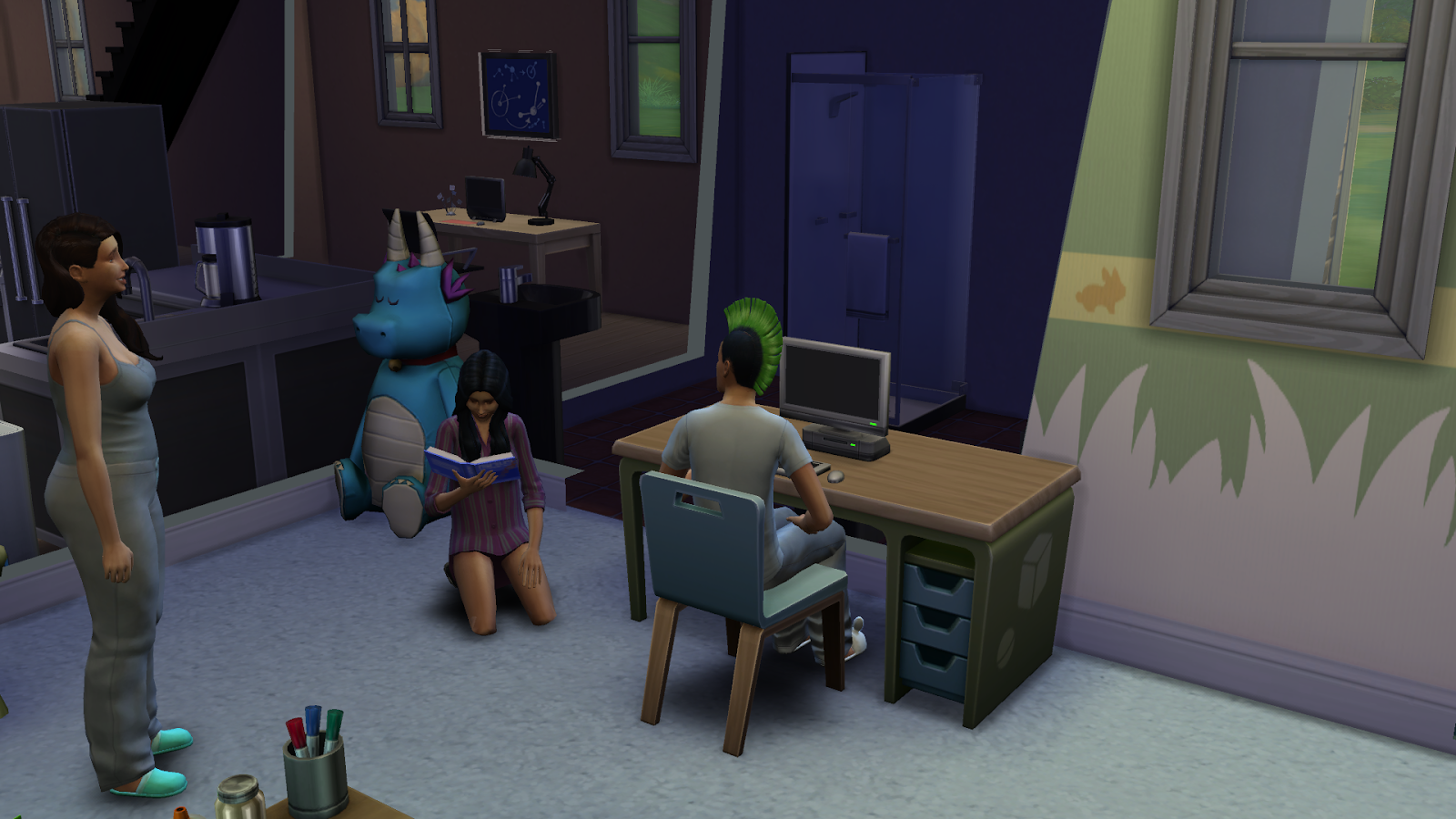 I thought this was cute since they don't usually get along.  All 3 kids as teens hanging out.
Posted by Rainy at 11:15 PM