With 3 kids this has been a hectic 2 weeks of sims.   So far Willow is winning the race to heir but that could change now that she's stuck and can't work on her aspiration again until she's an adult.  Without further ado here is week 9 and 10 in review... 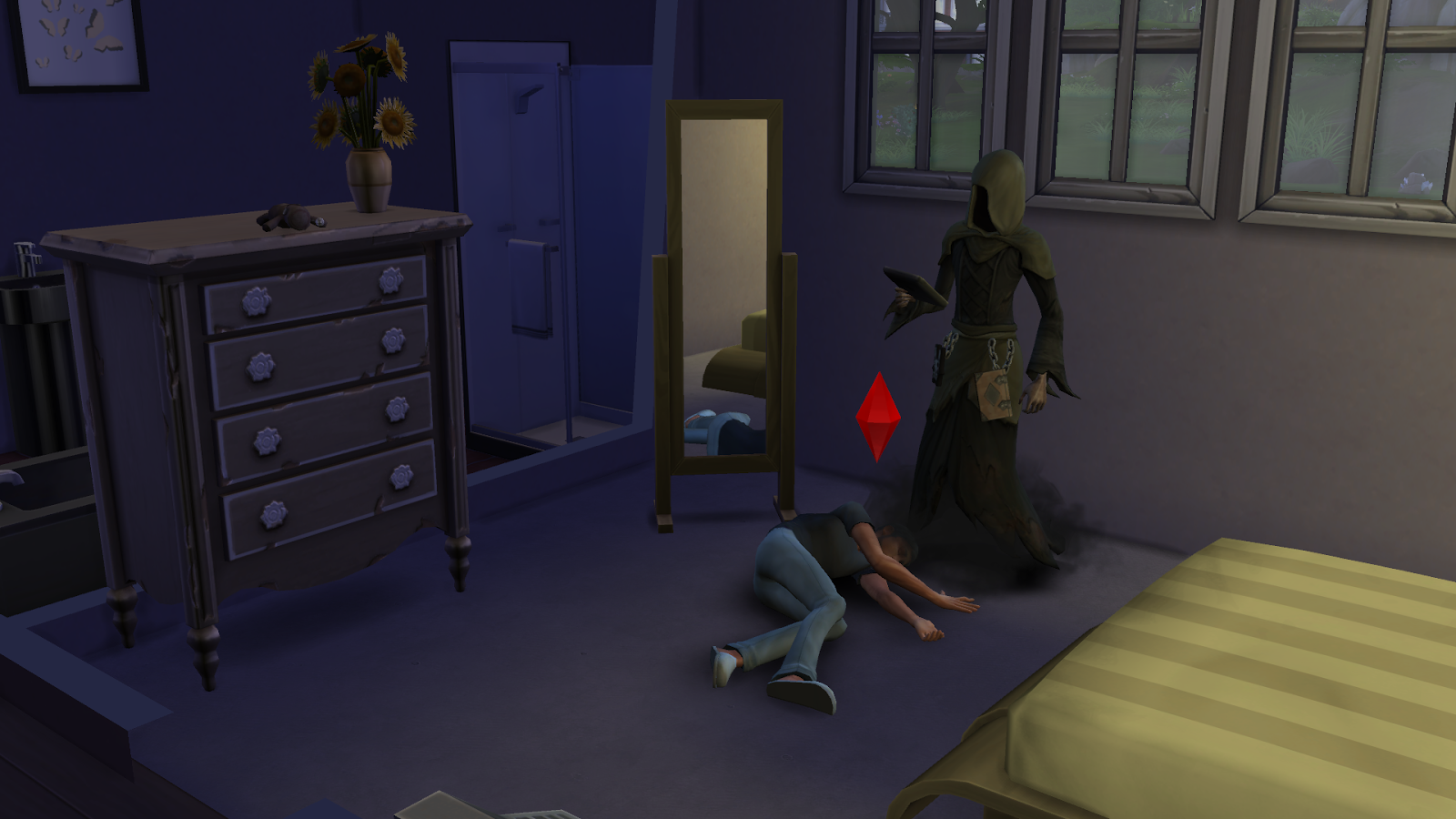 Nikolai passes of old age.  Grim hung around again and tried to chat with everyone.  He must be lonely. Willow and Giovanni the day before she aged up. 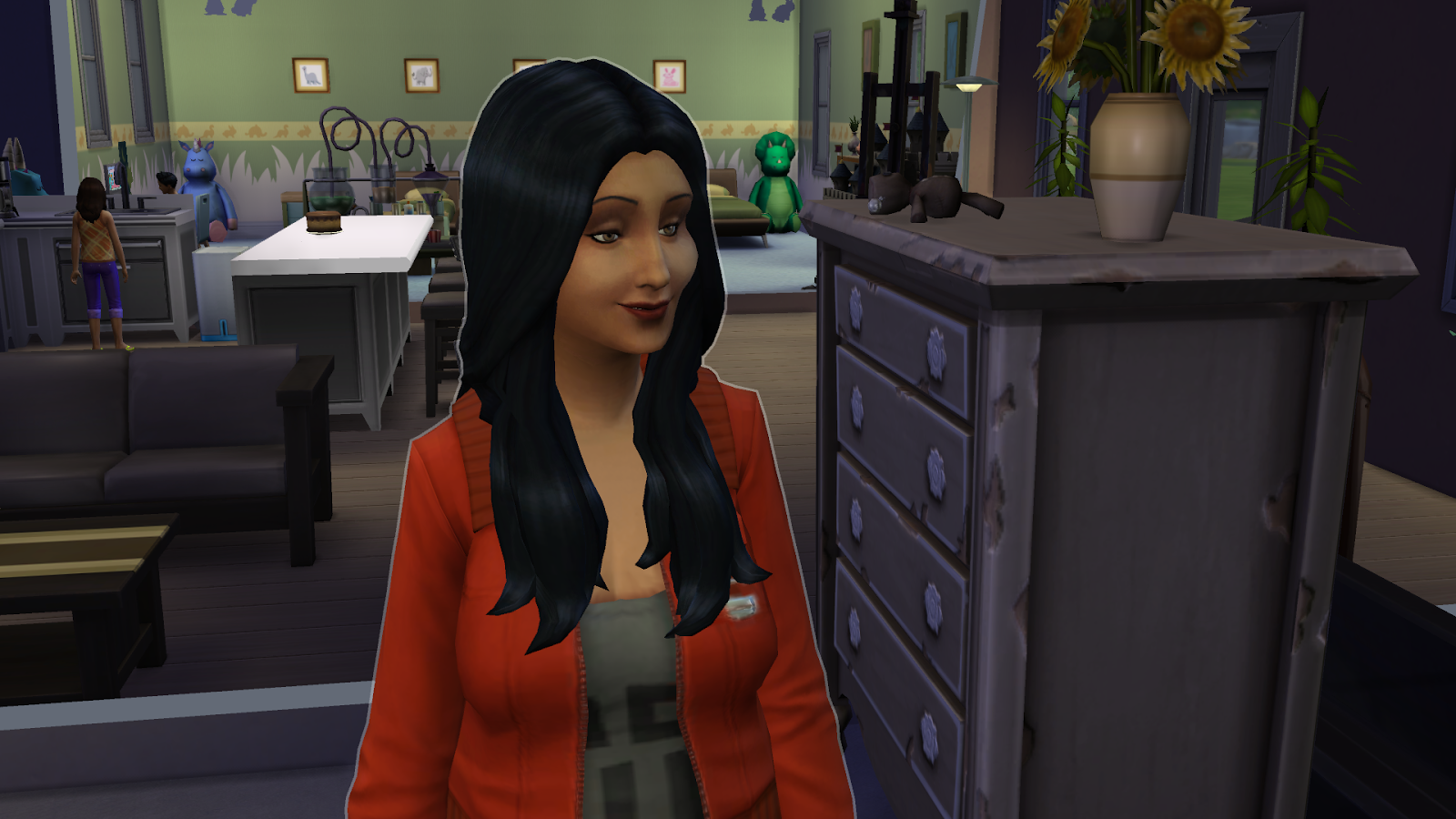 Willow as a teen. 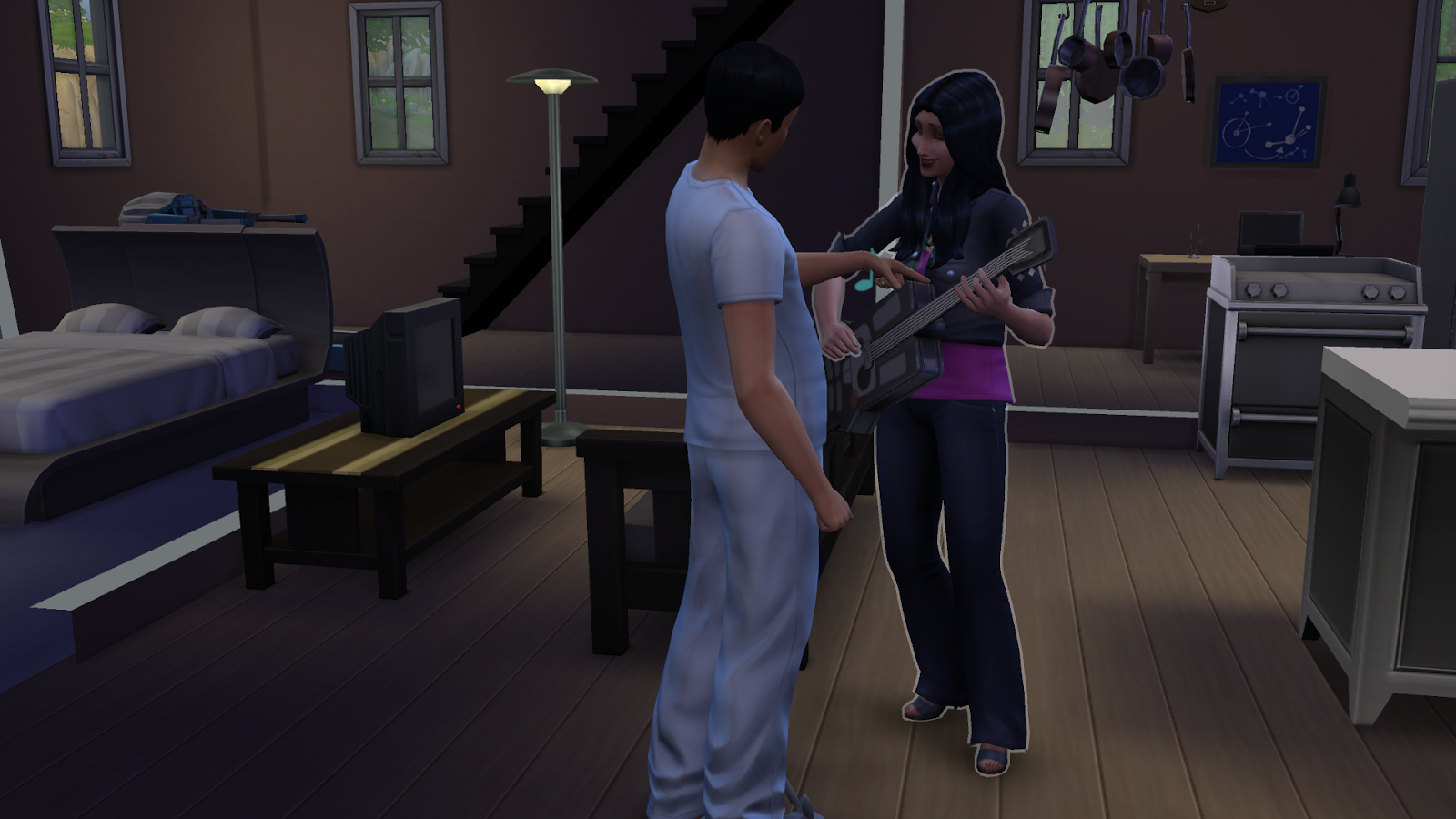 Corey mentors Willow on the guitar. 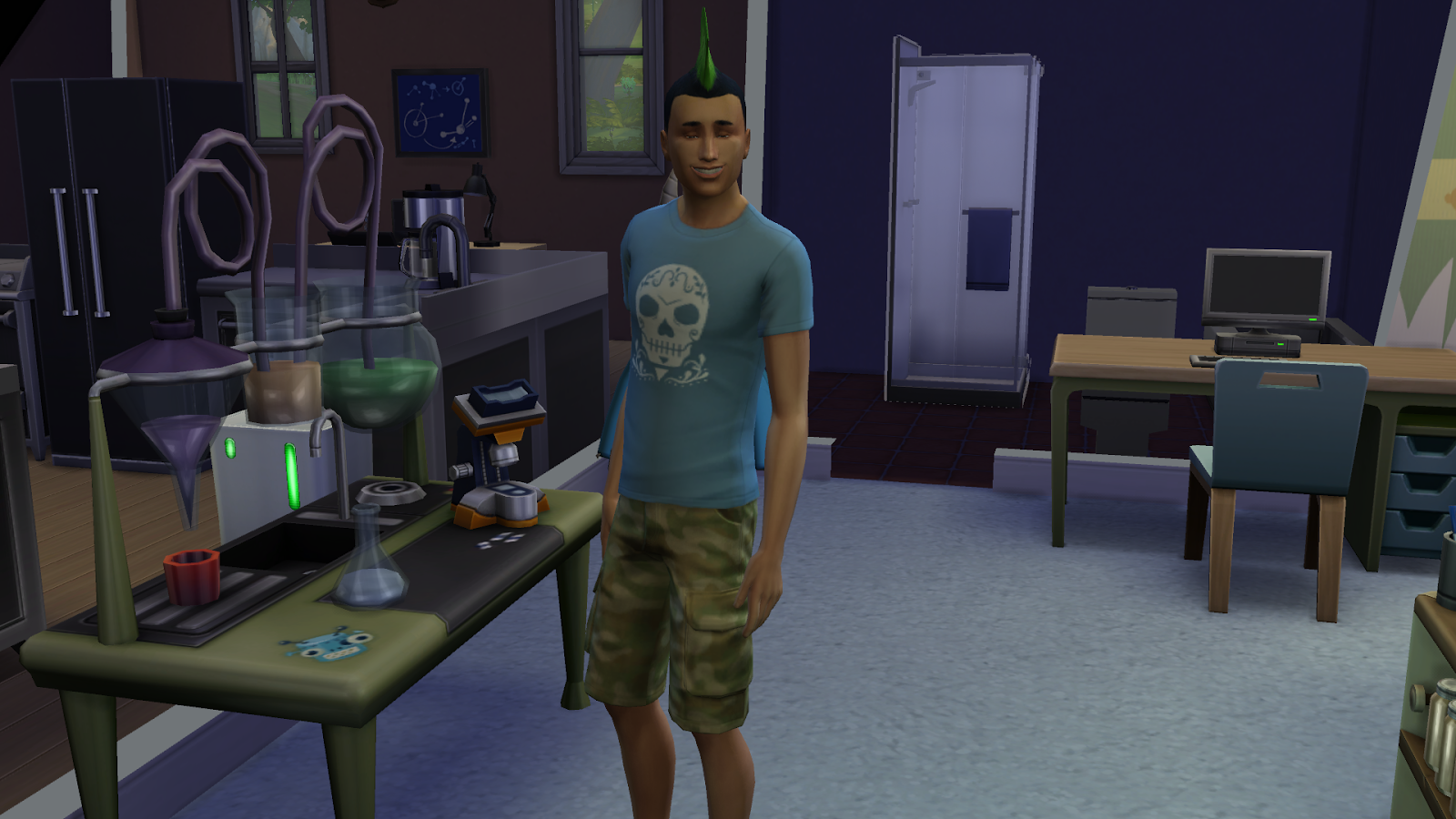 Ash as a teen.  Love the green mohawk. 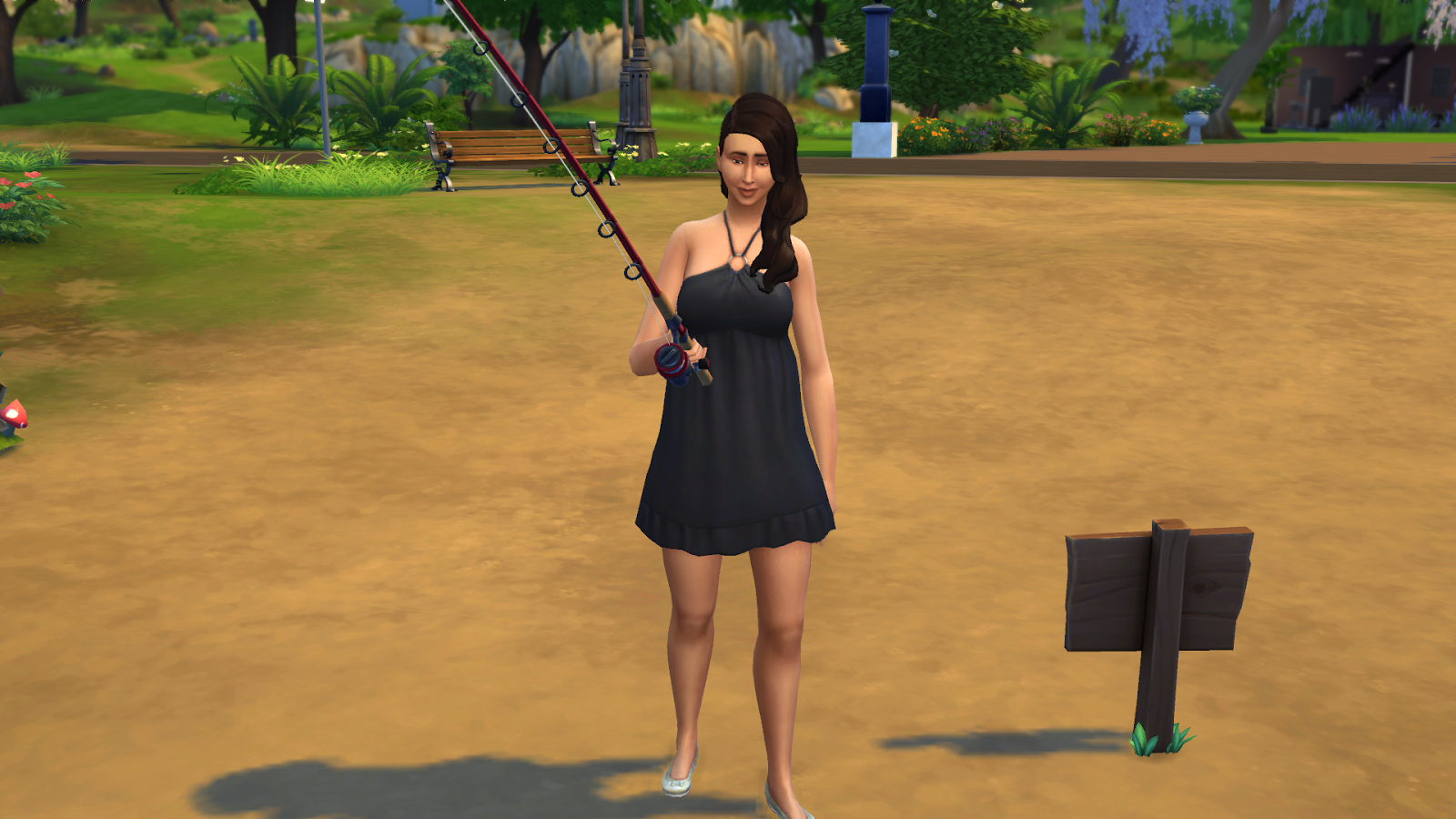 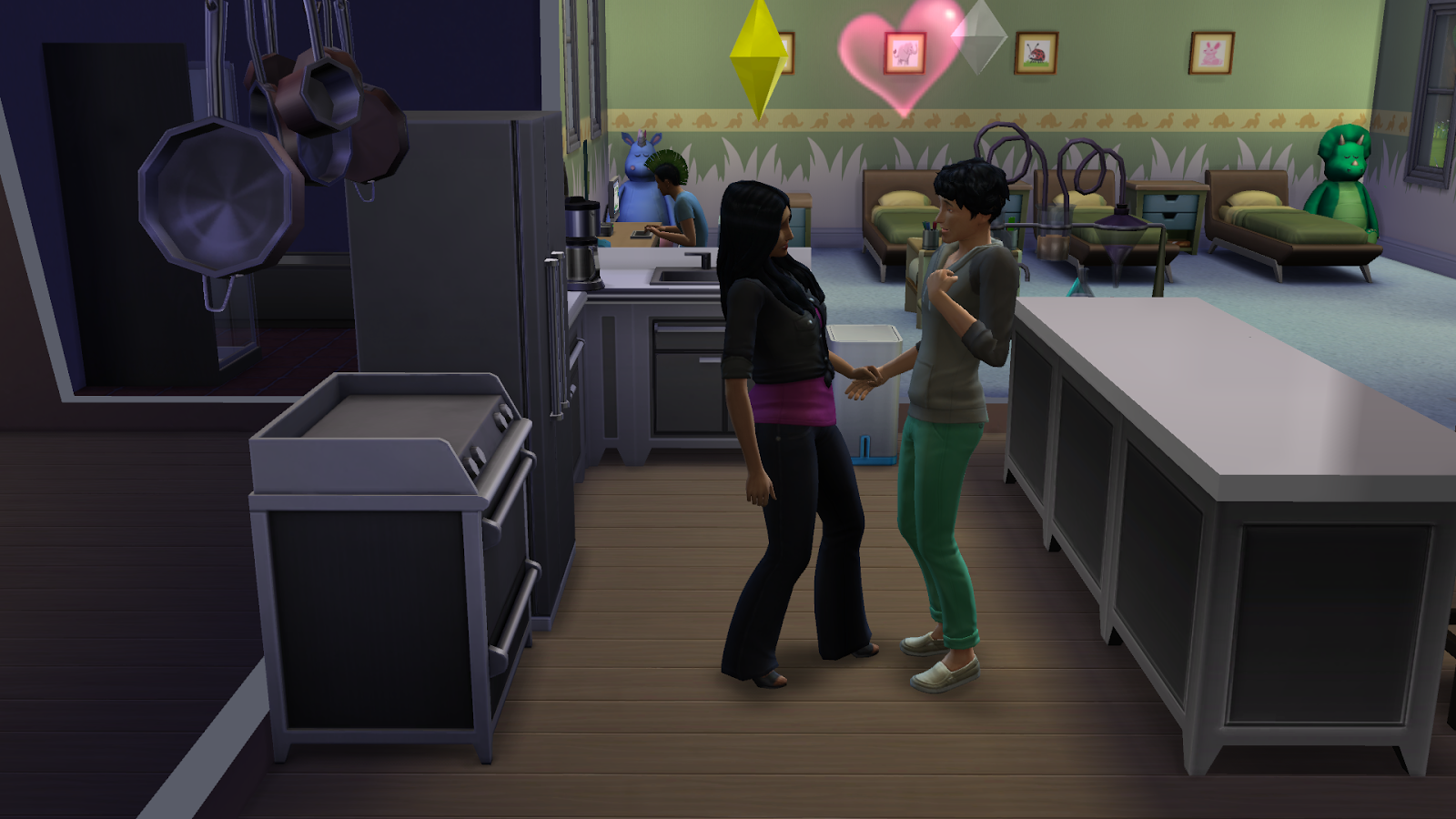 Willow and Giovanni have their first kiss.
Posted by Rainy at 8:16 AM