First let me mention that Nyssa will not be getting a job.  She will get all of her simoleans from collectables she finds in world such as plants and digs.  So a lot of her time will be spent collectable hunting and fishing.  This is why I gave her the loves the outdoors trait.


Day 1- Spent at the park collectable hunting, fishing and watching for potential spouses.  Went to a club because she wanted to dance and met Travis Scott.  He had good traits so I thought he might be a potential mate but to no avail he is part of the BFF household and therefore off limits for this challenge. Day 2- Made several guy friends while trying to see what their traits are.

Day 3- Met Nikolai Jensen at the gym while using the facilities.  He had good traits and was good looking and single as well.   Nyssa asked him to move in while still mostly friends.  Turns out he is one day younger than Nyssa which is really lucky because the other family I played both her husbands ended up being almost elders.  I built a house with the simoleans that Nikolai brought in.
He got a job as a chef since he's a foodie. (you may notice how large the kids room is, this is due to Nyssa's aspiration)

Day 4- They got engaged and Nyssa got preggo on the second try! 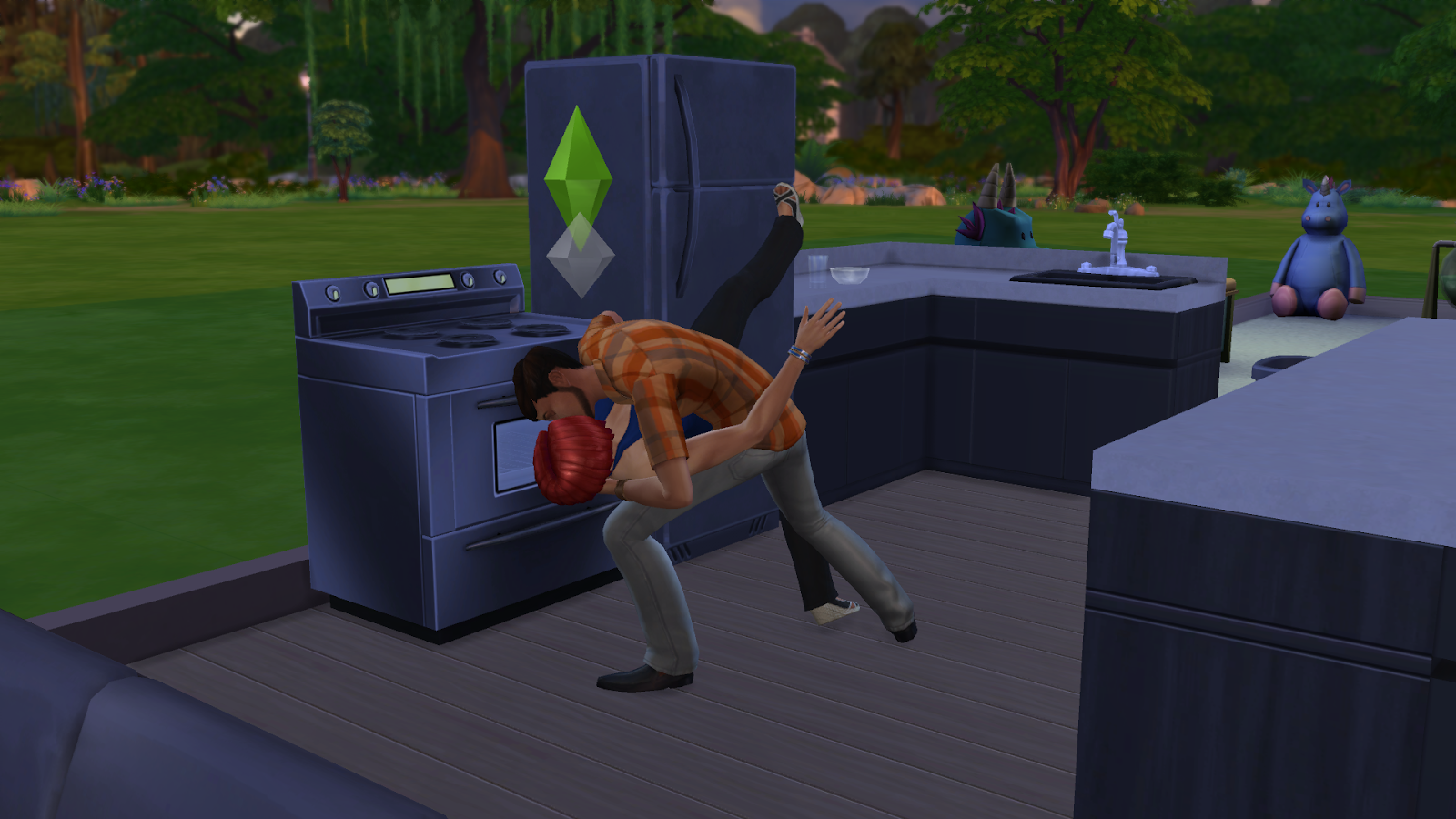 Day 5- Nyssa had morning sickness which I didn't have on the other family I played.  Interesting.  Nyssa and Nikolai eloped because I didn't want to spend the simoleans on a wedding party. Day 7- I'm hating the foodie trait.  Nikolai eats all the darn food in the fridge if I don't stop him.  They tried and failed for a second baby.

Day 8- First bills were $992.  Huge leap from TS3 but I was expecting it.  Nyssa gets that much in a couple days of gathering.  The second try for baby was successful and Nyssa is now preggo with baby #2! Day 9- Chloe aged up.  She has her Dad's haircolor and her Mom's eyes.  I had really hoped she would get the red hair but oh well.