Yep you read the title right.  10 kids.  Whew.  All for one point.  Yep I'm crazy.  After I finish this challenge I'm either taking a break from Sims 4 for awhile or doing a challenge that doesn't involve kids!  The competition isn't as fierce as it was in my last post.  So far Quatre is still the heir.  The only one left that might beat him is Seven.  The other 3 kids have the Whiz Kid aspiration which in my opinion is way too hard!  So is the last part of Social Butterfly.  About the wedding... I had this picture in my head of all 10 kids at the wedding and how cool it would be.  They were there but never in the same place and I never got a pic of the kids like I planned all along.  Mabye a dinner party I don't know!  Anyway here is your update: 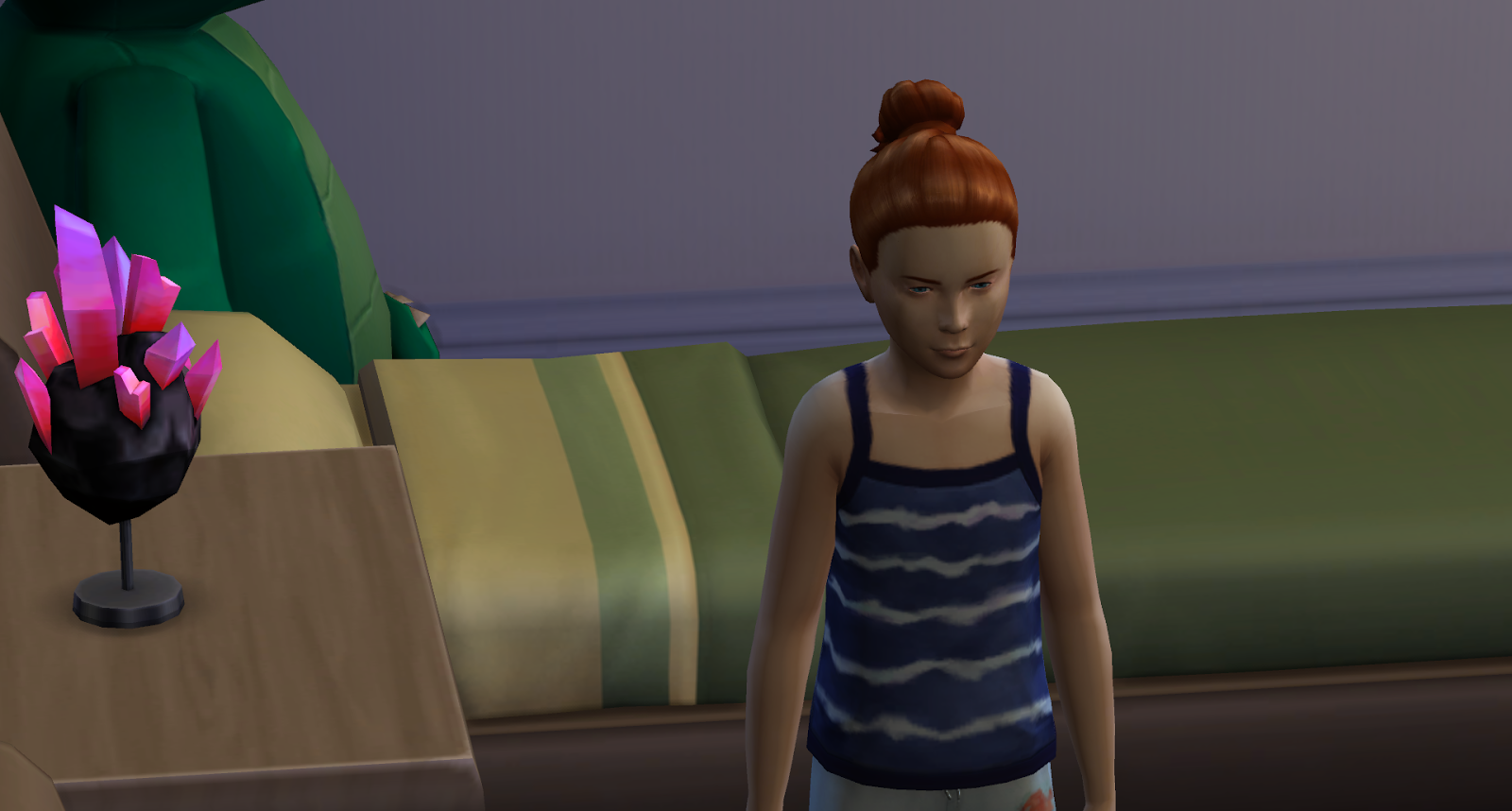 This is Seven, I forgot a pic in the last post. 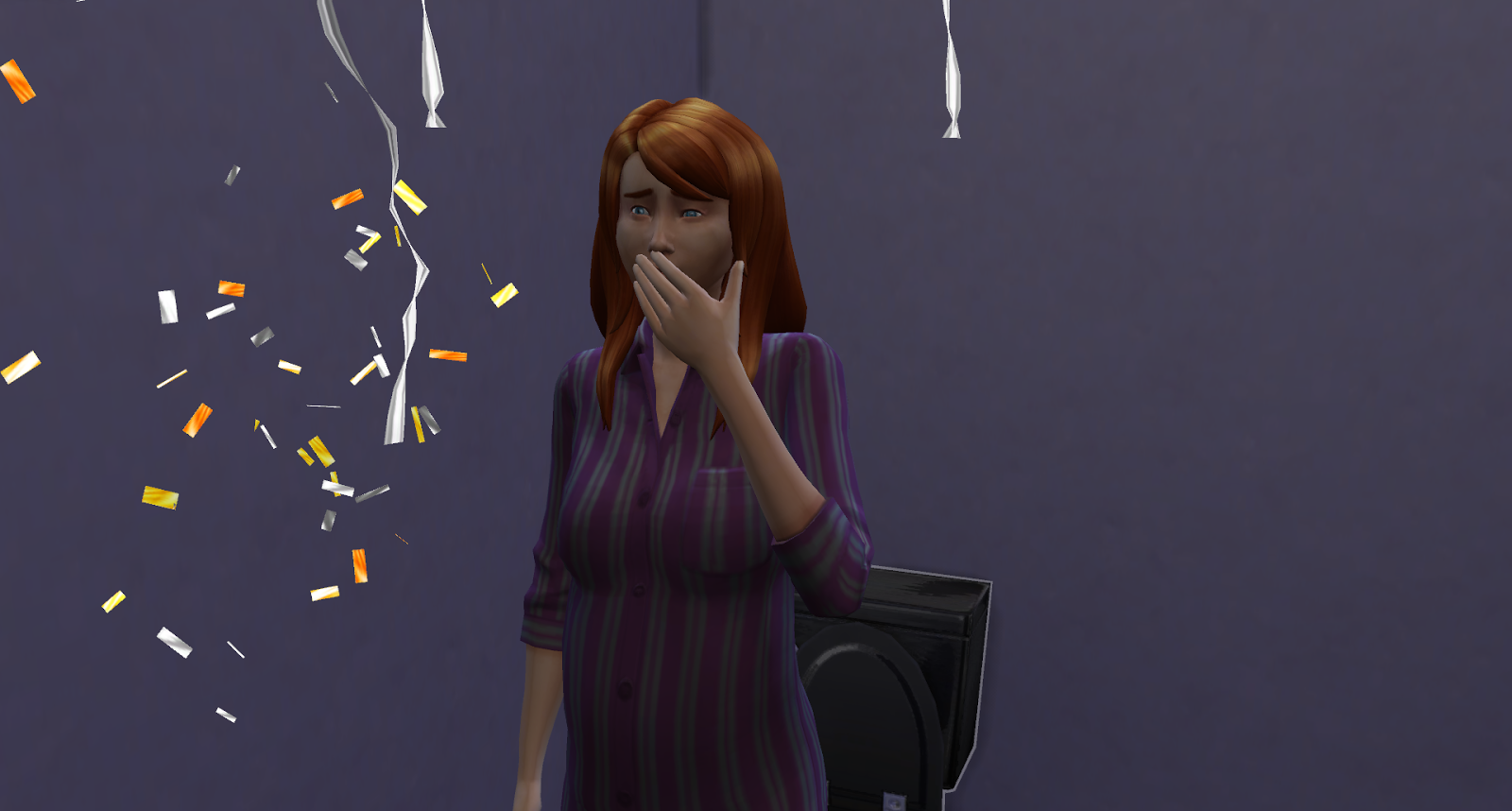 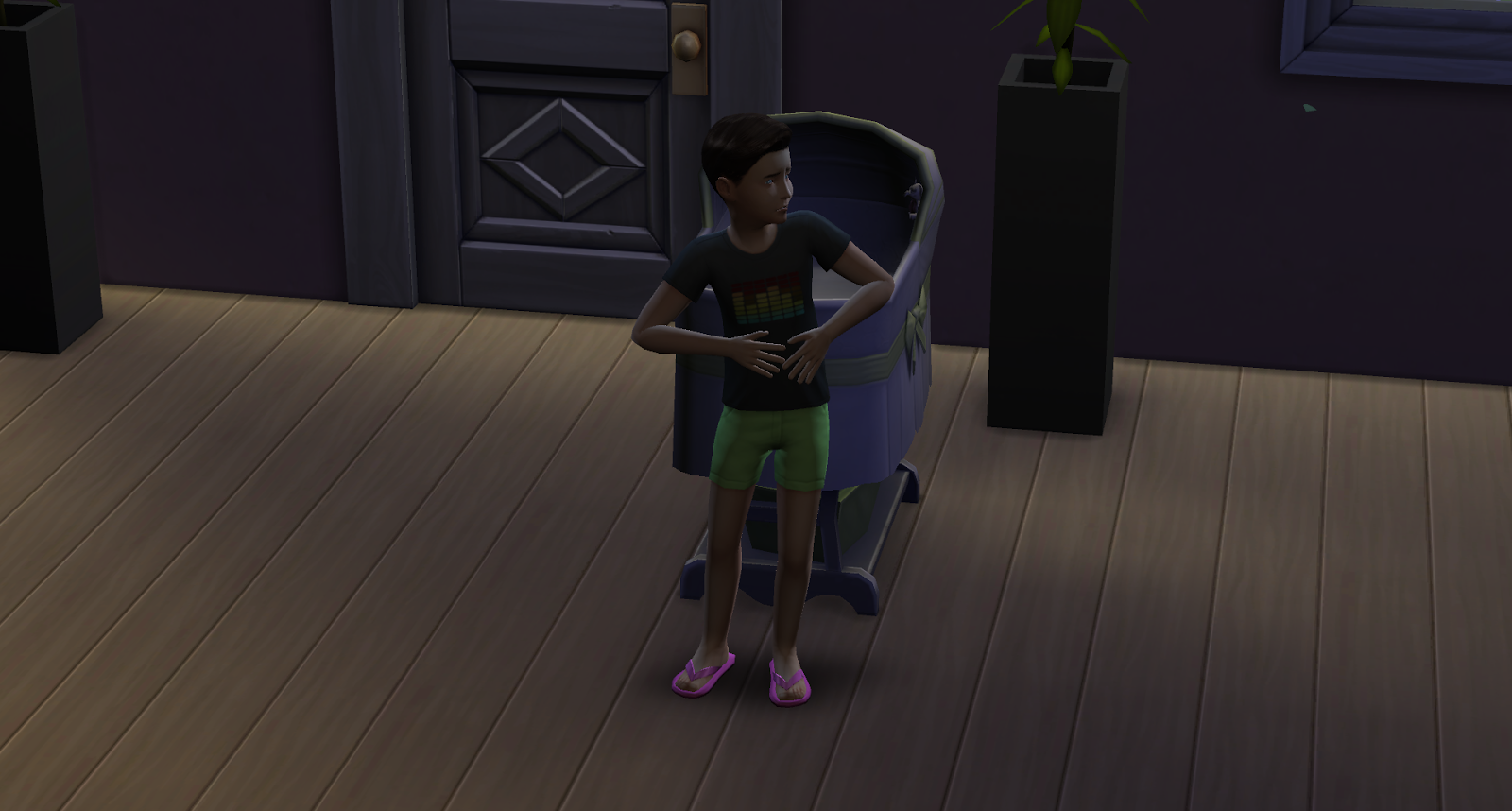 Octavius pops out of his basinet. 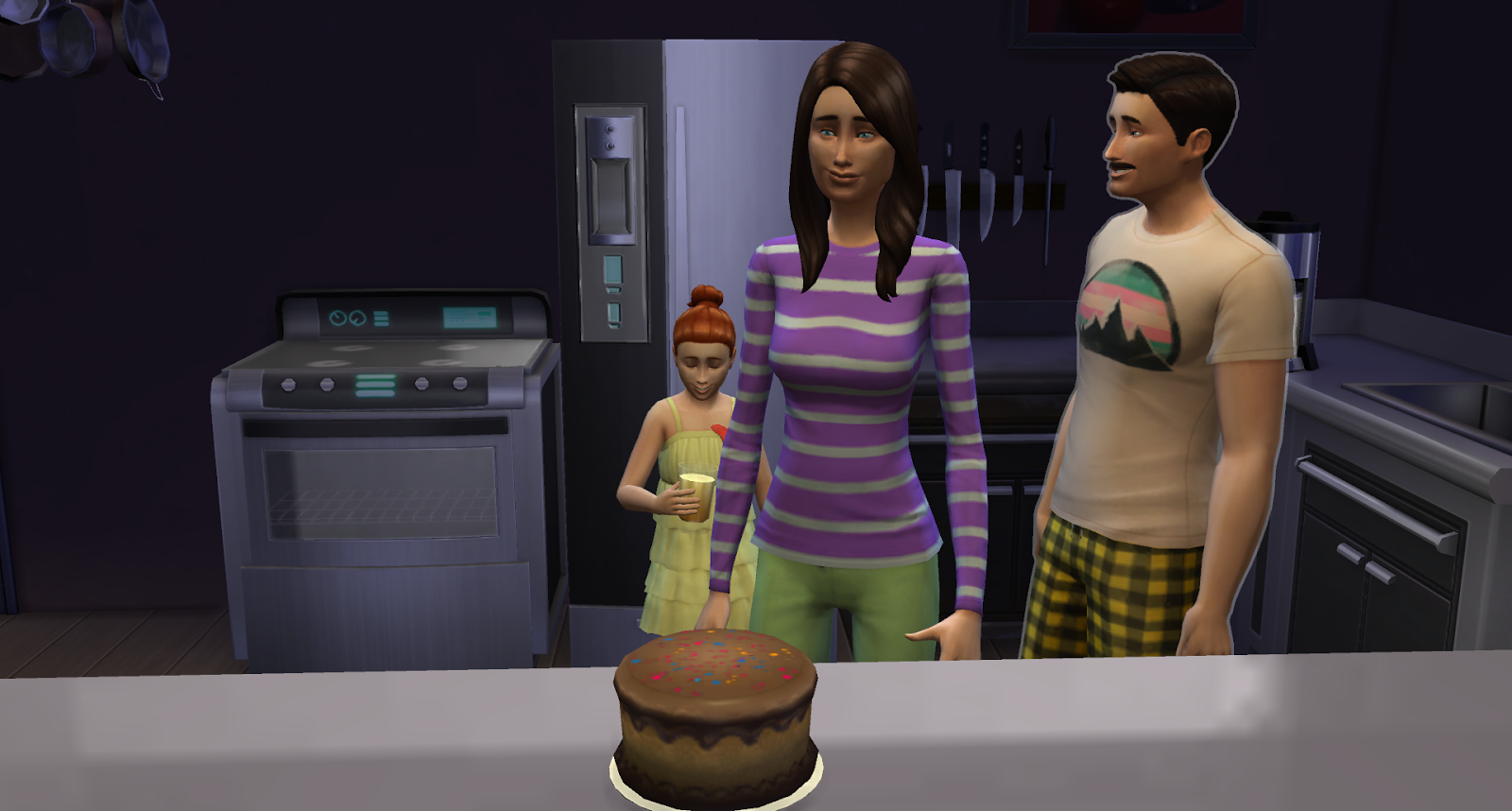 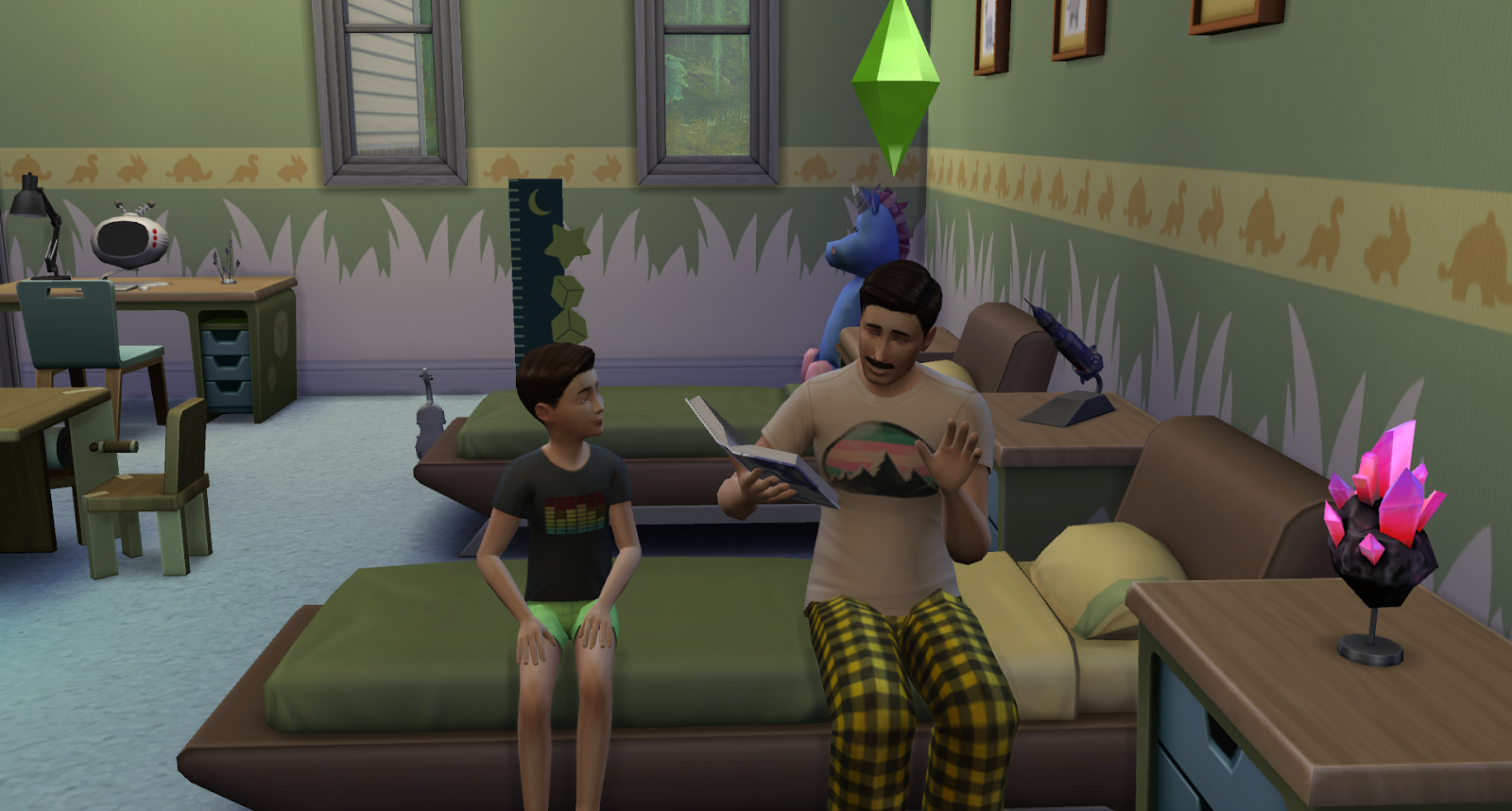 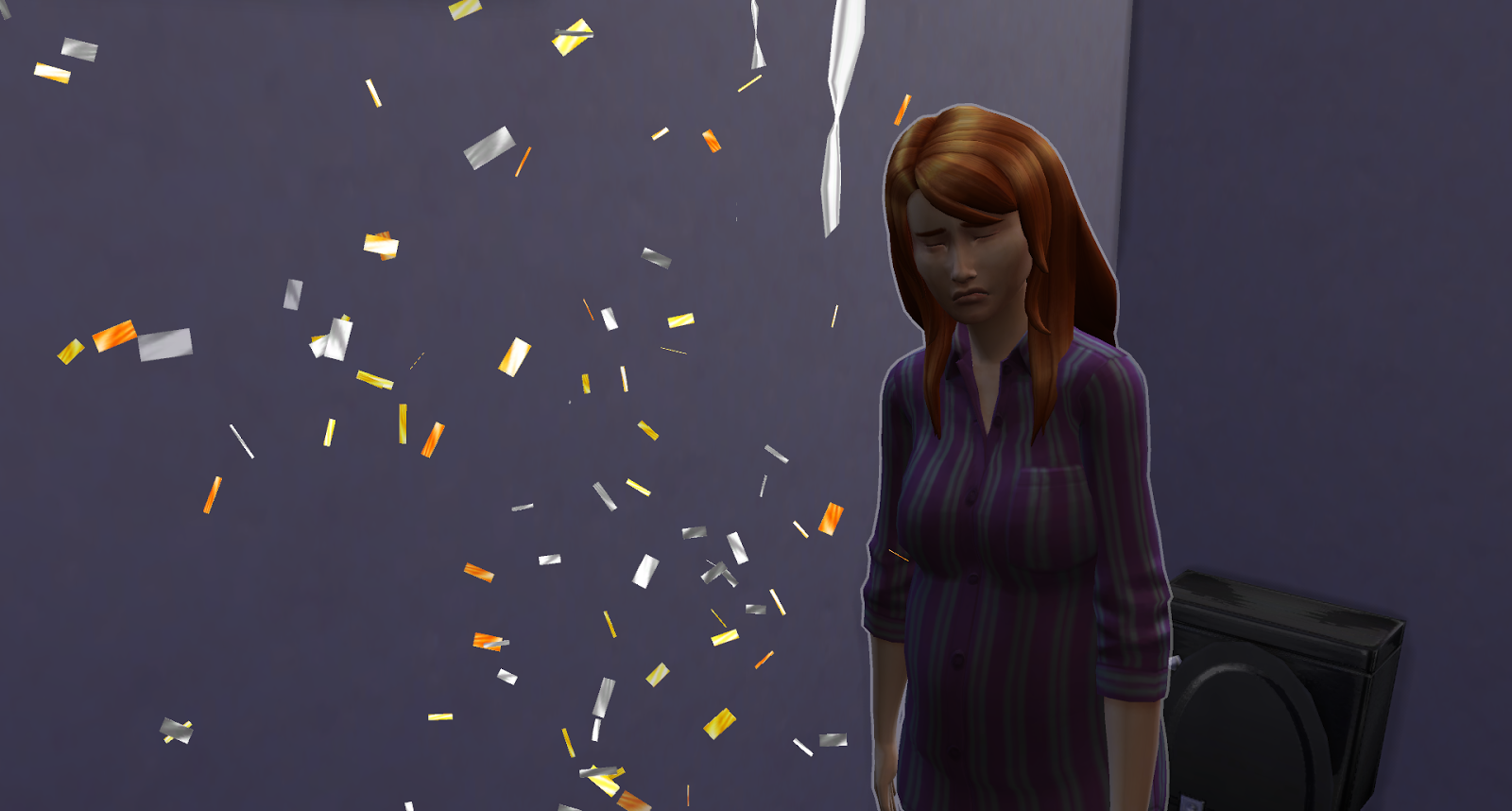 Nona after popping out of her basinet. 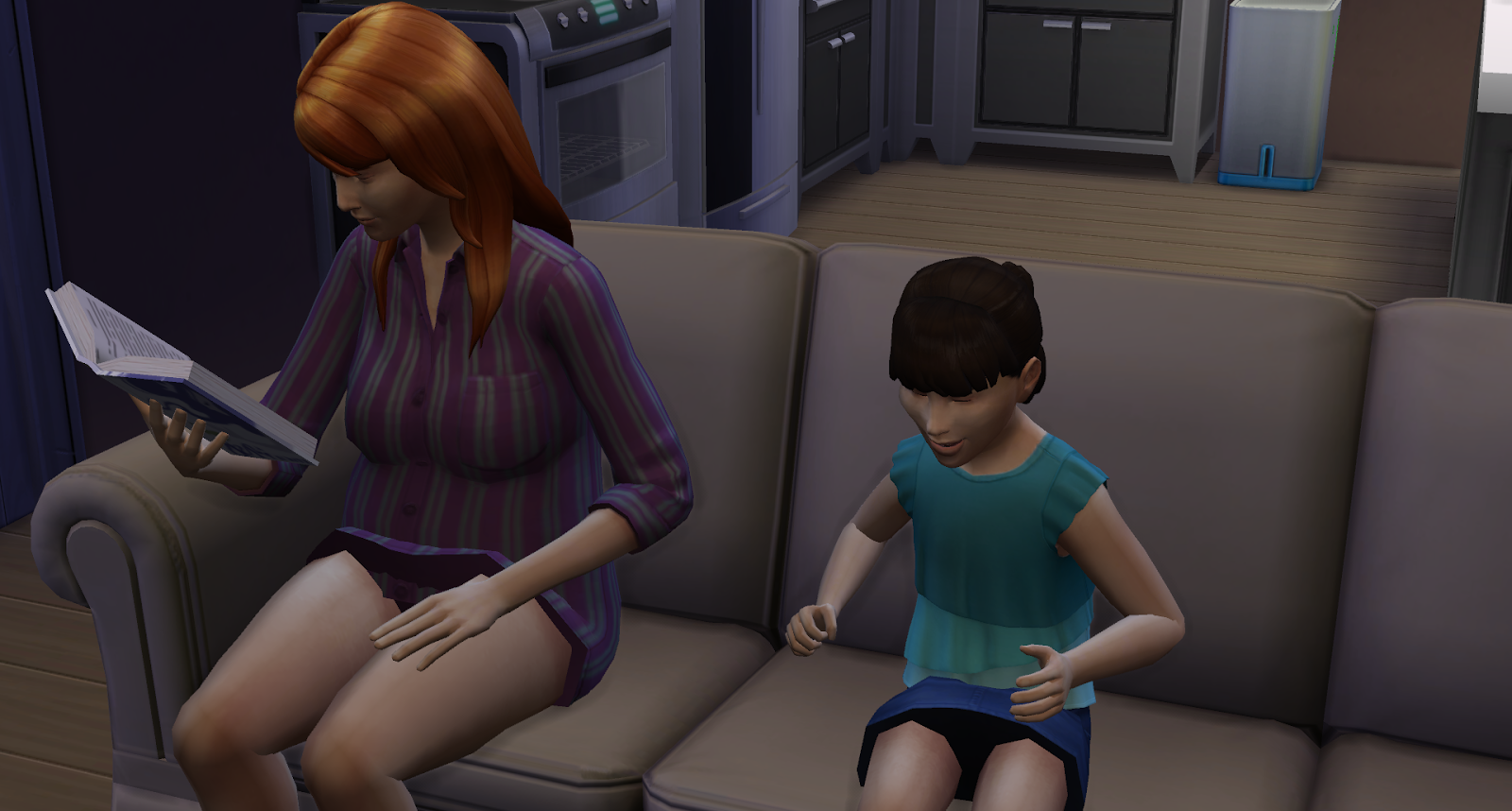 Mom reads to Decime after she ages to child. 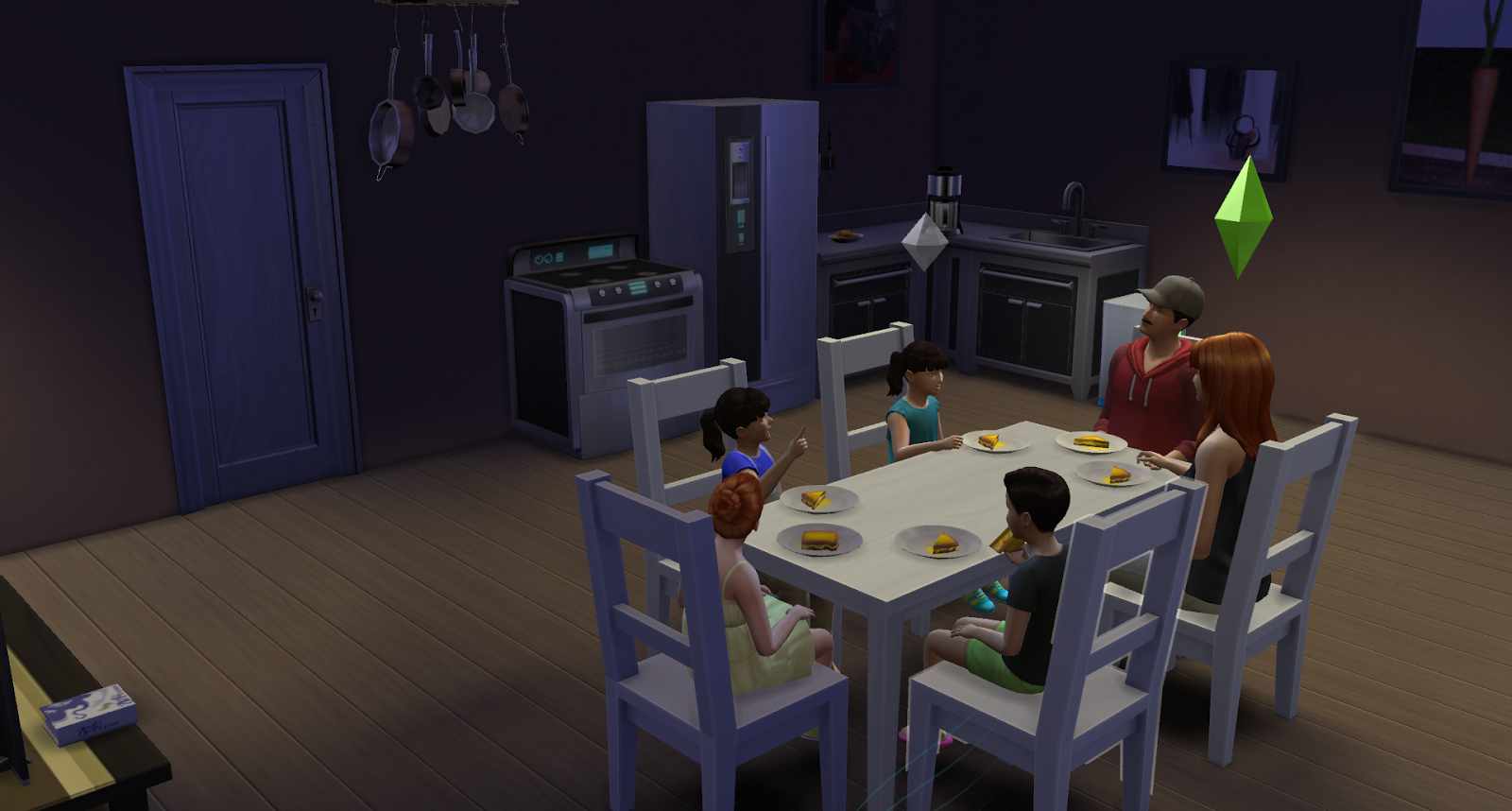 The remaining 4 children with their parents having dinner. 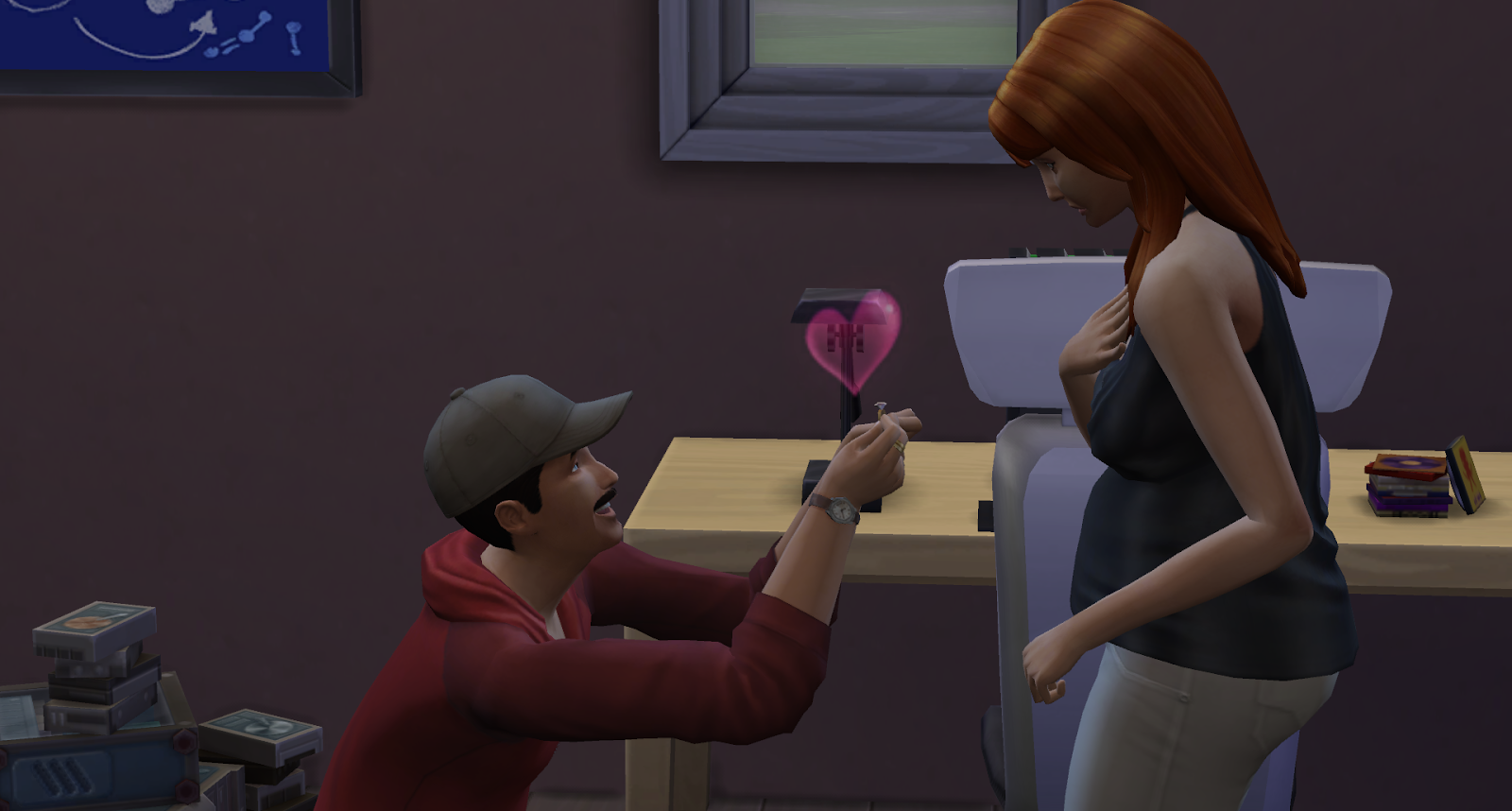 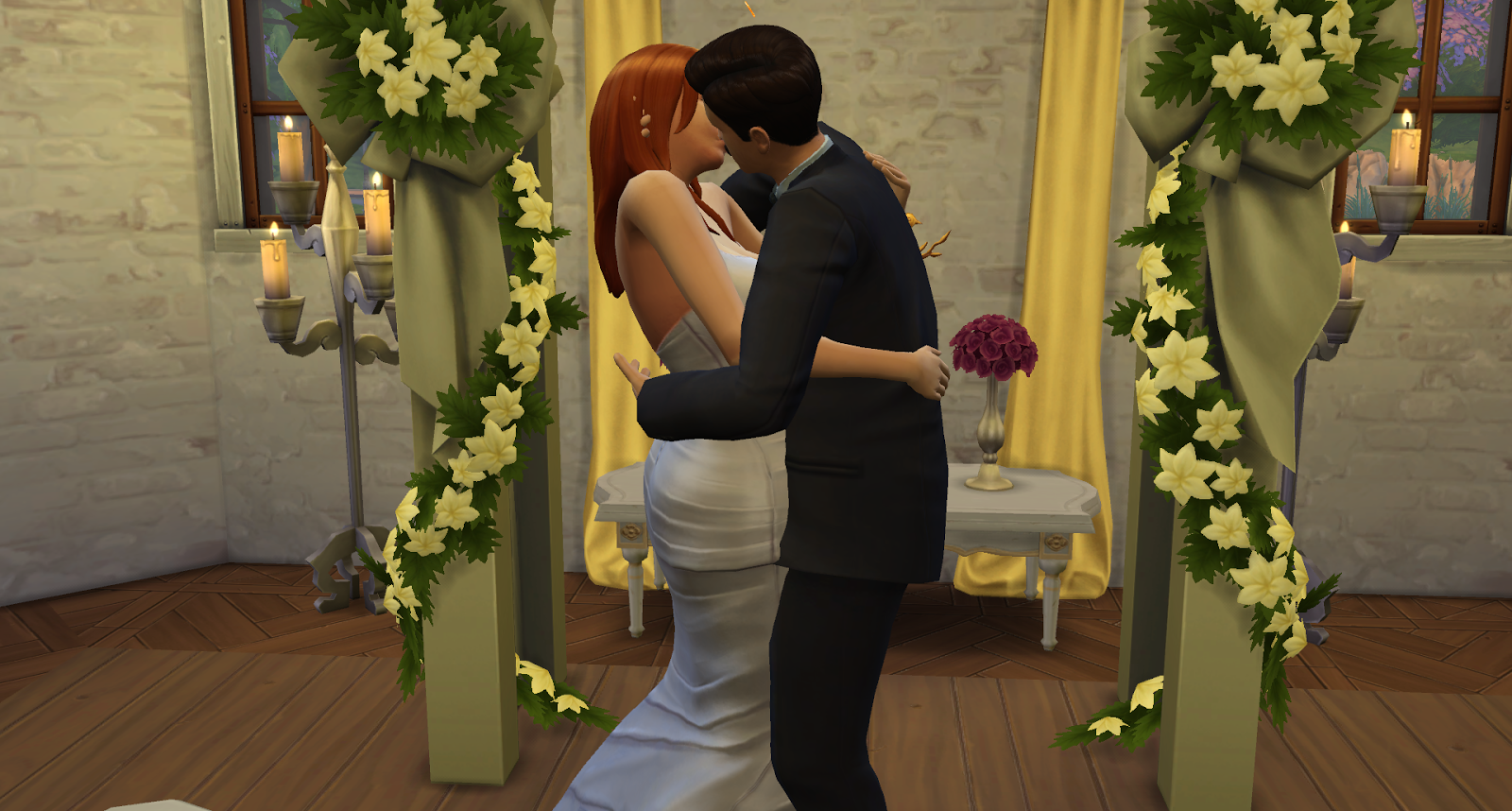 Finally after 10 kids they have a wedding. 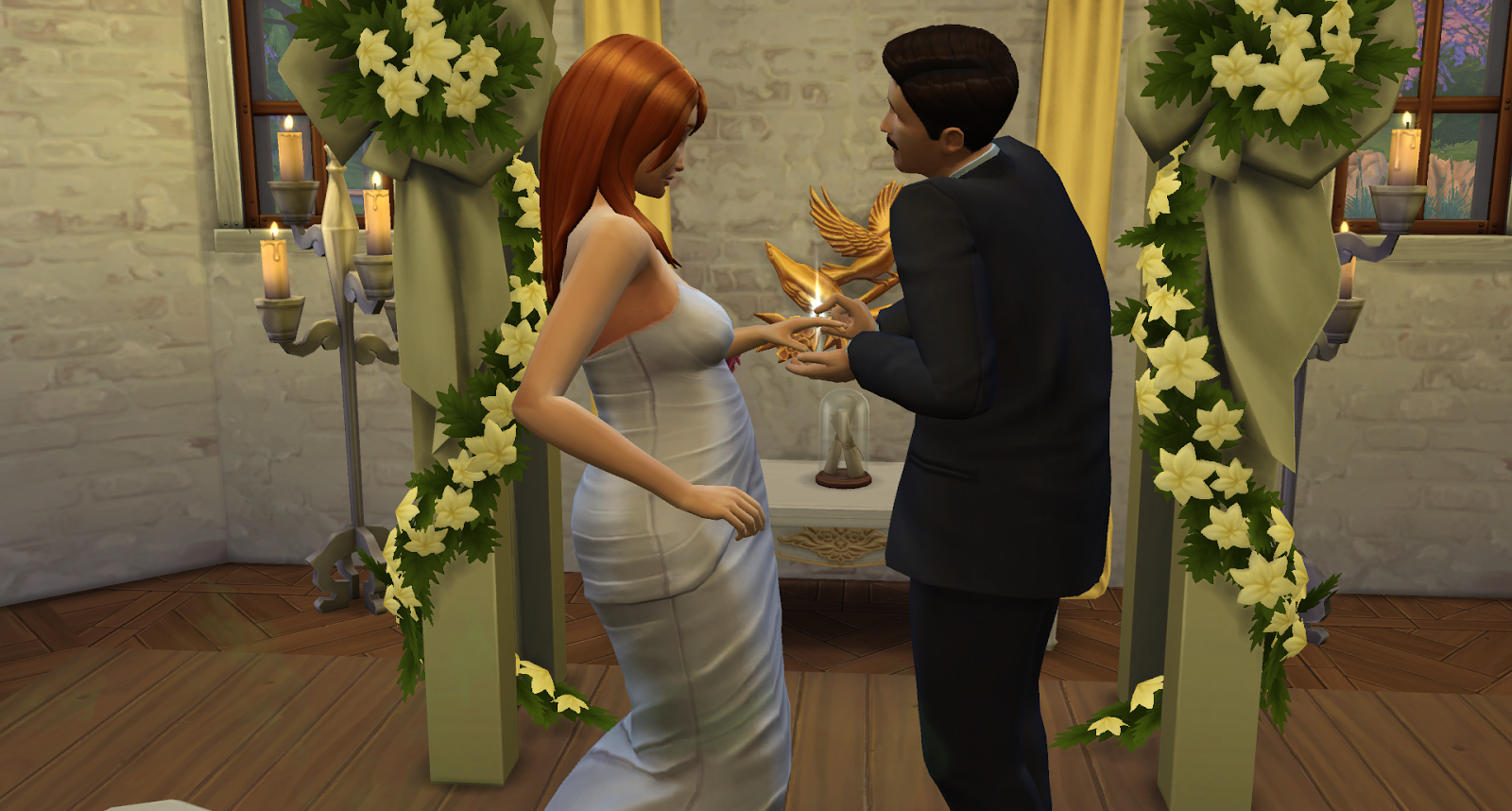 Have a ring my dear.  Hehehe 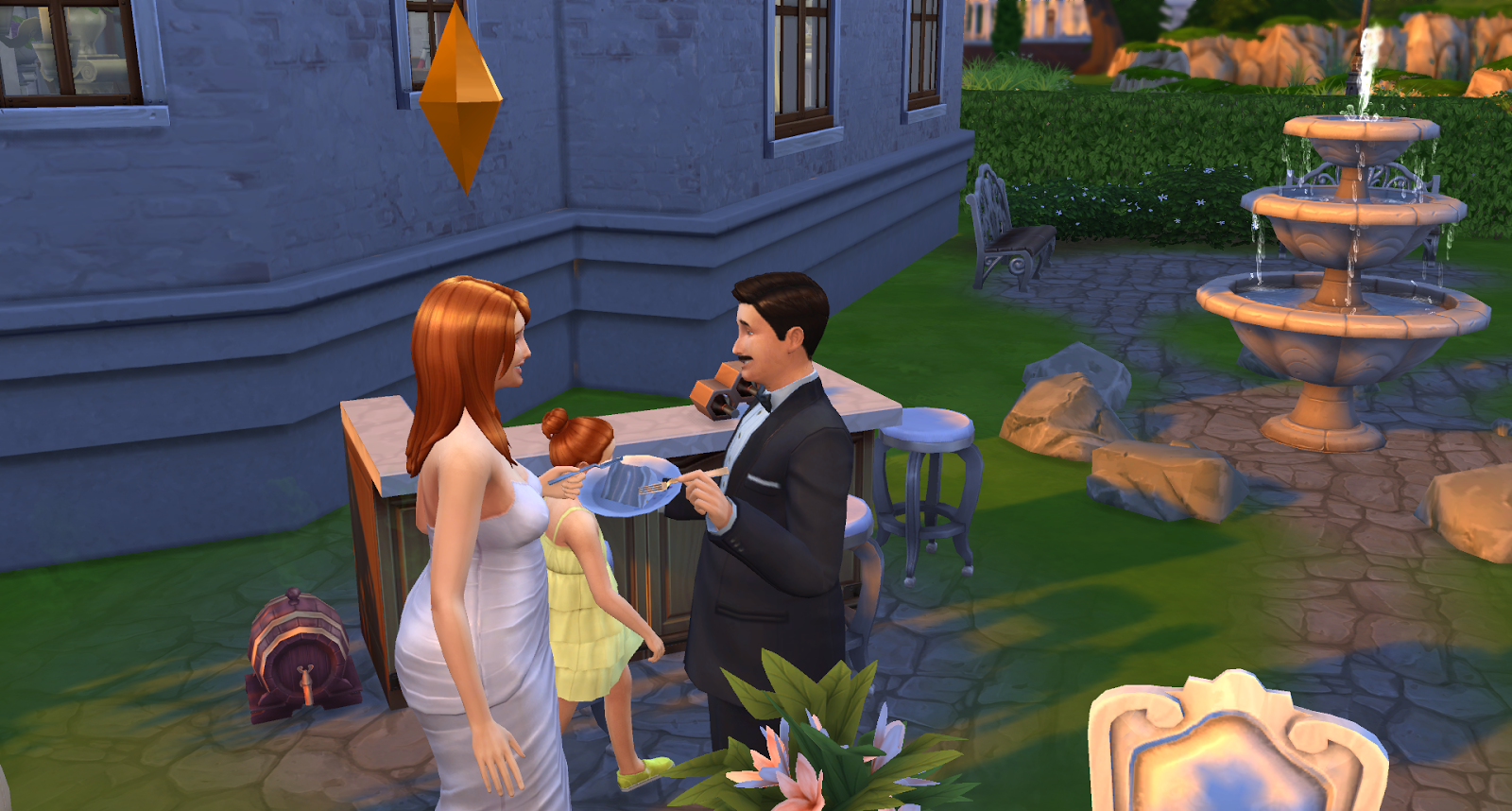 Kevin shares his cake with Riley.
Posted by Rainy at 8:23 AM