So yes I have decided I am insane for trying to get 10 kids in one generation just for an extra point!  There are now kids everywhere and they all need something and it's driving me nuts!  Poor Riley gets a short break in baby making until Una and Duex move out.  I'm so glad that Pinstar said I could move them out as teens or there's no way I'd be doing this.  Anyway enough with my crazed rant here is your update: 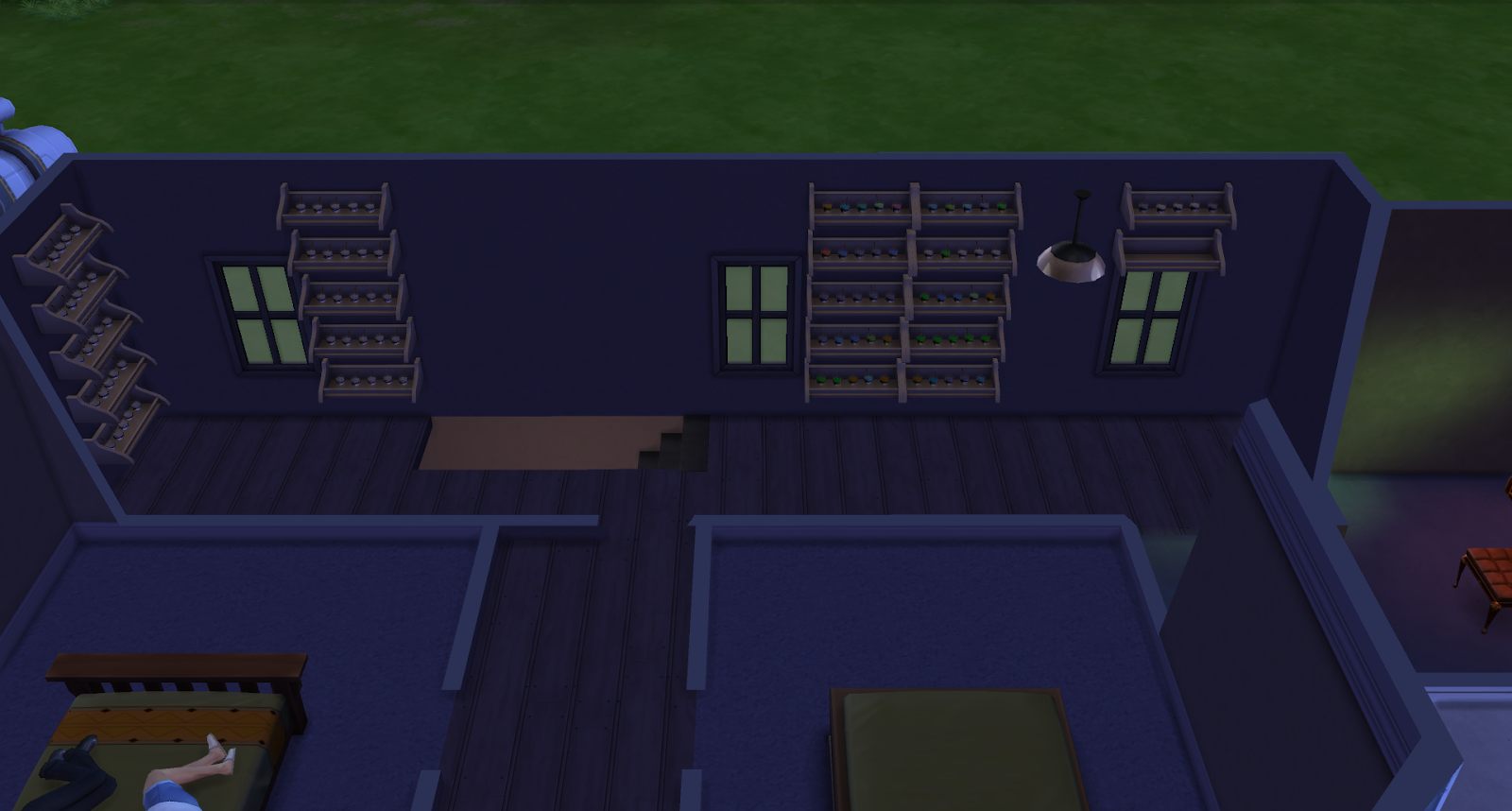 I just wanted to take a pic of all of my shelves of potions. 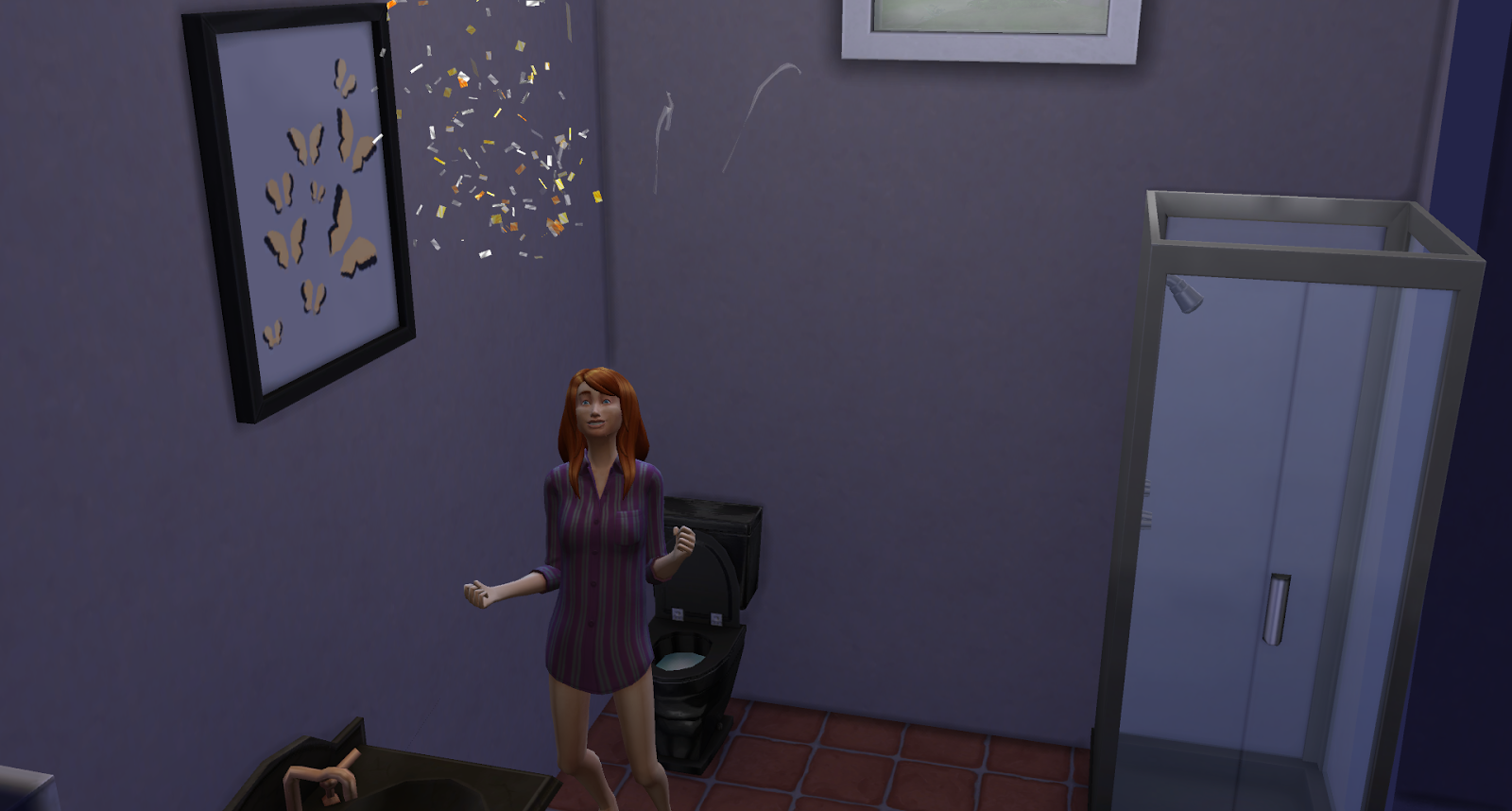 Riley pregant for the 3rd time. 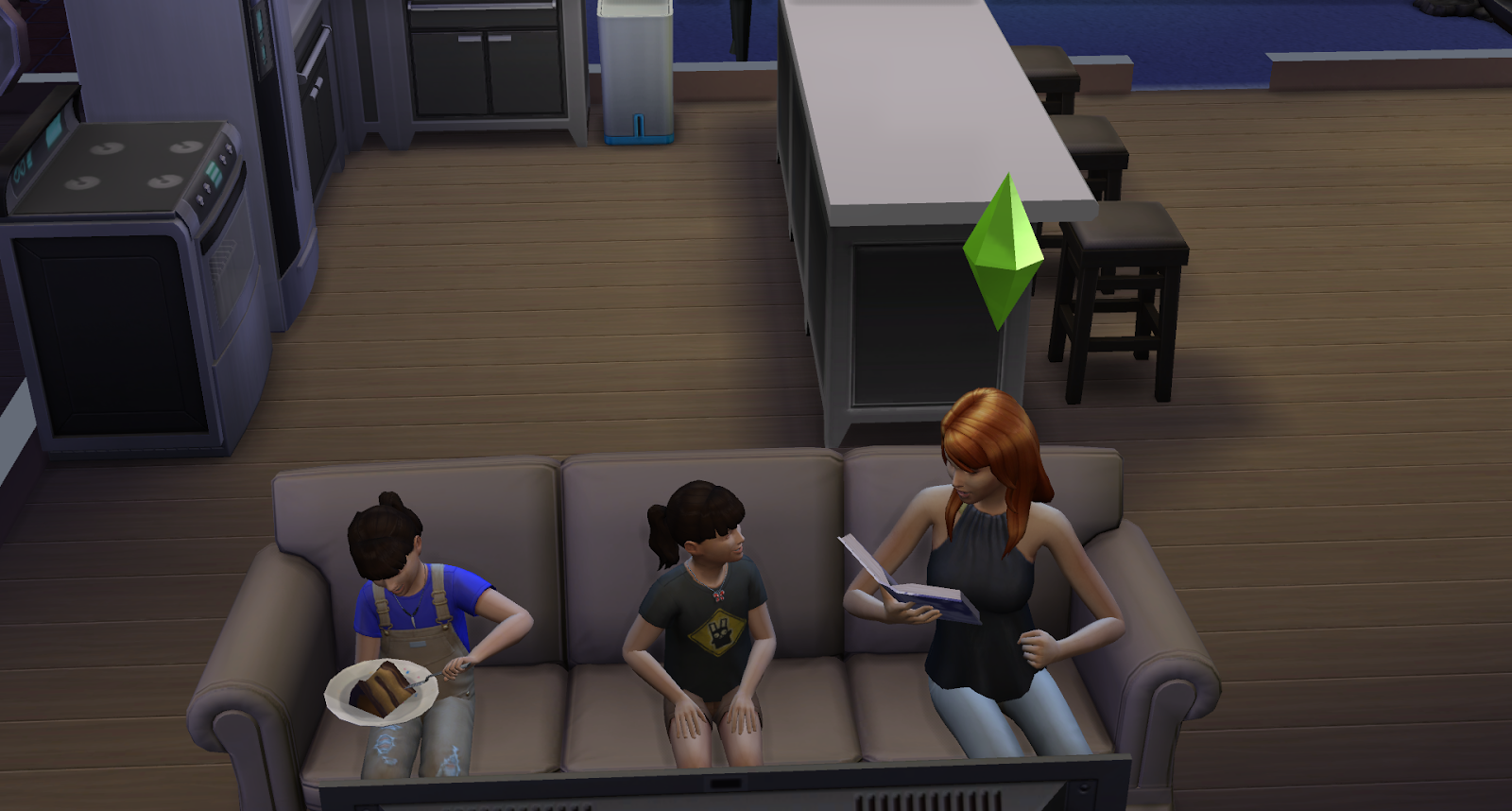 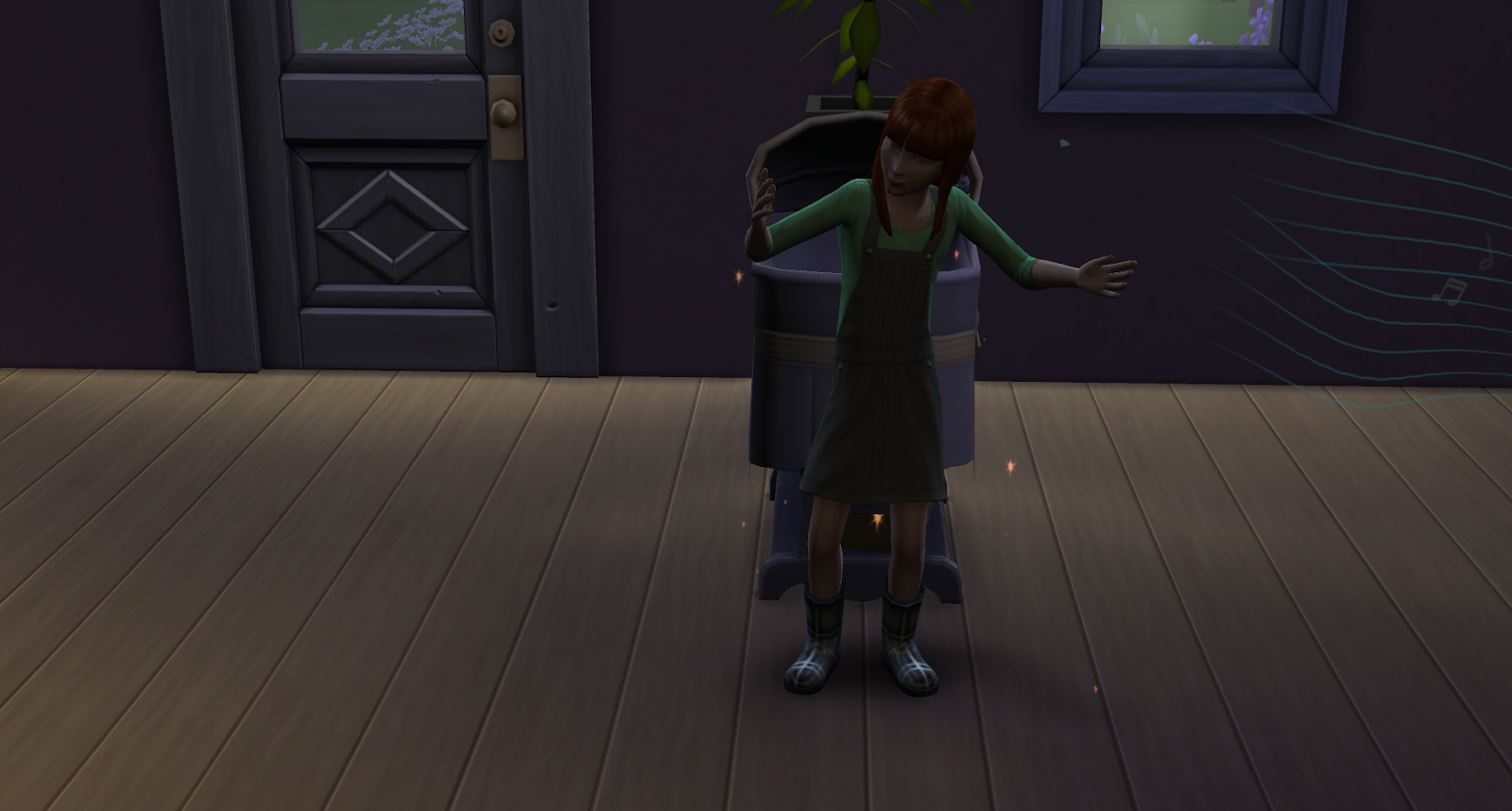 The lighting in this picture is awful but this is Terza popping out of her basinet. 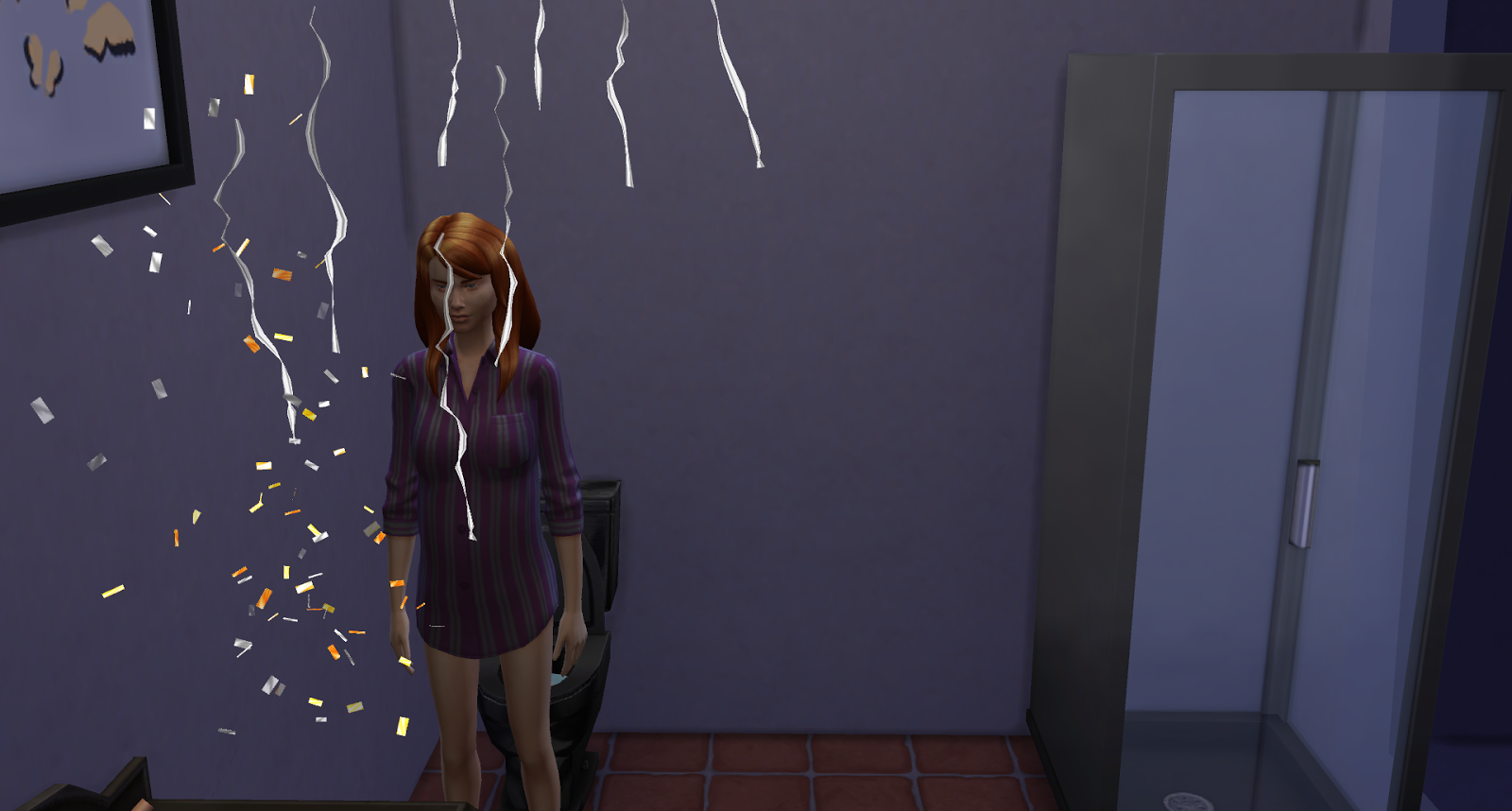 Riley pregnant for the 4th time, she doesn't look pleased. 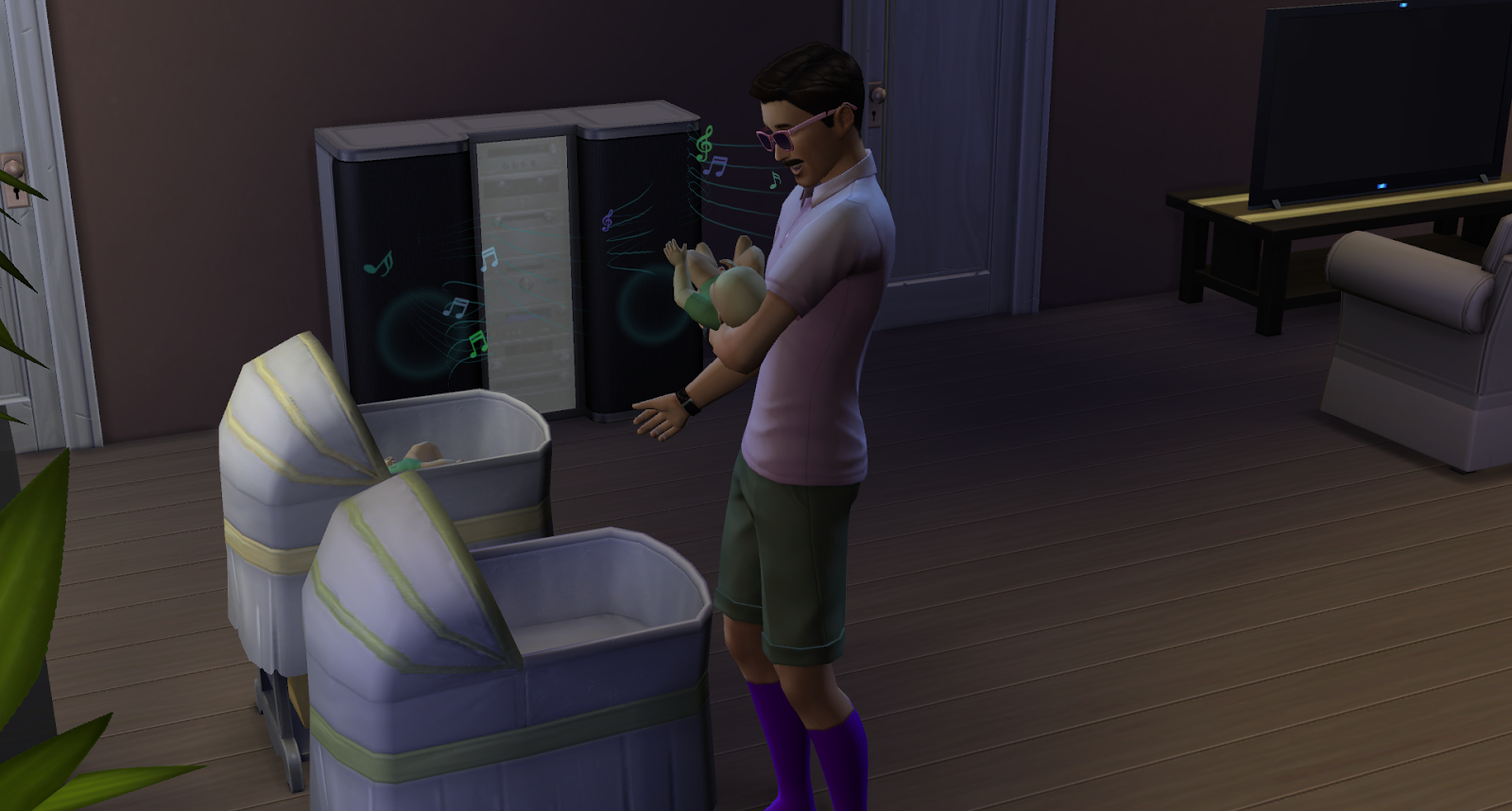 Dad taking care of Quatre.  I had to move the basinets into the living room. 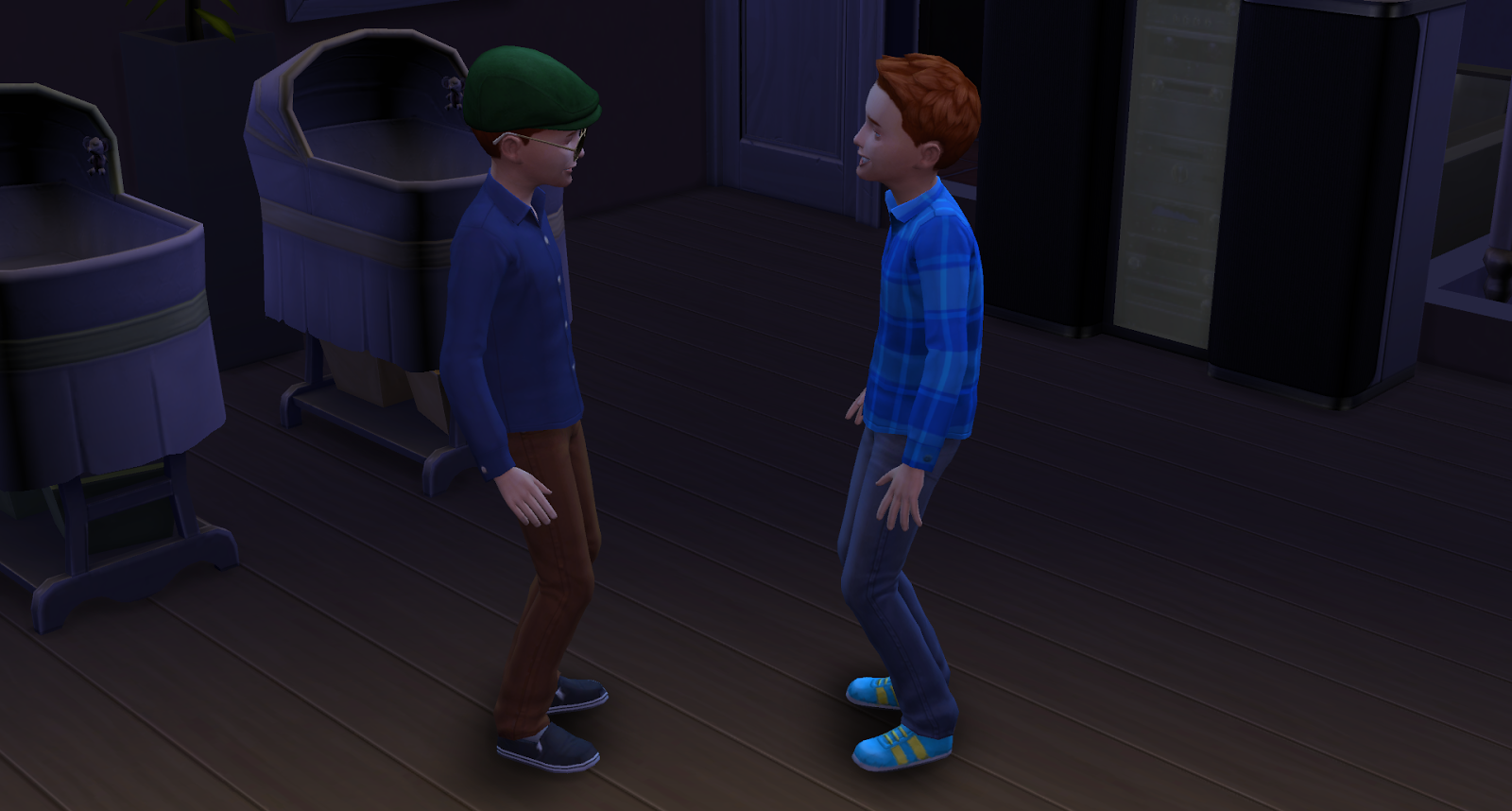 Quintus and Quatre right after aging up. I bought a second art table since they both have the same aspiration.
Posted by Rainy at 8:34 AM