What are the points all about you ask?  The legacy scoring is finally done.  I had to re-do my spreadsheet that I was keeping track of points with.  I've got a score of 47!  Yay!  I guess I could be disappointed in myself since I am on generation 8 and nearly done with my legacy but I'm pretty proud of my score.  My boys have been sick so I haven't played much today so this might be a little shorter than my usual posts.  Here is your update: 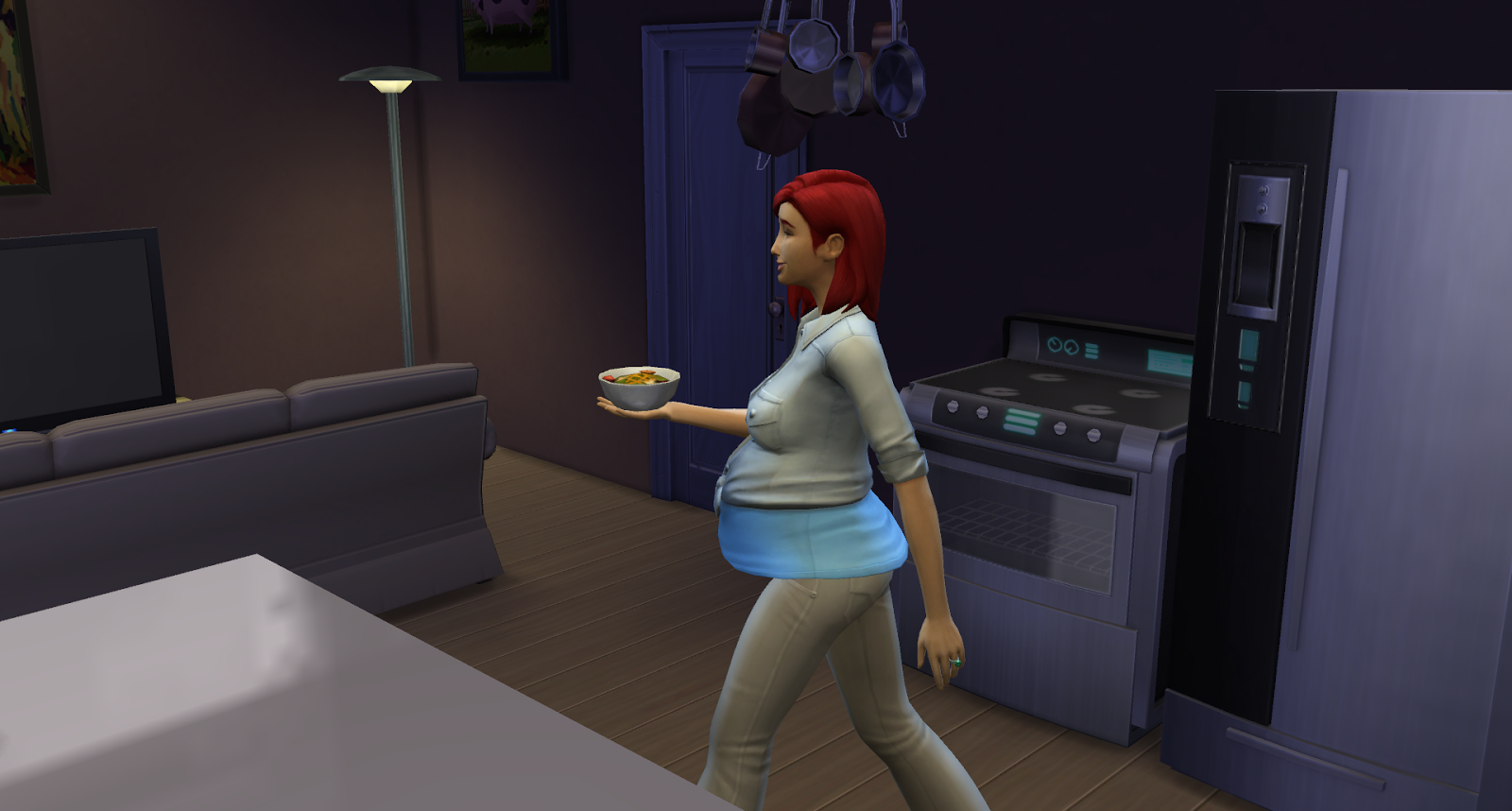 Annabeth in her 3rd trimester with Riley. 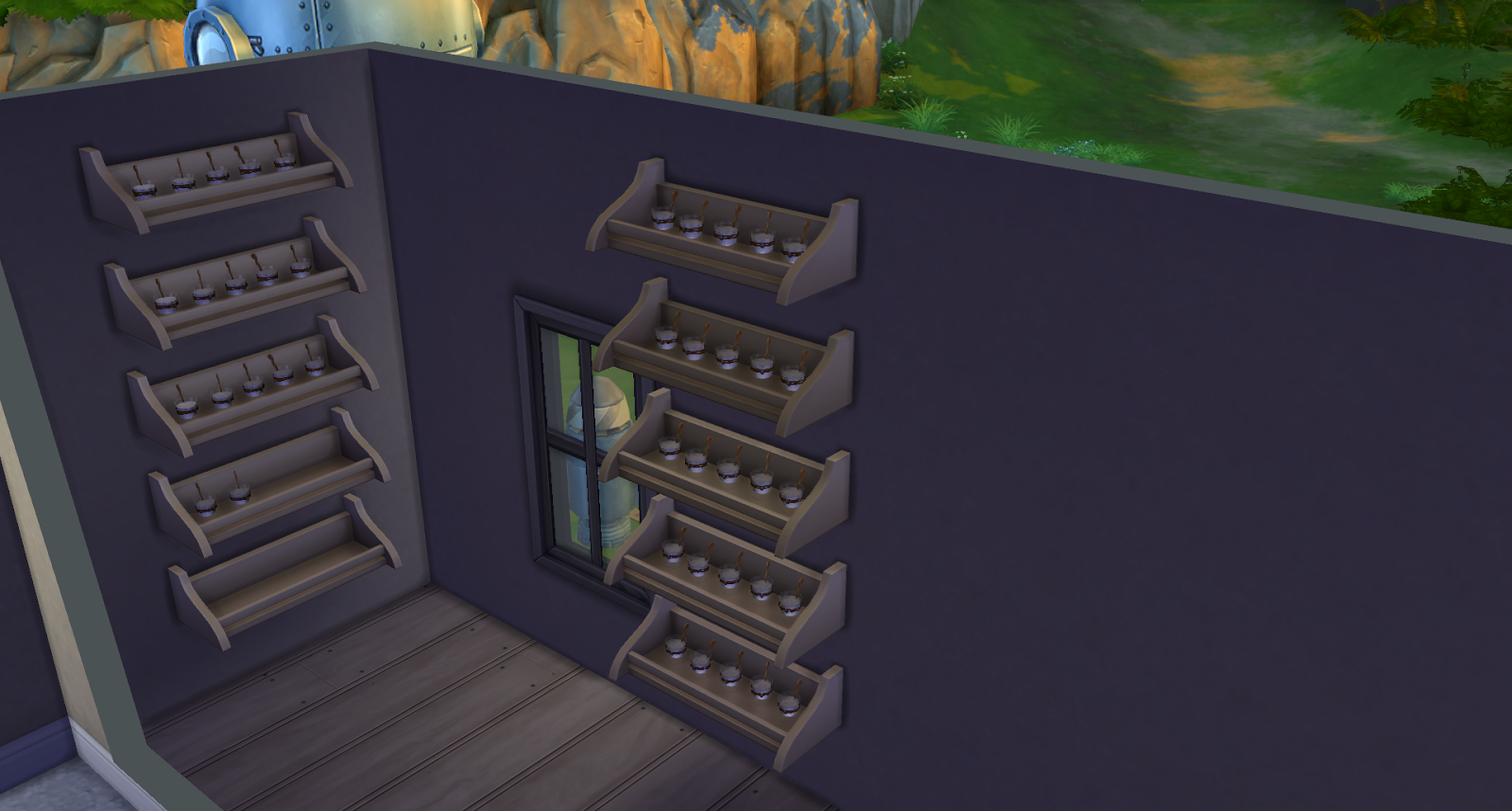 My potions of youth.  The shelves are full now giving me 50 and 9 points! 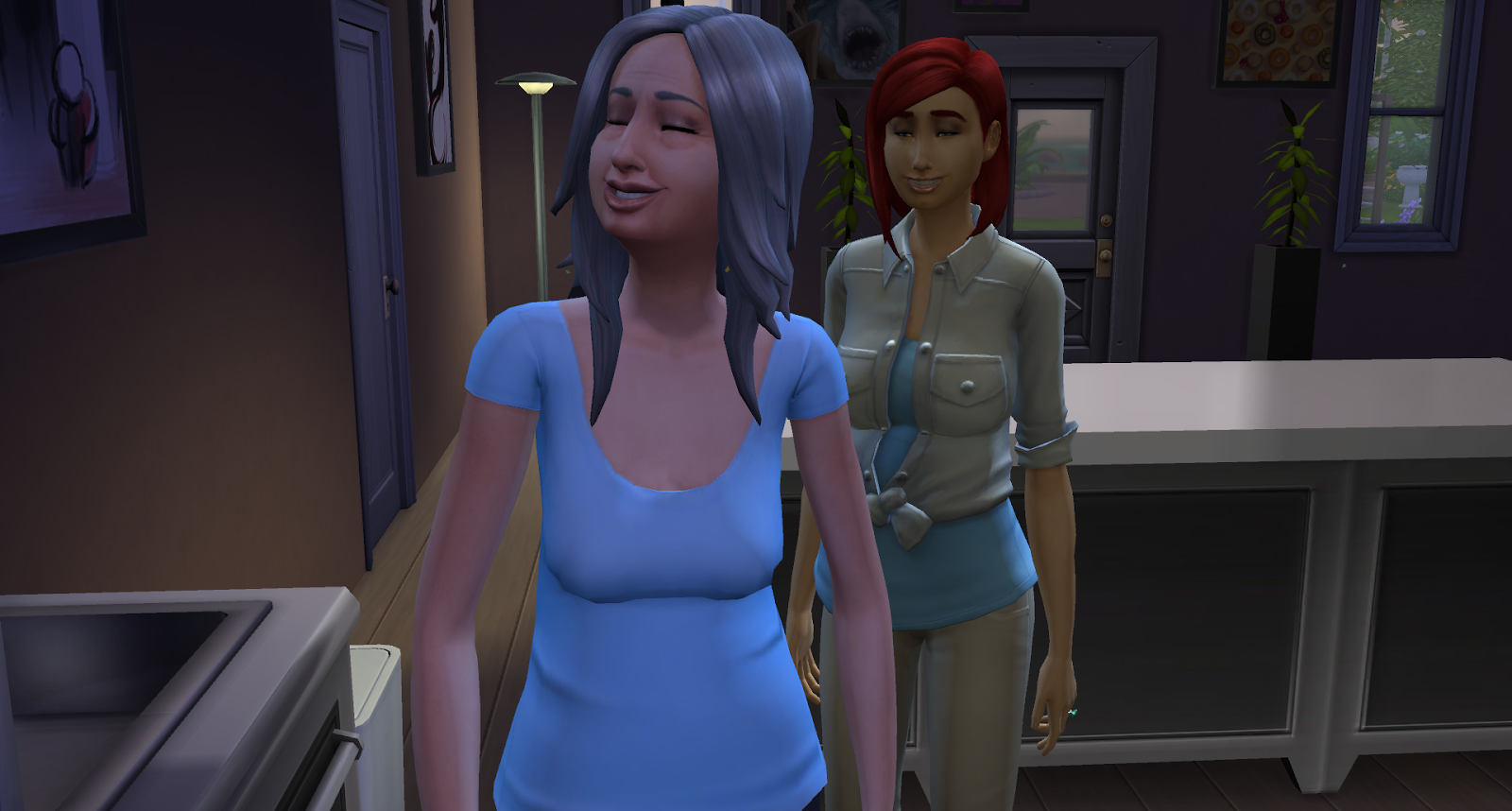 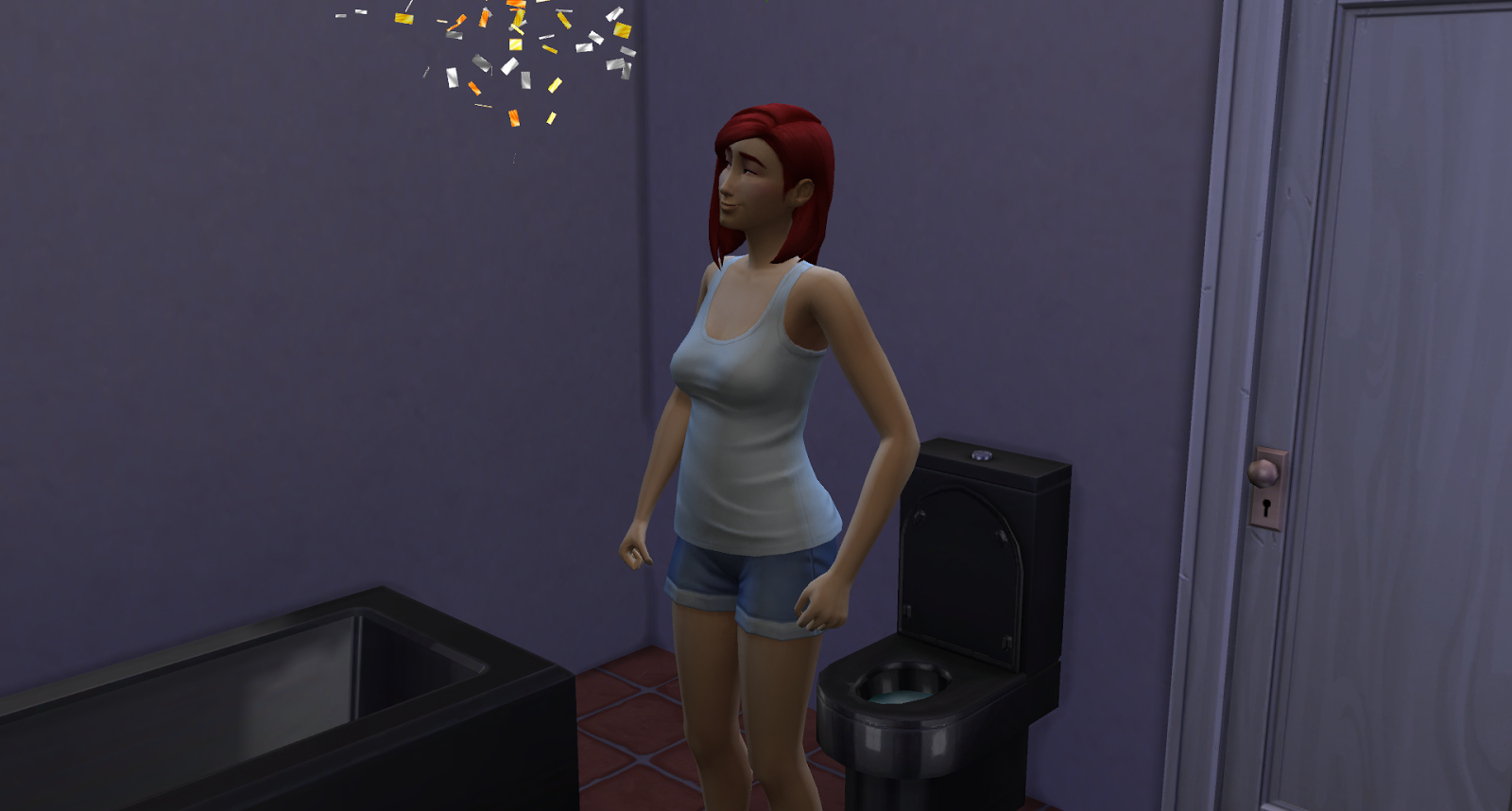 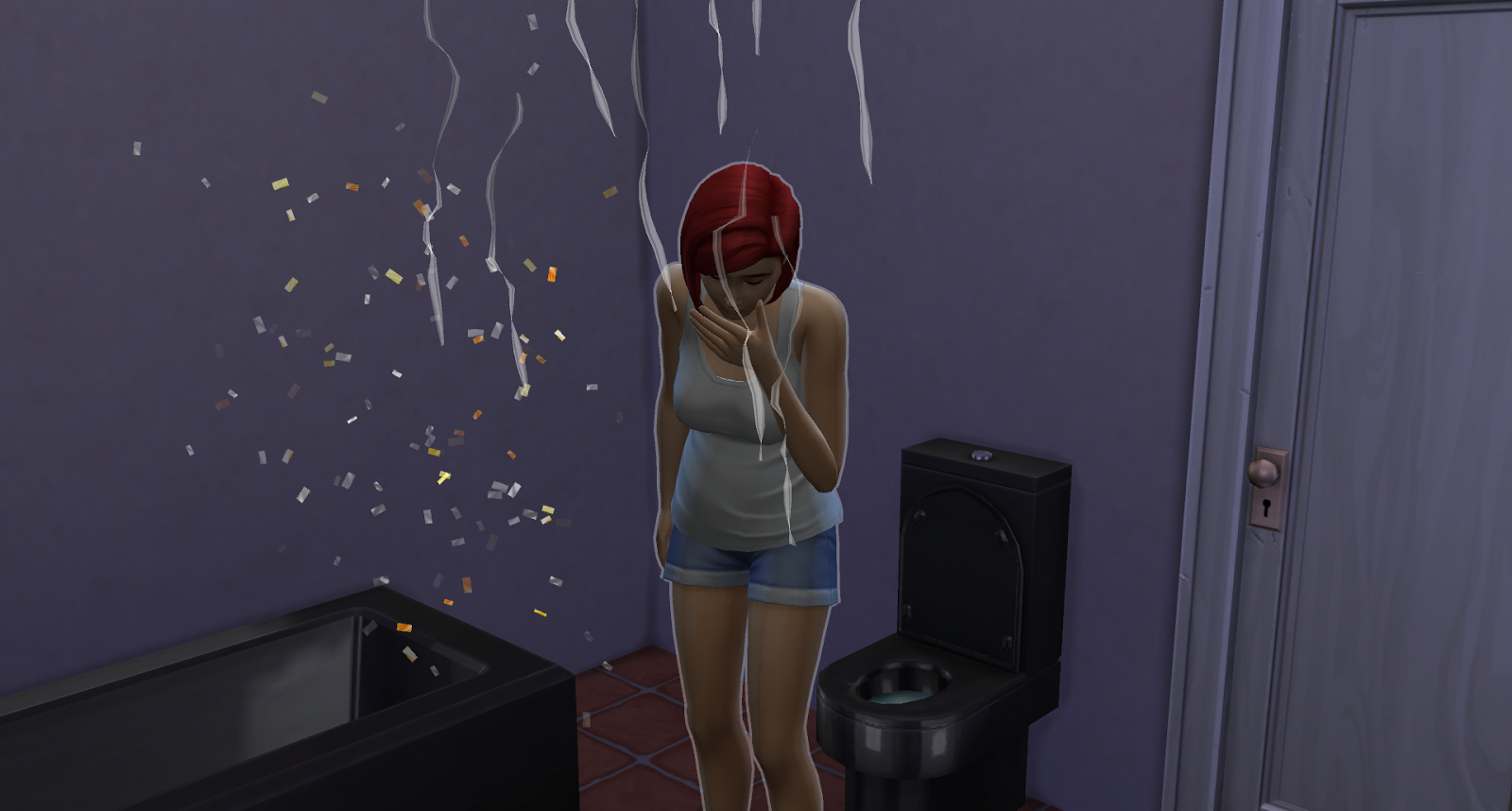 ...and gets morning sickness right away! 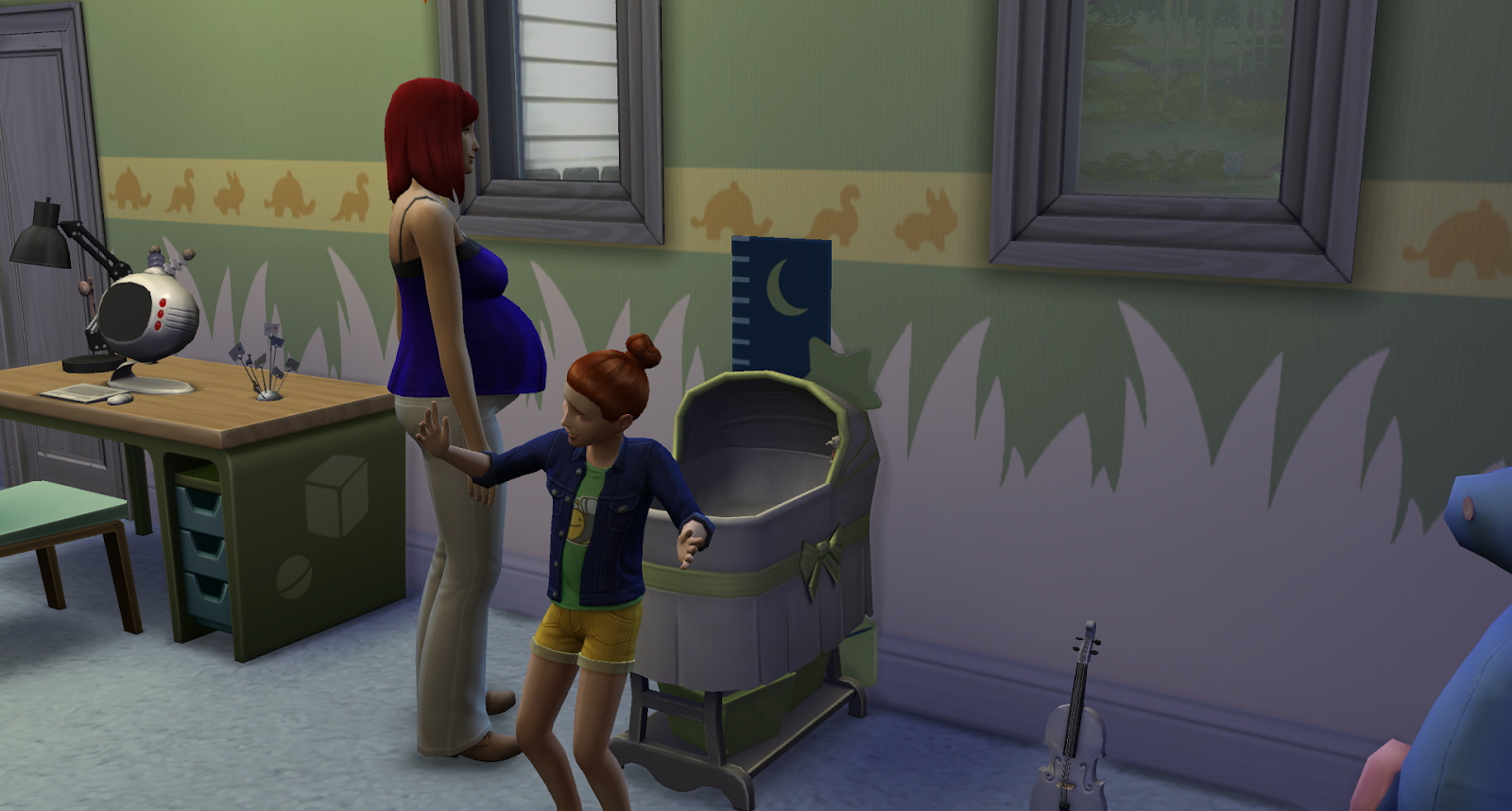 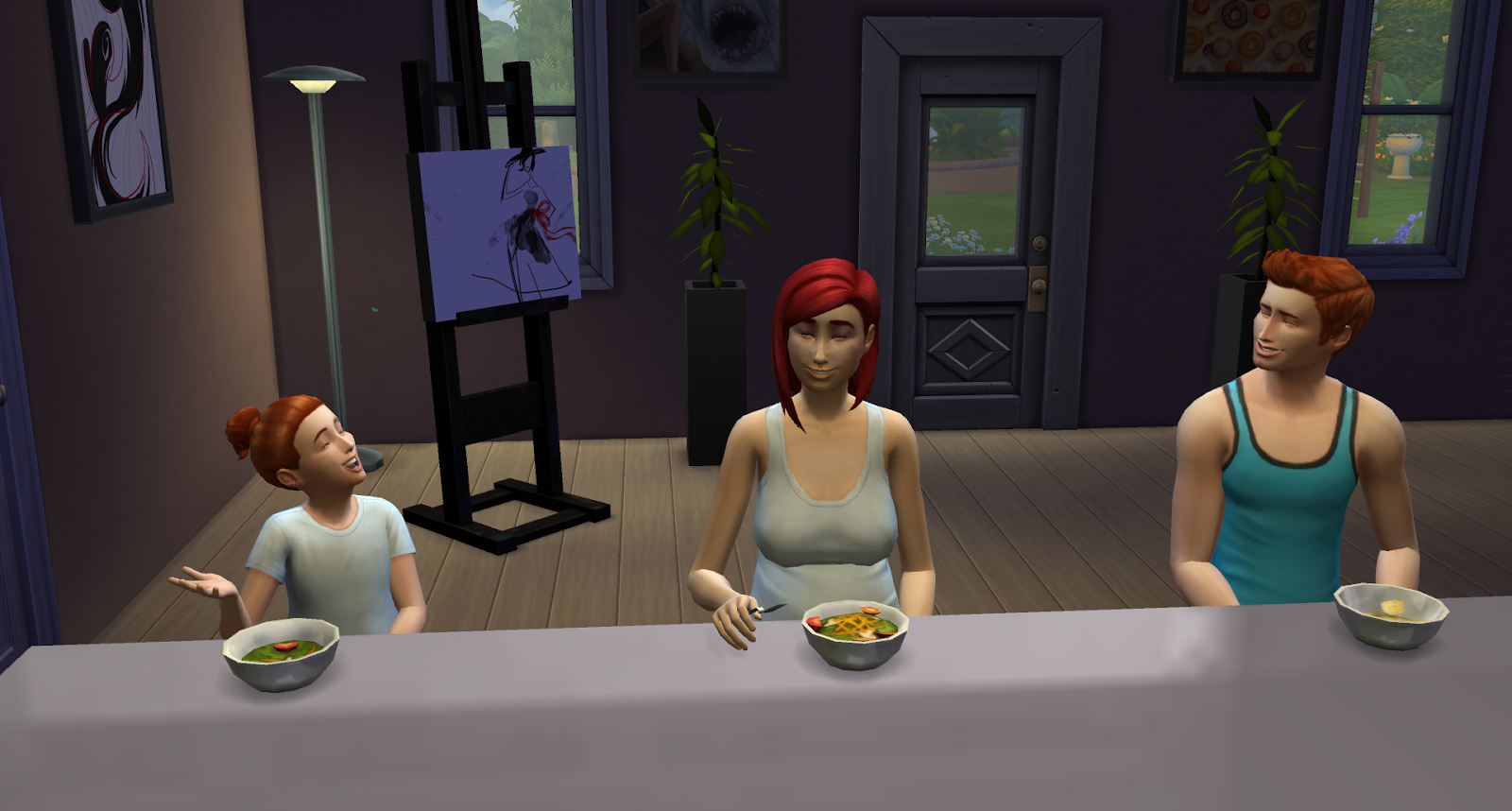 Riley, Isabel and Gabriel having some family time together. Riley completing part of her aspiration: play on jungle gym while playful.
I love the look on her face! 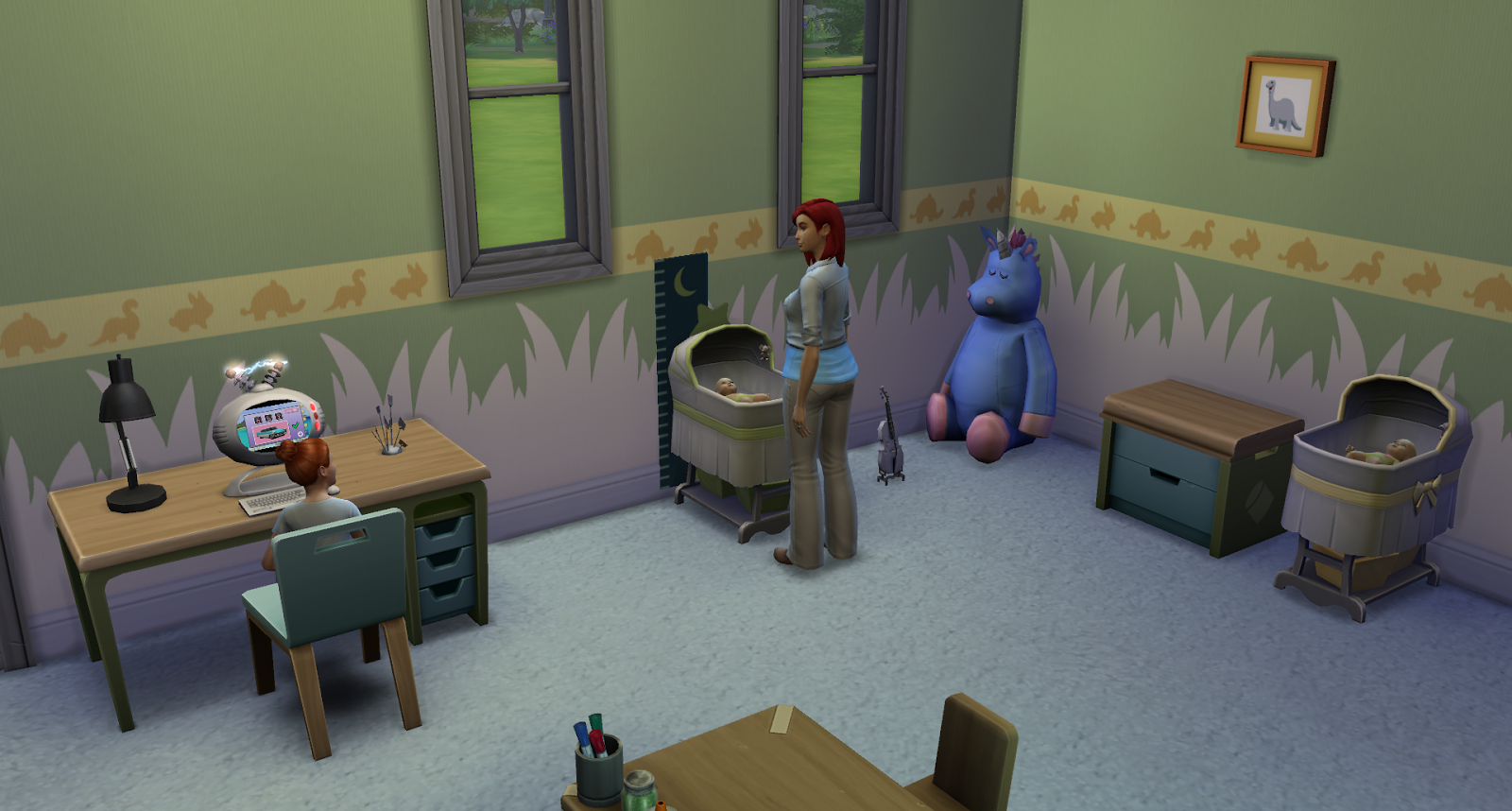 Riley plays on the computer while Annabeth is shocked over the new twins.
Posted by Rainy at 5:21 PM