When we left off Lyla was tired, hungry and low on fun.  The rules of the challenge restrict you to not building until you have the simoleans for it.  I've been waiting for the bills to come because of all the landscaping I did to the lot to make it 10x10 before I build as well.  So she went to bed hungry. She woke up in even worse shape and the cowplant was hungry.  Don't eat the cake Lyla!  She gotes to the park but there's no food.  $32 to grill hotdogs seems like quite a lot! After her meal she got all the collectables in the area and was off to the gym for a shower and a nap on the couch there again.  She woke up needeing fun and social so she invited Rez to the park for some chess. 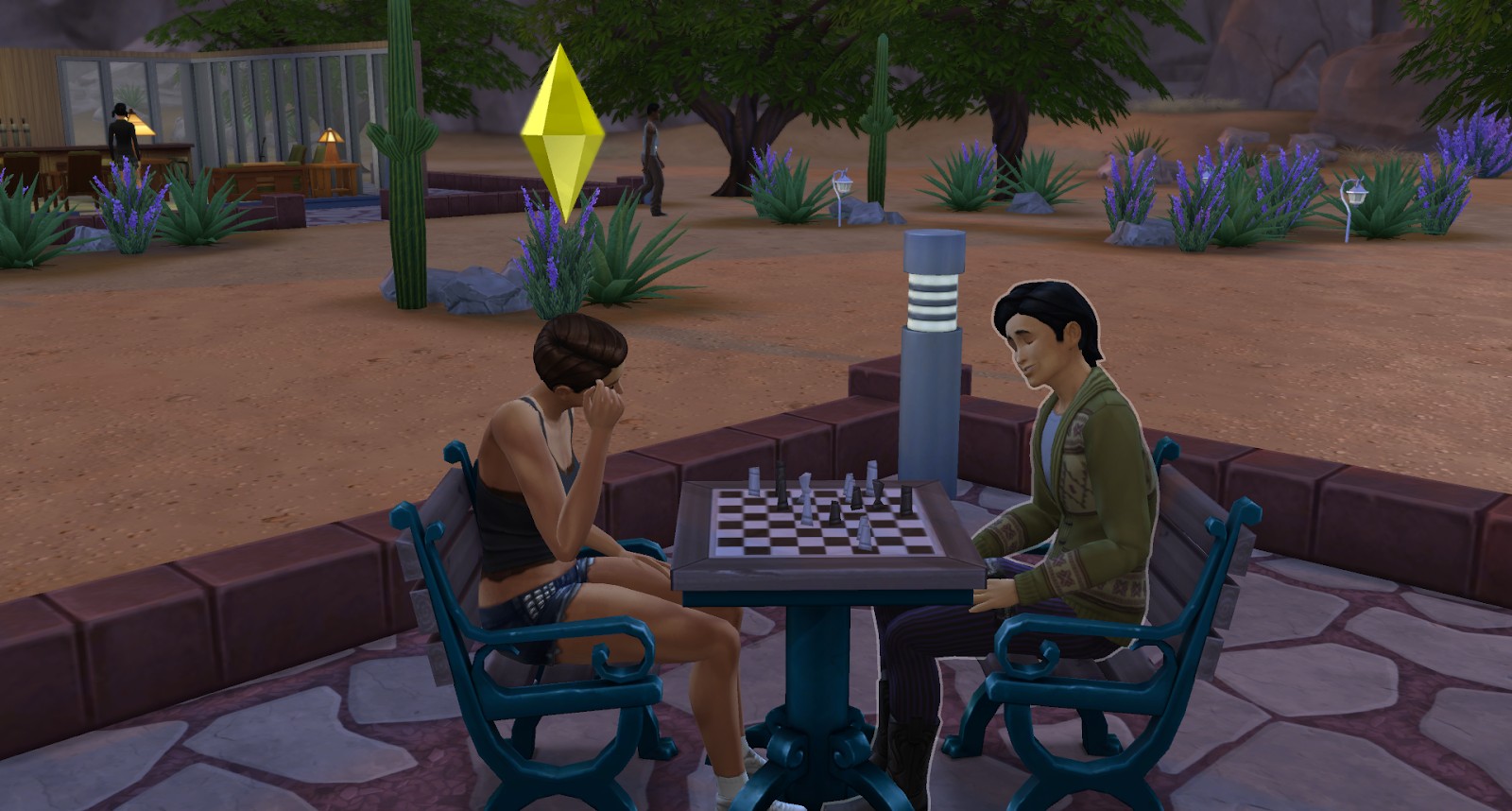 Then back to the lot to feed the cowplant and get some sleep.  She woke up in the morning and was off to the park.  She really needs to get her own bathroom!  She also found some hotdogs then collected everything there.  She went back to her lot and collected everything around there too, fished for a bit and then was off to the gym for the bathroom.  All in all a pretty boring day.  Then the next day after all the worrying the bills come and they are only $194.00!  Time to build!  So I sold the last 2 days worth of gatherings and she had $5,192 to build with! I think the rules need changed.  They say "1 living, 1 bath, 1 bedroom" but isn't a kitchen more important?  I managed to build a little house within those restrictions and had $232 left.  Too bad what Lyla needed was food and social.  She can get social from her phone now, that restriction is lifted now that she has a house.  I send her to the park and she finds some tofu dogs.  She gathers everything at the park and heads home.  She watches some tv to fill her fun. 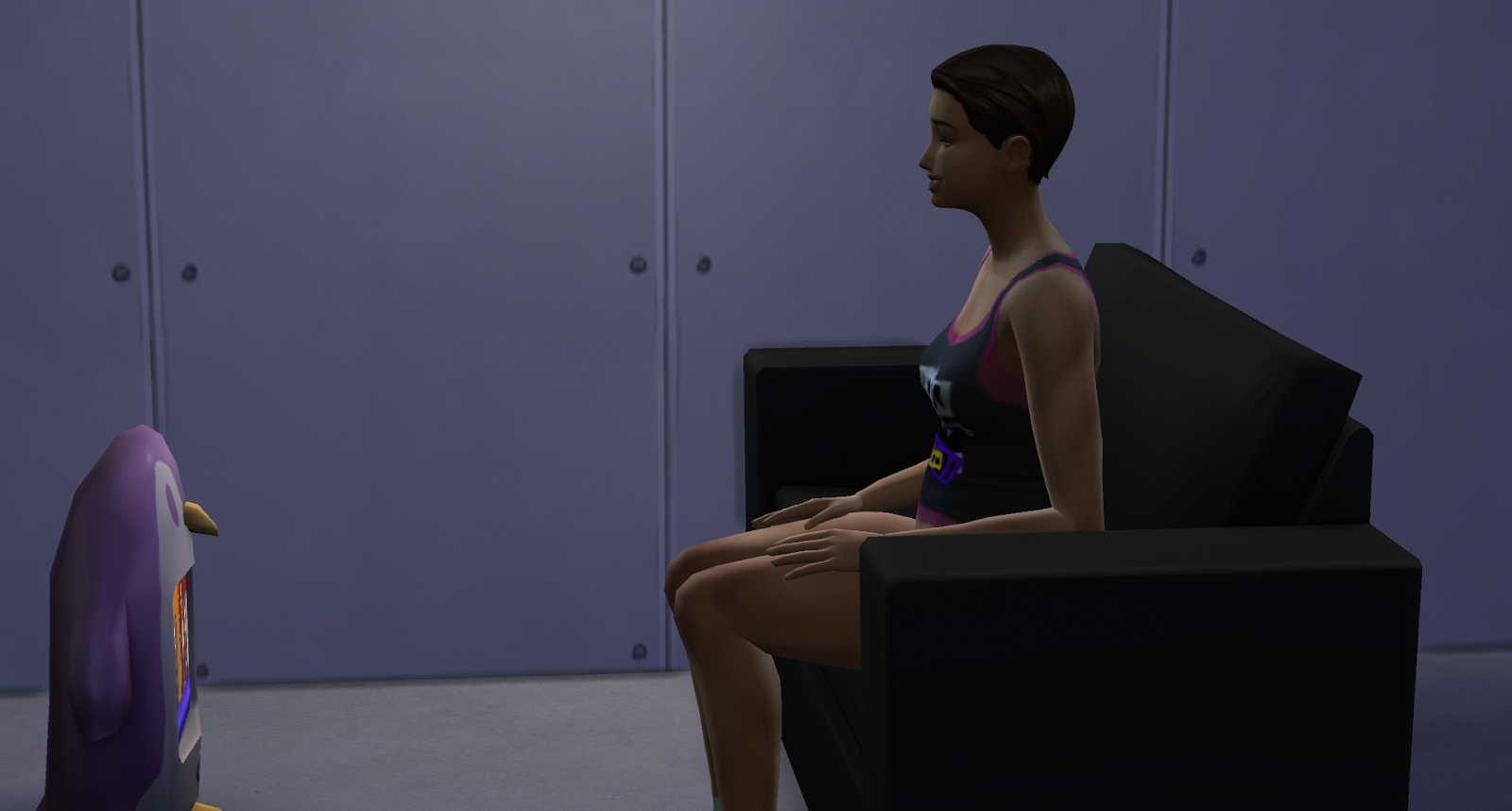 Then she was off to gather around the lot.  After the day of gathering she can finally afford to buy a cheap fridge. 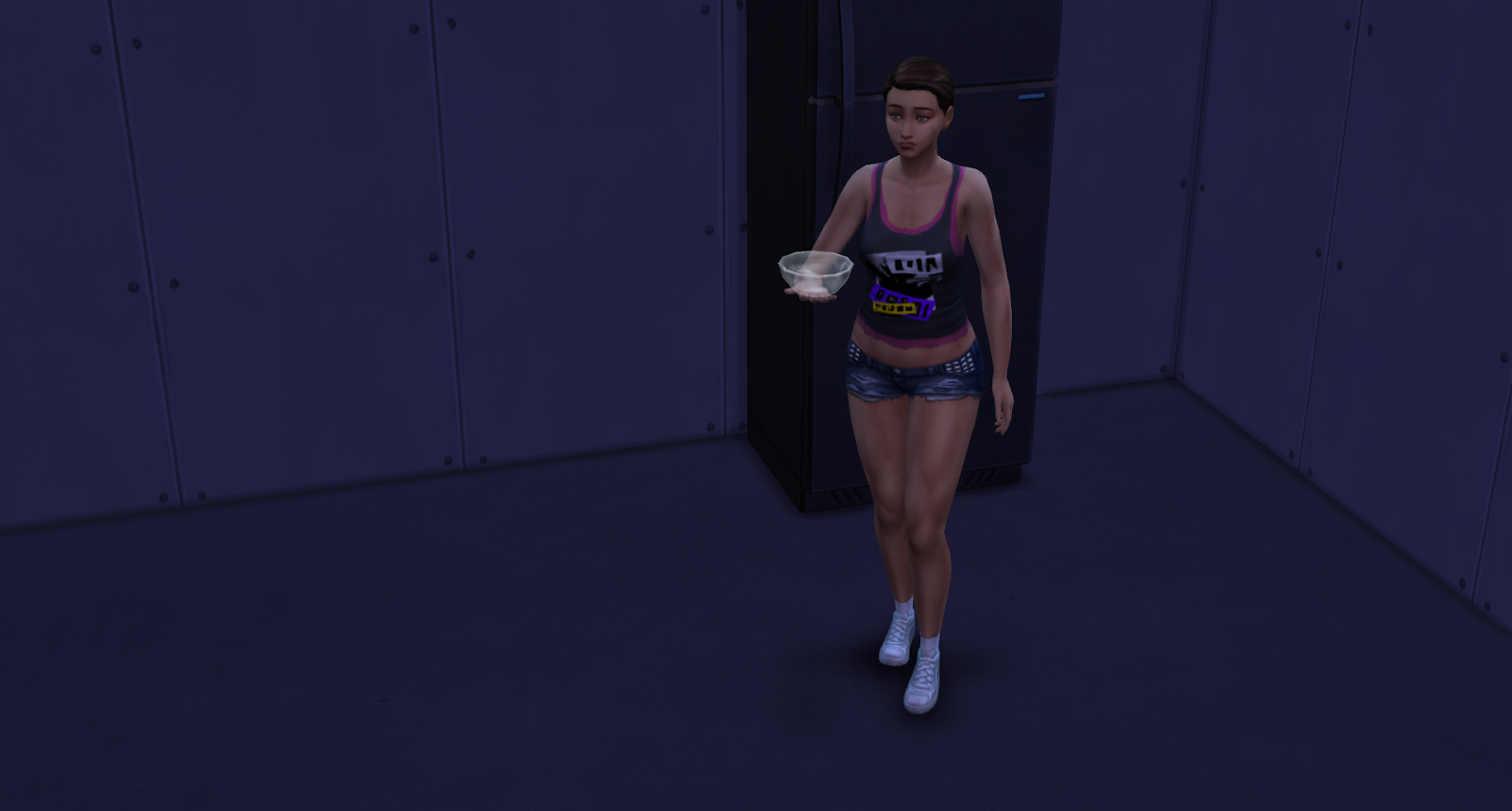 The next morning, although it still has options to feed, pet and play with it looks like the cowplant died.  I am so sad.