Since I haven't had much interest in The Sims 4 lately I decided to try another challenge.  I attempted the 100 baby challenge in The Sims 3 but lost files and couldn't continue.  I decided, once again, to name this just "Baby Challenge" because I really don't know if I can manage to get up to 100!  Although the new school tasks are easier.  I'm not sure when that changed since I haven't been playing The Sims for around 2 months.

My matriarch is Raina Knox.  On her first day she met Don Lothario while he was jogging by her house.  She chatted outside with him until some old lady joined the conversation and she called him inside.  It took 2 tries to get pregnant.  Since Raina is a serial romantic she asked Don to be her boyfriend and they went on a date.  A couple days later Raina gave birth to twin girls Beth and Rosa.
Not realizing that the school requirements had changed I had them start working on all their skills right away.

The next day Raina met Ronan Donaldson outside of her house as well.  After coming in he was nice enough to help with the babies.  He took a lot more coaxing than Don did but Raina managed to get pregnant the first try this time.  She had twins again.  I'm wondering if this is a game bug?  Twin boys named Reece and Rusty.  The same day that Reece and Rusty aged up to children Beth and Rosa got A's in school and so were aged up to teenagers.  My problem now is not having enough room in the house for more children.  I've got to figure that out.  Since she can't have a job Raina paints for simoleans.  Sorry for the lack of pictures, I'm still getting used to playing TS4 again. Raina outside of her house the first day.
I forgot to write down the house creator from the gallery. 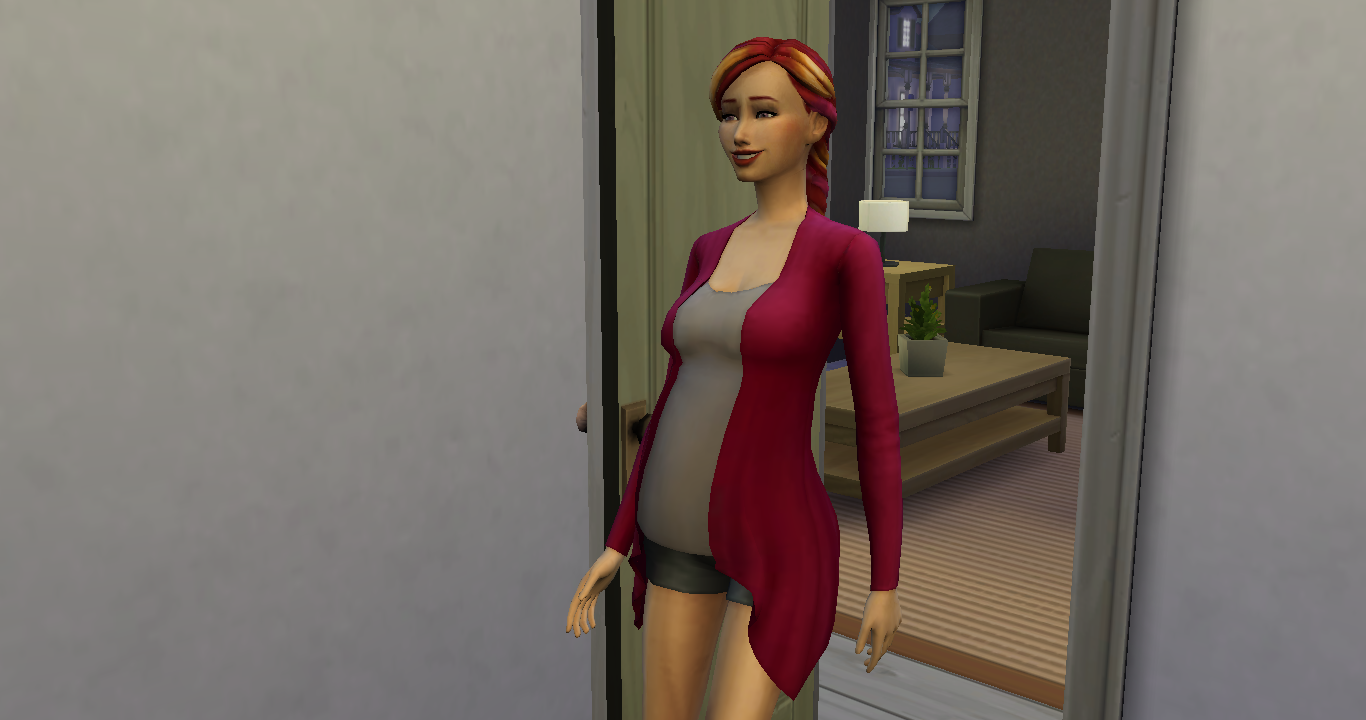 Raina in her 3rd trimester with Beth and Rosa. 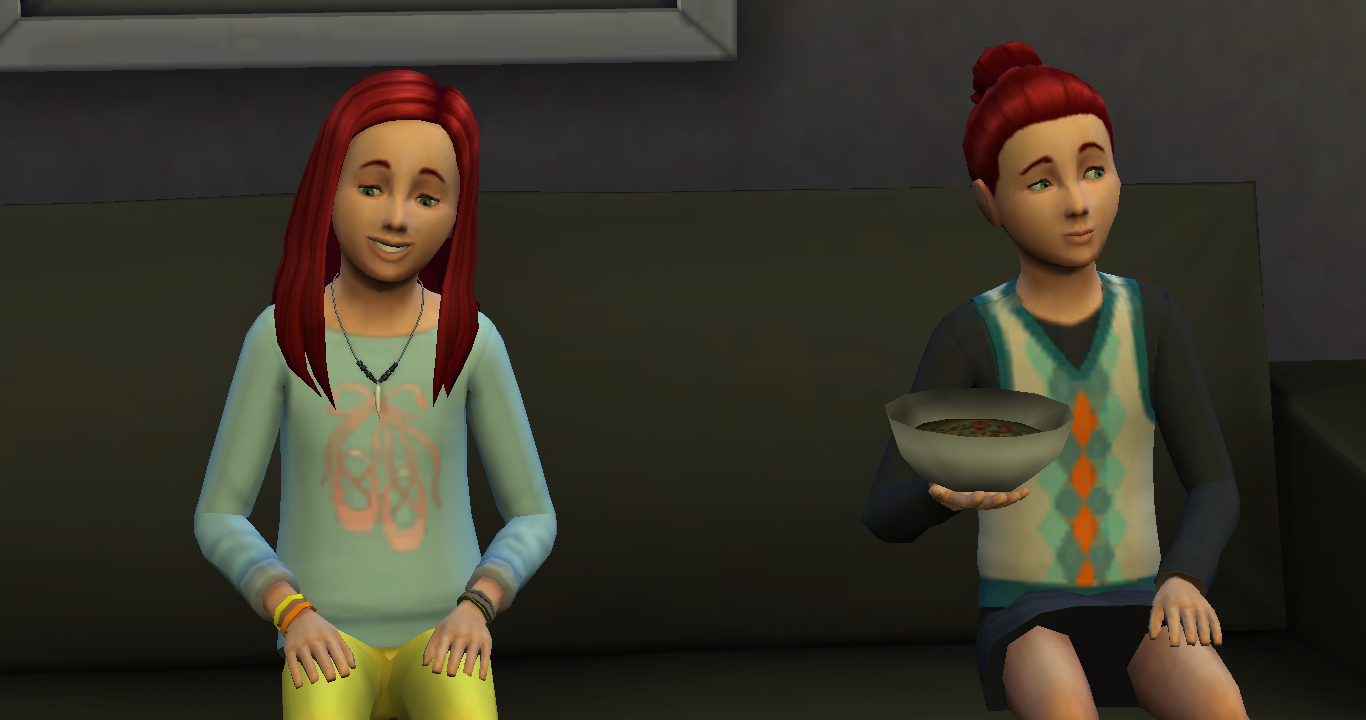 Beth and Rosa right after aging up. 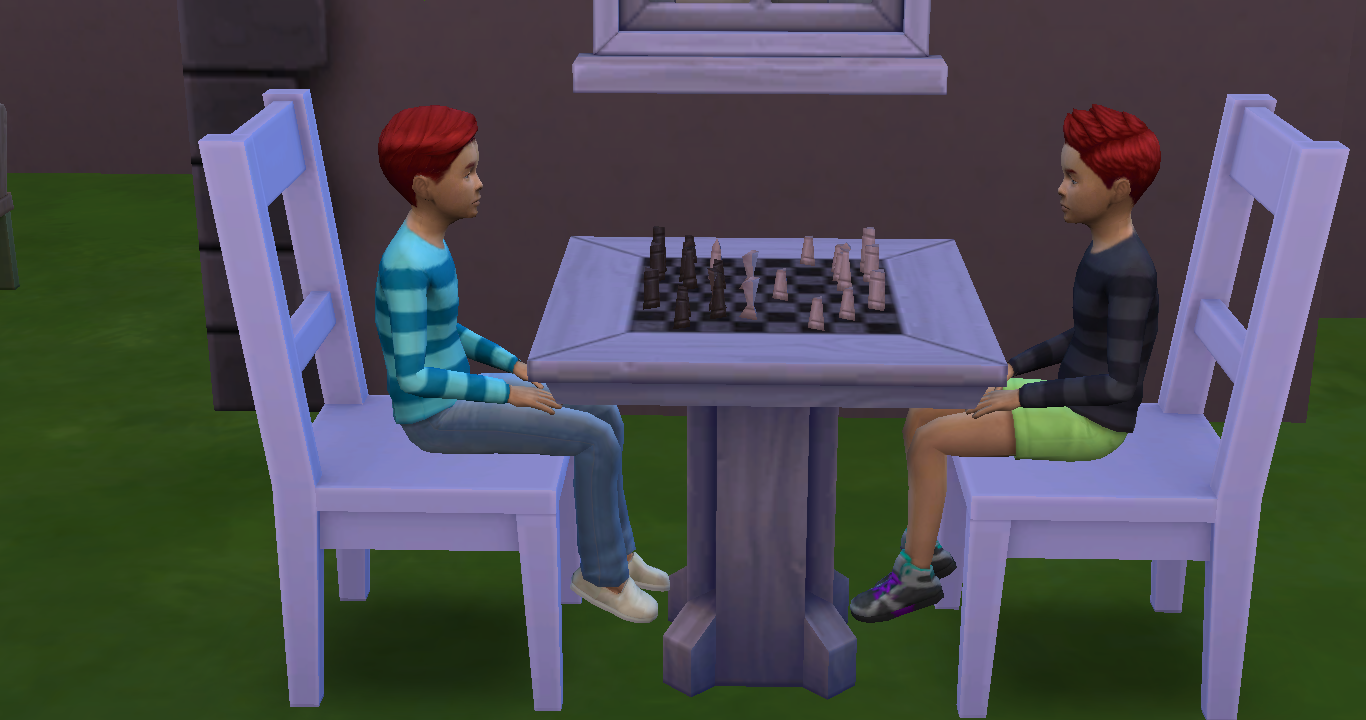 Reece and Rusty right after aging up.
Posted by Rainy at 9:43 AM