In my last post the first set of twins Beth and Rosa had gotten A's and moved out of the house.  I've been playing a lot so a lot has happened since then.  First Reece got an A and moved out then 2 days later his twin Rusty got an A and moved out.  I was sad to see my only boys go.  2 more sets of twins were born, all girls.  Their names are Carla, Mae, Kim and Karlie.  Ada and Lillie (the babies from the last post) got A's and moved out.  Raina is now 2 days from aging up to adult and is pregnant again.  So far she has met all of the father's as they walk by the house.  It's pretty funny actually.  The last time I just stood her outside by the sidewalk until a guy walked by.  He was an elder and a bit pudgy but a man's a man.  LOL  Other than taking care of twins the hardest part of this challenge is getting the high schoolers to an A.  I swear it must have been a fluke with the first set of twins because they got A's their first day in high school and none of the others have.  The twin boys were a little weird.  I couldn't get Rusty's skill up to 3.  Sorry this post is a little all over the place but I've played a lot since the previous post. 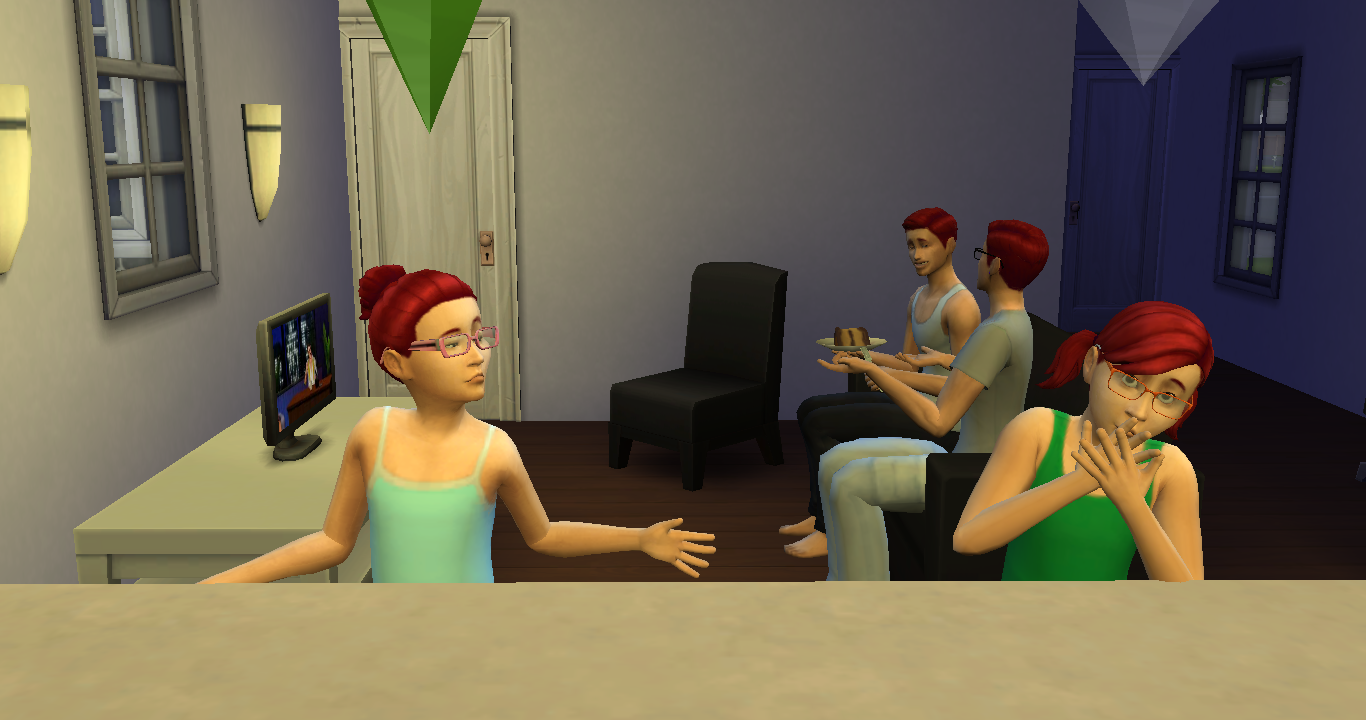 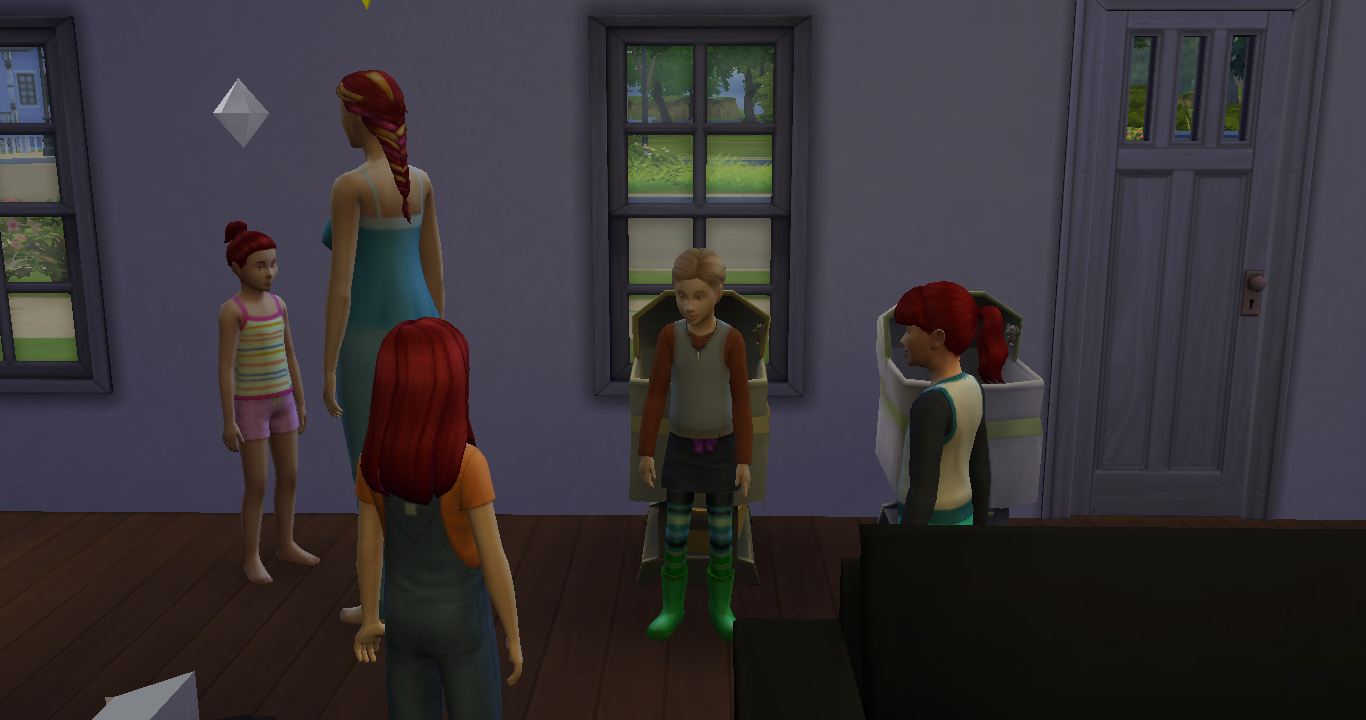