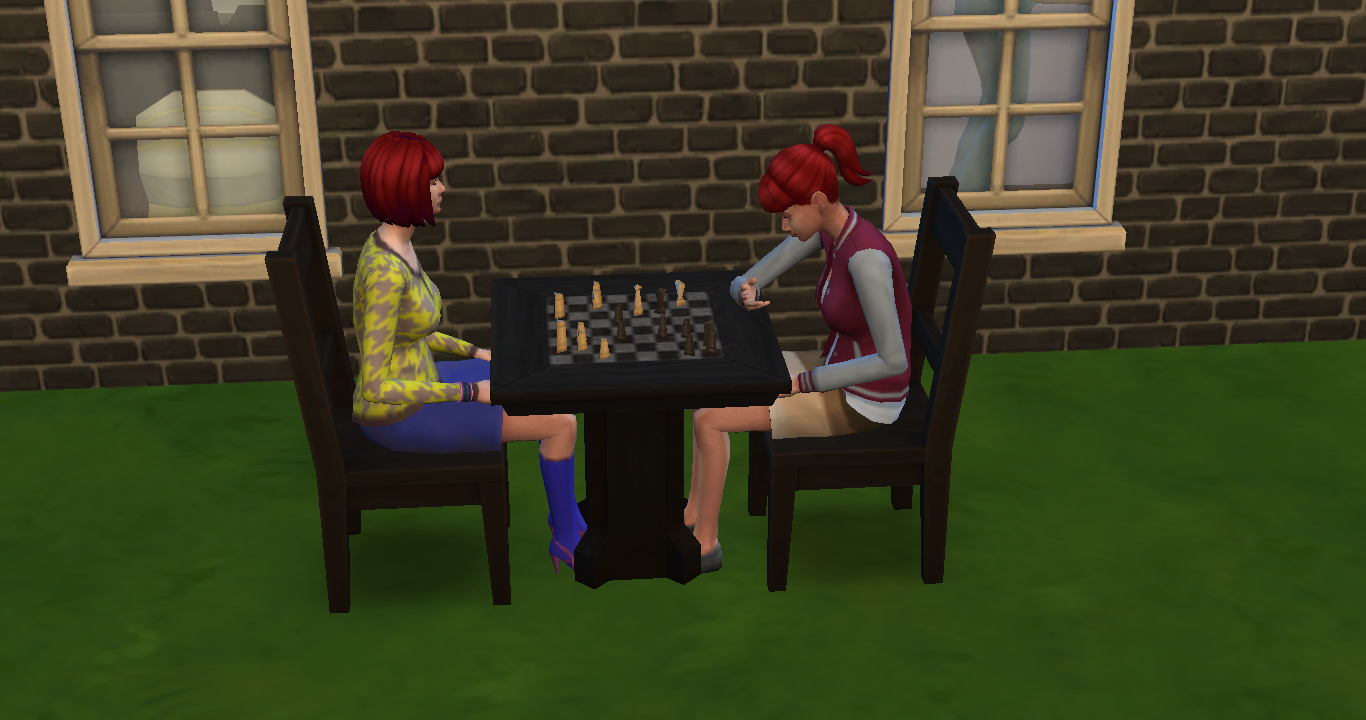 pic: Carla and Mae working on logic.  They moved out the next day.  The same day Raina gave birth to Robi and aged up to adult.  Raina flagged down yet another elder Lucian Corona and got pregnant again.  She purchases the fertile award. 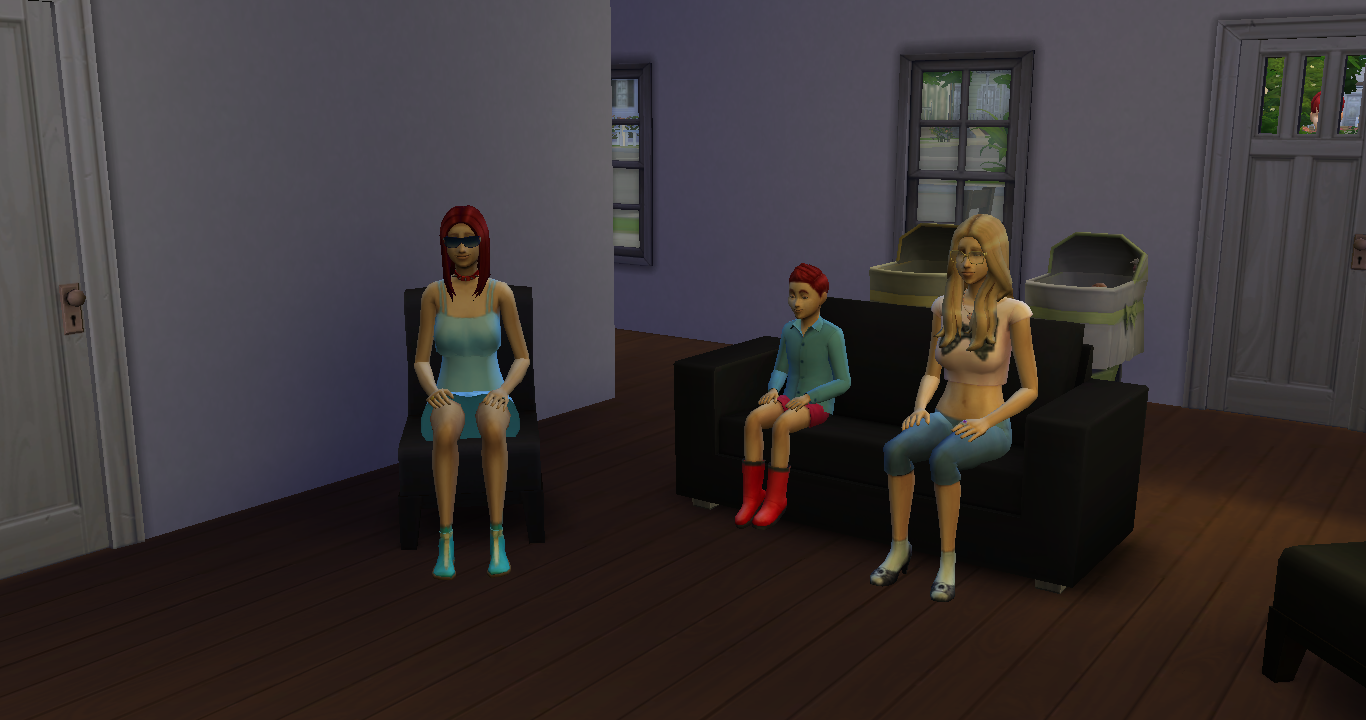 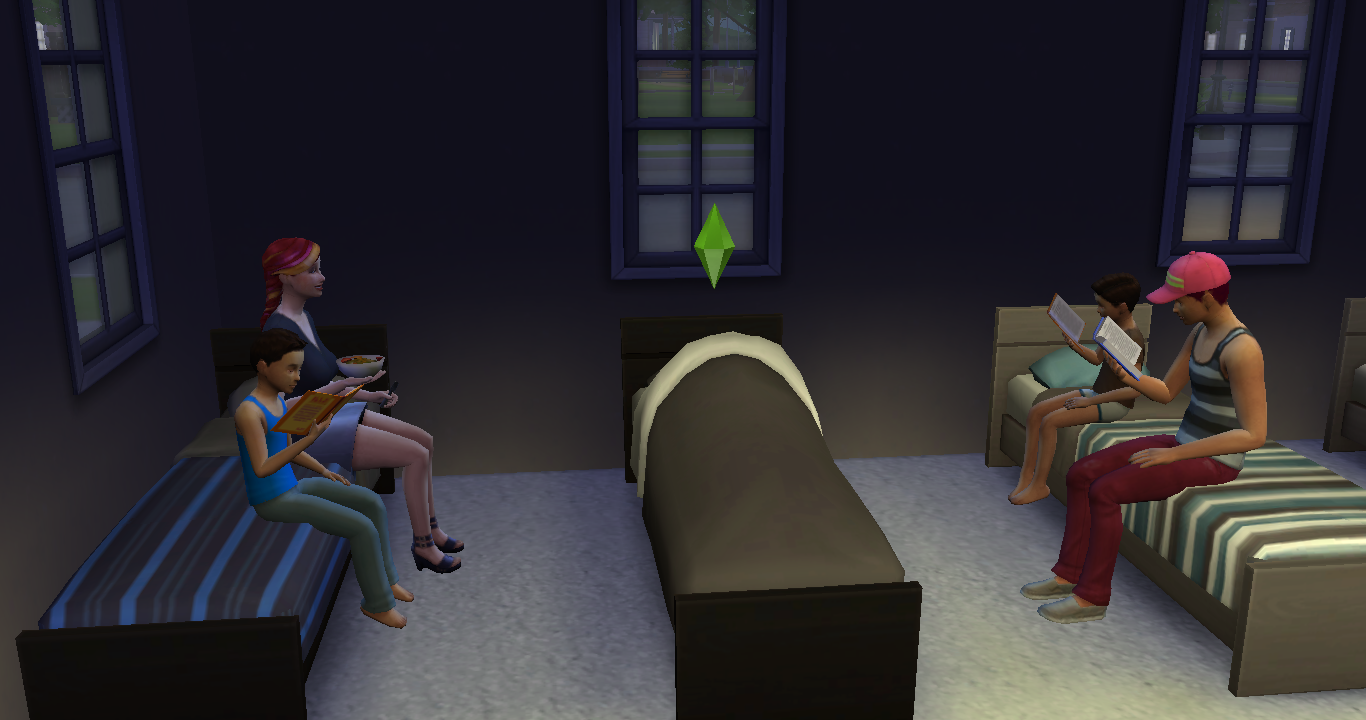 pic: Tevin, Mom, Karlie (sleeping), Aron and Robi.  Notice that Tevin and Aron got the 1st black hair since the challenge started. 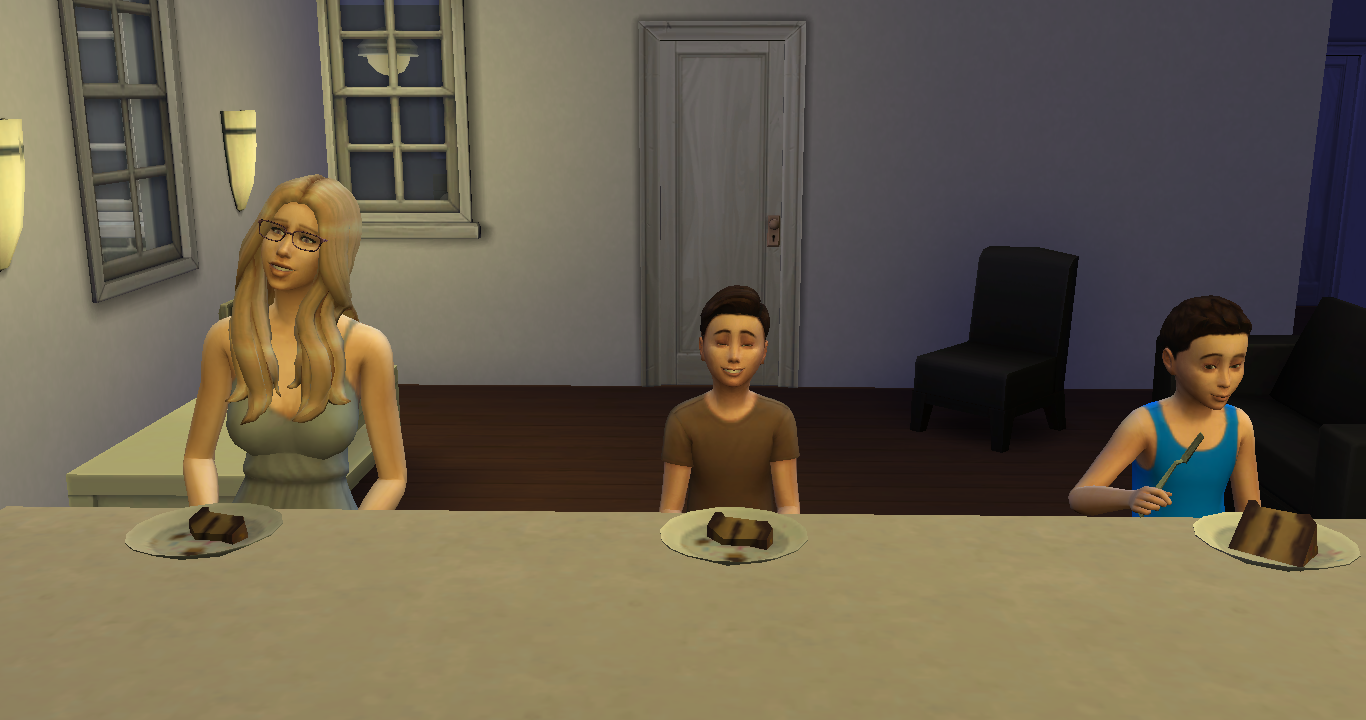 pic: Karlie, Aron and Tevin.  Raina gets preggo again by Josiah Spears.  Karlie tries to cook and sets the house on fire.  Mom puts out the fire and I install sprinklers.  Robi got an A in school and moved out.  Raina had twin girls Emma and Kristyn.  Now that she is not the youngest girl anymore Karlie moves out.  I'll miss her help with the babies.  Raina has 11 days until she's an elder and has now given birth to 18 children.
Posted by Rainy at 8:56 PM