TS4 Baby Challenge- After 50 It All Goes Downhill

Kaci finally gets enough reward points for the Beguiling trait.  If you've never gotten this trait before believe me it is well worth it for this challenge.  One shot of the arrow and the other sim is in a flirty mood.

Daisy ages to child and Kaci still hasn't met any men that aren't related to her.  It's very frustrating.  Finally I went on the gallery under hashtag legacyloves and picked out the Bachelor family.  Kaci visits them and brings Alex home and she's pregnant in no time.

After the twins birth Kaci visits the Bachelor household again and meets Matthew outside.  She brings him home and gets pregnant on the 1st try. 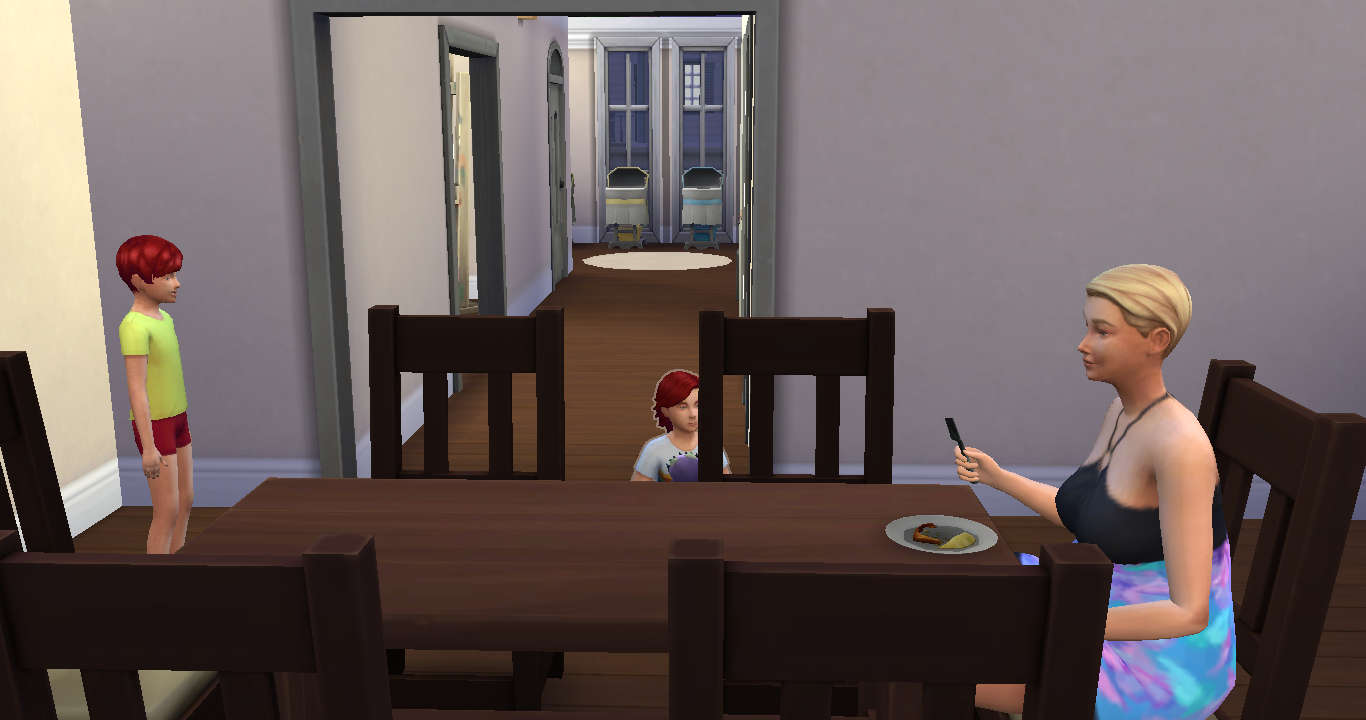 pic: Daisy eating while chatting with Leo and Liam.  Look at that red hair!

Kaci gives birth to a boy Wade. He's number 50!  I had originally thought of stopping at 50 and now am wishing I would have planned to.

Daisy gets an A in school and moves out.  I realize after she moves out that she was the only girl and I should have kept her until another girl was born.  Opps!

Kaci meets elder Ralph Canty as he walks by the house.  He was a pain in the butt, he kept trying to leave after they went to the bedroom to try for baby.  Then it ended up taking 2 tries to get pregnant. 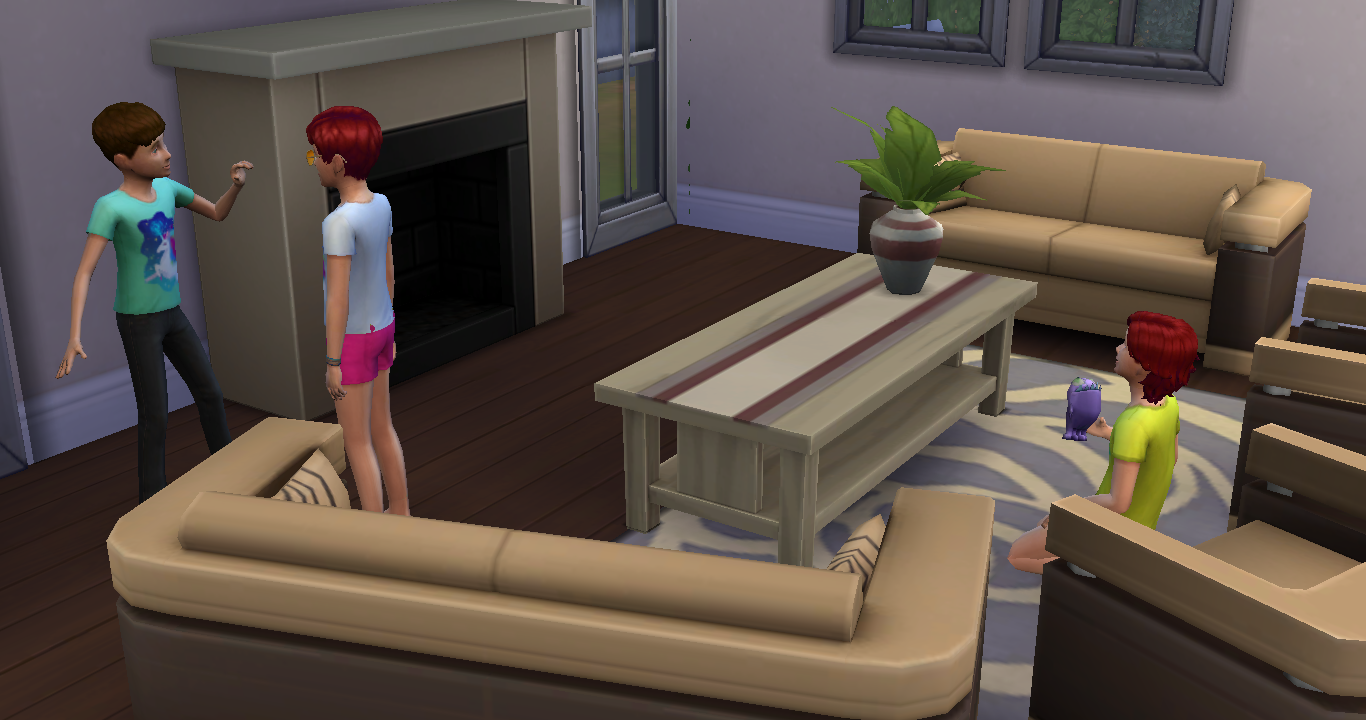 pic: Wade ages to child and uses his social skill on his poor brothers until he reaches 4.

The next day after more mixups of the guy wanting to leave Kaci is pregnant by Ramin DeLuca.  These guys are driving me nuts.

For some stupid reason Kaci keeps going upstairs and cooking on the bathroom counter despite there being tons of counterspace in the kitchen! 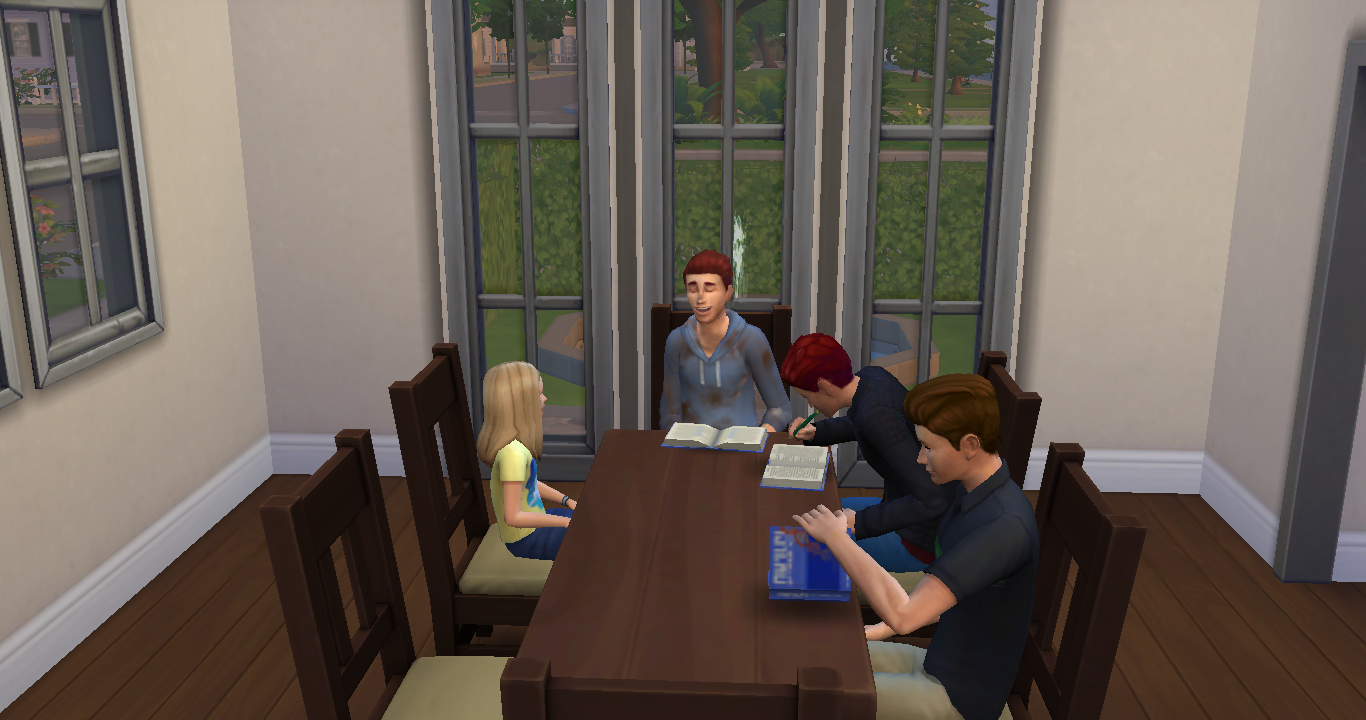 I haven't gotten Kaci pregnant again after Travis yet.  I'm thinking of taking a break from this challenge.  The idea of placing the Bachelors was ok but there's the loading screen there and then convincing one of them to go on a date back at the house and then another loading screen.  The guys she meets on the streets dissapear if she doesn't whoohoo with them right away.  It's not like in the early days of the challenge when the matriarch could meet lots of men and then call them over to the house when she needed them.  The homework and skilling up is also getting monotonous.  The count is up to 52 and as I said before I wish I would have made it a 50 baby challenge or something because I can't see myself getting to 100.