Since Emma aged to elder and there is nothing to do but wait for Kaci to age up it is very boring. 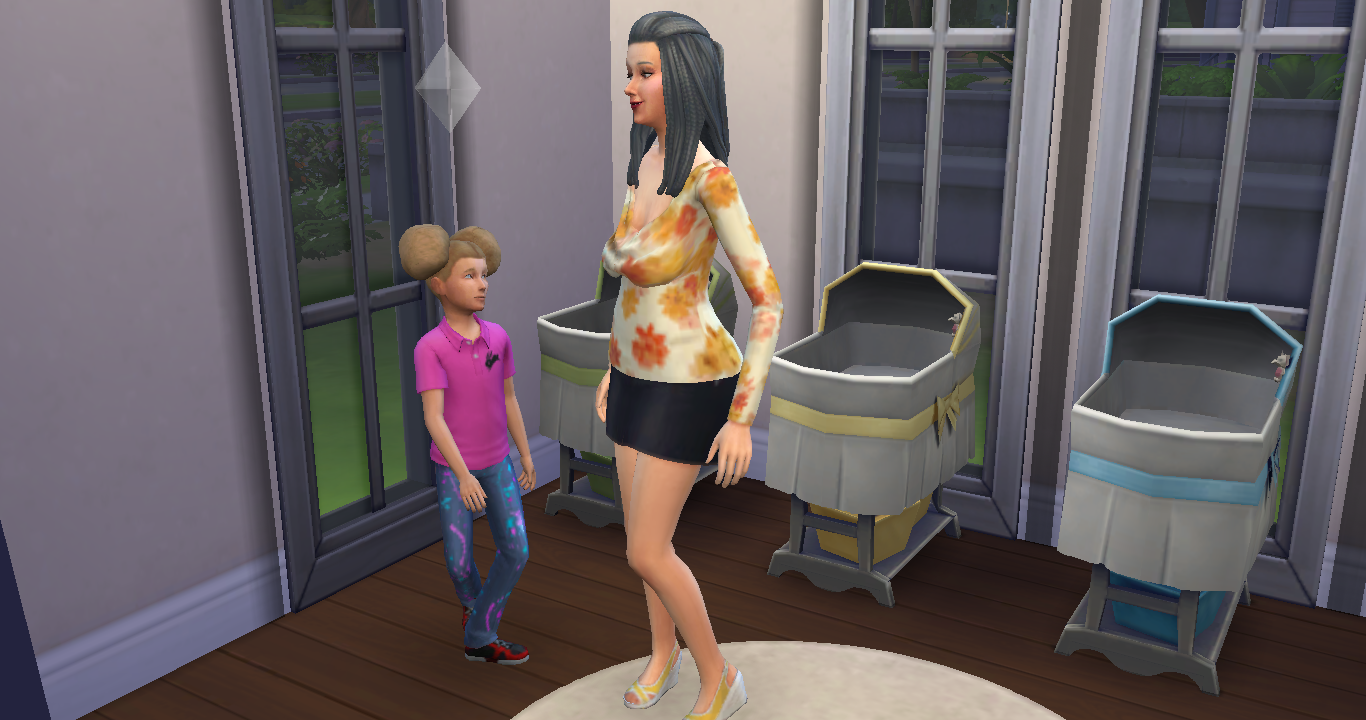 pic: Kaci after aging up.  She's blond!  Emma's last child ends up being the first without black hair.  I did change those stupid poofs to pony tails. 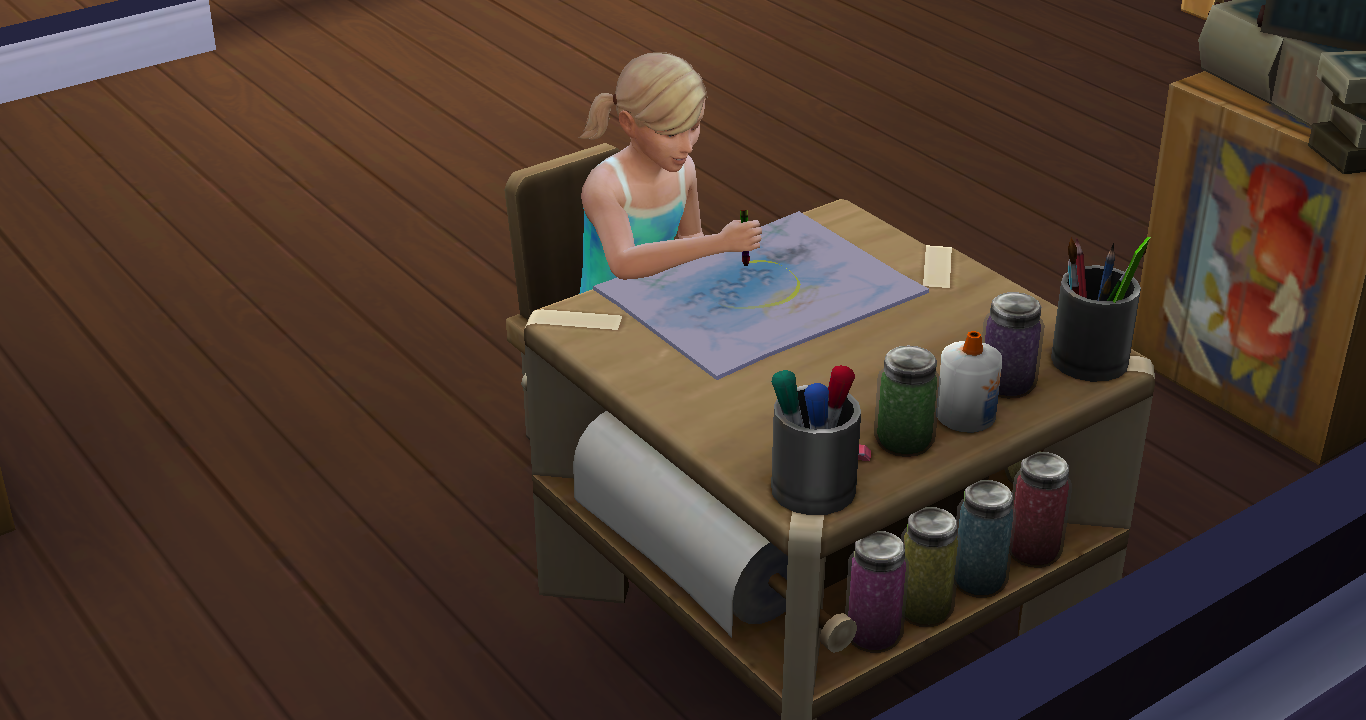 Kaci working on her aspiration.  She's the only child I've had work on it in this challenge.  I want her to get aspiration points to get the beguiling trait when she's older.

Lea got an A and moved out.

Over the weekend the teens worked on their skills for school and Kaci worked on and completed her Artistic Prodigy aspiration. 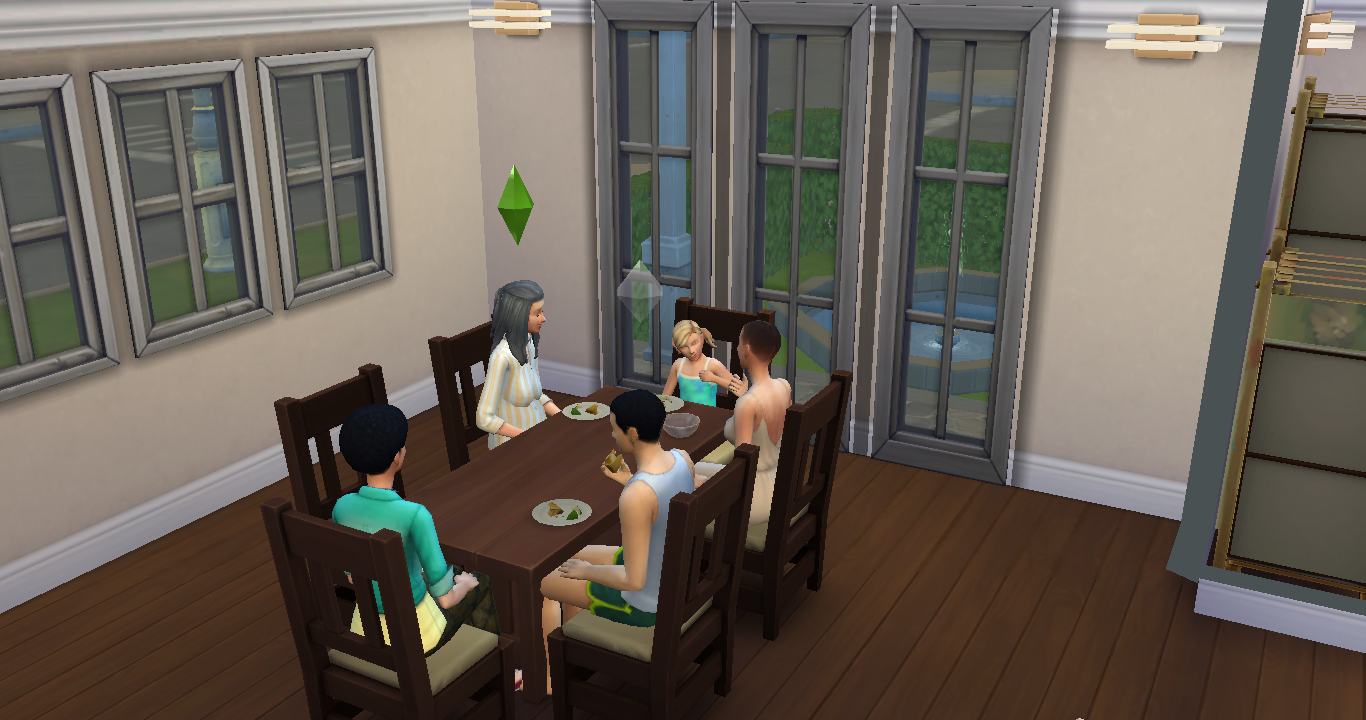 Having breakfast Monday morning: Sonya, Dwayne, Lizette, Kaci and Emma.  (I didn't realize until later that Lexi wasn't in the room)

After all the work over the weekend Lexi, Lizette, Sonya and Dwayne all got A's and moved out leaving just Kaci and Emma alone. 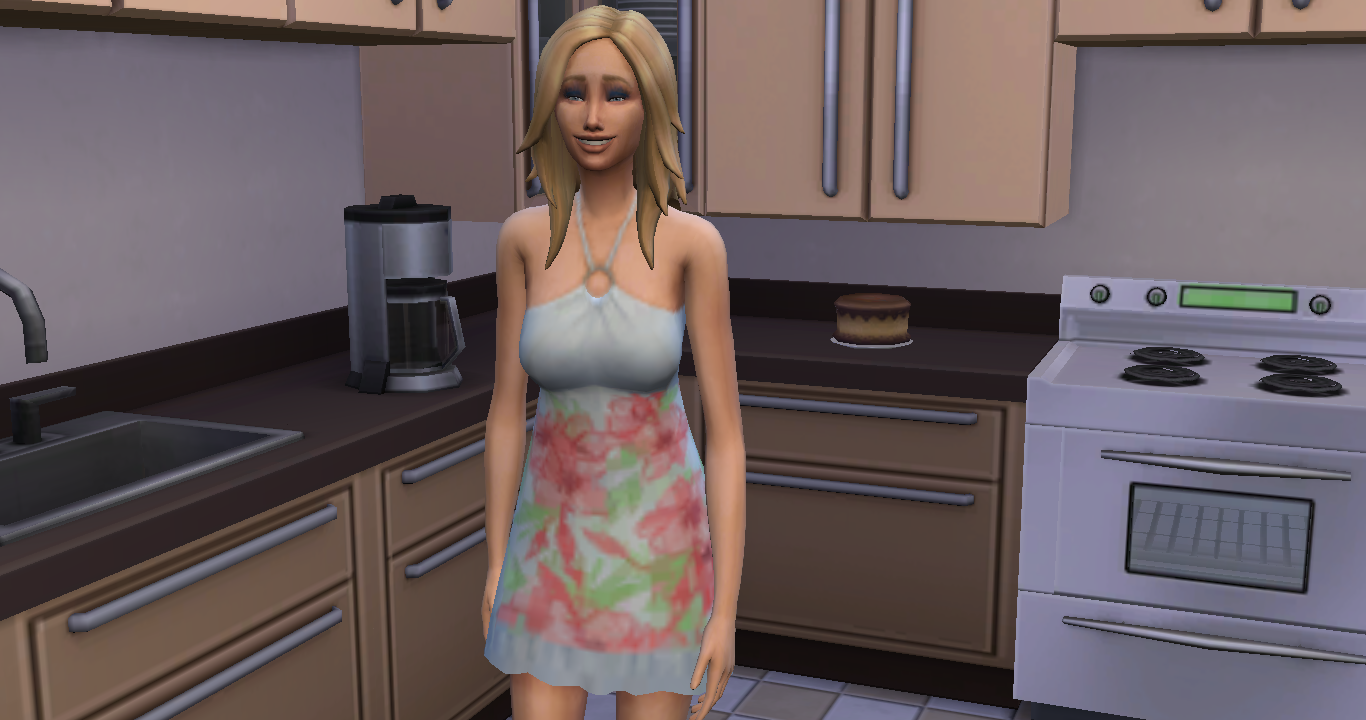 pic: Kaci gets an A in school and ages up to teen.  Isn't she beautiful?

Shockingly after only a few days Kaci gets an A in high school and ages up.  It's so much easier with just 1 kid.  Emma moved out because I had got the warning that her time was almost up and I didn't want her dying and giving Kaci a bad moodlet.

Kaci met Thomas Croft outside of the house.  It was really difficult to get him in the mood and I am missing the beguiling trait a lot.  Their 1st try for baby was unsucessful but the 2nd she was pregnant.  I'm all excited about Kaci's 1st pregnancy! 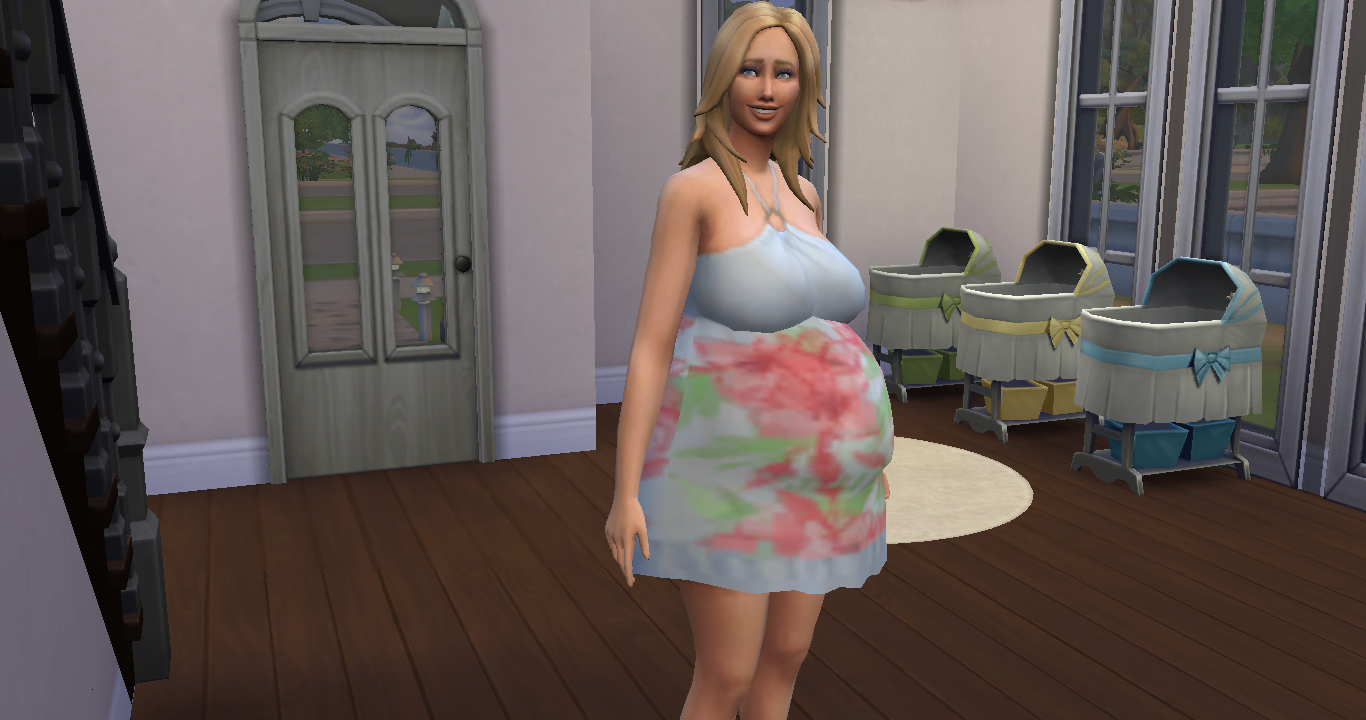 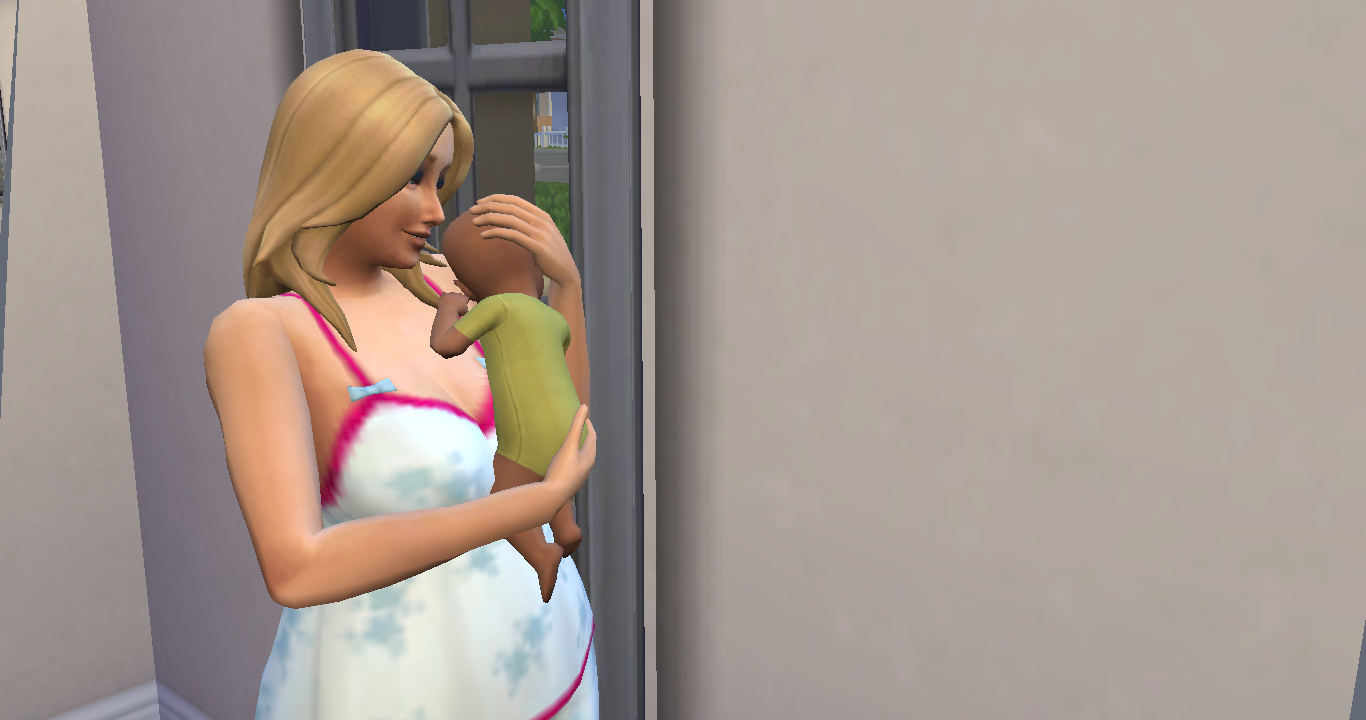 pic: Kaci with her 1st baby Daisy.  I doubt we'll see many twins now that they fixed the twin bug with the latest patch.  Darn.
Posted by Rainy at 11:09 AM