Emma invited Alexander Goth over.  In my last post I noted that he was pretty hot.  To my surprise he had aged to elder since Emma had seen him last.  Luckily elderly men can still try for baby.  Emma is once again pregnant.

Tyler & Austin got A's in school and moved out.

Emma gets enough aspiration points for the fertile reward trait.

Emma gives birth to twin girls Elsie and Deja.  Shortly after they are born Emma invites over Steve McDonnell and is pregnant again. 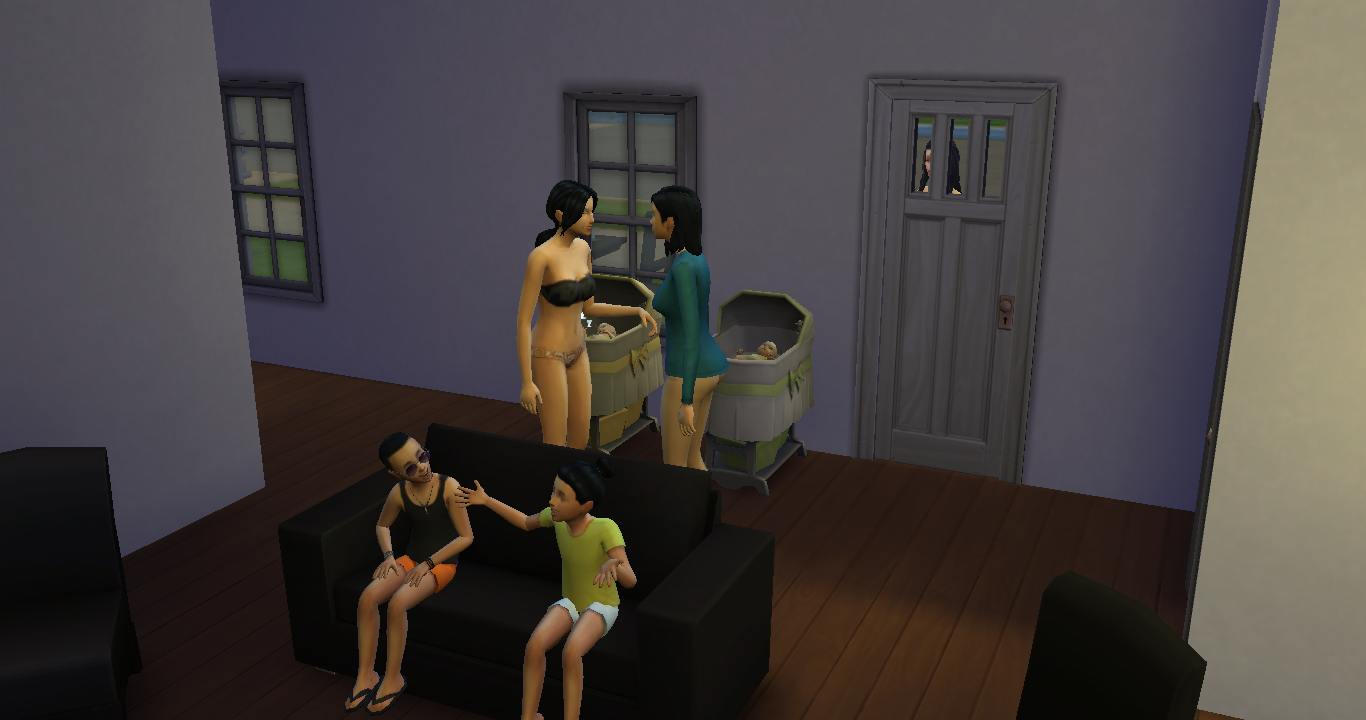 pic: Braden and Brandie on the couch, Anaya and Olive behind them and in the bassinets babies Deja and Elsie.

Emma gives birth to a girl Lizbeth.  The house is full now.

Olive and Anaya get A's and move out.  There's now room in the house for more babies again.

Emma uses some aspiration points on the Never Weary reward.  I figured it would help with the sleepless nights of baby crying.

Emma stopped Desmond Hudson as he walked by and is now pregnant again.  The beguiling trait is well worth it.

I noticed one of the Knox kids was an elder when she walked by the house so I checked manage worlds and it looks like 4 have died and 6 are elder.  Wow!  Time flies. 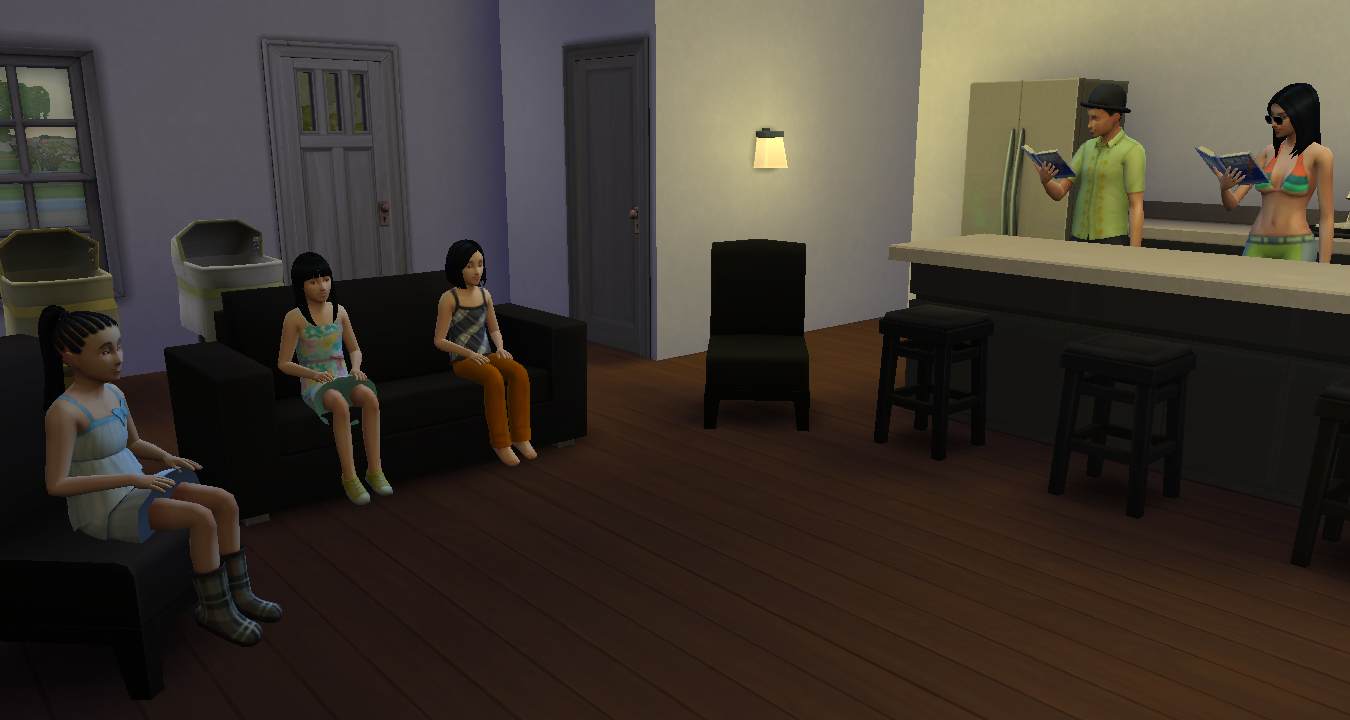 The day after this pic was taken Braden and Brandie moved out and Elise and Deja aged to teens.  Soon after that Emma gave birth to twins a boy Kyle and a girl Kassie.  The next day Emma met Blaine Lentz and was pregnant again in no time.

The kids always have sore backs and bad sleep so I bought all new beds for the kids room.  Despite this I keep thinking I'd like to have a new house.  I am getting kind of sick of this one.  I found one baby challenge house but it is huge and costs way too much. 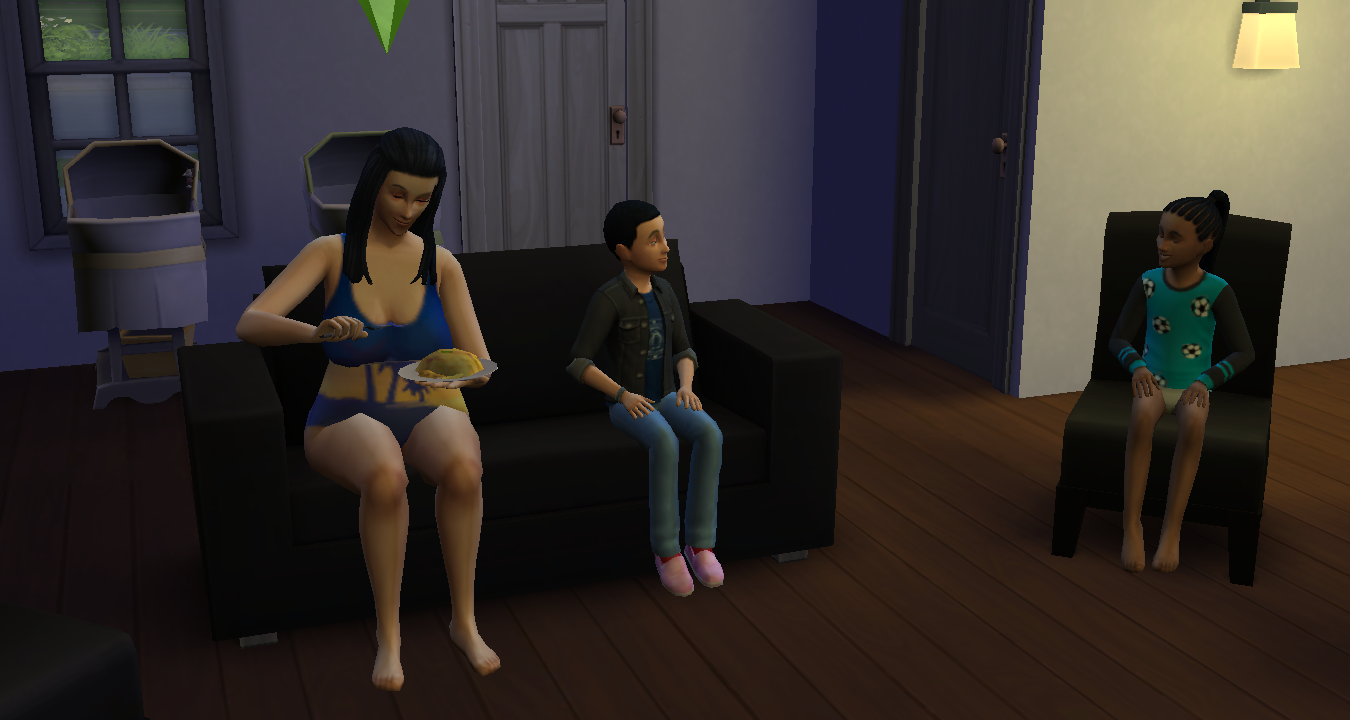 pic: Mom with Kyle and Kassie.

Emma gave birth to twins the day after this pic.  A girl Zuri and a boy Zedd.  After the babies were born the kids came home from school and Elsie and Deja had got A's so they moved out.  That night Emma caught Ulises Bolton outside and despite the babies and kids interrupting Emma is pregnant again.