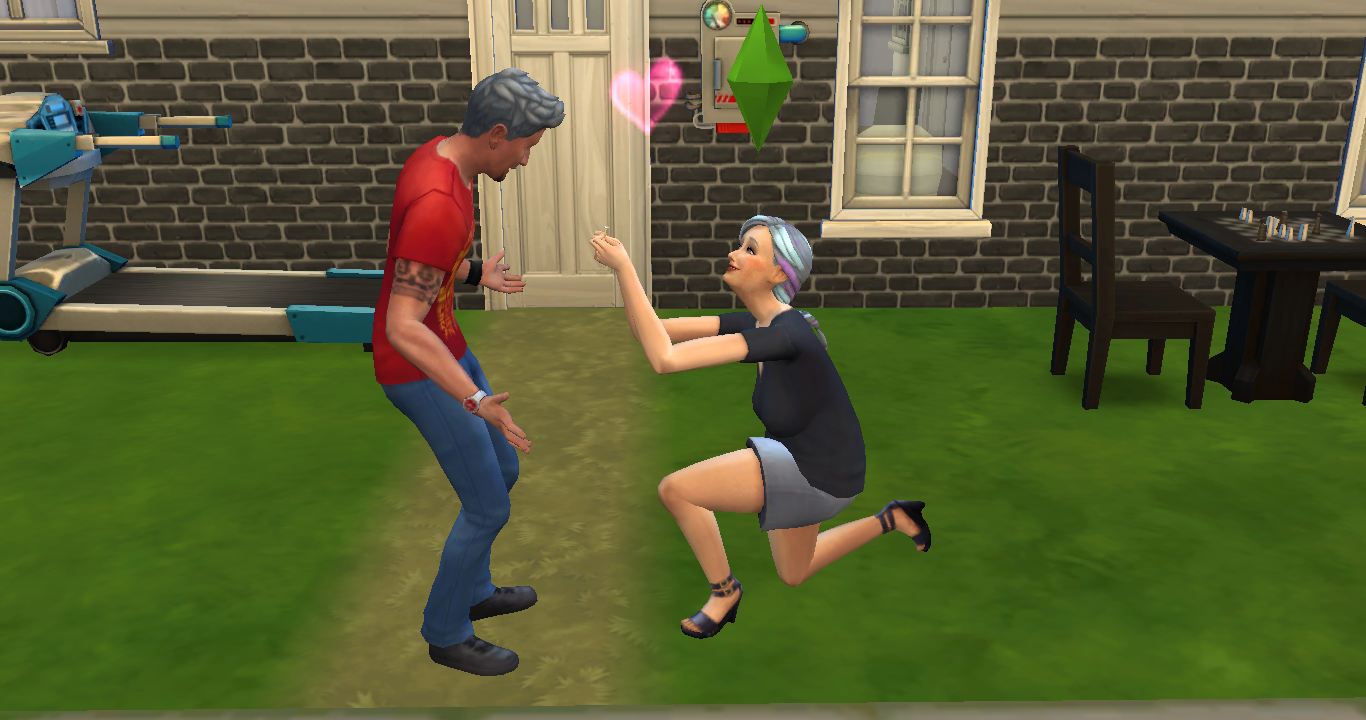 pic: Raina elopes with Don Lothario, her first love and moves in with him leaving Emma with her brothers.

Emma fails miserably on her first attempts to attract a man.  Luckily one comes by the next day, Sonny McManus and things go smoother this time.  She is pregnant and her rein begins! pic: Pregnant Emma chats with her little brothers Caden and Tate outside.

Emma has twin boys Tyler and Austin.  Again it takes a couple of days trying to get a guy romantic to try for baby.  It is very frustrating but she is pregnant again.  I spend reward points on the beguiling trait in hopes she will have better luck after this pregnancy. 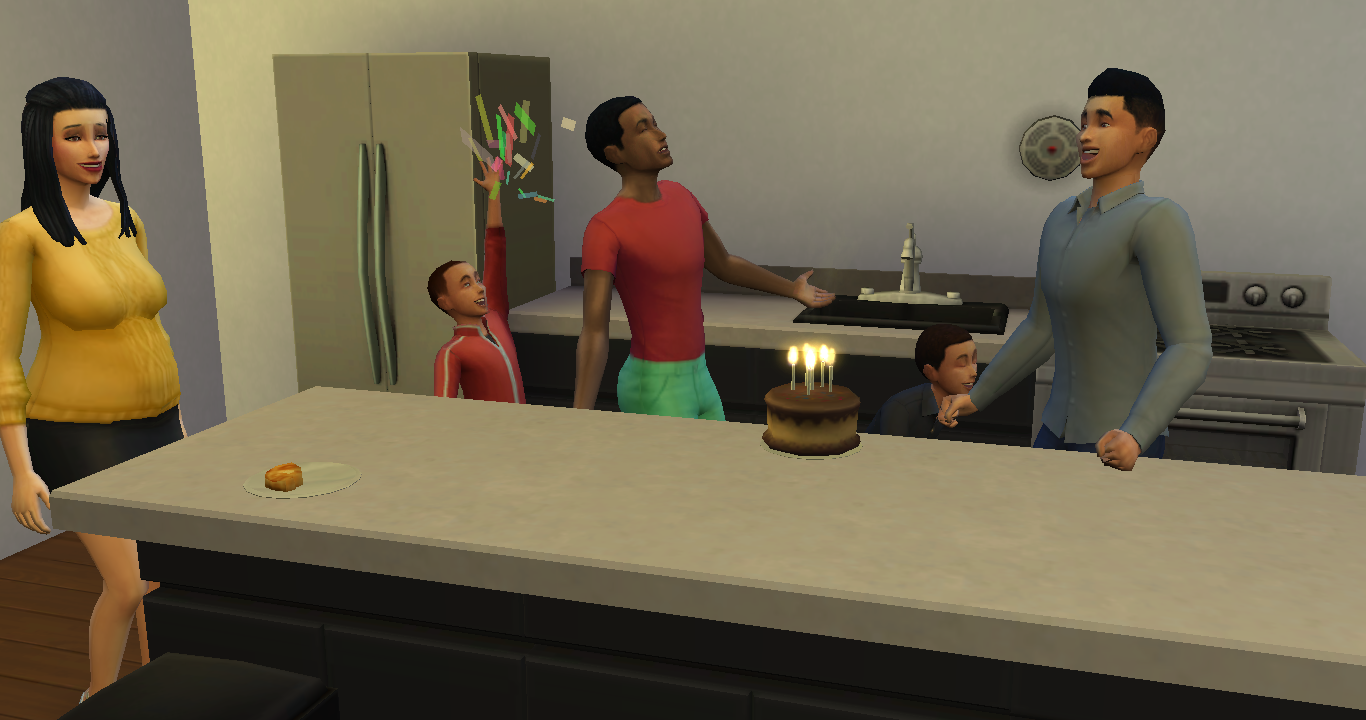 pic: Emma, Tyler and Austin celebrate Caden and Tate getting A's in school and moving out.

The next day Emma gives birth to twin girls Olive and Anaya.  With no teenagers in the house it is hard taking care of these twins.  Shortly after their birth Emma invites over Dominick Osborne whom she had met at the museum when working on her aspiration.  He is flirty in no time and Emma is pregnant again. 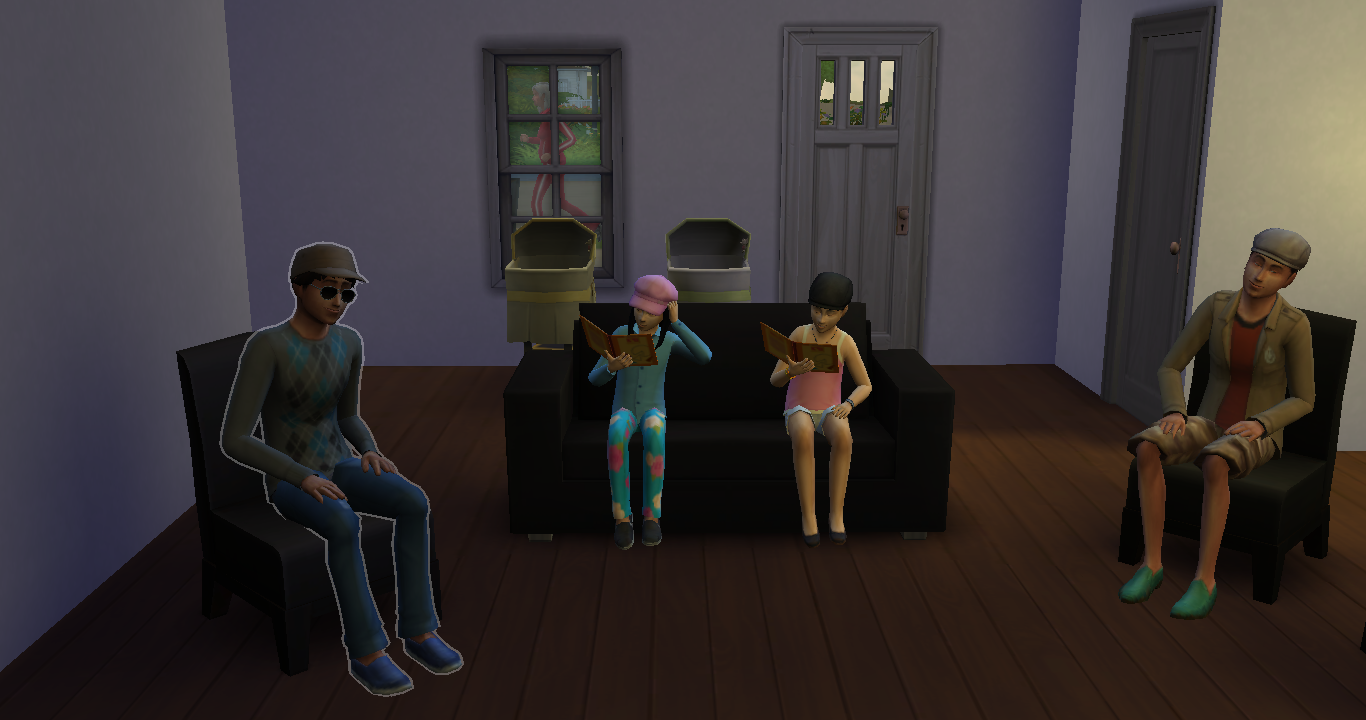 pic: Austin, Anaya, Olive and Tyler.  The boys watch tv while the girls work on their homework for the first time.

Emma has twins again.  A girl, Brandie and a boy, Braden.  She is too tired after their birth to invite over one of her suitors.  She has several men that she has already gotten a high relationship with while pregnant.   One of them is Alexander Goth who turned out to be quite a hottie.
Posted by Rainy at 6:10 PM