This one might be a little long.  I wanted to end it with Raven turning young adult.  But before all that... 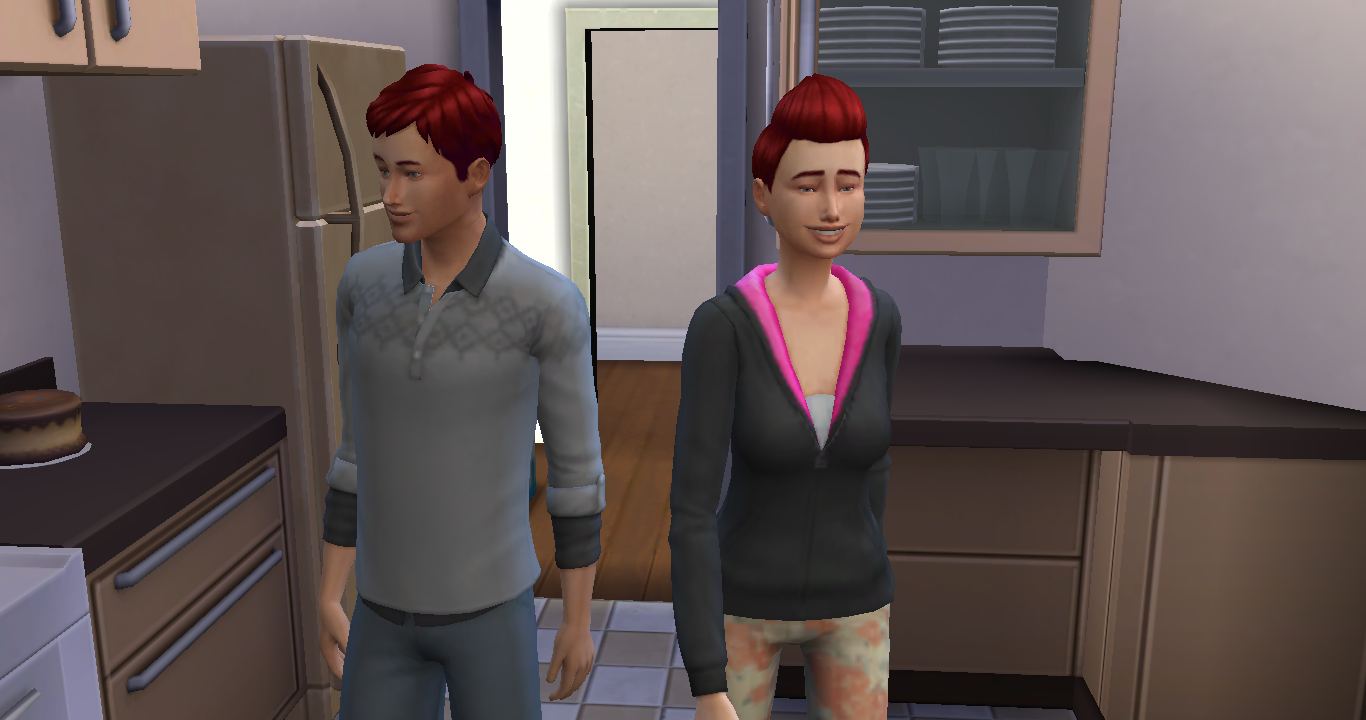 When I looked before Kaci had the baby she had 6 days till elder.  I looked a little while later and it said 7.  This is driving me crazy.

Lara got an A and moved out.

Kaci visits the Foley's next door and is pregnant by Mason.  (5 days to elder) 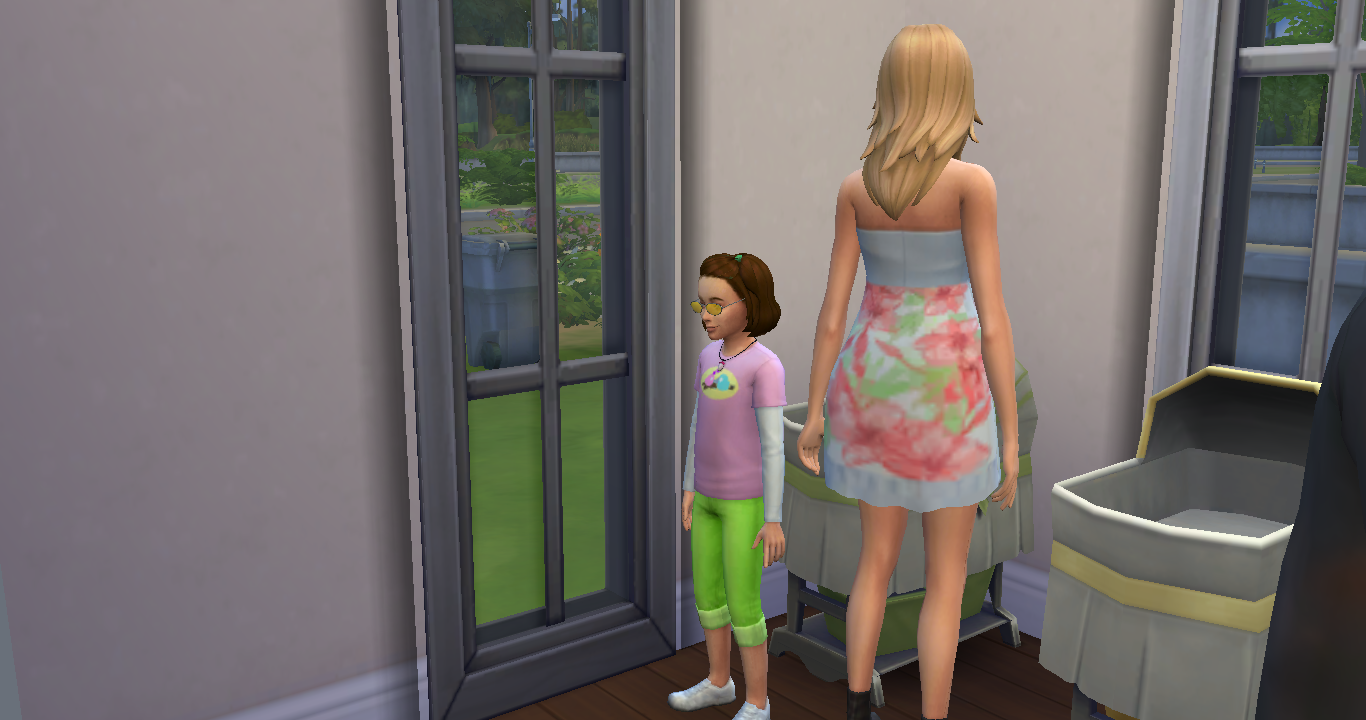 Dillan and Lila get A's in school and move out. 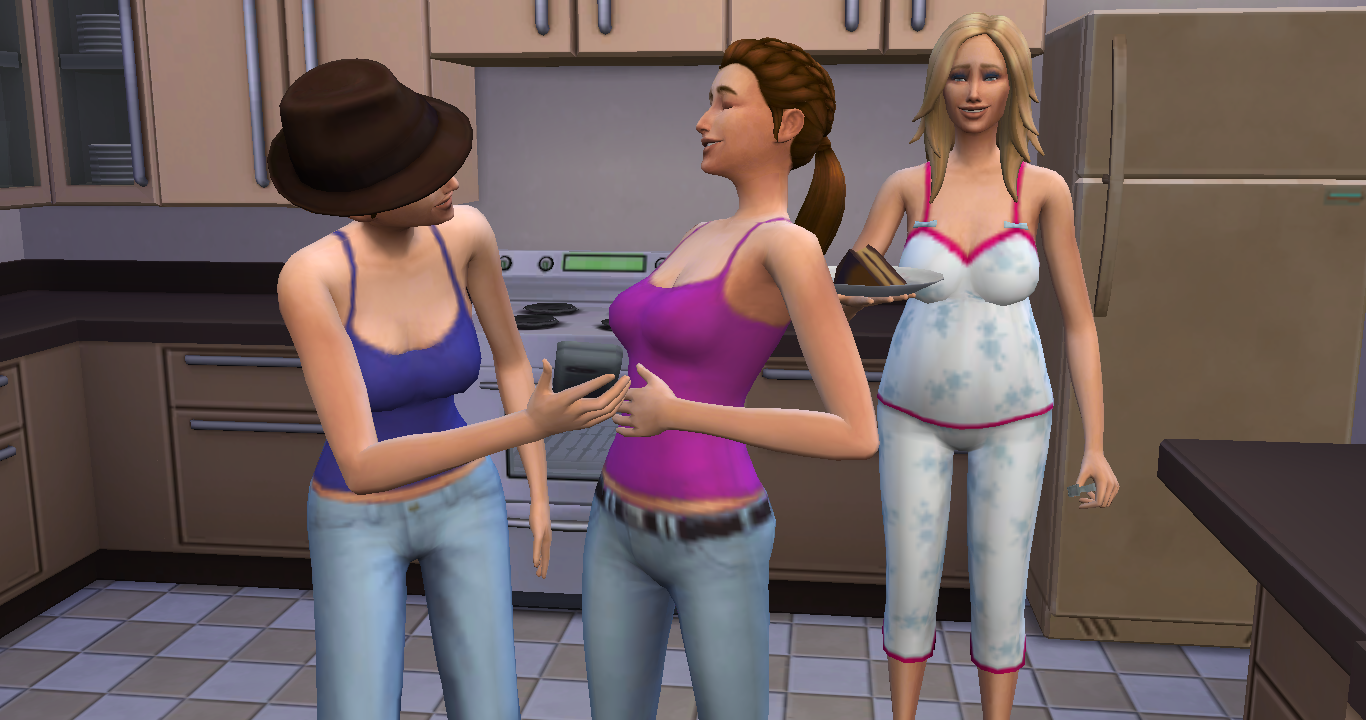 pic:  Kara and Kayla get A's in school and age to teen.

I checked Kaci's age, it said 4 days and then switched to 5 within seconds.  I really think the game is bugged.

Kaci gives birth to twins a boy Evan and a girl Raven.

Kaci visits the Foleys and is pregnant again.  The father this time is Johnny.  (She has 4 days to elder) 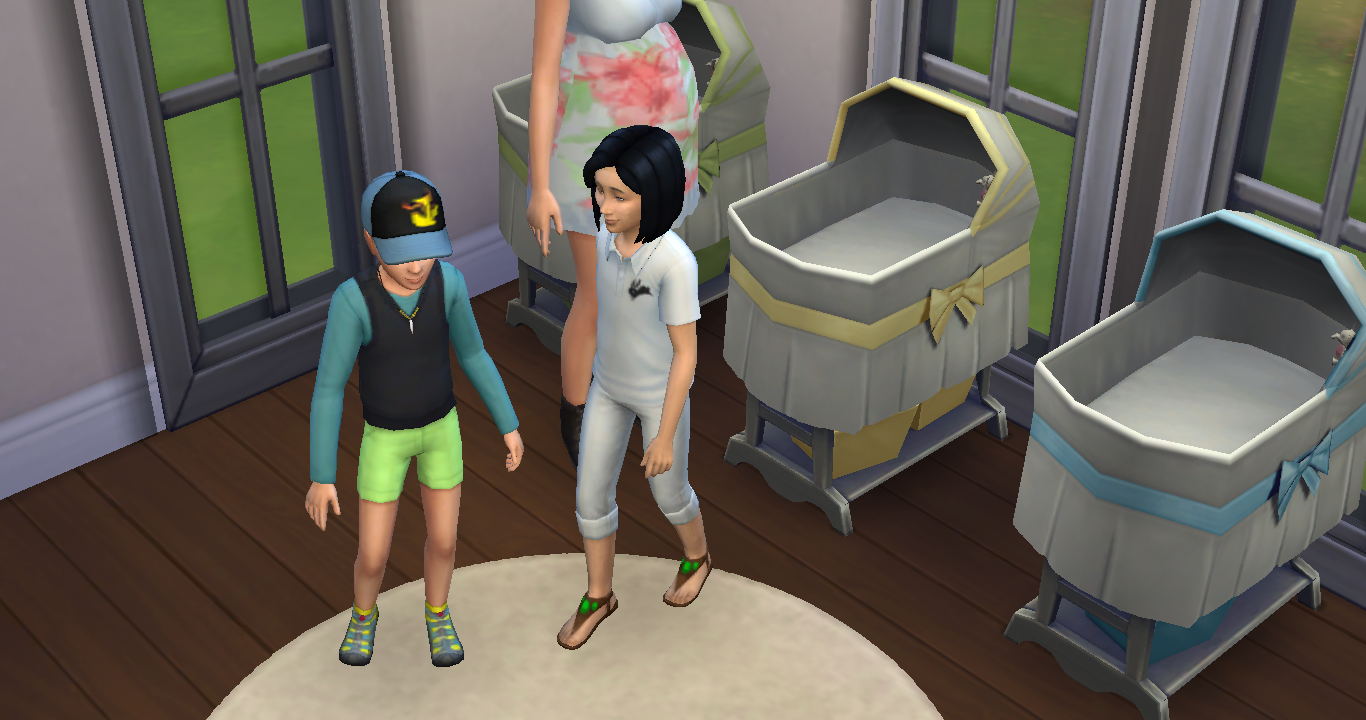 pic:  Evan and Raven age up to children.

Kara and Kayla get A's and move out. 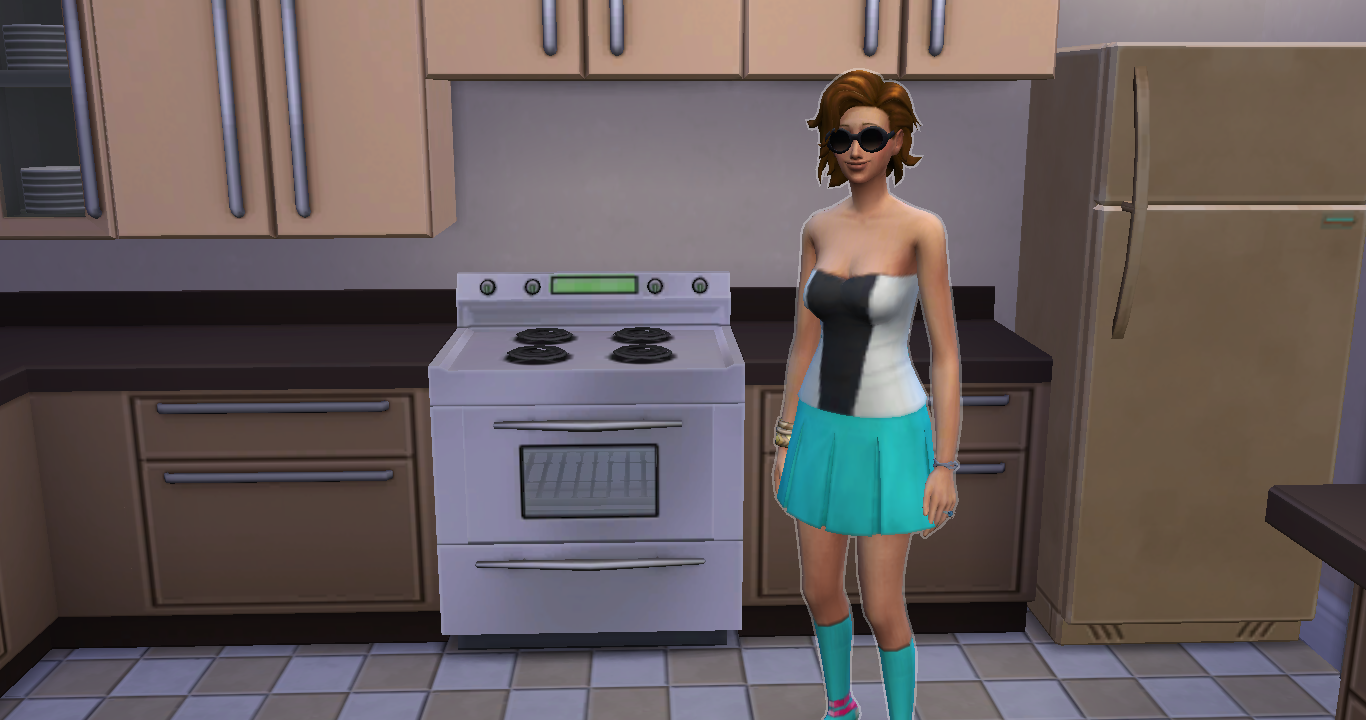 pic:  Tori got an A and aged to teen. 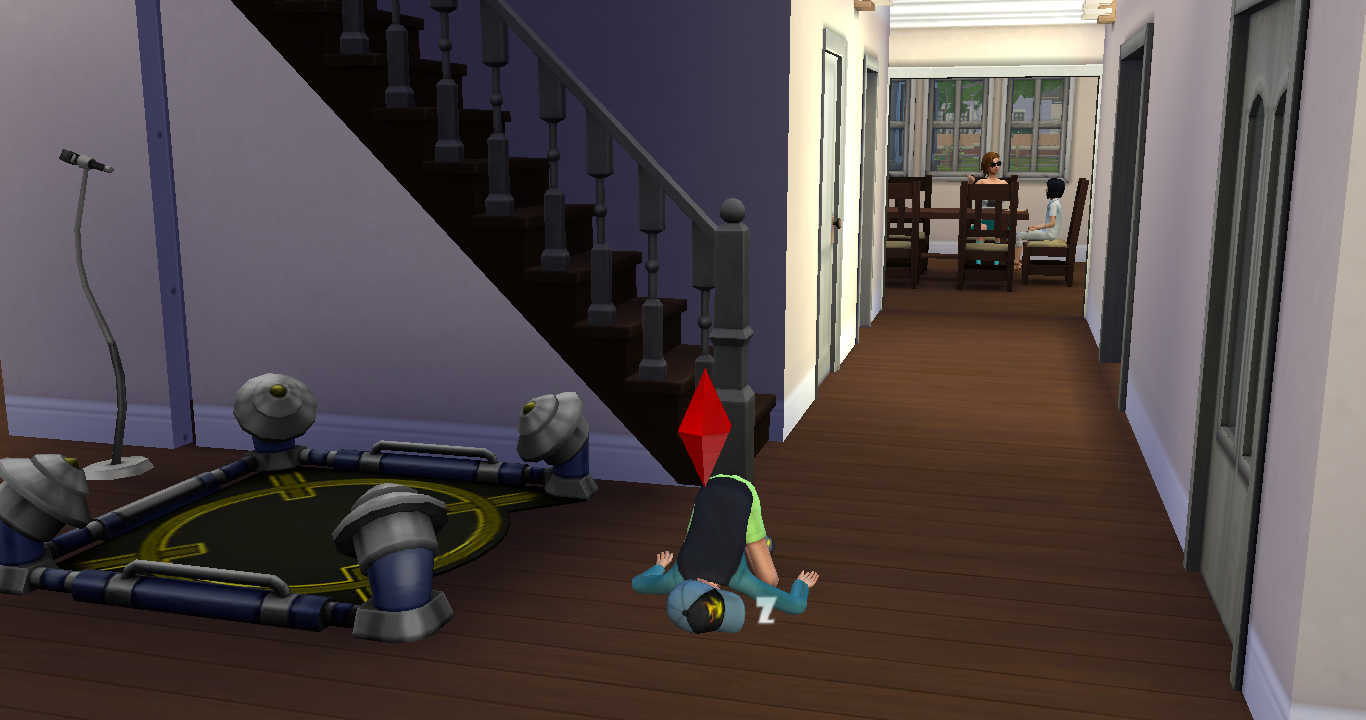 pic:  Evan passed out after school.  He started playing the motion gaming rig then just stopped and passed out.  It was hilarious.

After a lot of thought I decide I'm ready for a new matriarch and with Kaci not aging it might take forever so I decide Raven will be the heir and I will let Kaci age with no more pregnancies. 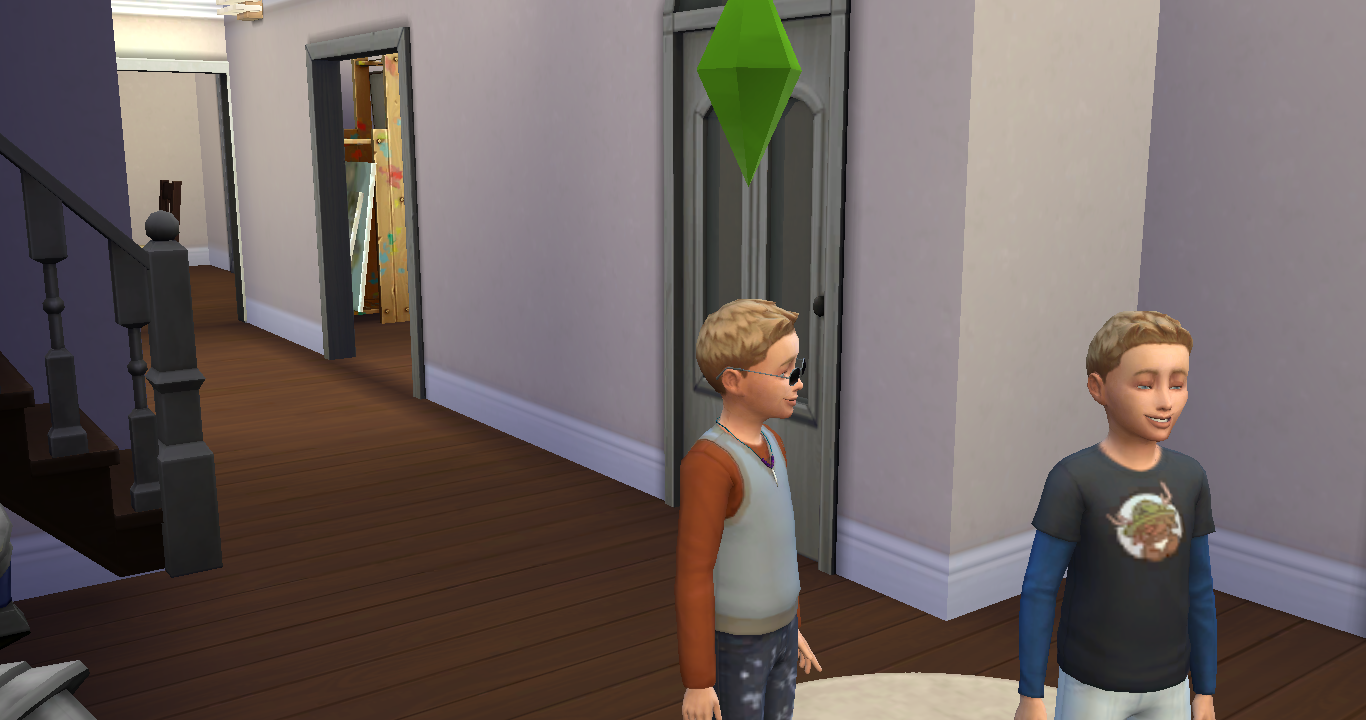 Tori gets an A in school and moves out. 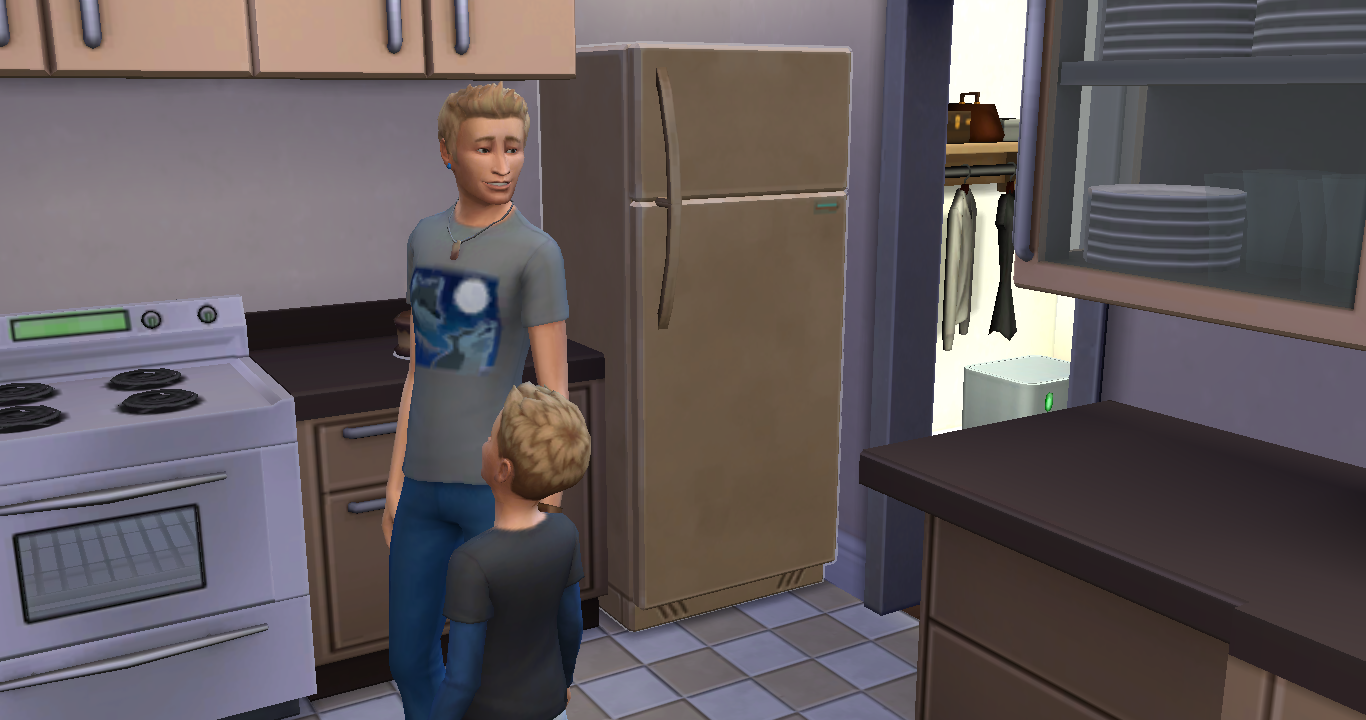 pic:  Evan and Raven get A's in school and age to teens.  I couldn't get a pic of them together. 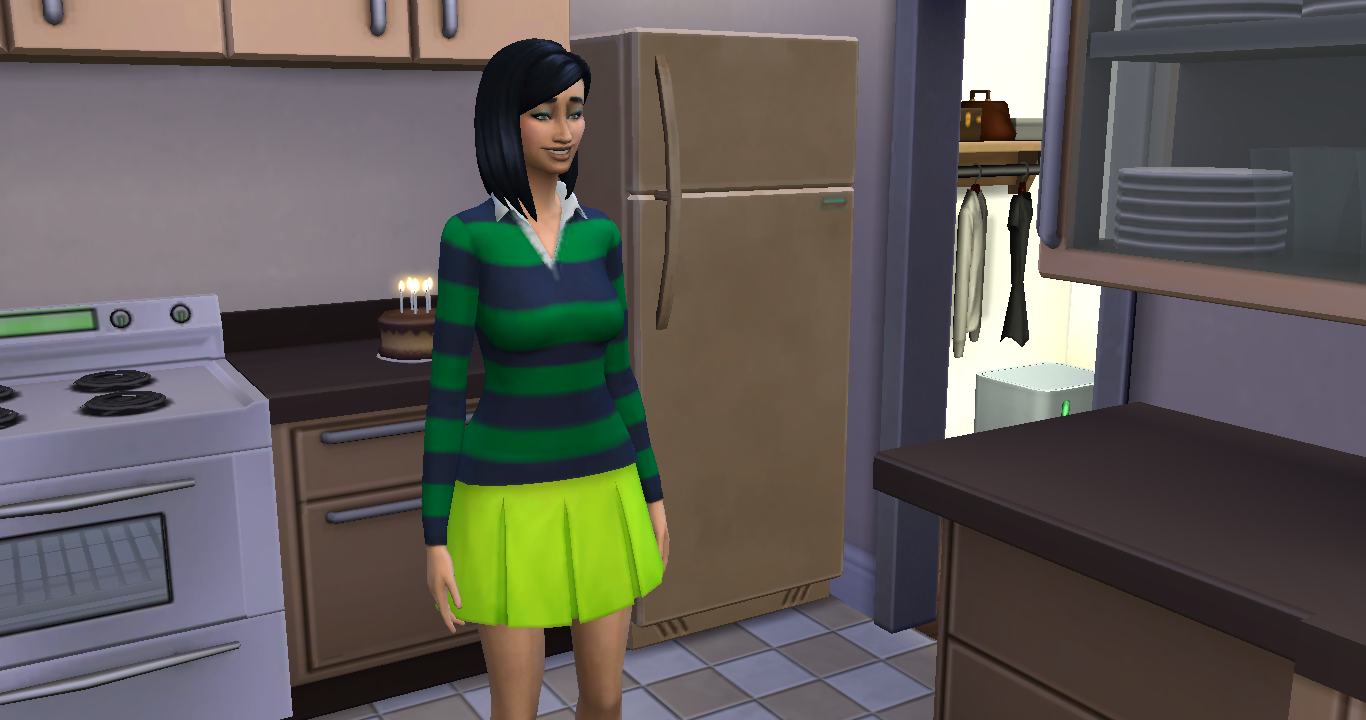 pic:  Here's Raven as a teen.  I changed her clothes after this pic was taken.

The weekend comes and Kaci takes the family on vacation for 2 days.  They get the largest cabin. 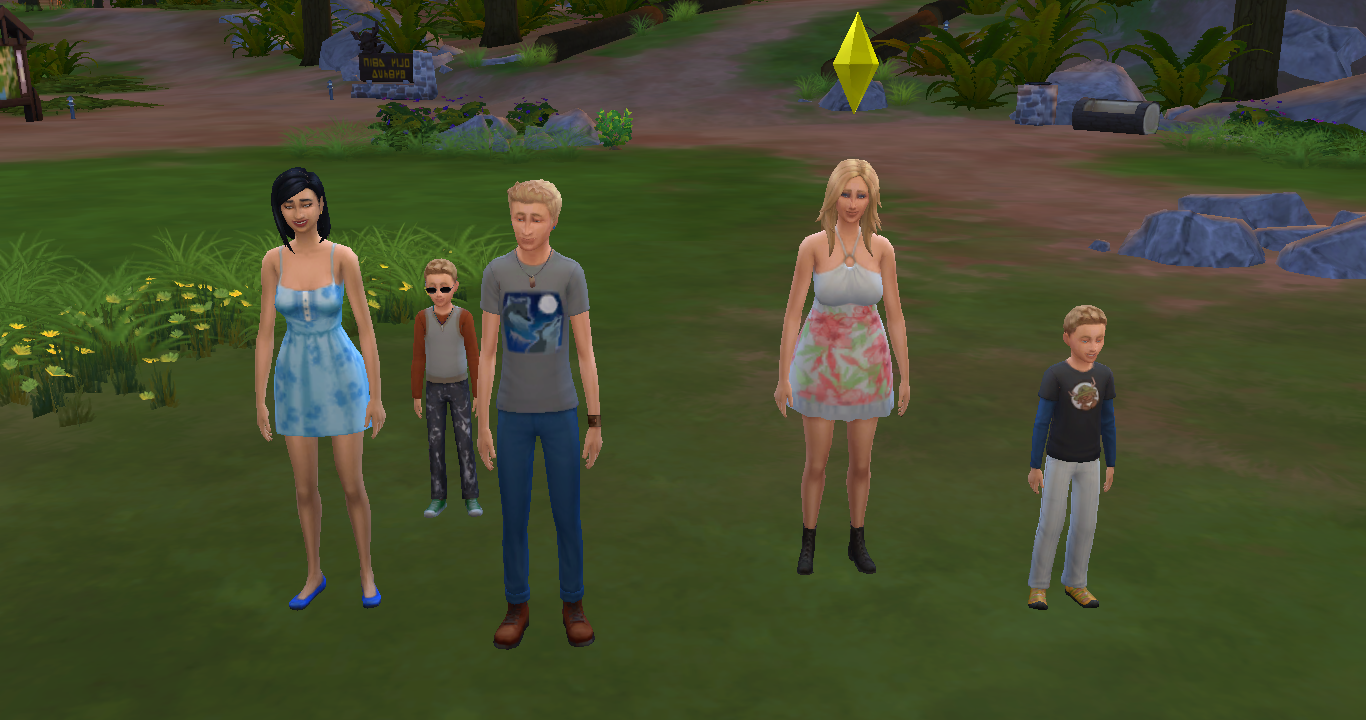 pic:  Everyone just arriving to the campsite. 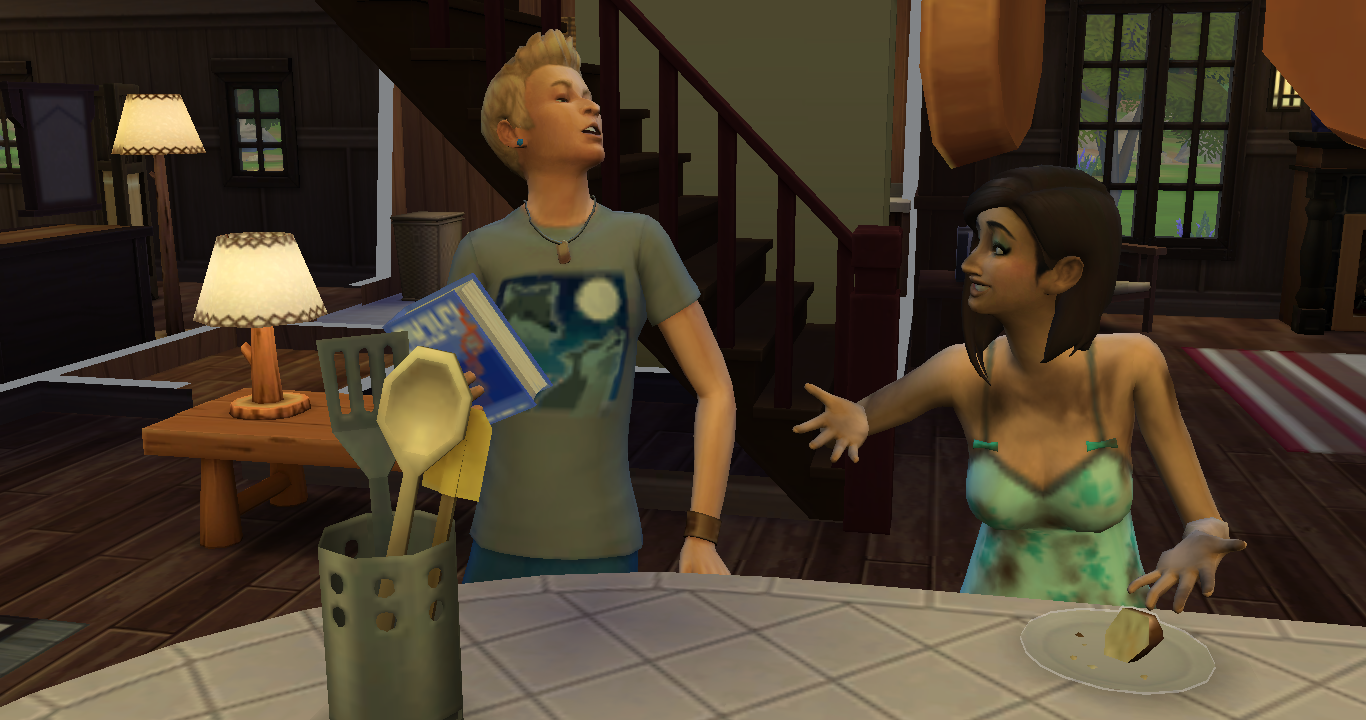 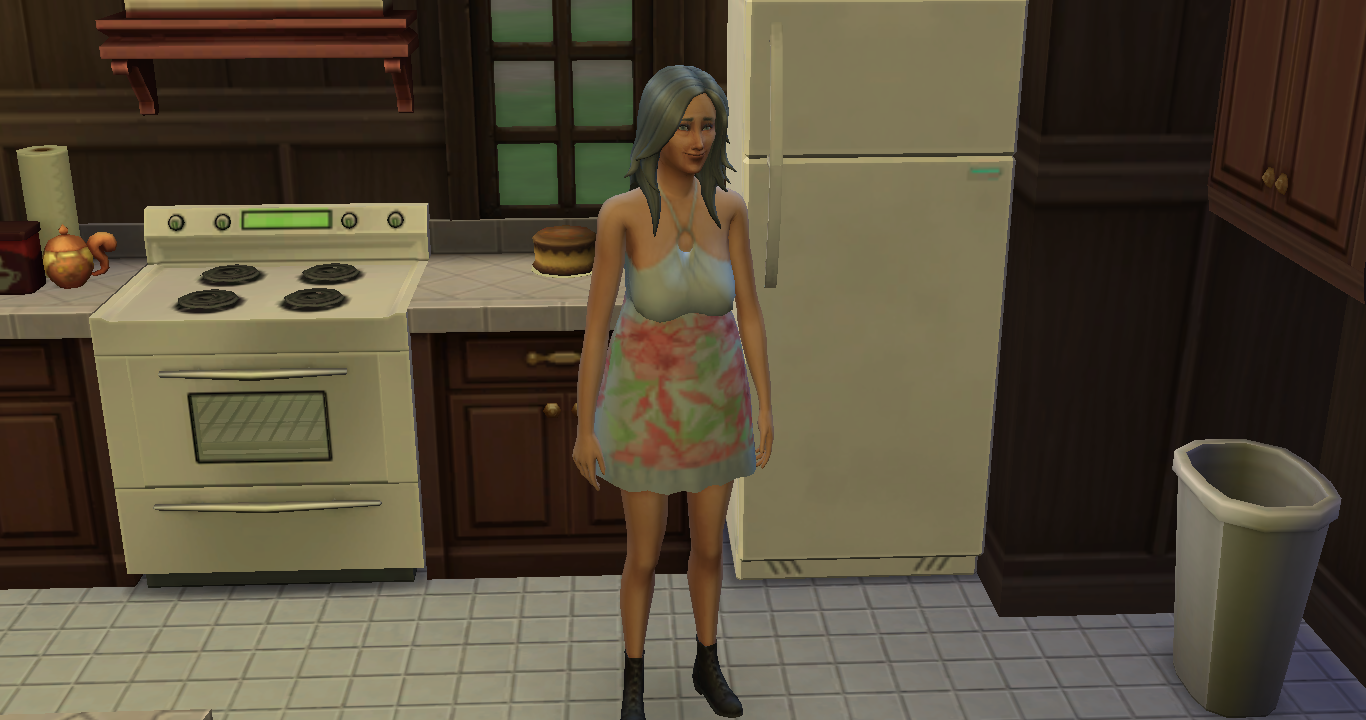 pic:  Kaci's birthday comes while they are camping and she ages to elder. 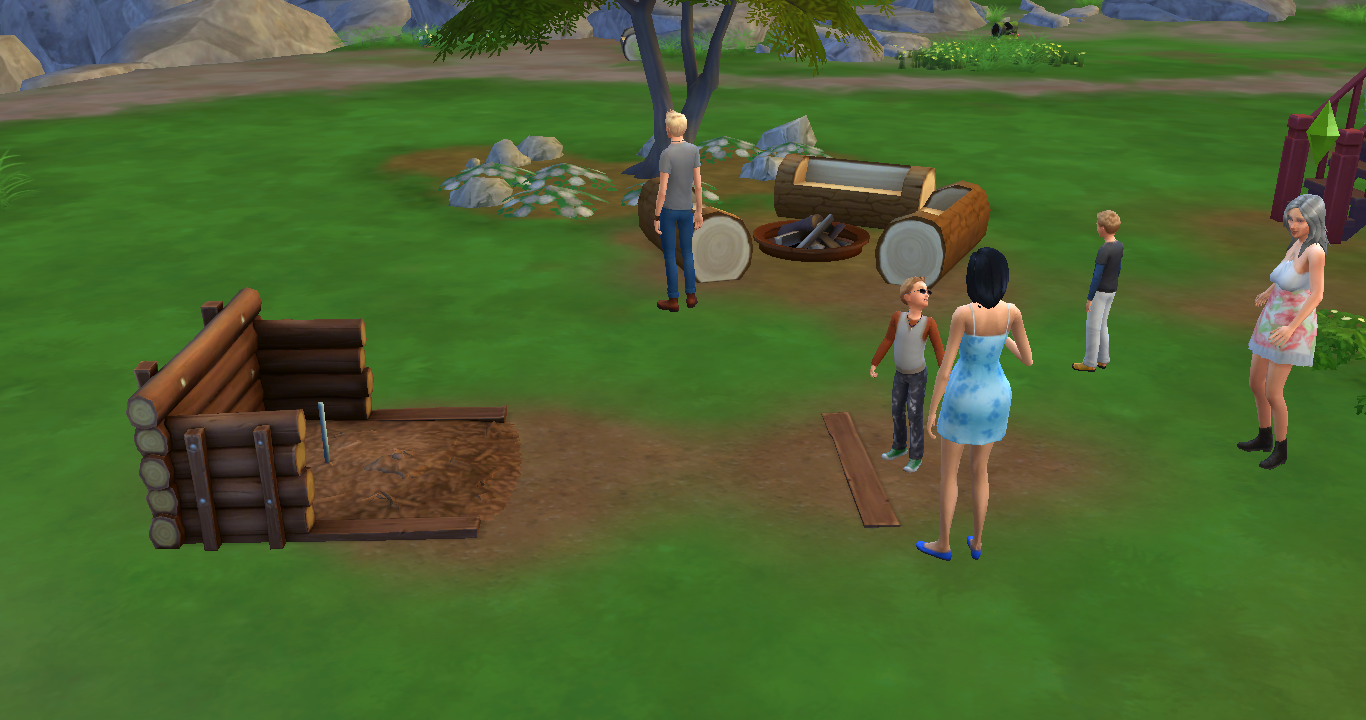 pic:  Everyone outside playing in the last few hours of the trip.

A few days later Evan and Raven got A's in school and Evan moved out.  Now it's time for Raven to take over from her mother.