Since it's Saturday Kaci decides to take the kids on a short vacation. 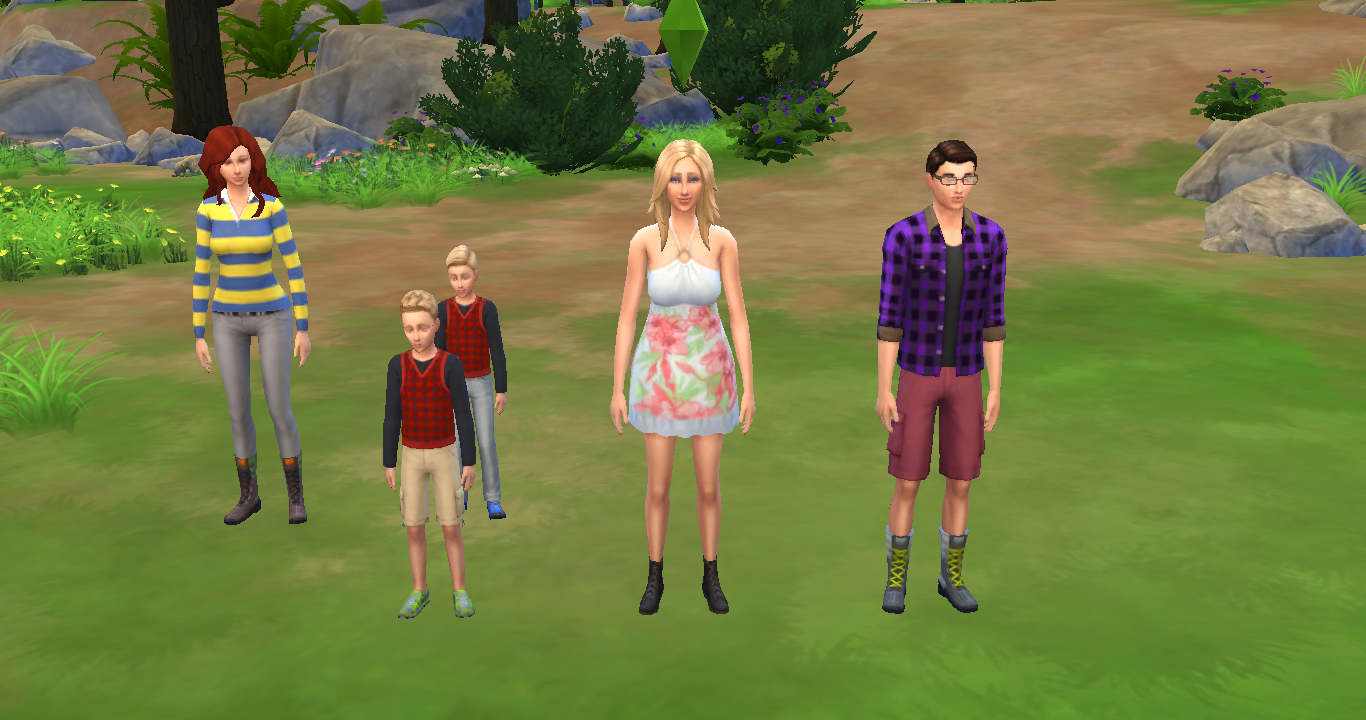 pic: Arriving at the cabin.

Kaci met Clyde Babcock on vacation and seduced him.  She is pregnant again. 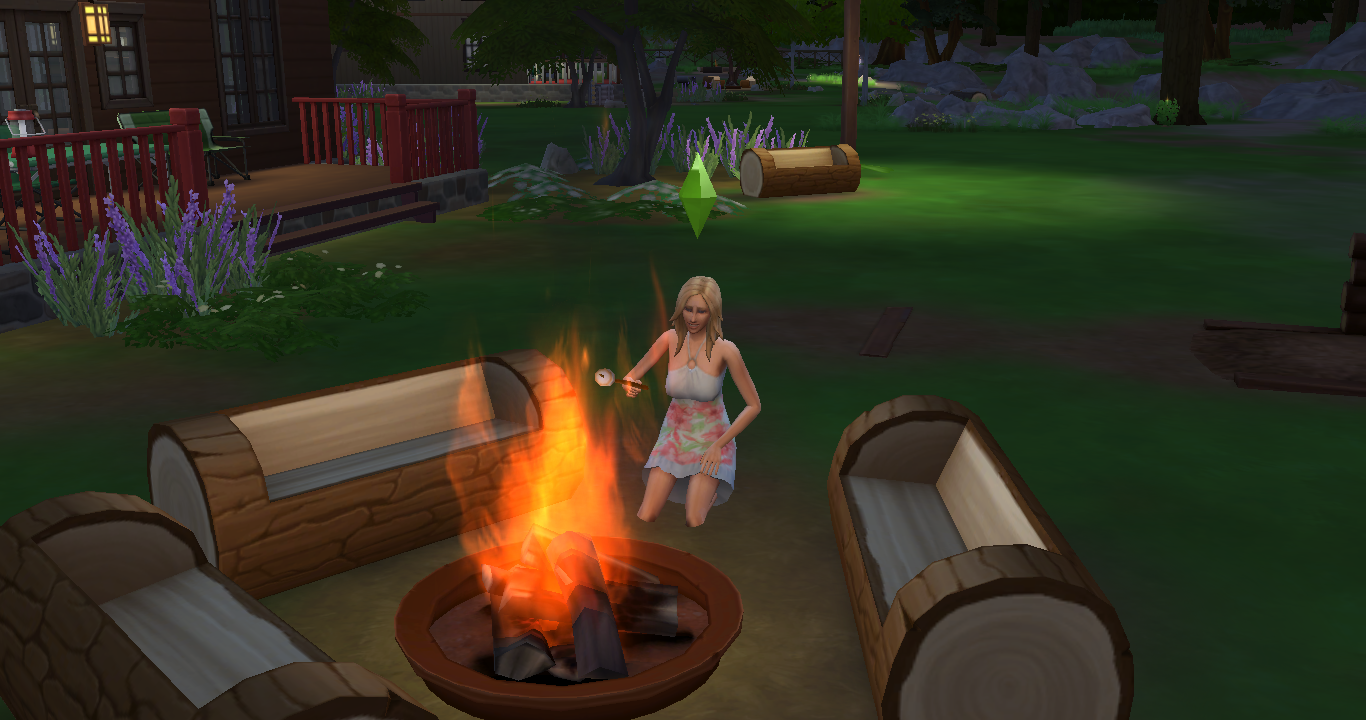 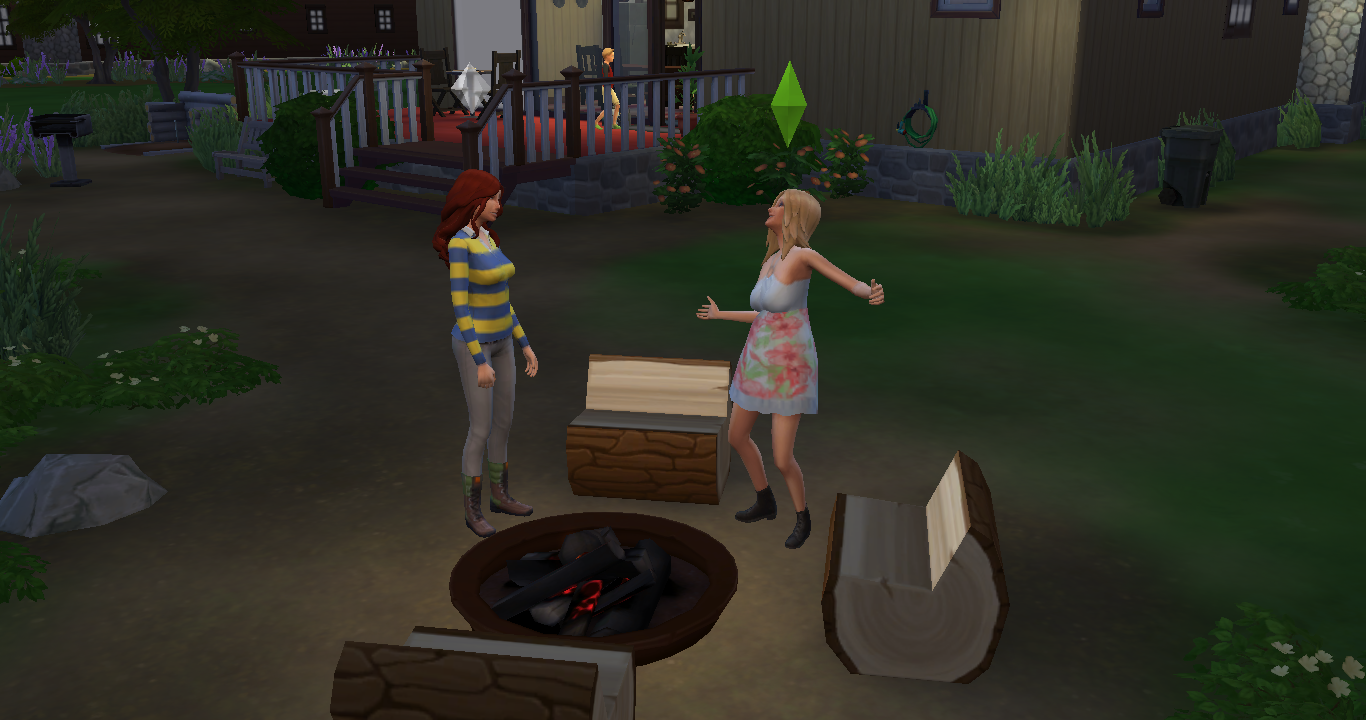 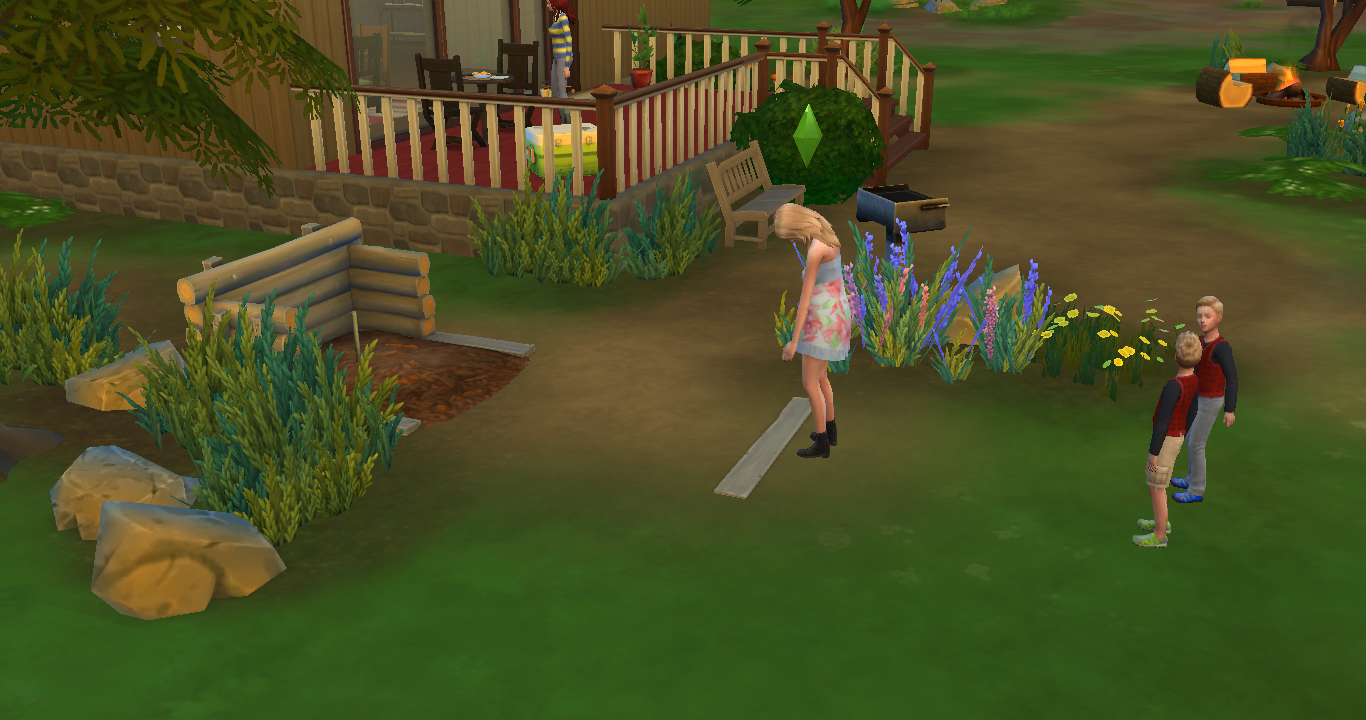 pic: Playing horseshoes with the twins. pic: All the family tries out horseshoes. 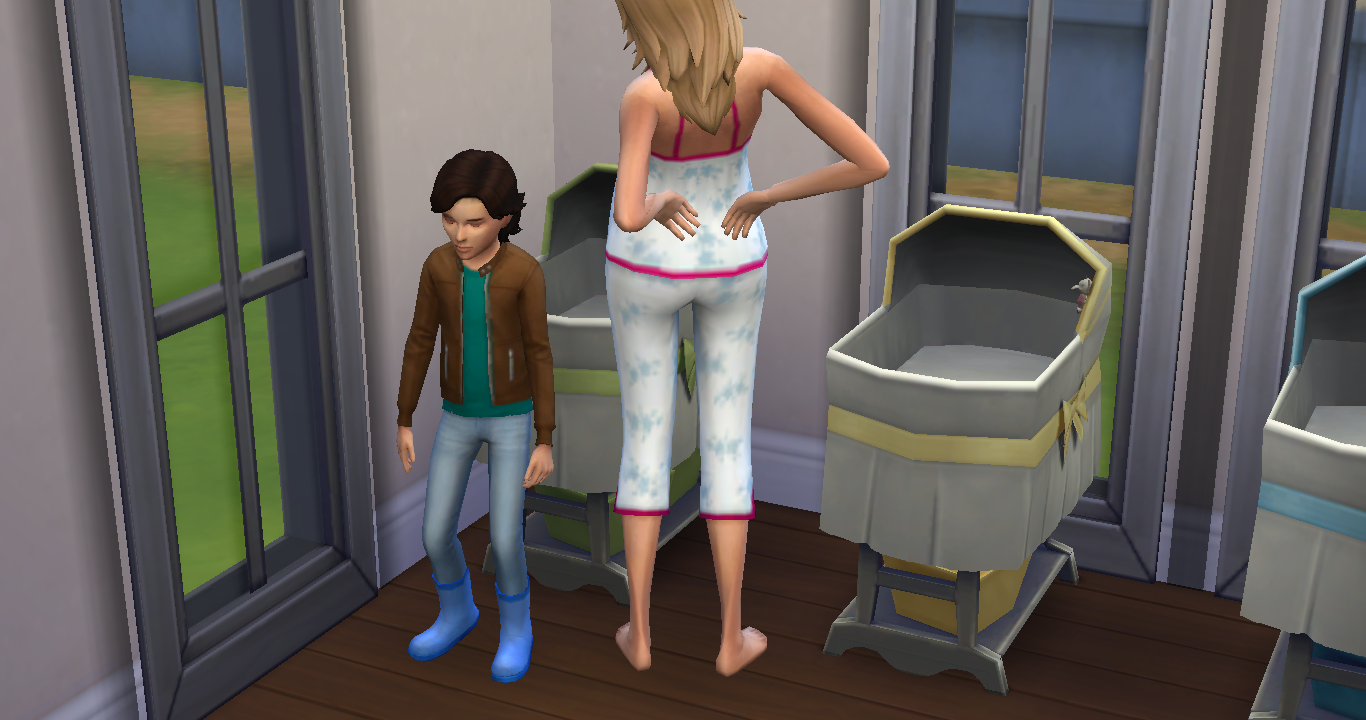 Colin and Zoe get A's after the weekend.  Colin moves out but Zoe stays because she's the only girl.

Kaci gives birth to a girl Bria.  Zoe moves out.

Kaci gets preggo by Eric Bachelor. 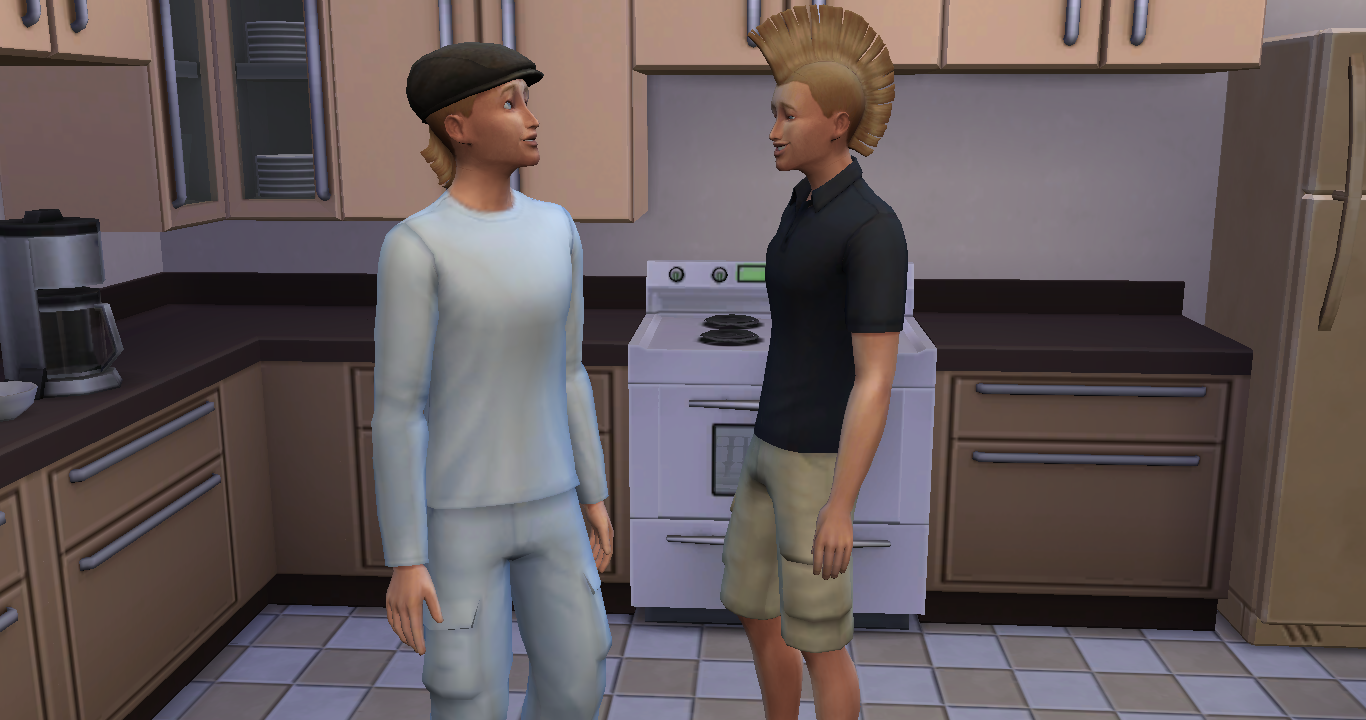 pic: Camron & Craig get A's and age up to teens.  Both have mohawks.  I try something new out and have them take a vacation day from school to get their skill to 3.  It works great and I plan to do so with the rest of the teens. 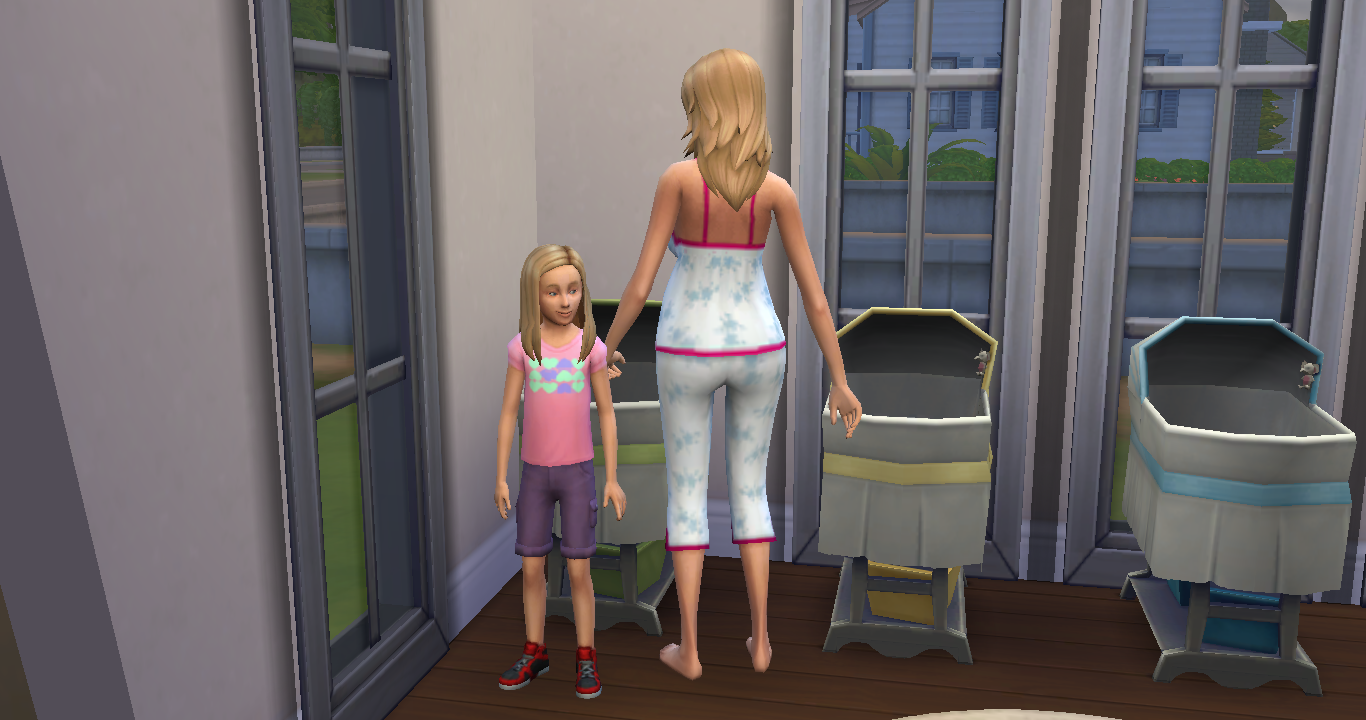 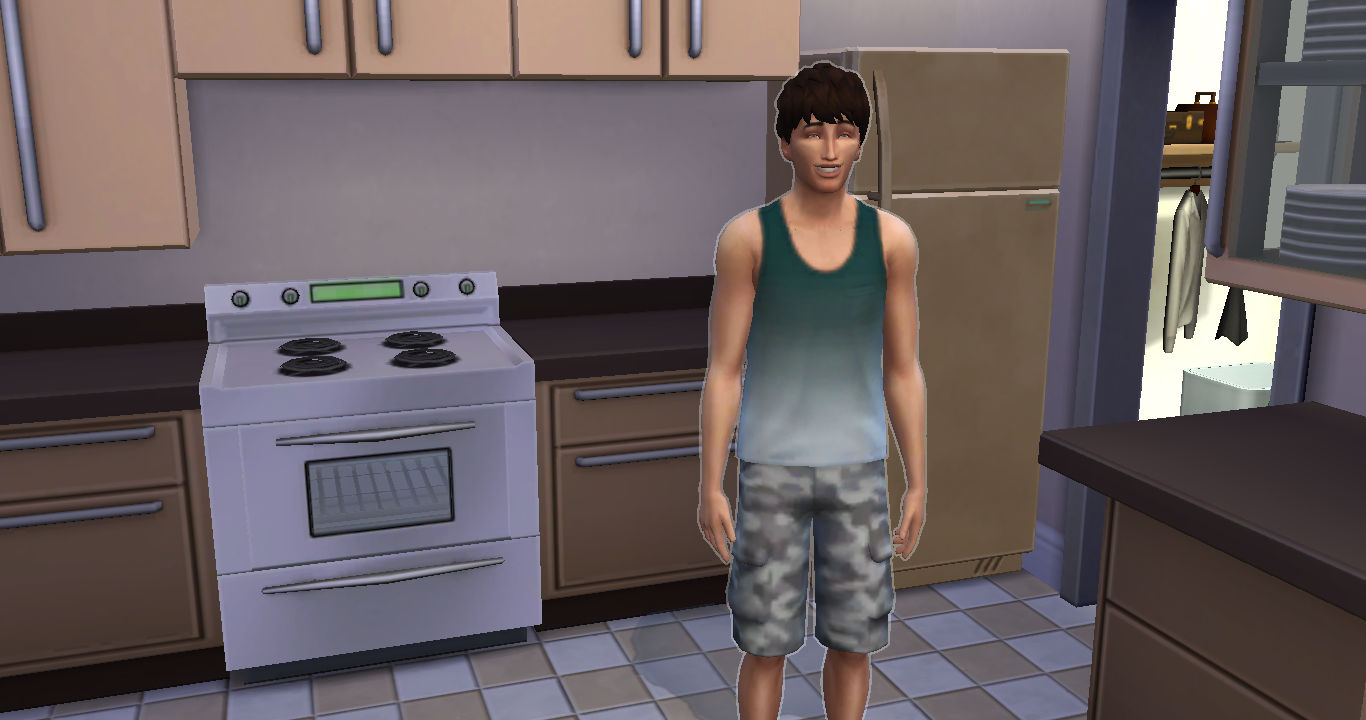 pic:  Brett got an A in school and aged to teen.

The family went on vacation again since it was the weekend.  Camron & Craig get homesick the moment they arrive.  They didn't have much fun this time. 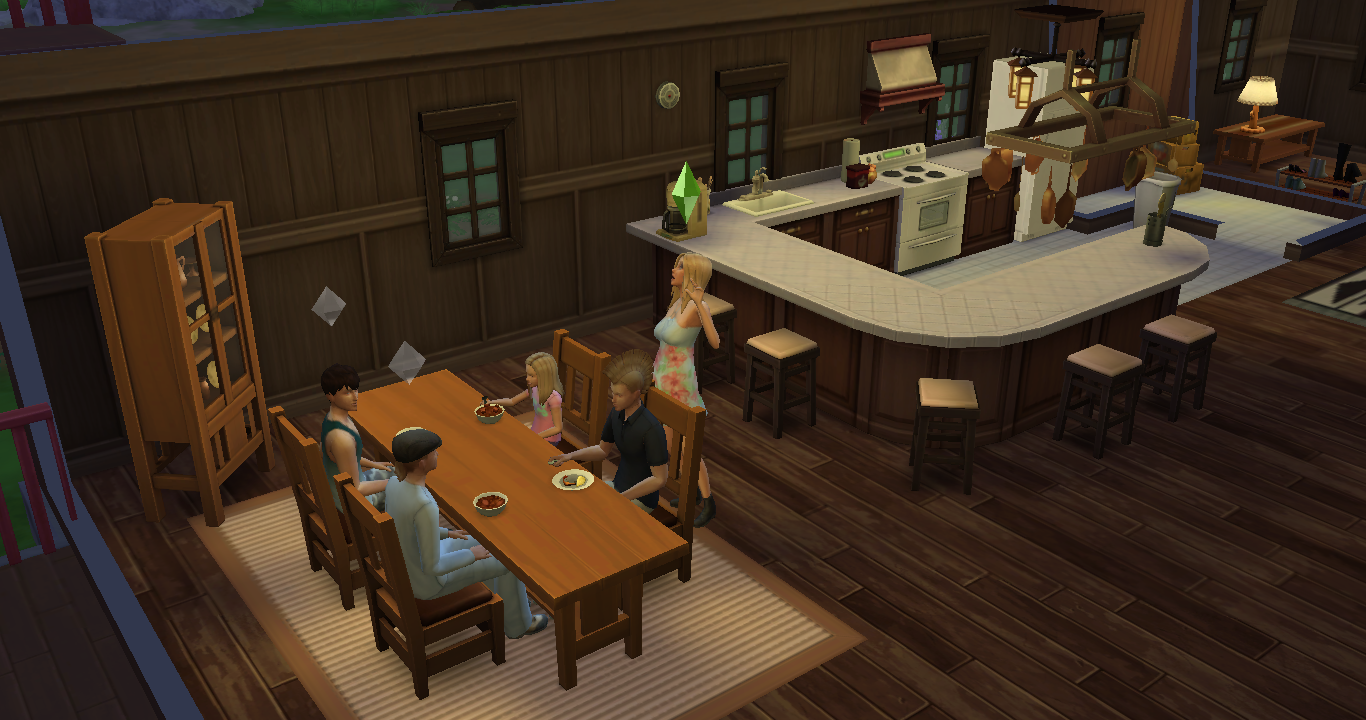 pic: Everyone eating at the cabin.

After searching the gallery for men I ended up making my own  household of 8 men and sticking them next door.  Kaci visits and brings home Brayden Foley and was pregnant again. 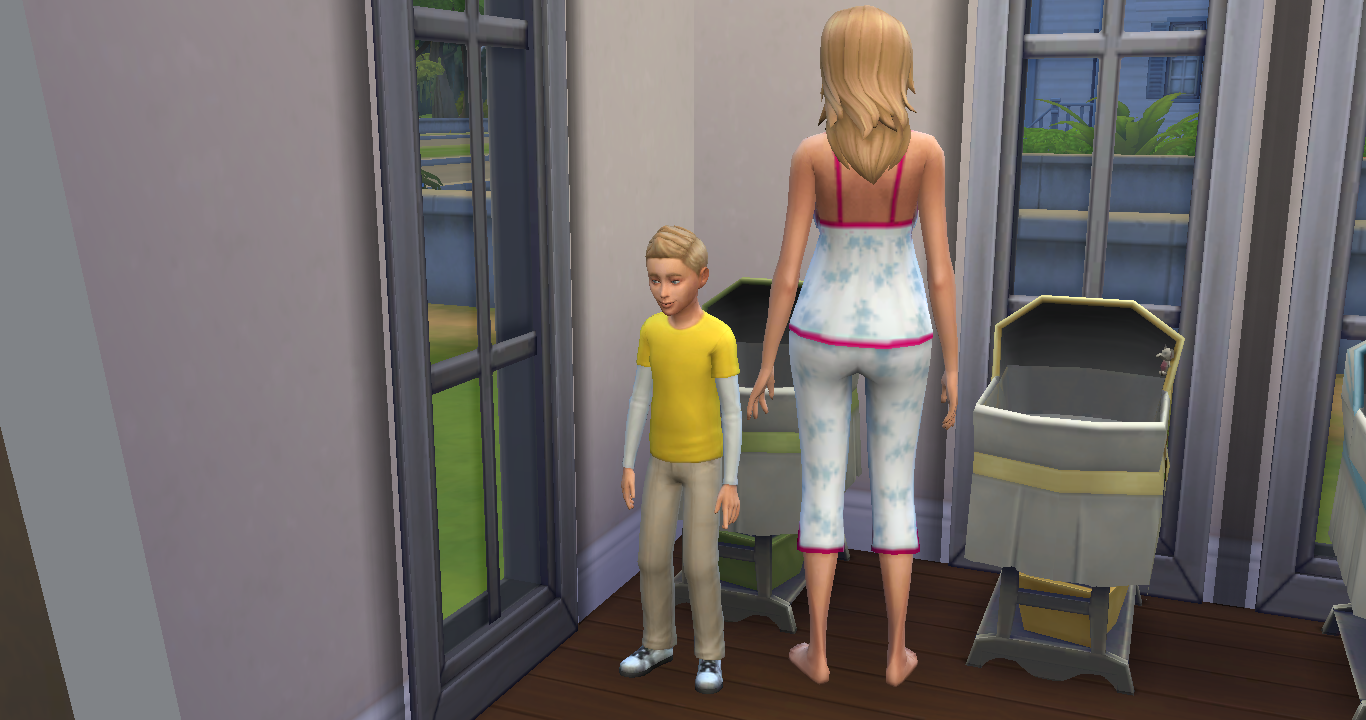 Camron & Craig get A's in school and move out. 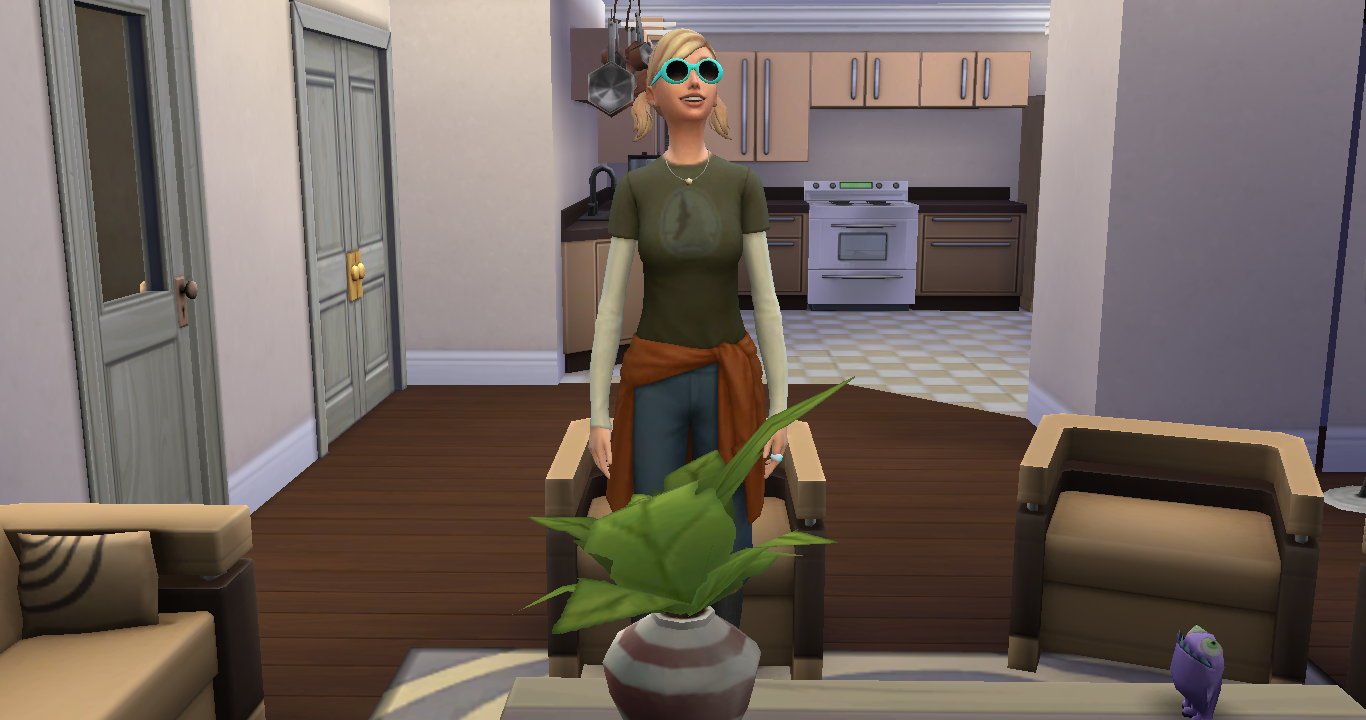 pic:  Bria gets an A and ages to teen. 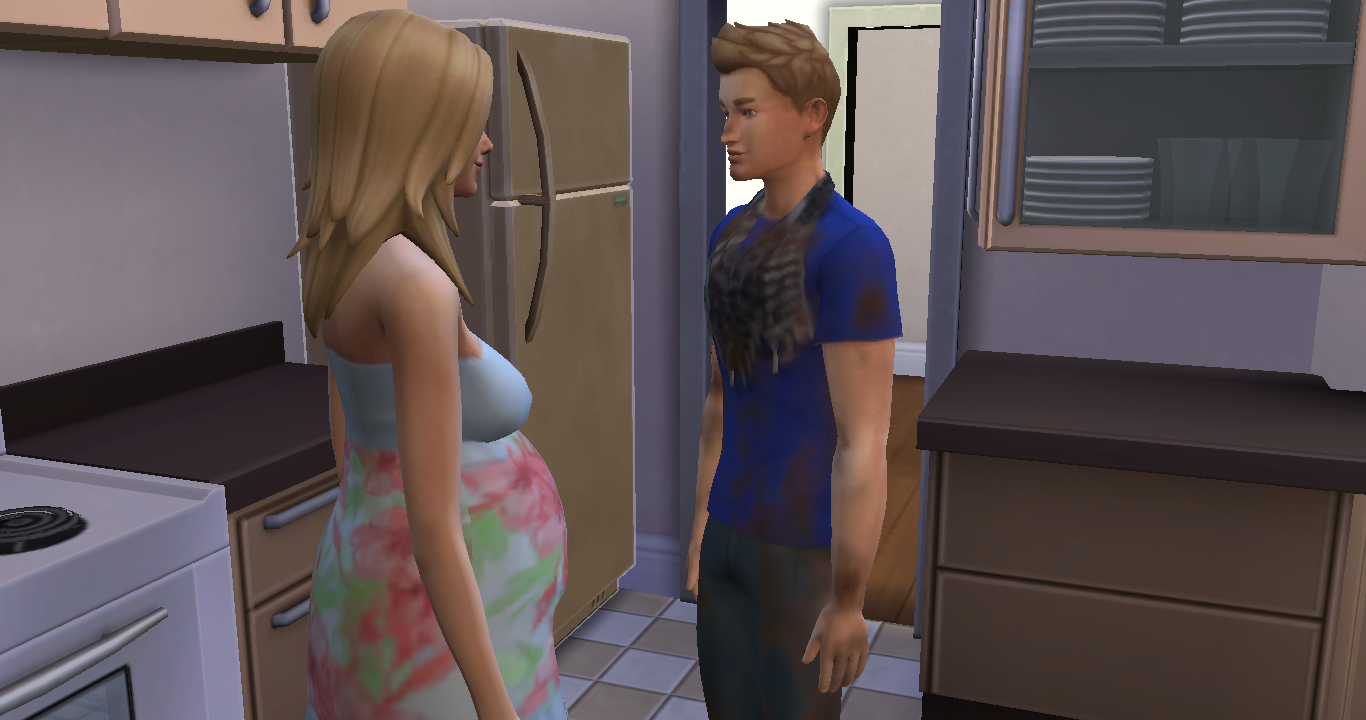 pic:  Kevin gets an A and ages to teen. 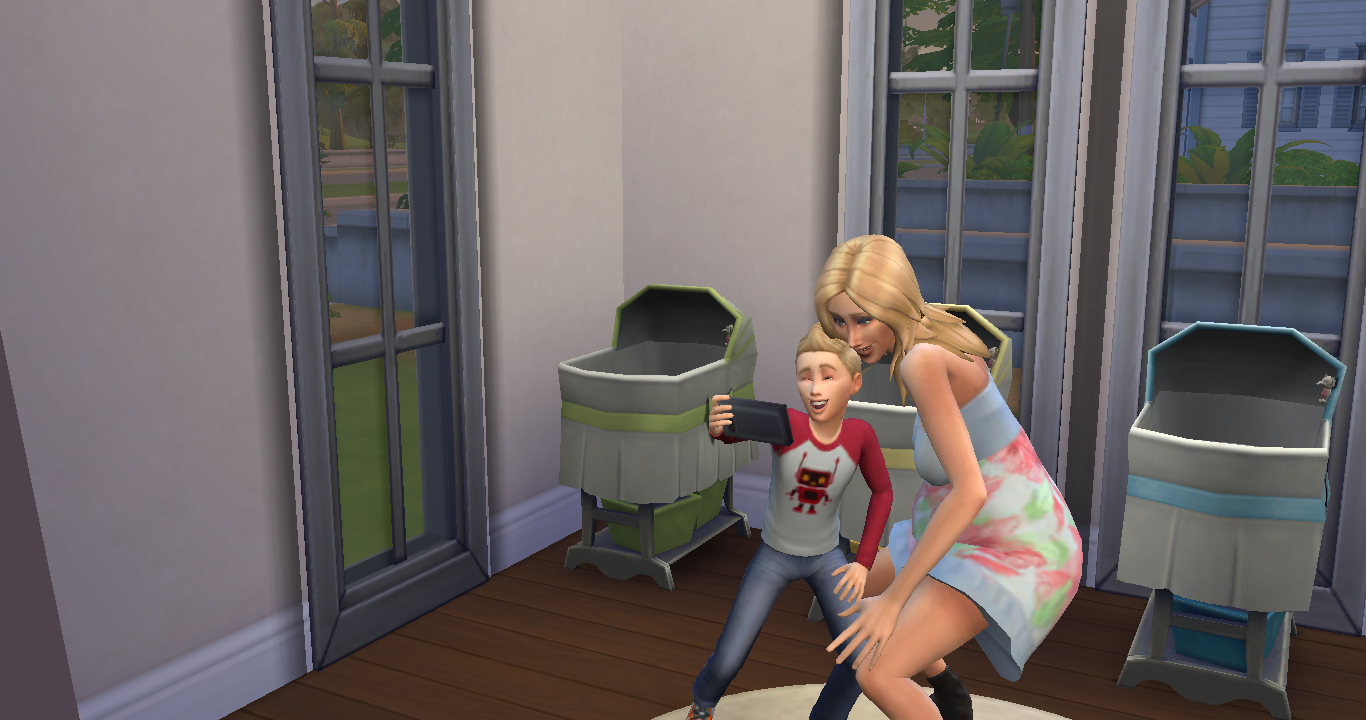 Kaci visits next door and is pregnant by Jeff Foley.

Bria got an A and moved out. 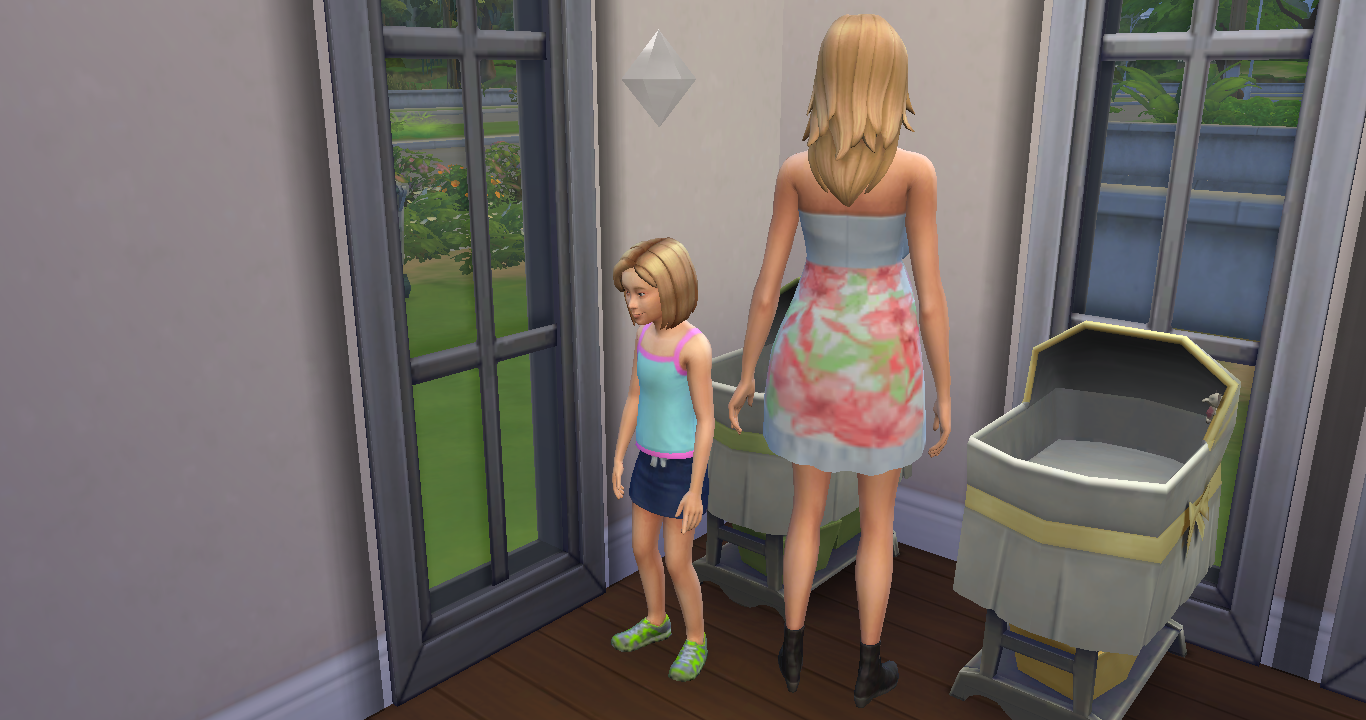 Kevin gets an A in school and moves out. 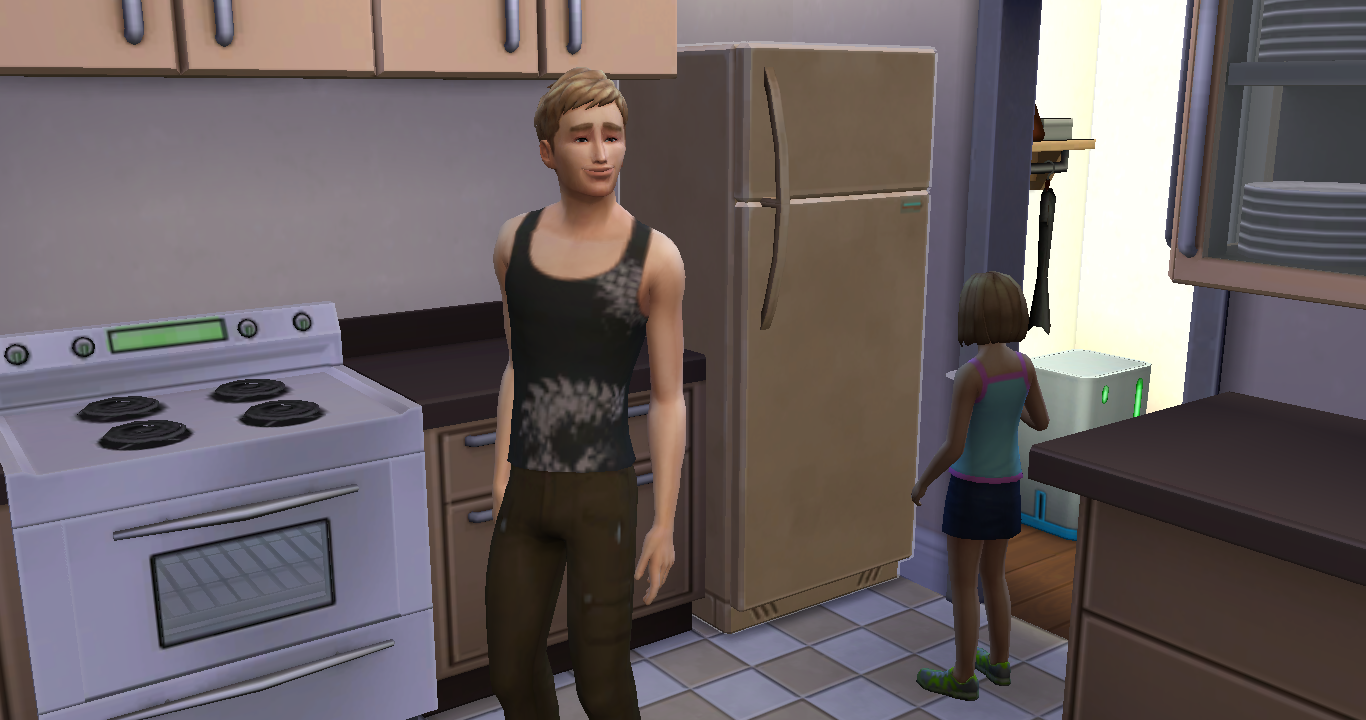 pic: Cliff gets an A and ages to teen.