In my last post I said there was no point in Raven having a baby.  Almost as soon as I started playing again after that post she had the whim to "try for baby with Spencer".  I was shocked and dismayed.  I could click it off and it would cost me 1,000 points or I could go ahead and try for baby.  Mabye she wouldn't get pregnant I thought. 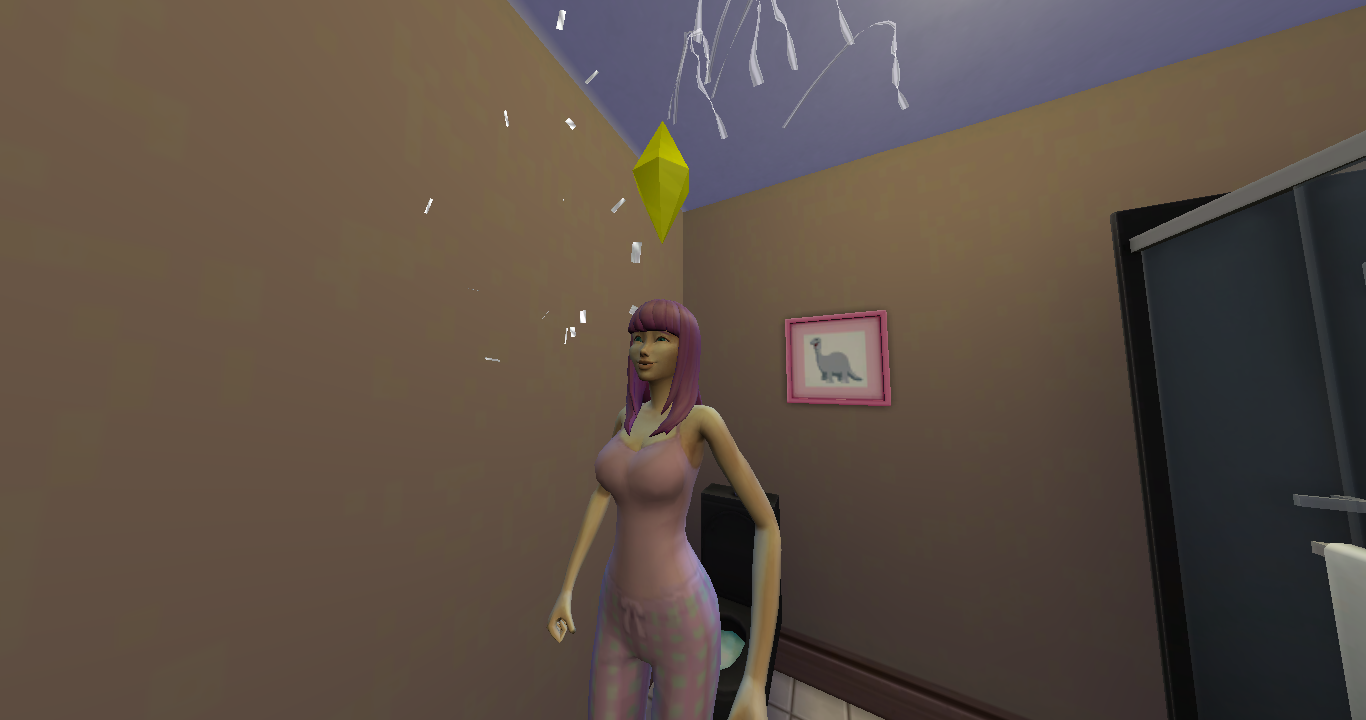 pic:  Raven discovers she is pregnant. 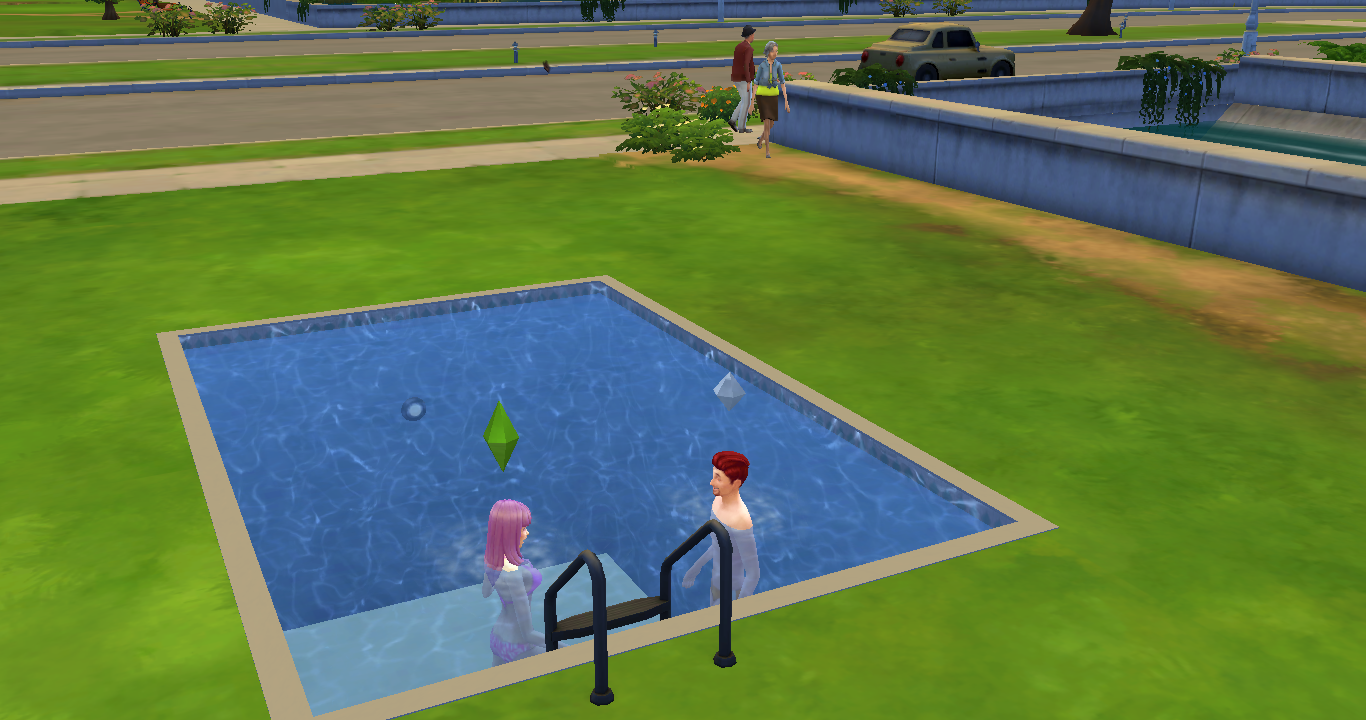 pic:  Raven and Spencer flirt in the pool.  She even splashed him which I didn't know you could do!  They completed the soulmate aspiration. 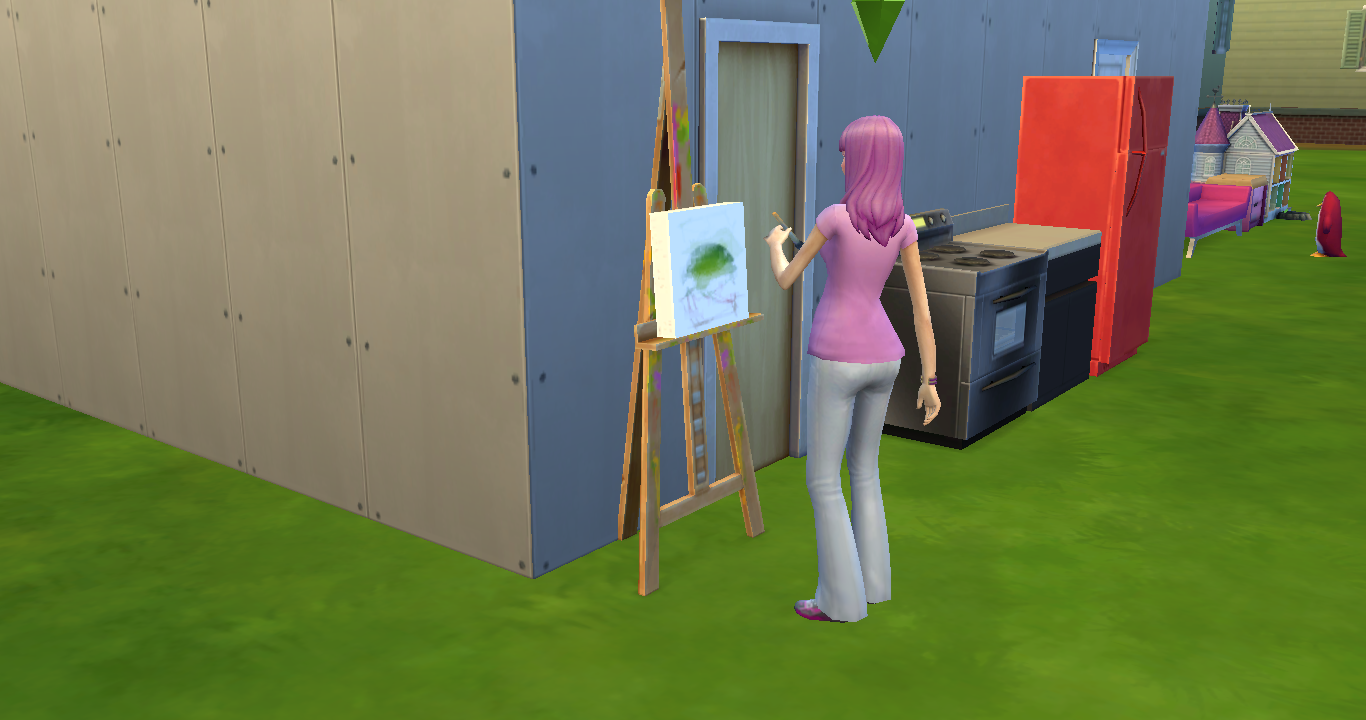 pic:  Raven in her third trimester.  She's so cute.  She's been uncomfortable a lot during her pregnancy which is gonna hurt my score. 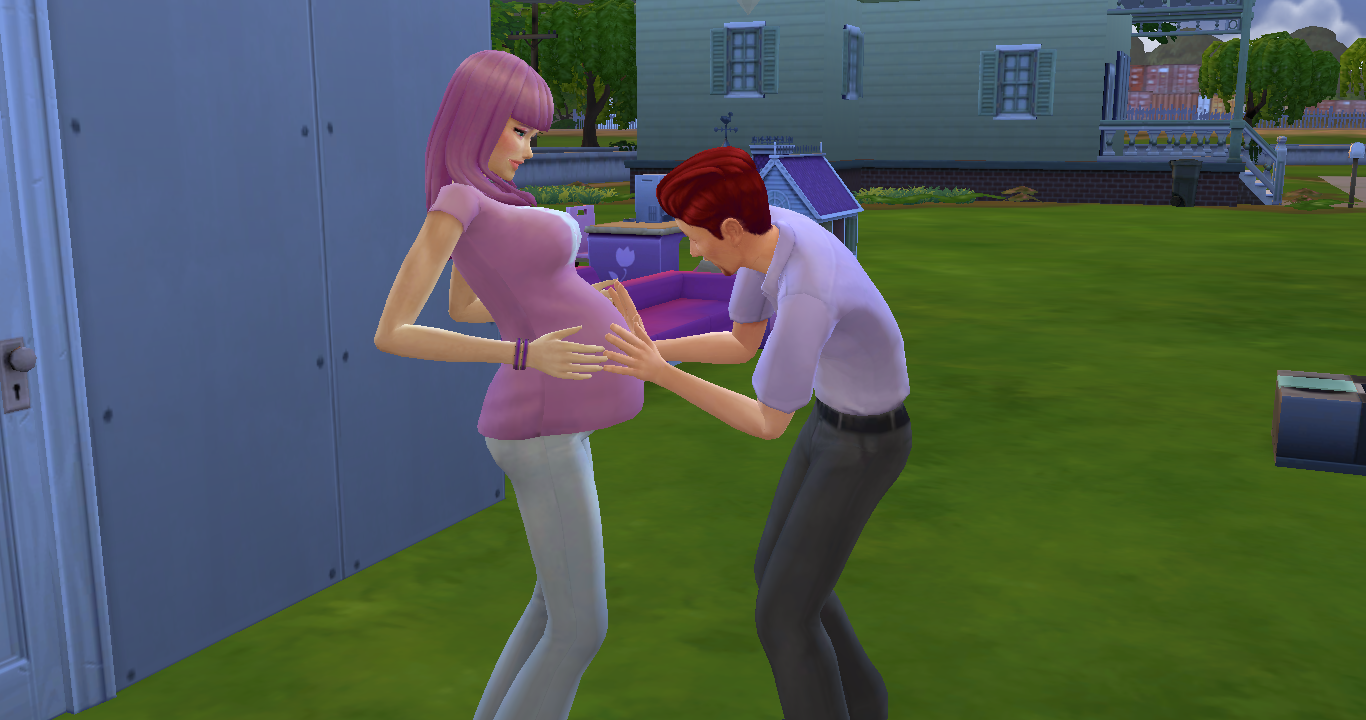 pic:  I love this interaction.  Spencer feeling the baby after work.  She went into labor shortly after. 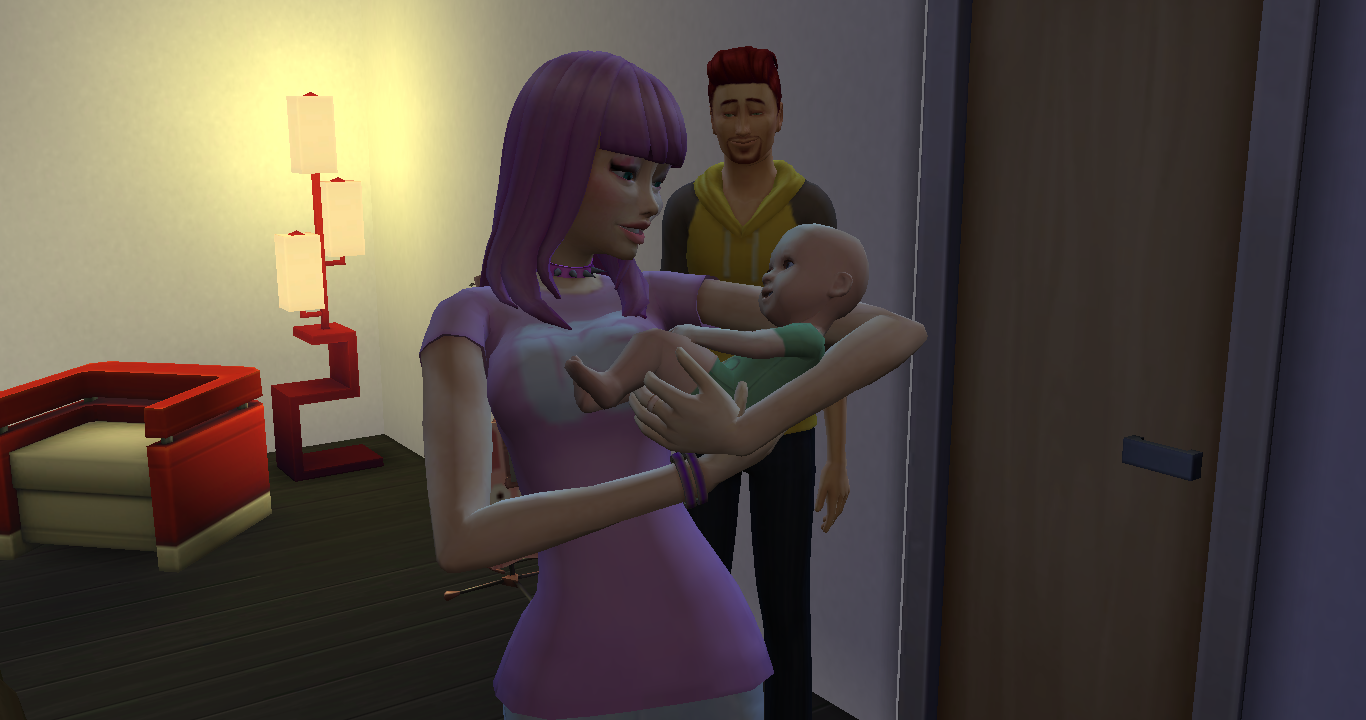 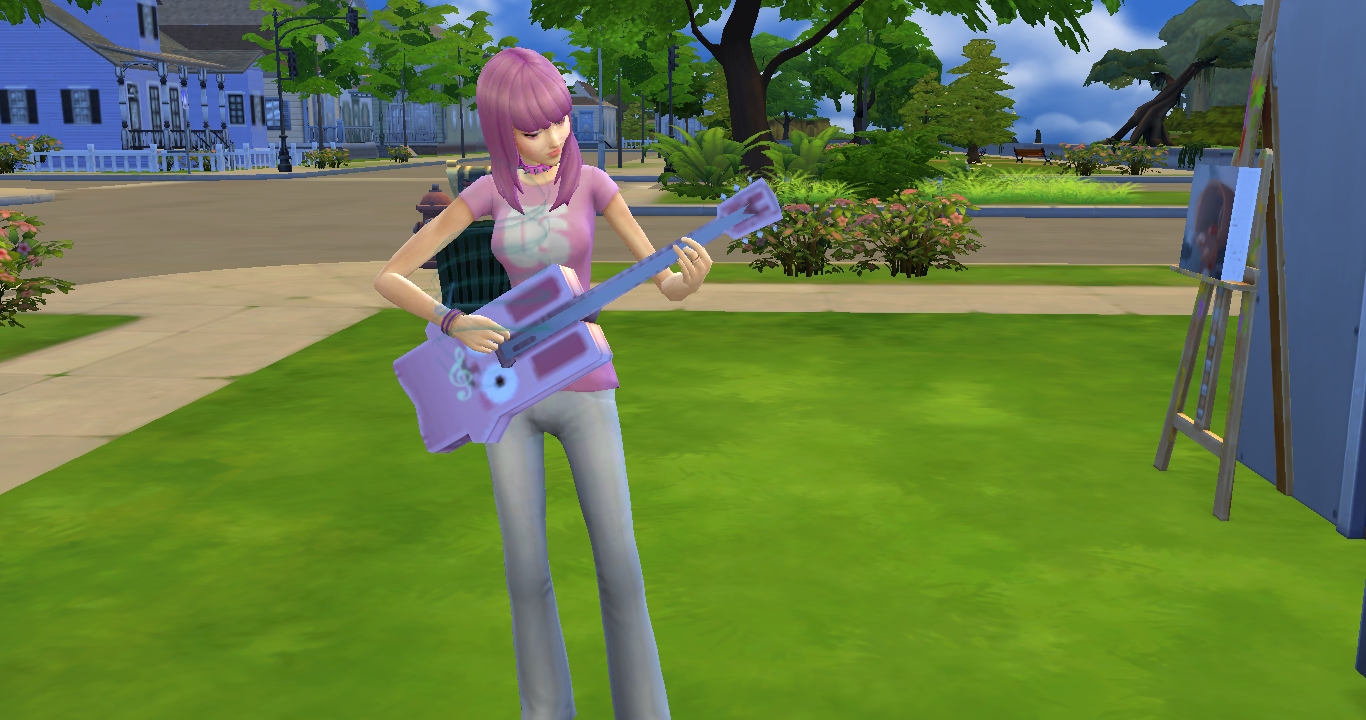 pic:  Raven starts the musical aspiration when she had a whim to play an instrument.  Shortly after she started she got a whim to get 50 simoleans in tips.  I have no clue how to do this. 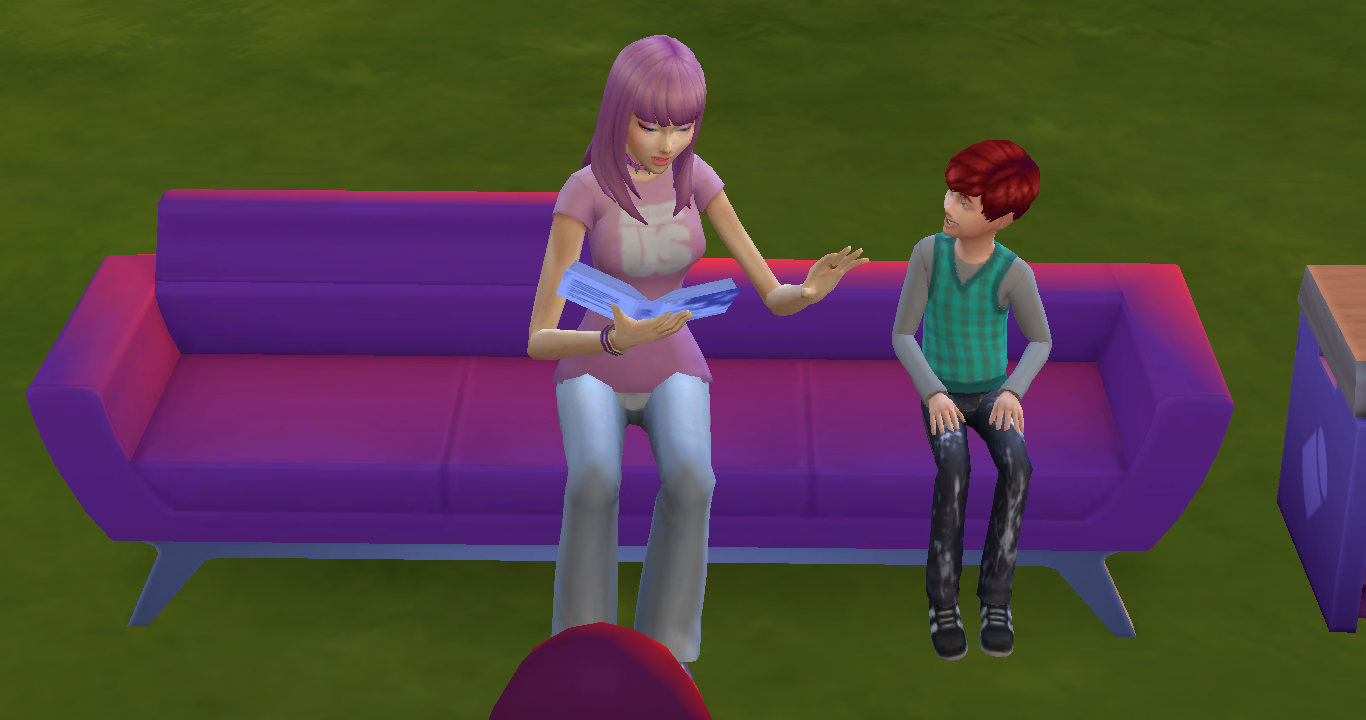 pic:  Xavier ages up and Mom reads to him for the successful lineage aspiration.

I have to say that this challenge hasn't ended up the way I had thought that it would.  But then again when you are following your sim's whims all of the time I guess you can't predict how it will go.