I decided that since Raven has so many friends she should have a birthday party. 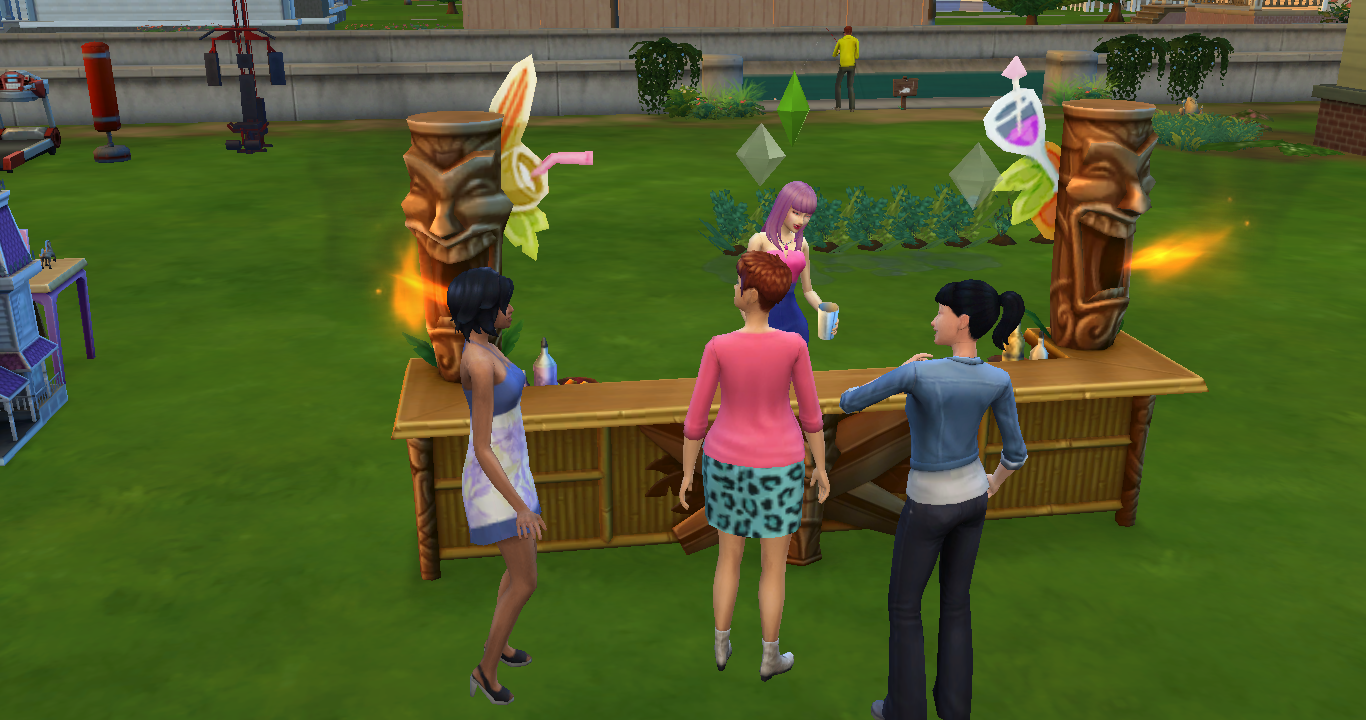 pic: Raven makes drinks as one of the steps needed to complete the party. 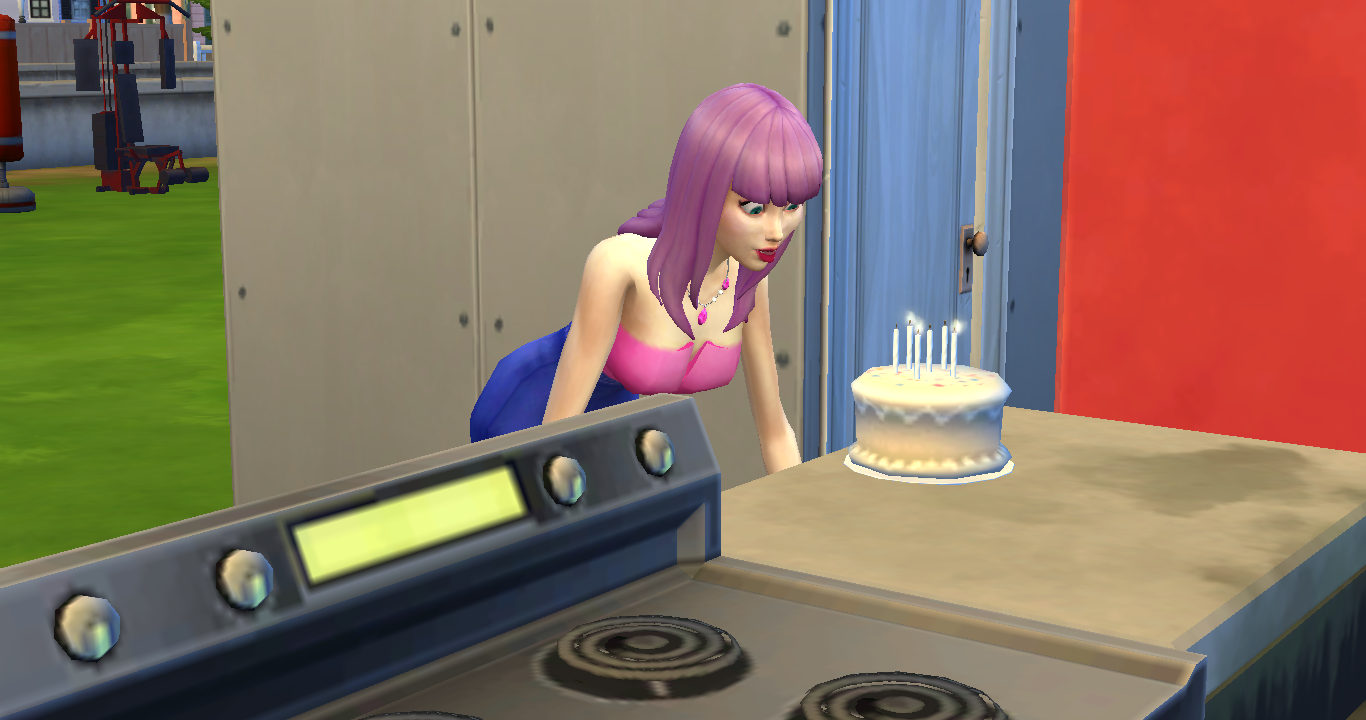 pic: When it becomes obvious that she's not going to get any reward for the party I just have her blow out the candles. 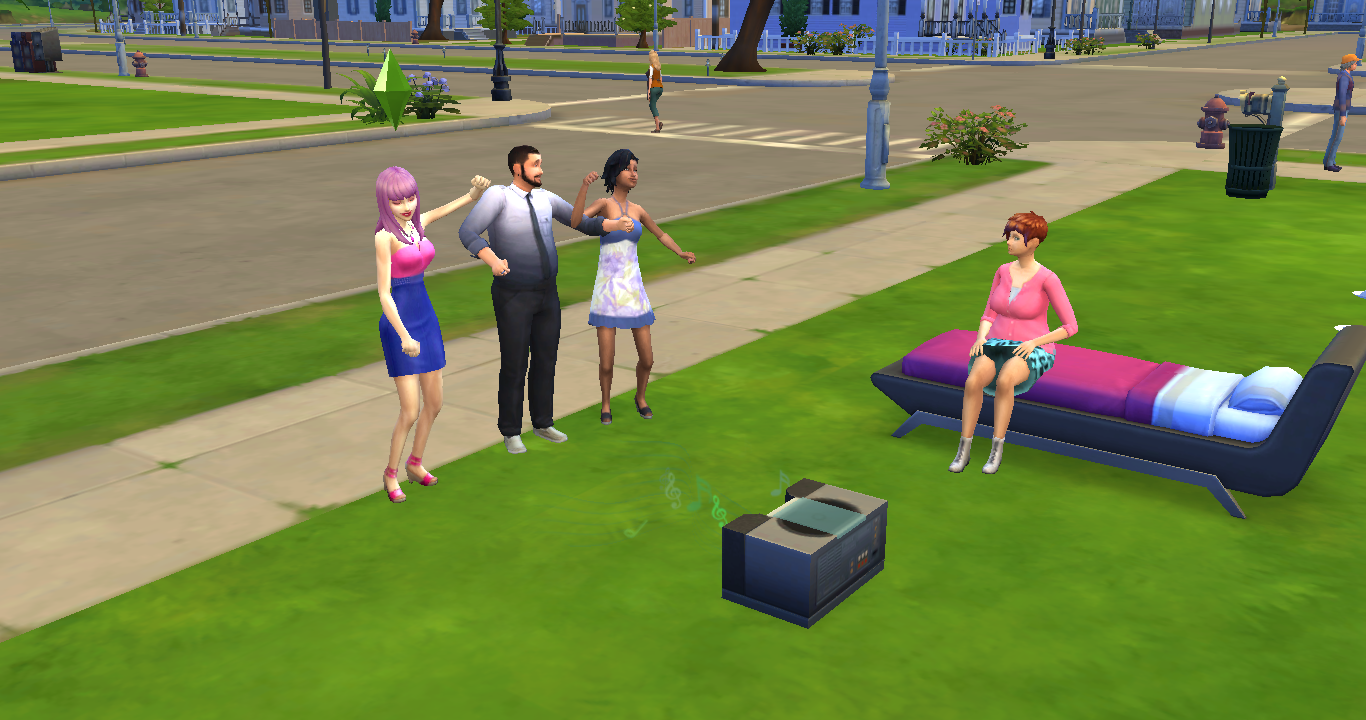 pic:  Some of her friends dance with her. 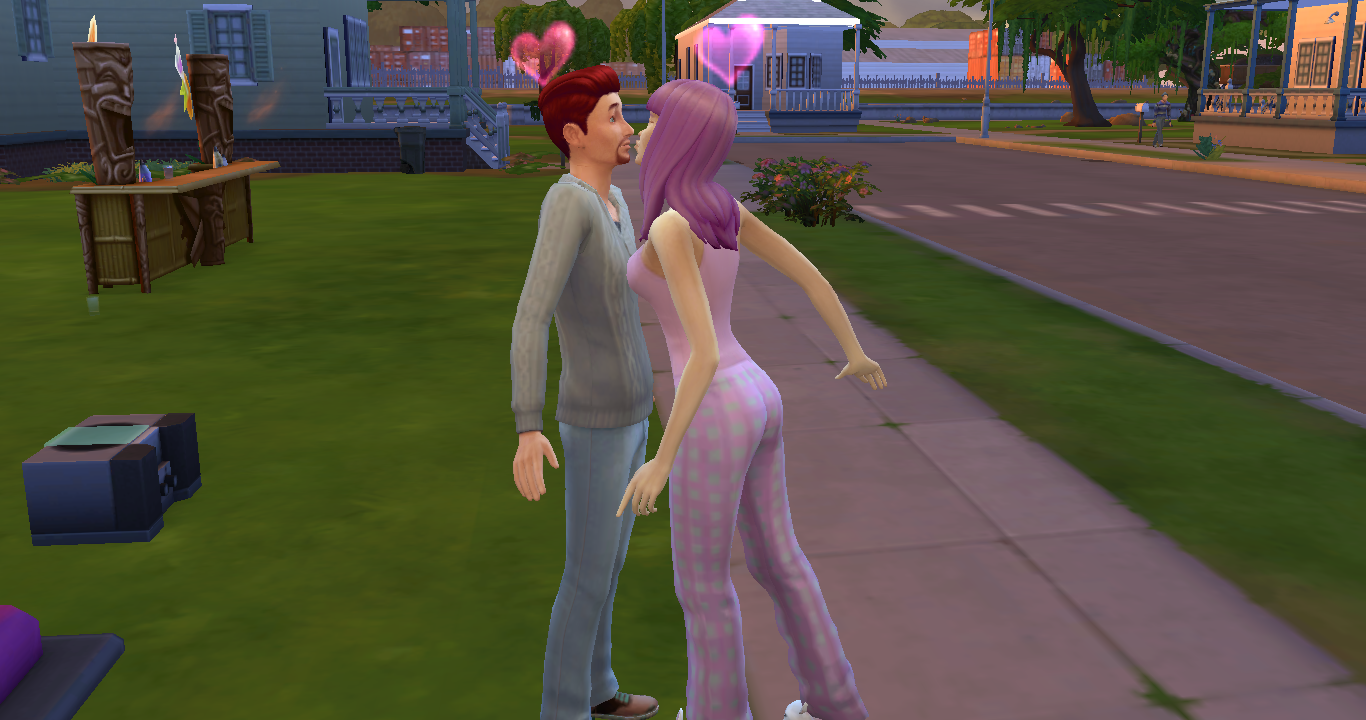 pic: After the party Raven keeps Spencer behind and flirts with him a bit.  Here is their first kiss. 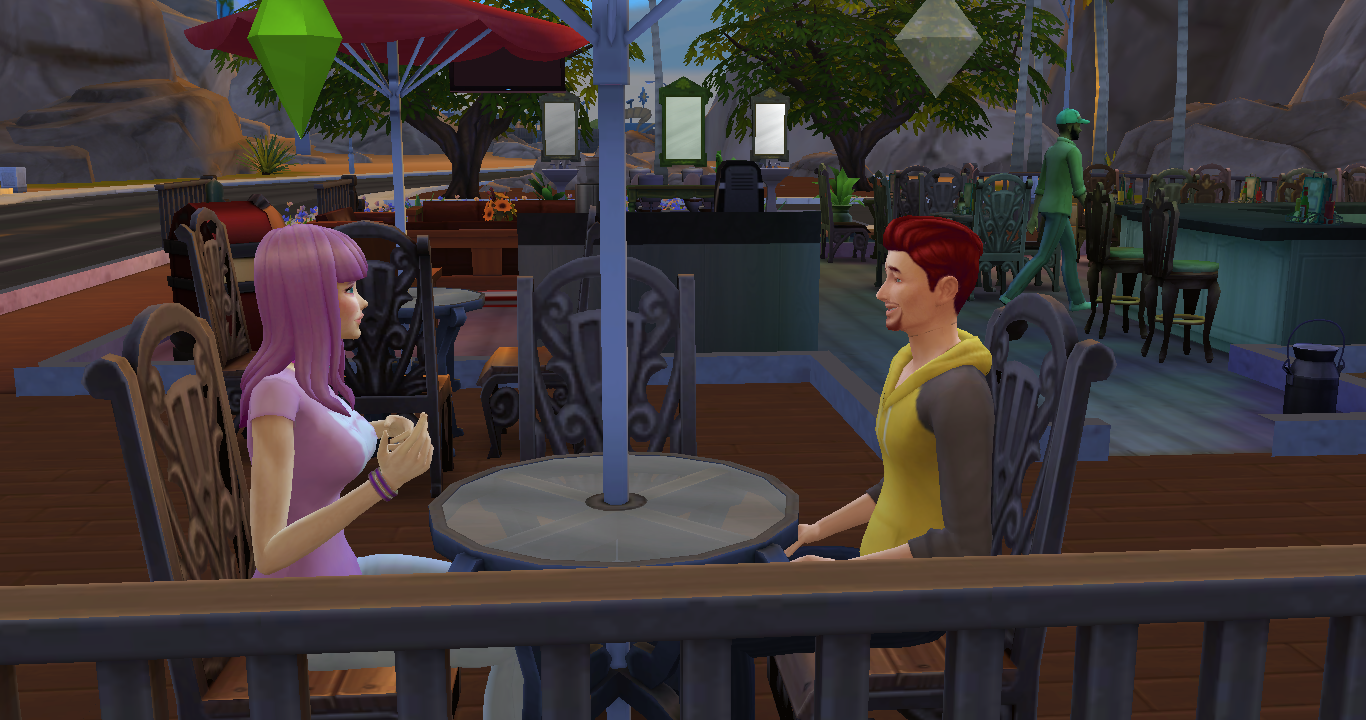 pic: Working on the Soulmate aspiration here is Raven and Spencer on their first date.

They had their second date at Raven's "house".  During the date Spencer suddenly spun and aged to elder! 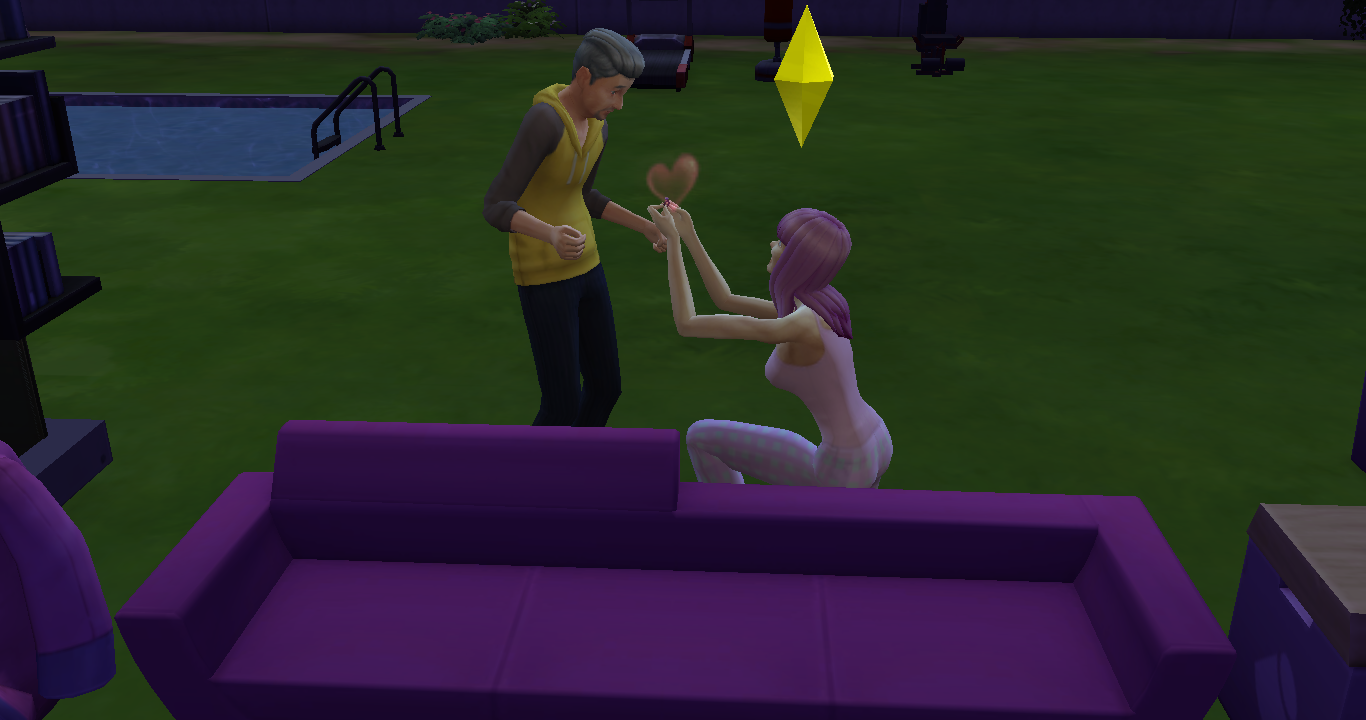 pic: Raven asks Spencer to marry her.  He says yes. 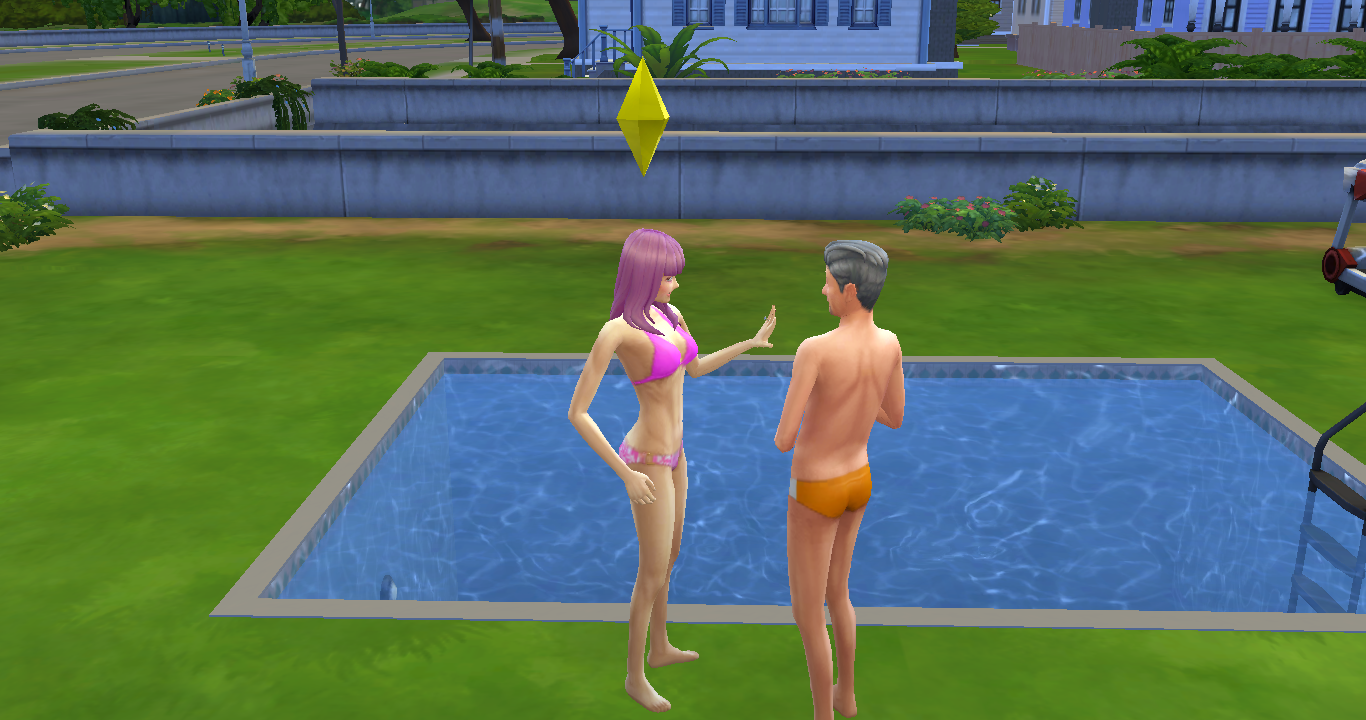 pic: They were standing by the pool when I clicked elope immediately.  It was the oddest thing, they both jumped into the pool then got out and got married!

Note: I used the cas cheat to make Spencer an adult again after he moved in.  They are currently on the last step of the Soulmate aspiration.  I had thought of having a kid to work on one of the family aspirations but changed my mind after looking at them.