TS4 Whim Challenge- ...And So It Ends

This is the story of Raven's last days... 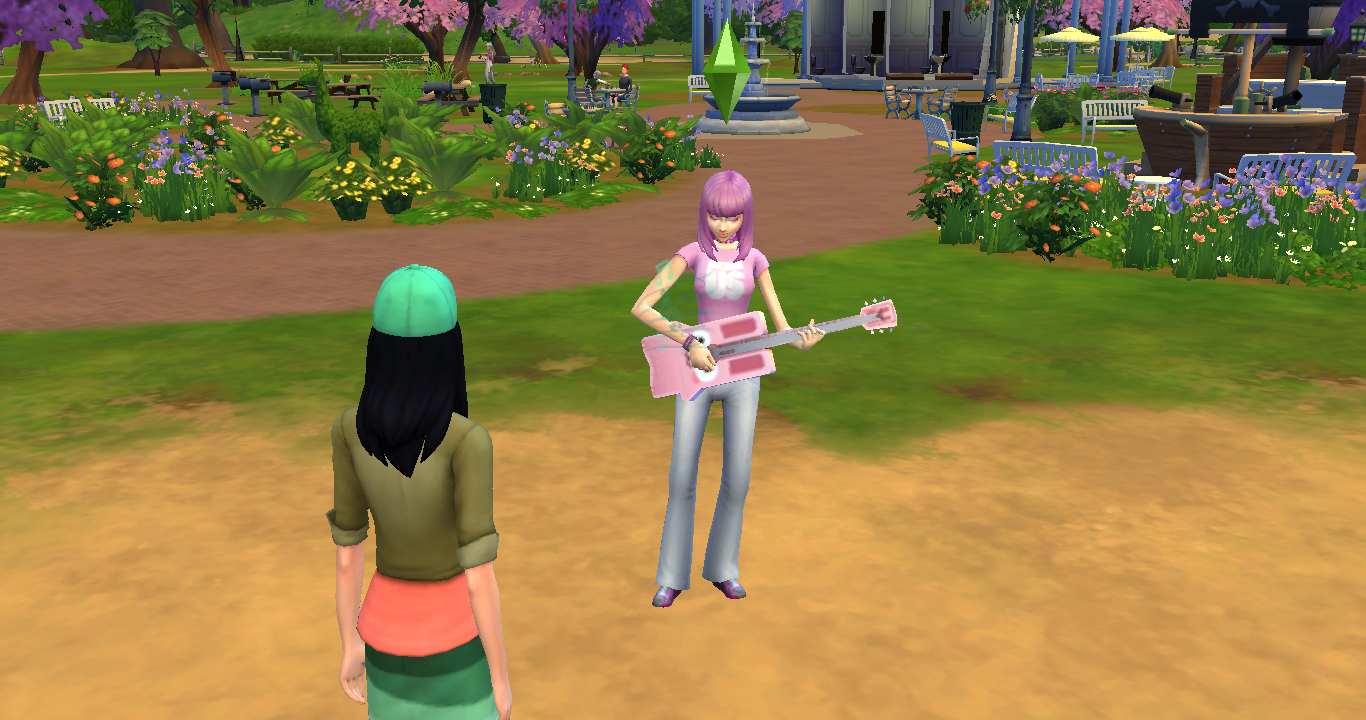 pic:  Deciding to try out the musical aspiration Raven gets the whim to play for tips.  The first time it took almost all day to get the 50 simoleans.

Most whims are go to the gym or play for tips.  It's really aggrivating. 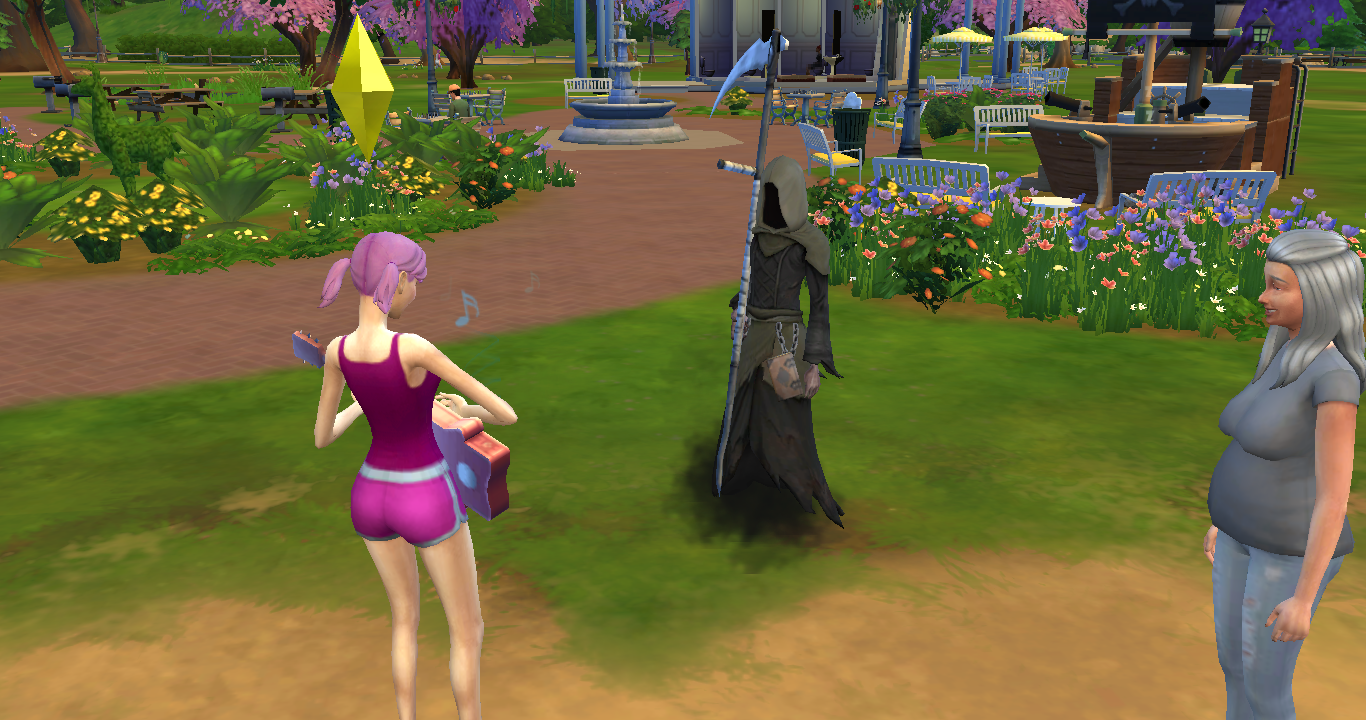 pic:  Someone had died at the park and after doing his deed Grim came over to listen to Raven play.

Other than whatever whims she has I have Raven painting most of the time.

Xavier finished his aspiration and got an A in school. 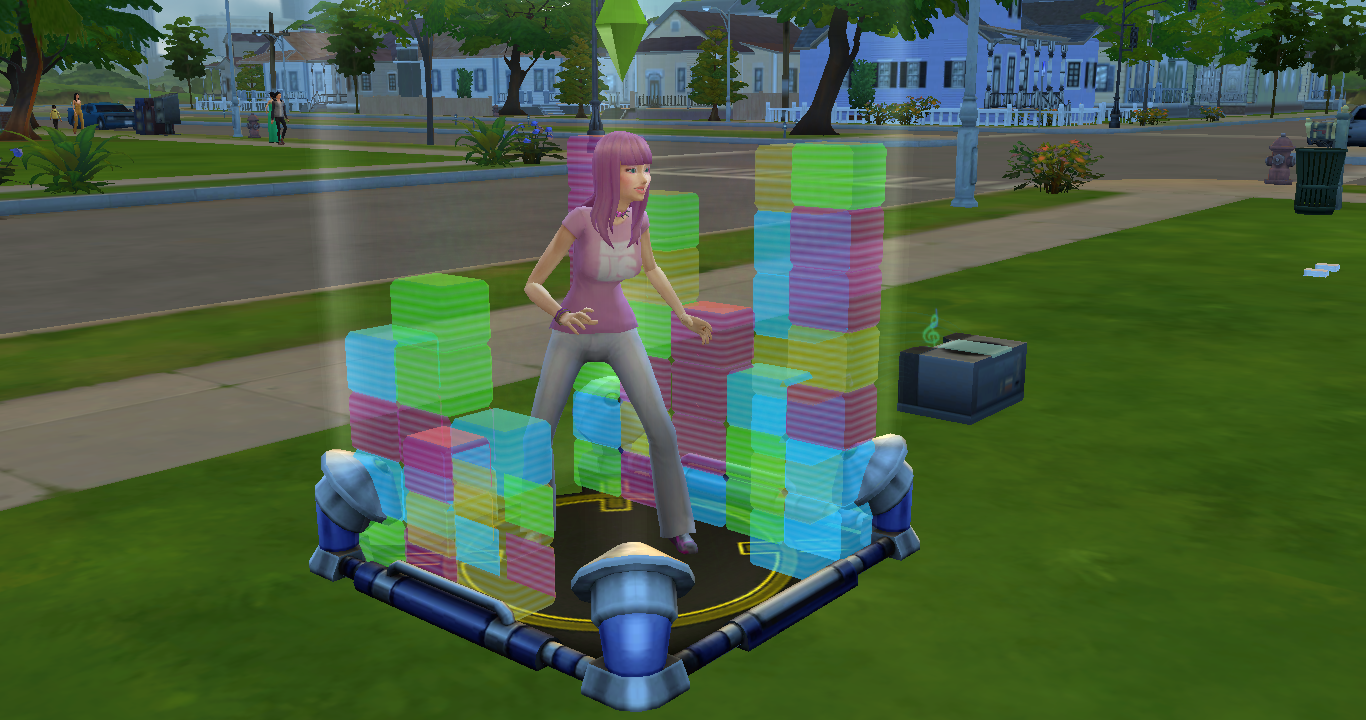 pic:  Raven had a whim to get a motion gaming rig when she was bored. 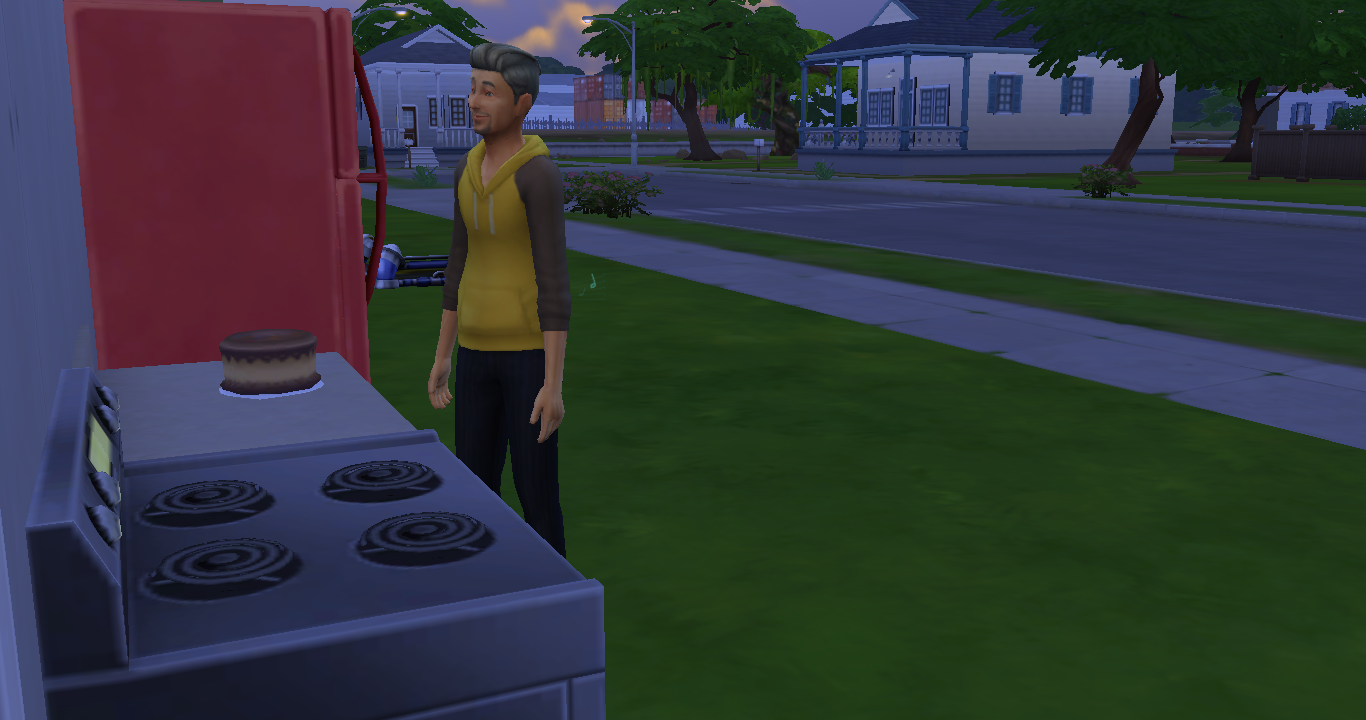 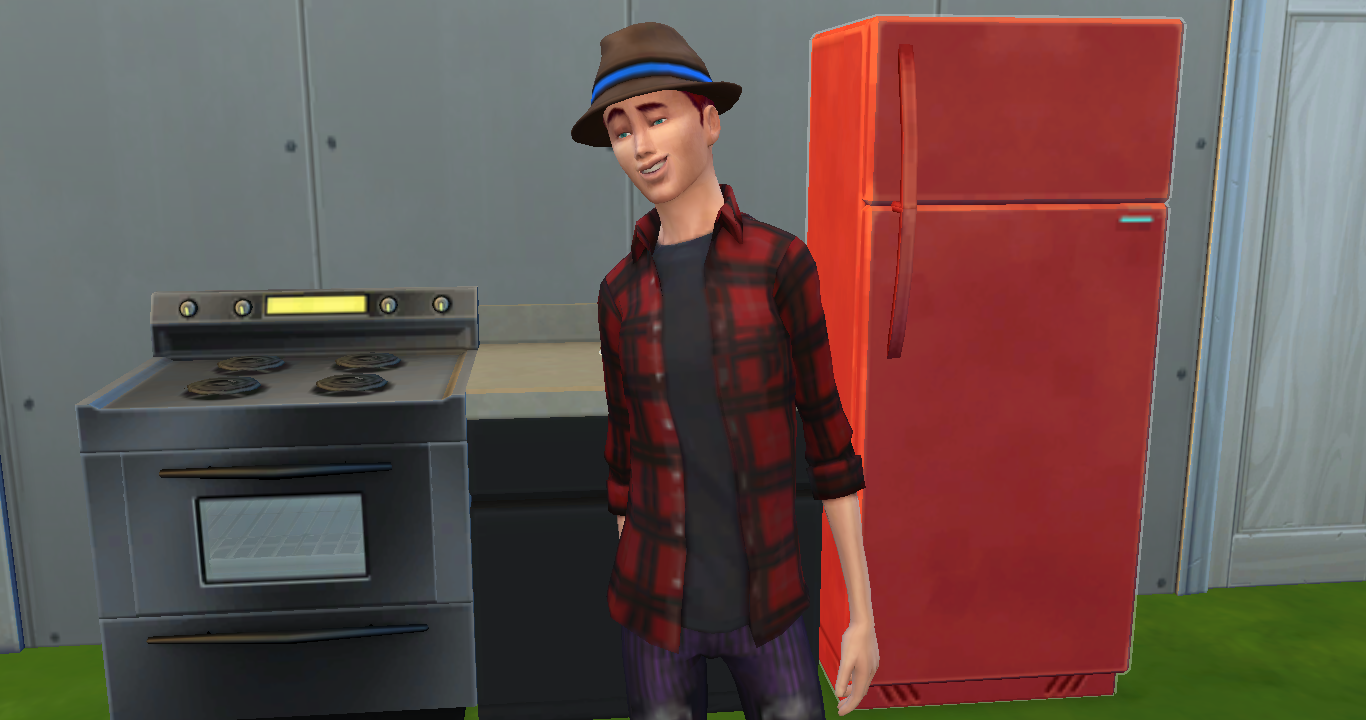 pic: The next day Xavier ages to teen. 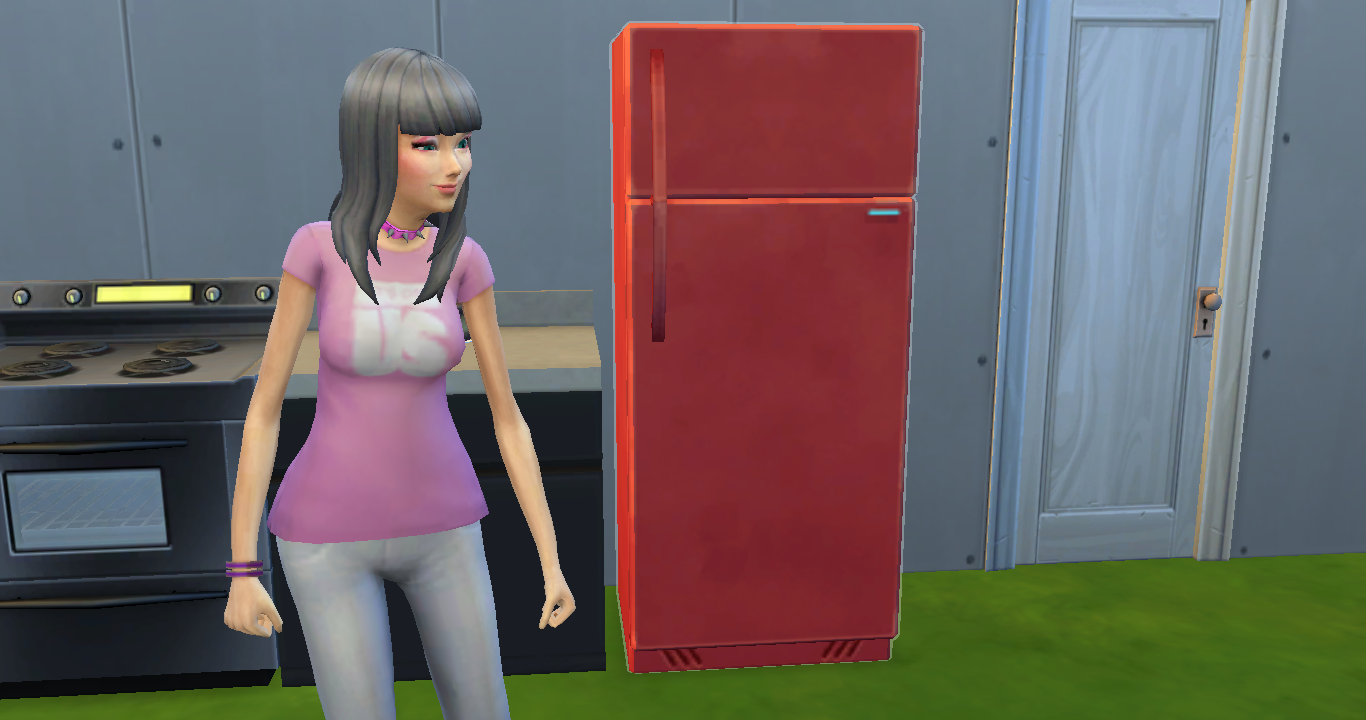 pic:  The same day Raven ages to elder.  I was so sad.

I got notice that it was almost Spencer's time so I had him retire from his job. 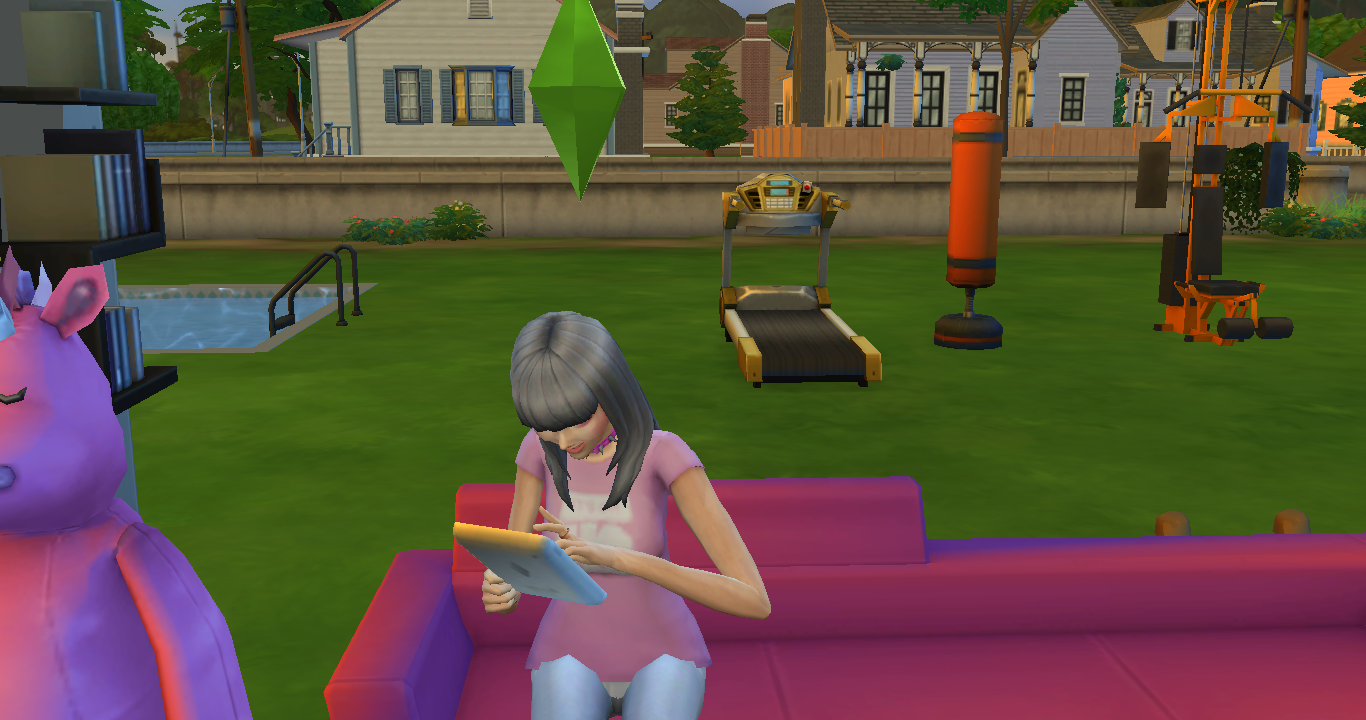 pic:  Raven had the whim to play with a tablet so I had to buy one.  It's the first time I've bought one.

I got a notice that it's almost Raven's time, this made me really sad.

I gave up on the music aspiration and had Raven start working on the writing aspiration instead. 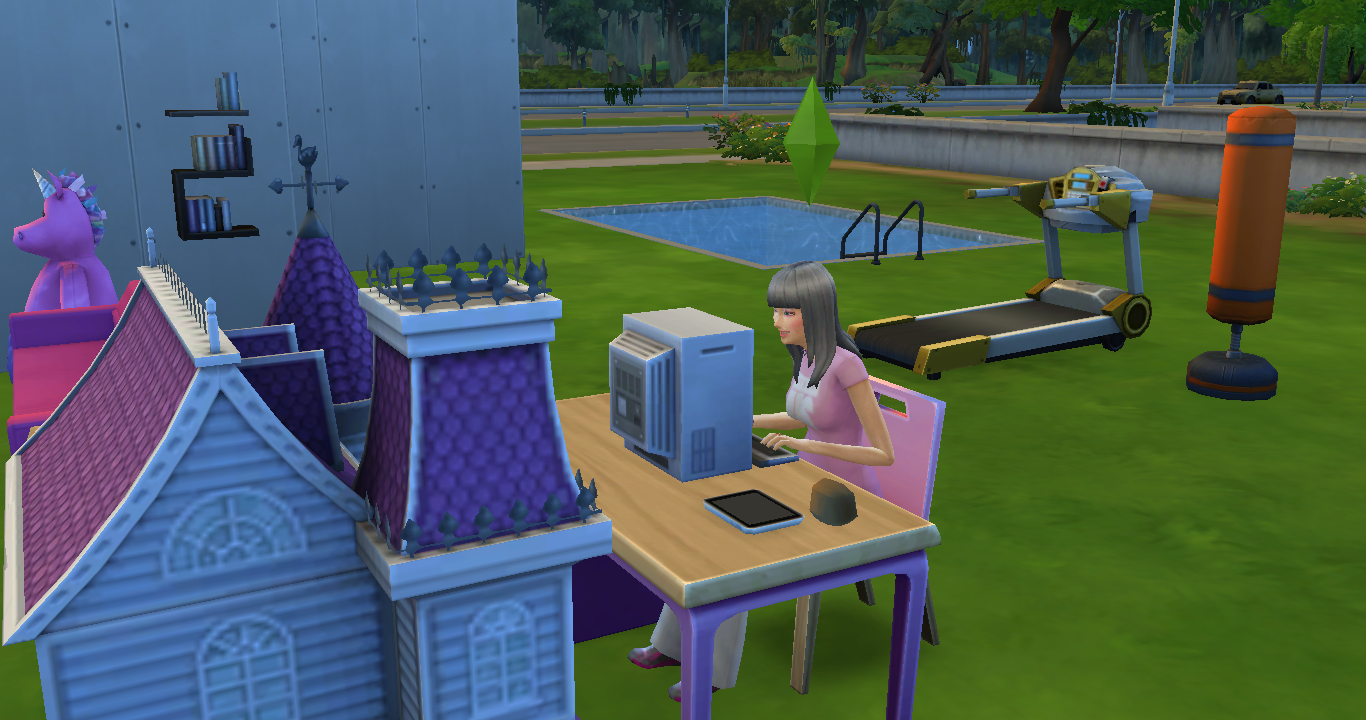 Near the end I felt like I was just waiting for them to die.  It's kinda morbid really. 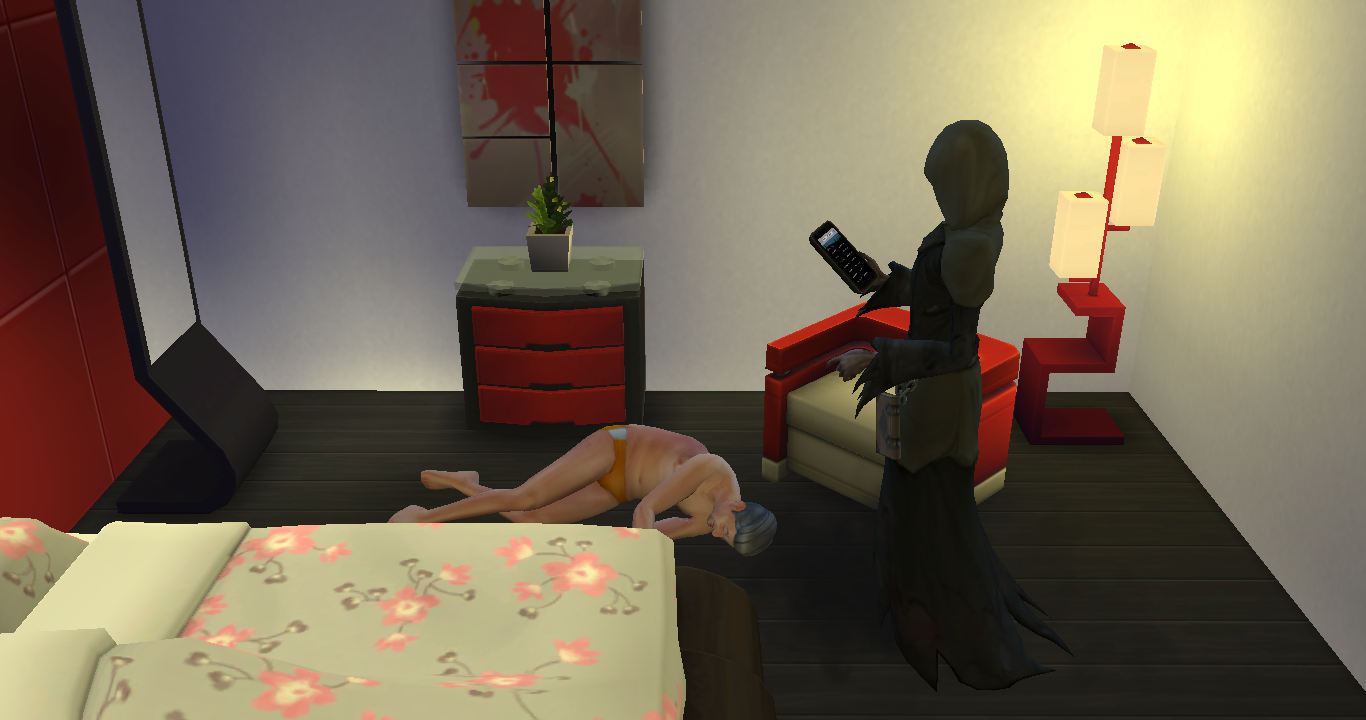 pic:  Spencer passes away.  He had been swimming and came in bed for a nap.  Raven slept in the bed having no idea he had died. 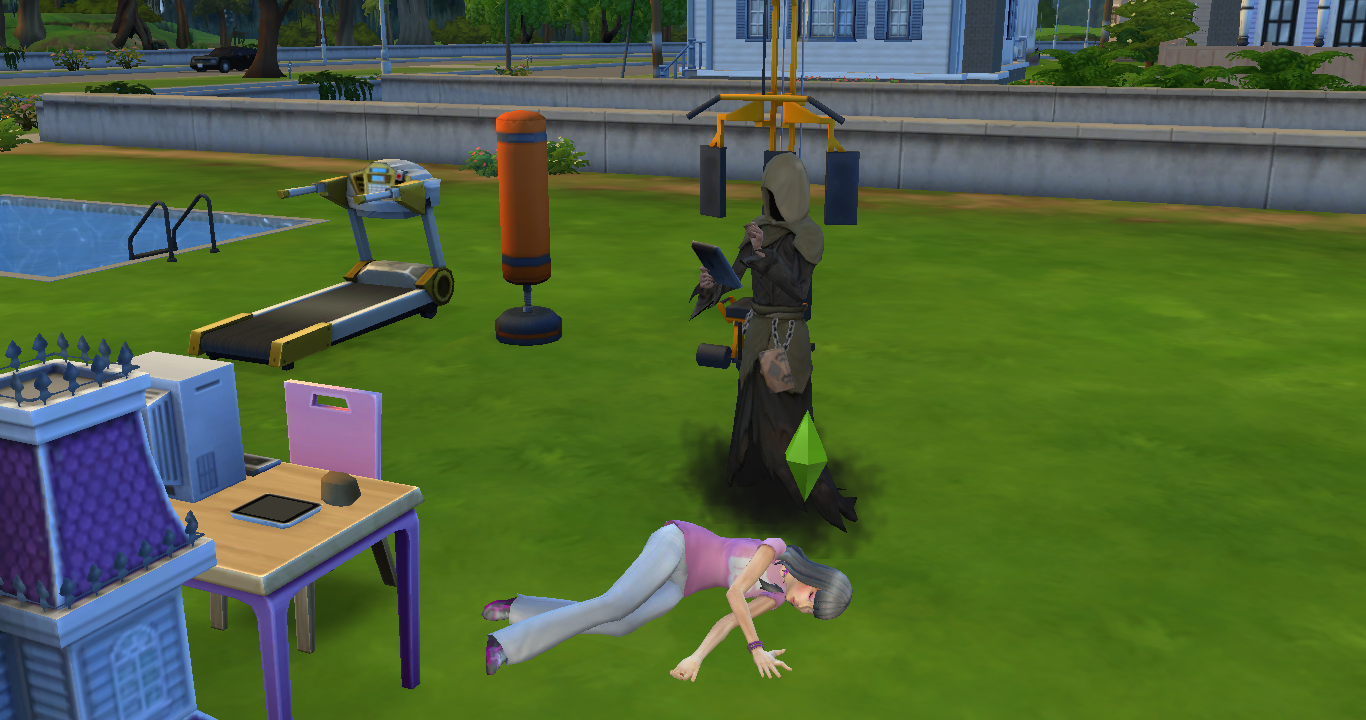 pic:  Raven dies the morning after Spencer.  One minute she's writing a book and the next she's waving her arm and collapsing.  So sad. 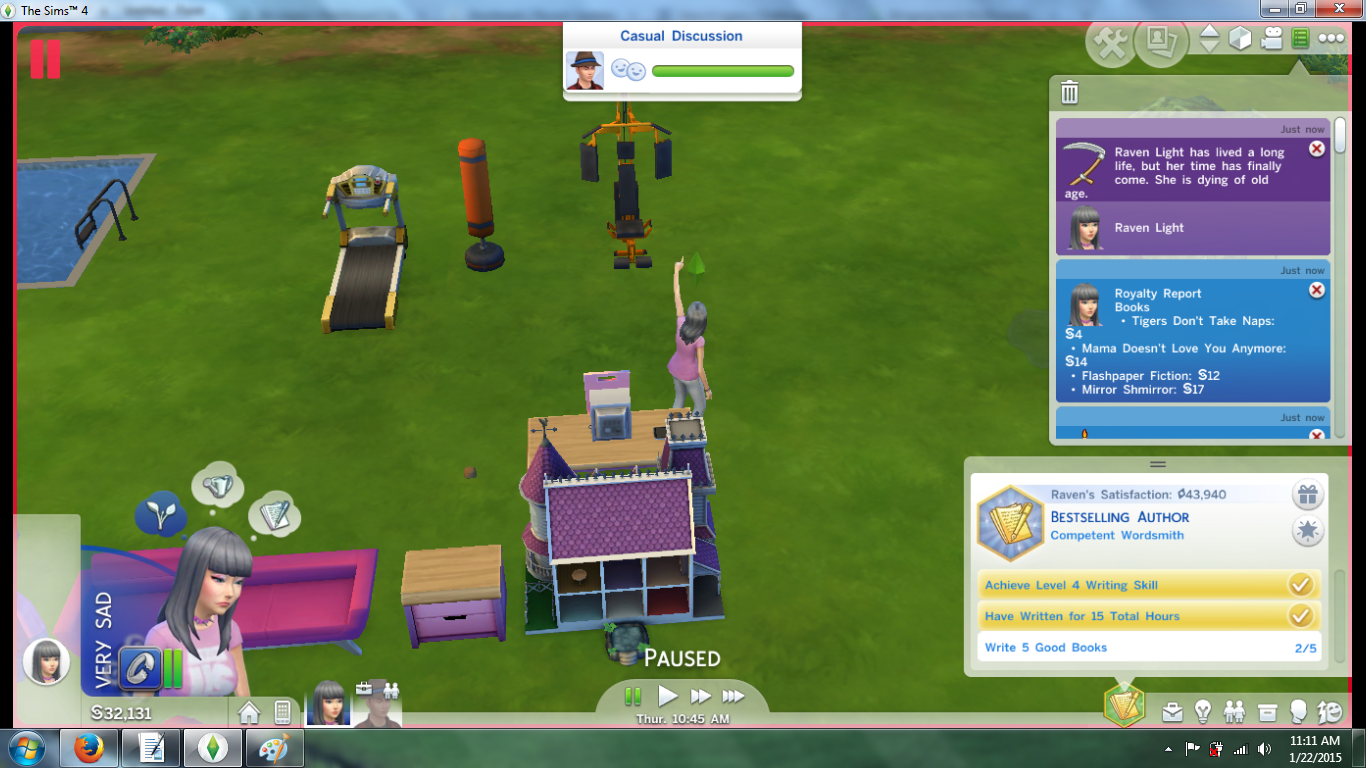 It's hard to see in the picture but her satisfaction points were 43,940. 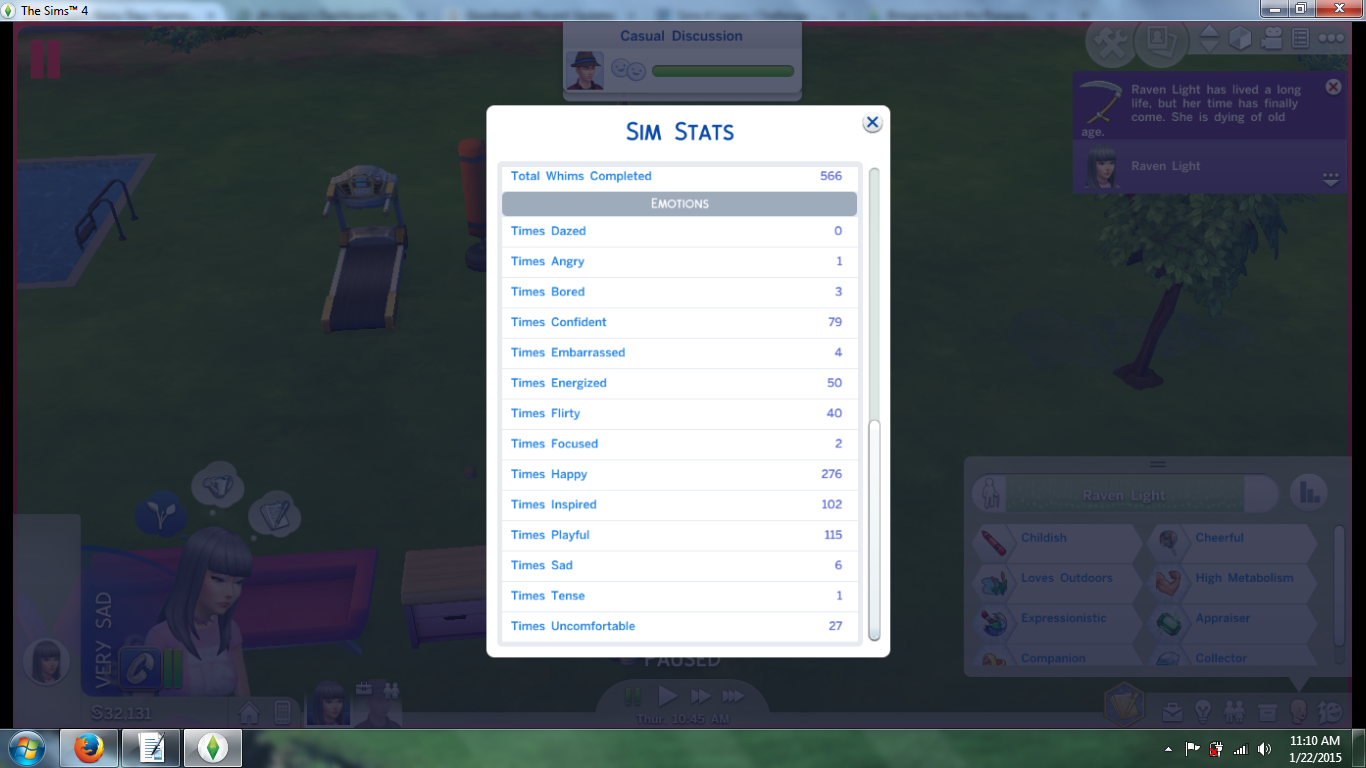 Here's the required snap of the sim stats.  It's hard to read as well.