As you might remember from my first post I just threw all of Raven's furniture out on the lawn.  Including the shower.  I guess that was a bad idea because a jogger saw her showering and she got embarassed!  I didn't know people jogging by could do that!  So I got the cheapest pre-made bathroom and replaced the tub with her shower.  No more peeping Toms!  That's minus points for me for her getting embarassed.  Ugh.

For awhile Raven kept getting fishing whims so she worked on her Angling Ace aspiration. 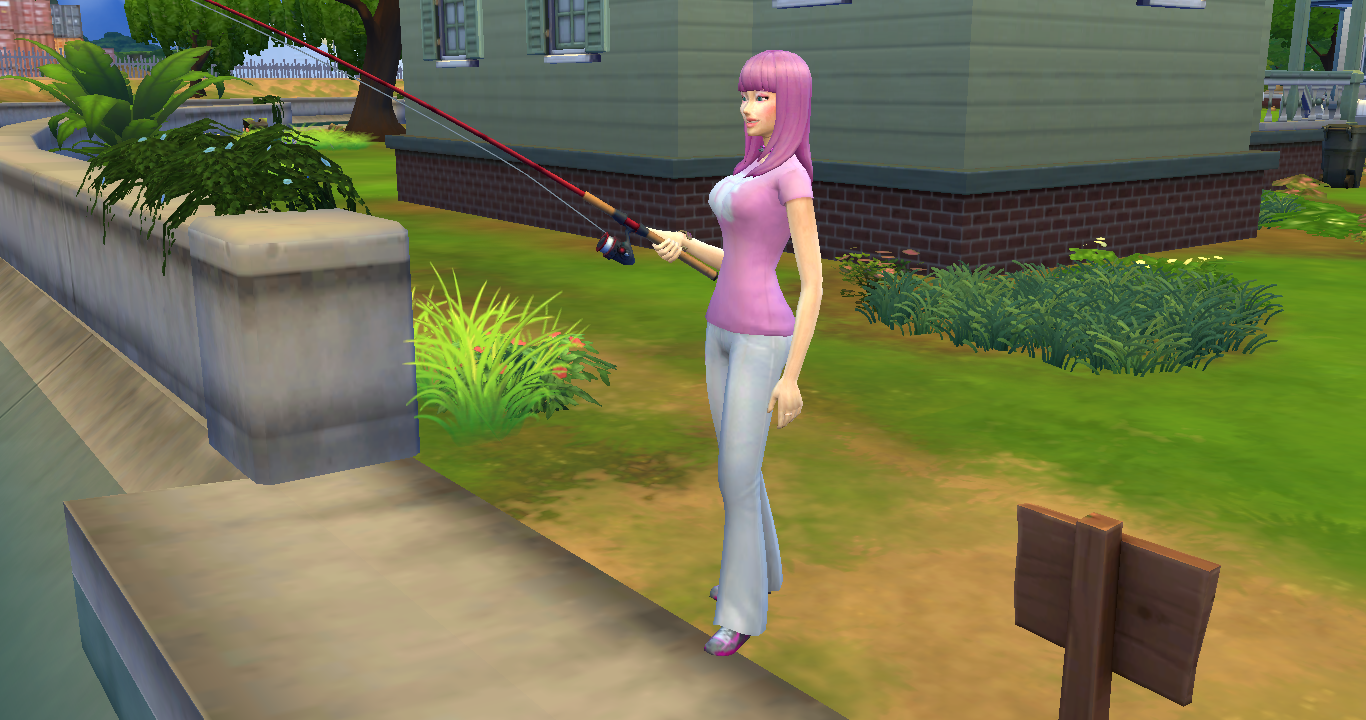 pic: This is the reason I picked this lot.  It has a convenient fishing spot right on it.

Then I decided I'd better work on her curator aspiration and had her going through the neighborhood and sometimes the parks daily to dig up things and collect frogs.  Suddenly the parks didn't have any dig sites anymore.  I don't know what happened.  Luckily she has completed the aspiration all but needing to finish a collection.  I'm going to try to finish the frogs collection. 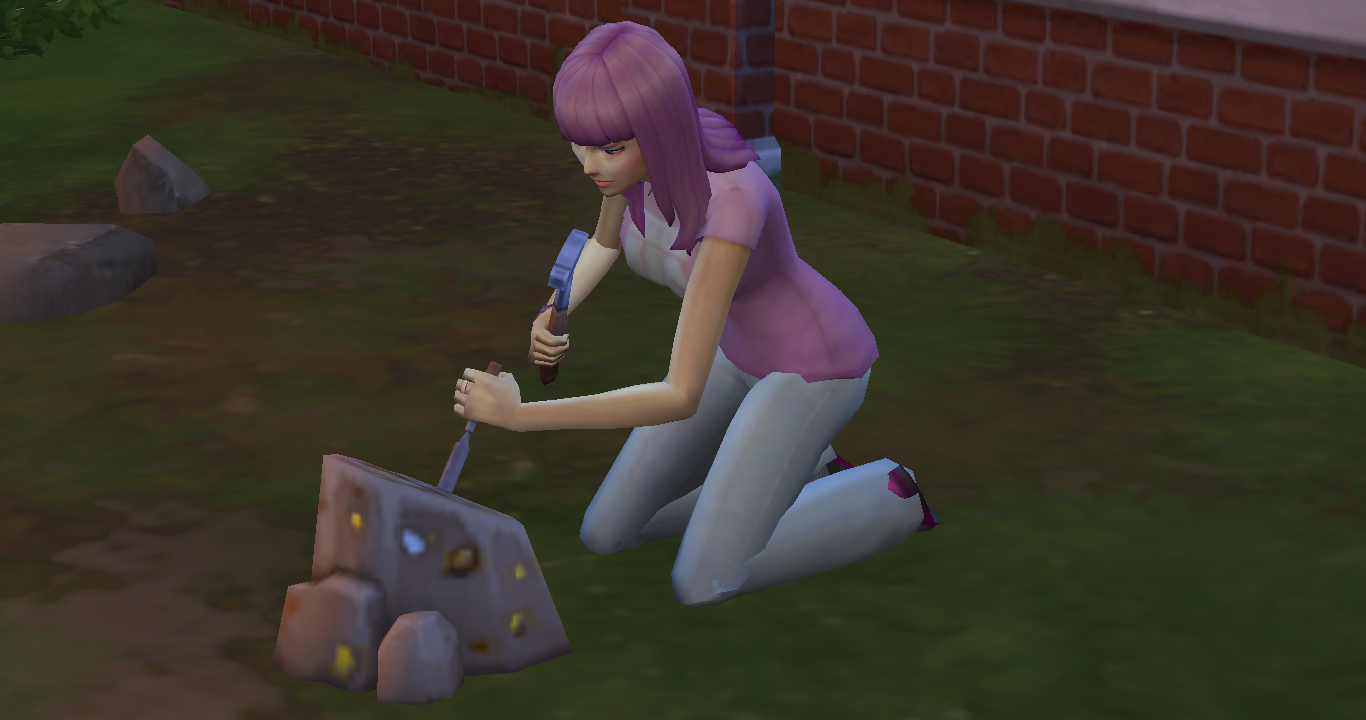 pic: Raven didn't get many whims for collecting. The one she got took forever for her to complete.

She had a whim to chat and a whim to tell a joke so she stopped a random guy and told him a joke.  This happens quite often.  I wouldn't have picked the cheerful trait if I had known she was going to have to be so social.  I'm now working on the Friend of the World aspiration since she keeps wanting to talk to people.  The whims that annoy me the most are the ones to chat with a specific sim.  Like "get to know so and so".  So I have to call them over to her lot and get to know them.

Other than that her whims are either to cook, buy a toy or play with a toy.  Oh and to watch kids network on tv.  I'm really glad I kept the childish trait because the whims are fun.  She's had so many "buy a toy" whims I bought a toybox.  I predict she'll have all the toys by the end of the challenge.  Perhaps more than one of each. 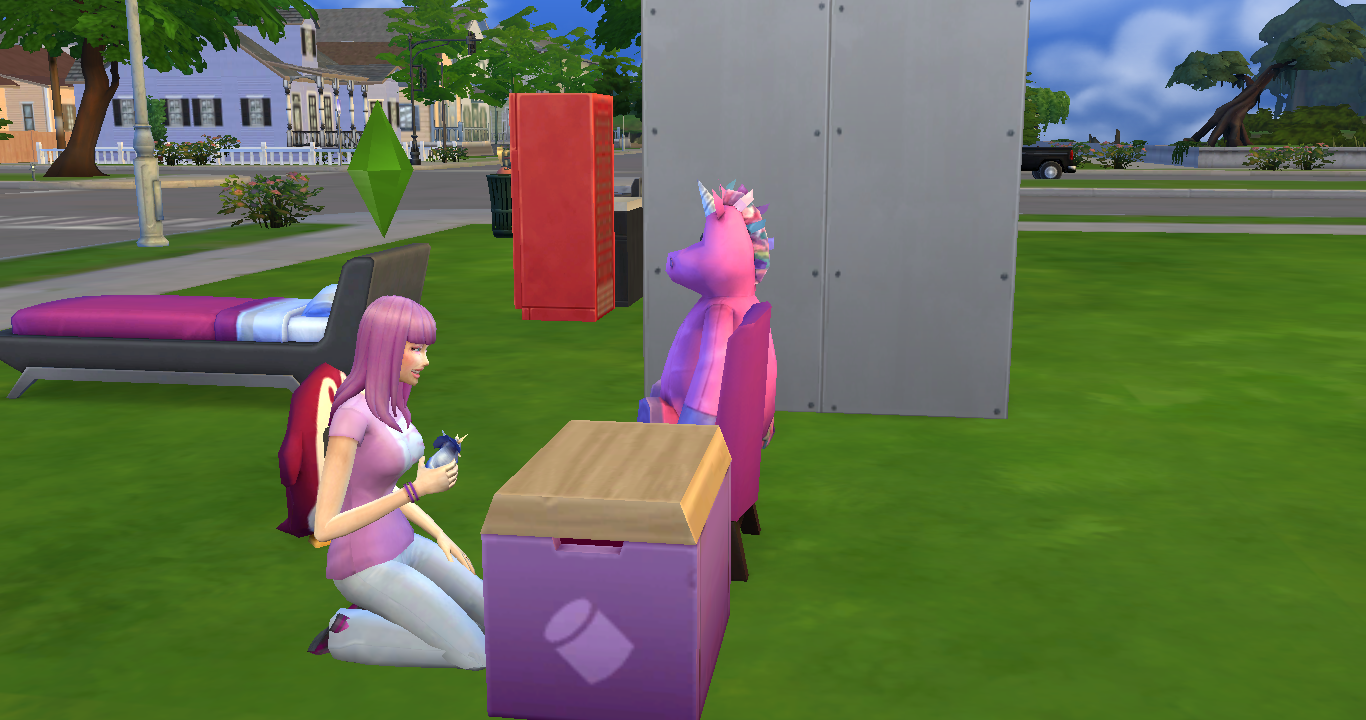 pic: Raven playing with a toy from her toybox.  As you can see she is still outside and loving it.  A few things have been added per her whims like the chair next to the toybox and a stove that I'm afraid to let her use.  She's been eating nothing but salads.