TS4 Baby Challenge- In the Homestretch!

Raven had 5 days until she aged to elder.  Time flies!  I wondered how many pregnancies I could fit in that time. 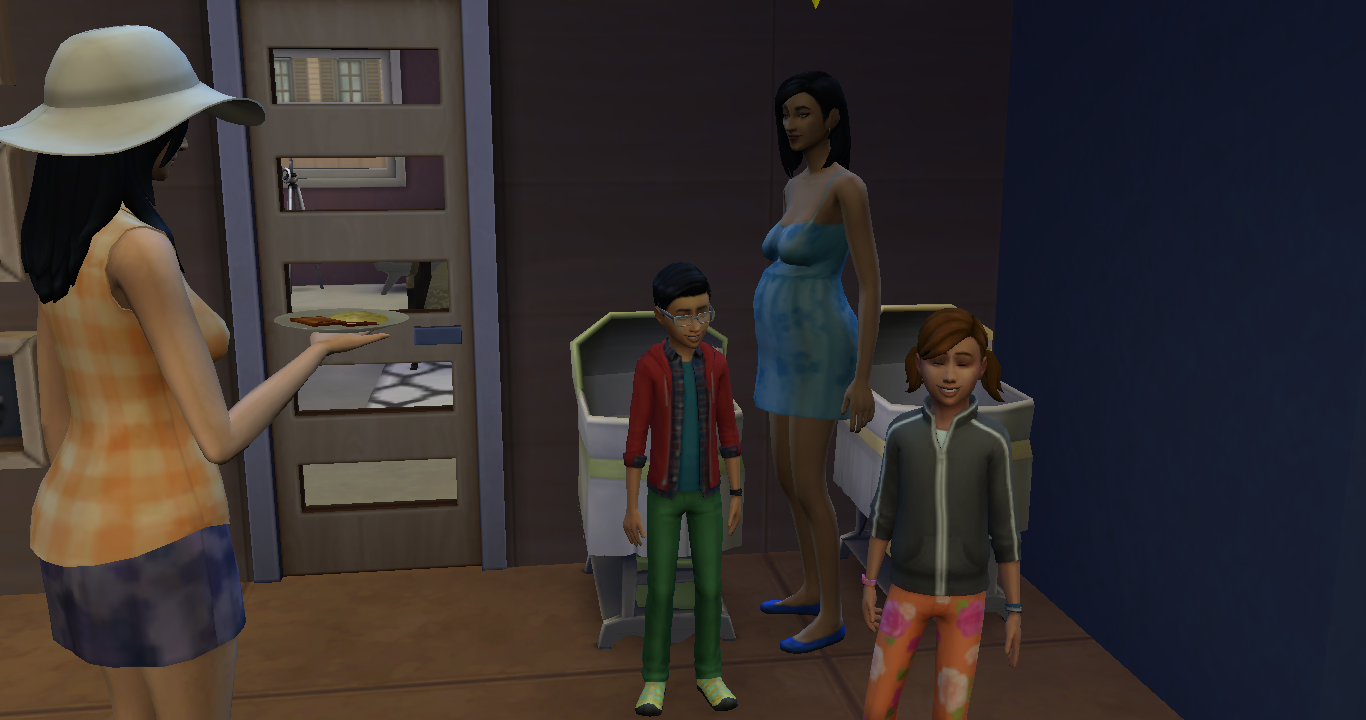 pic: Kerri and Anthony age up to children.

Dillan gets an A and moves out. 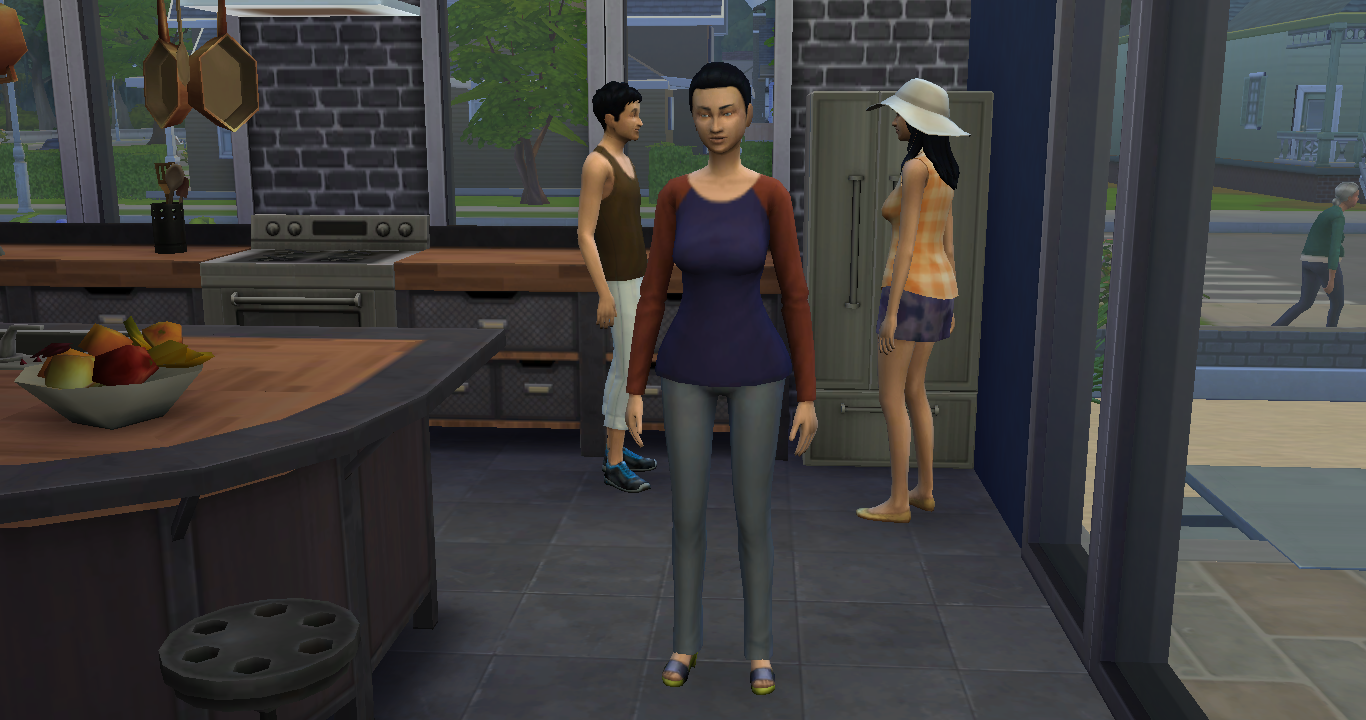 pic:  Heather gets an A and ages to teen.

Betsy gets an A and moves out.

Raven invites Quentin Forbes to the house and is pregnant again.

Raven takes the kids on vacation, leaving the twin babies "with the nanny". 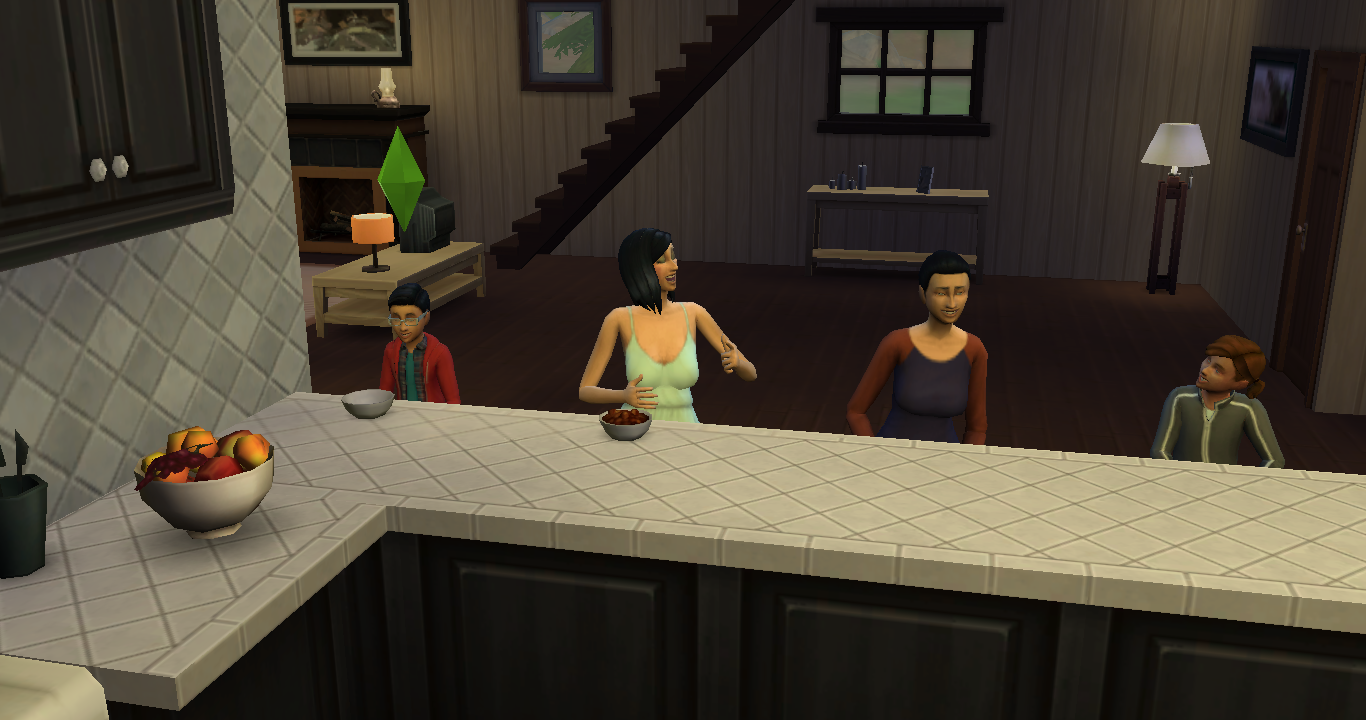 pic:  Anthony, Raven, Heather and Keri chatting at the cabin. 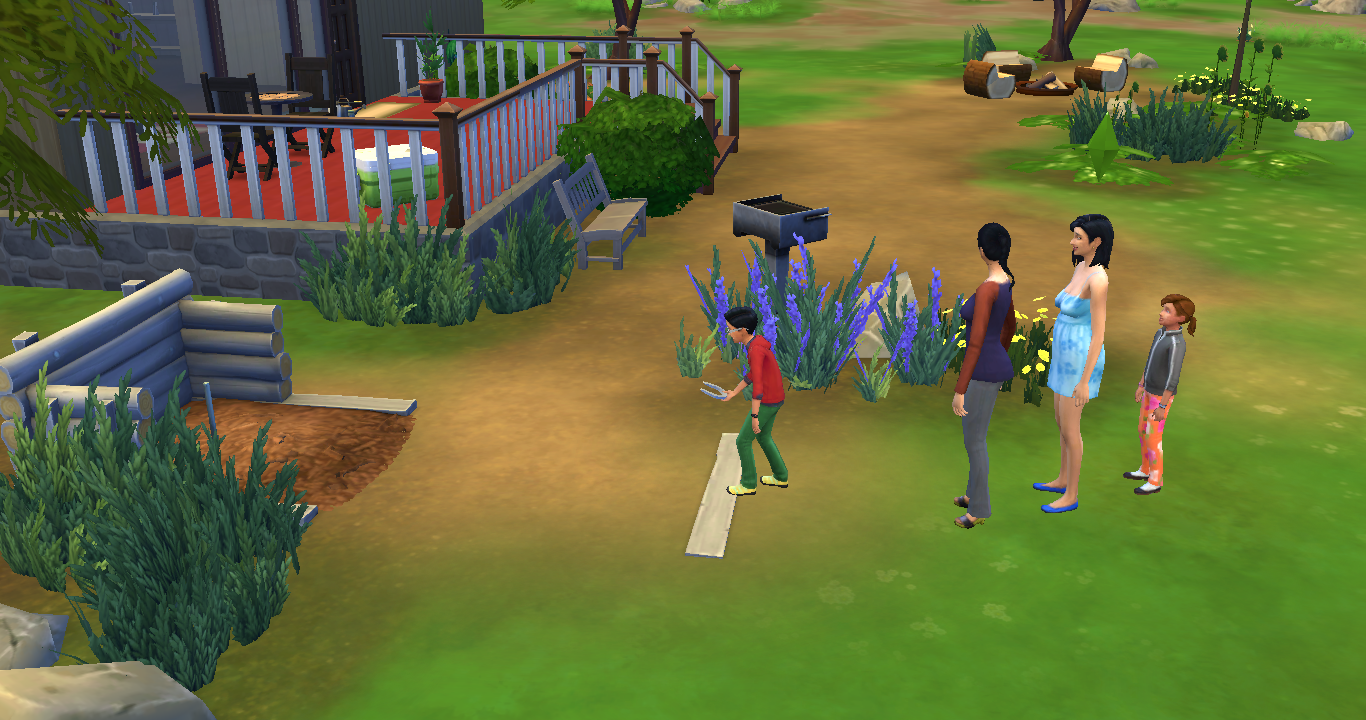 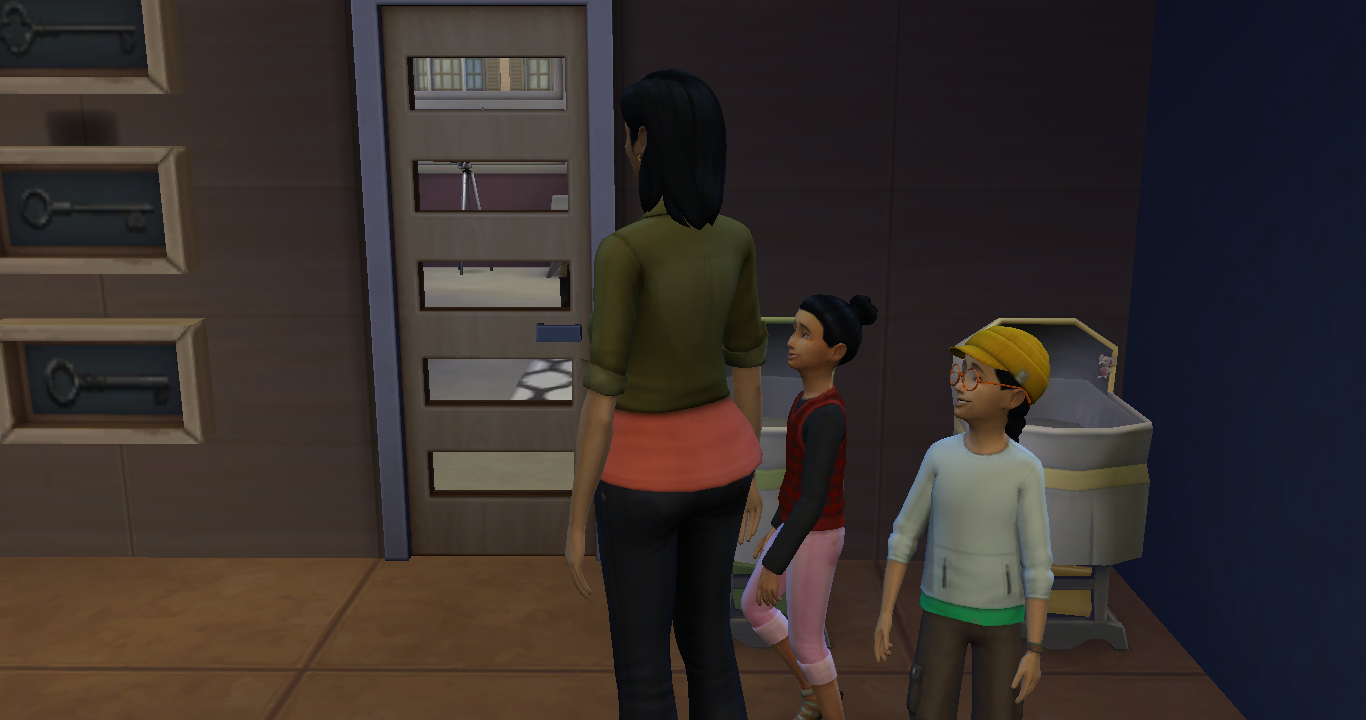 pic:  Jesse and Angel age to children.  I had a heck of a time getting them to stand still for this shot.

Heather gets an A and moves out.

Raven gives birth to twins, a girl Jenna and a boy Glen.

Her days till aging up changed from 3 to 4 after the babies were born.  Pregnancy is definitely bugged in this game. 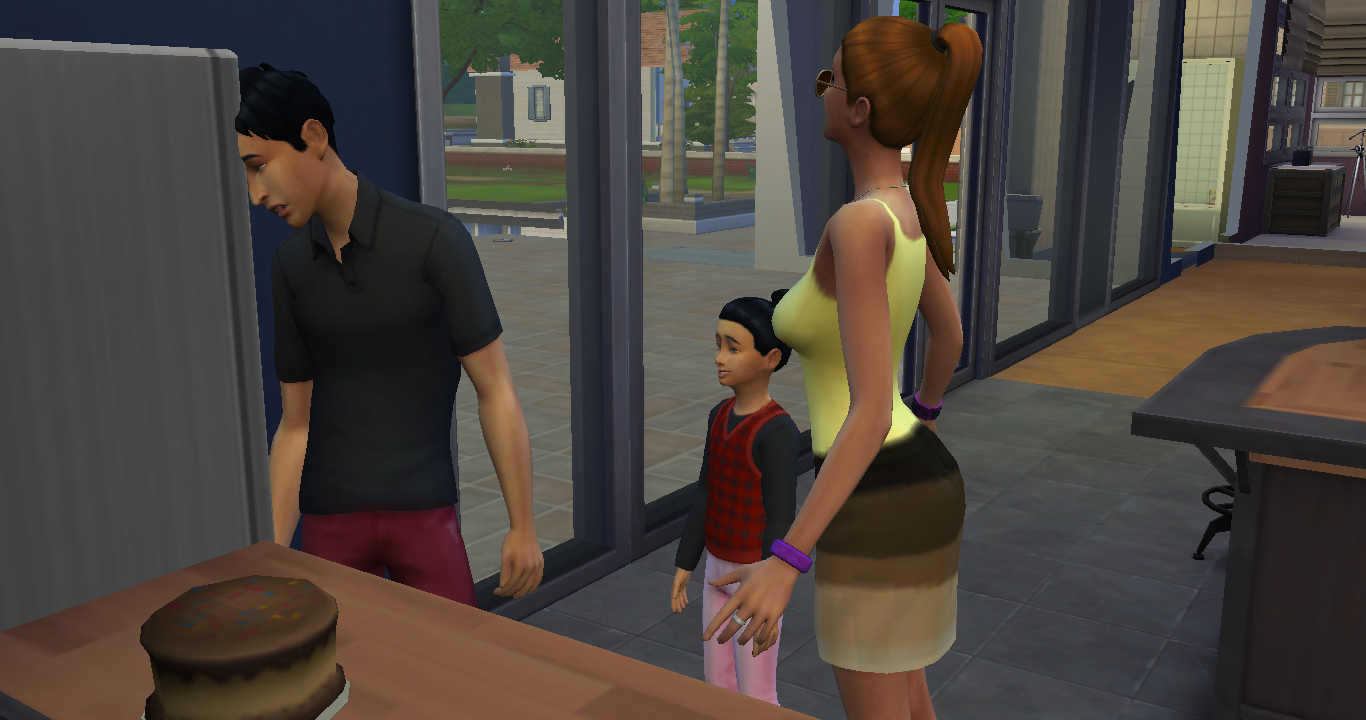 pic:  Anthony and Keri age to teens.  I couldn't get them to stand together for nothing. 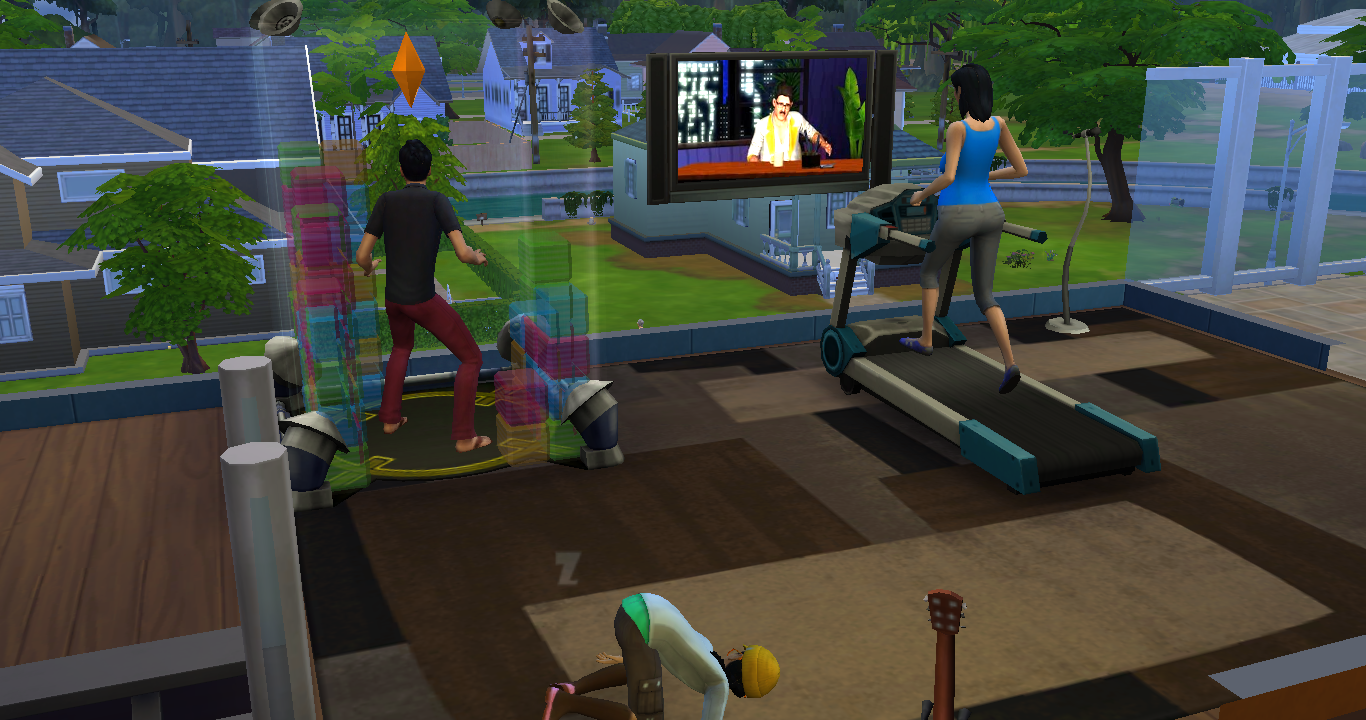 pic:  Angel passes out on the way to bed as Anthony plays motion gaming and Mom runs on the treadmill.  Nobody notices her. 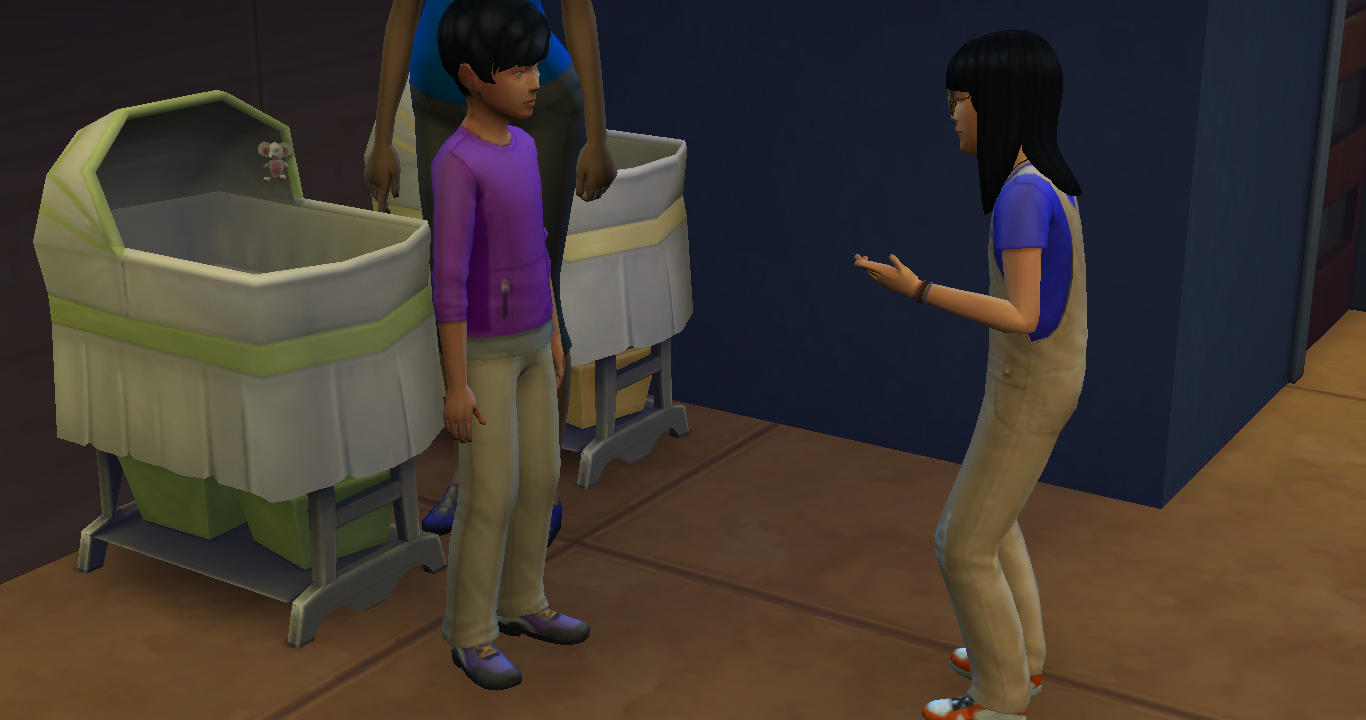 pic:  Glen and Jena age to children.  Jena was sad about sibling, lol! 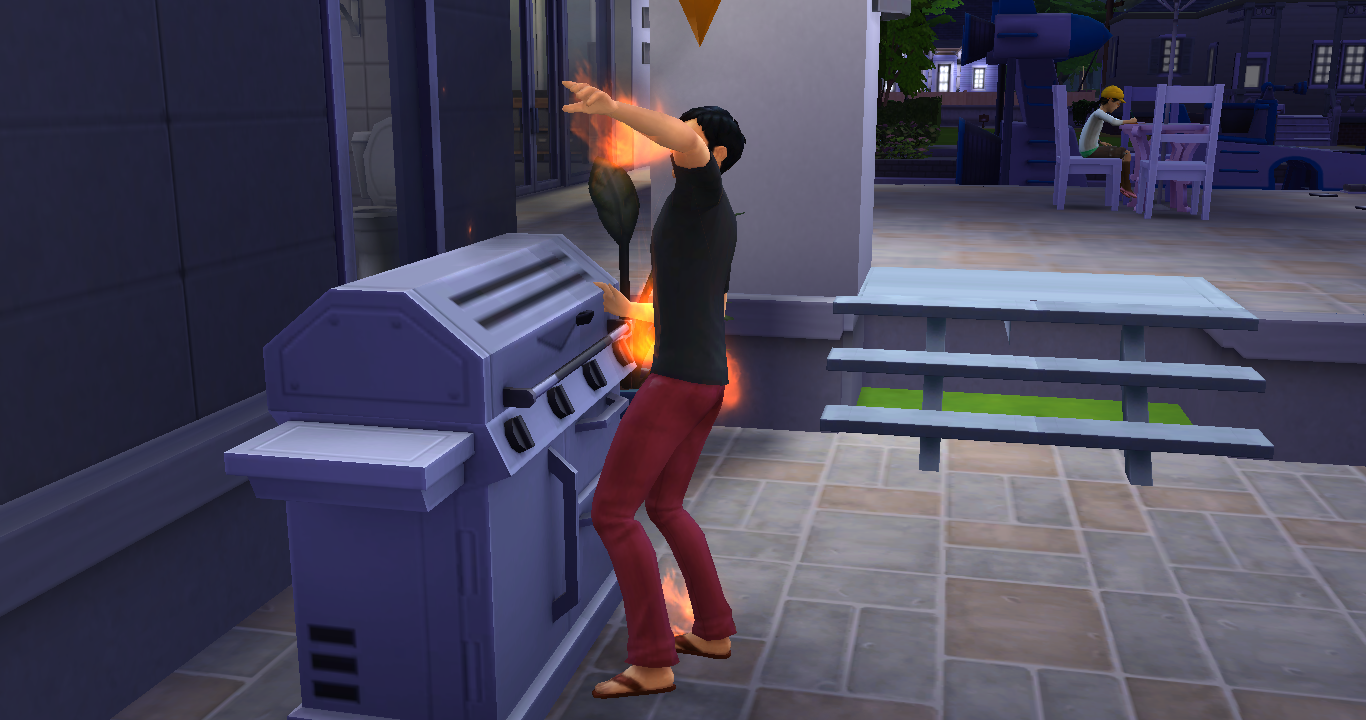 pic:  Anthony catches fire grilling!  Keri extinguishes him while Mom and the rest of the kids run to the sidewalk.

Raven gives birth to a boy Jason.  The house is full.

Keri and Anthony get A's and move out.

The same day Angel and Jesse get A's and age to teen.  Somehow the picture was lost.

Raven goes to the guys house again and brings back Kyler Fenton.  She's pregnant again with 2 days 'till aging up. 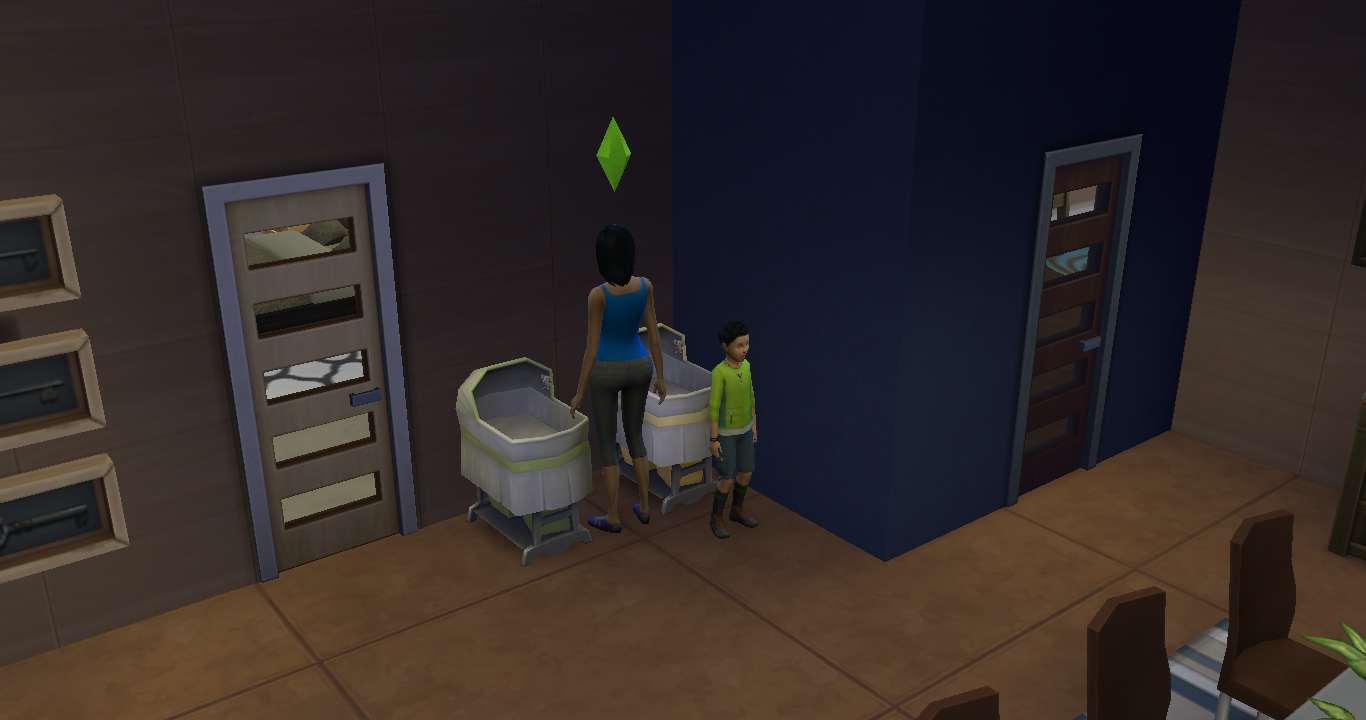 pic:  Jason ages to child.  Not sure why I took the pic so far away.

Raven gives birth to twins, a girl Ember and a boy Issac.

Jesse and Angel get A's and move out. 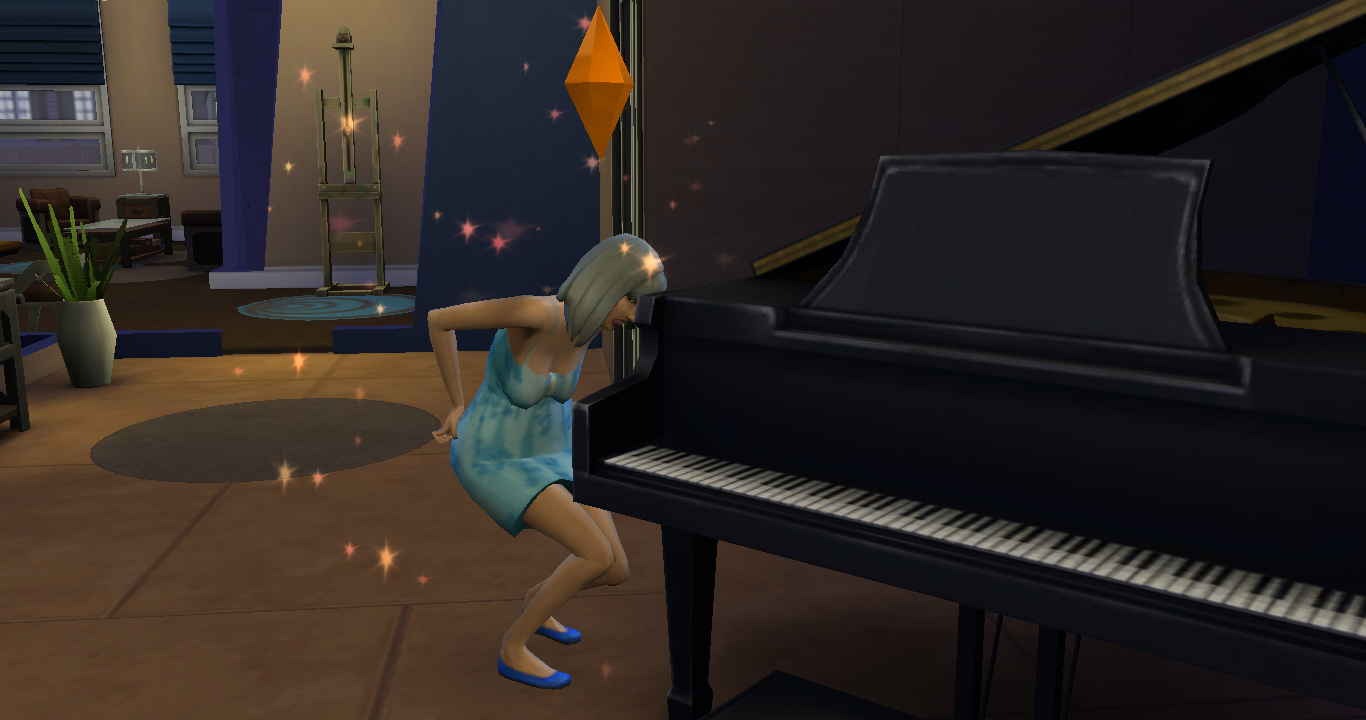 pic:  Shortly after the twins were born Raven spun in a circle and aged to elder.  No more babies for her!

The answer to the question I wrote above how many babies can she have with 5 days left is 7!