After searching the gallery I found a new house for the family: Modernity by ruthless_kk.  I love her houses.  They all have those extra touches that make them a home.  I placed it on a lot next to the current house and wait for the twins to age up before moving.  Last time I moved with babies it messed them up. 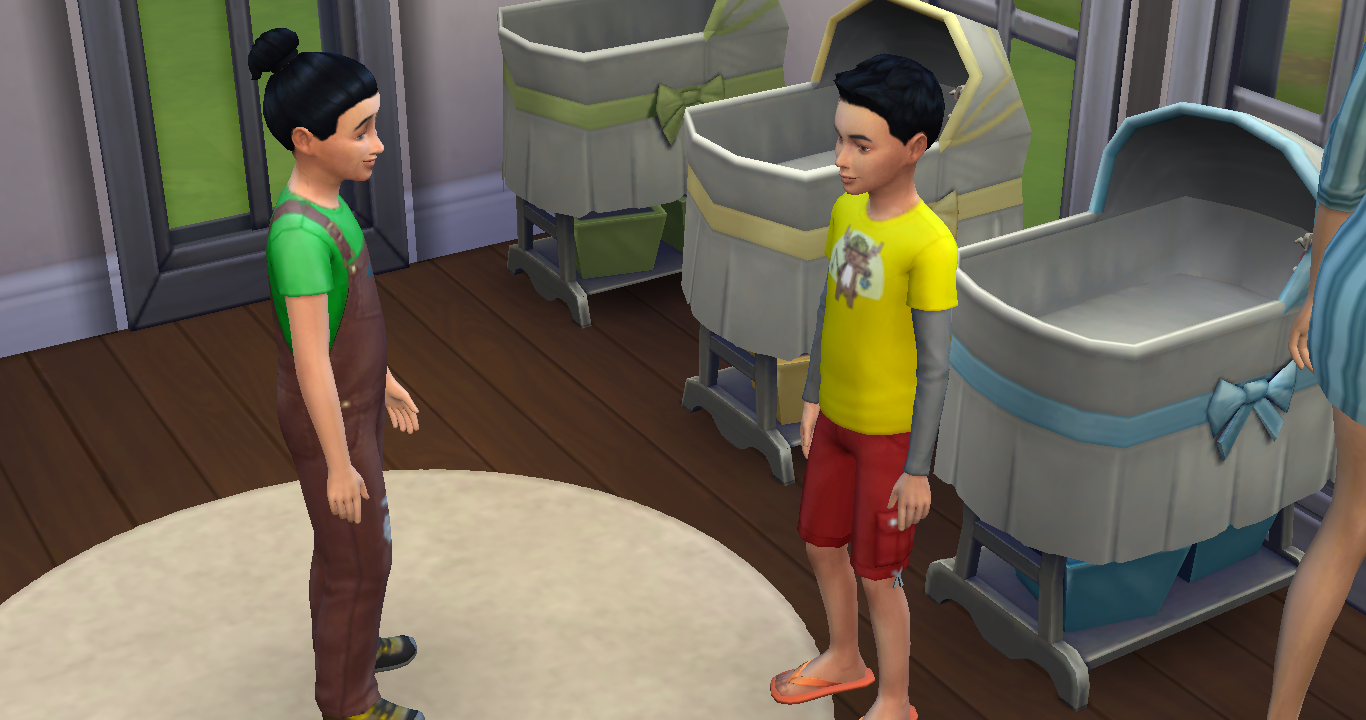 pic: Ariel and Tommy age up to children. 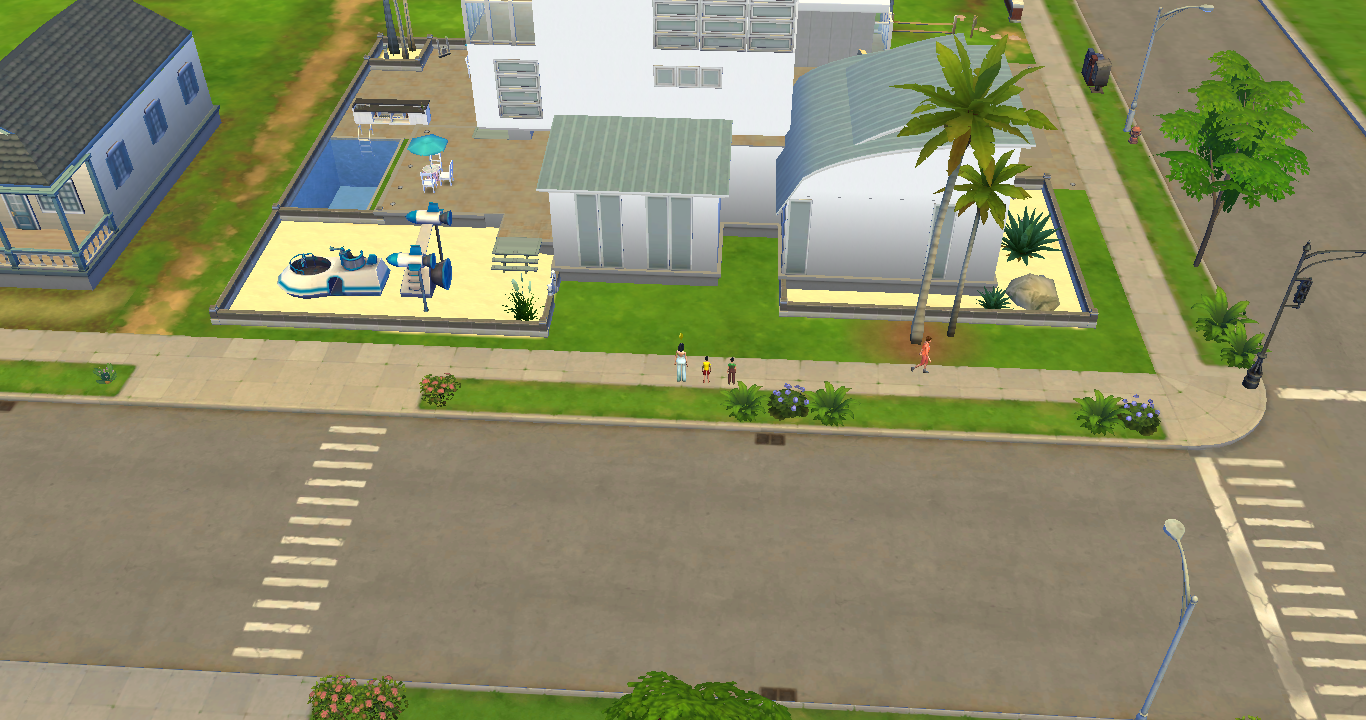 pic: Arriving at the new house.  As you can see it's huge.

Leonard gets an A and moves out.  He doesn't get to enjoy the new house. 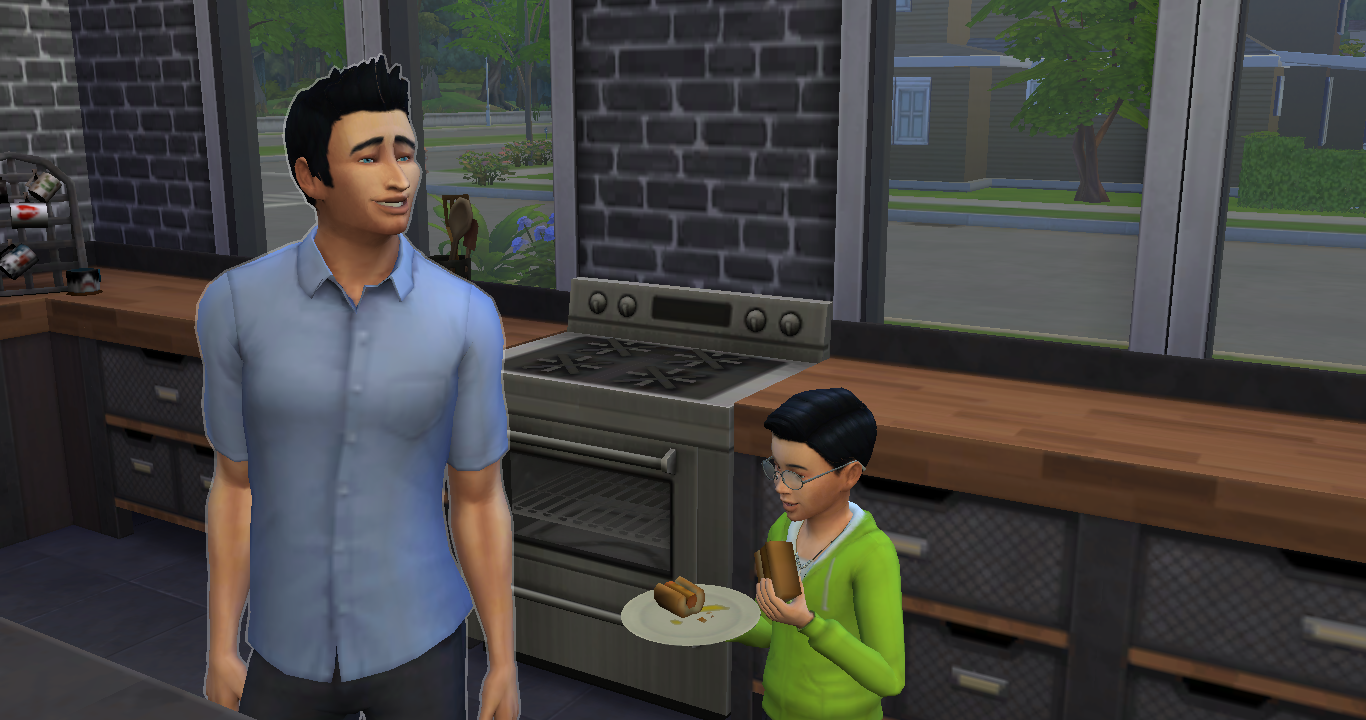 pic:  Max gets an A and ages to teen. 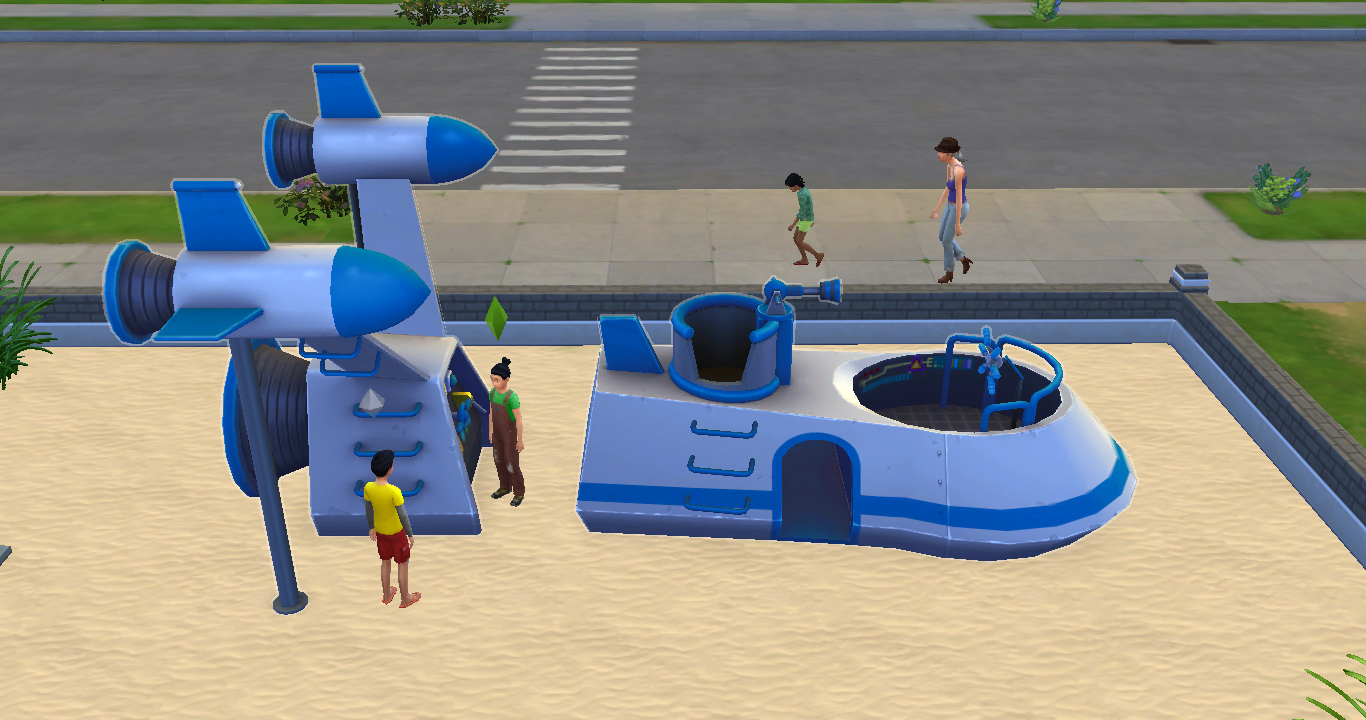 pic:  Ariel and Tommy playing on the spaceship at the new house.

Raven starts upgrading everything in the house.

Max gets an A and moves out. 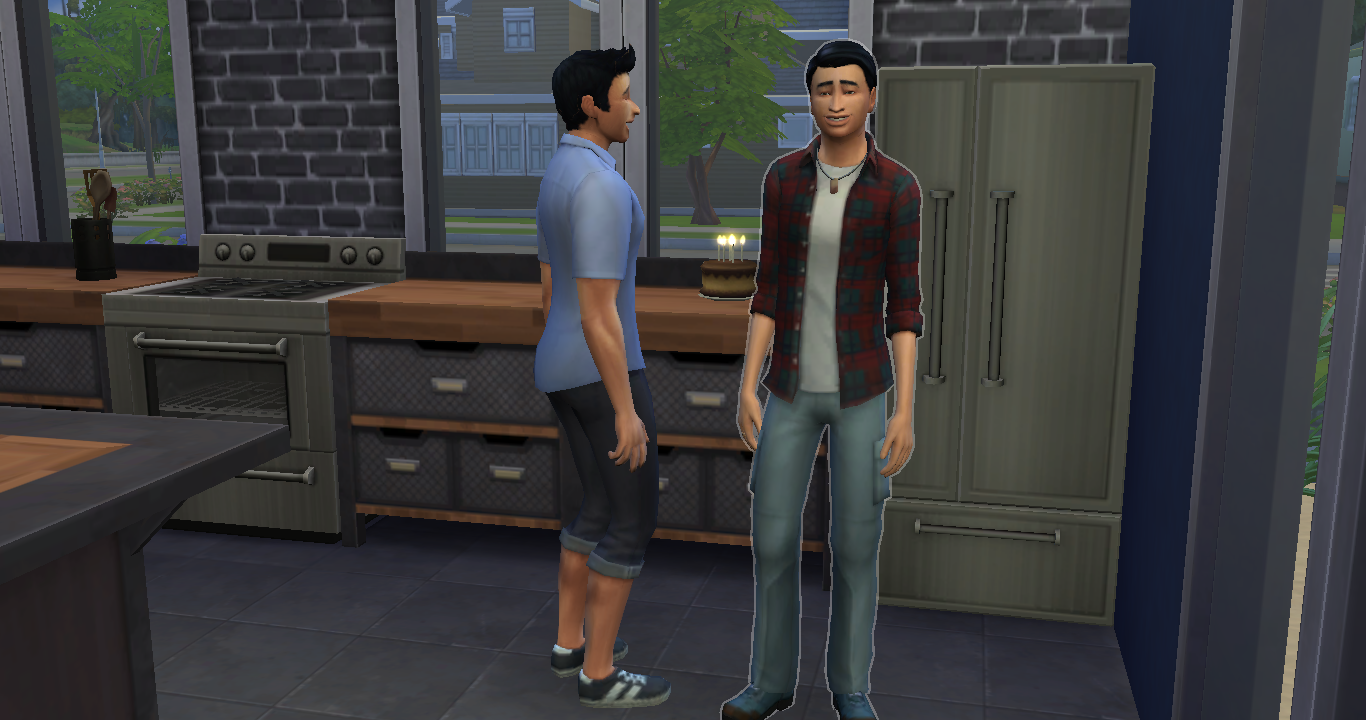 pic:  The same day Jace gets an A and ages to teen.  That's Max next to him. 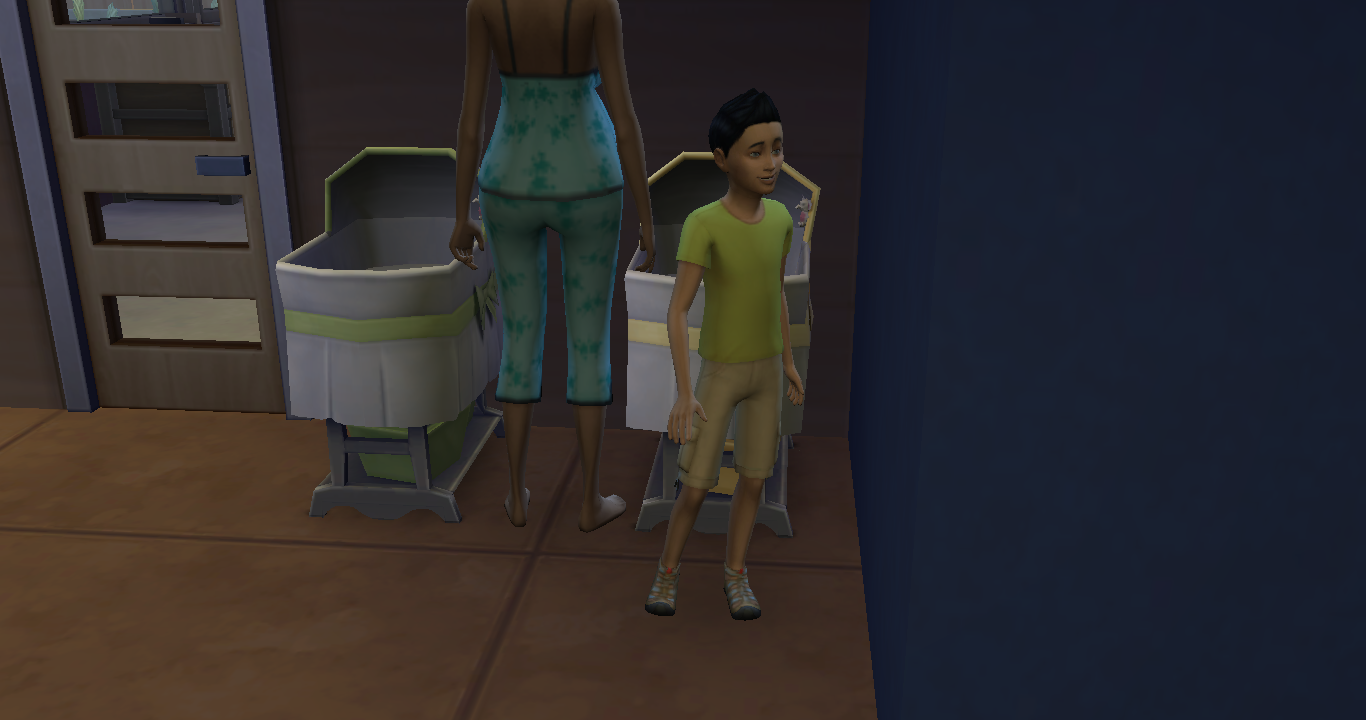 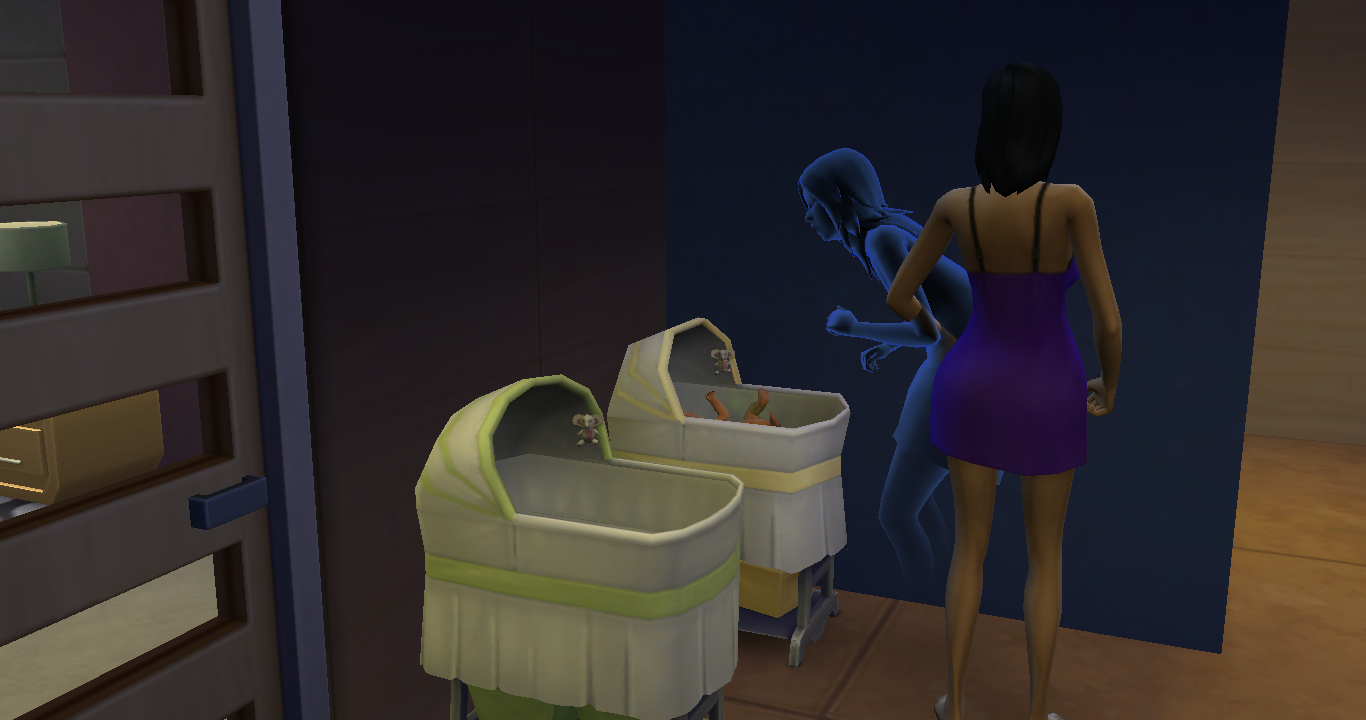 pic:  Ghost Kaci plays with baby Betsy while Mom tries to get to her to change her diaper.

Garrus Scott fathers the next of Raven's babies.

Jace gets an A in school and moves out. 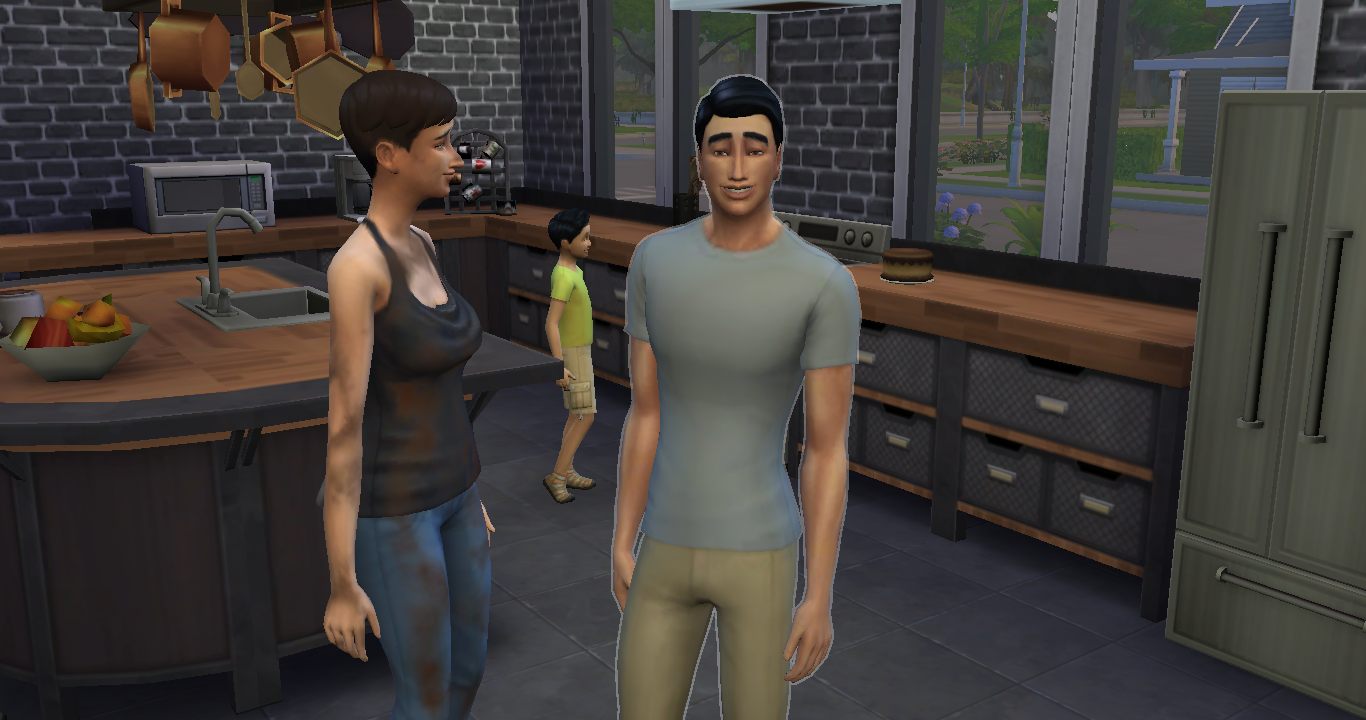 pic:  Ariel and Tommy get As and age to teen.  I had a heck of a time getting them to stand together for this shot. 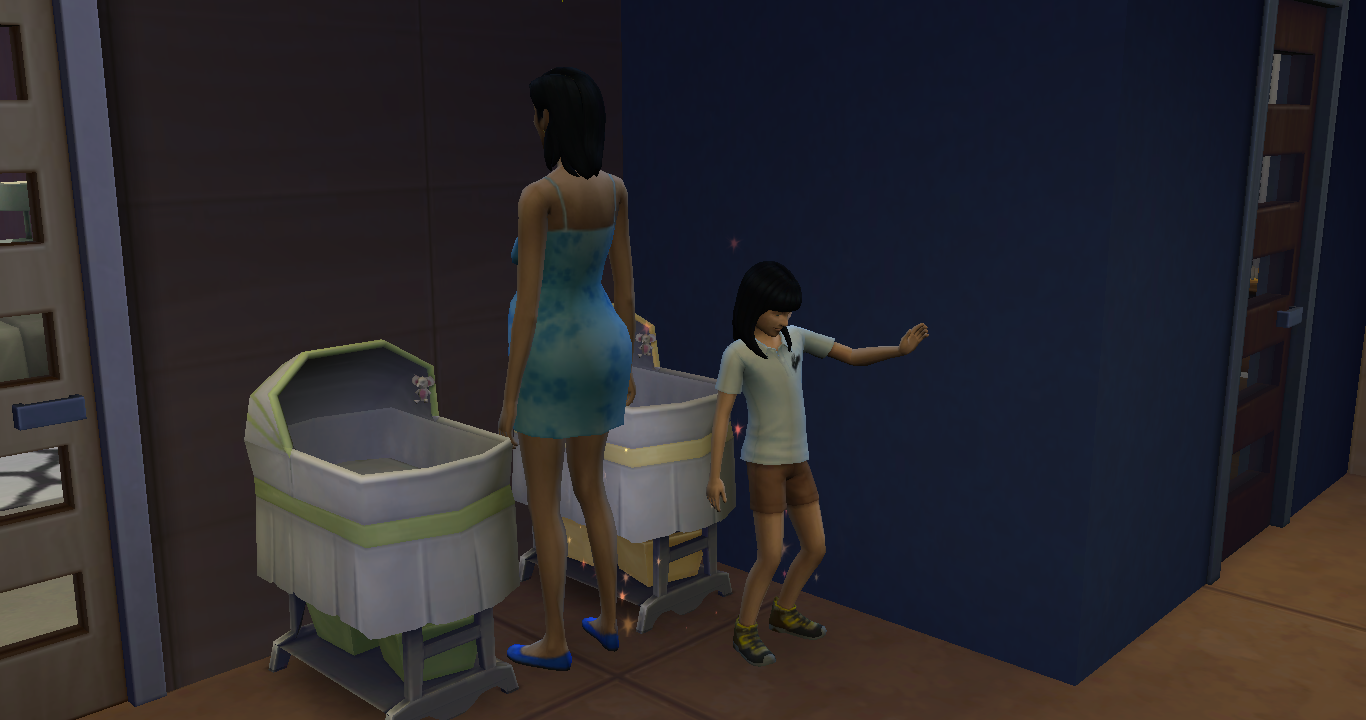 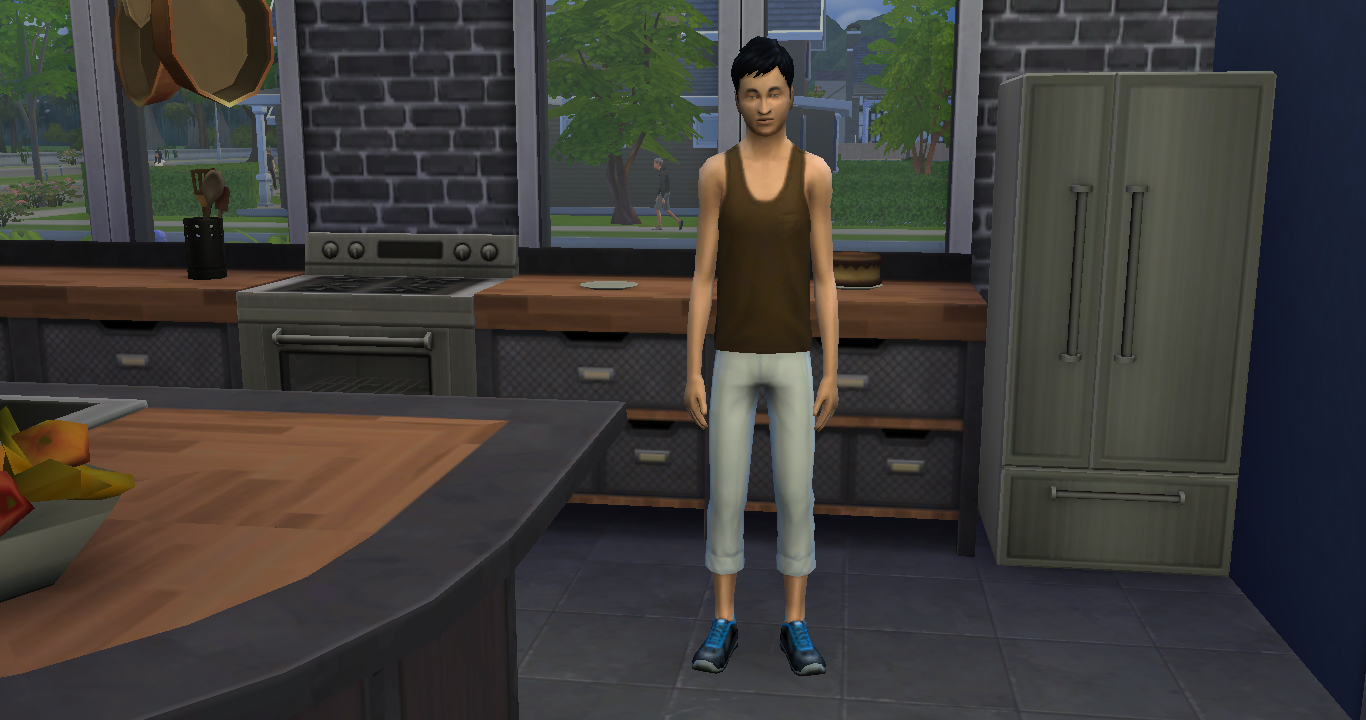 pic:  Dillan gets an A and ages to teen. 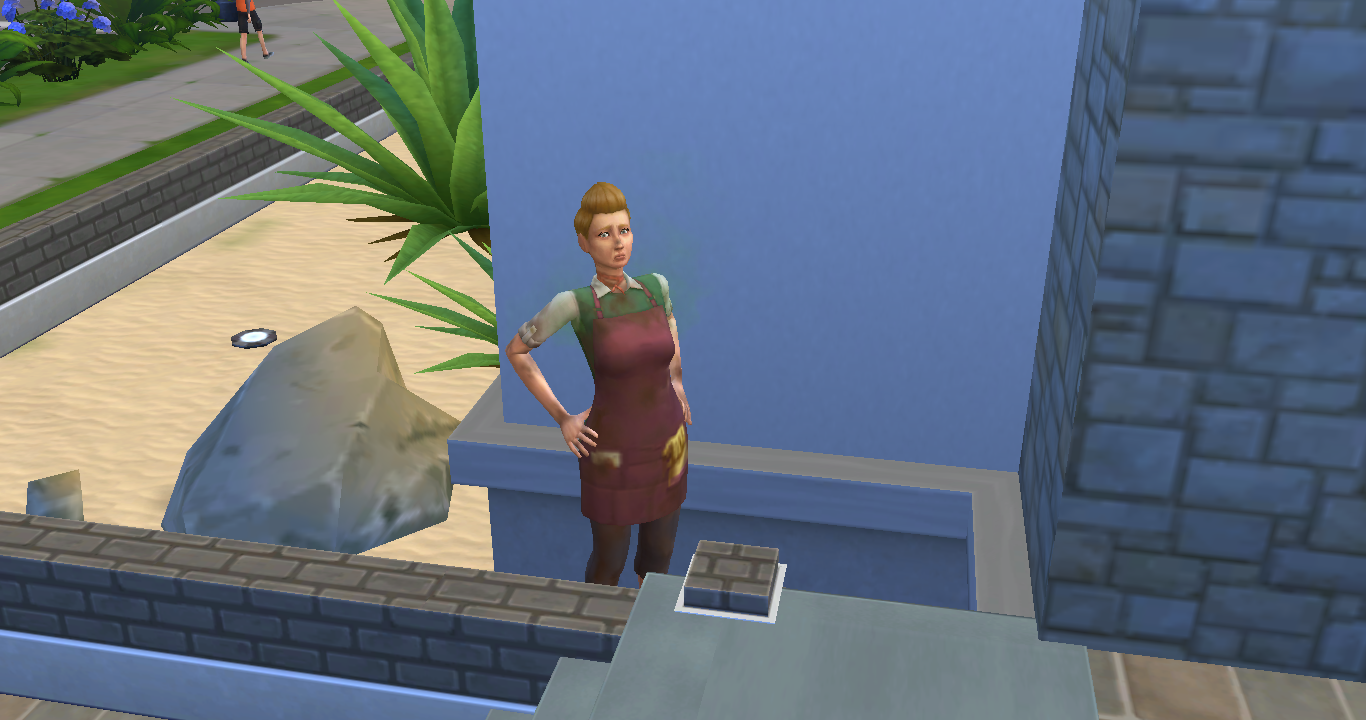 pic:  This person got stuck outside.  She was there for several days and when I restarted the game she was gone.

I downloaded Hot Model Collection 2 from the gallery.

Ariel and Tommy get A's and move out. 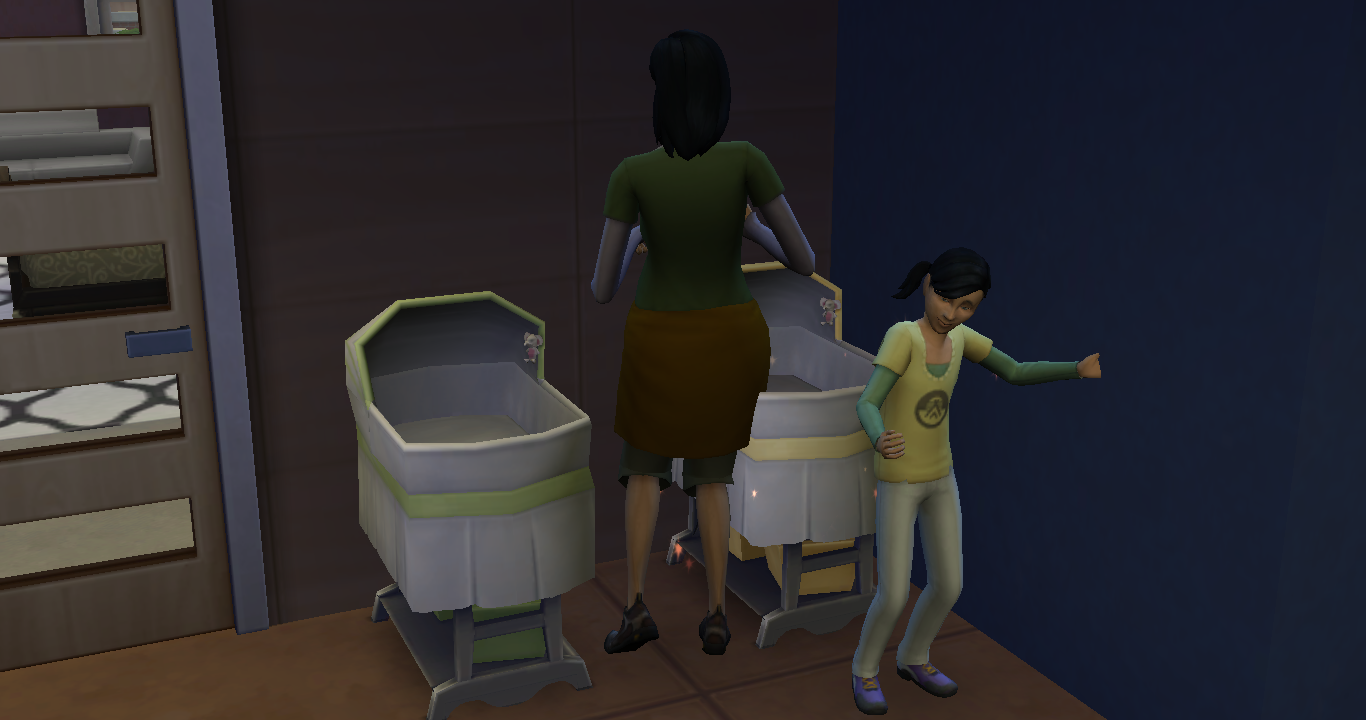 pic:  Heather ages up to child.

Raven gives birth to twins, a girl Kerri and a boy Anthony. 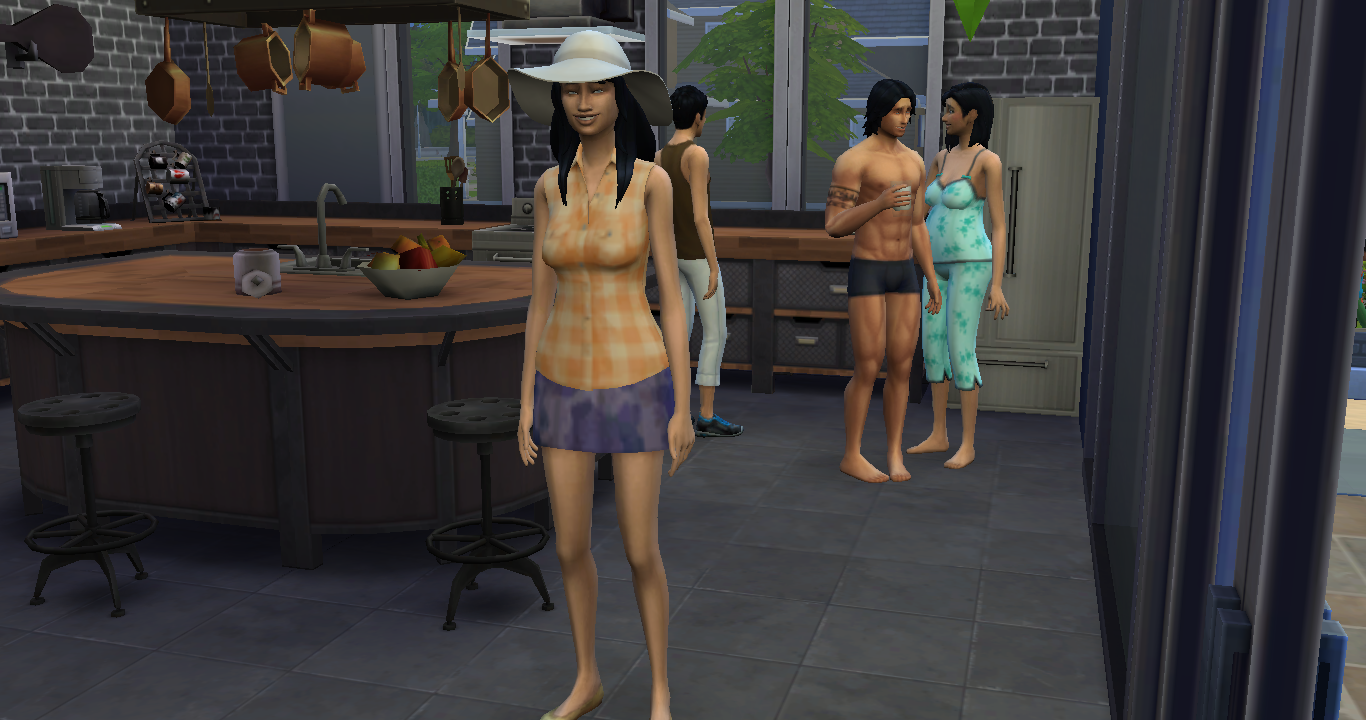 pic:  Betsy ages to teen.  That guy in the underwear behind her is Cameron from the hot models.  They're all dressed like that.