This post will be shorter than my last few. I had a doctors appointment and didn't get to play as long yesterday as usual.  Unfortunately nothing exciting has been happening in the Baby Challenge house hence the title.  It's just getting pregnant, having babies, aging them to children when it's time, getting their social skill to 4, homework, aging them to teens when they get A's, getting whatever skill I pick at the time to 3, homework and finally when they get an A they move out.  Other than that I don't really pay much attention to the kids and concentrate on Raven.  Now that she has finished all the handiness upgrades in the house she spends her time at the workbench making bathtubs.  She's made quite a bit of simoleans.  I'm thinking of changing houses but last time I looked on the gallery I didn't see much interesting.  We'll see.  She hasn't gotten a chance to take any of her kids camping.  She's always pregnant on the weekend and I'm not sure how that works.  I guess I could try.  Unbelievably she only has 12 days until aging to elder.  Time flies! 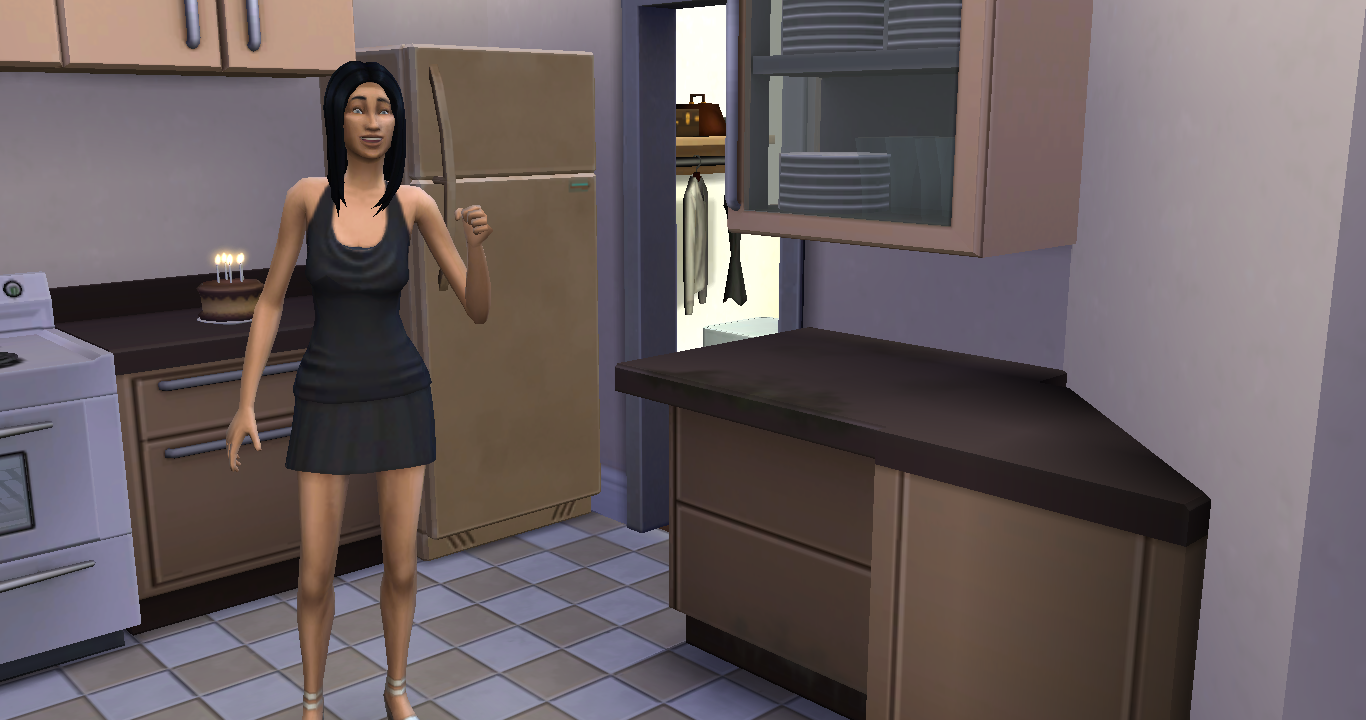 pic: Nyla got an A and aged to teen. 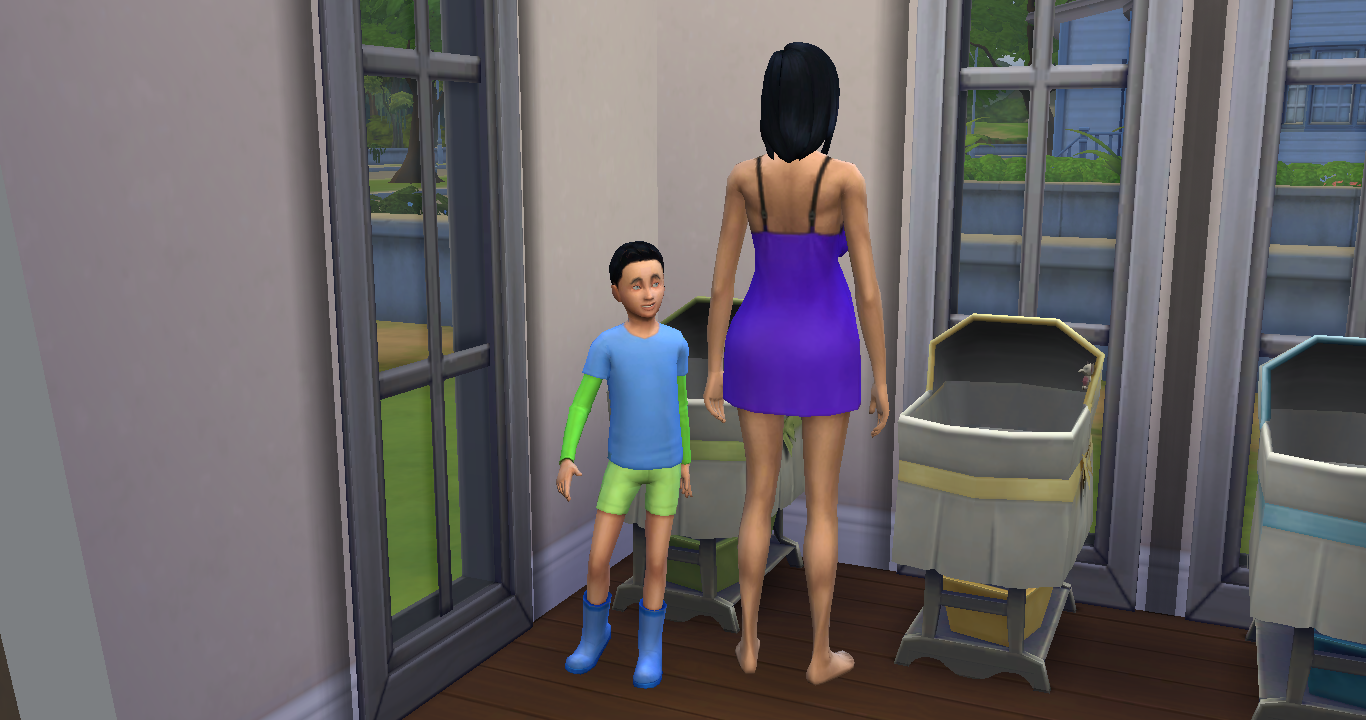 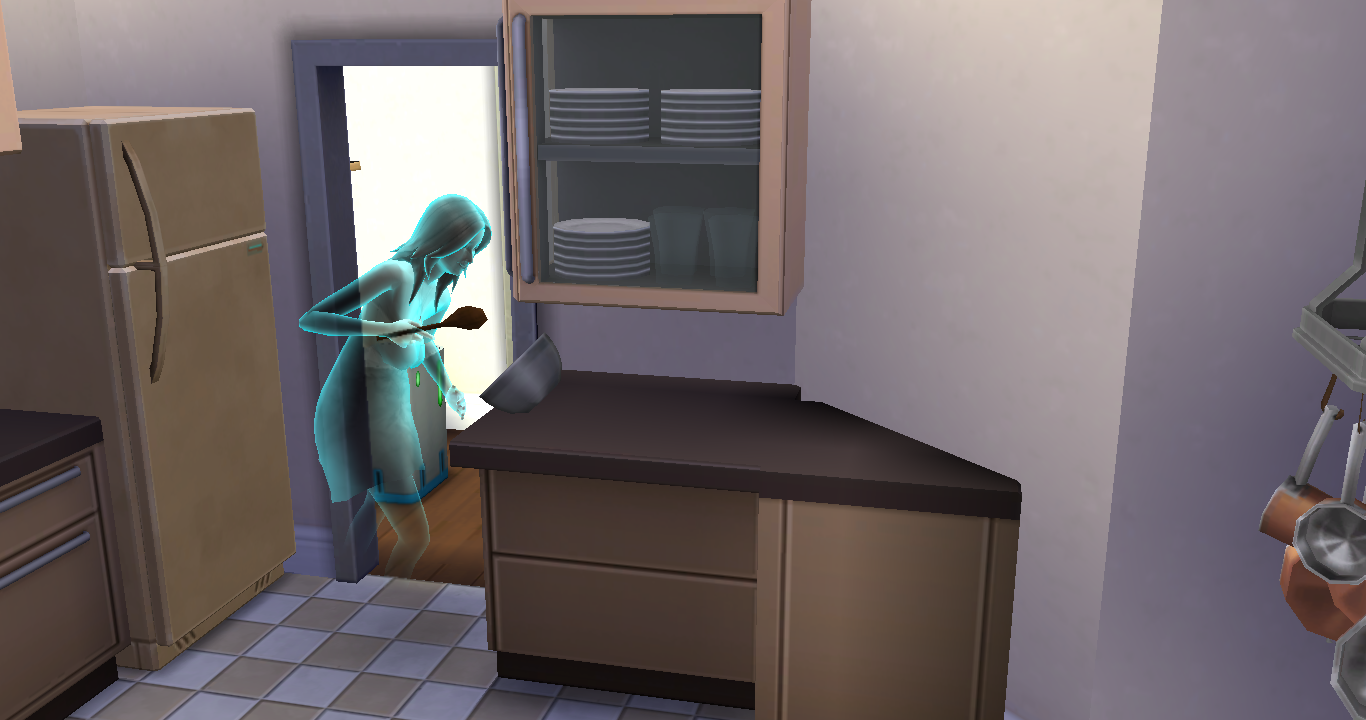 pic:  Ghost Kaci cooking.  Unfortunately she didn't make a group meal, just something for herself. 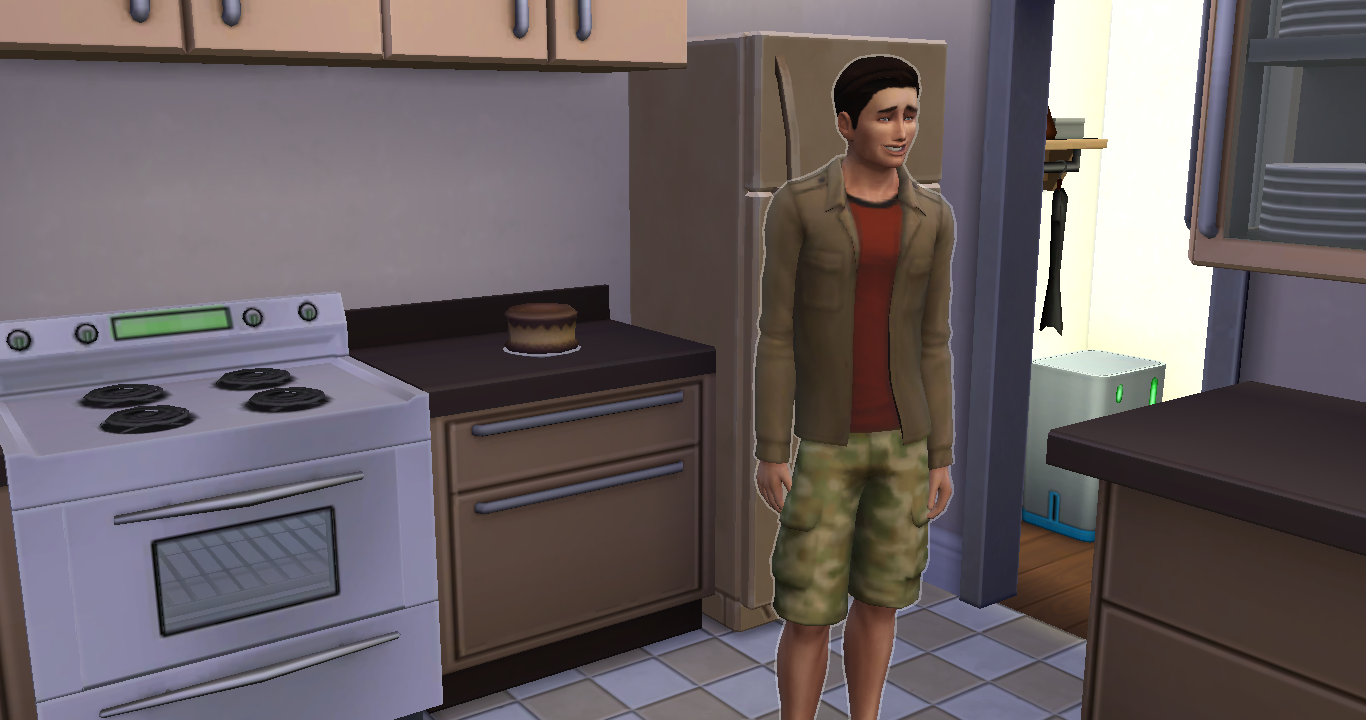 Raven got the fertile reward trait.

Nyla gets an A in school but since she's the only girl she doesn't age up and move out. 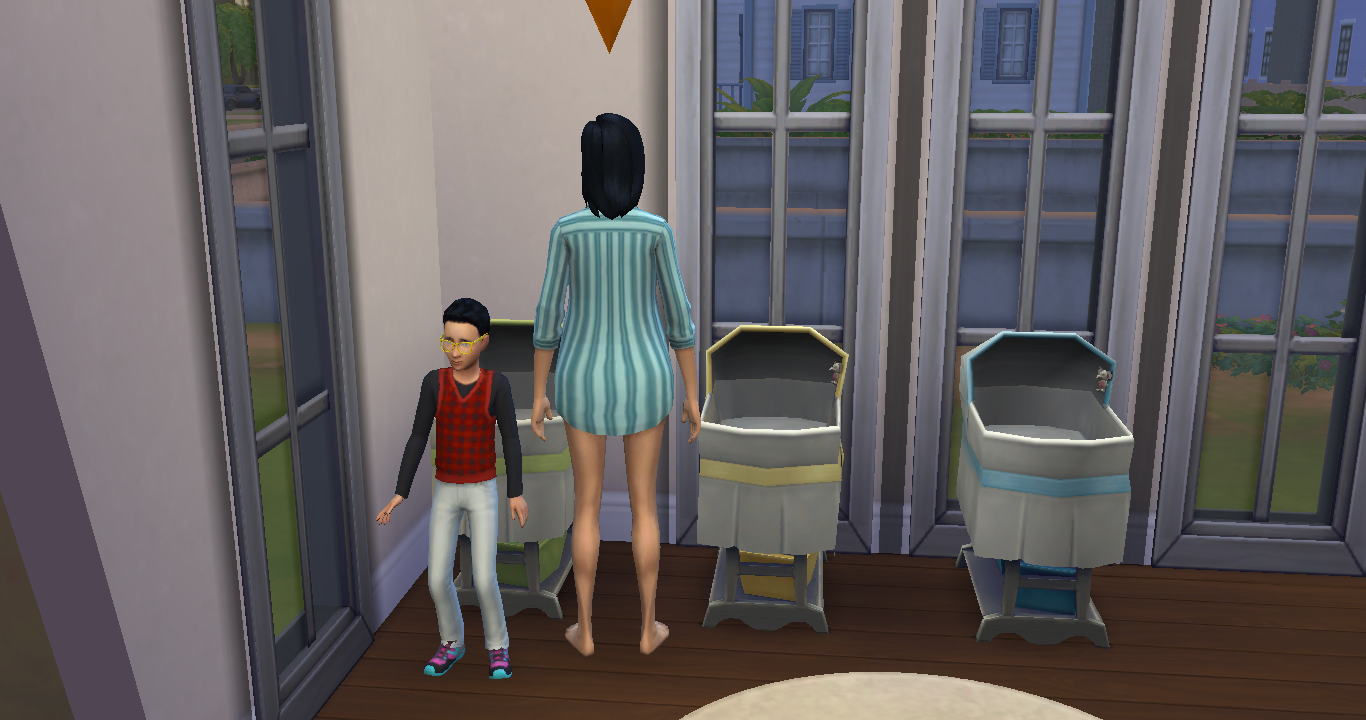 pic:  Max ages up to child.

Trever gets an A in school and moves out. 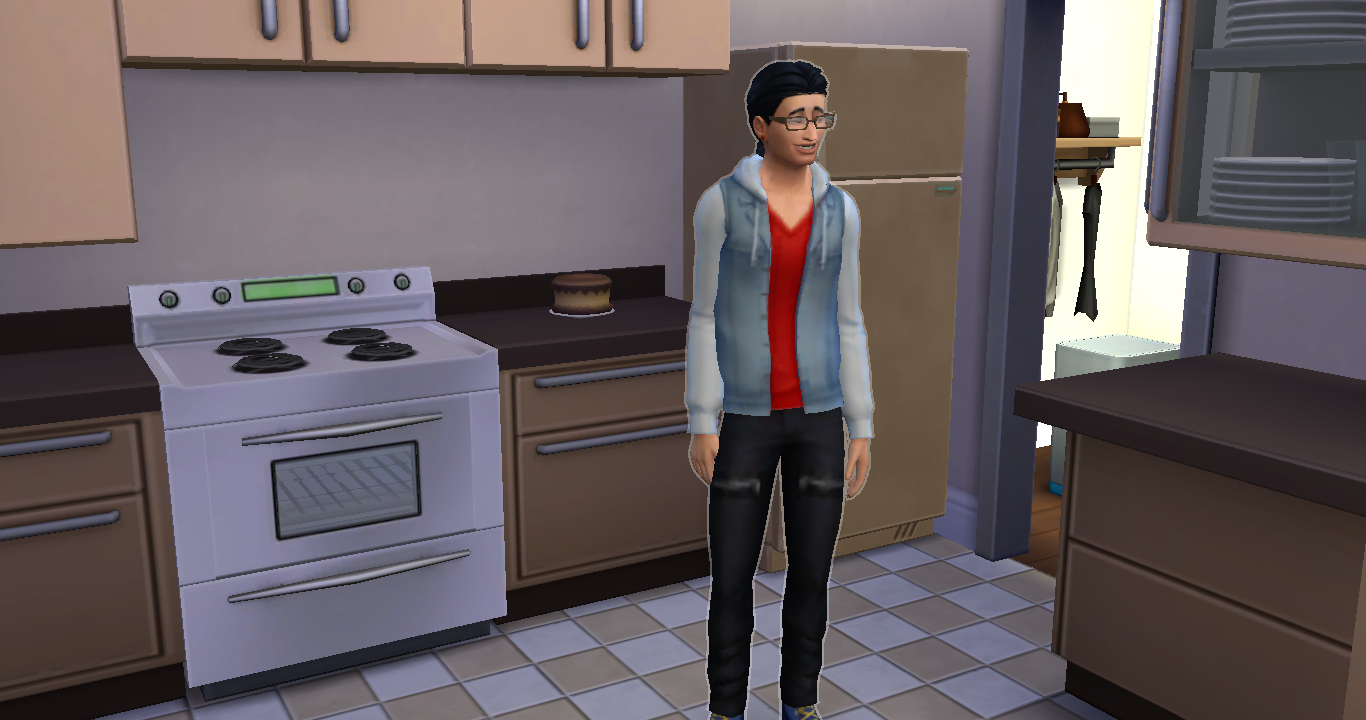 pic:  Leonard gets an A and ages to teen. 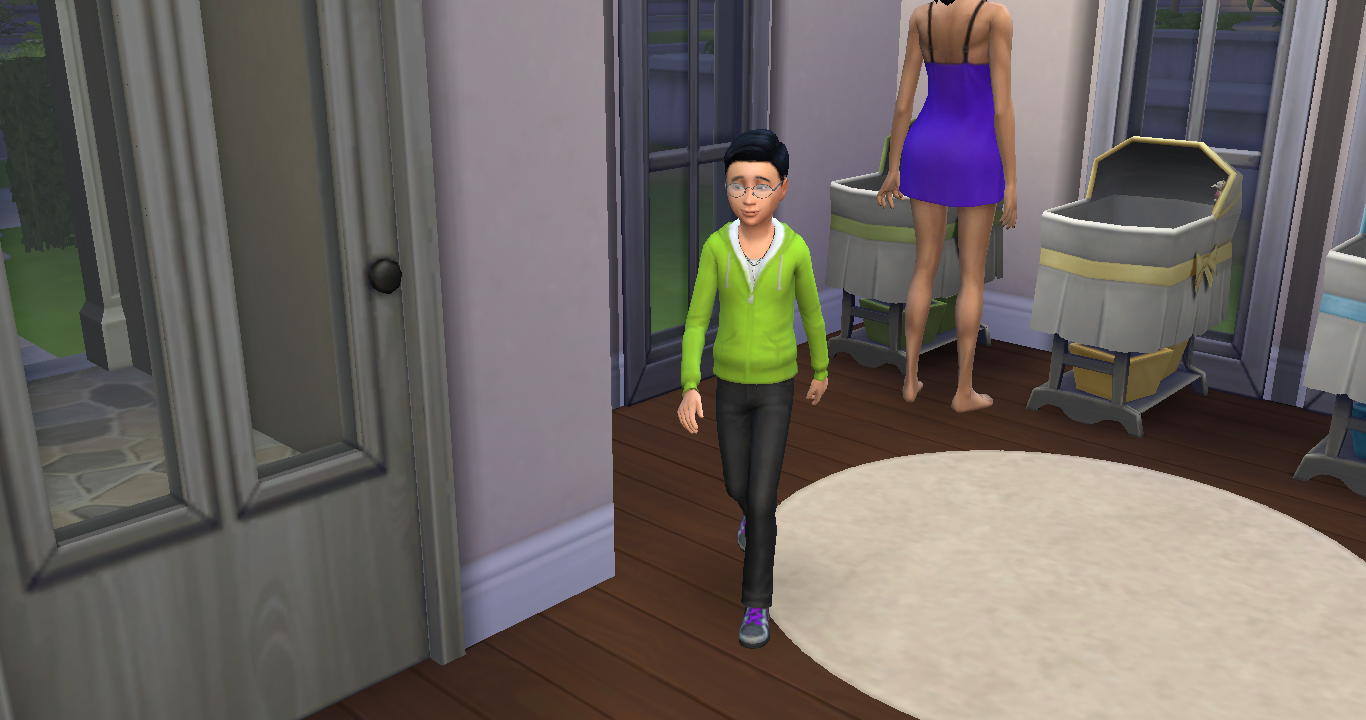 Raven gives birth to twins.  A girl Ariel and a boy Tommy.

Since there's a girl now Nyla moves out.

Raven travels next door and brings home Shepard Anderson.  She is pregnant again.