Believe it or not this is my first experiance with ghosts in The Sims 4.  It was just on a whim that I placed Kaci's gravestone outside instead of keeping it in the family inventory like I usually do.  In addition to the pictures she has showed up and ate food then washed the dish, played on the computer and watched tv.  I've found her highly entertaining.  Even when she broke the toilet.

Raven stopped Nico Lane as he ran by the house and was quickly pregnant again. 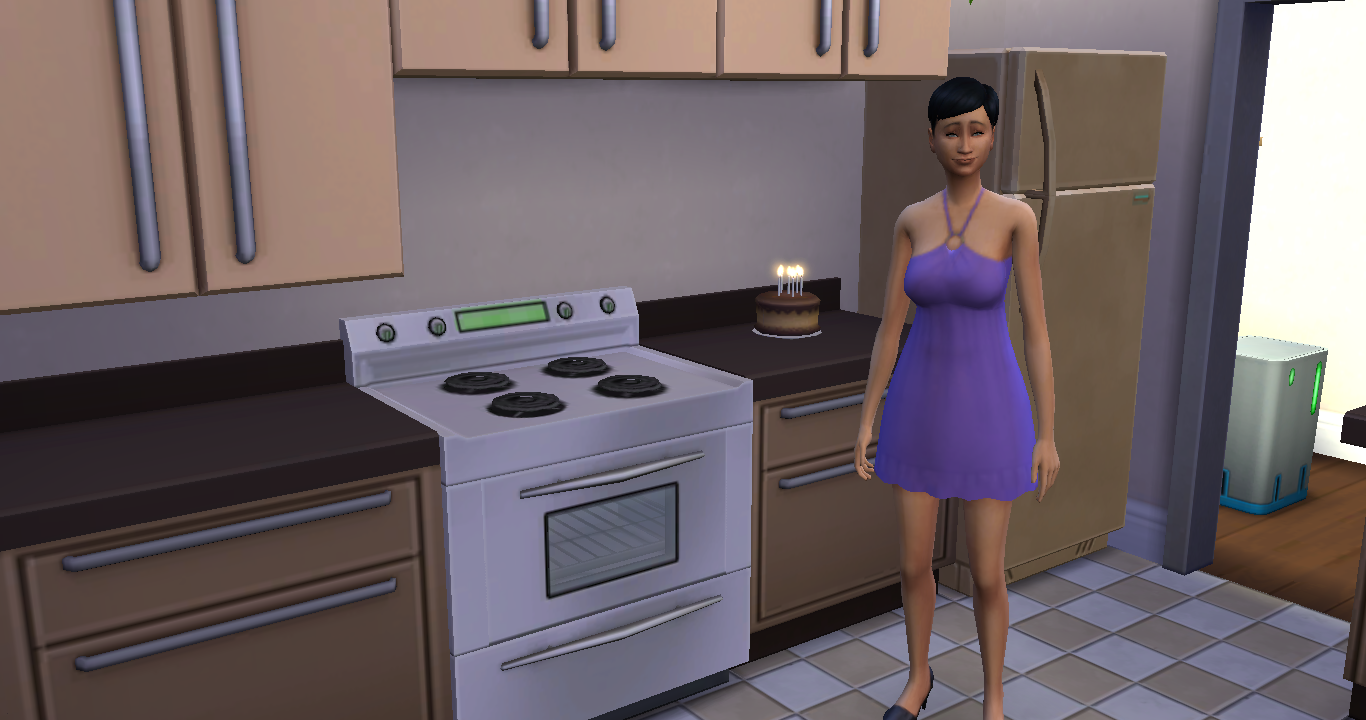 pic:  Mary gets an A and ages to teen. 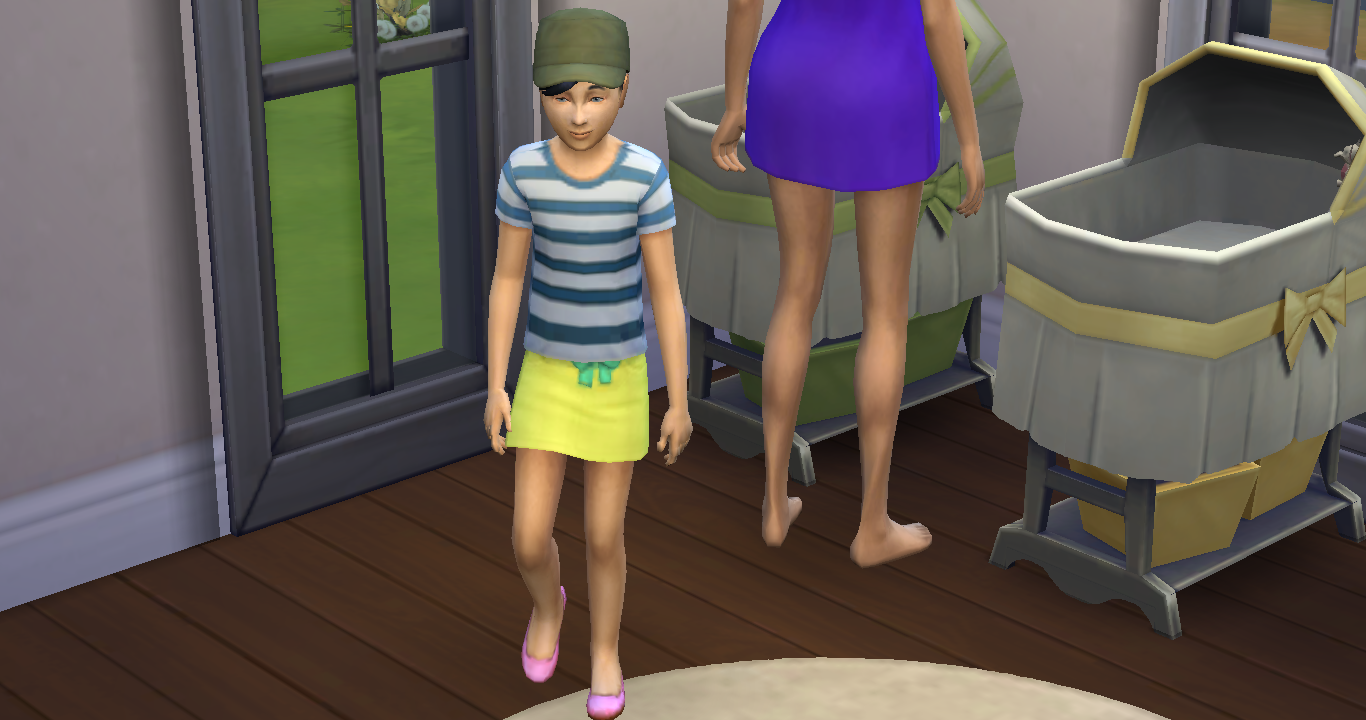 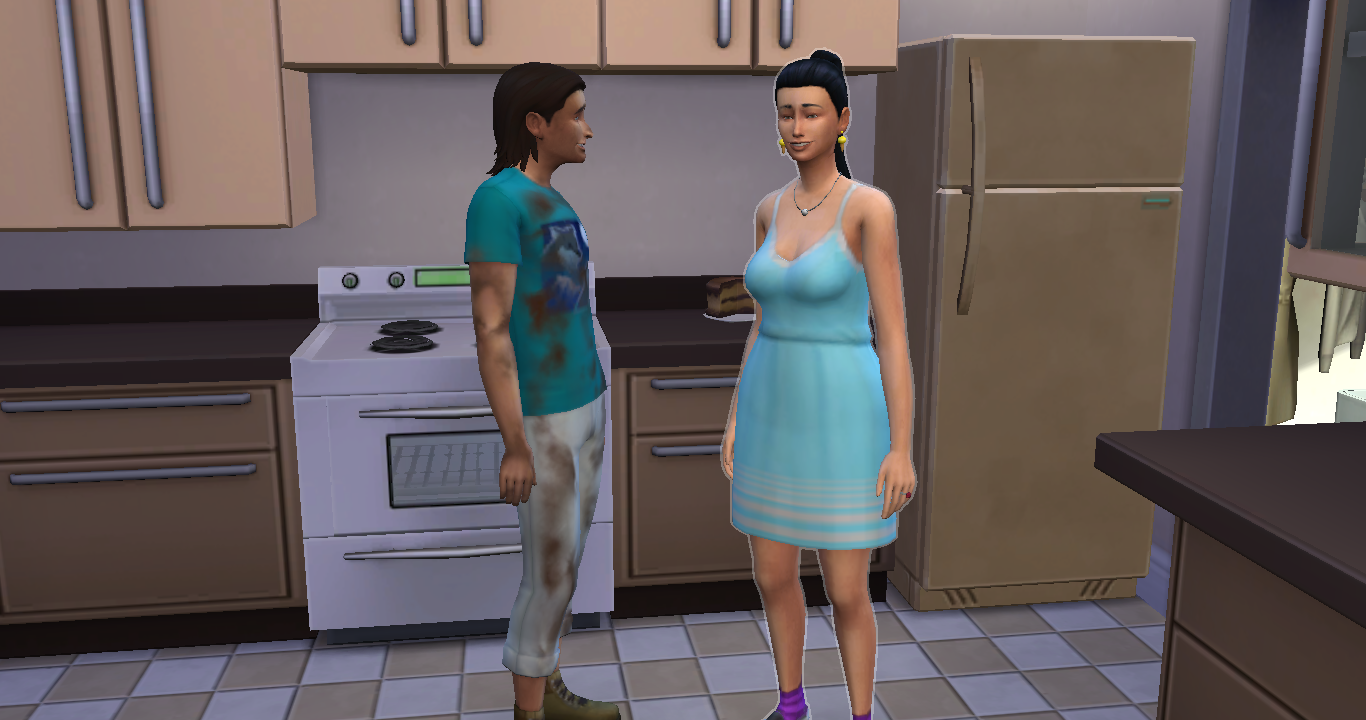 pic:  Cyrus and Amie got A's and aged to teen. 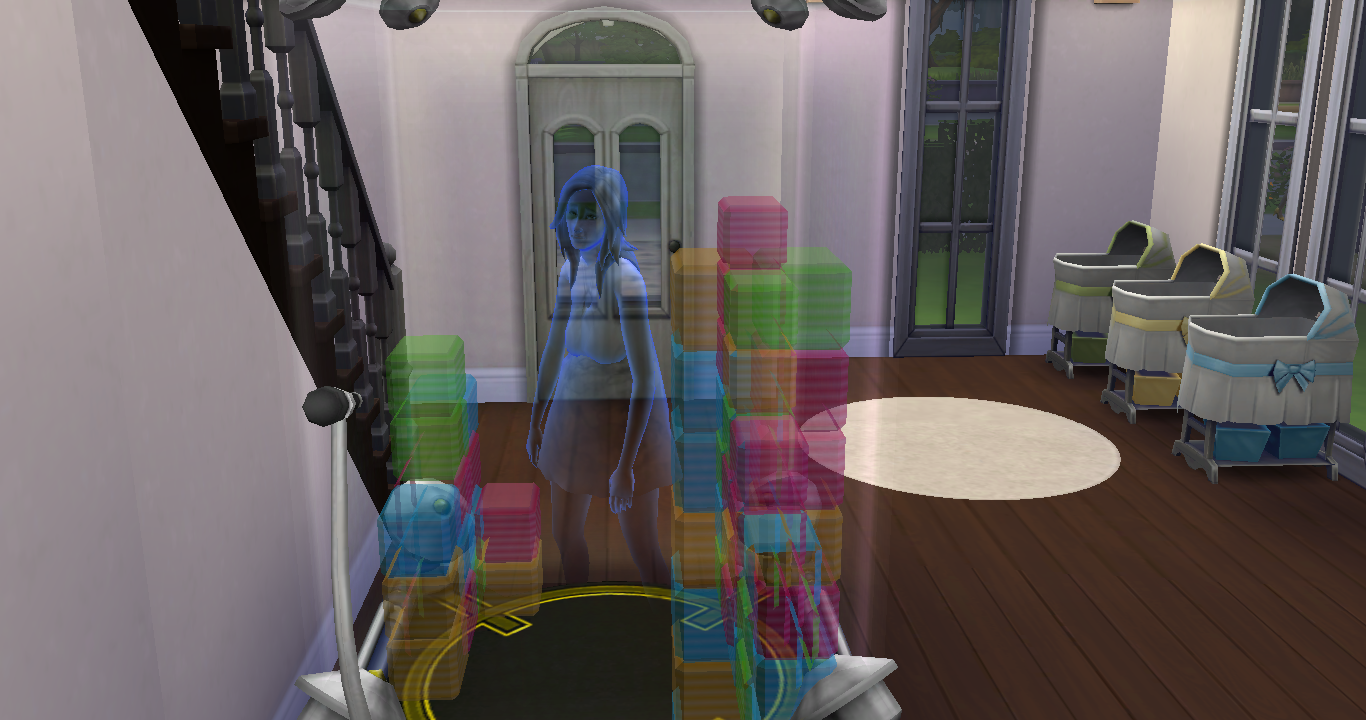 pic:  Ghost Kaci playing with the motion gaming rig.  This was the first time she showed up.

Raven tries to go next door but the 2 guys left were fighting and when she tried to talk to them it made her relationship with them red.  She goes home and watches everyone go by for a very long time.  Finally she meets Venkat Naylor as he passes the house and is pregnant again.

Mary got an A in school and moved out.

Placed a new household from the gallery called Xeta.  I have no idea what Xeta is but it's a popular household. 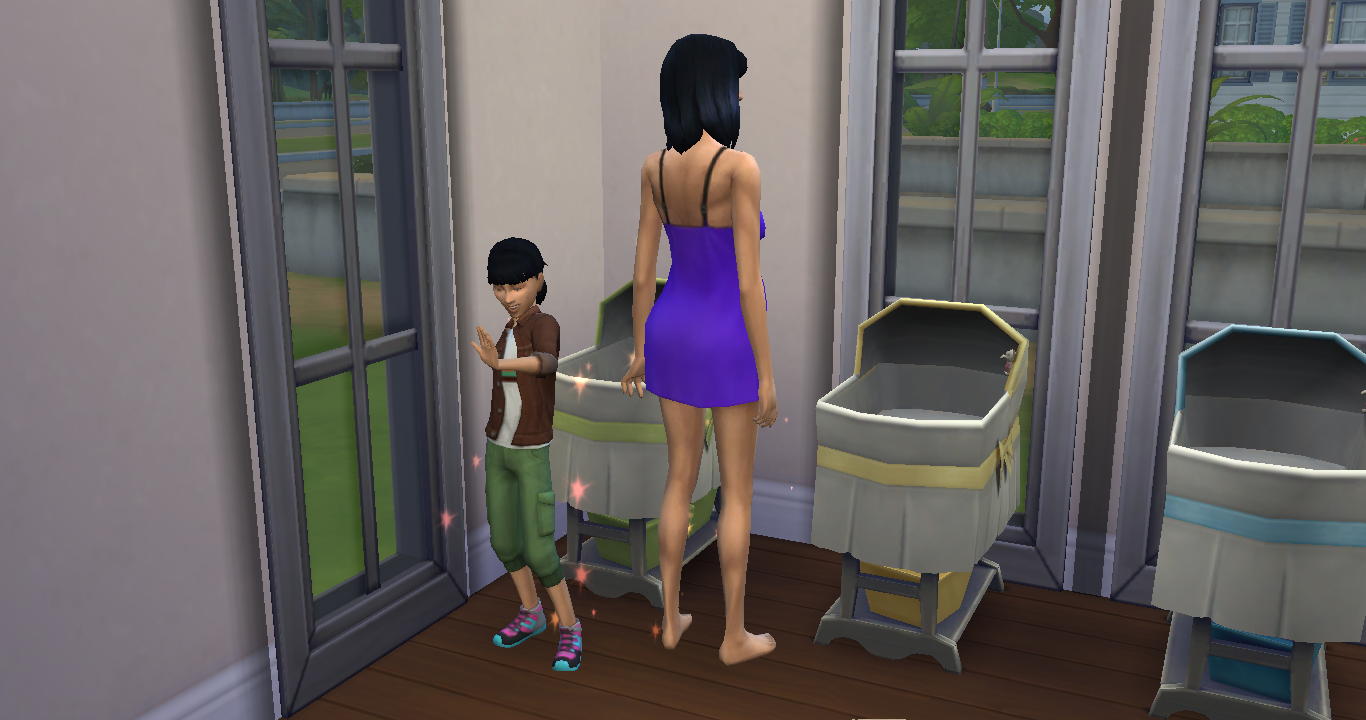 Cyrus and Amie got A's and moved out. 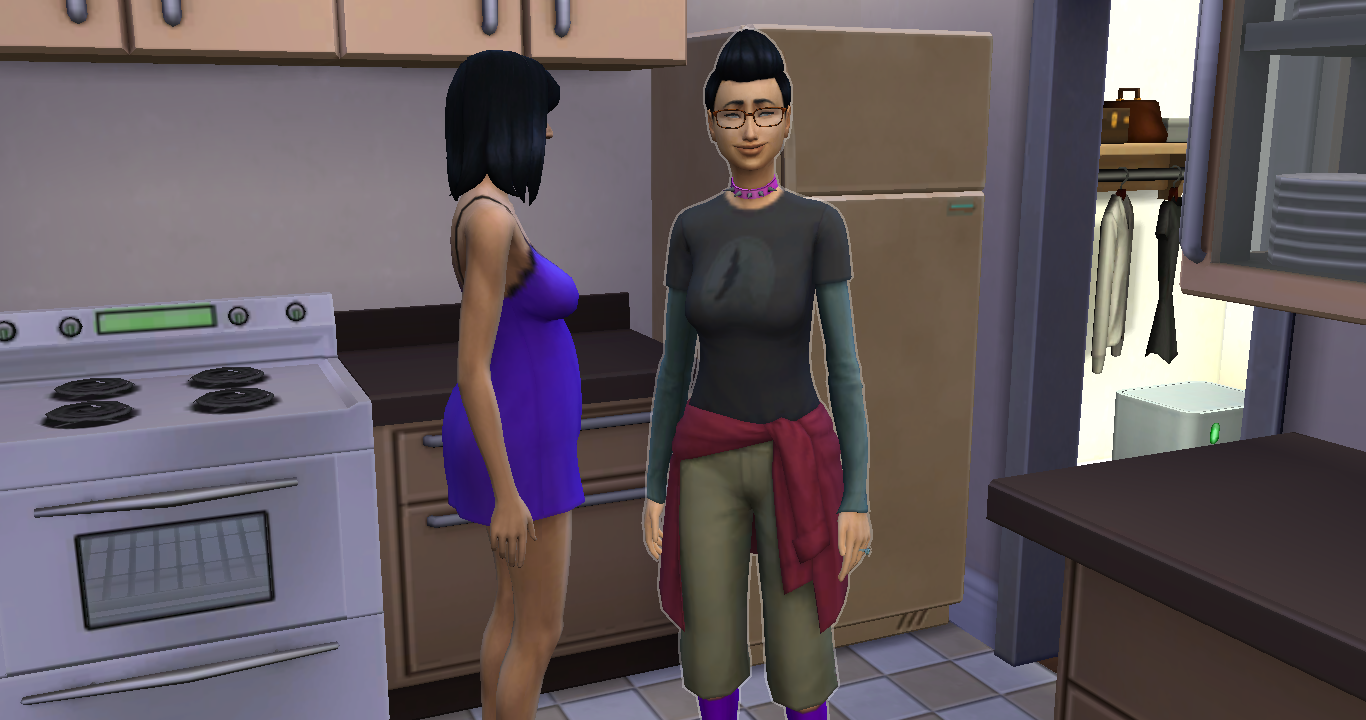 pic:  Skyla got an A and aged to teen. 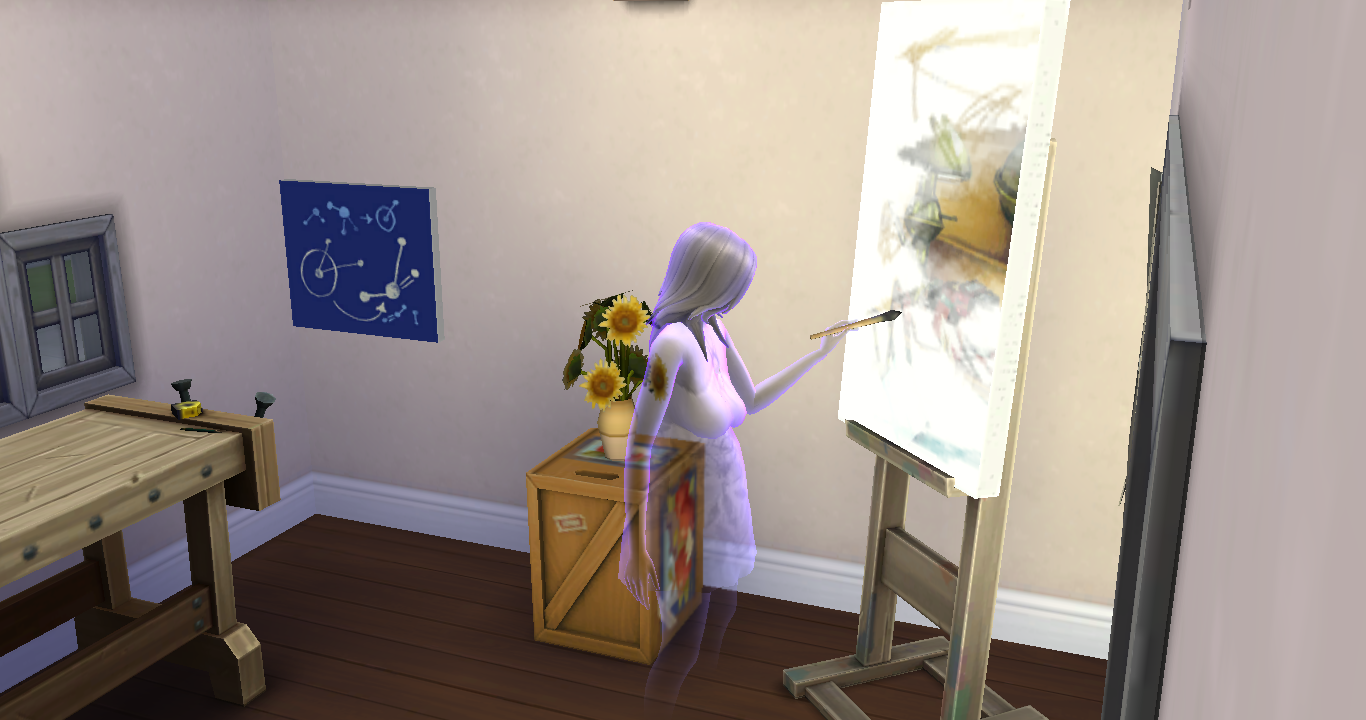 Raven finishes upgrading everything in the house.  She now spends her spare time at the workbench making furniture to sell. 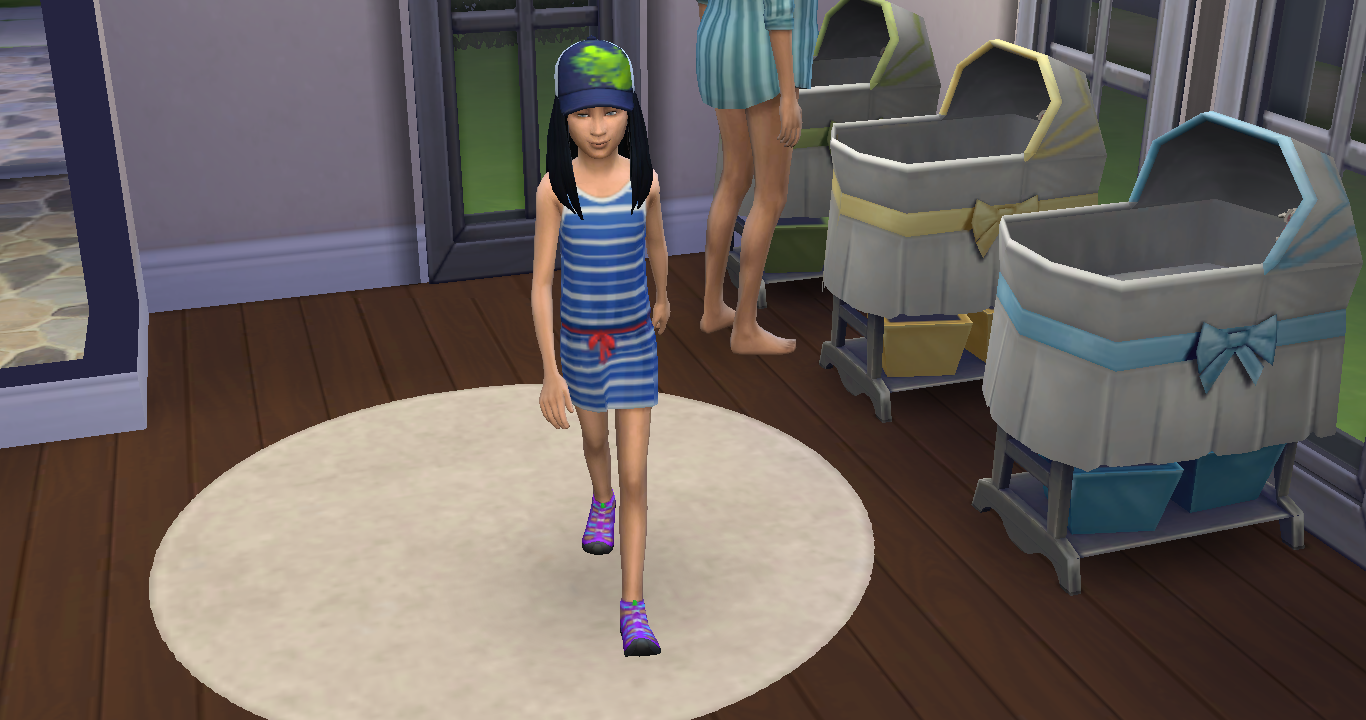 As soon as Trever is born Raven spins in a bunch of sparkles and ages up to adult. 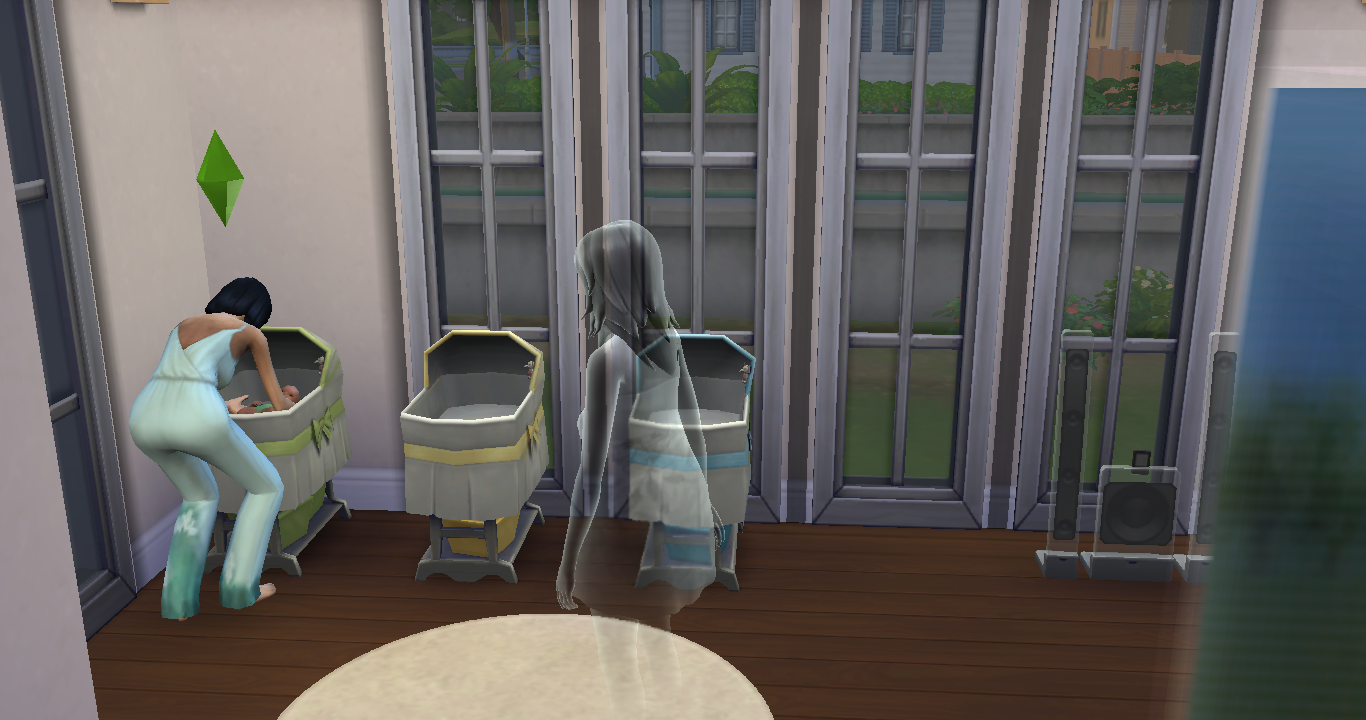 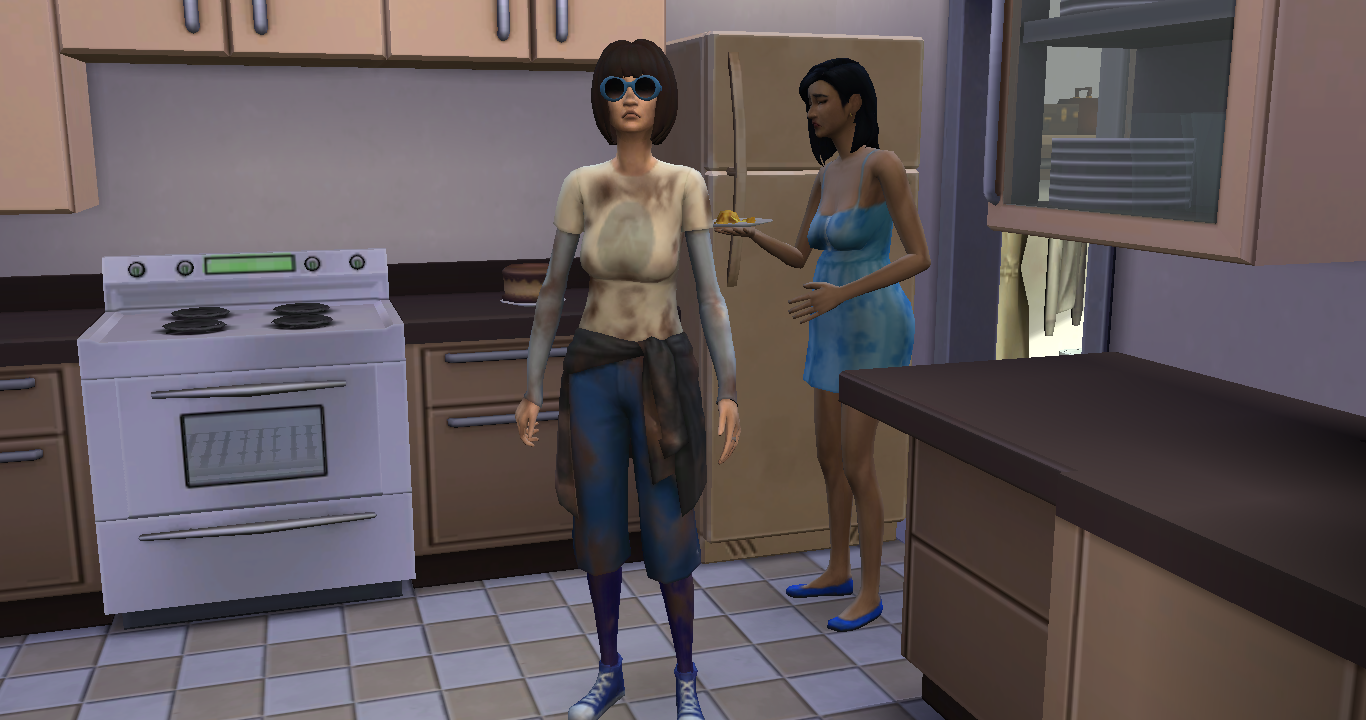 pic:  Amy gets an A and ages to teen.  Looks like she needs a bath. 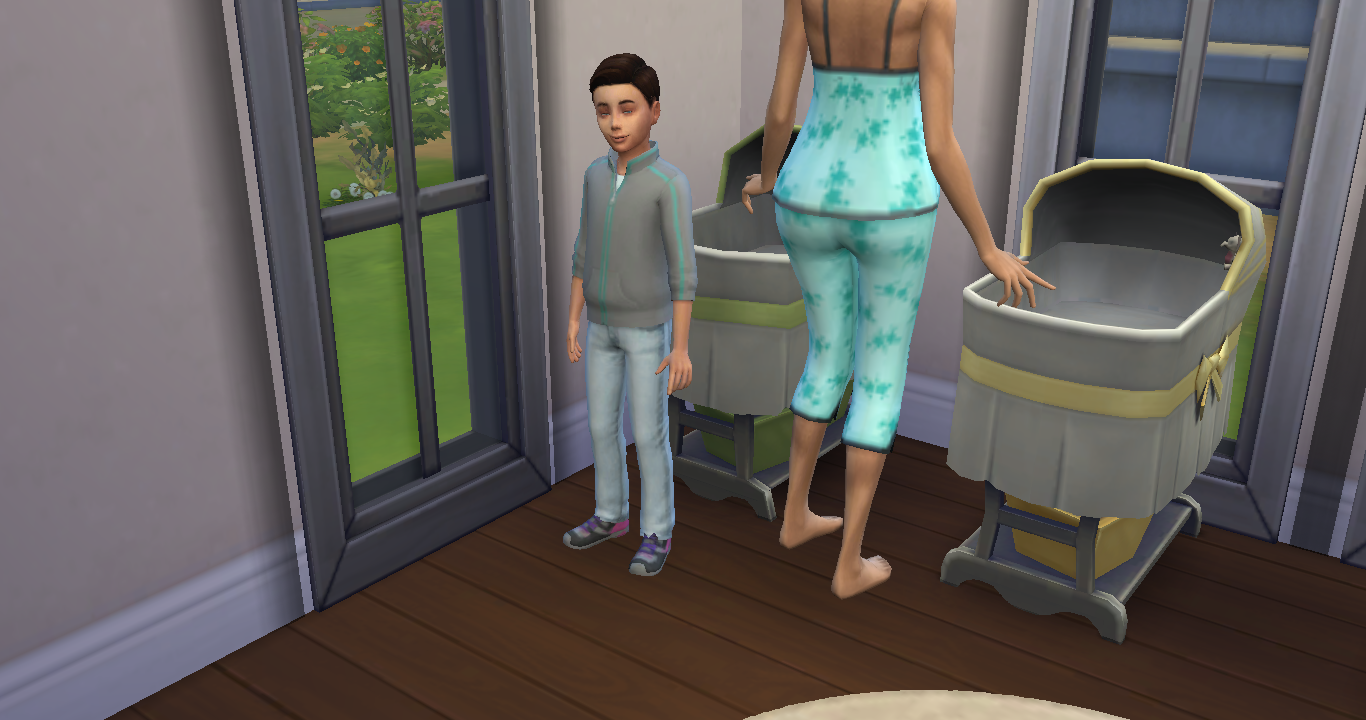 Skyla got an A and moved out the same day.

Amy gets an A and moves out.