TS4 Neighborhood Rotation- Keeping Up With The Jones's

I'm trying something totally new to me: a neighborhood rotation!  Not a challenge, just me hopping from house to house and messing with the sims lives.  I'm doing it on long lifespan.  I kept going back and forth with myself over whether to do aging or not and finally decided on long lifespan.  I'm calling it keeping up with the Jones's.  I got a husband and wife from the gallery called Jones by sarademoor.

(FYI In later chapters I don't bounce around like I do at first.  Sorry this chapter is so confusing.) 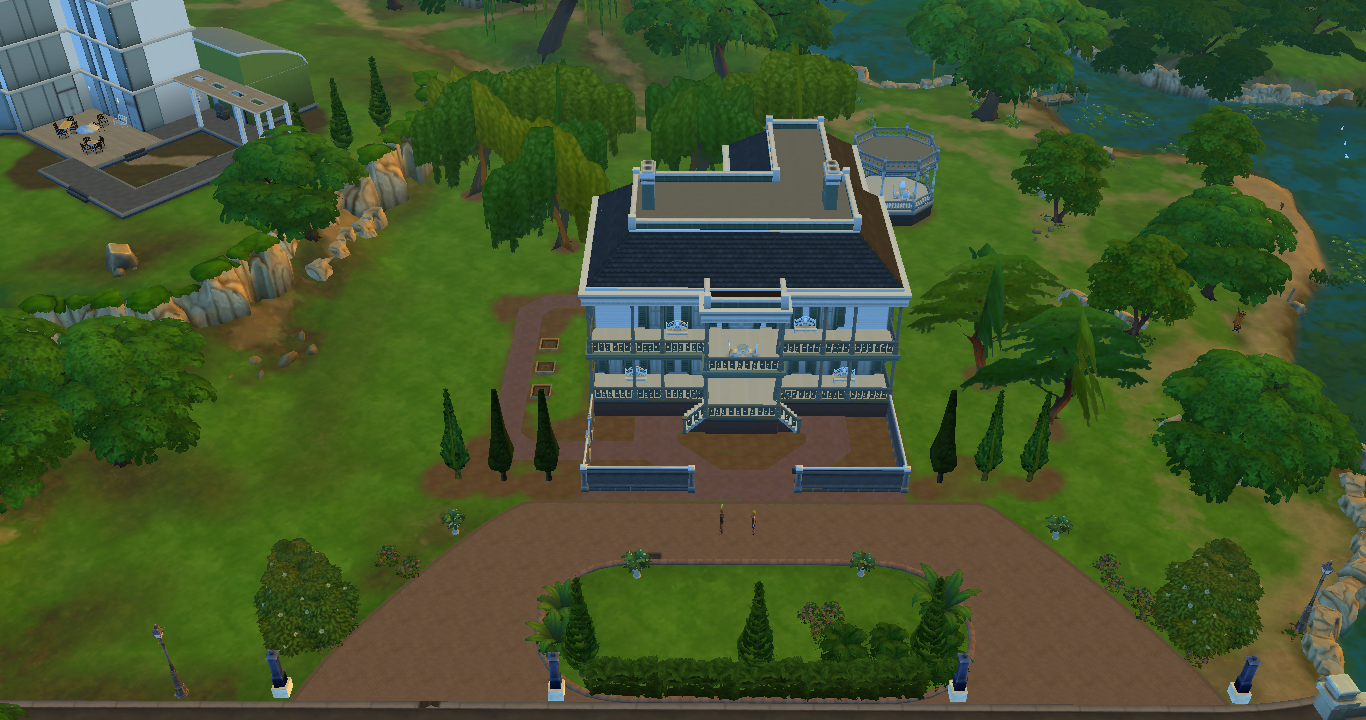 They move into the Oakenstead lot in Willow Creek. 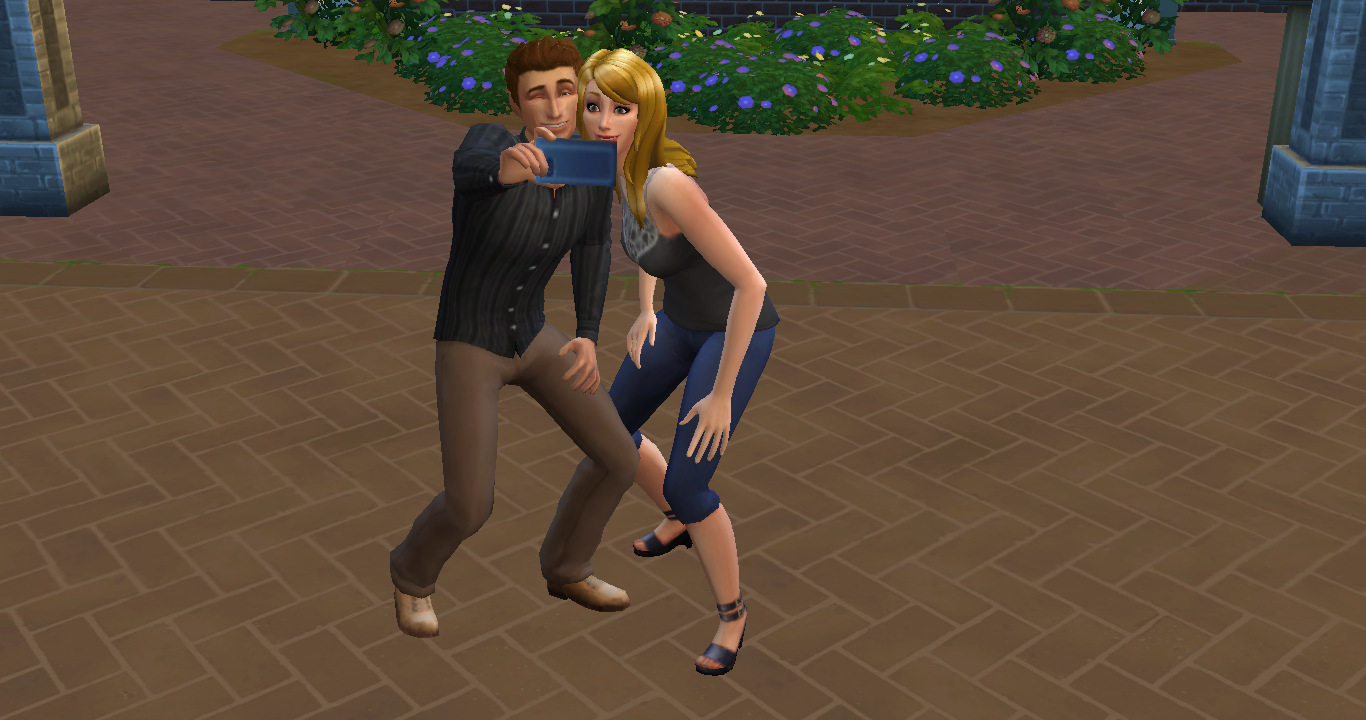 Ansel and Elora both have the Mansion Baron aspiration.  They are both materialistic also.  They want a big house and a big family to go with it and to know everyone in town.  The first thing they do is try for baby. 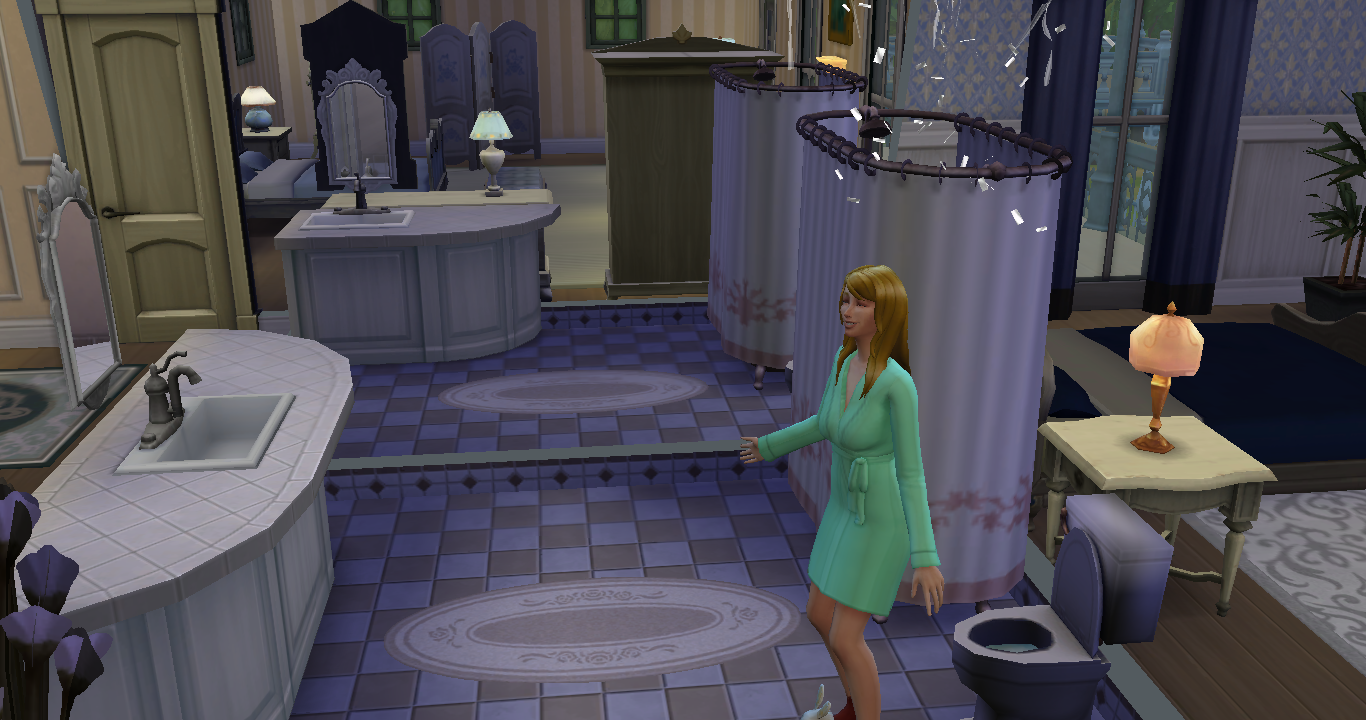 Elora is pregnant and thrilled about it!

Ansel gets a job as a tech guru even though I decide motherlode will be used as often as needed this story.

After Elora's pregnancy announcement I decide to drop by the Goth's home. 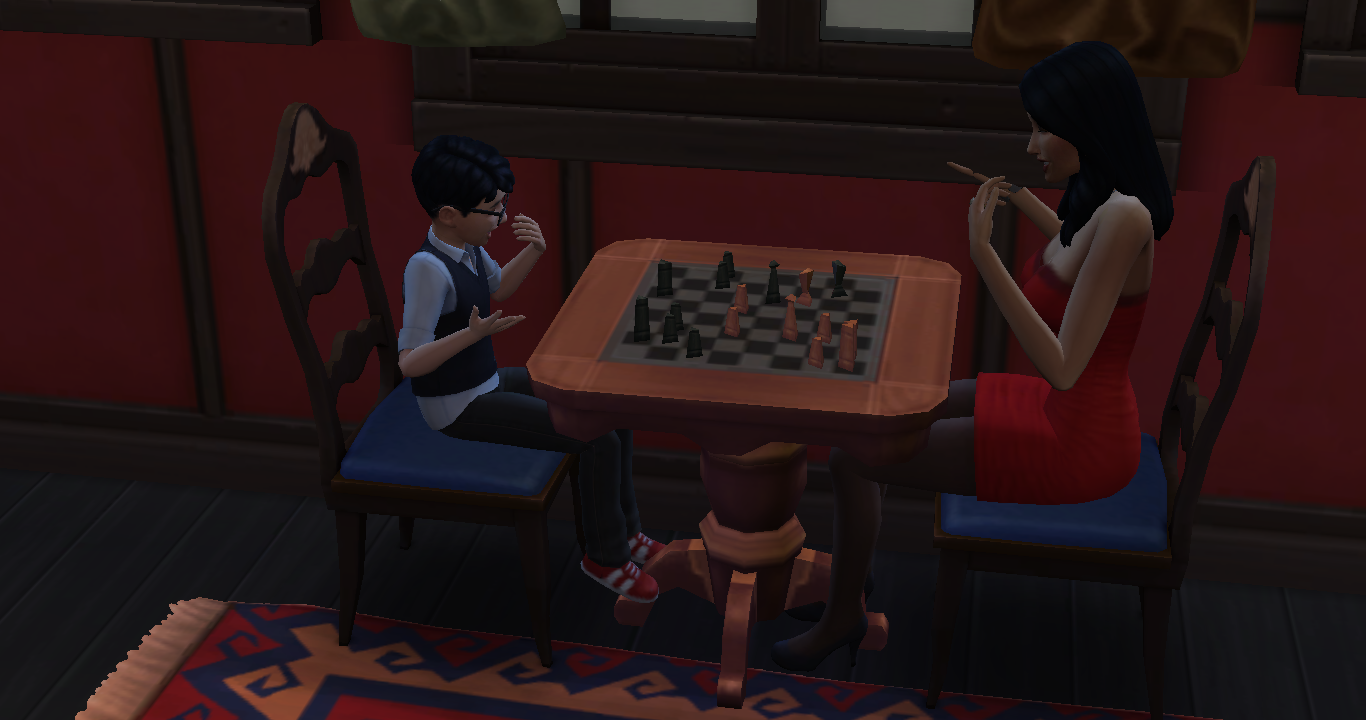 Alexander works on his aspiration by playing chess with Mom.

I was going to get Bella pregnant but there's no room in the house.  After a day I decide they need a new house.  There's is so awkward to maneuver around in. Since all the Goths had to go to work and school I switched back to the Jones's. 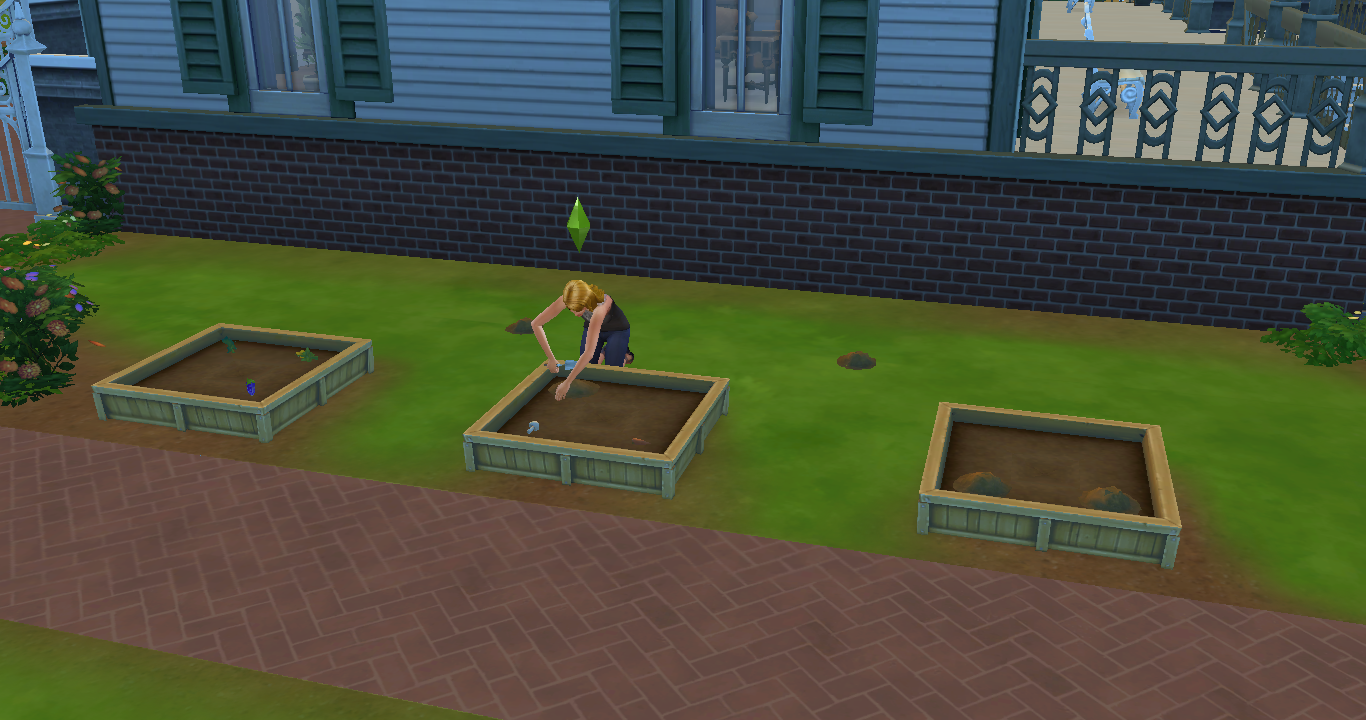 Elora plants a garden so that she has something to do. 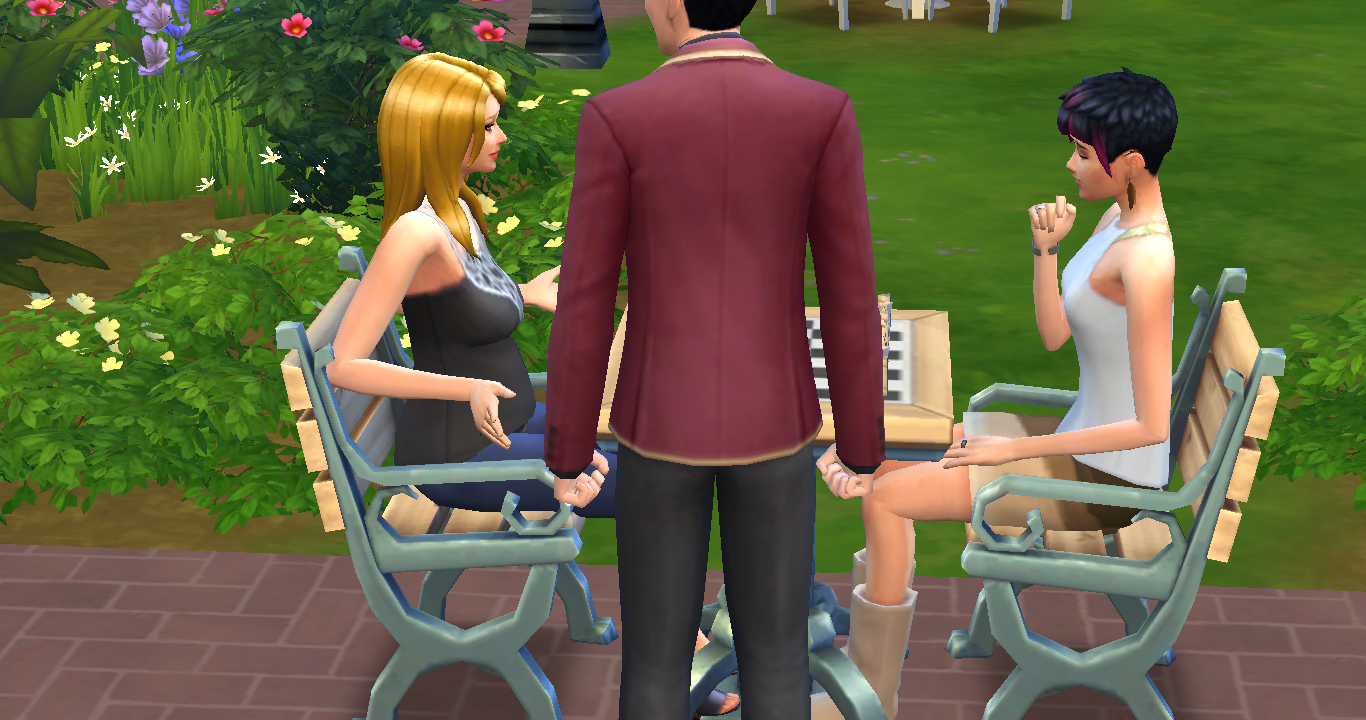 Elora goes to the park and meets June Kay and Mortimer Goth.  Hey Mortimer I thought you were supposed to be at work?

I decide that the Jones's need a new house.  I download Latius by Sturmankrief from the gallery.  I forgot to take a picture!  It's huge.  Once I placed the house all that they needed for their Mansion Baron aspiration is some columns.  So I drop some down and boom aspirations completed!  That's why it's keeping up with the Jones's, they have the nicest house by far. 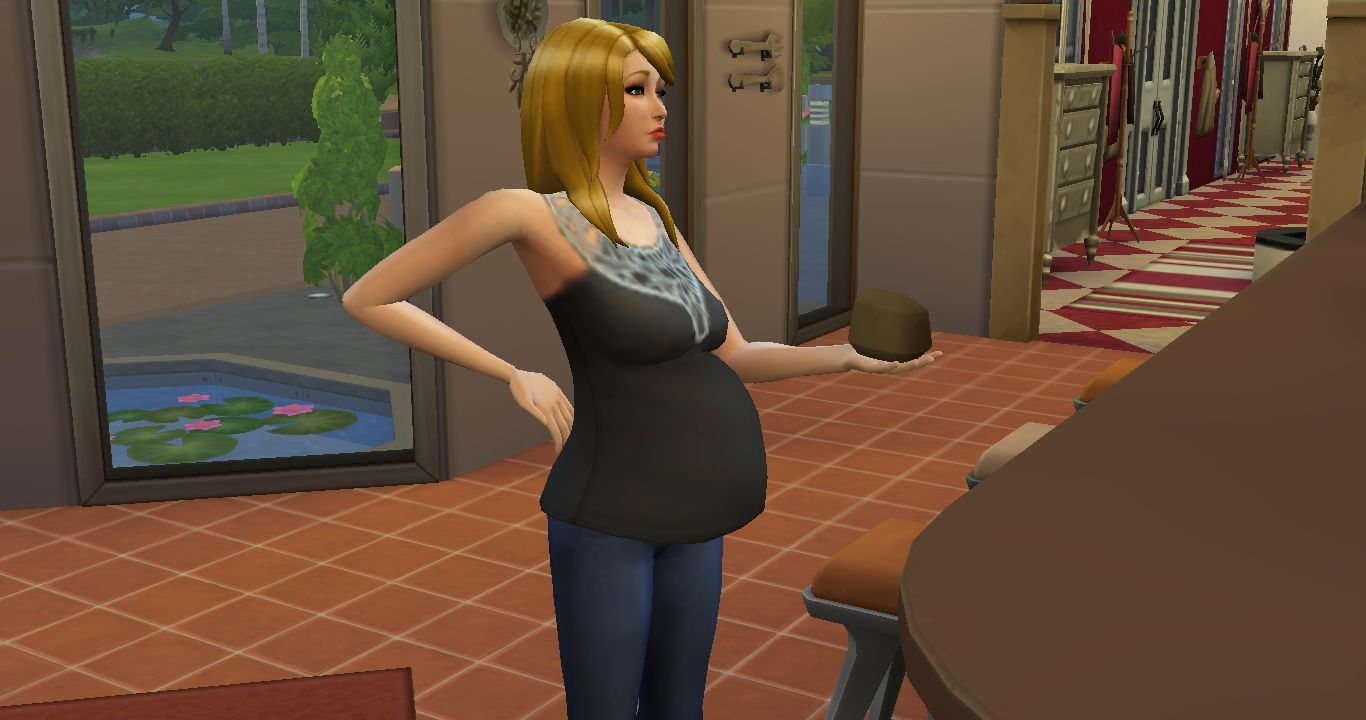 Elora in her third trimester.  She found this clay on the kitchen counter.  Everyone keeps playing with it. Elora decides to take up painting since there's no room for a garden at the new house. 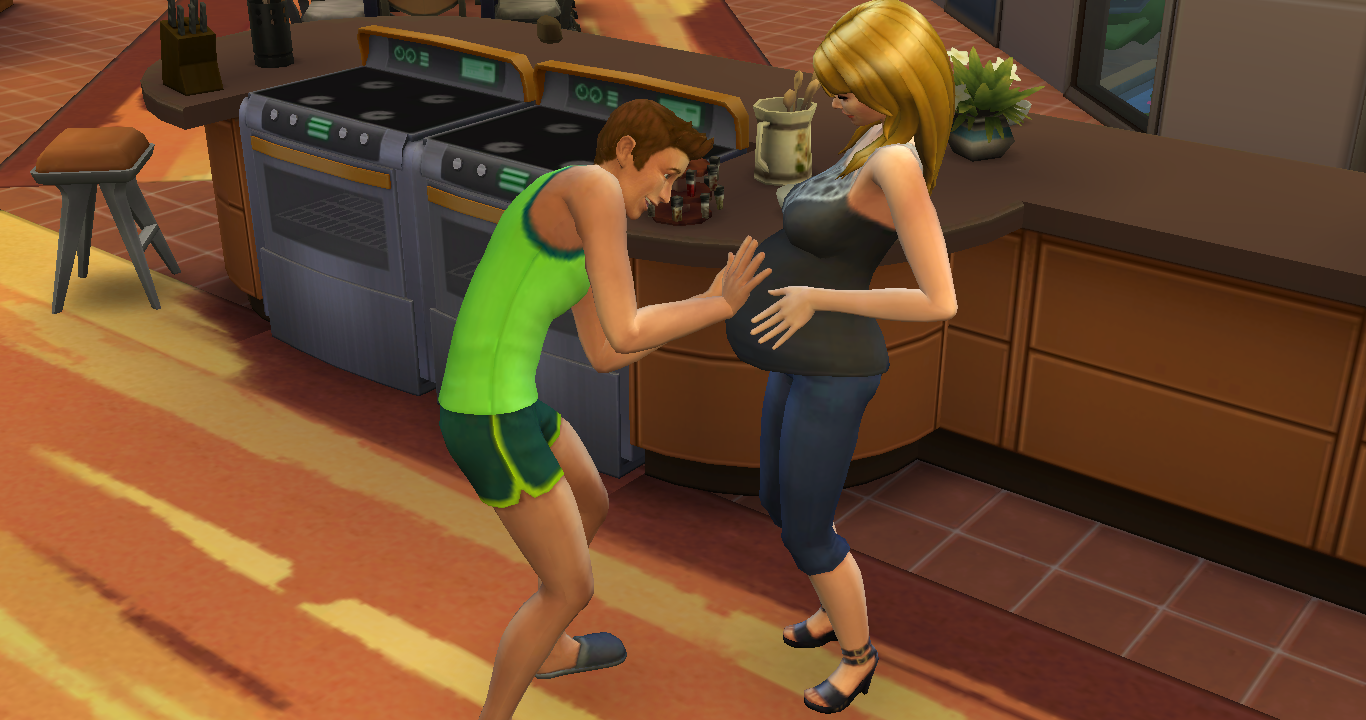 Ansel is very excited about the new family member.

Elora gives birth to a girl, Buffy Jones.  I wanted snobby names, lol.  They try for baby and are pregnant again. 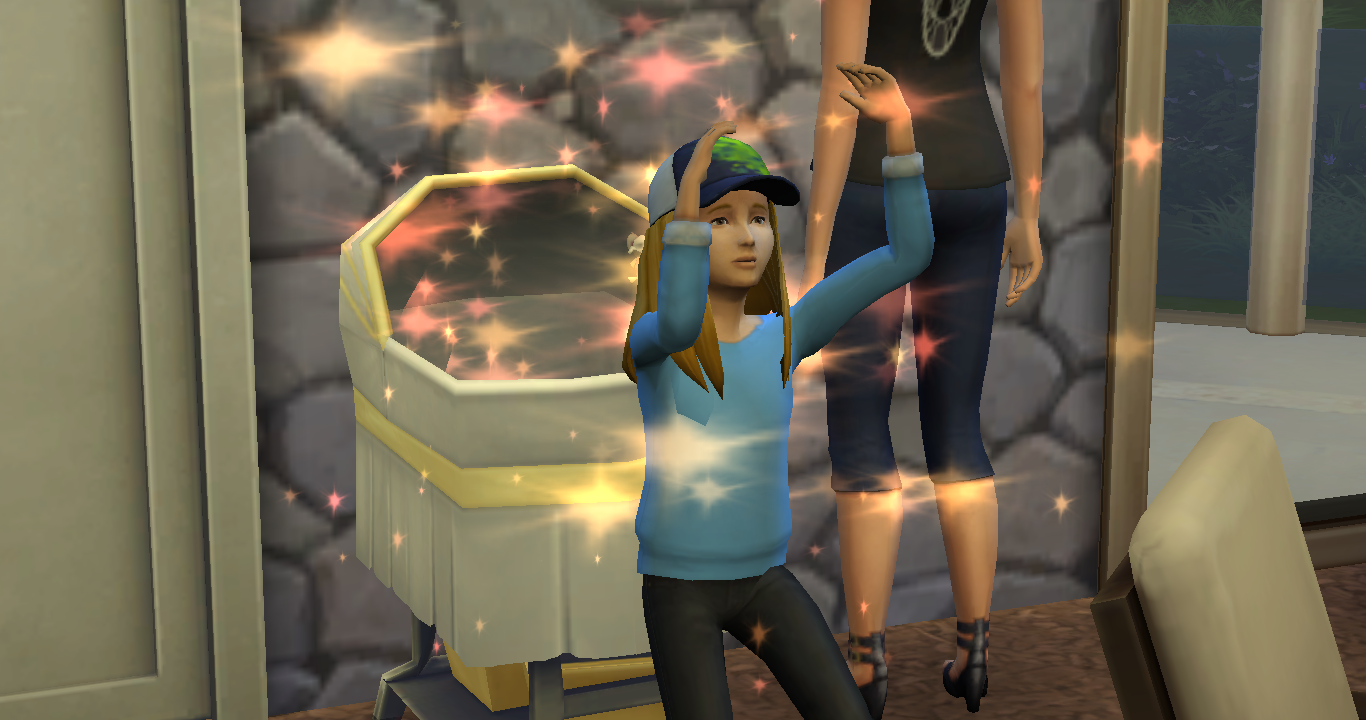 I get impatient and age up Buffy.  Looks like she takes after her Mom. 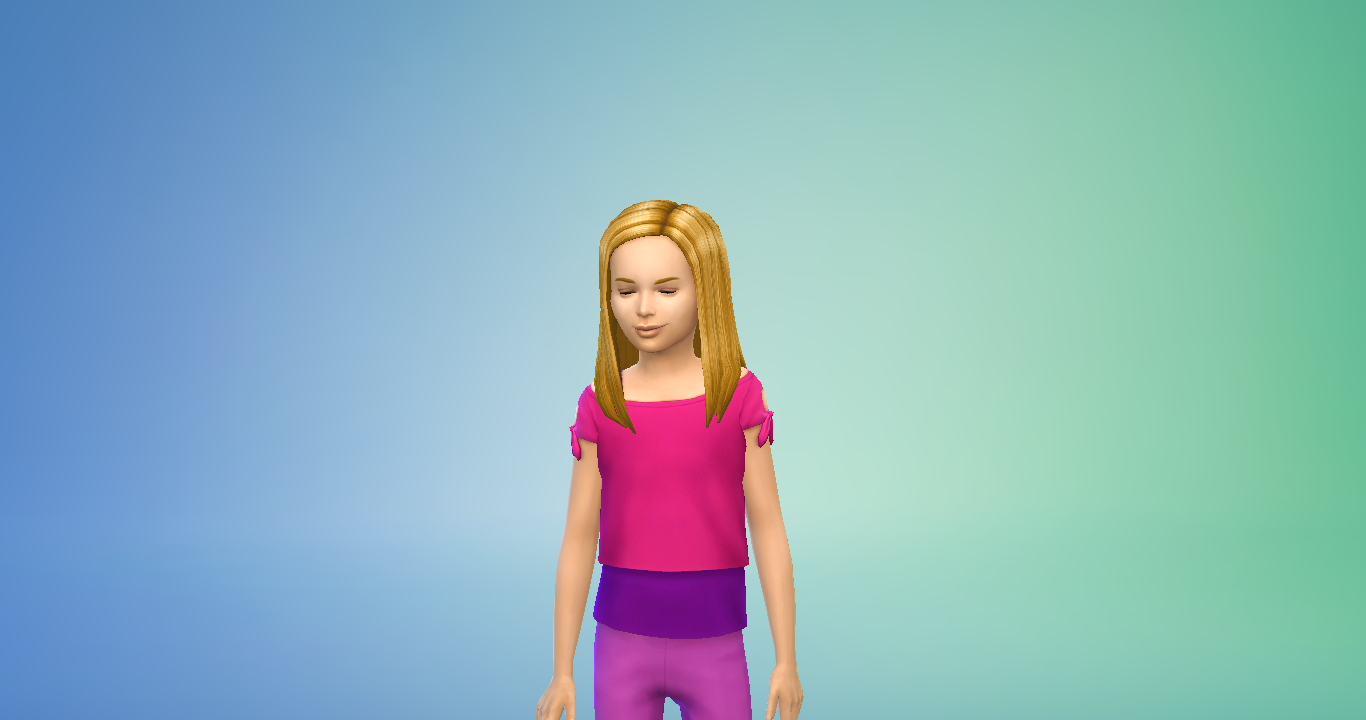 Buffy gets a makeover.  That hat had to go! 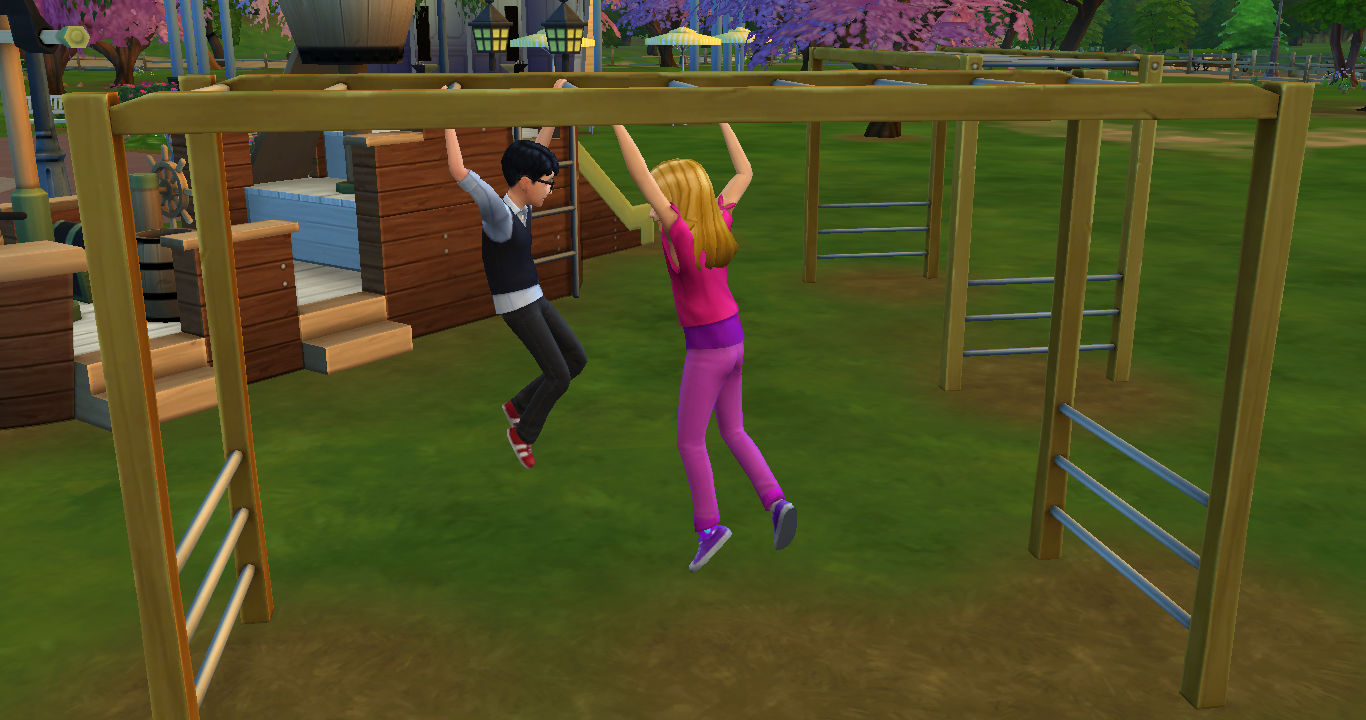 Buffy and Mom go to the park and Buffy meets Alexander Goth. 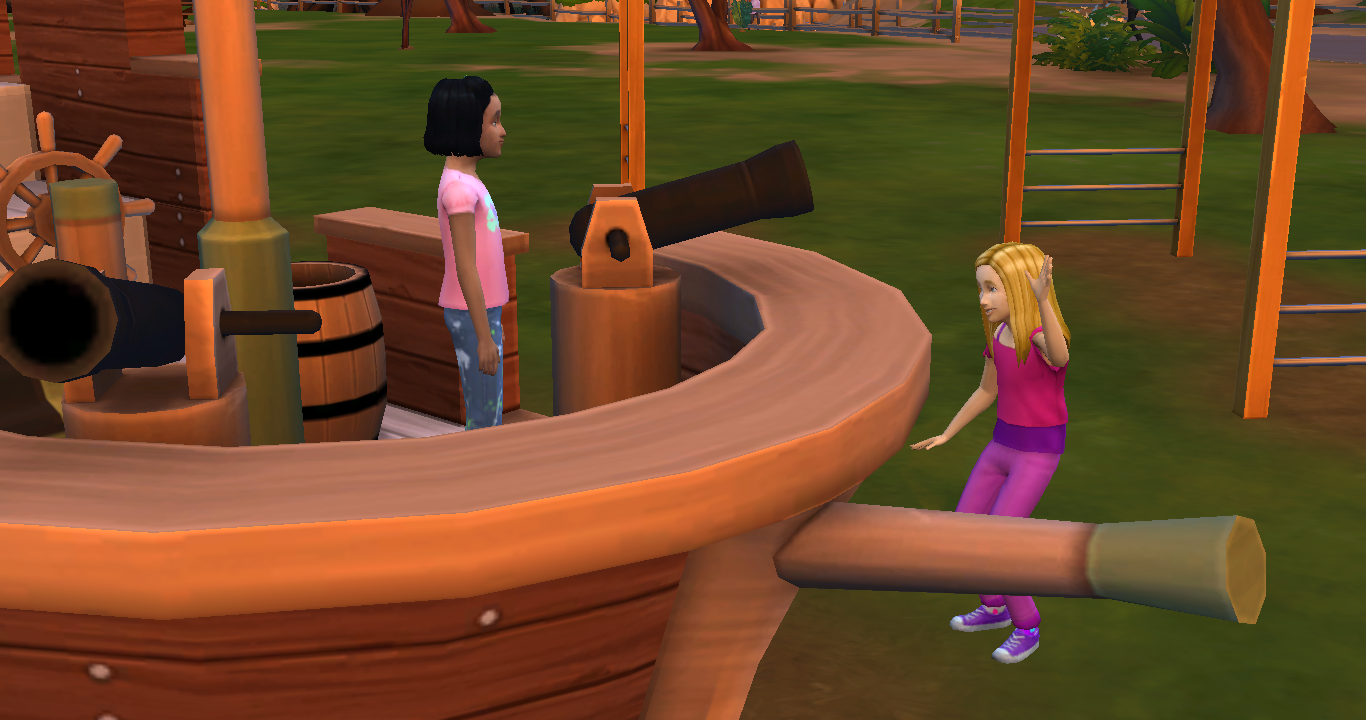 Then she meets her neighbor Olivia Spencer-Kim-Lewis. 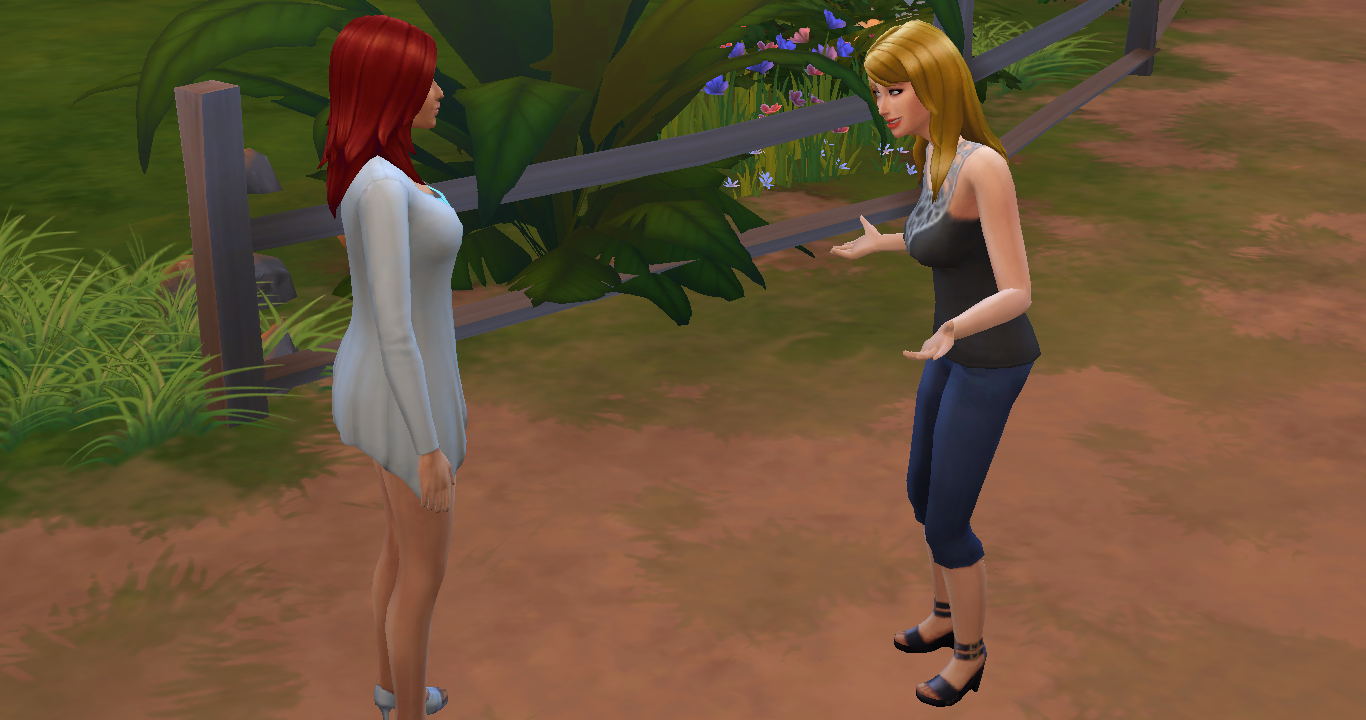 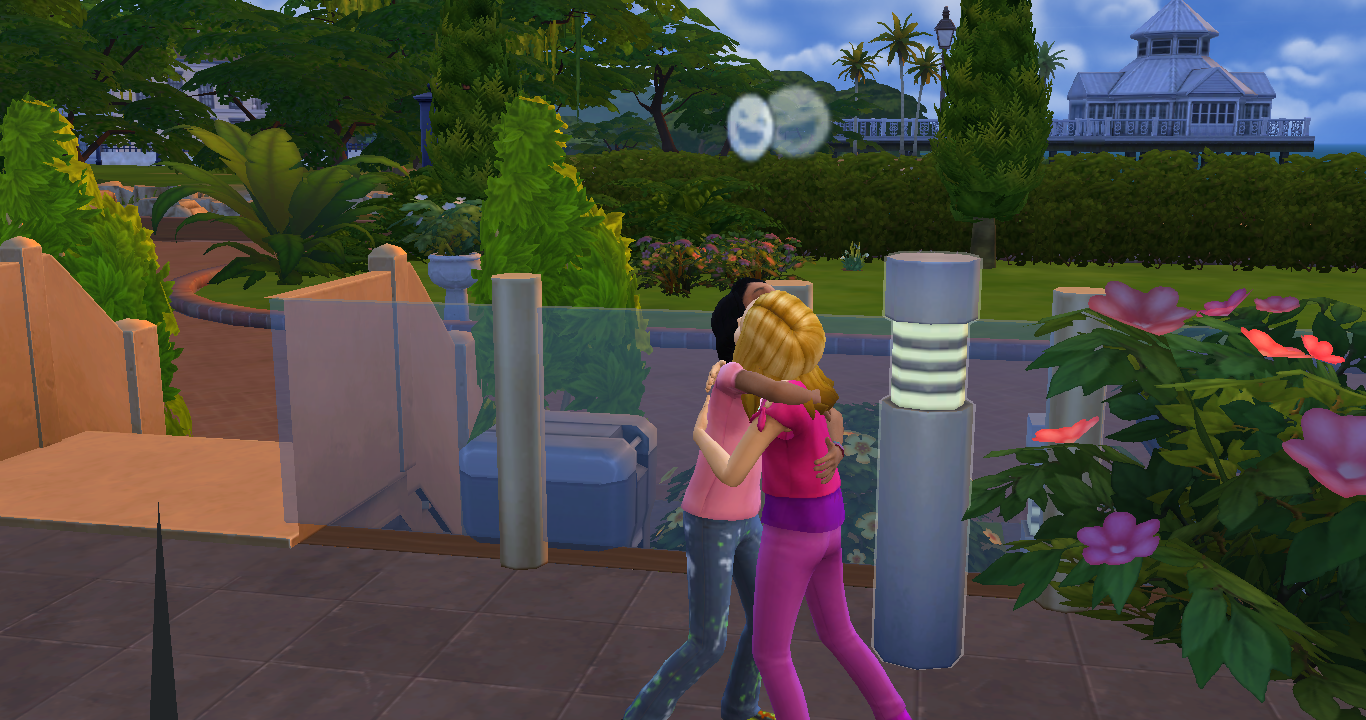 On Saturday Buffy invites Olivia over and they become B.F.F. 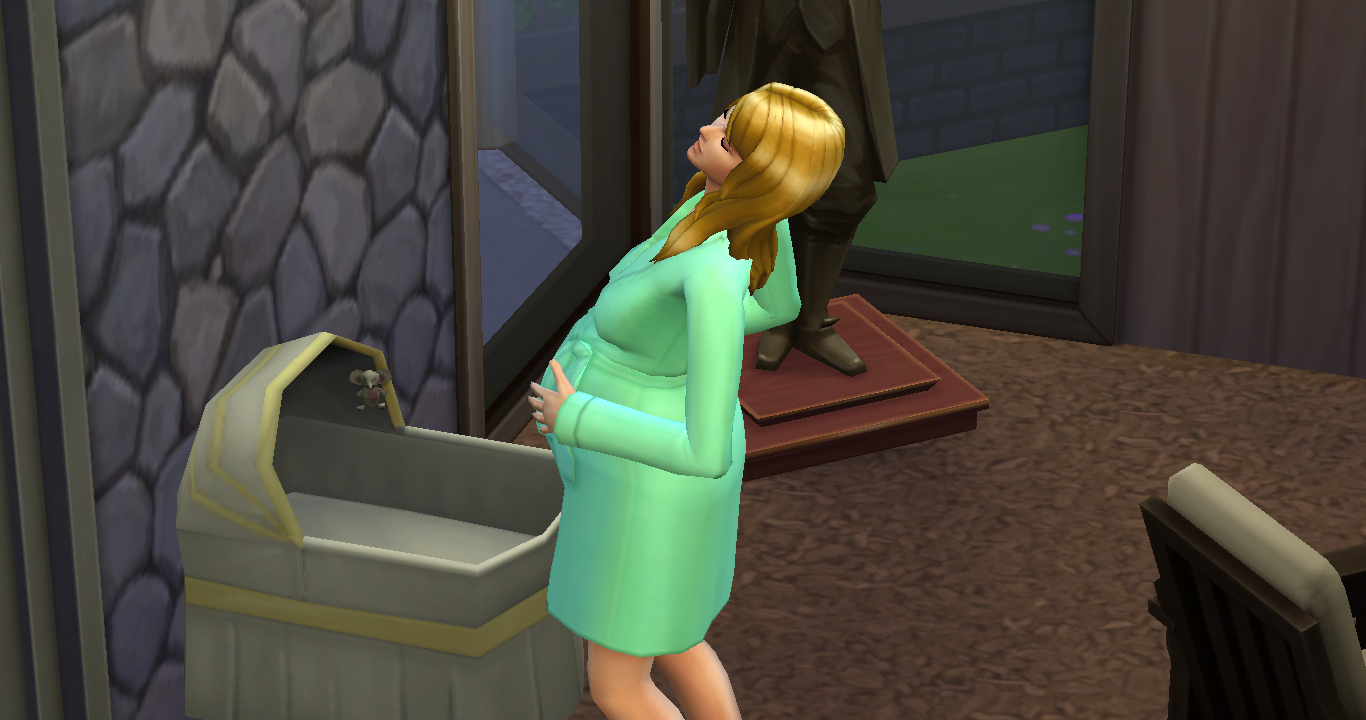 Elora goes into labor!  I was too busy with the girls and completely forgot!

It's a boy!  Sebastian Jones.  The next morning they try for baby again and Elora is once again pregnant.  They sure are in a hurry to have a big family.

I decide to play another household for awhile but I can't pick one.  There's too many to choose from. 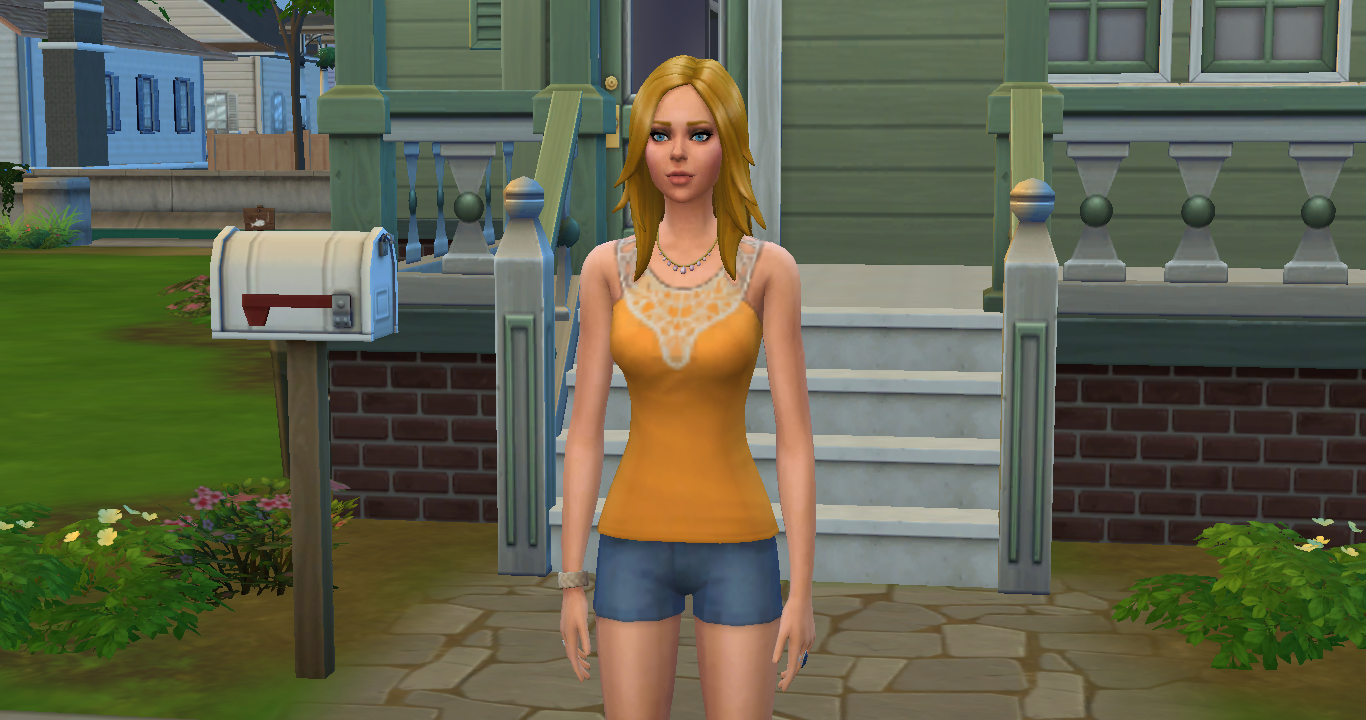 At first I think about playing Babs L'Amour.  Babs is a serial romantic and materialistic, clumsy and non-commital.  After seeing this I decide to put Babs on the back burner and try someone else. 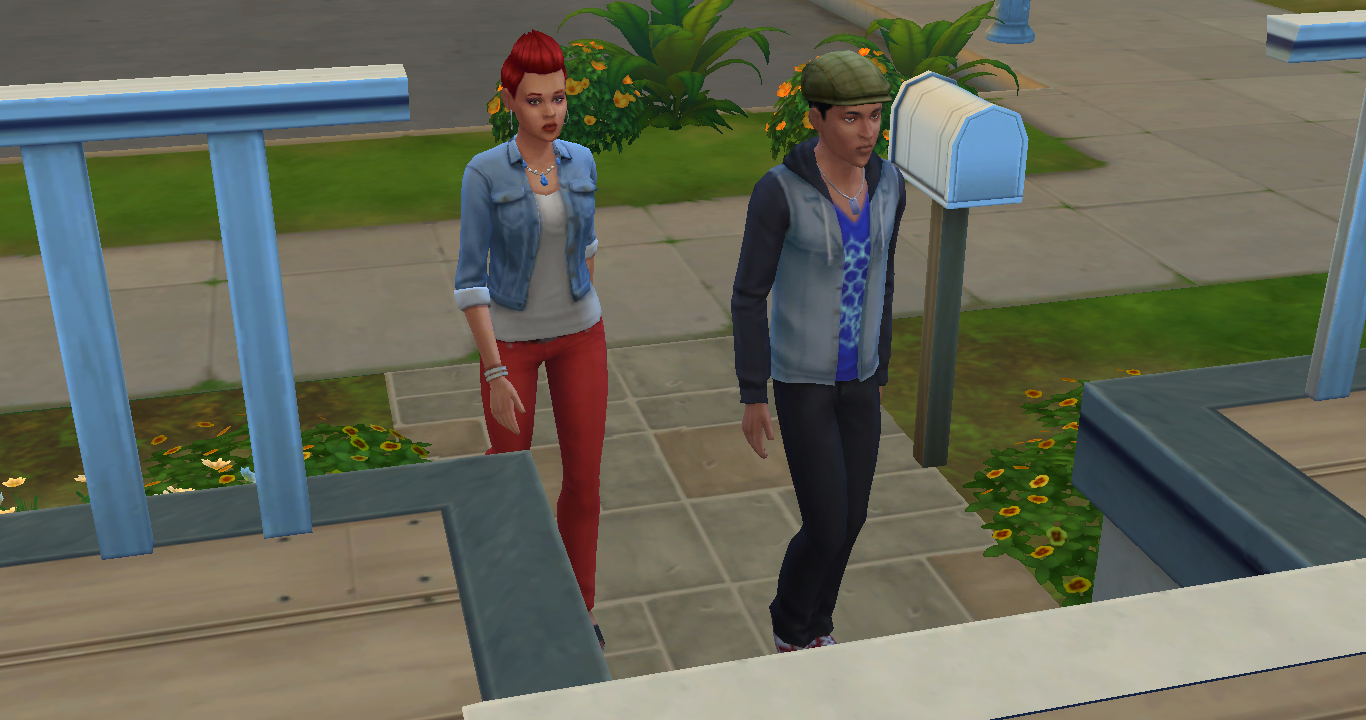 I decide to try siblings Ollie and Cassidy Purdue.  I decide they need a new house.  I find one that will work in my library 3br Craftsman Starter by ruthless_kk.

Going by their aspirations I get Ollie a easel and he joins the painter career and Cassidy gets a guitar and joins the entertainer career.  I spend the day there and then the next day I hop over to the Pancakes house. 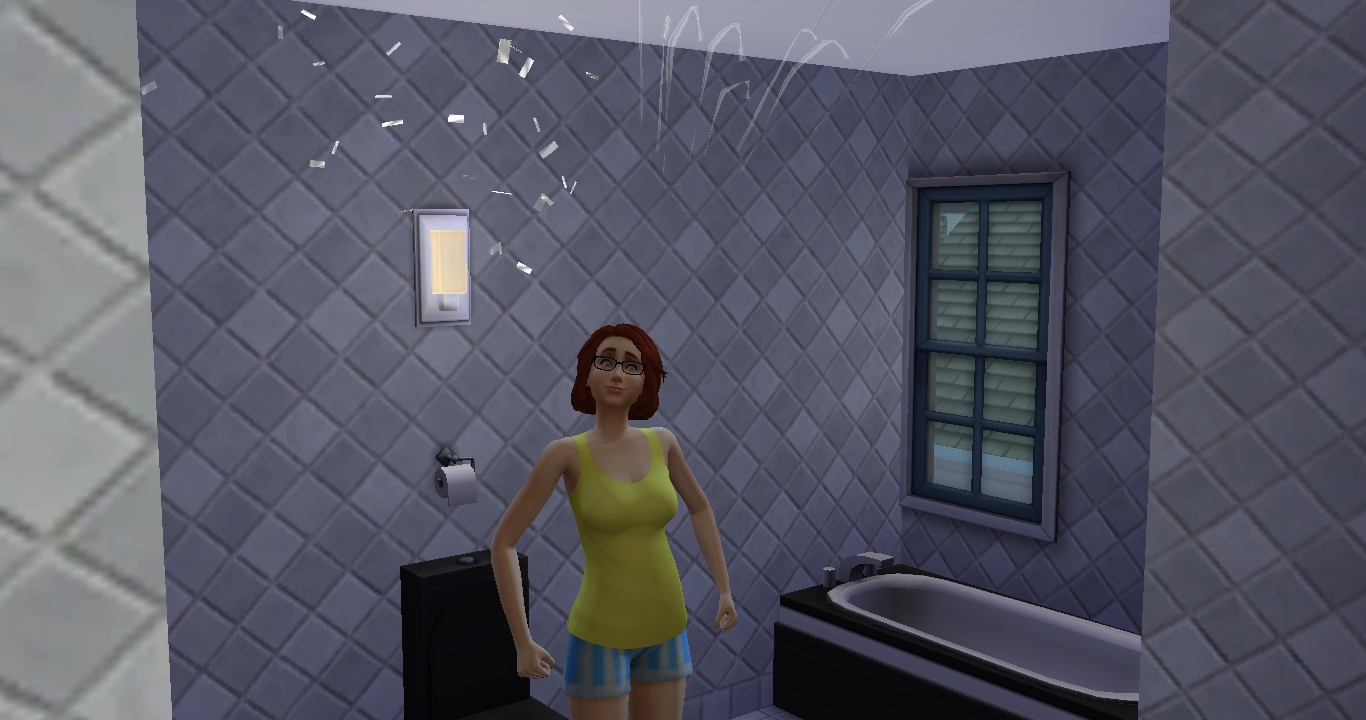 They try for baby and Eliza is eating for two!

Then I switch to the Goths.... 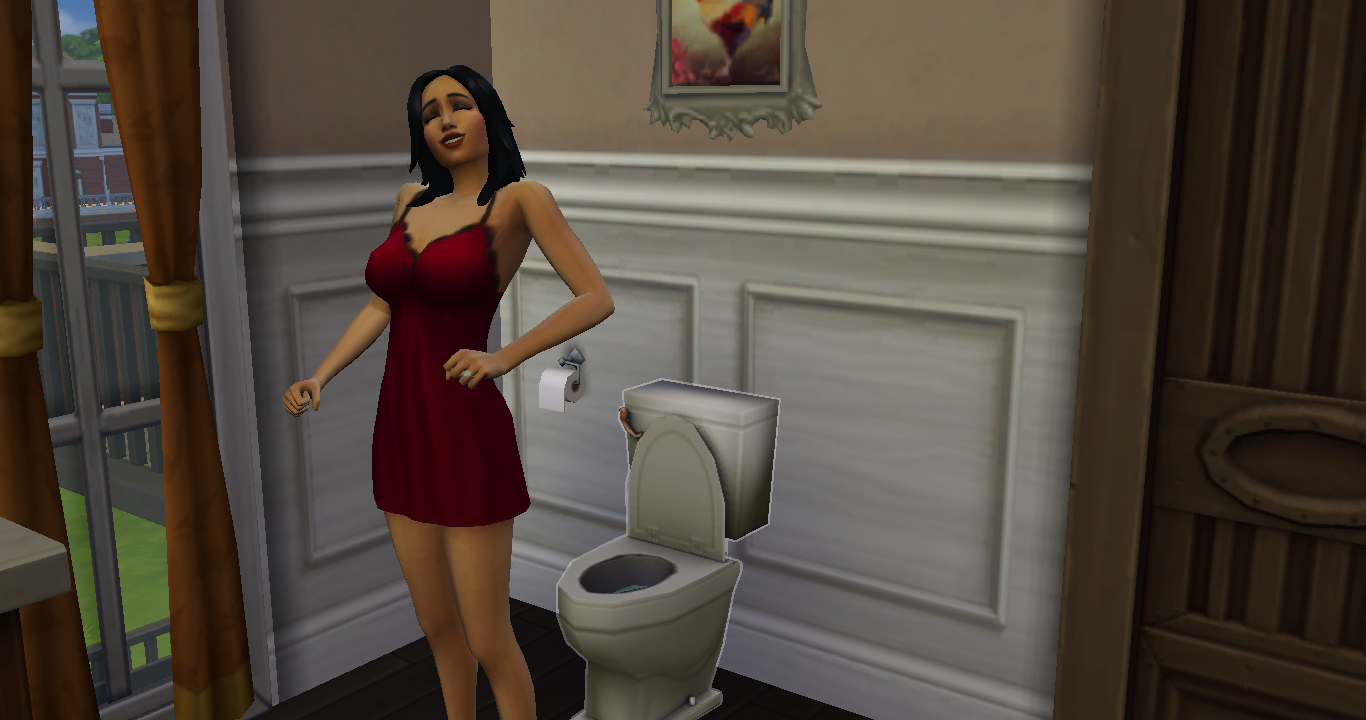 Yep I did it, Bella is pregnant too.  (later I'll learn this was a mistake to get 2 pregnant in a row) 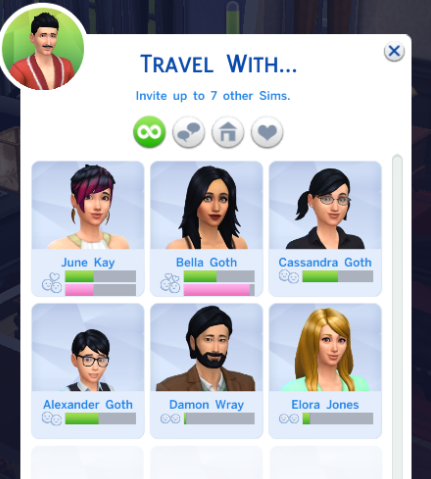 I was going to travel with the family and found out Mortimer has been cheating with June Kay!

I leave the Goths and pop back to the Jones's... 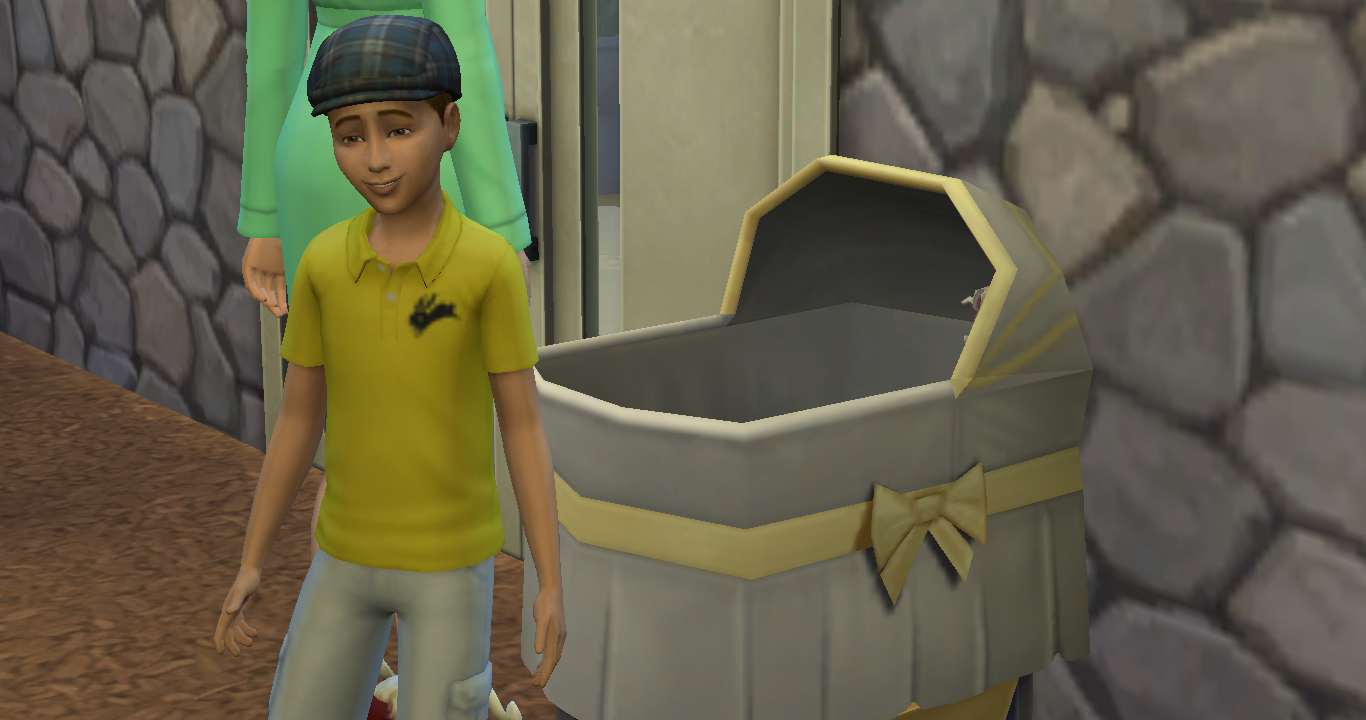 Sebastian aged up to child.  His traits are rambunctious scamp and active.

Elora gave birth to another girl Mercedes Jones.  They decide to wait to have any more babies.

I switched to the Pancakes so I can be there for the birth... 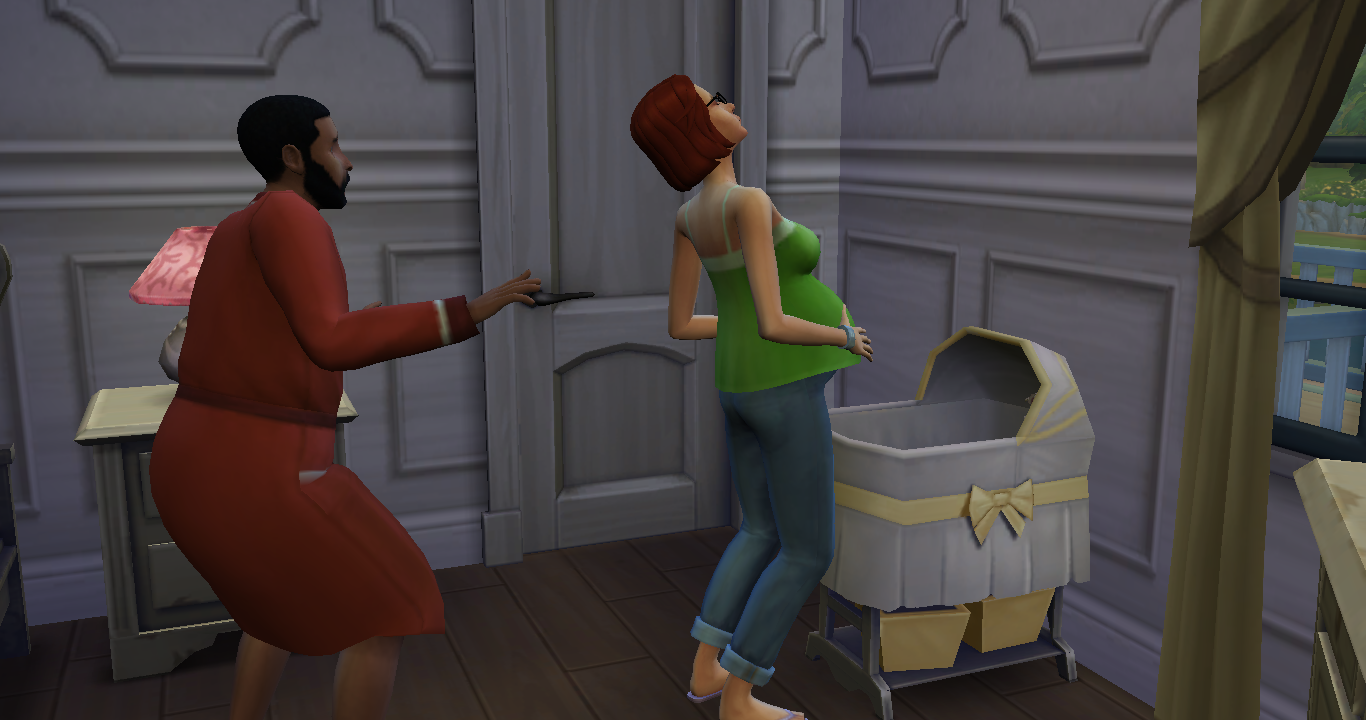 Bob was so funny when Eliza went into labor.

It's a boy!  Chandler Pancakes.

Then I go to switch to the Goths for Bella's birth only to see I missed it.  Which is why I shouldn't have gotten two sims pregnant in a row.  <pout>  I'm so disappointed. 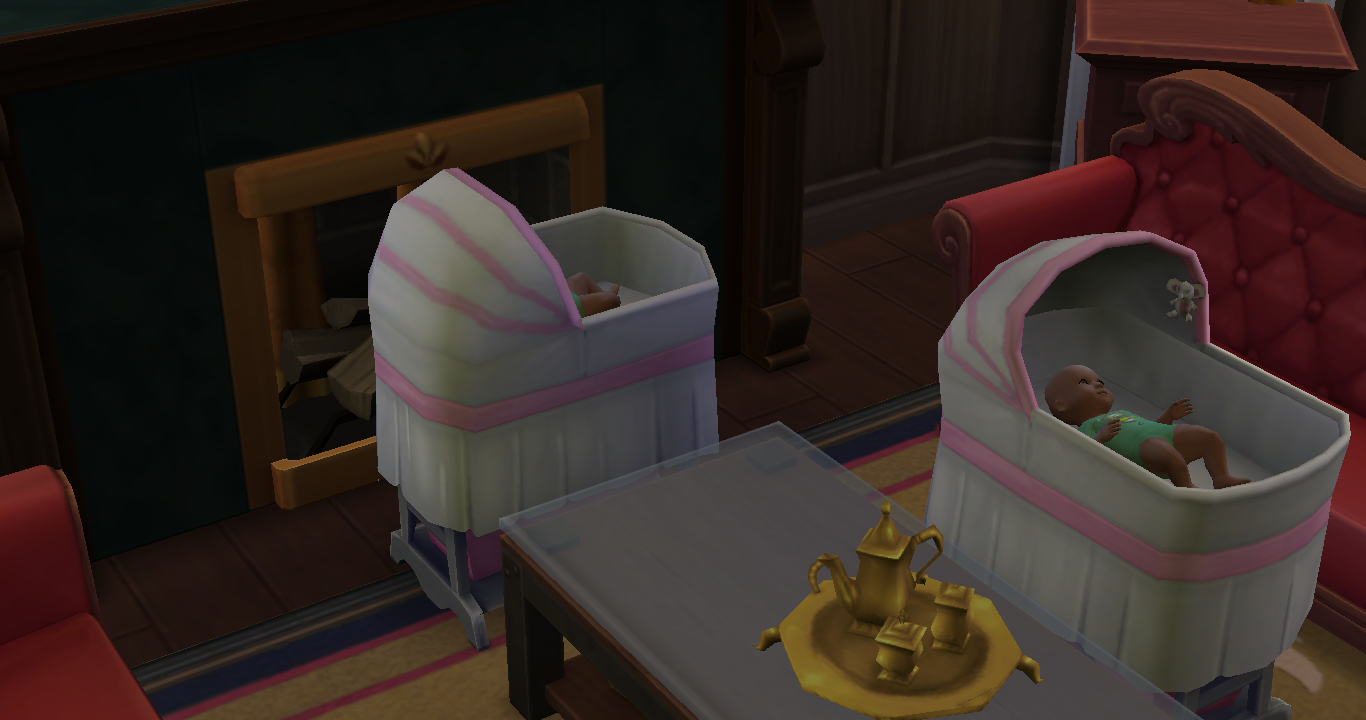 I searched the house and there they were.  Don't let the pink bassinets fool you.  Yes, Bella had twin boys!  The boys are Kayden and Charlie.  I wish there was a way to change their names.  Charlie Goth?