I'm really getting into this neighborhood rotation!  It's like if I'm bored with one household move on to another.  And they all have different ways to play.  Some have kids and some don't, some live in big houses and others live in crappy trailers.  They all have their own personalities and it's fun to watch and think what should happen next.  (insert evil laugh here) 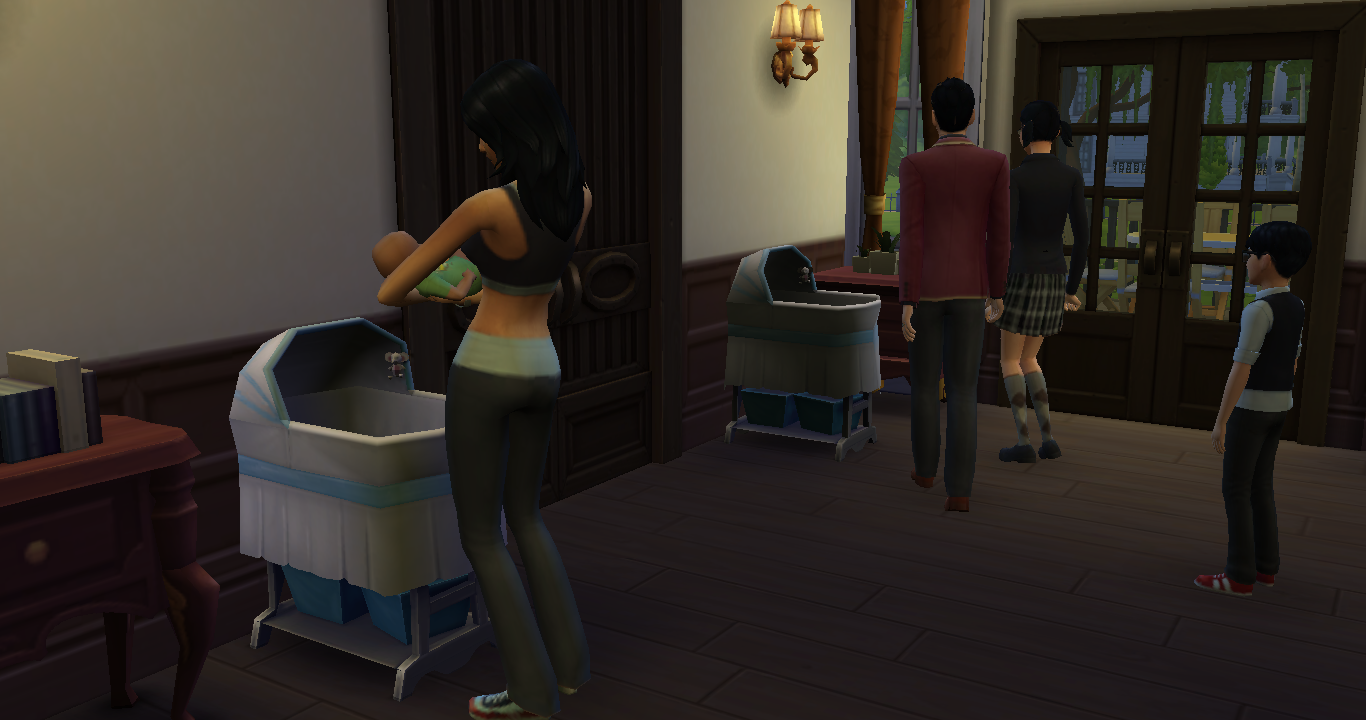 Alexander was angry about his new siblings at first.  Two brothers to take his place! 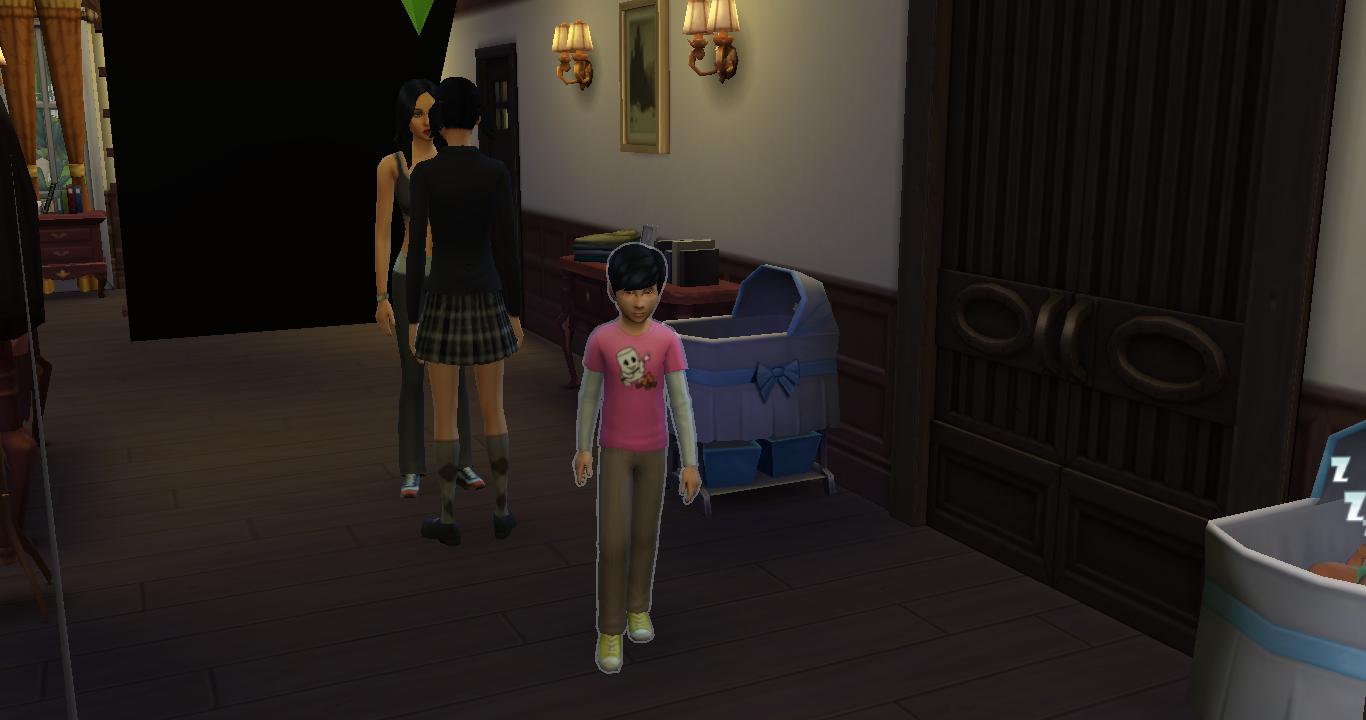 Kayden Goth ages to a child. 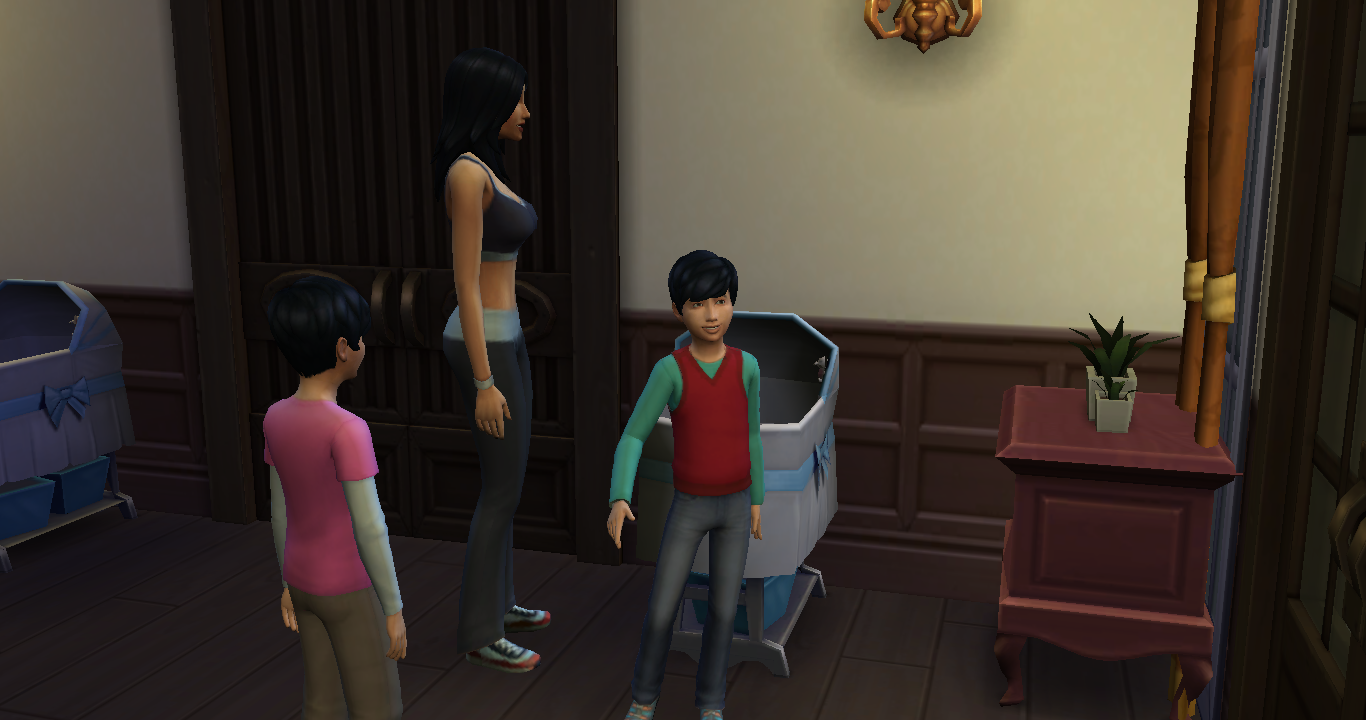 Charlie Goth aged to a child too.
I tried to use the CAS cheat to change his name and for some reason it wouldn't work.
I've decided he's going to be the black sheep of the family, lol. 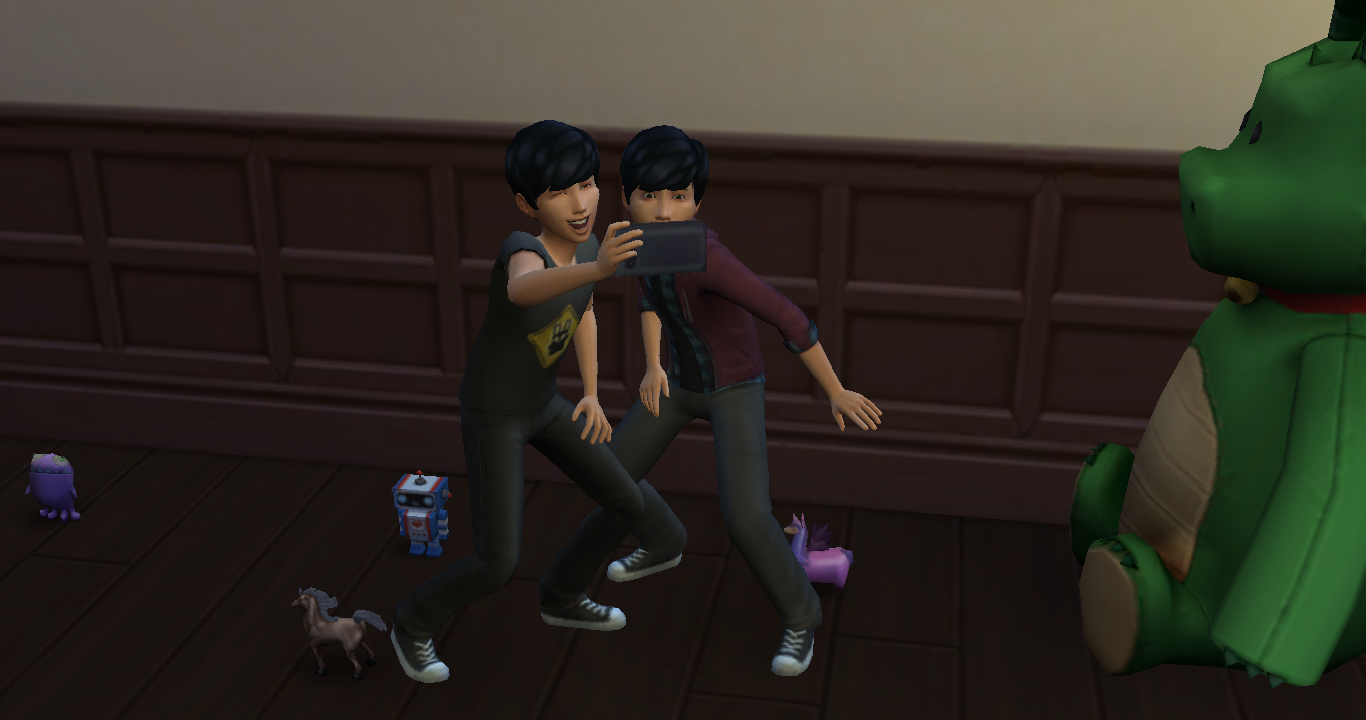 Charlie and Kayden in their new clothes. 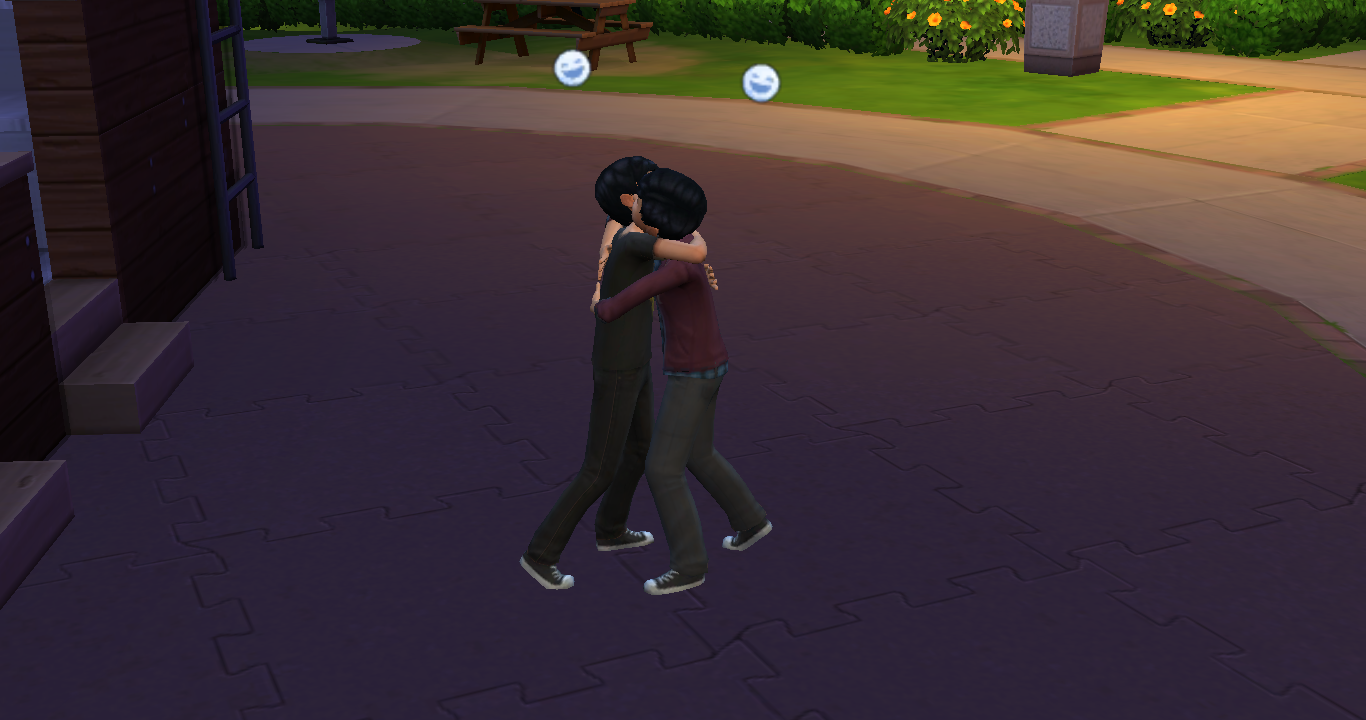 Charlie and Kayden become partners in crime and BFF. The Goth family eating salad for breakfast.  I don't trust Bella to cook anything else. 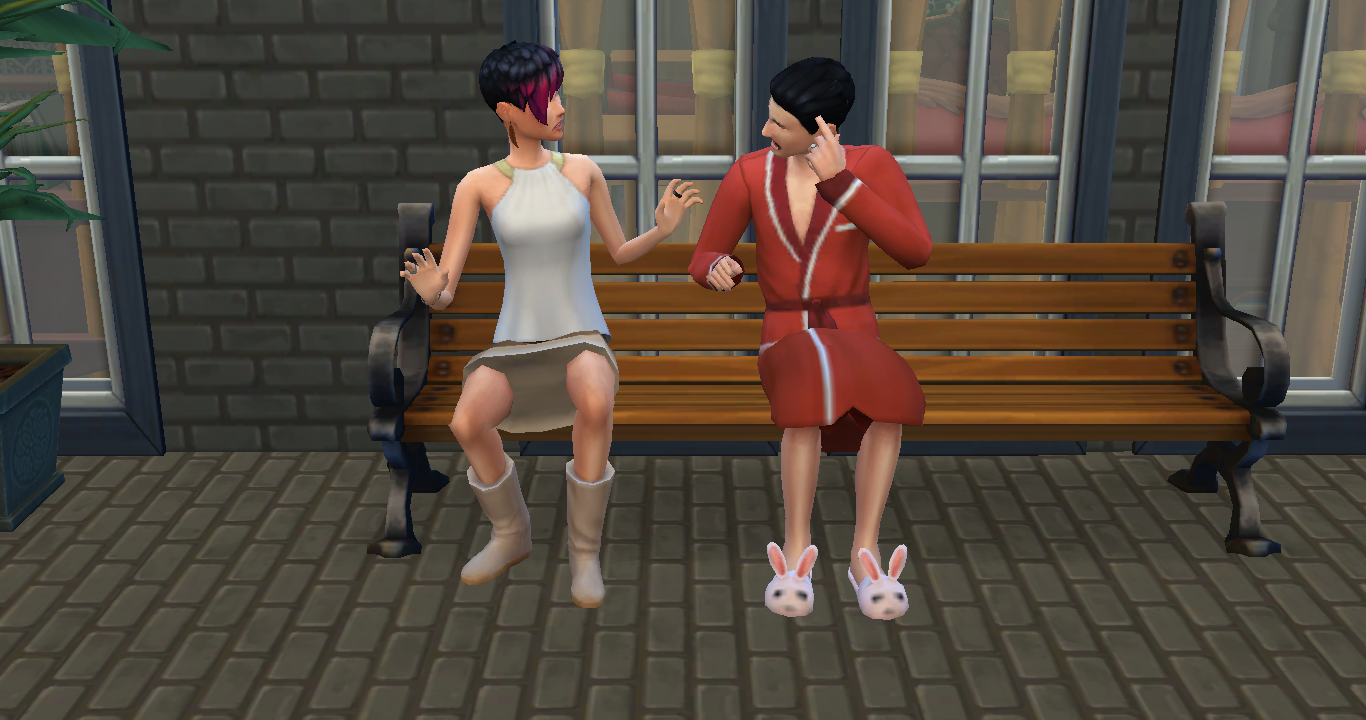 Mortimer waits for his family to go to work and school and calls June over.
He tells her it's over and she's very upset. 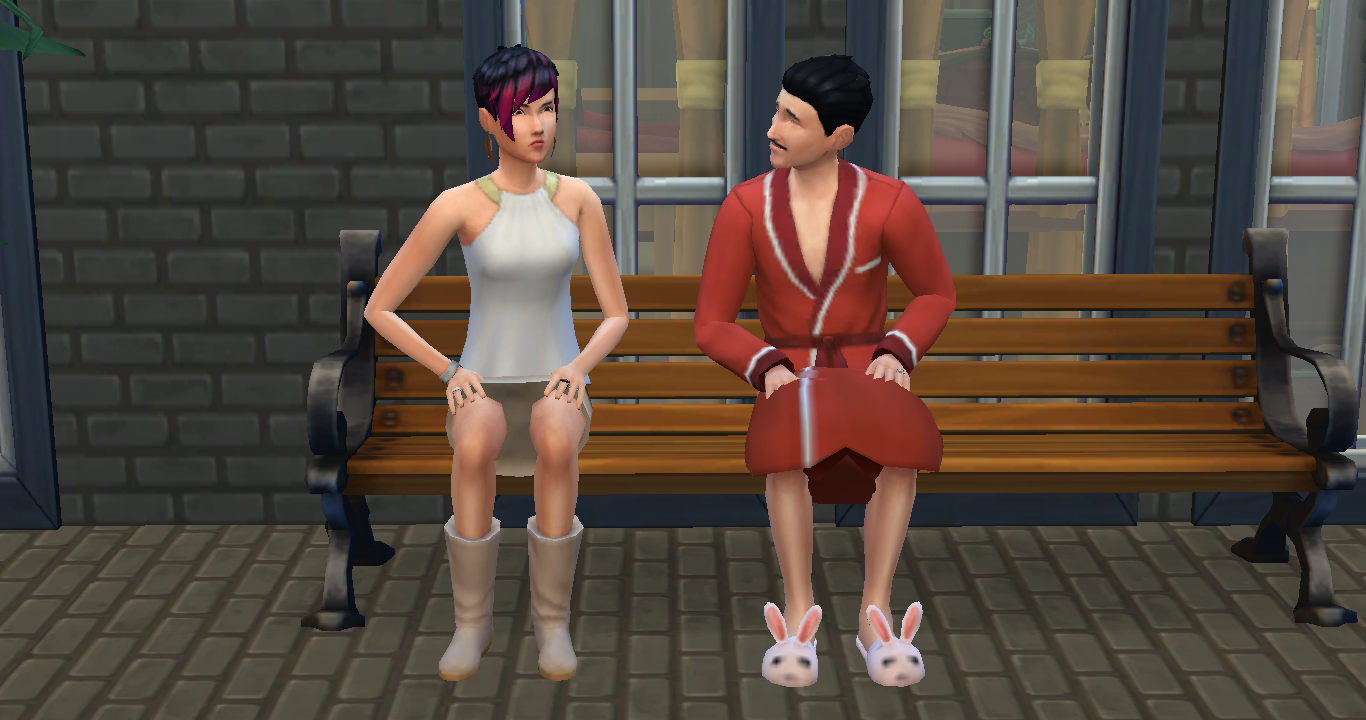 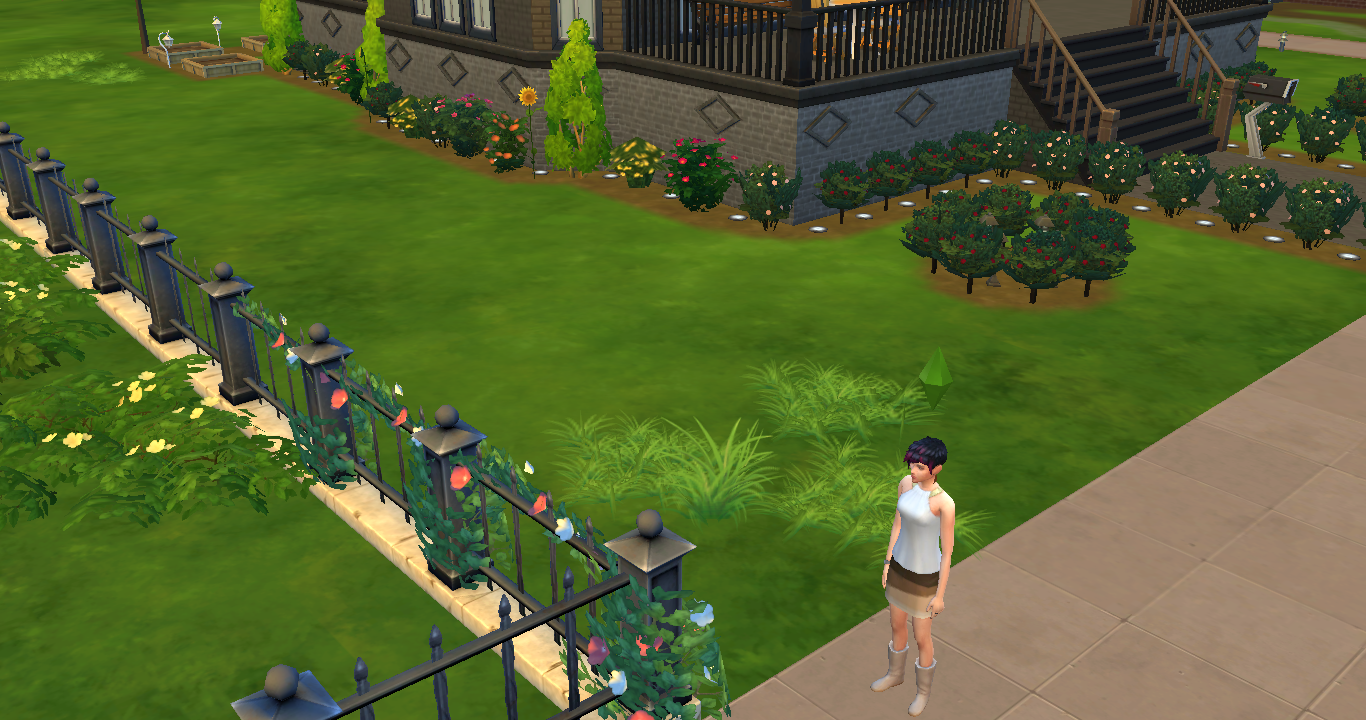 June stands on the street outside the Goth family home seething in anger. 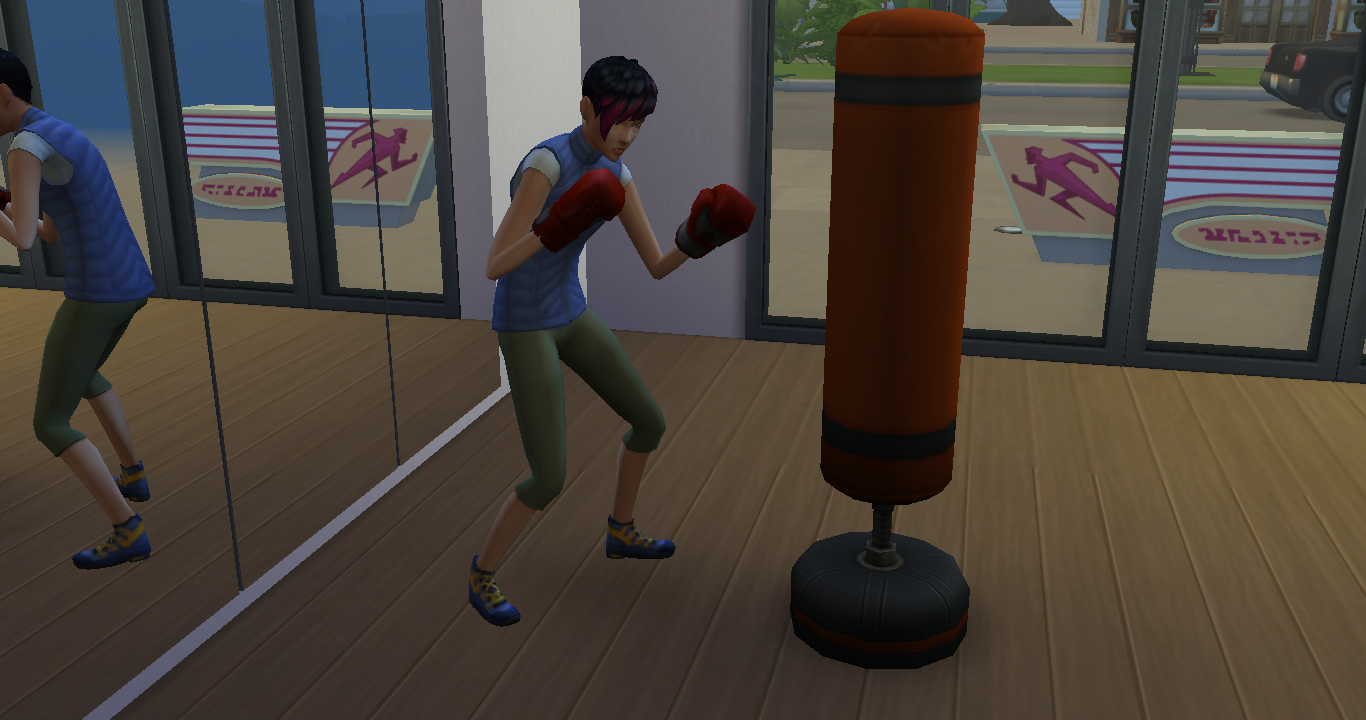 She goes to the gym to blow off some steam. Then she goes to the nightclub to drown her sorrows. 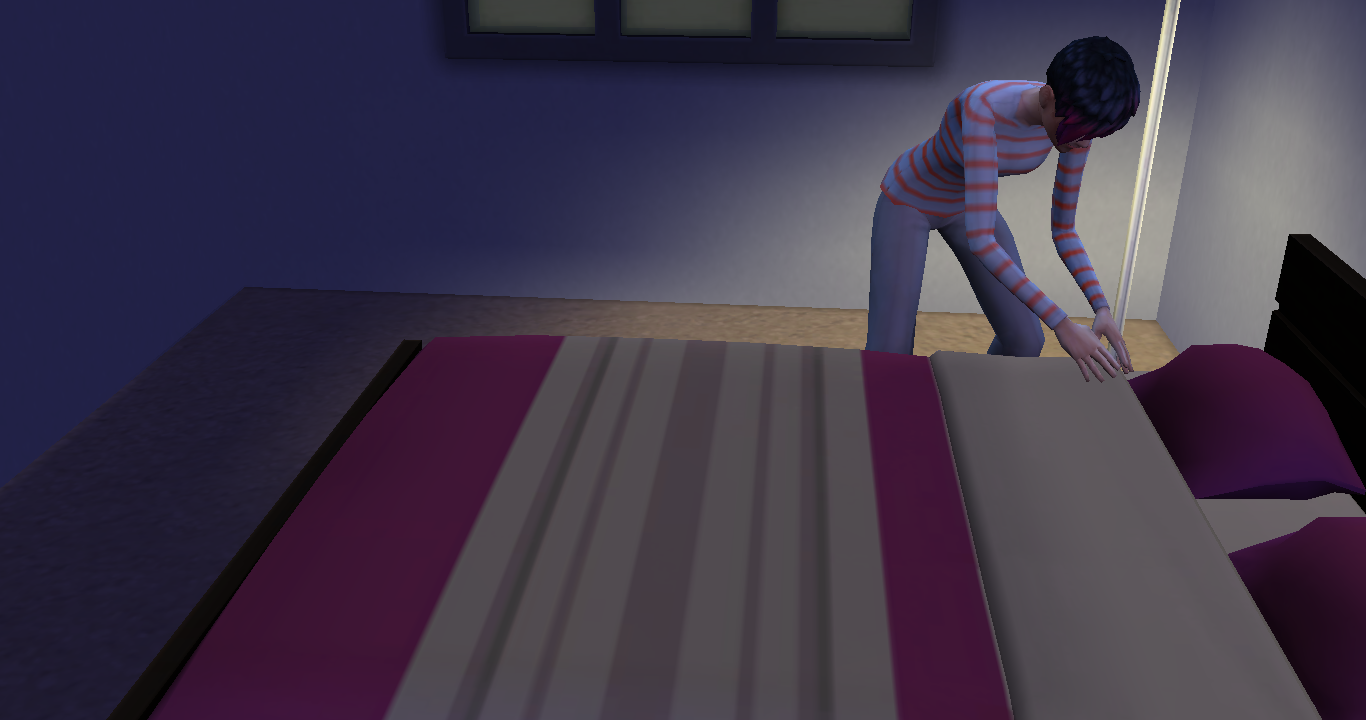 She ends the day thinking "Another night alone" and sighs.

The next day after a visit from her friend Elora Jones to cheer her up June picks up the phone and joins the culinary career. 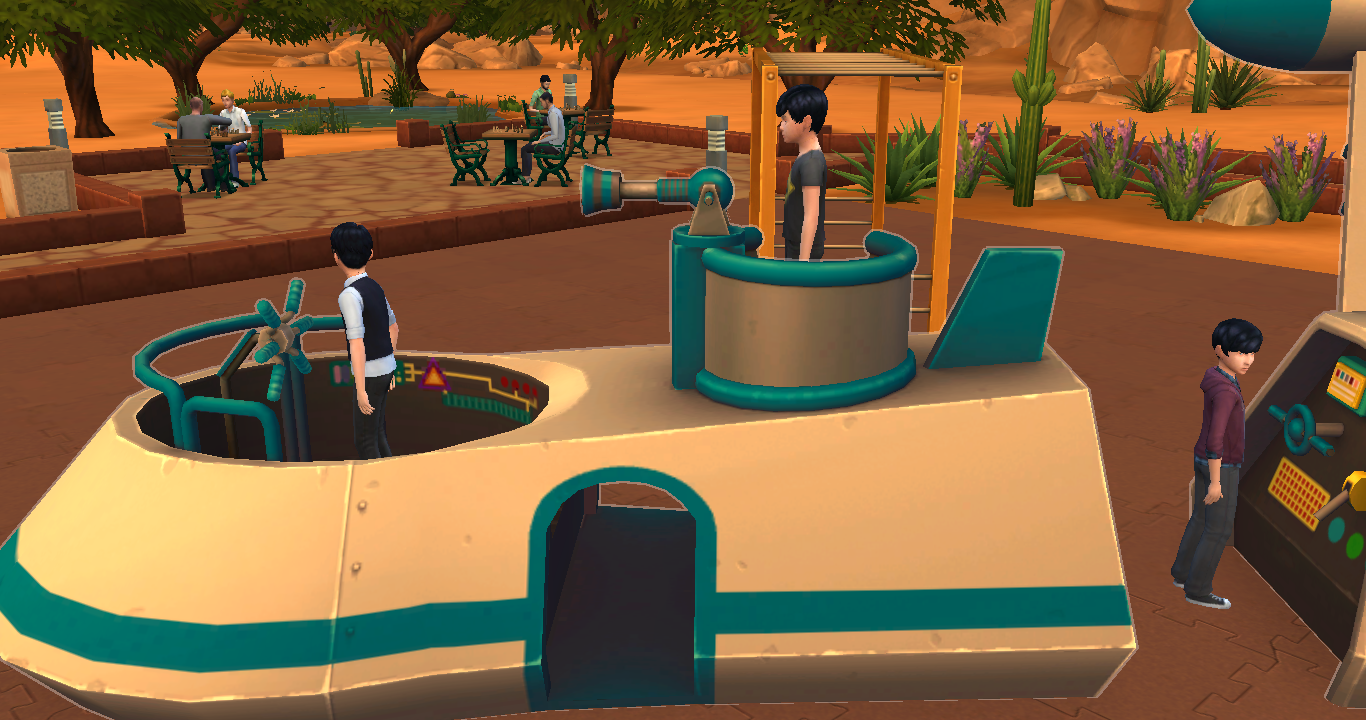 June goes to the park and there are the Goth boys playing and reminding her of Mortimer.
She doesn't see anyone interesting and goes home. 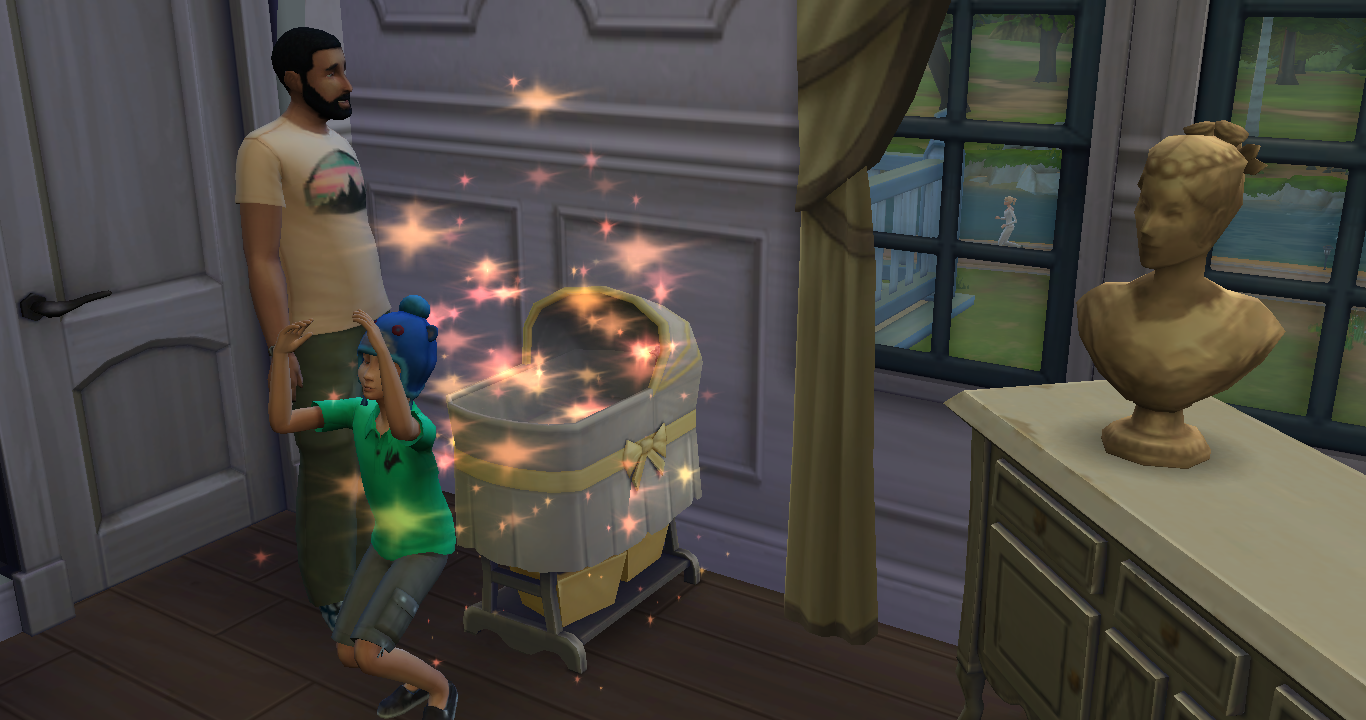 Meanwhile, at the Pancake house Chandler ages up to a child.
Isn't that hat adorable?  If you were wondering he has his Mom's haircolor. 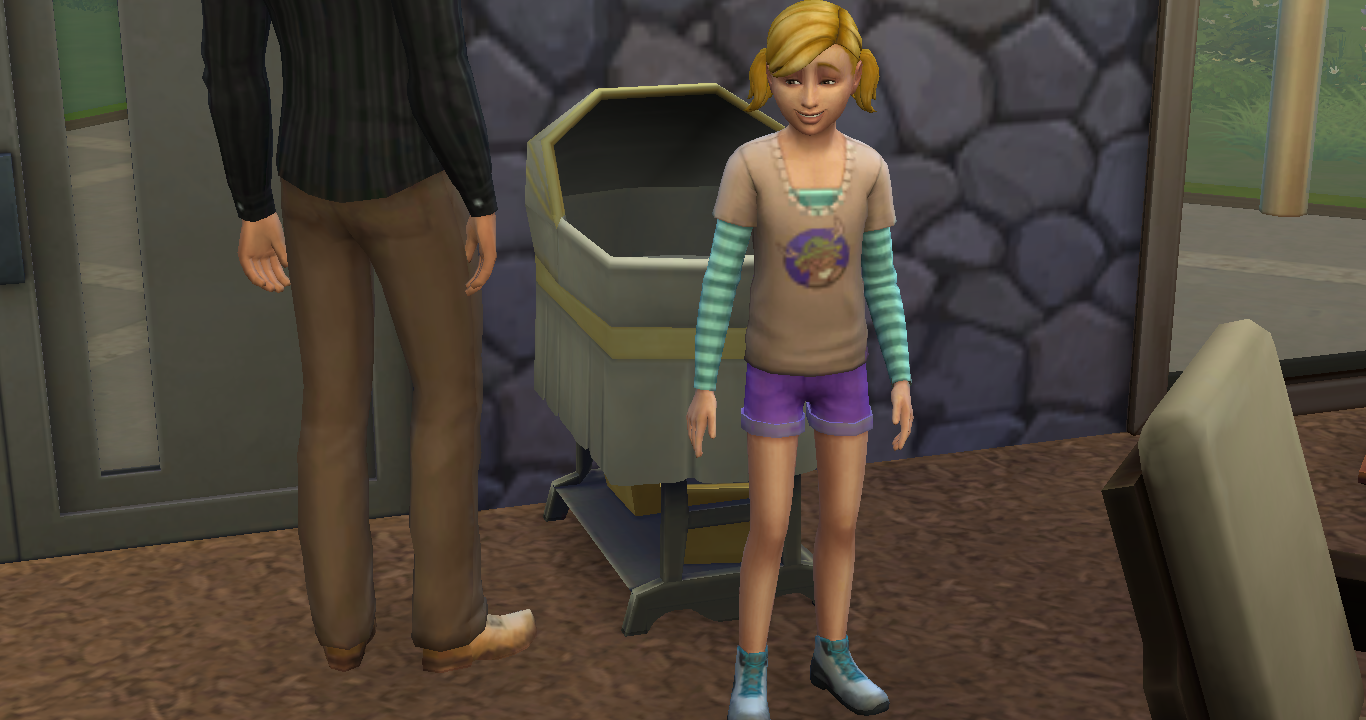 Over at the Jones's house Mercedes is aging up too.

After seeing Mercedes age up they decide to have another baby.  Elora is pregnant again. 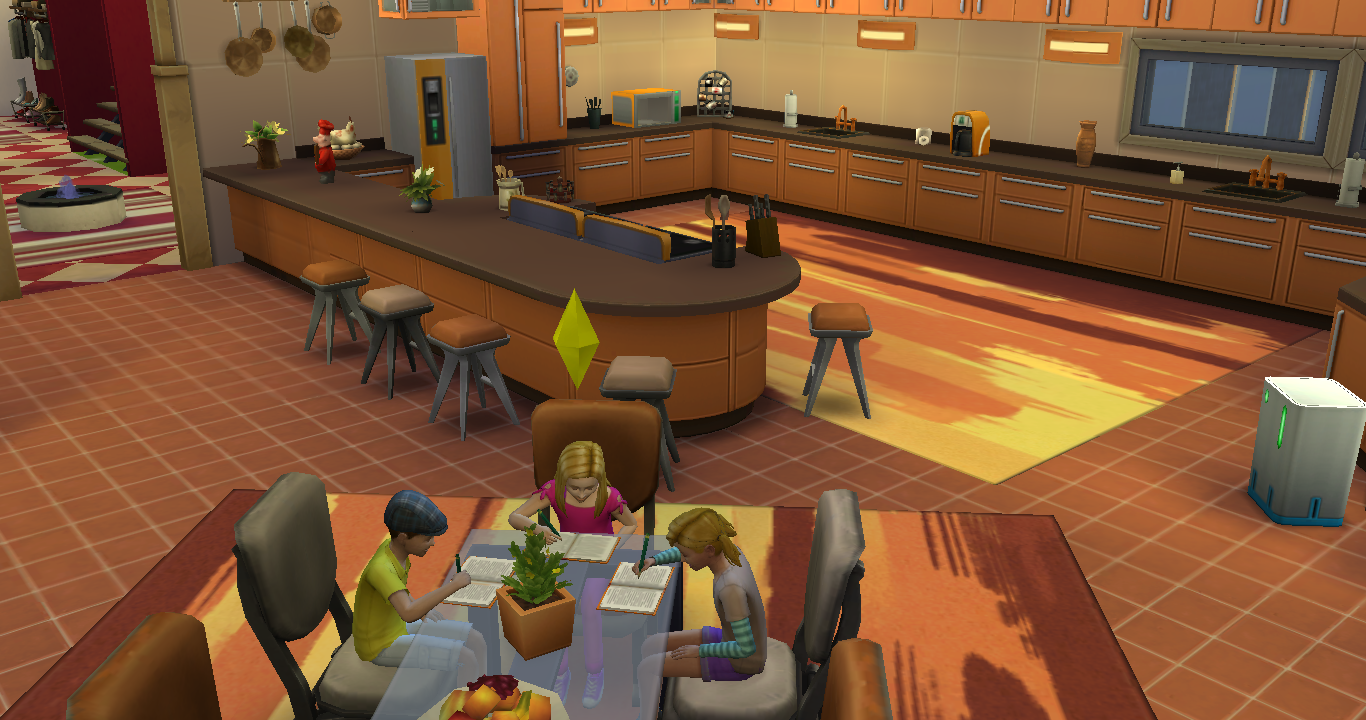 Time for a break from the Jones family.  I decide to check in on the Purdue twins. 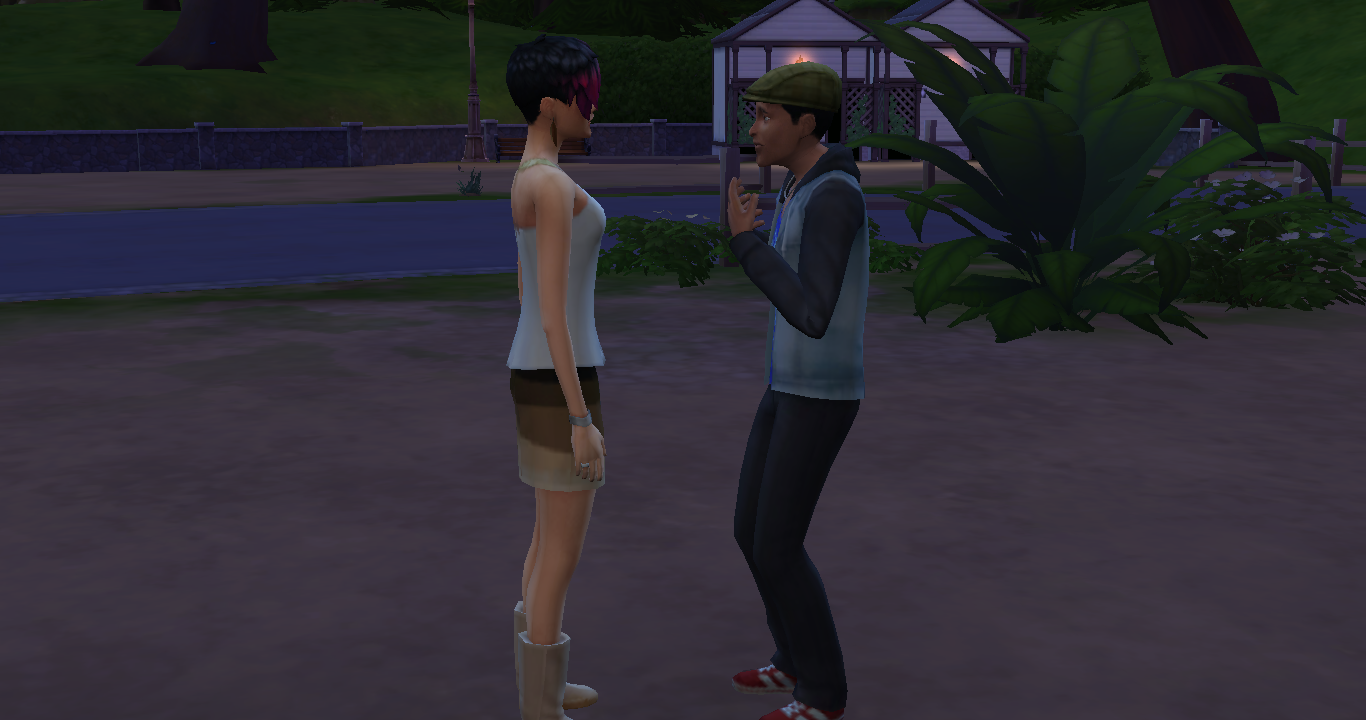 Ollie meets June Kay.  No matter how hard I try I can't get them to like each other.
They end up with a red bar.

Cassidy goes home.  Her loner trait is making her all tense around the new people.  When I check later she has a red bar with everyone she met.  That's going to make finding a boyfriend for her difficult.

Surprisingly most of the girls at the park were teenagers.  Mabye it's time to play the Landgrabs and get Malcolm a girlfriend?

The next day both Ollie and Cassidy earn promotions at work. 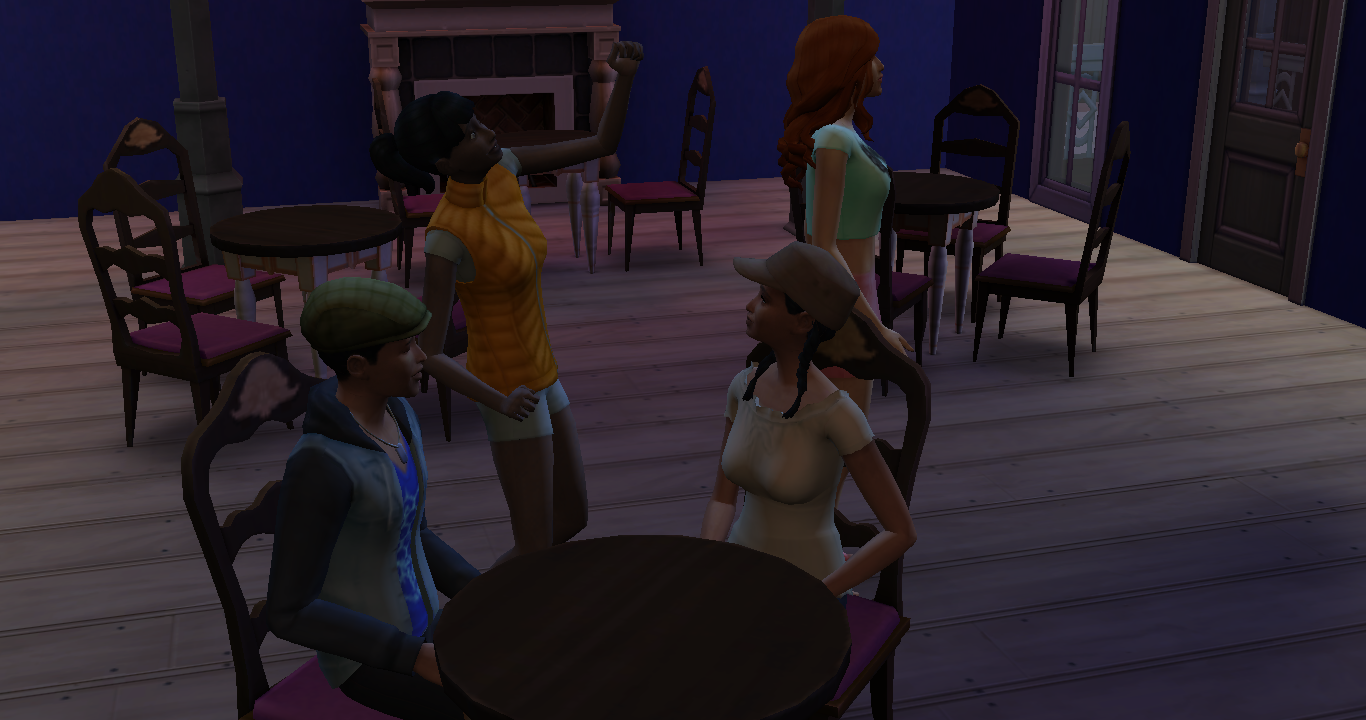 Ollie meets Trinity Valdivia at the nightclub.
I've seen her several times while playing other sims and wondered if I could match her up with someone. 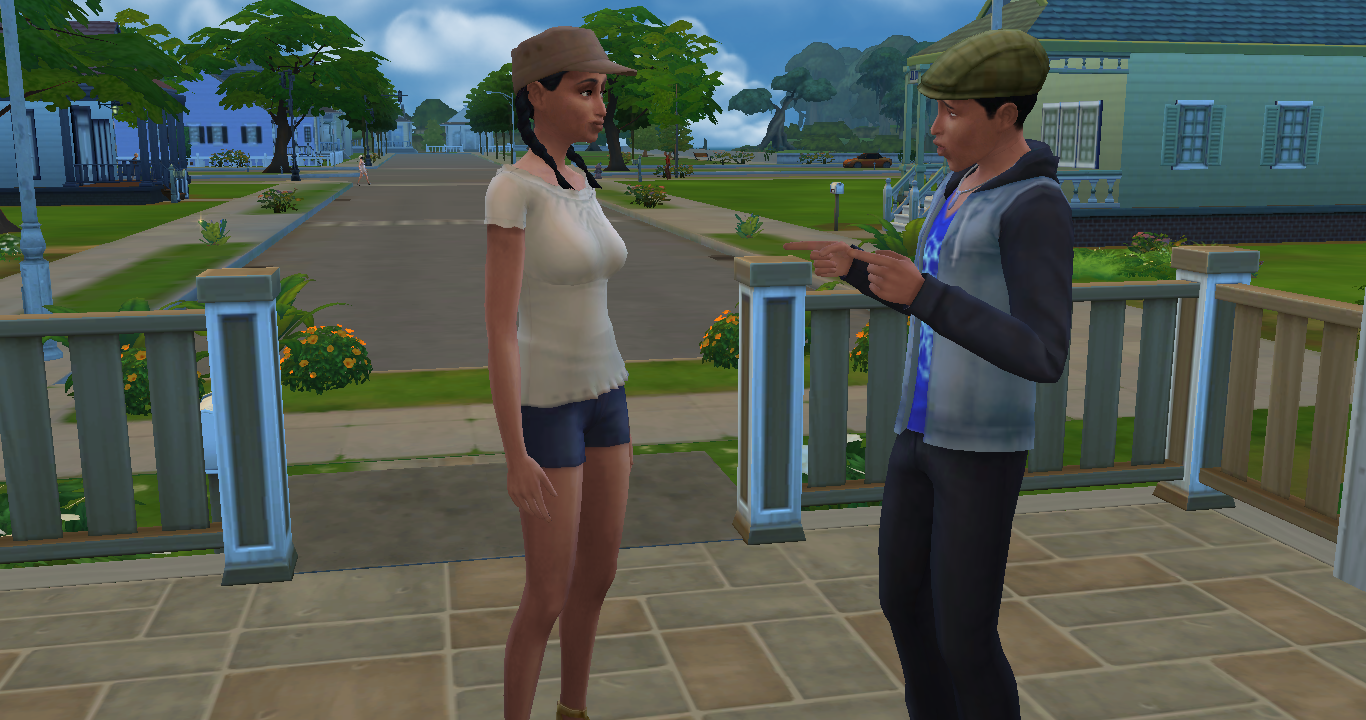 The next day Ollie invites Trinity over. 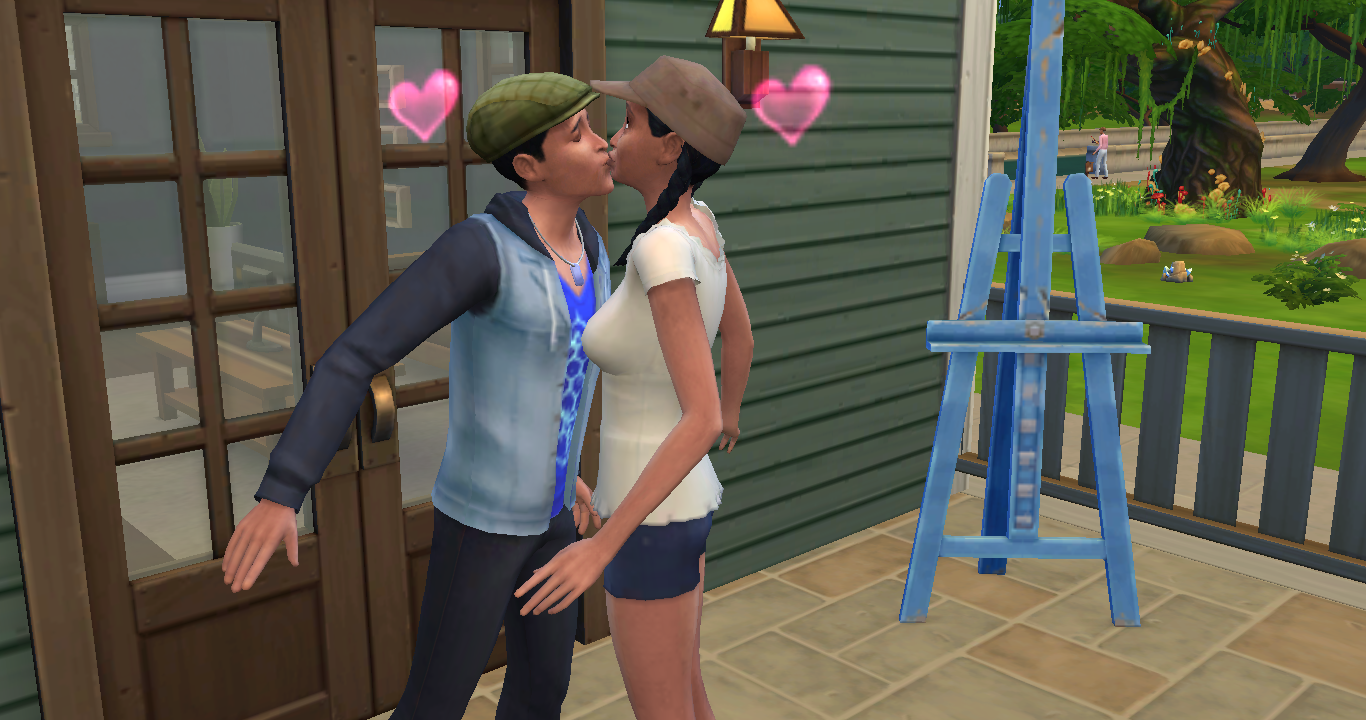 He flirts a bit and they have their first kiss. 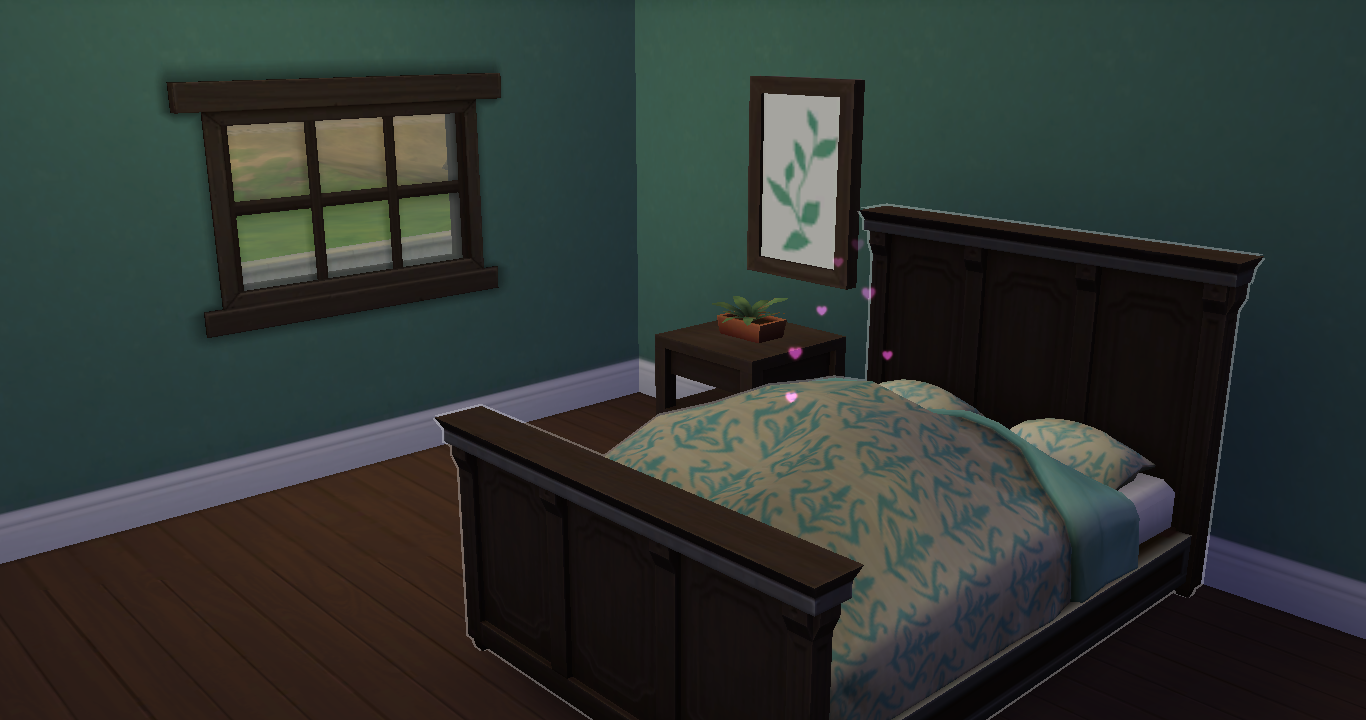 Ollie asks Trinity to be his girlfriend and they seal the deal with some whoohoo. 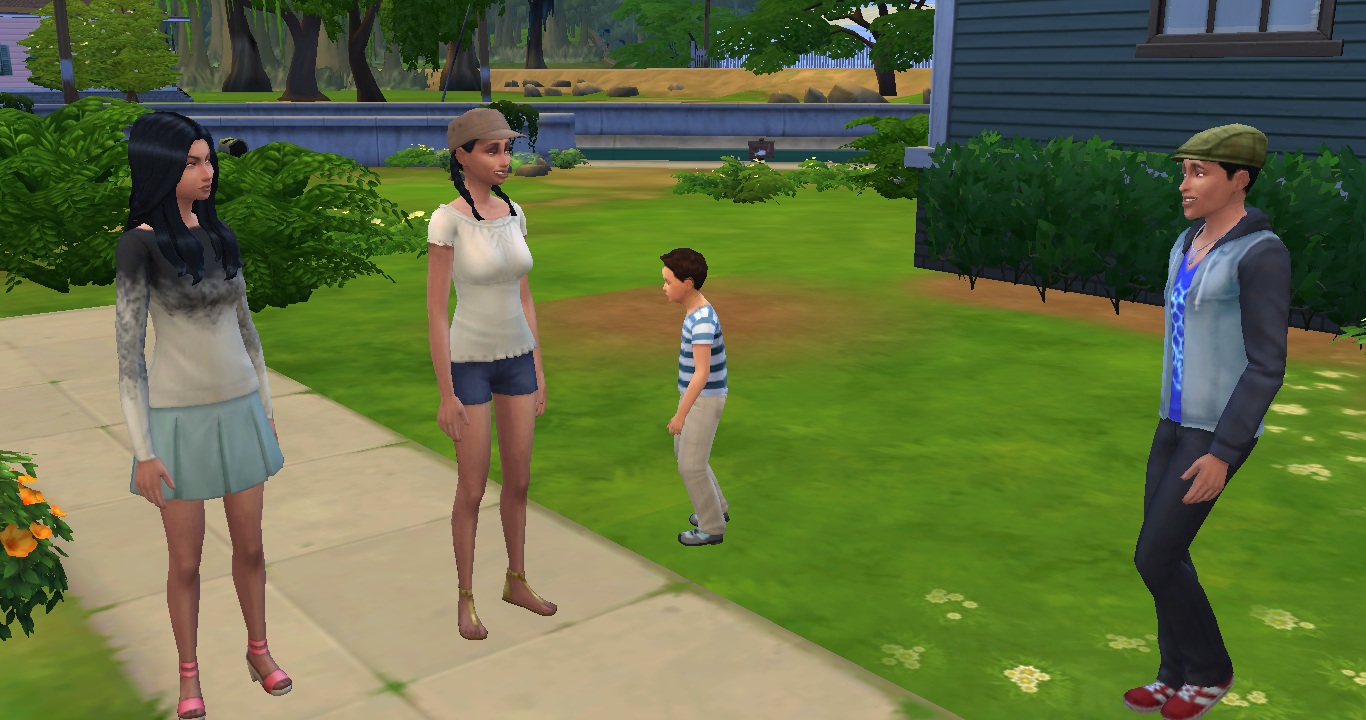 Ollie was feeling lovestruck and spontaneous and asked Trinity to move in.
She agrees and then a couple minutes later there's a knock at the door.
"Oh by the way this is my teenager daughter Gemma and my son Alex."
Ollie doesn't know what to think of his sudden ready-made family! Cassidy knows what to think: she's not happy!

After that drama I switch to Johnny Zest, intrigued by his story. (I changed his hair) Johnny sees his mother Nancy Landgrab outside of his trailer.
"Why do you hide that I'm your son?" he yells.
Nancy has nothing to say and leaves.  Snob.

Johnny practices guitar for work.  He wonders why a comedian needs to play guitar anyway?  Then he goes to visit his new neighbor.  He has no friends and it would be nice to know someone. 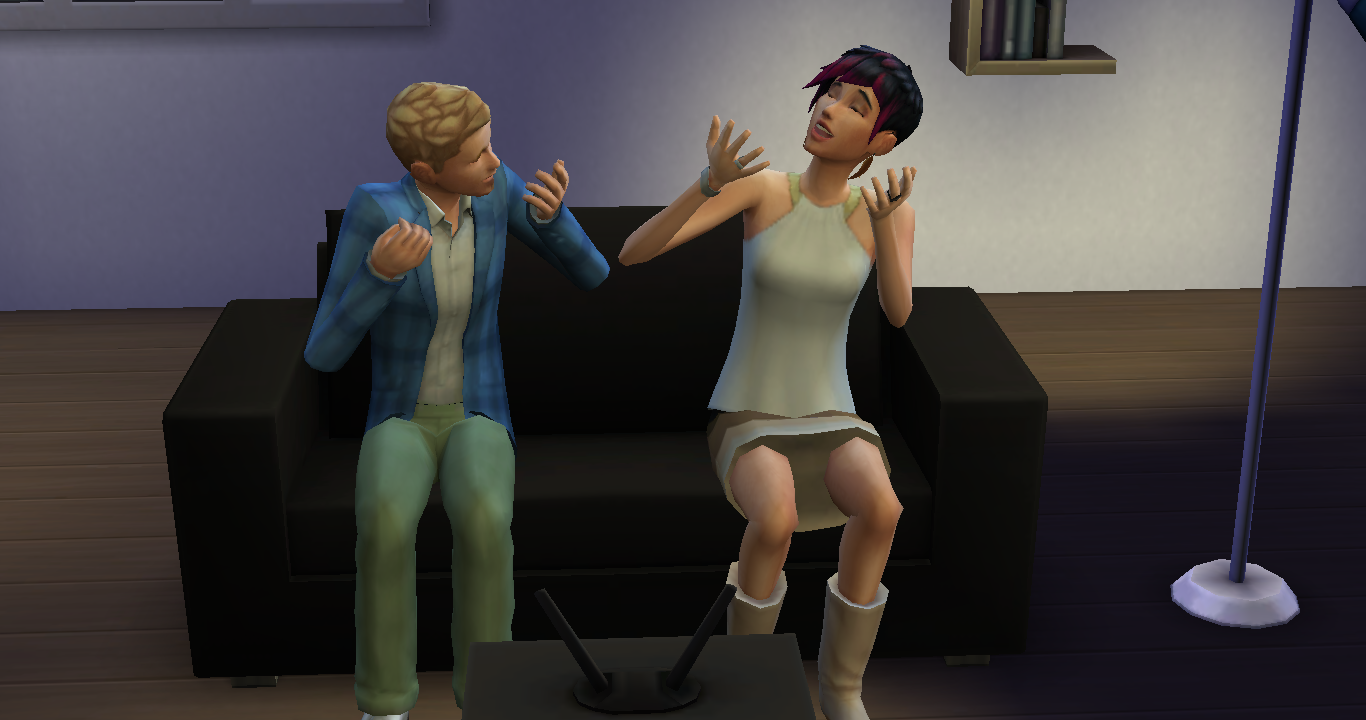 Johnny and June hit it off right away.
She laughs at all his jokes. 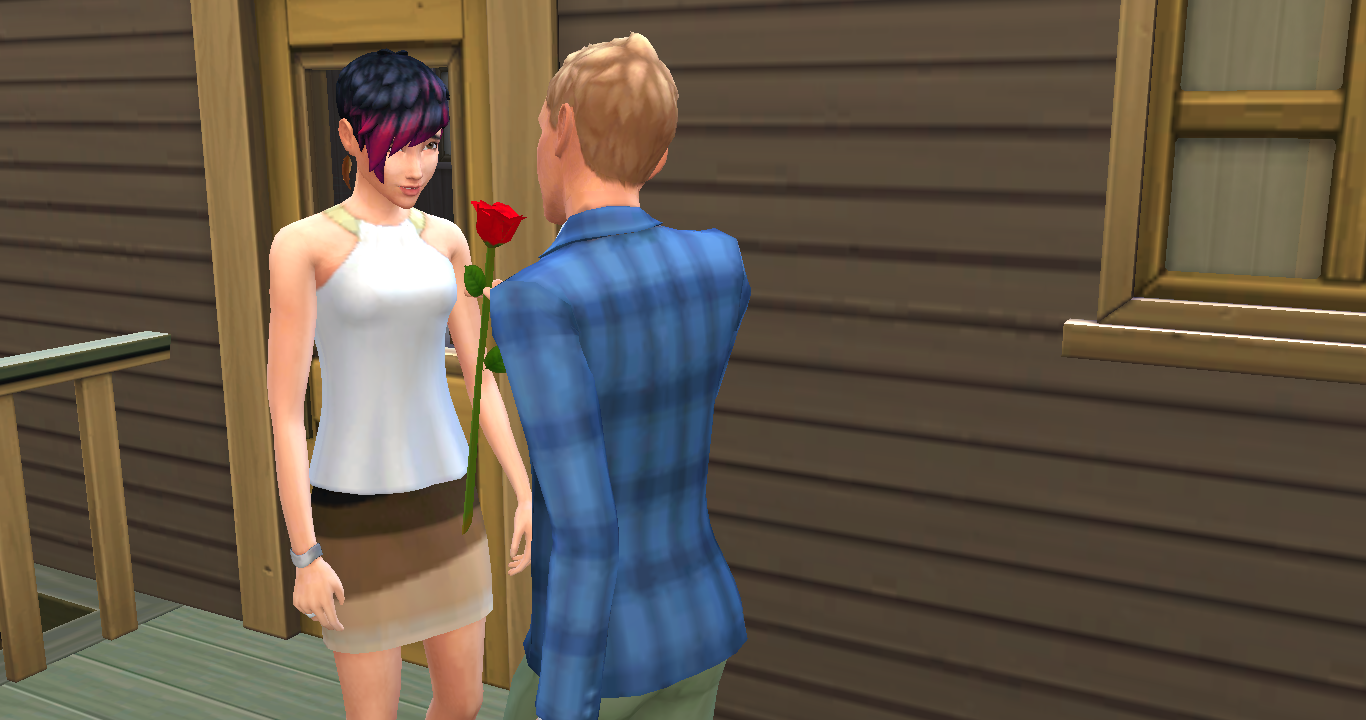 The next day Johnny invites June over and tells her he has feelings for her. 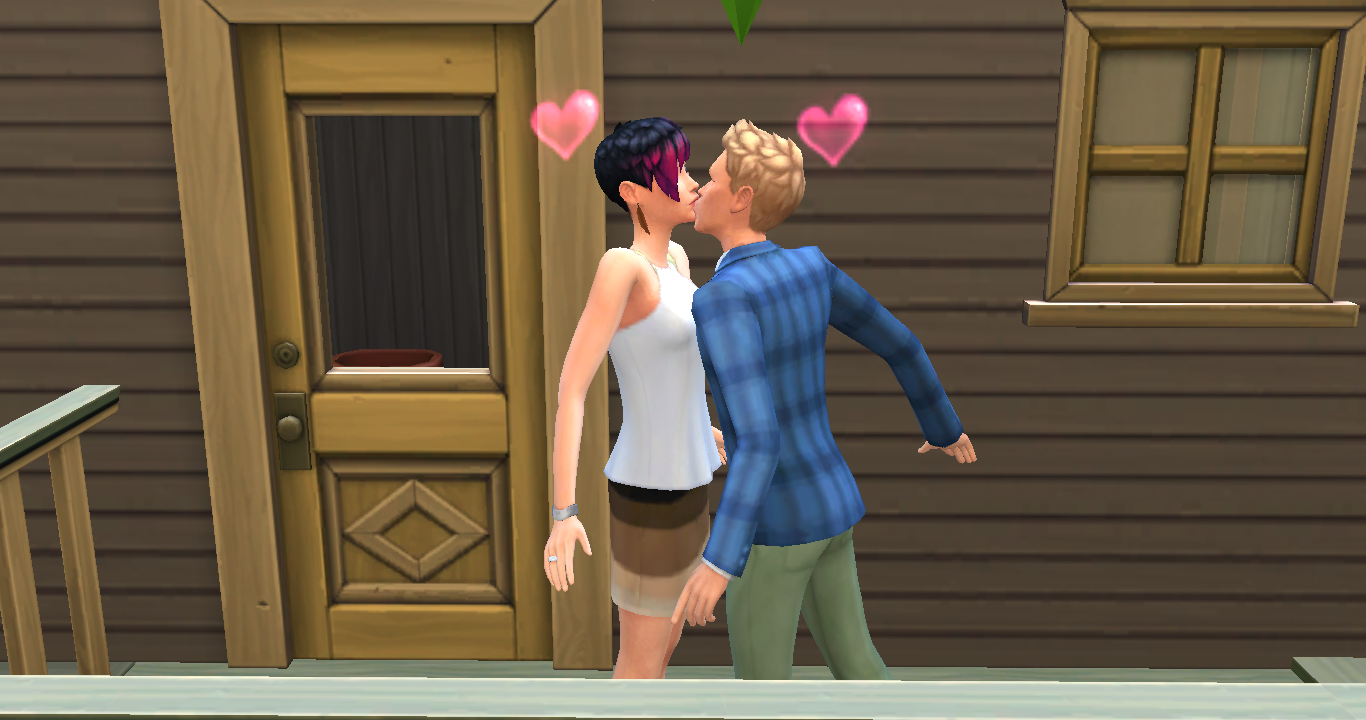 June lets him give her a kiss.

What will happen with Johnny and June?  Can Ollie handle his new pre-made family?  Can Cassandra stand it?  Will the Pancakes or Jones have any more babies?  Guess you'll have to wait for the next chapter to find out!