I realized that I'll need to get the plants from Outdoor Retreat.  They go to Glacier Falls on vacation for a couple of days.

They tried for baby in the tent but I have no idea if they are pregnant or not because the public restroom doesn't have the pregnancy test option.

After awhile I figured Skyla wasn't pregnant but when I chose try for baby on the tent it popped up that she was eating for 2! Good thing I made the trip only 2 days. 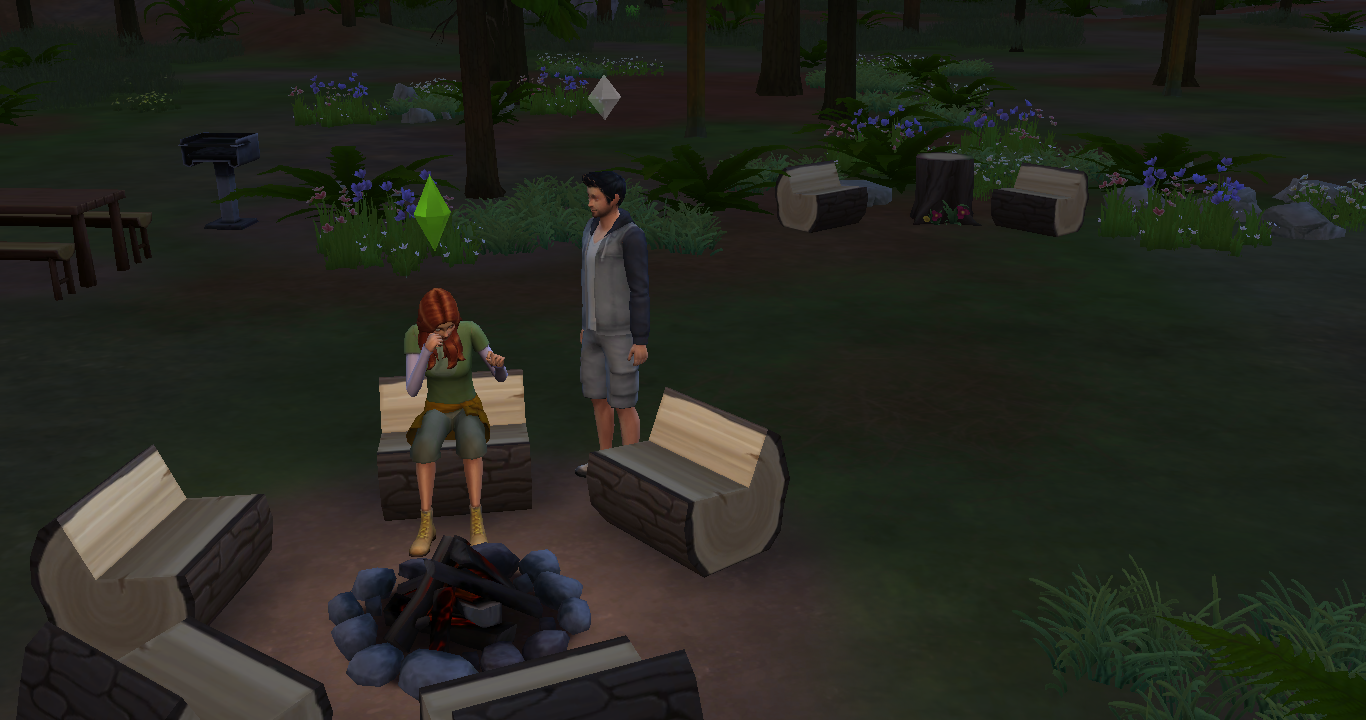 Skyla explores the Deep Woods and takes a cutting of a potato plant.

Their trip to Granite Falls got them some new fish and a few insects.

I built them an outhouse because Skyla has to pee all the time and it's annoying having to send them to the park to use the toilet. 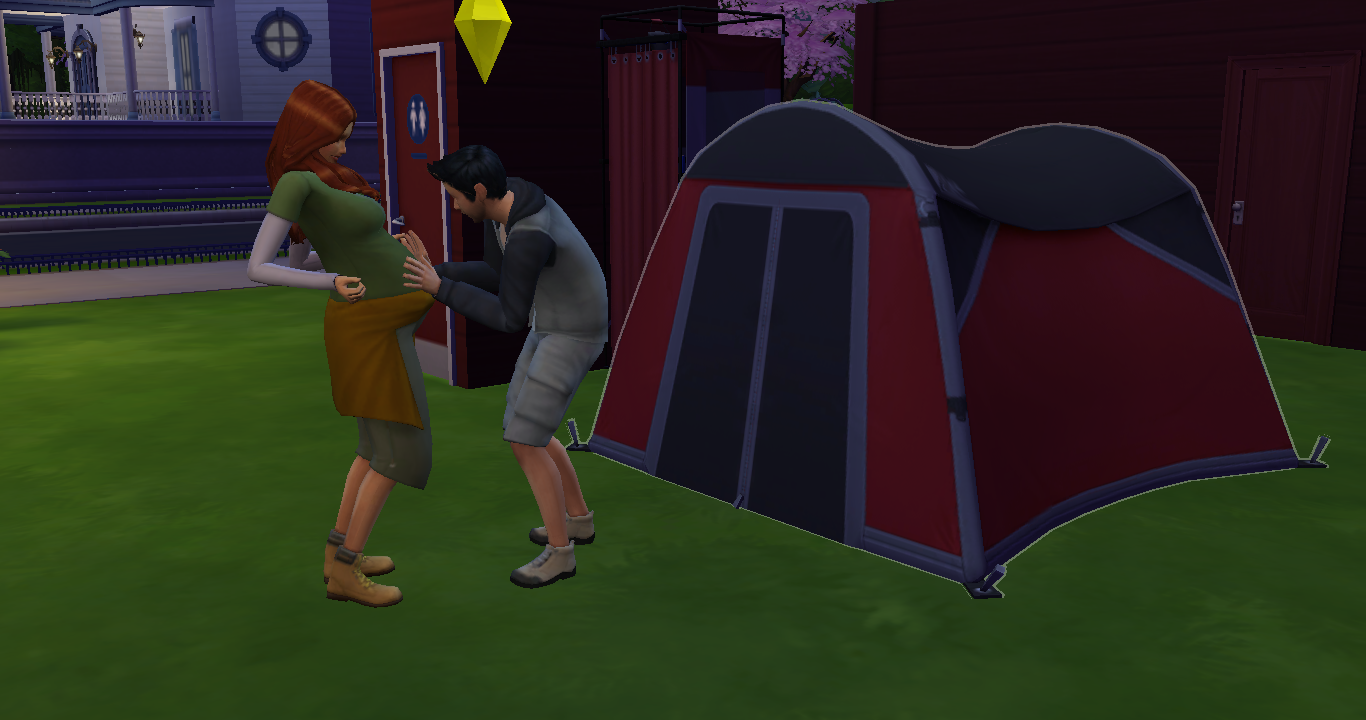 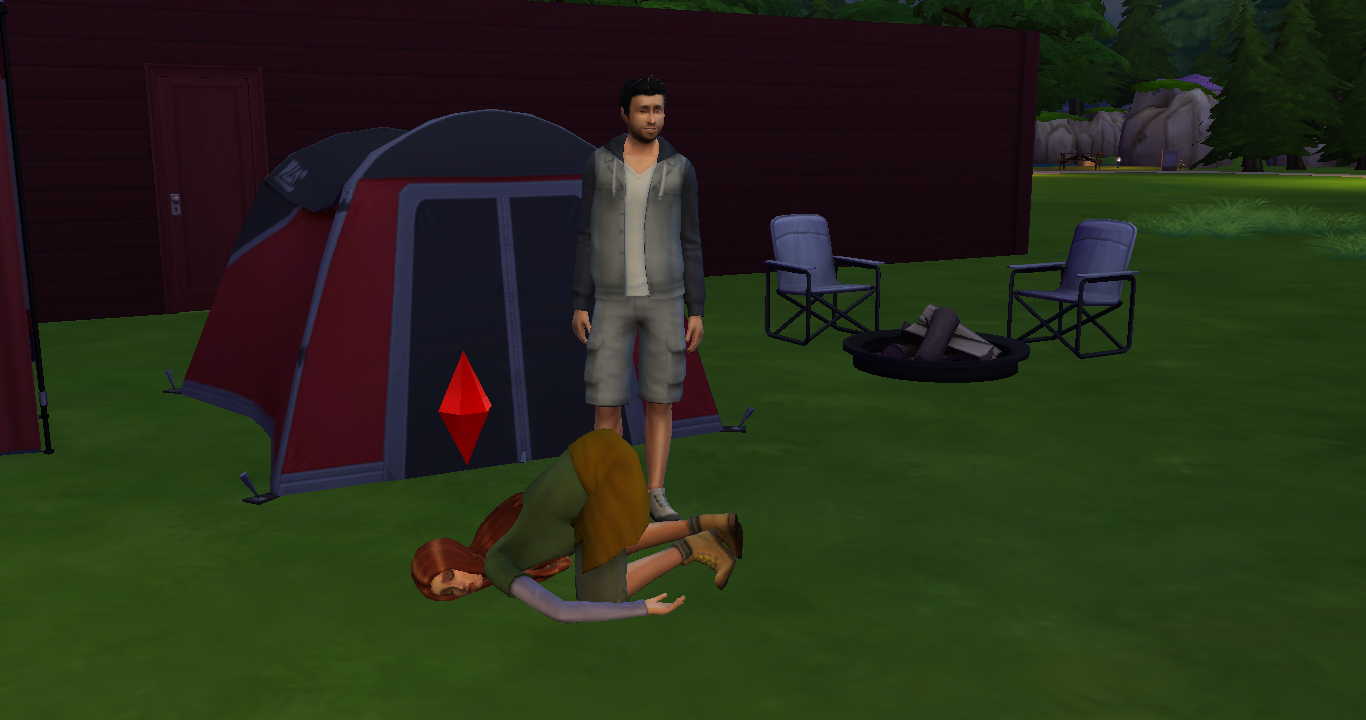 pic:  I guess it's Skyla's turn to pass out right before going to sleep.  She was in labor. 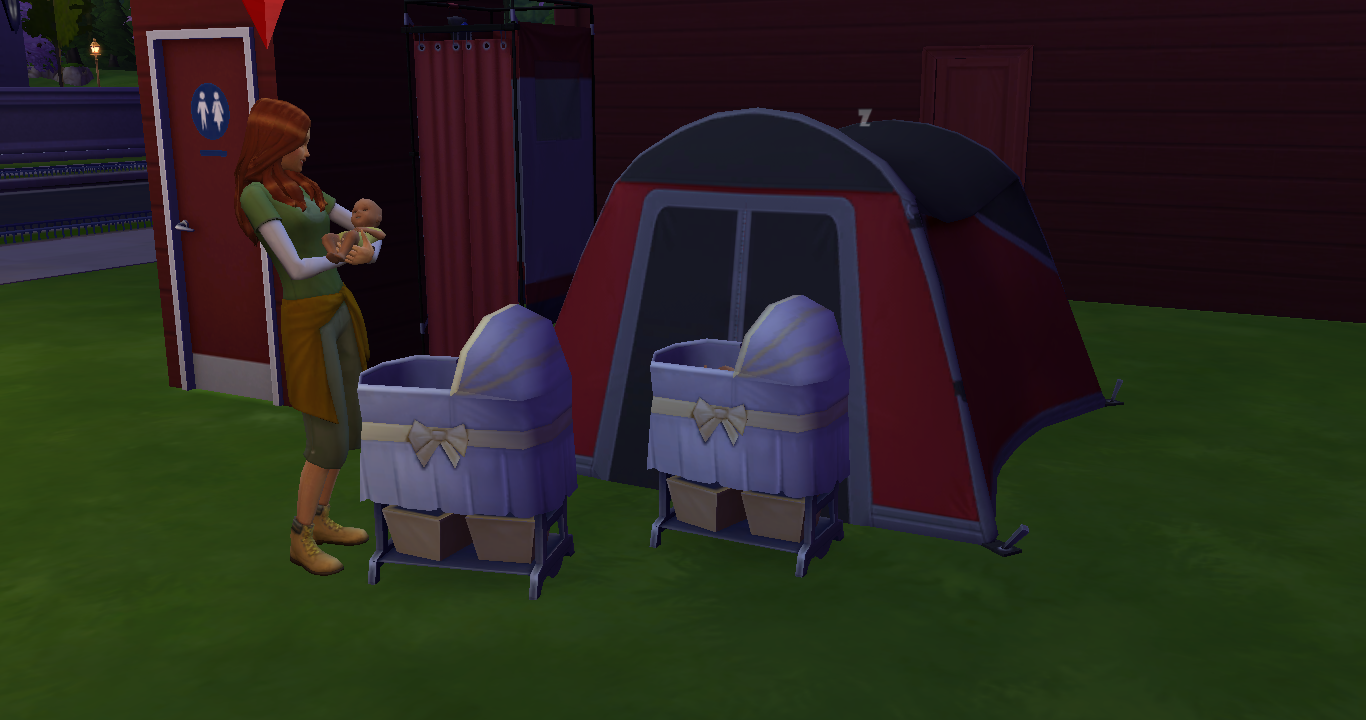 pic:  Surprise!  Even with fertility treatment I couldn't get twins in my last part of the 100 baby challenge and bam here goes Skyla having twins!  Their names are Jade and Jasmine.

It's really hard for Skyla to take care of the twins and the garden.  Every time she starts taking care of her plants a baby cries. 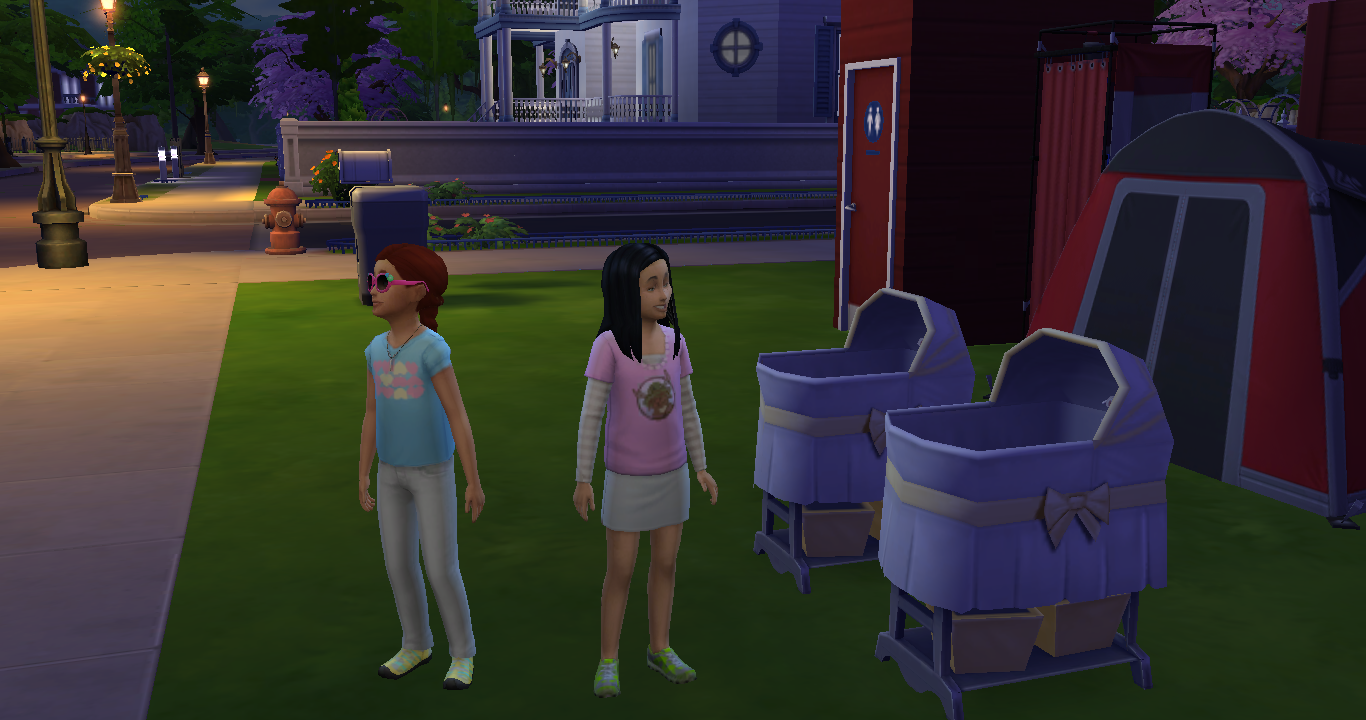 pic:  Jasmine and Jade age up to children. 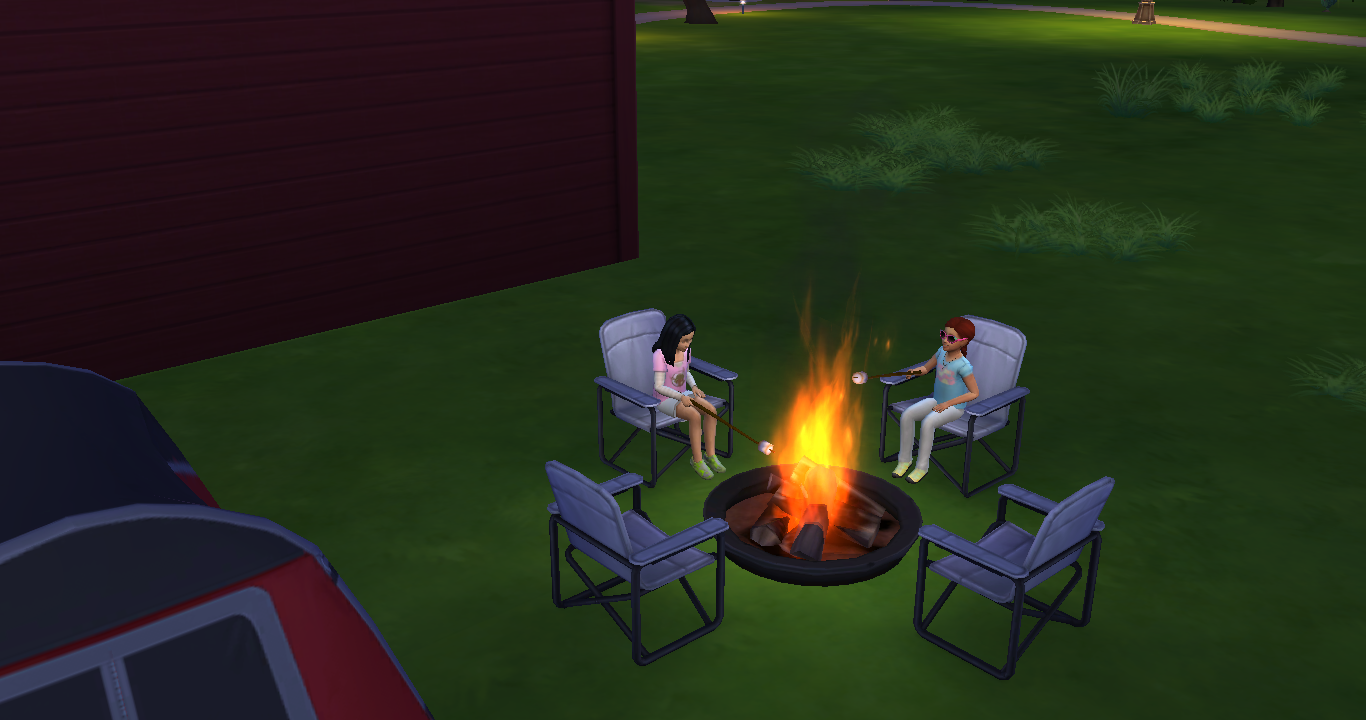 pic:  The girls roasting marshmallows.  Which is the only food they can make for themselves.  I transferred a bunch of apples from Skyla's inventory for them to eat but they have to eat like 4 to fill up and it takes forever to transfer.  Up to this point Skyla and Jax were just roasting fish.

I finally give in and buy a grill since it's so hard to feed the kids.  There is only 3 things I have the ingrediants to make on the grill right now.

I would have played more but my game kept messing up on me.  It will lag and is very annoying.  This kept happening with the 100 baby challenge so I know it's not the save file.  I have no idea how to fix it.  Hopefully it will work ok today and you will have another update tomorrow.